Late in the afternoon on New Year's Day, a juvenile red tailed hawk entered the north end of Tompkins Square.  Christo and Dora quickly sprang into action and tried to chase the young bird out of their territory.  This follows a previous hawk fight in the same area of the park late on Christmas Day.

In the row of trees that separate the swimming pool from the children's area, Dora goes after the juvenile.  That's her with the red tail. 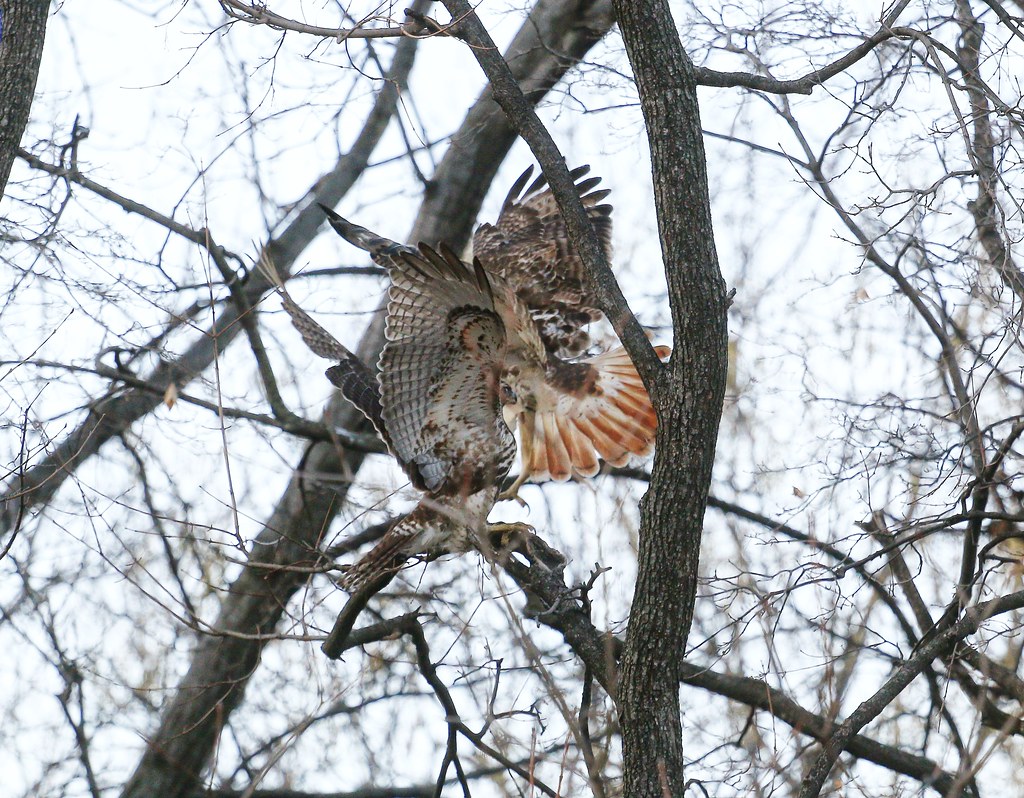 She skims by the juvie as it finds footing on a branch. 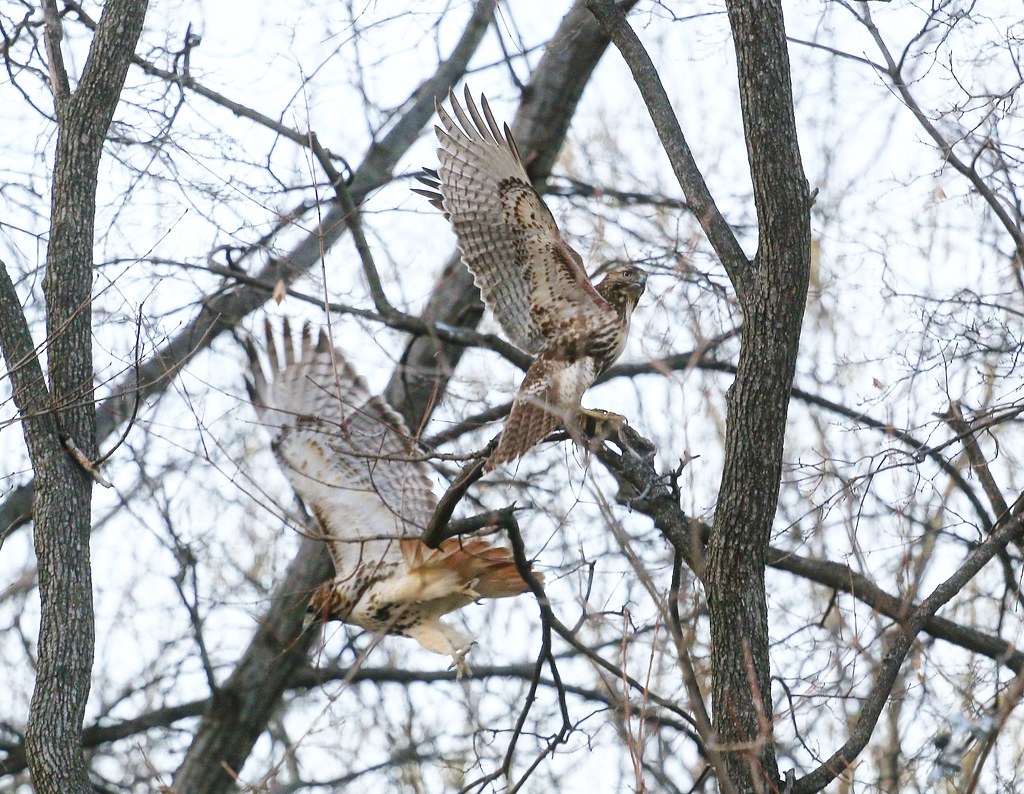 As Dora sails off to the left, the juvenile braces for an attack by Christo, who zooms in from the right. 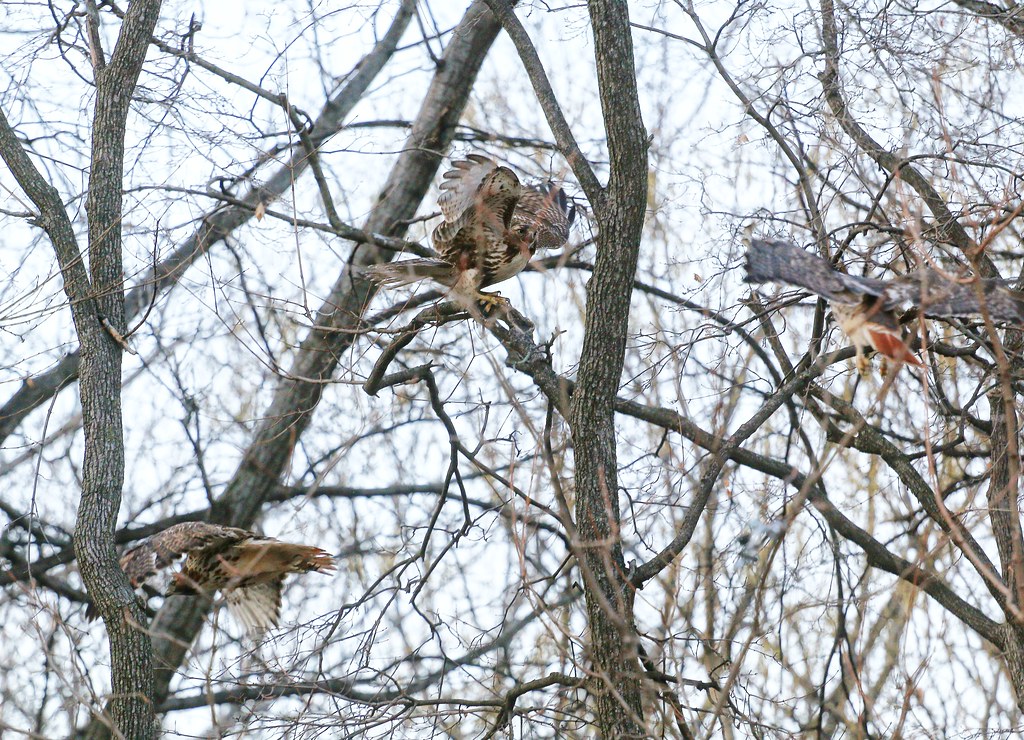 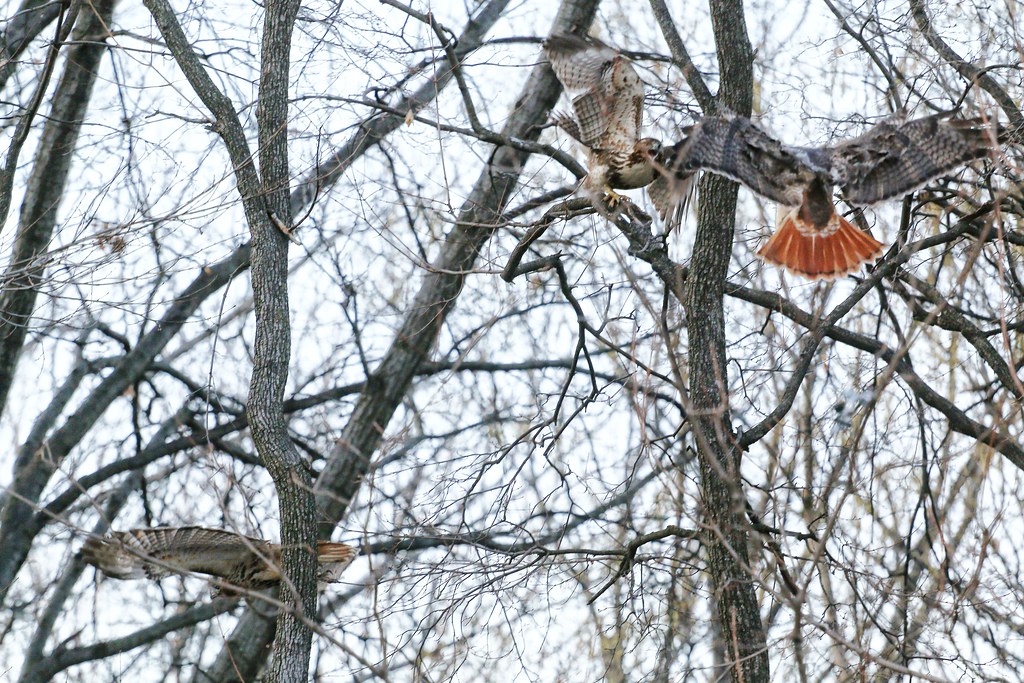 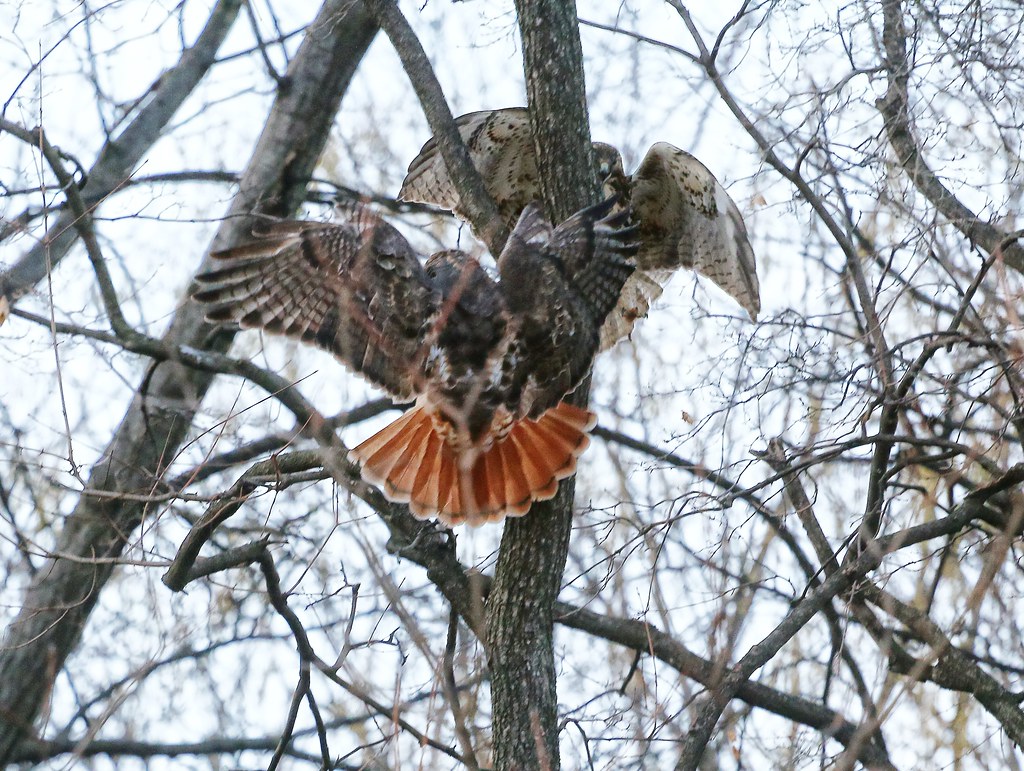 The juvie flies off, but it's not over. 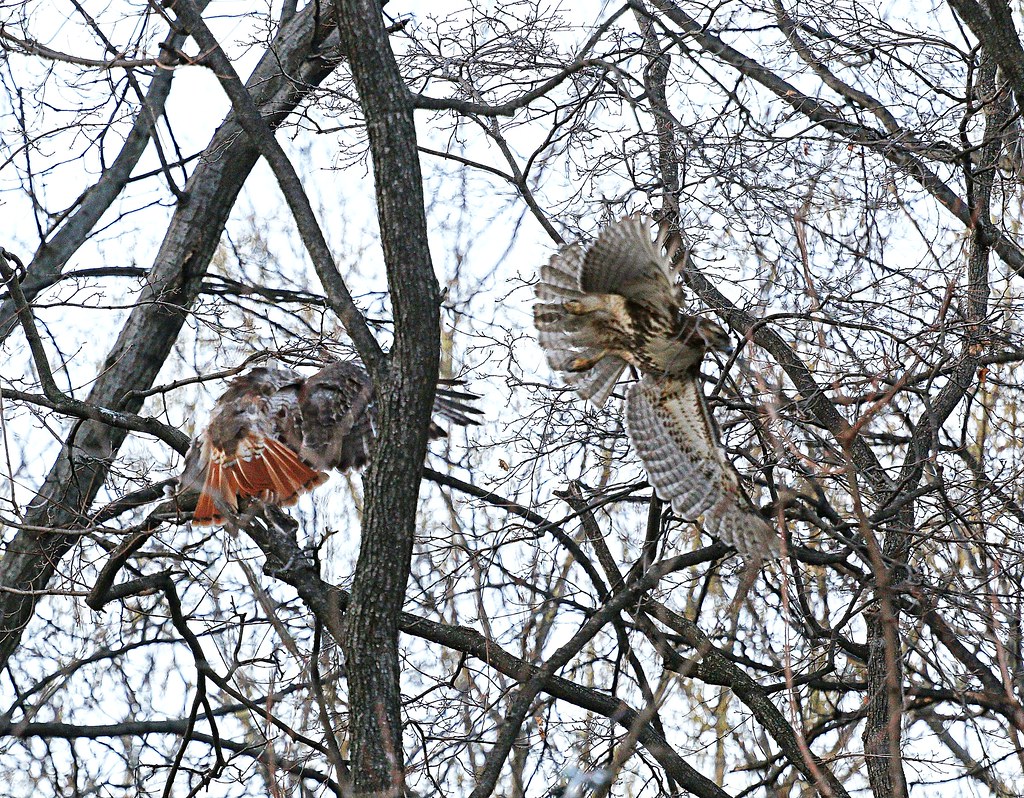 The young bird (left) took refuge in this tree as one of the adults (lower right, I'm not sure which one it is) tries to intimidate it. 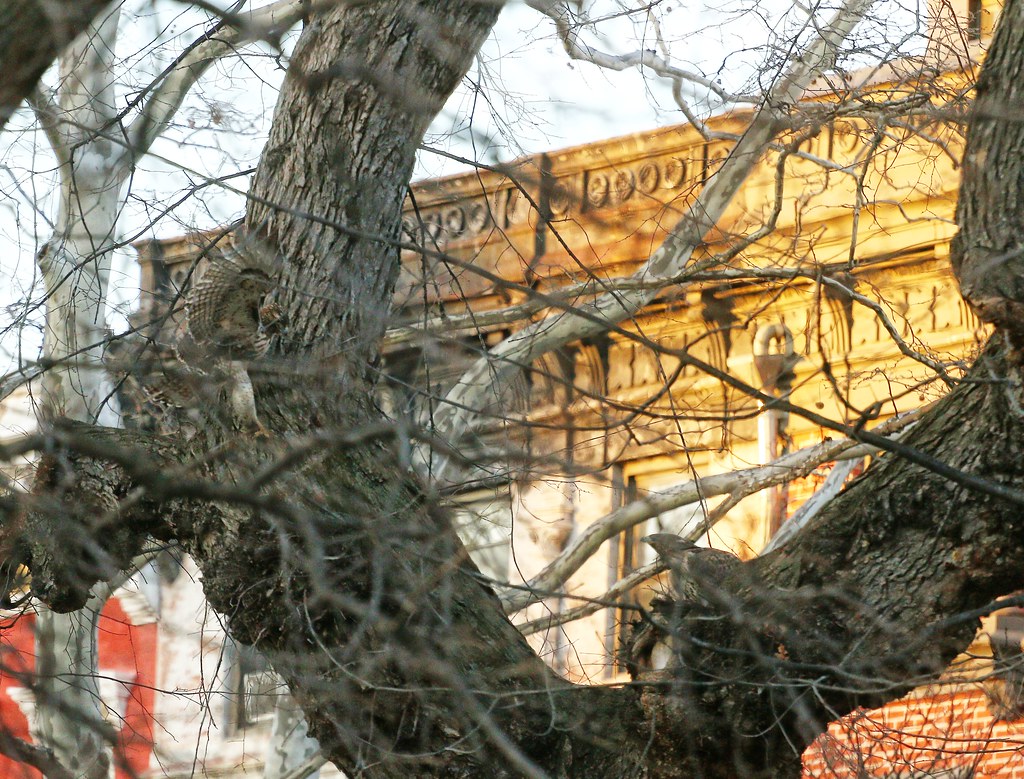 Eventually, to my surprise, Christo and Dora gave up and flew to the south side of the park.  The young hawk stayed in the children's area until the sun went down, at which time it moved to a tree on Ave B & 9th Street. 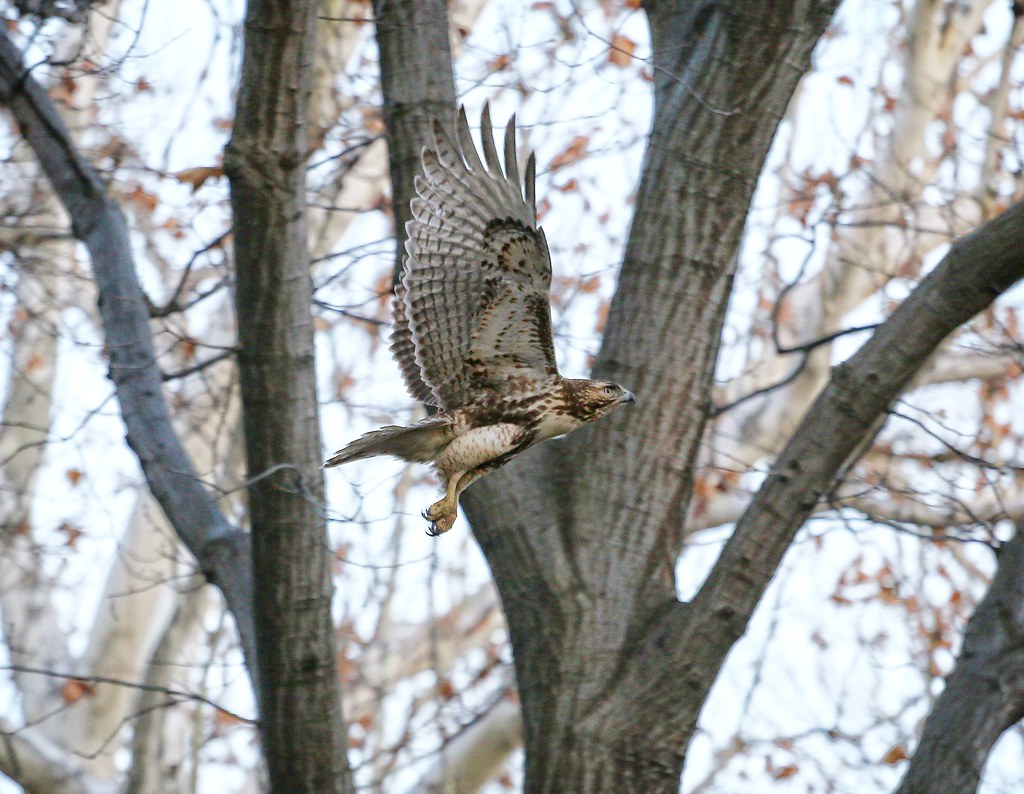 It's a beautiful and healthy looking bird... 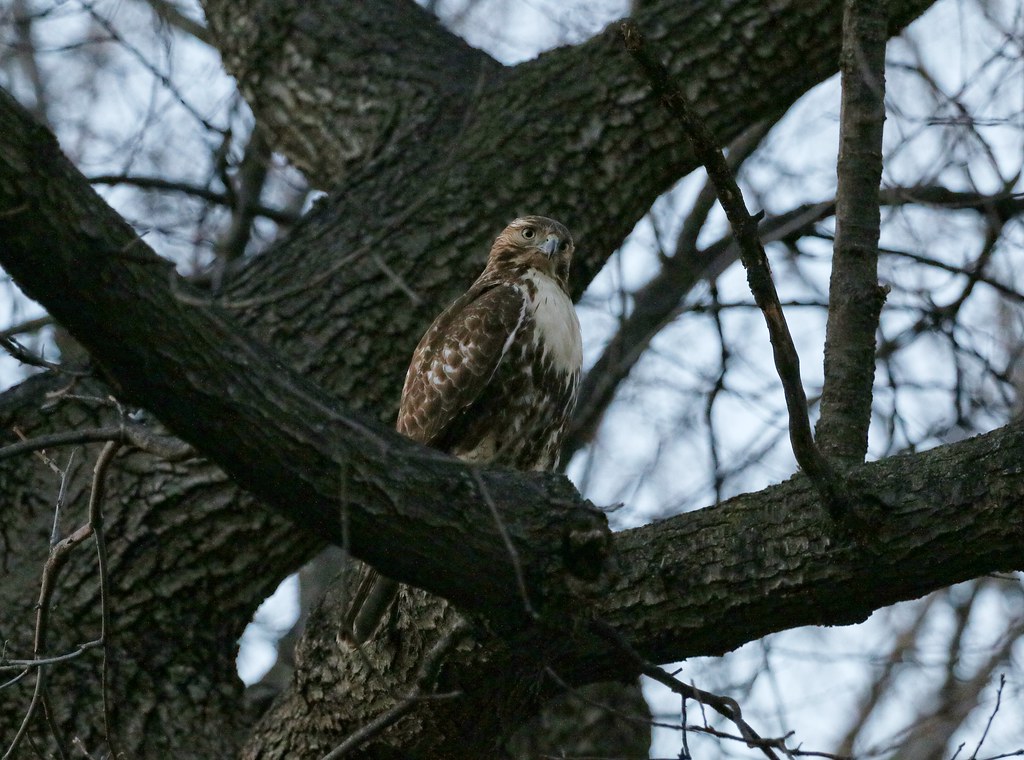 I'm not sure if this is the same juvenile I've been seeing in the park the last several weeks.  It could be one of Christo and Dora's offspring from last spring, or it could be one of the many juveniles that travel through the park in winter.  As mating season is kicking in, Christo and Dora won't be so tolerant of visitors, so we may be seeing more conflict like this in the coming weeks.

This poor bird had kind of a bad afternoon.  After the fighting, as it quietly recovered in a tree, a squirrel dove off a higher branch and landed right on the hawk's back.  I tried to capture the moment, but it was just too dark for my camera.  The hawk freaked out and jumped around, but didn't give up its branch.  I have to admire this bird's chutzpah! 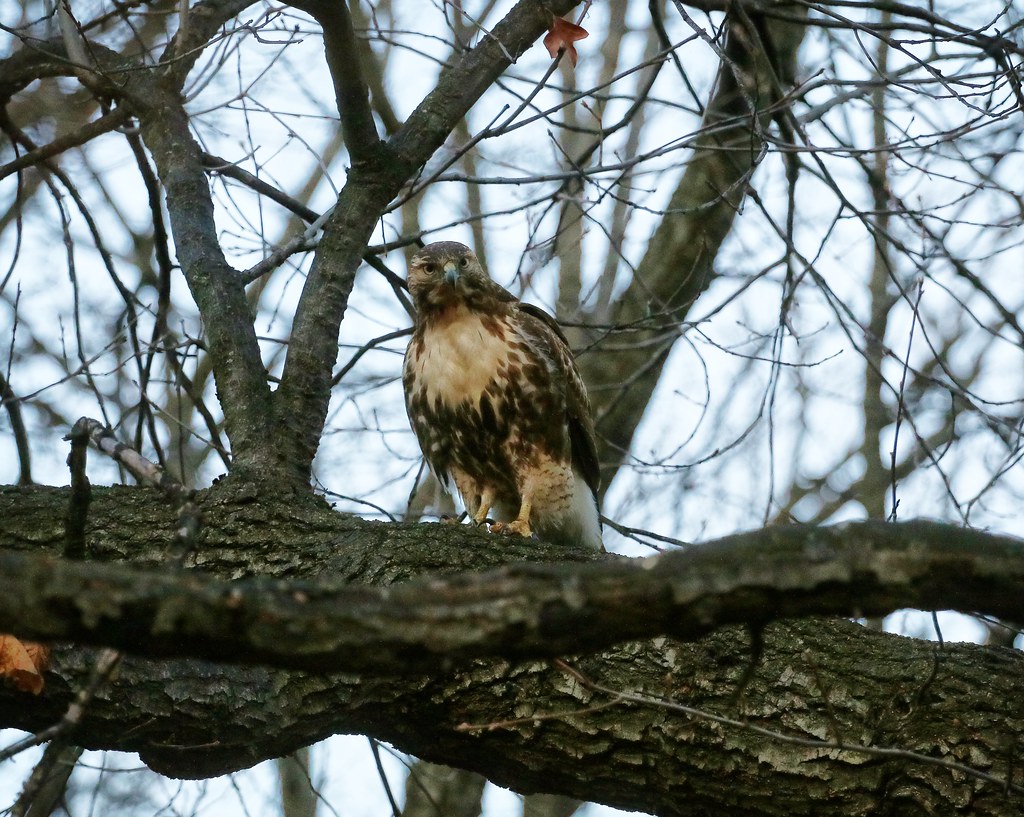 See more hawk photos on my Flickr page.
Posted by Goggla at 9:46 PM