Dora vs a crow

I recently caught Dora the hawk on a break from her nest.  She was perched atop a 20-story building, stretching out and keeping an eye on her territory. 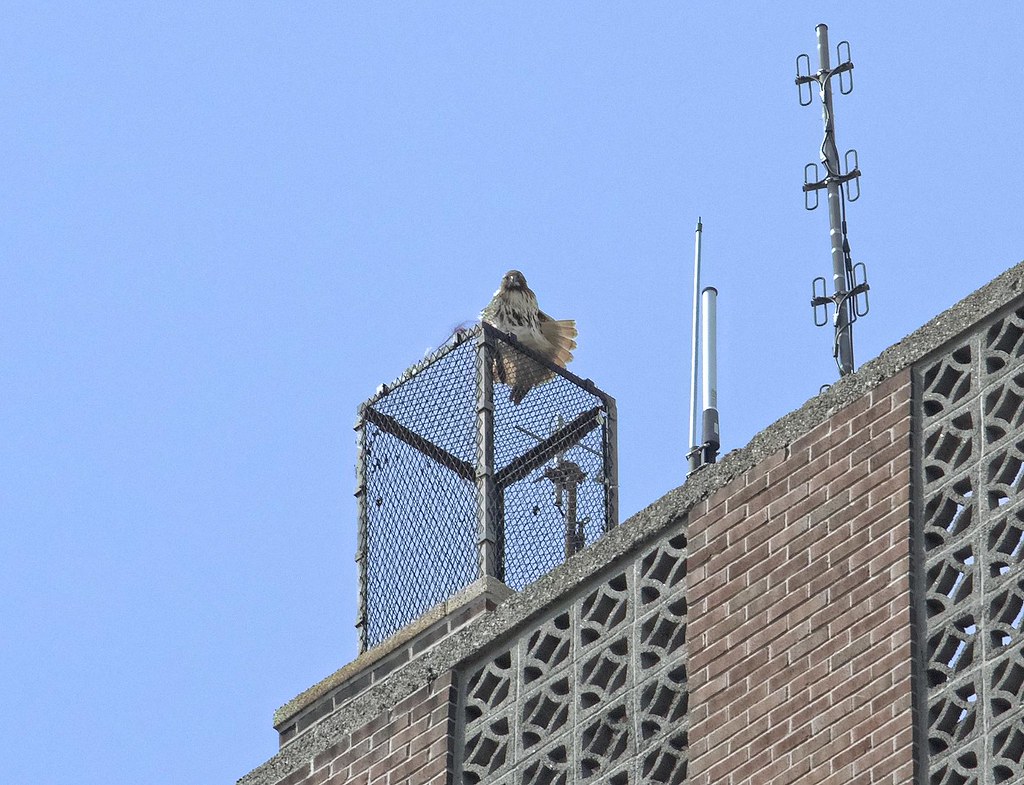 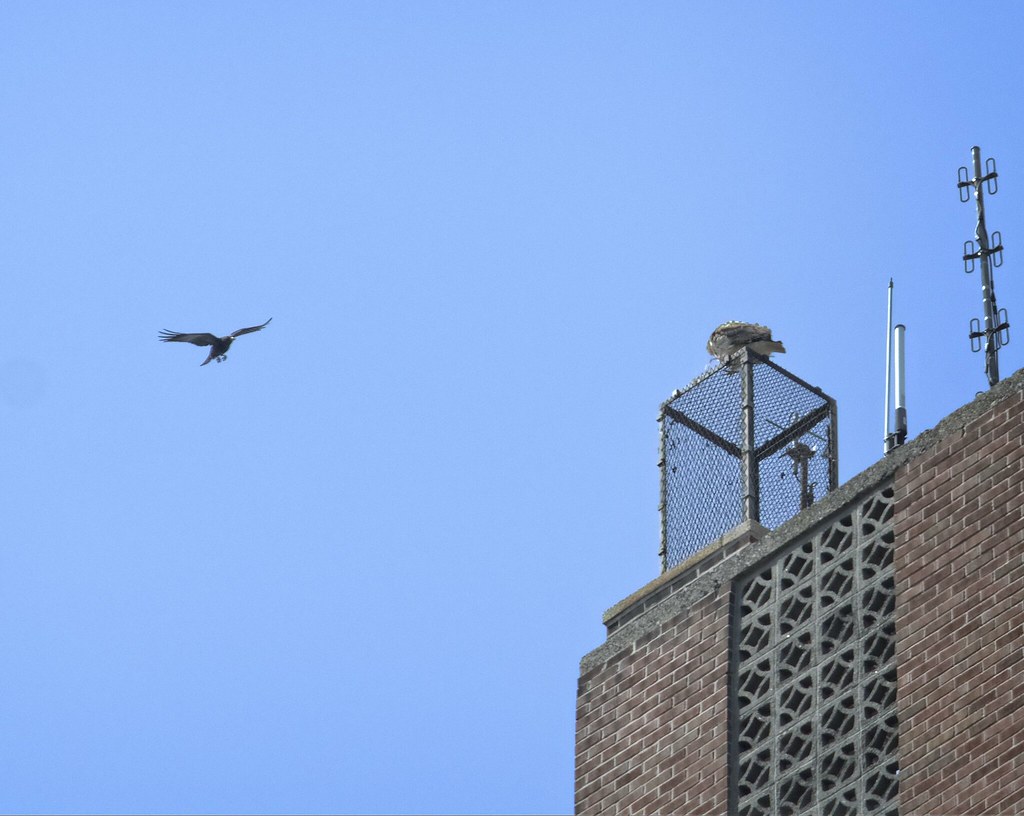 It took aim at her and made several swoops just over her head. 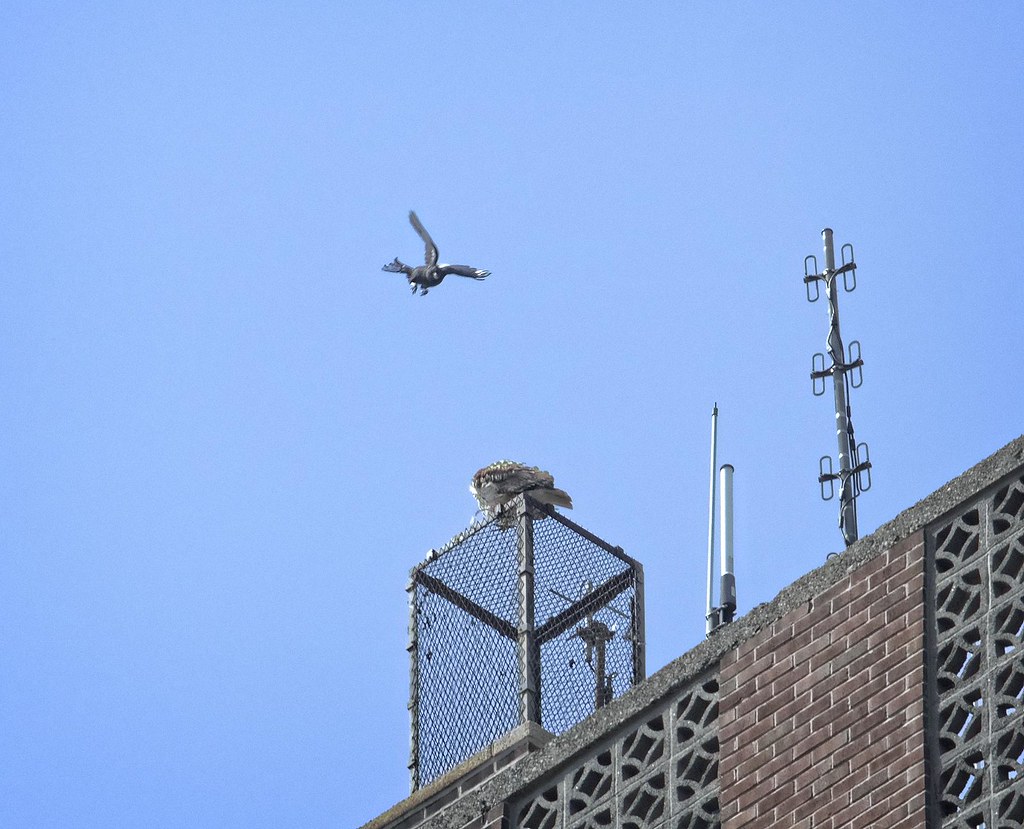 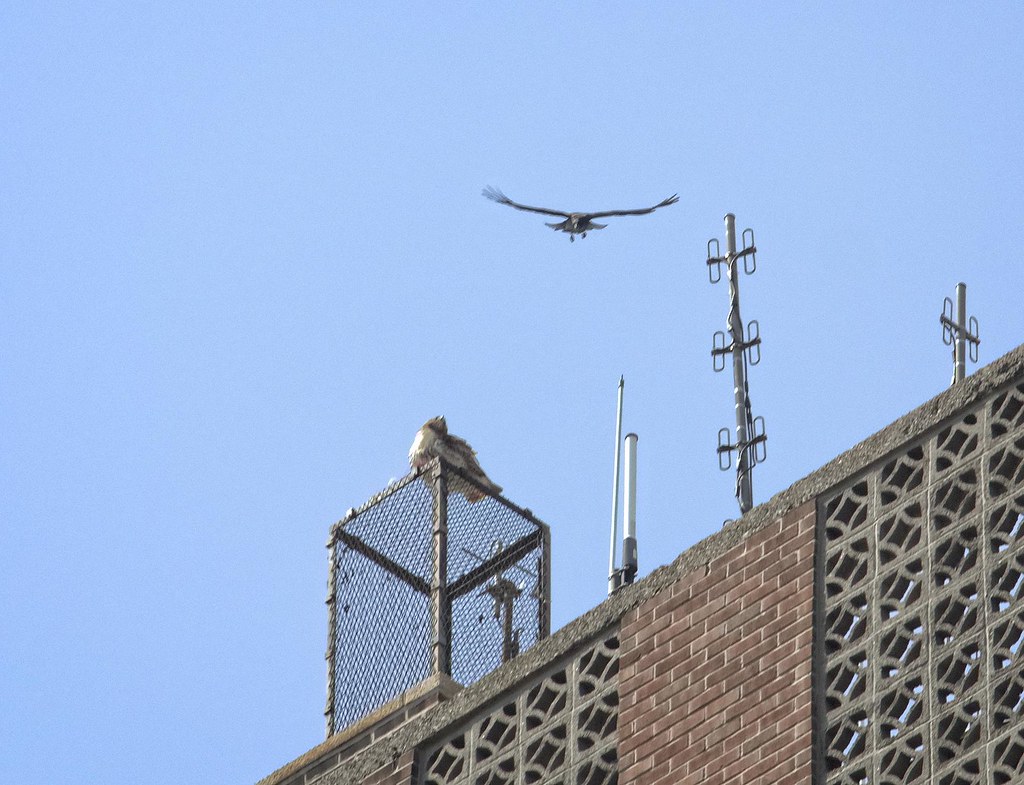 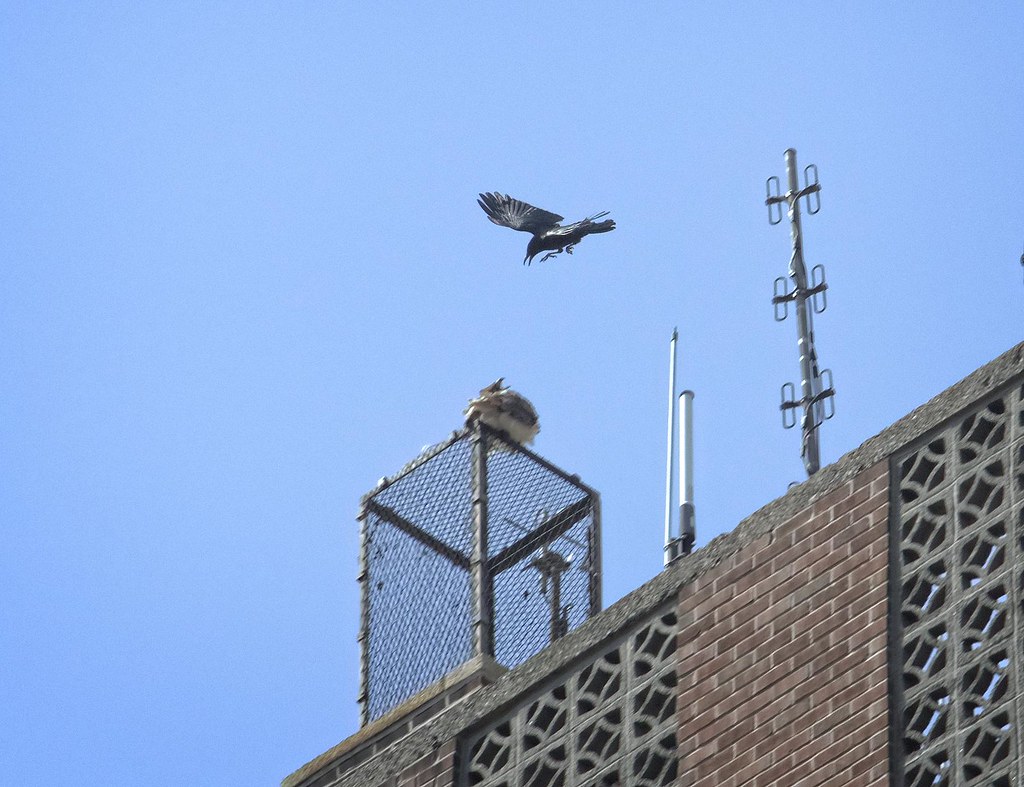 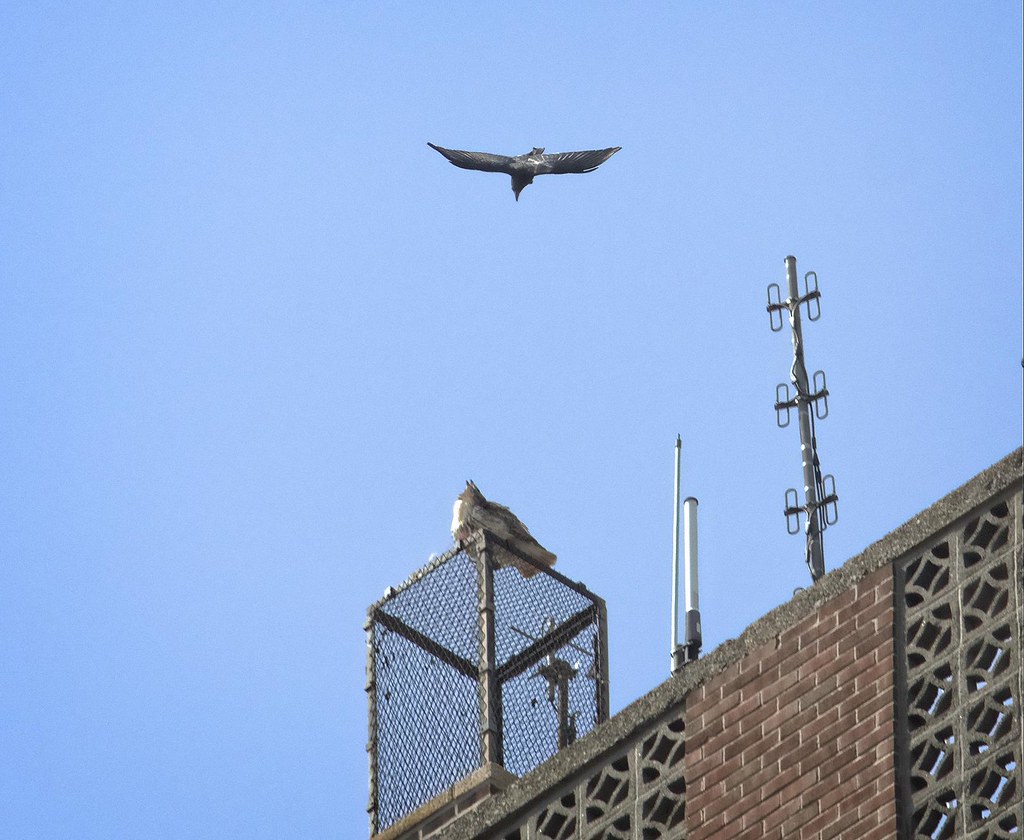 Despite the harassment that went on for a couple of minutes, Dora didn't fight back.  Eventually, the crow went away, Dora went on with her preening, and then flew off on her own terms. 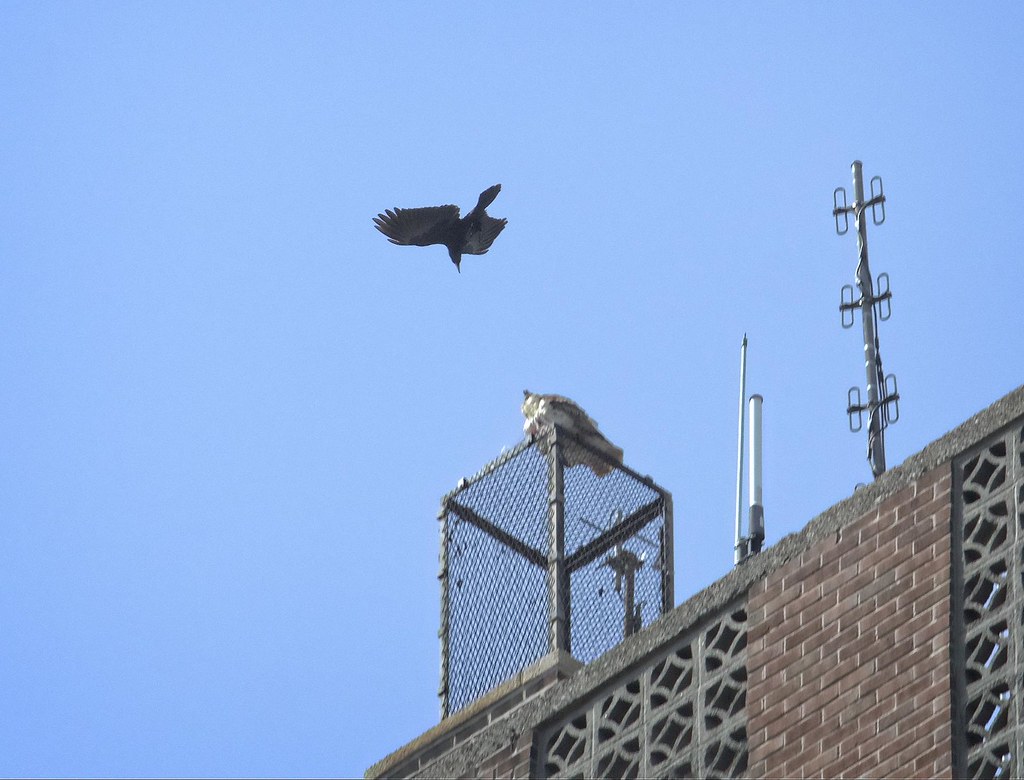 Later that day, I just caught a glimpse of her back at the nest, ever vigilant. 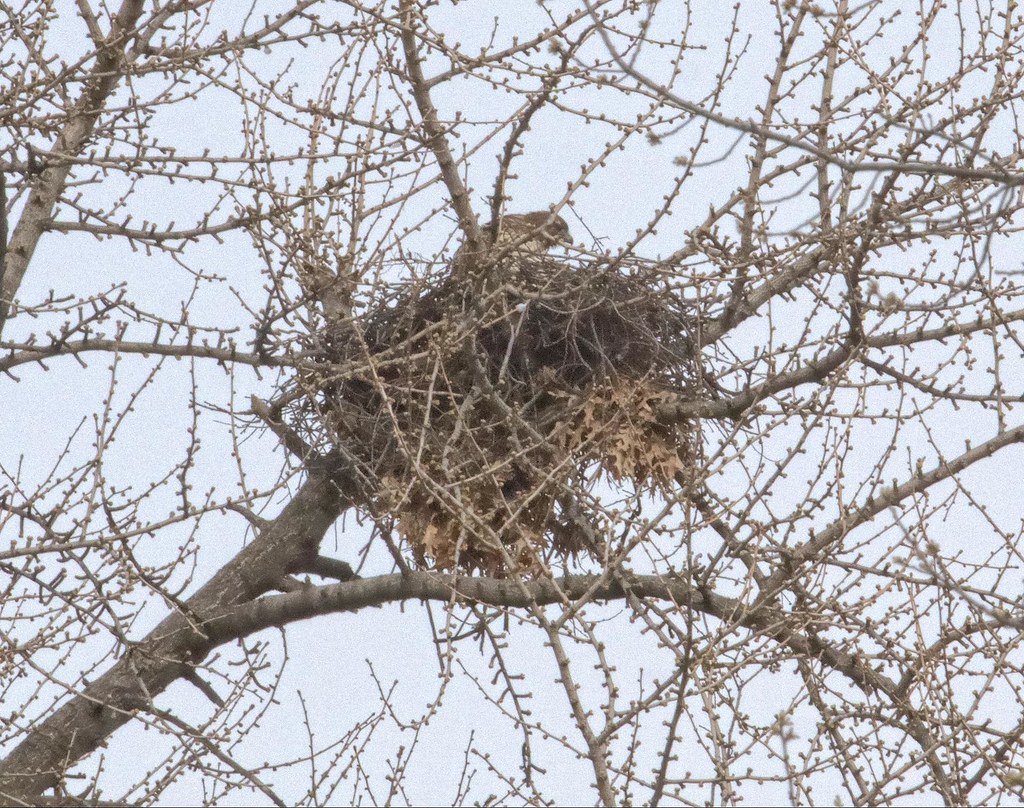