Following my post last week on fall bird migration in Tompkins Square, below are a few more photos of the colorful little travelers making their way south.  These were all taken this last weekend.

This is a Northern Parula.  The photos don't do it justice as this bird is striking in person.  It is gray-blue with bright yellow patches on its back and throat. 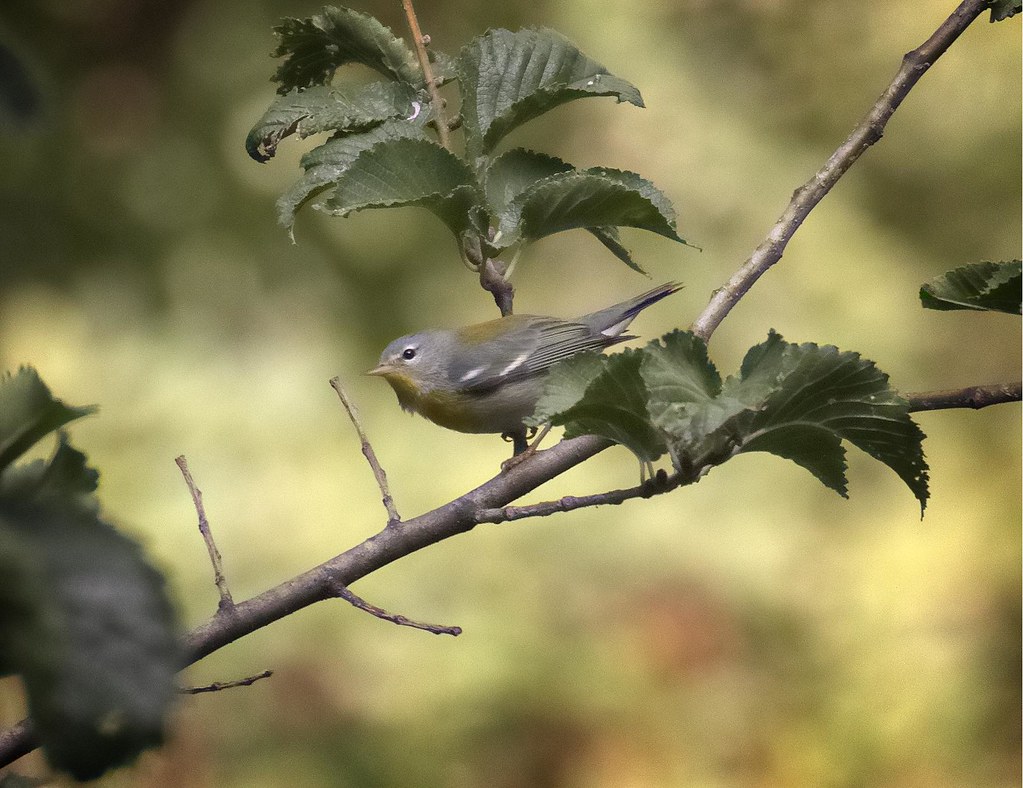 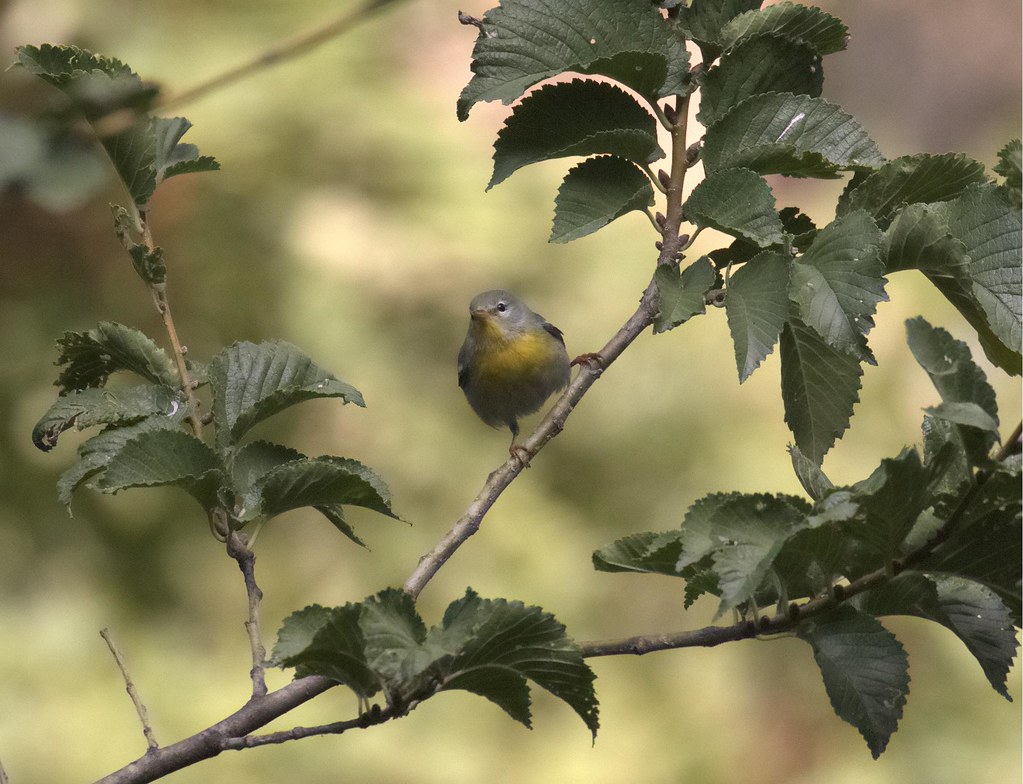 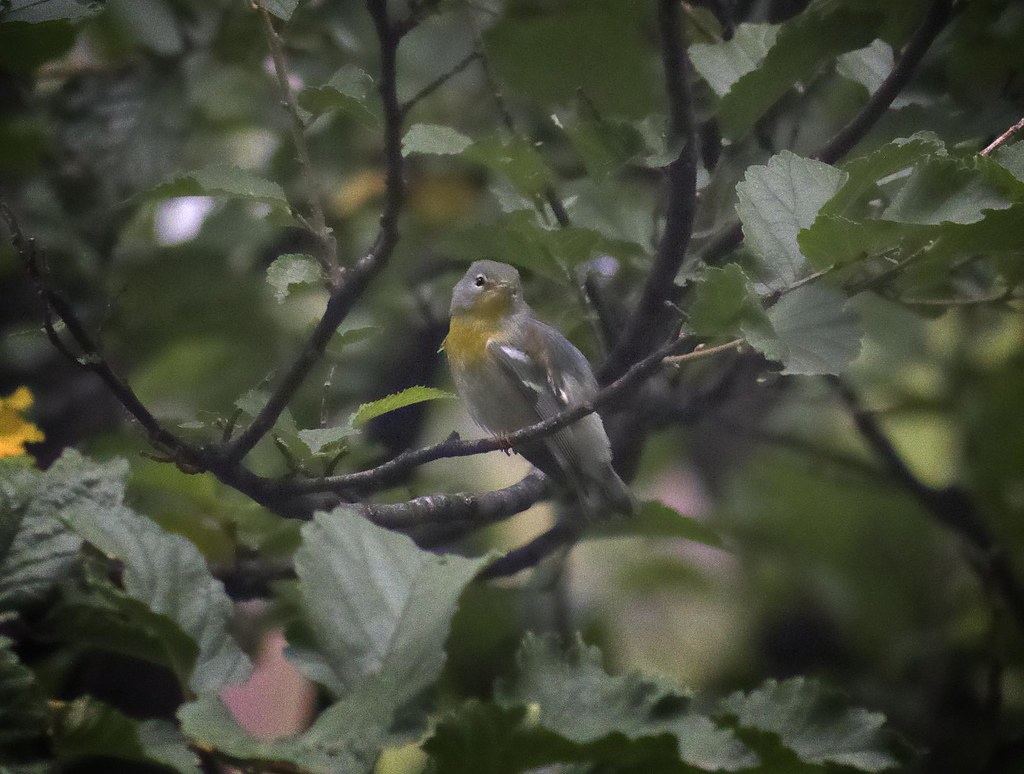 The Parula is really tiny - about half the size of a sparrow. 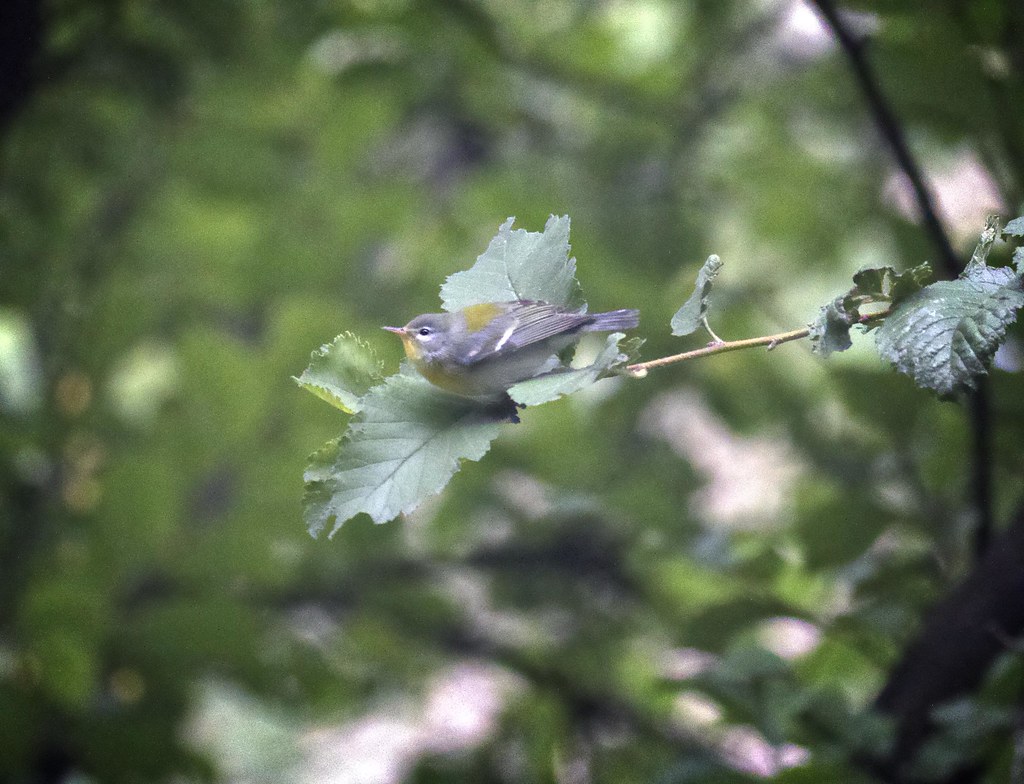 I was very excited to see this Black-throated Blue Warbler darting around the east side of the park. 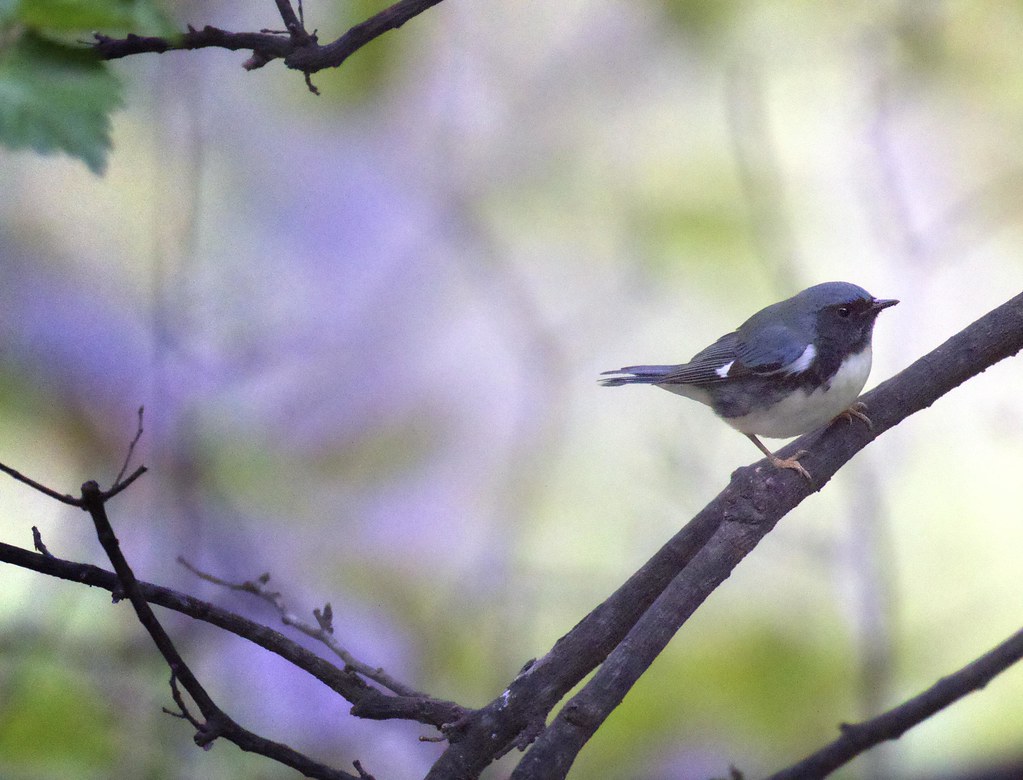 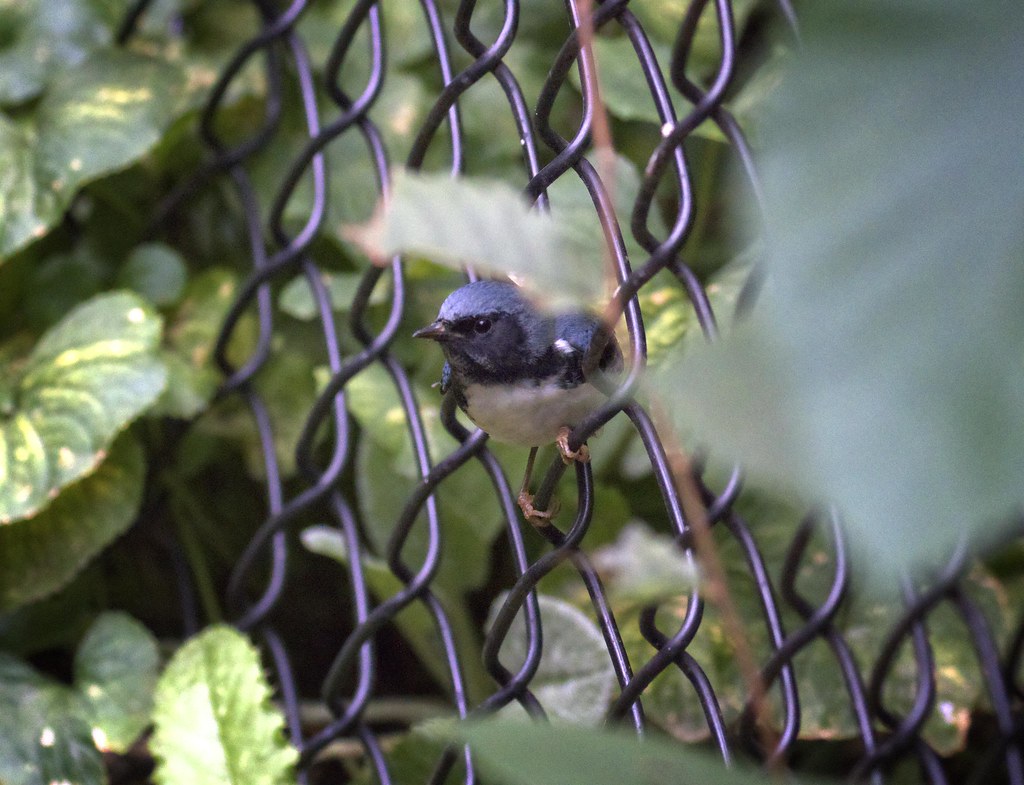 This one moved so fast, I had a challenging time getting a shot of it. 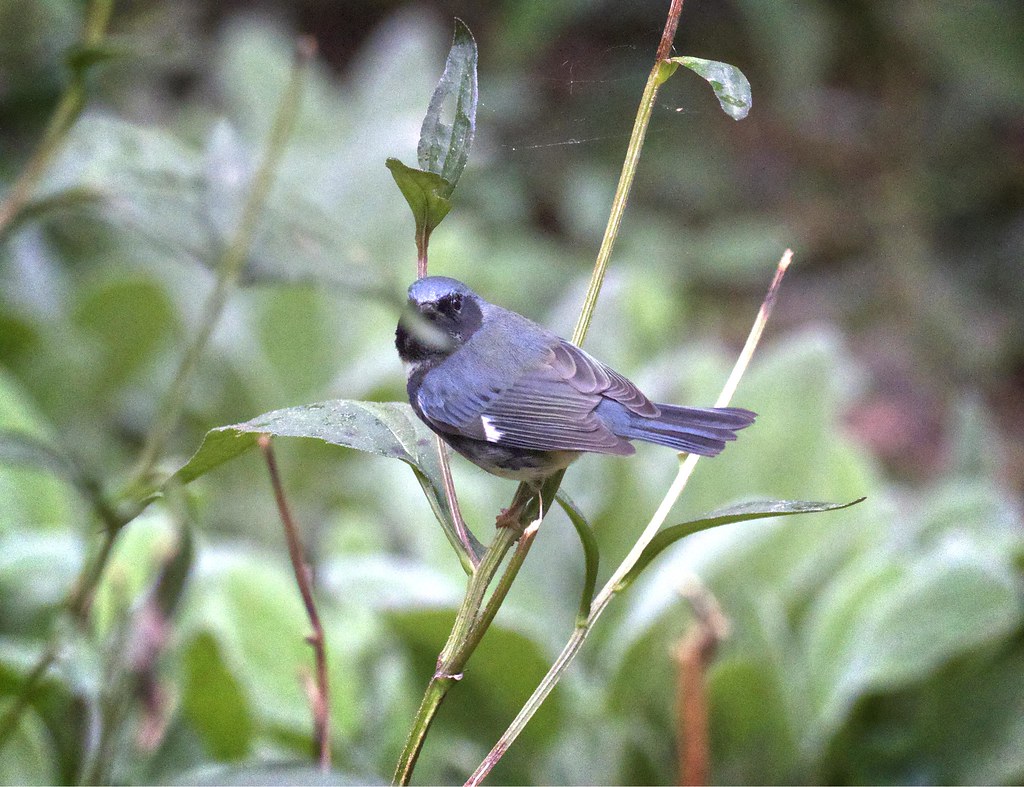 A Ruby-crowned Kinglet made a brief appearance in one of the Siberian Elm trees. 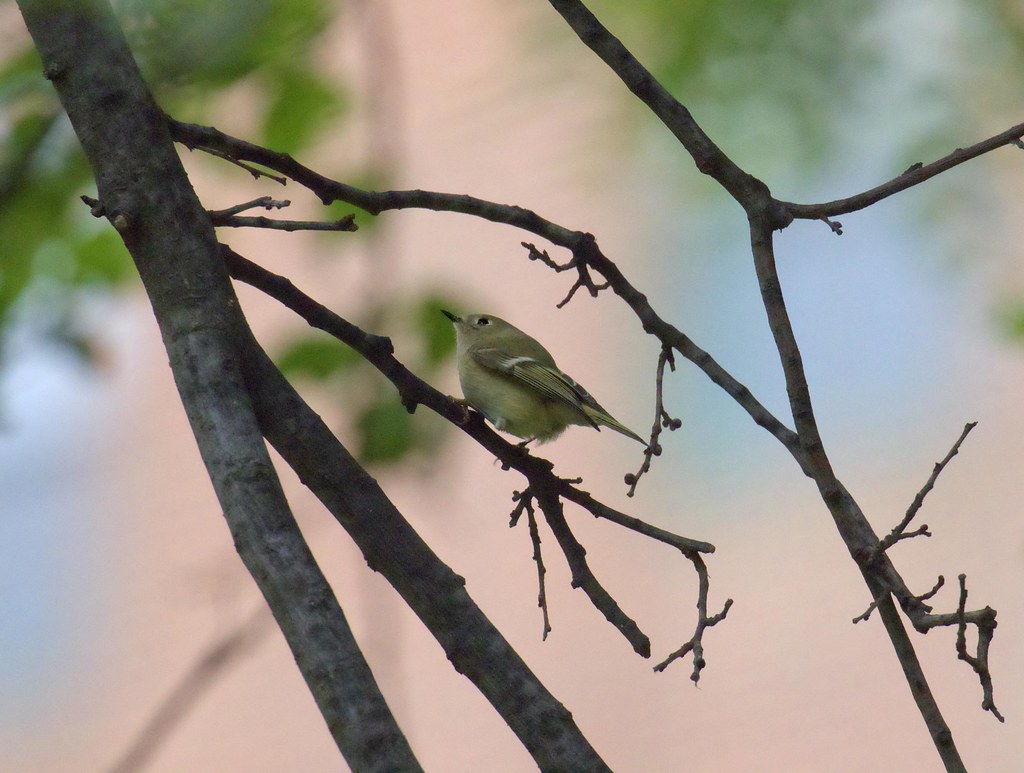 More of the Black-and-white Warbler. 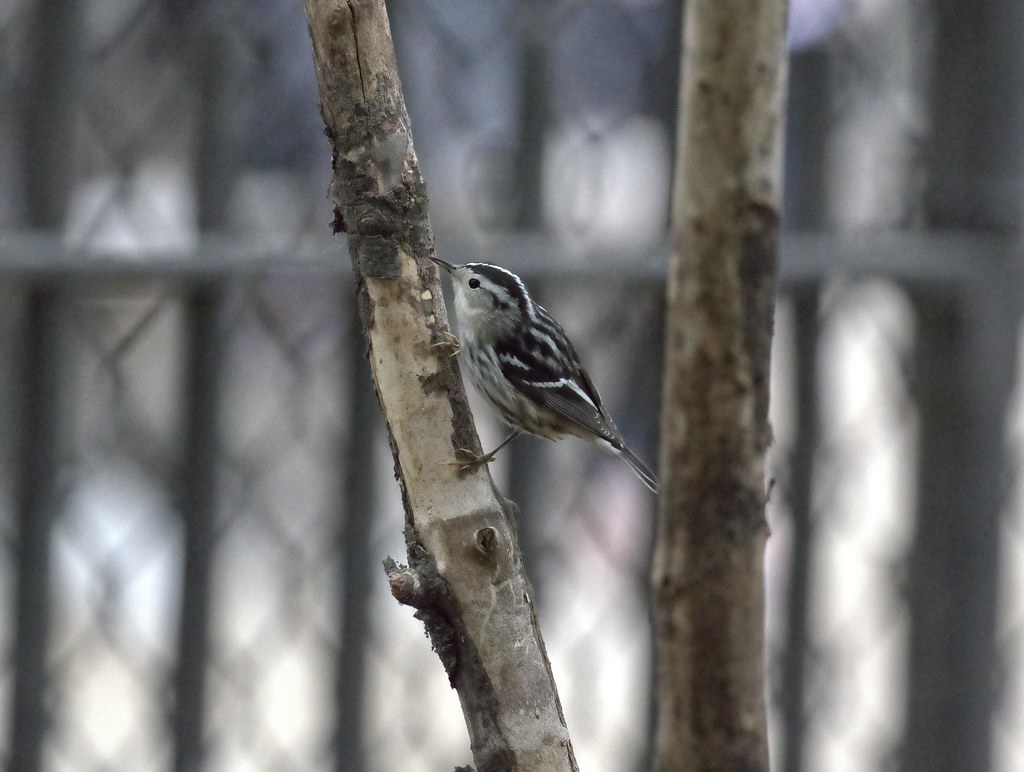 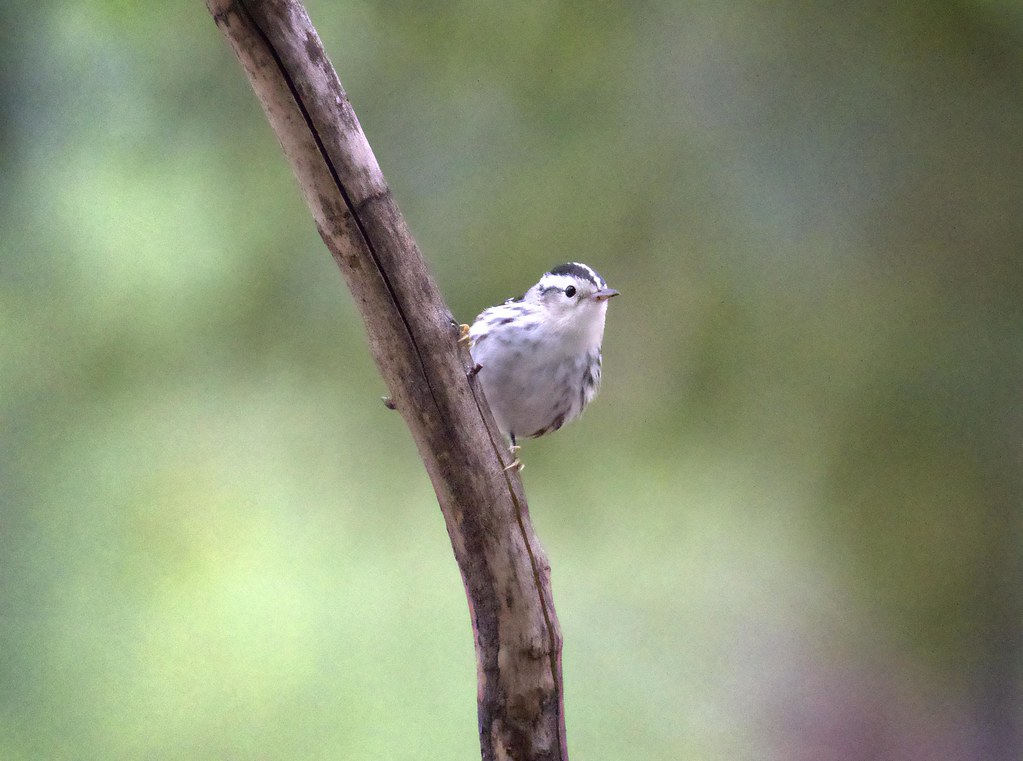 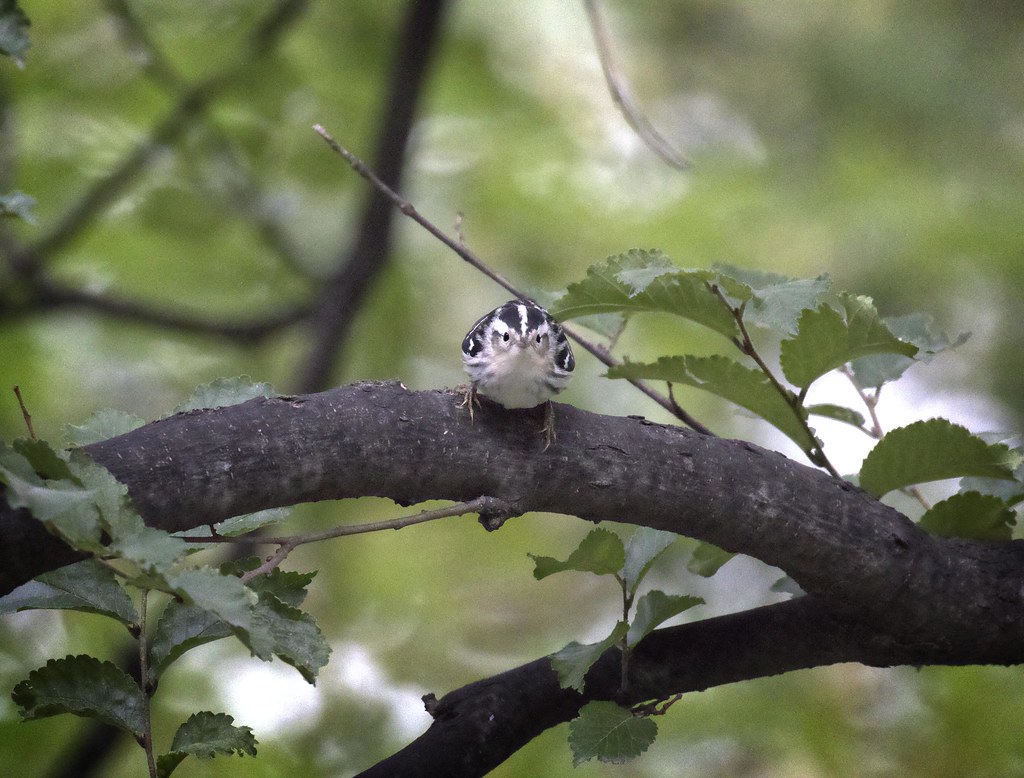 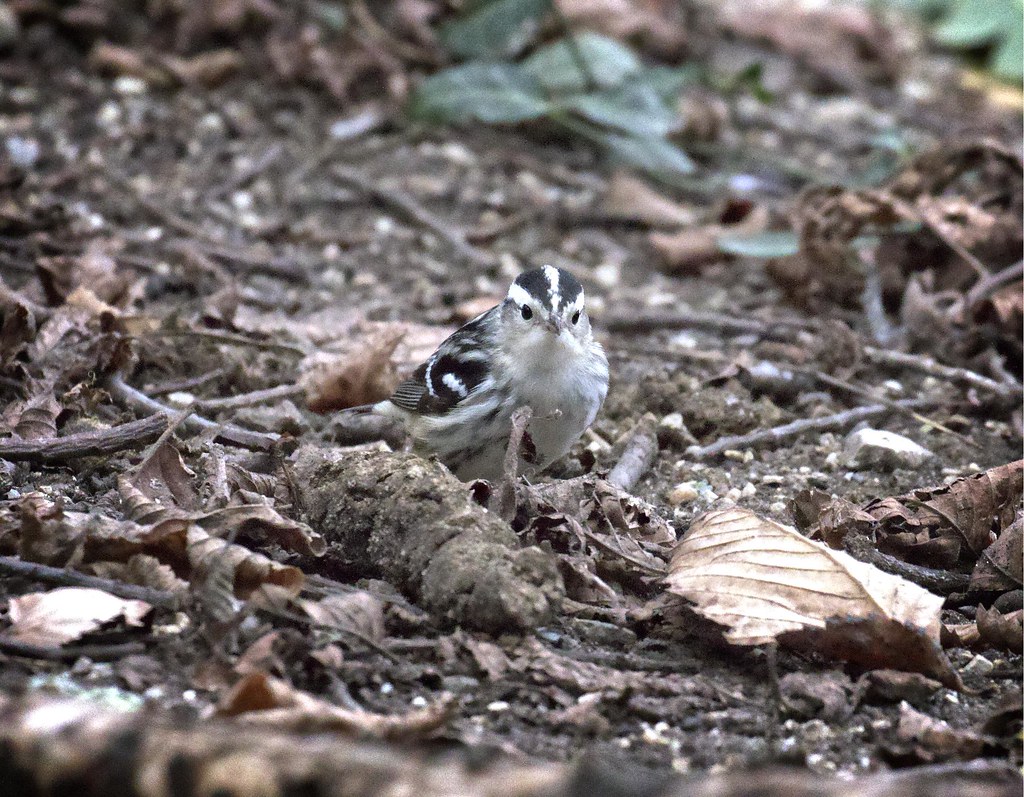 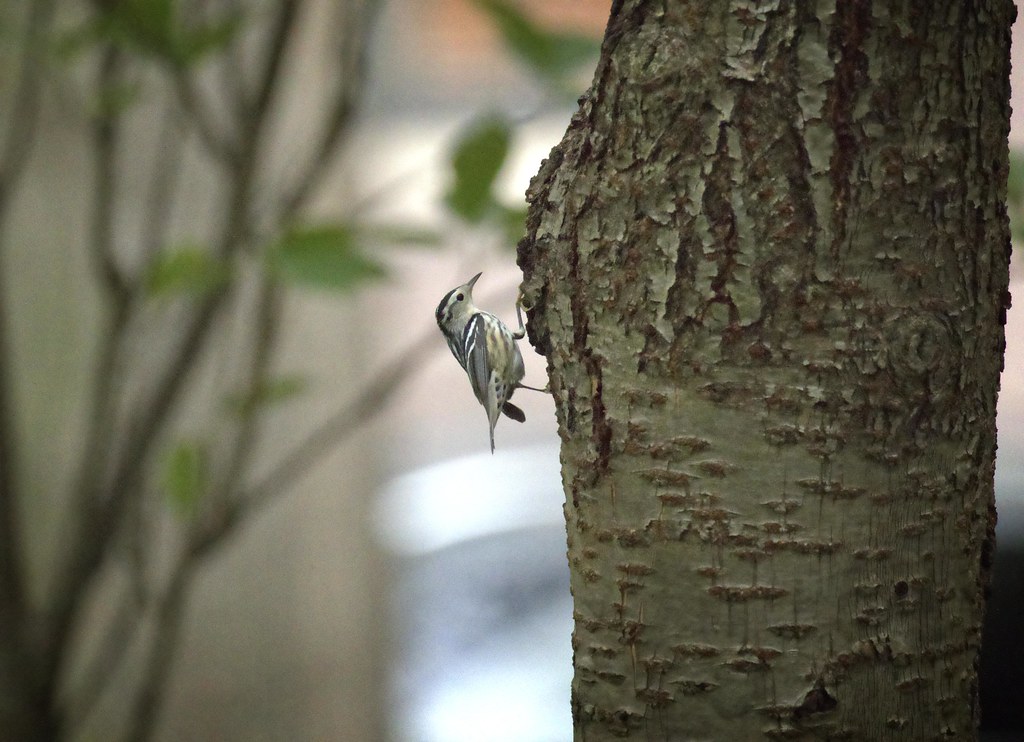 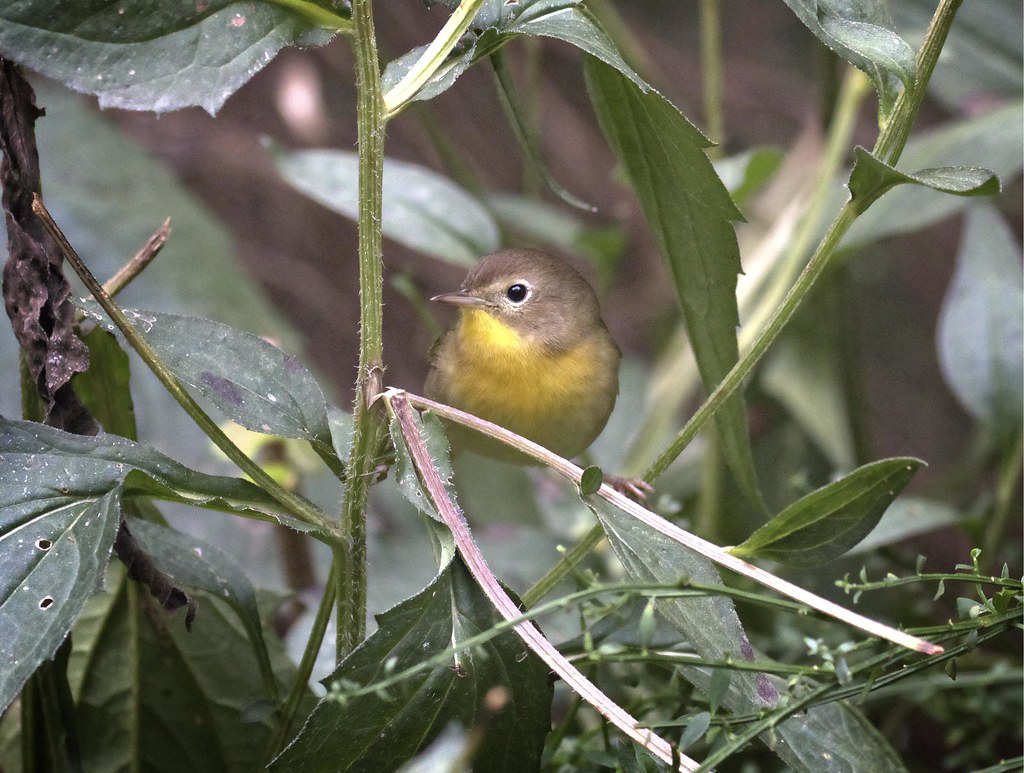 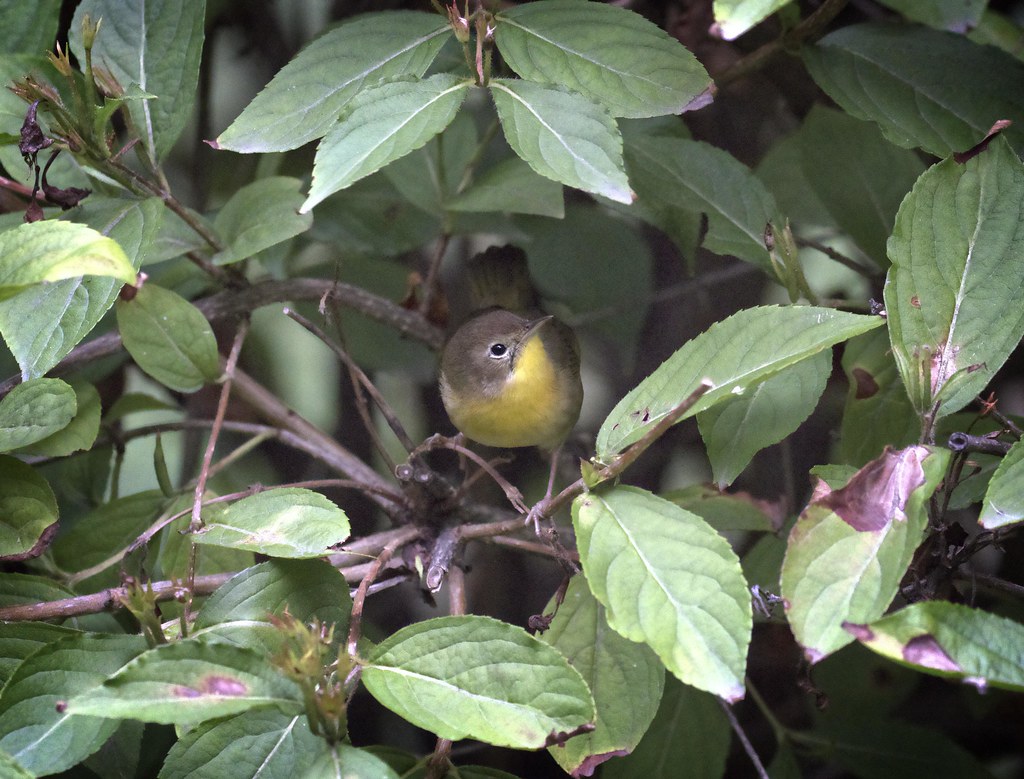 A female American Redstart.  They've been a common sight in the park this migration season. 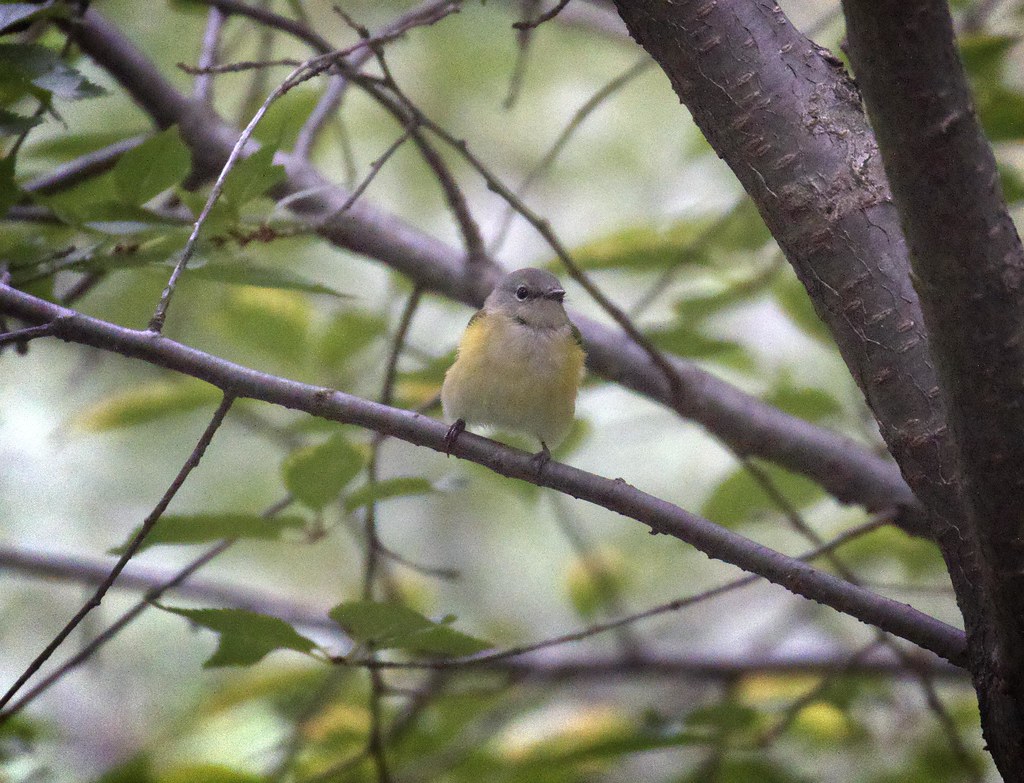 There were at least two Eastern Phoebes spotted near the hawk nest.  The coloring on the one below made me wonder if it could be an Eastern Kingbird, but it lacked the telltale white band on the tail. 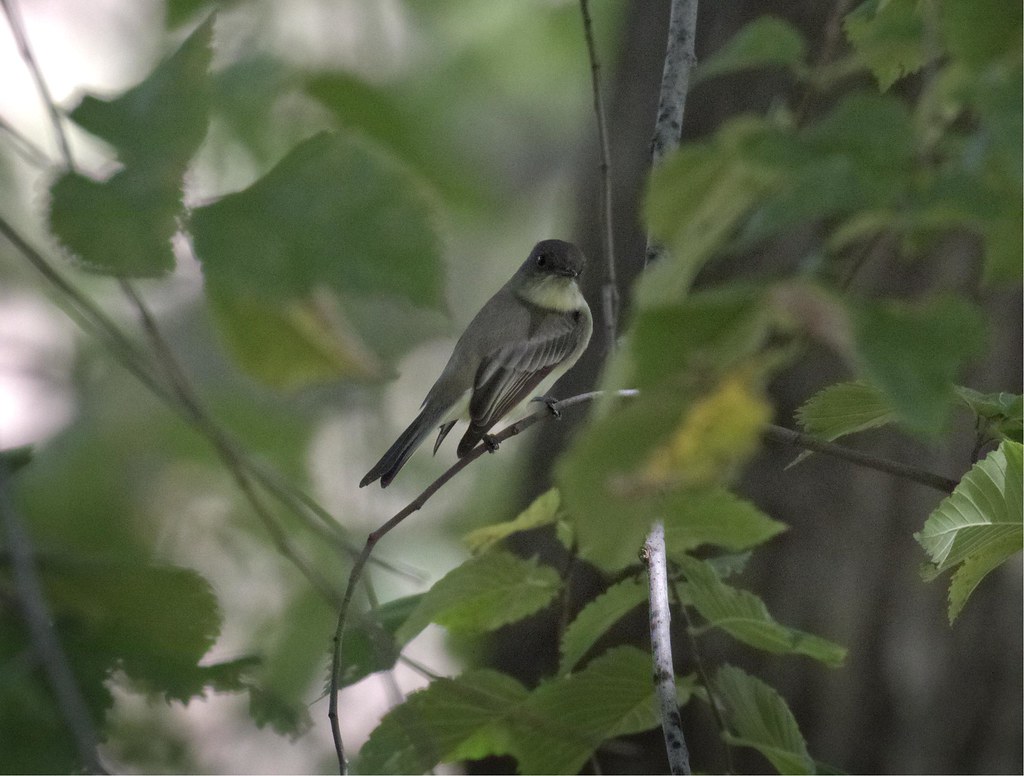 And this is a new one for me: a Brown Thrasher.  I've never seen one before, so it was really cool to find one in the park.  It mostly stayed hidden high up in the trees, but it took a break to rest and preen and let its admirers get a good look at it. 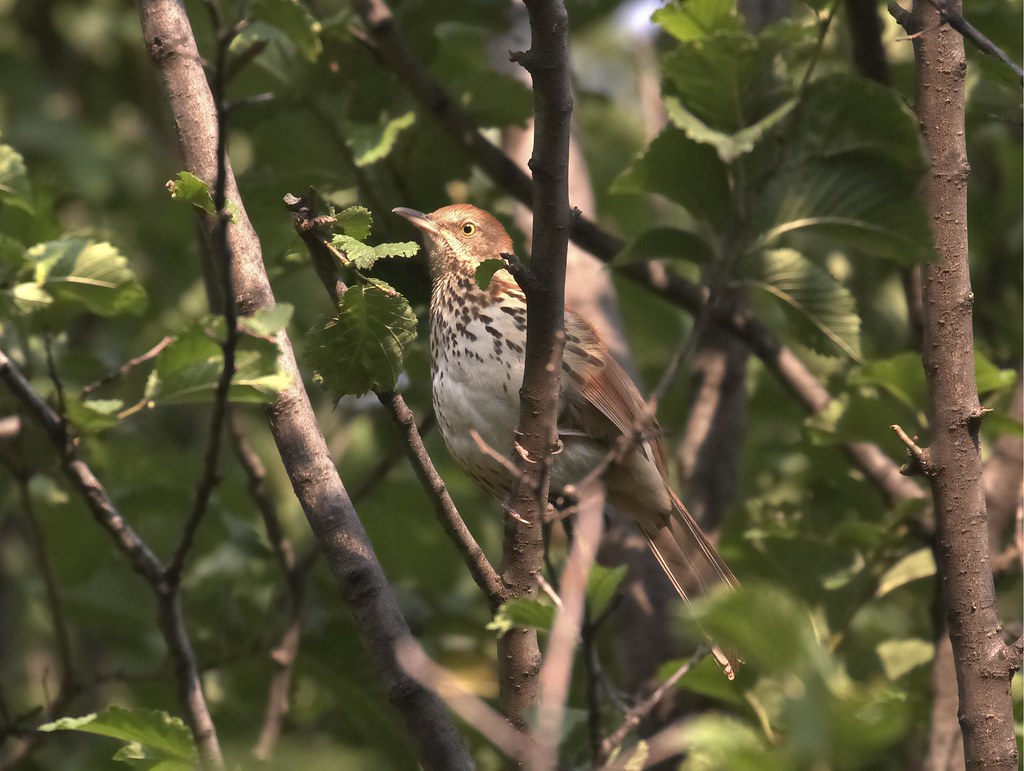