Christo and Dora have at least one tiny mouth to feed

Over the last few days, I've seen Christo and Dora feeding someone up in their nest in Tompkins Square, but it's still too soon to know how many kids they have up there.

Below, Christo and Dora sit together in the nest on Sunday afternoon. They both spent several minutes fussing over the hatchling(s). 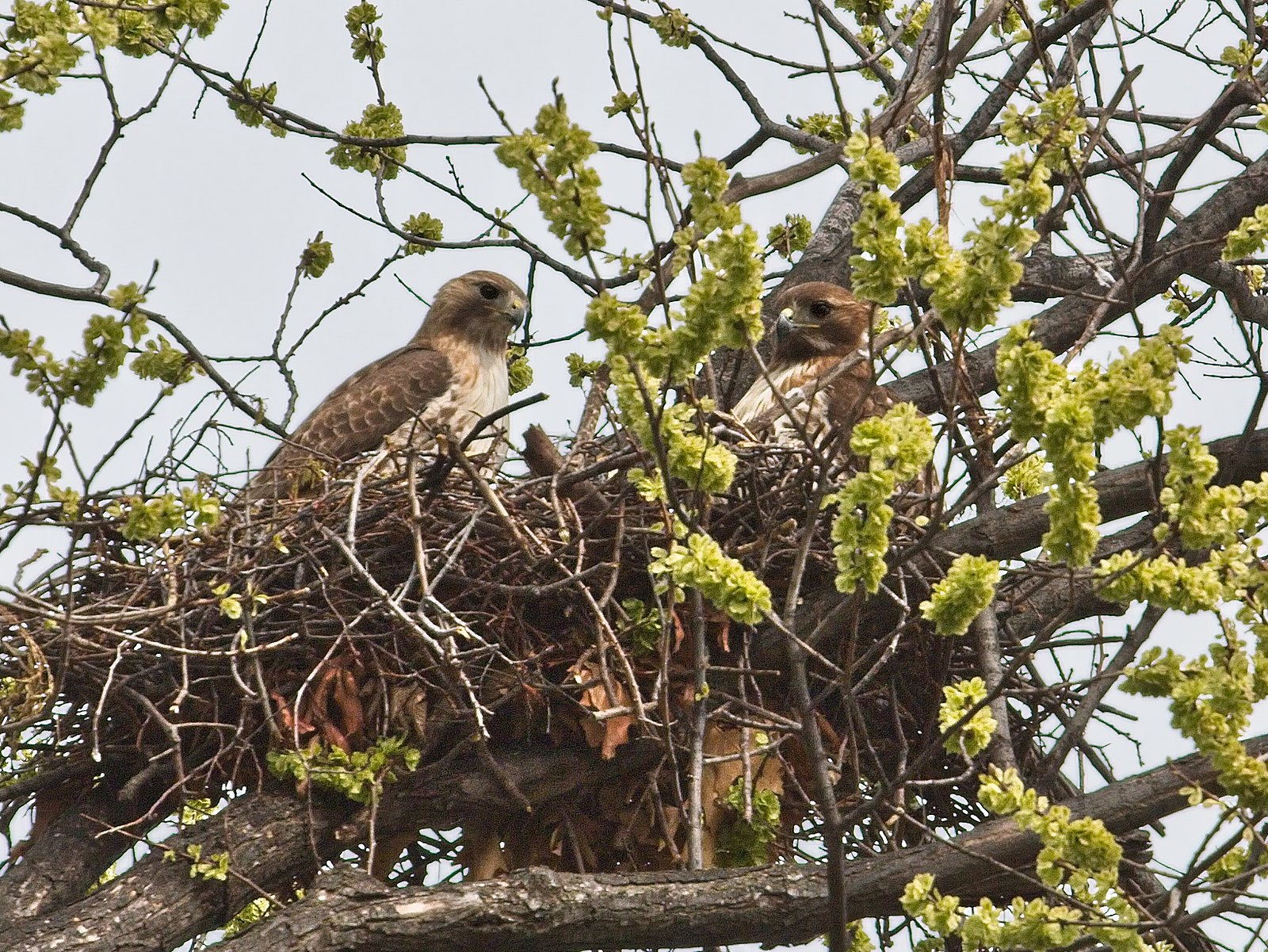 Dora spent 15-20 minutes feeding while Christo perched close by, keeping watch.  You can barely see him behind the branches to the right of the nest. 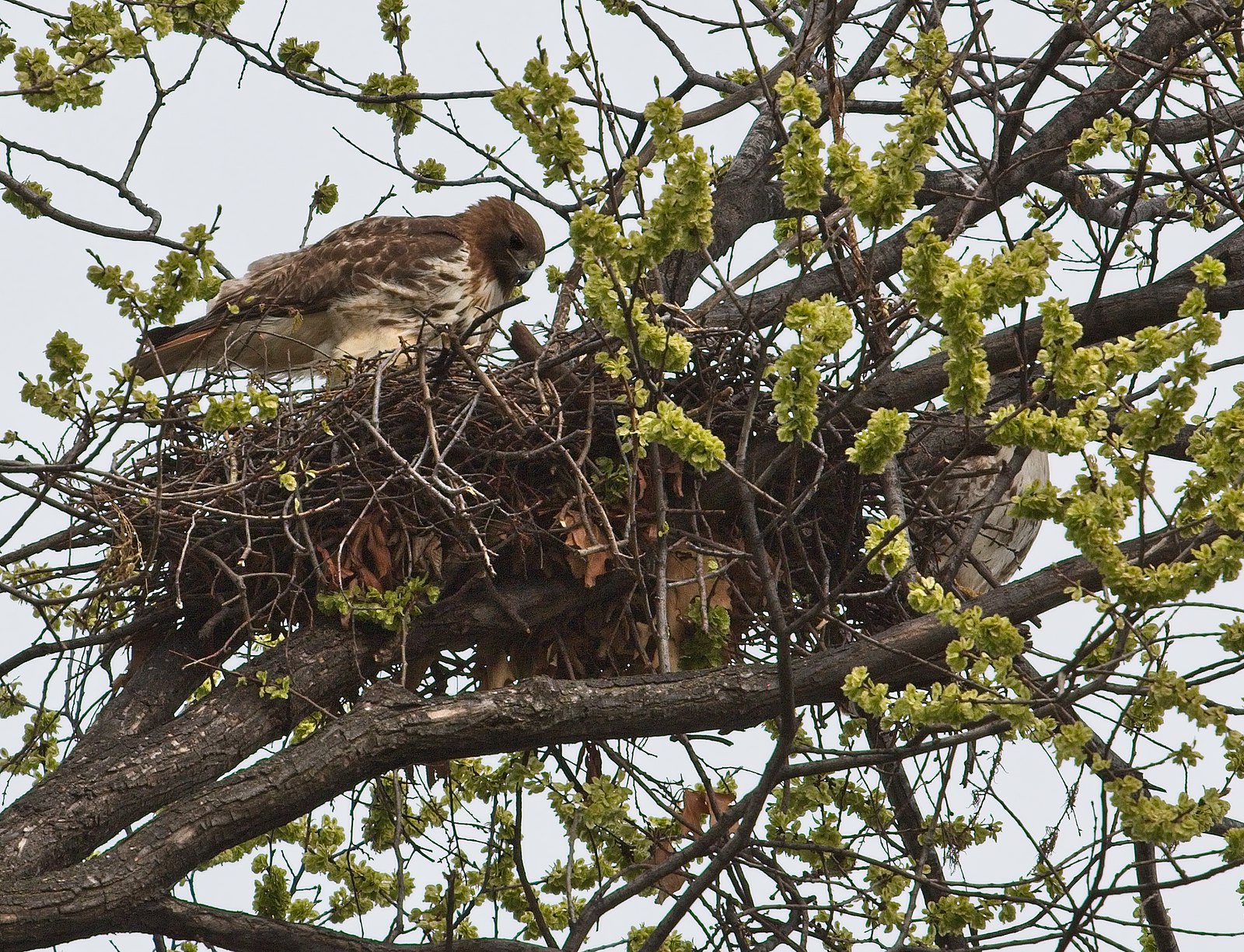 When Christo is not delivering food, he gathers greenery.  Below, he takes a sprig of locust pods to the nest. 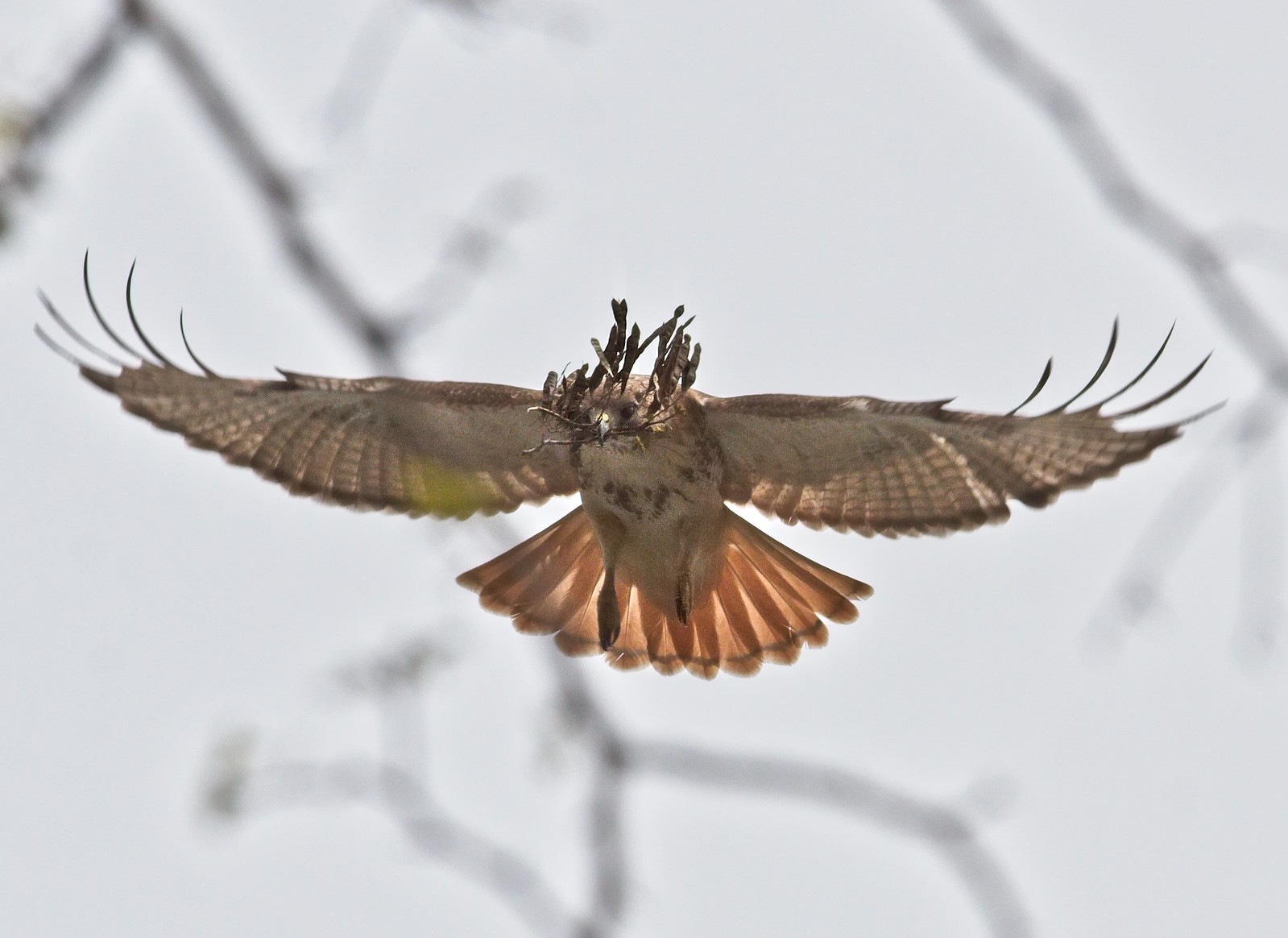 Dora took a break from nest duties, only to be mobbed by a blue jay on Avenue A. 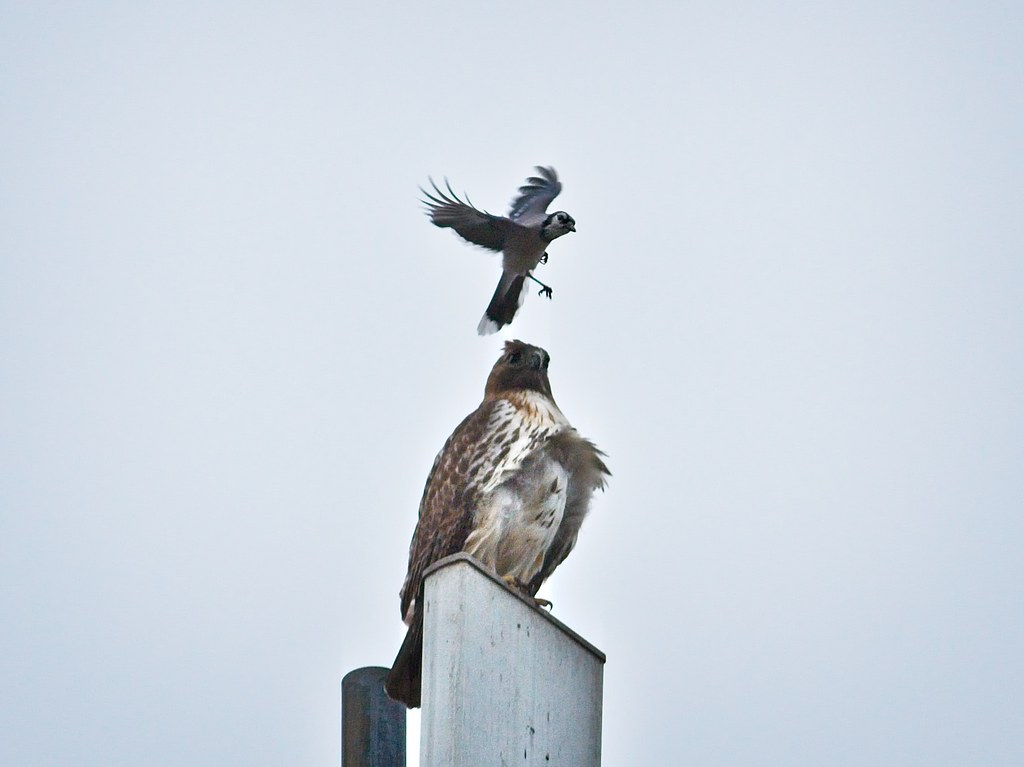 It pained me to see the blue jay continually bash into the back of her head, but Dora's level of tolerance is pretty high. 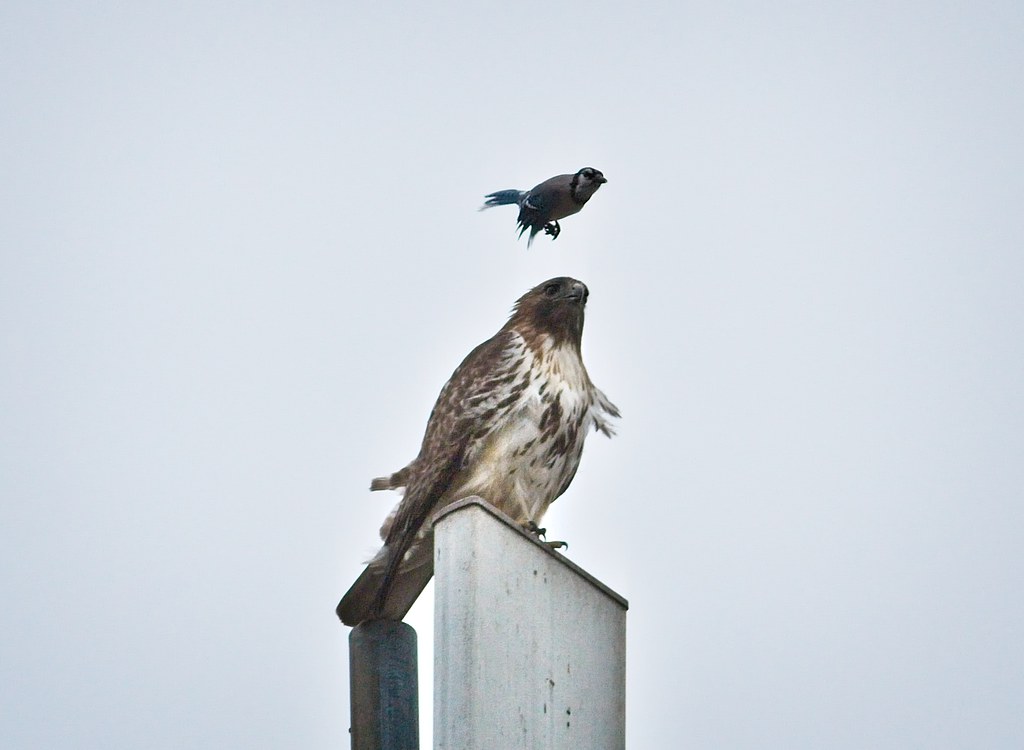 People have asked me why the hawks don't just kill and eat the pesky jays, but the hawks have almost no maneuverability from this perched position.  The jays (and other smaller birds) have the advantage of being faster and more agile.  However, that's not to say the hawks aren't fully capable of surprise attacks. 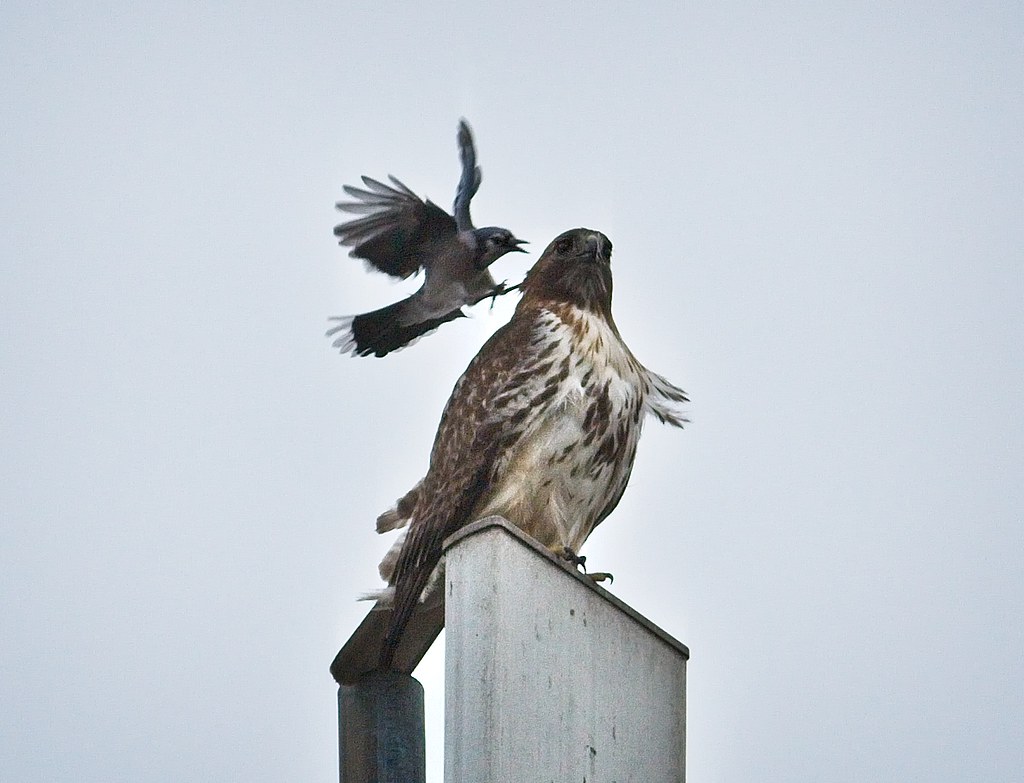 Later in the day, Christo posed in front of some spring foliage... 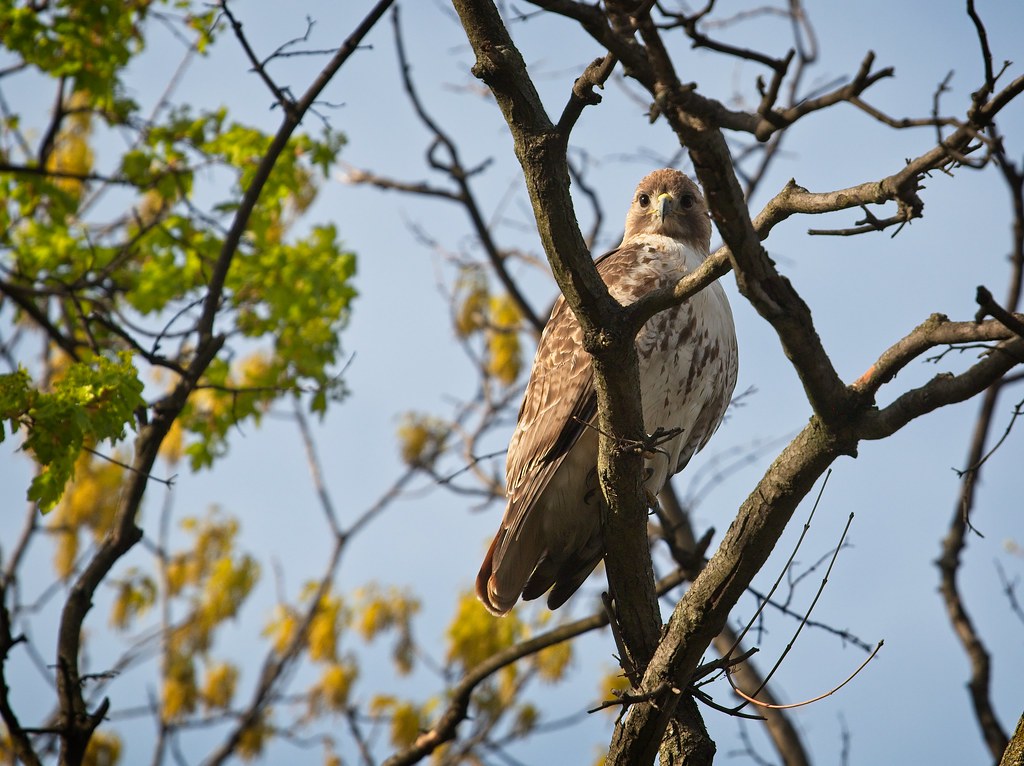 ...and gave me the hawkeye stare. 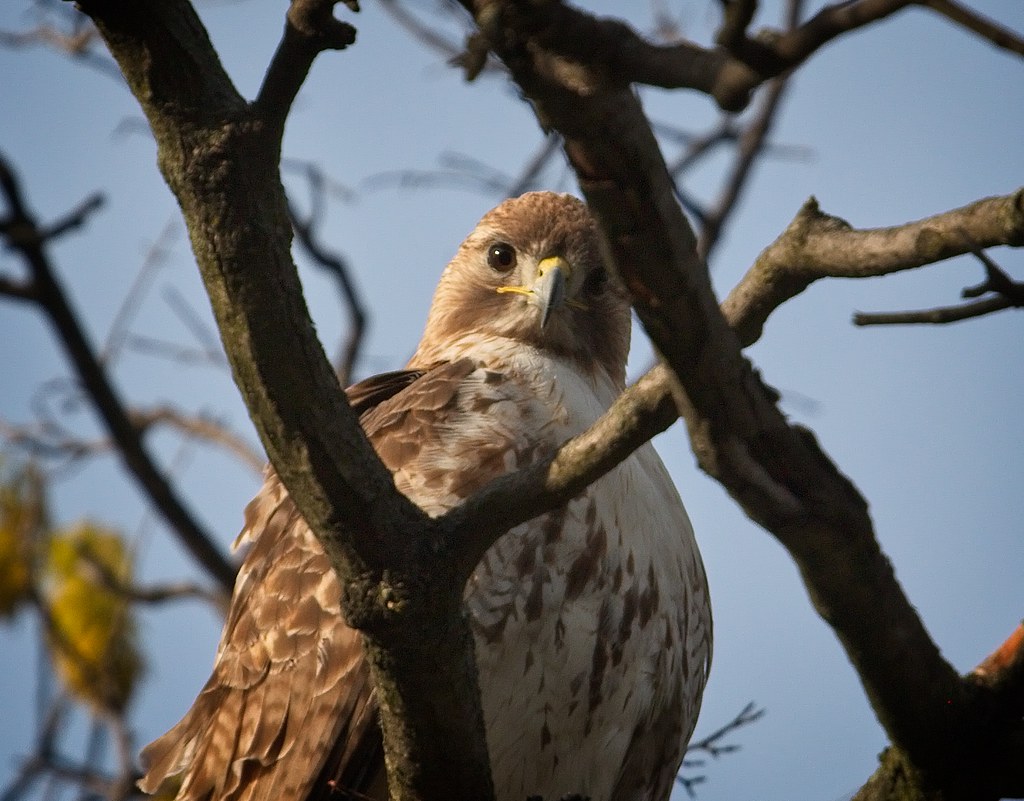 In related hawk news, I was really sad to hear the younger hatchling at Washington Square Park passed away yesterday.  The older chick, however, is looking good and lively.  I took the screenshot below from the live NYU Hawk cam earlier today.  Follow Roger Paw's blog for regular updates. 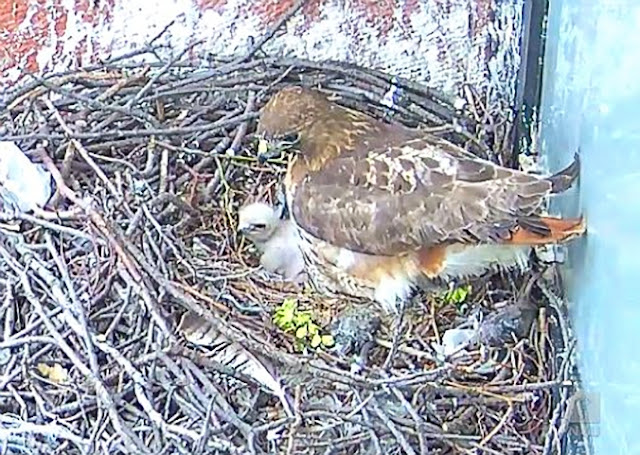