Gearing up for nesting season with Christo & Amelia

It's that time of year when we begin looking for signs of nesting raptors across the city.

For Tompkins Square red-tailed hawks, Christo and Amelia, it's about time for them to start gathering sticks for a new nest. Their previous nest was destroyed by Hurricane Isaias last July, so it will be interesting to see where the pair decide to build this year. Will they return to the same locust tree, go back to the ginkgo that has served well in previous years, or will they choose a completely new location?

In the mean time, I met up with the hawks in the park yesterday as Christo was eating a pigeon and Amelia perched in a nearby tree. 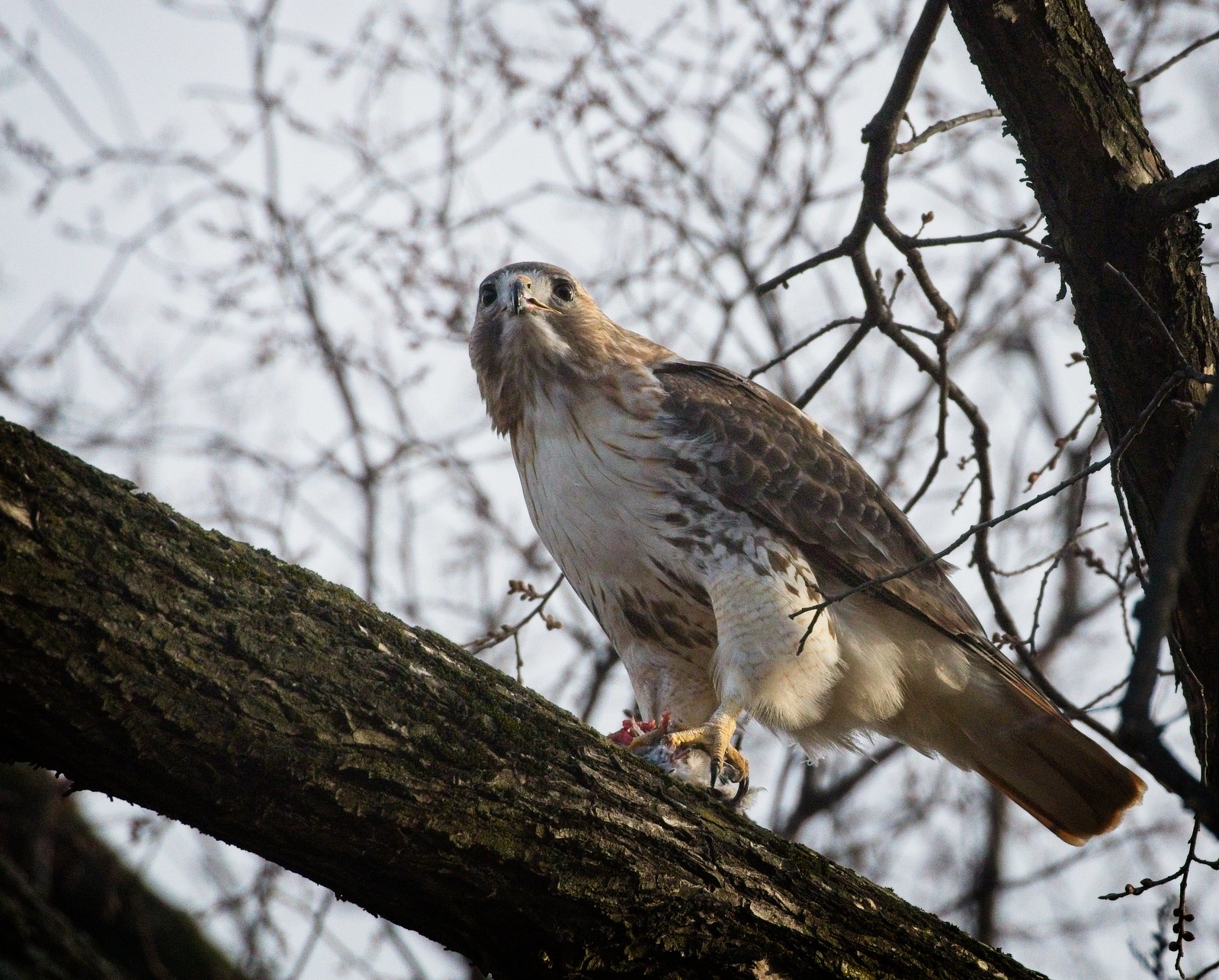 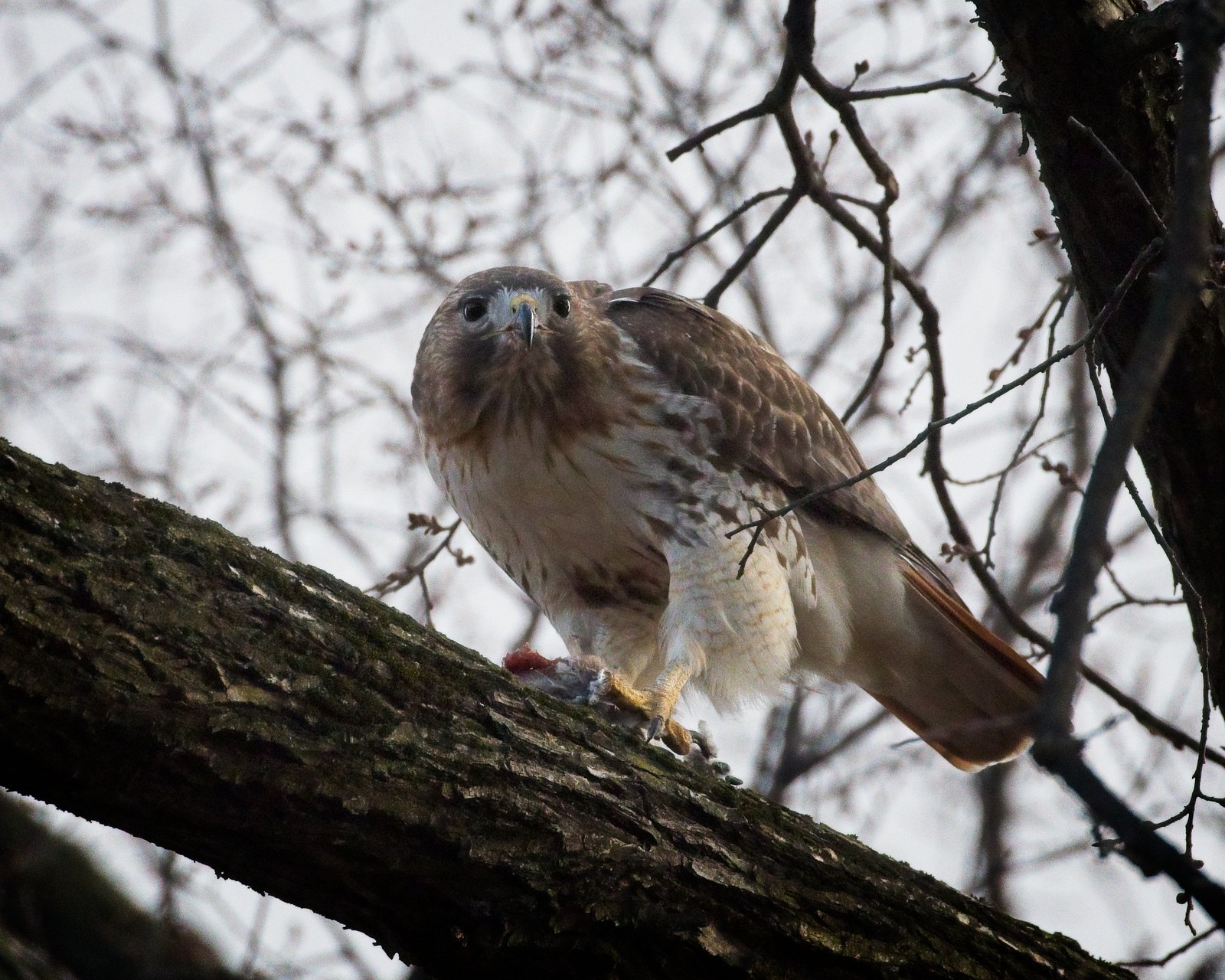 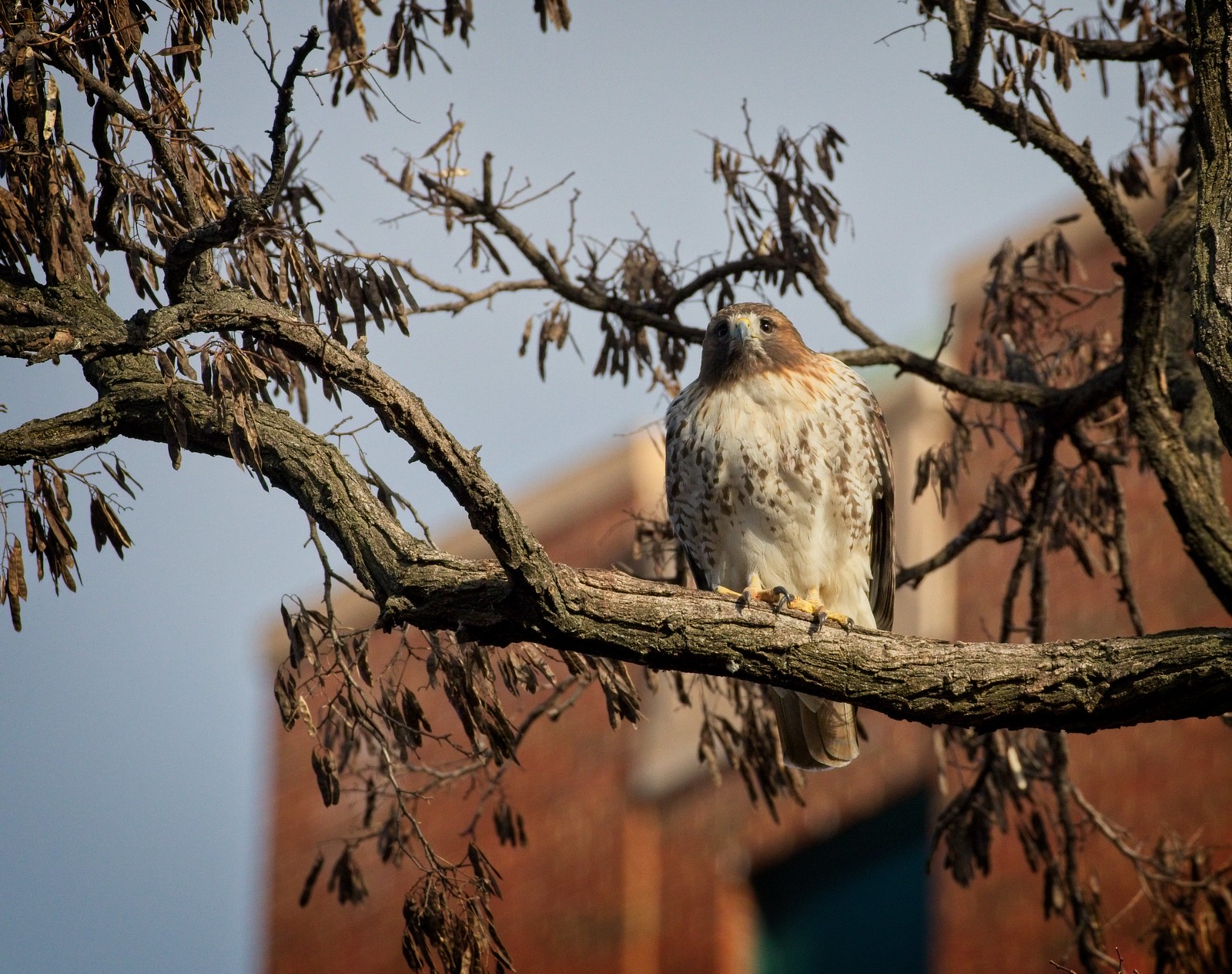 It was a very windy afternoon and Amelia had to crouch down to stay balanced on the branch. 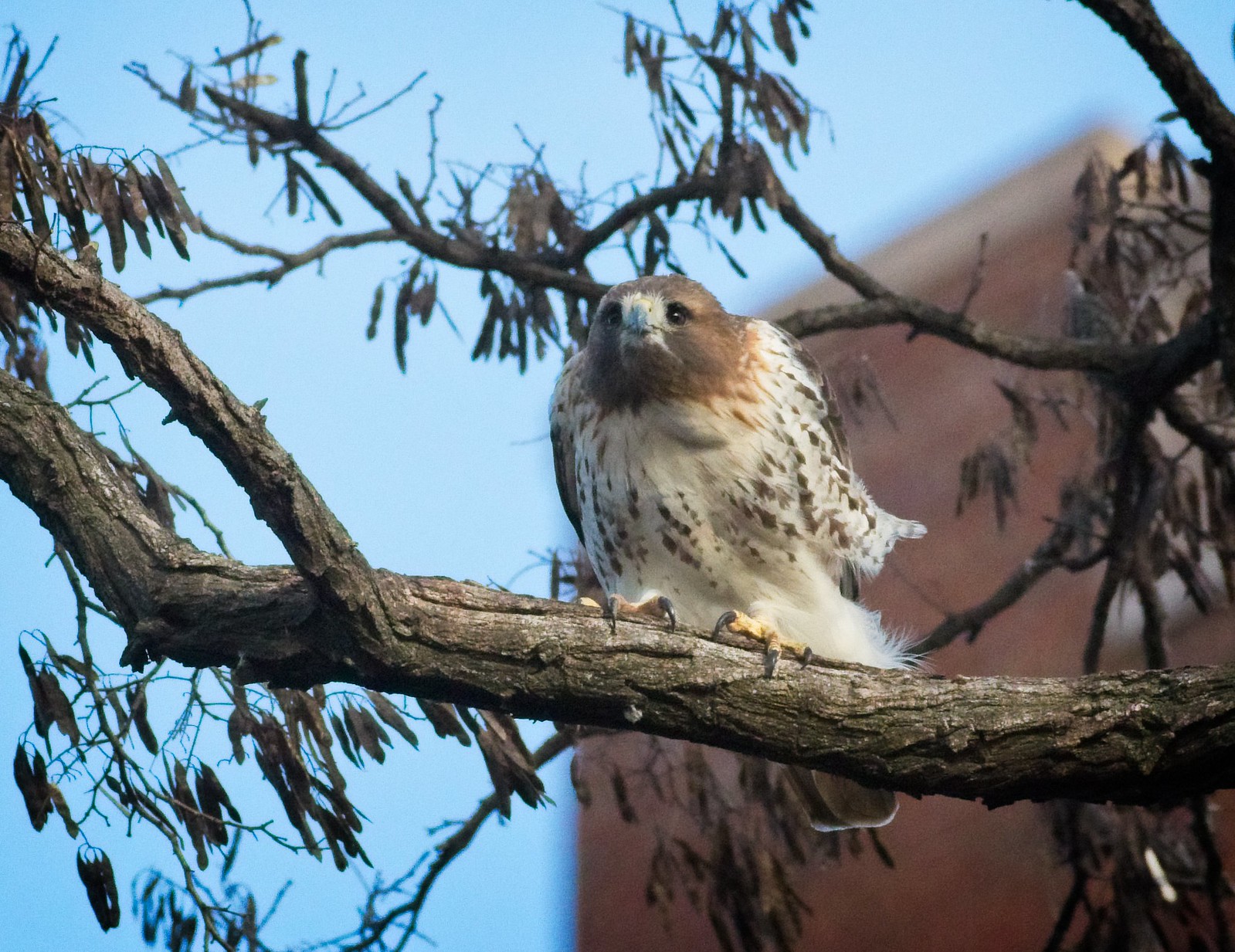 At some point, something caught her attention and she took off and circled over me a few times. 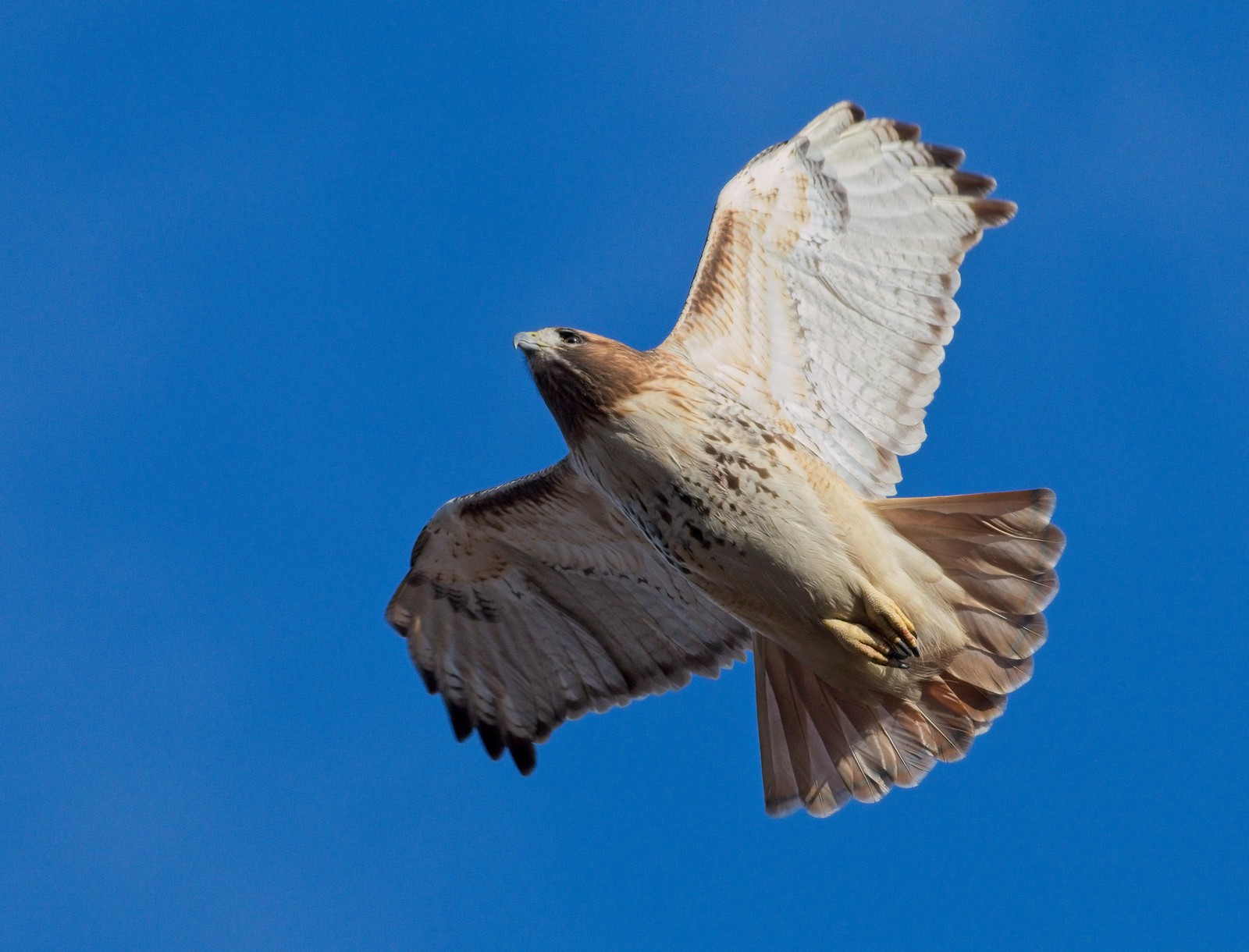 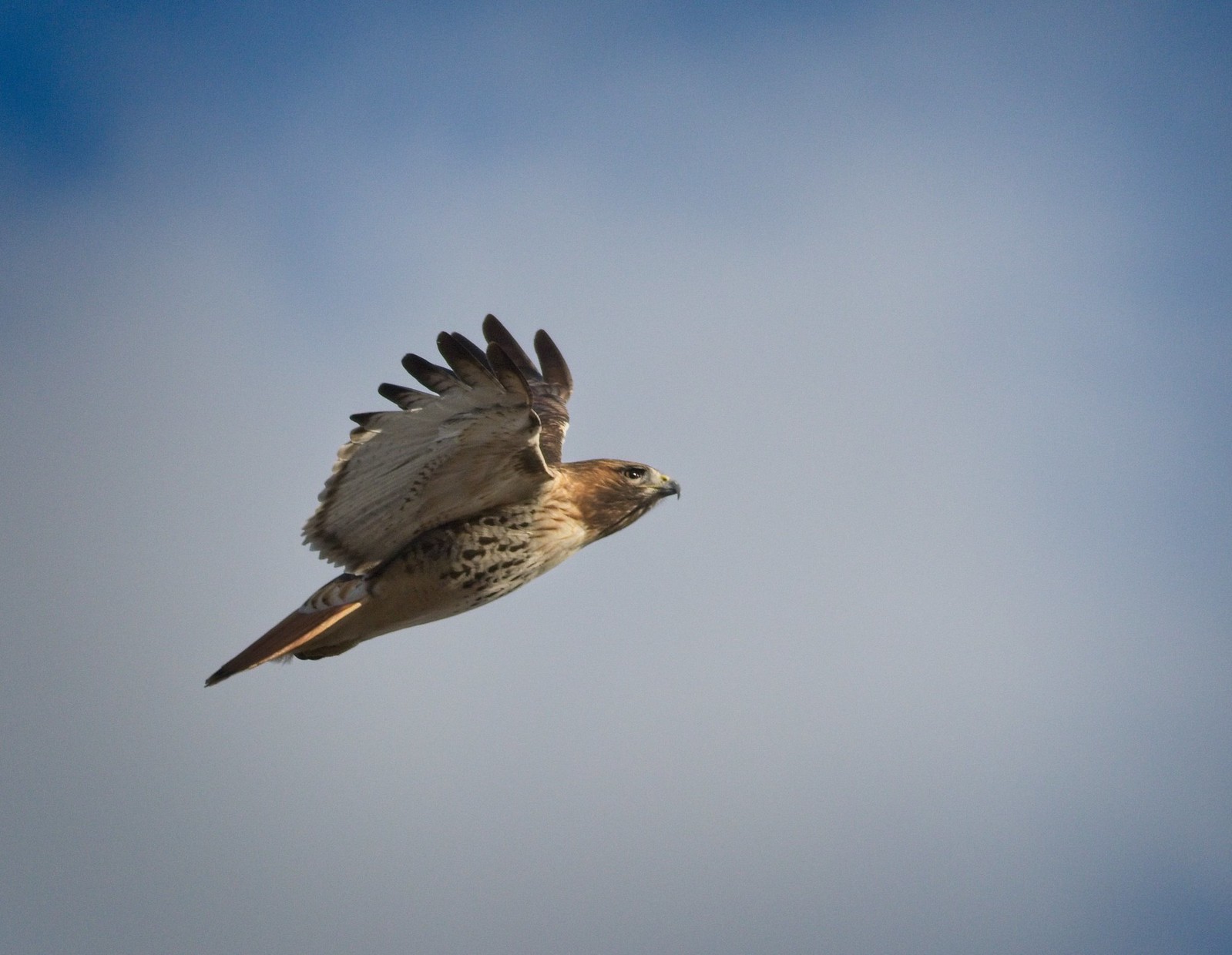 After a few minutes, Christo joined her and they both disappeared to the east. I tried following, but wasn't able to locate them again.

It feels like an eternity, but a year ago, we observed Christo and Amelia nest-building by the end of January. They ended up having their most successful season together - fledging three chicks - and I hope they achieve the same success this year. Throughout the nightmare that was 2020, these hawks kept me together mentally and emotionally, and I am so grateful they allow us in their lives.

Posted by Laura Goggin Photography at 5:50 PM No comments:

After surviving 2020, there's nothing more cathartic than watching Christmas trees get fed through a woodchipper.

Welcome to Mulchfest 2021 in Tompkins Square Park! This was my 12th year attending this event and I look forward all year to the fresh aroma of mulched evergreen that fills the park as the chipper transforms piles of discarded trees into heavenly scented potpourri. 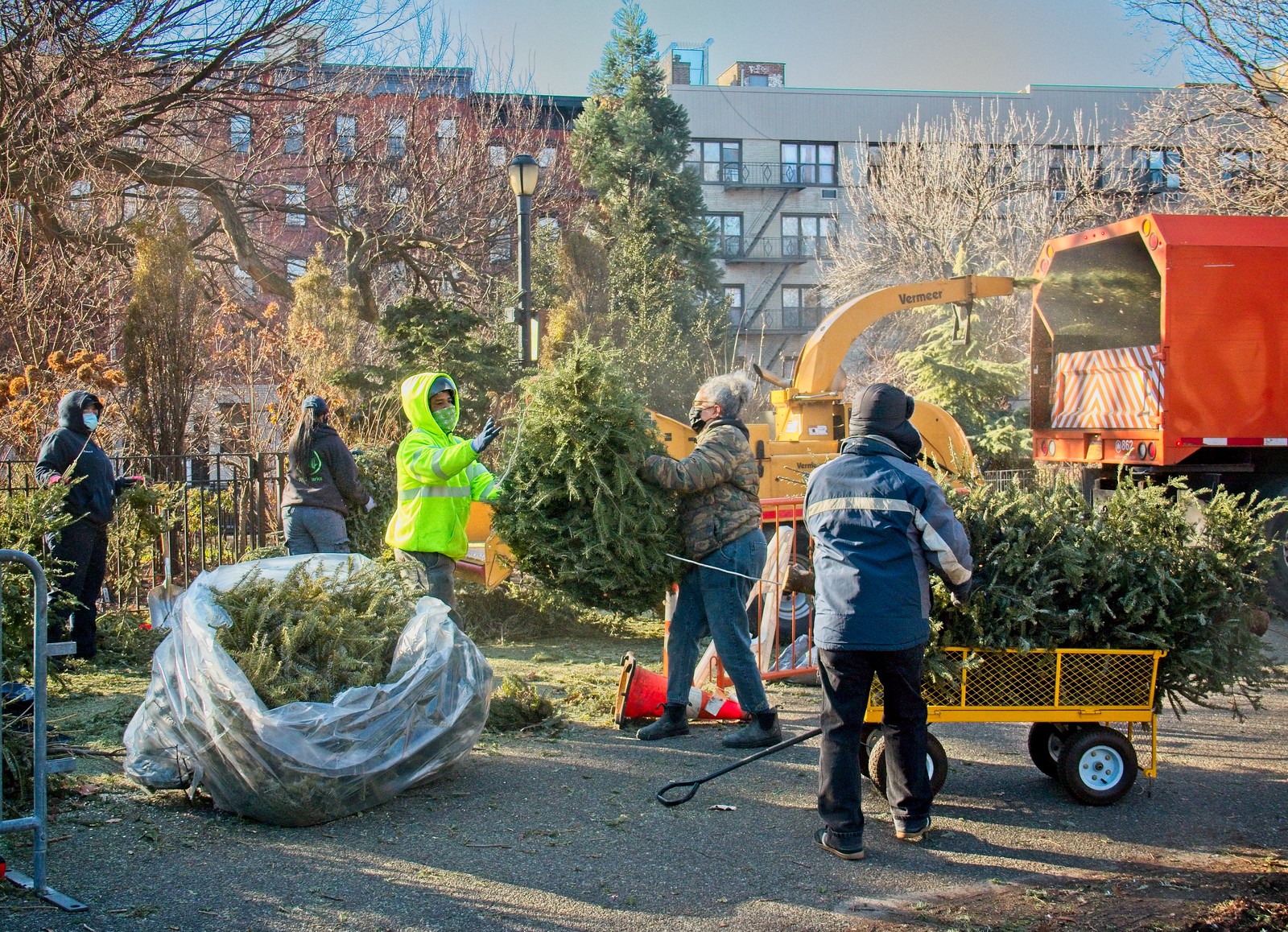 Here is some video of the chipper in action: 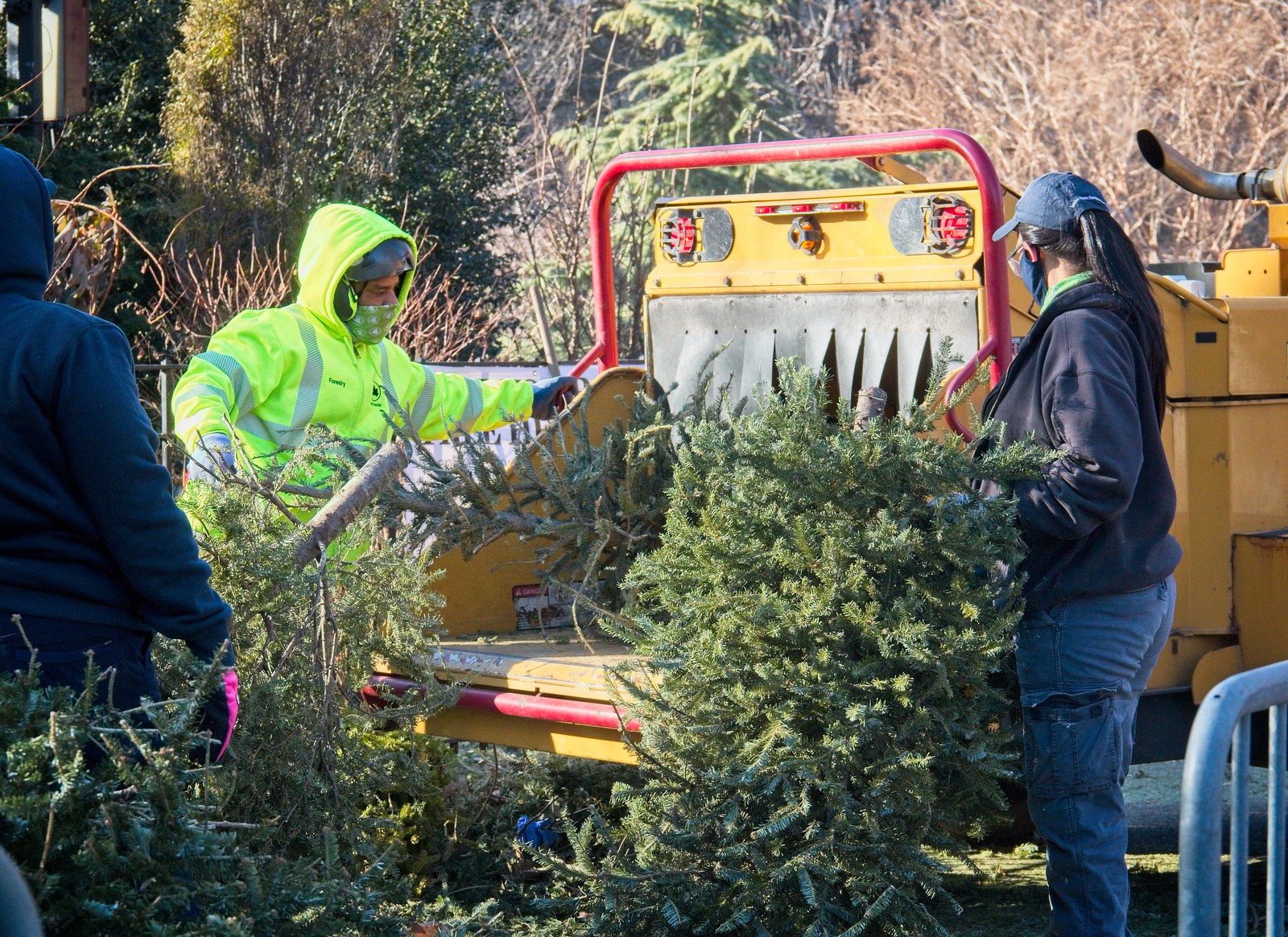 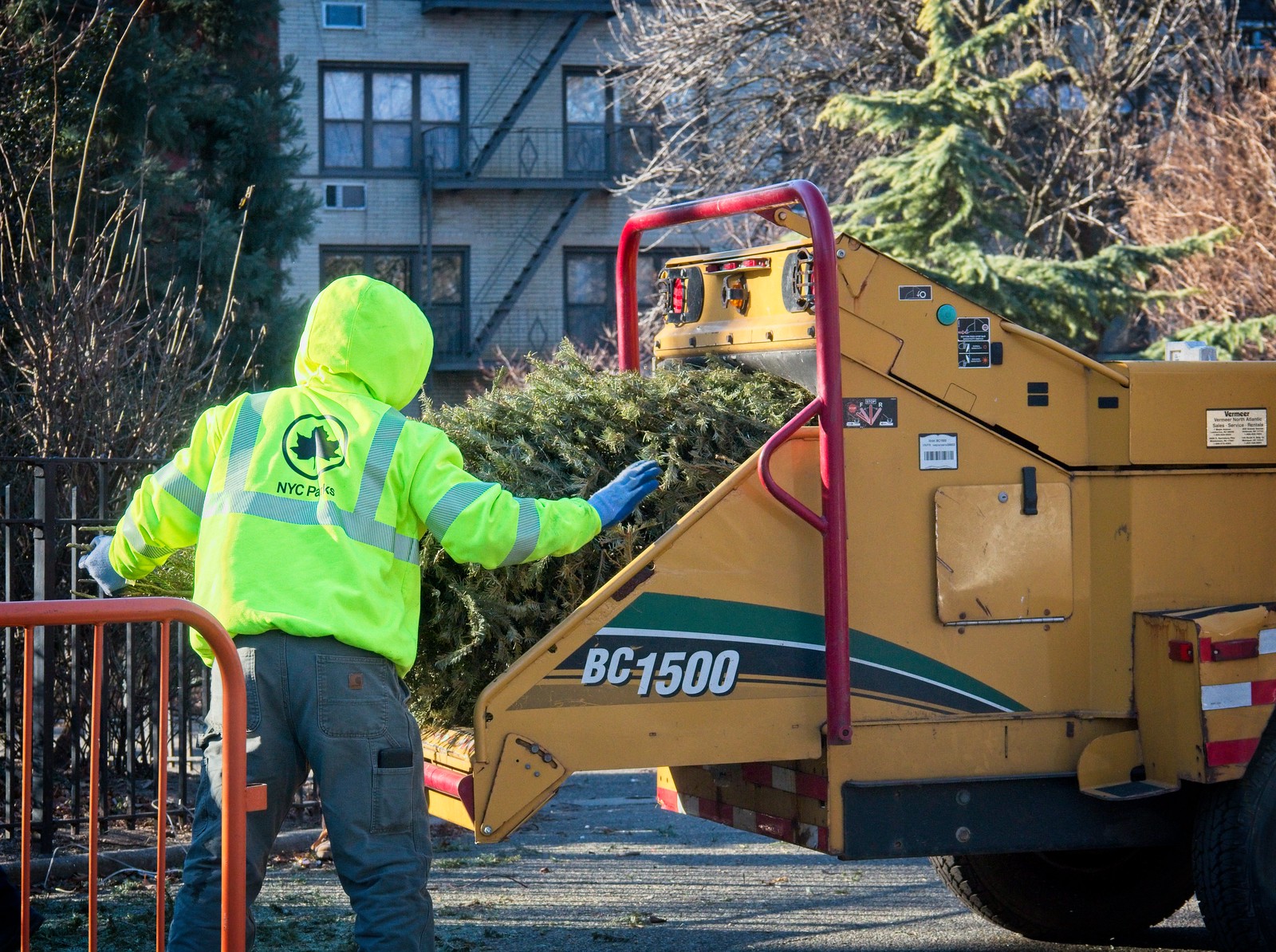 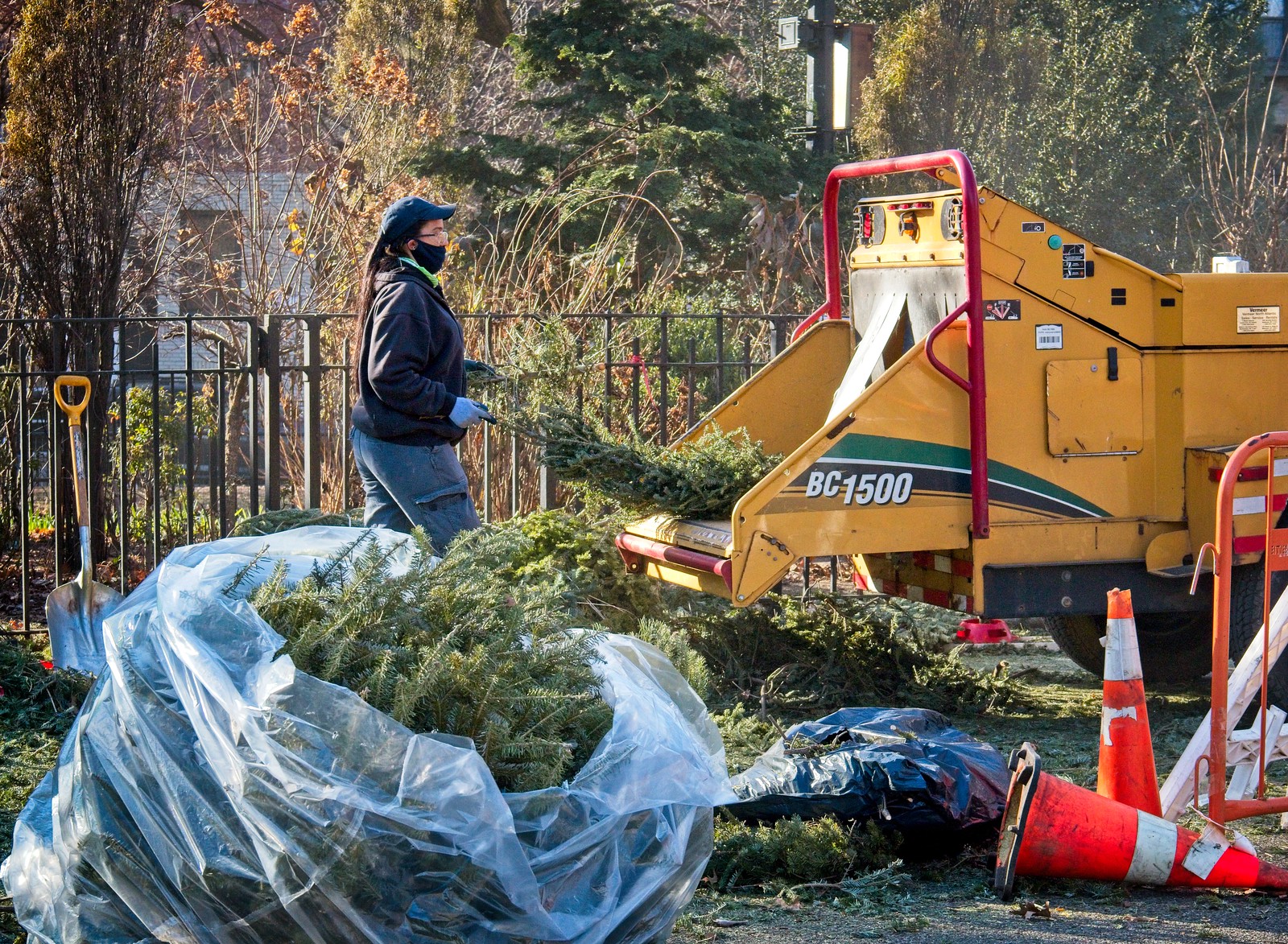 After park workers converted all the trees to mulch, they dumped it into a pile on the sacred spot where the beloved Bendy Tree once stood. 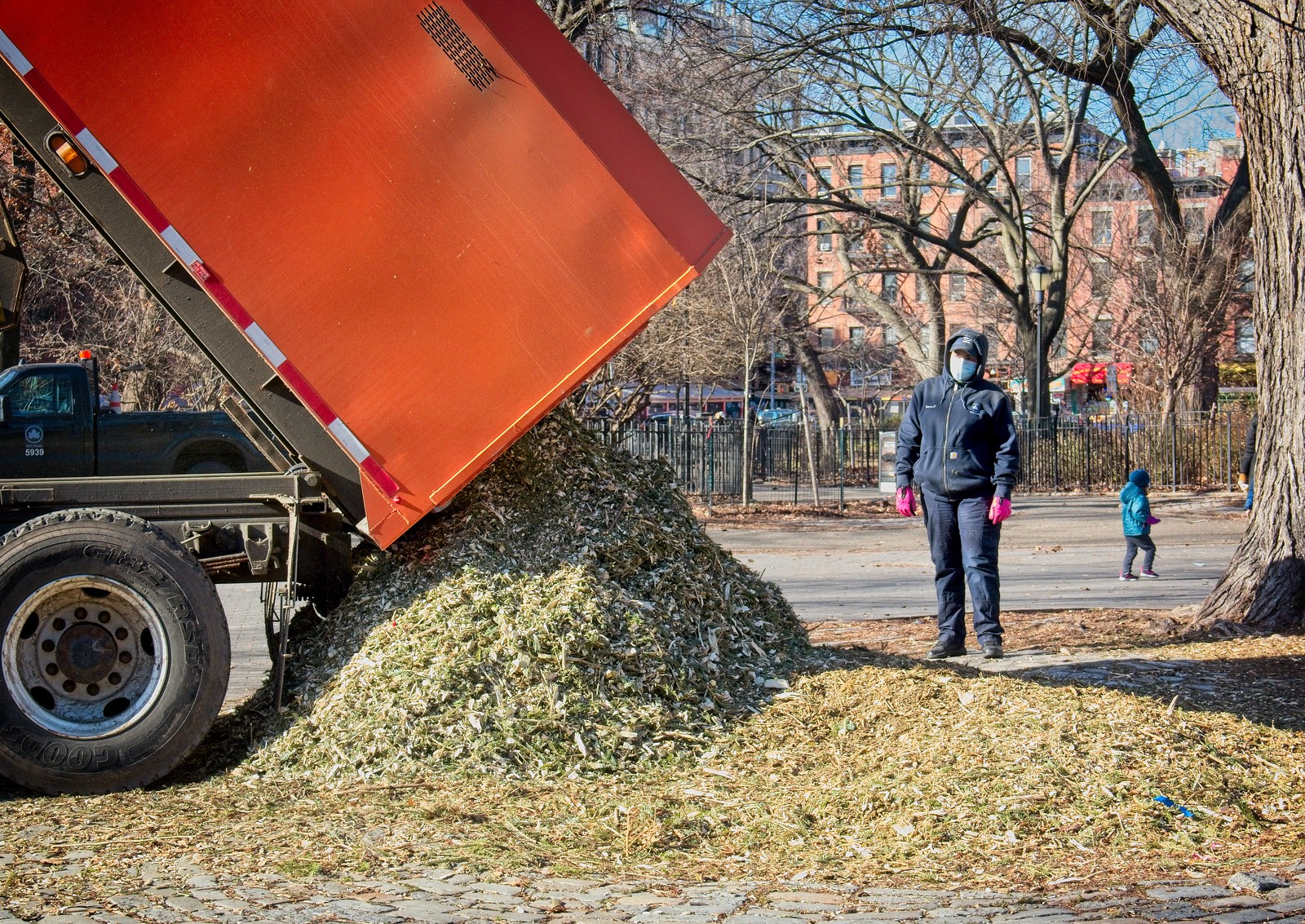 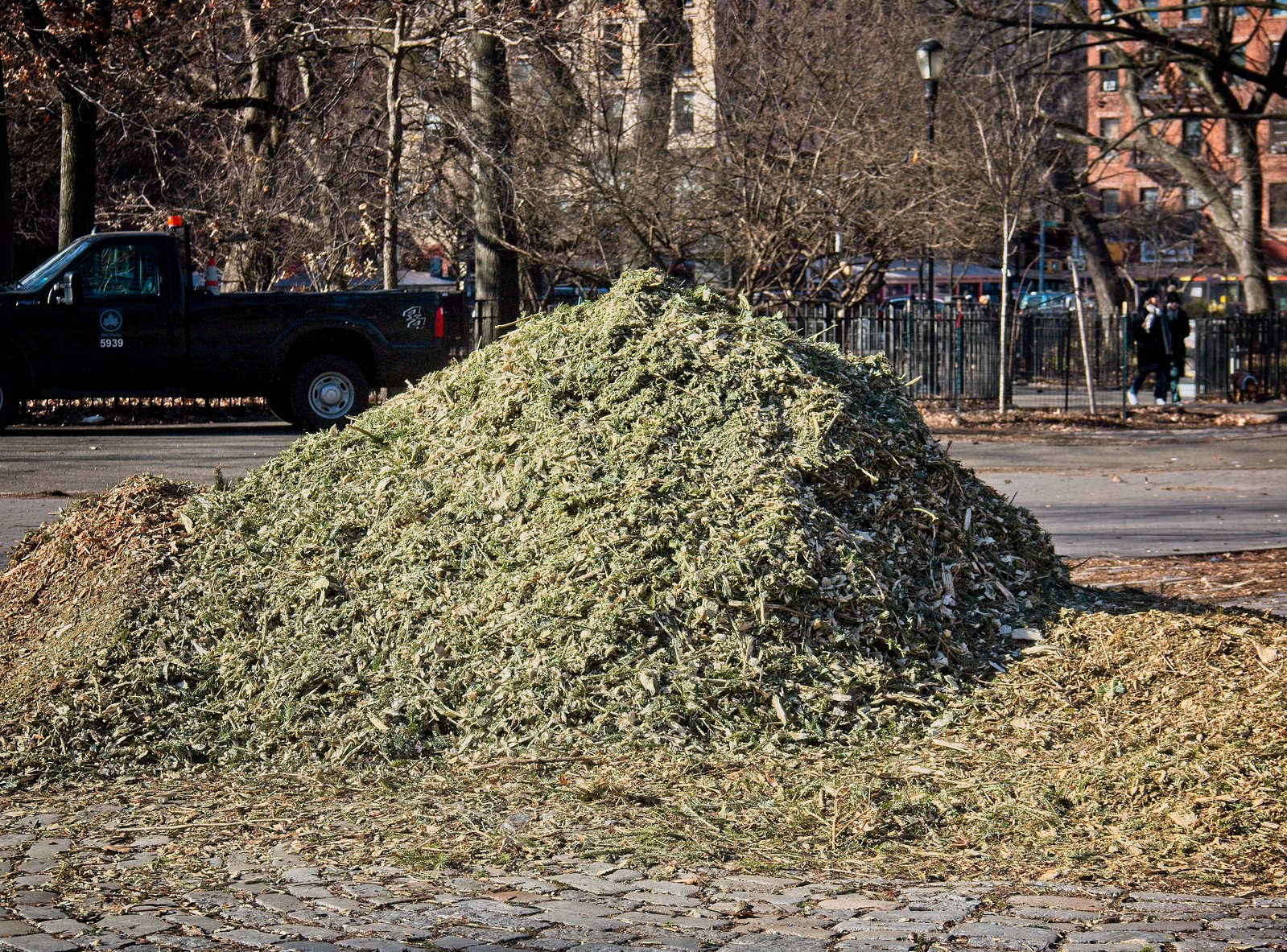 Kids wasted no time conquering Mulch Mountain - gotta enjoy it before the dogs pee on it! 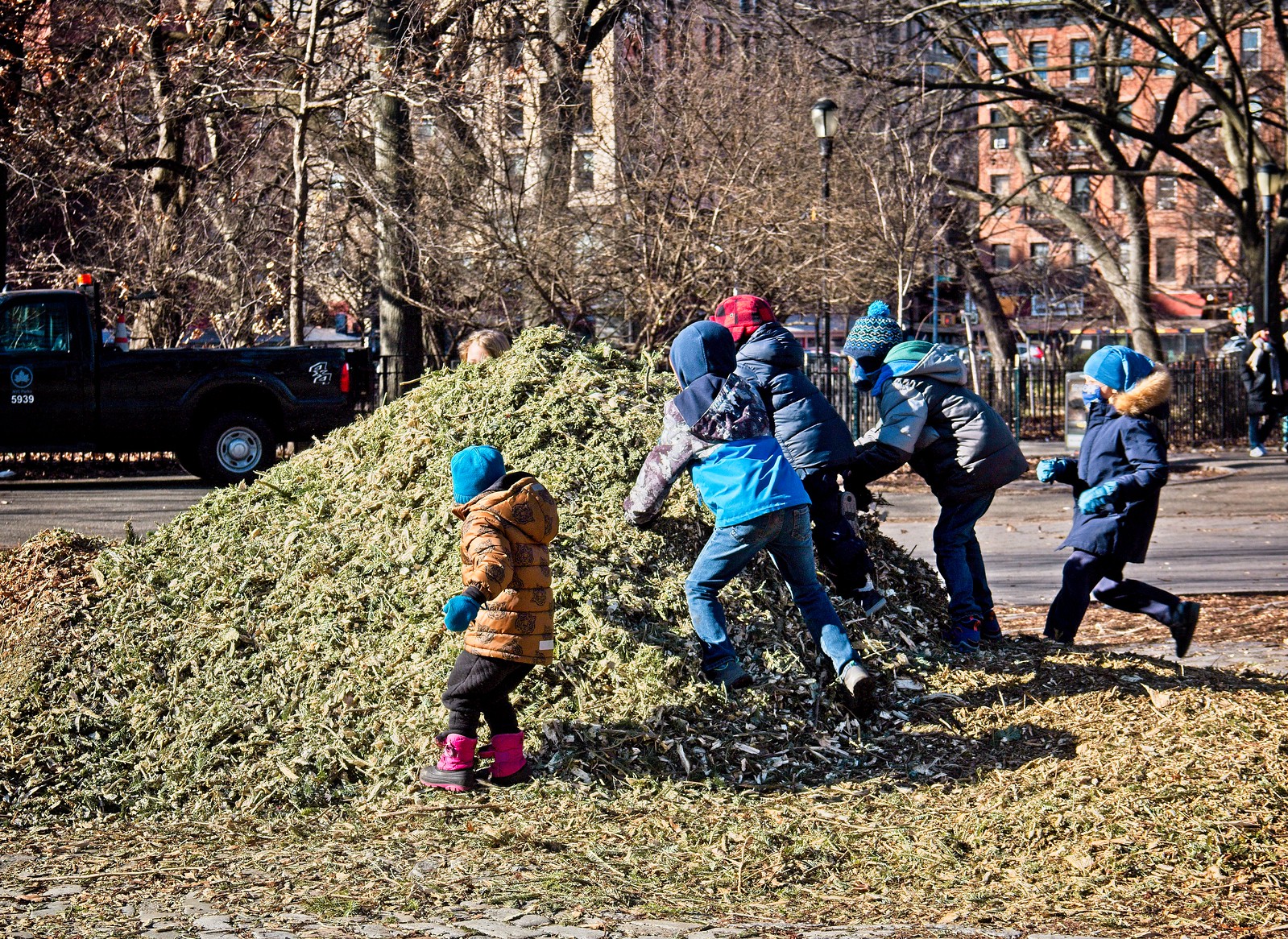 Check out photos of Mulchfest from years past here.

Mulchfest in Tompkins Square wouldn't be complete without a hawk sighting, and our local hawks didn't let us down. When the chipper was turned off, I heard a commotion and looked up to see an immature red-tailed hawk flying over the park. 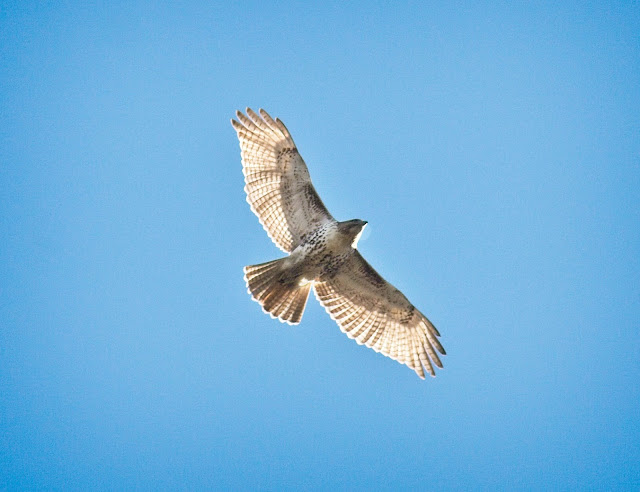 The young hawk was joined by our resident pair, Christo and Amelia, and the three chased each other around before disappearing over St Brigid's church on Avenue B. In the photo below, Amelia is on the left, Christo is in the center, and the immature intruder is on the right. 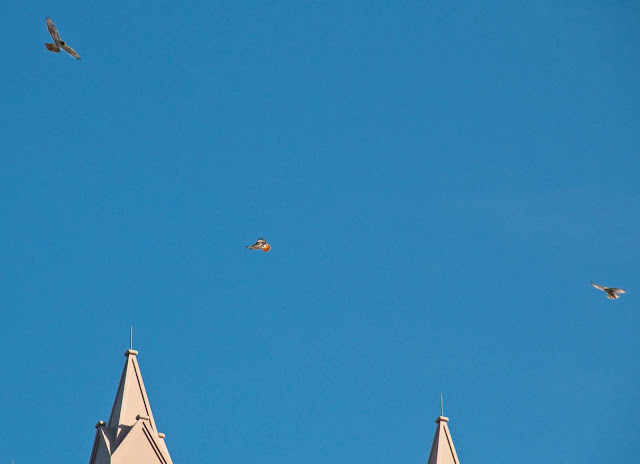 At one pass through the park, the immature hawk had a pigeon in its talons. When Christo reappeared in the park after all three hawks went behind the church, he had a pigeon, which he quickly ate in front of the restrooms. Who caught the pigeon? I don't know, but someone definitely had their lunch stolen.

Meanwhile, not far away, an adult Cooper's hawk perched in a tree, staying out of all the drama. The hawk stood up when Amelia flew by, but relaxed when it saw she wasn't going to force it to leave. 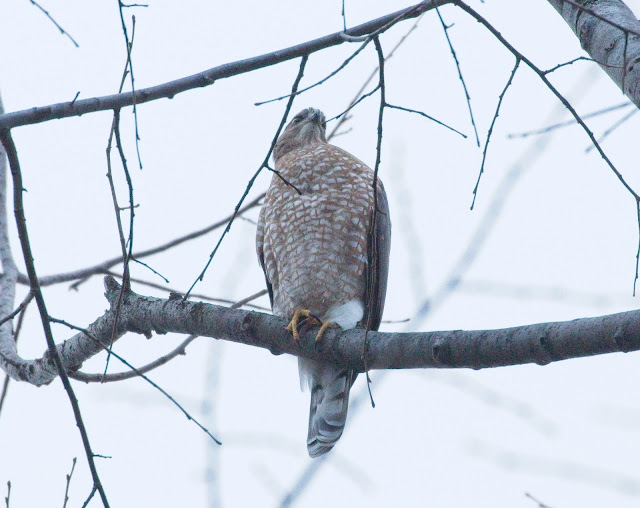 Over the years, I've noticed the red-tails show a fairly high tolerance for Cooper's hawks in their territory. Even these competing species can make room for each other.

Posted by Laura Goggin Photography at 9:53 PM No comments: