All's quiet on the East River

A bucolic afternoon under the Manhattan Bridge. 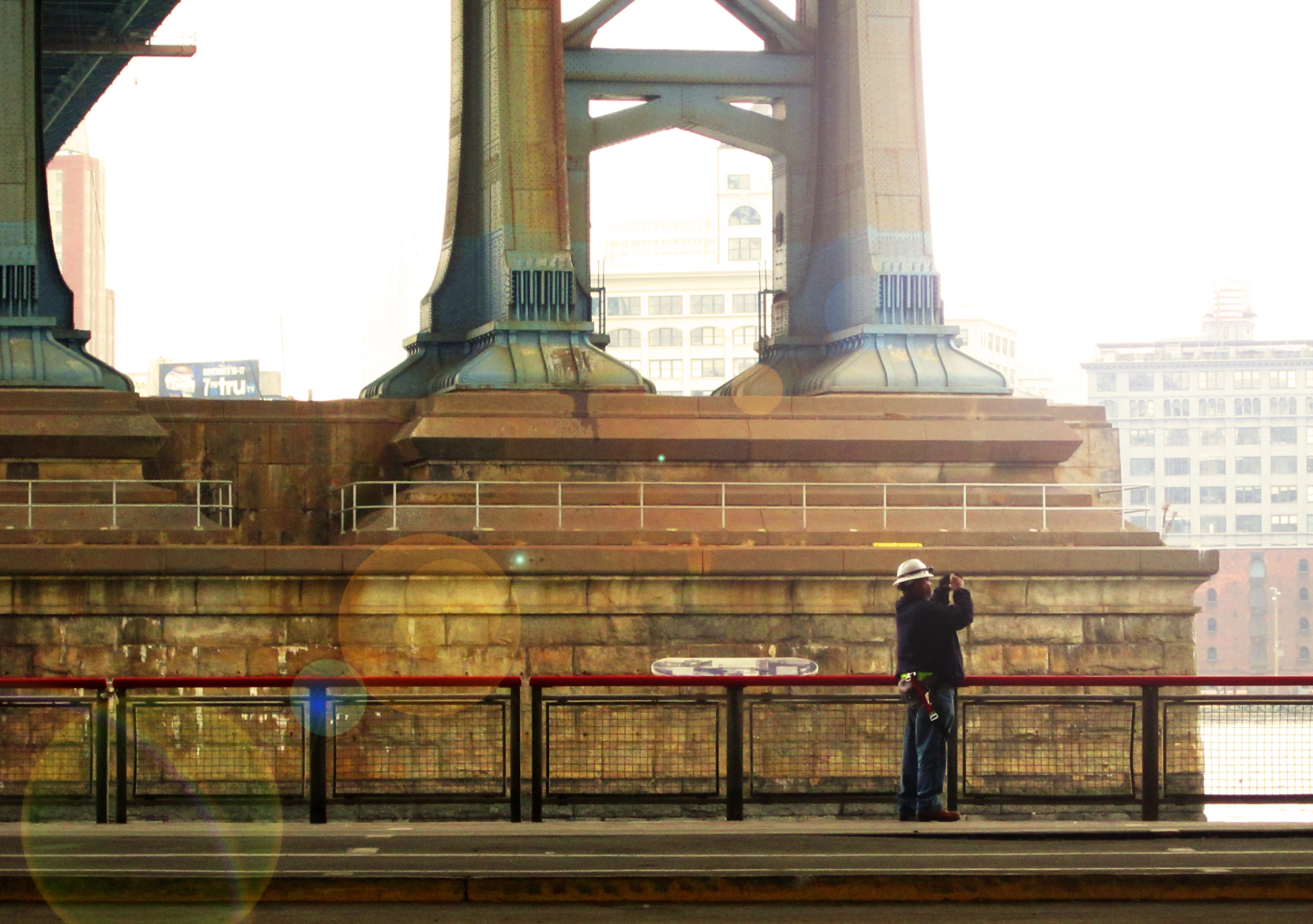 Posted by Laura Goggin Photography at 2:04 PM No comments:

Tompkins Square had its own share of post-Thanksgiving frenzy on Black Friday.  Rats were going for a dime a dozen and, as one hawk sank its claws into a tasty rat snack, an aggressive squirrel (who I'm sure had been camped out all night in anticipation of the holiday bargains), tried unsuccessfully to drive its rival away. 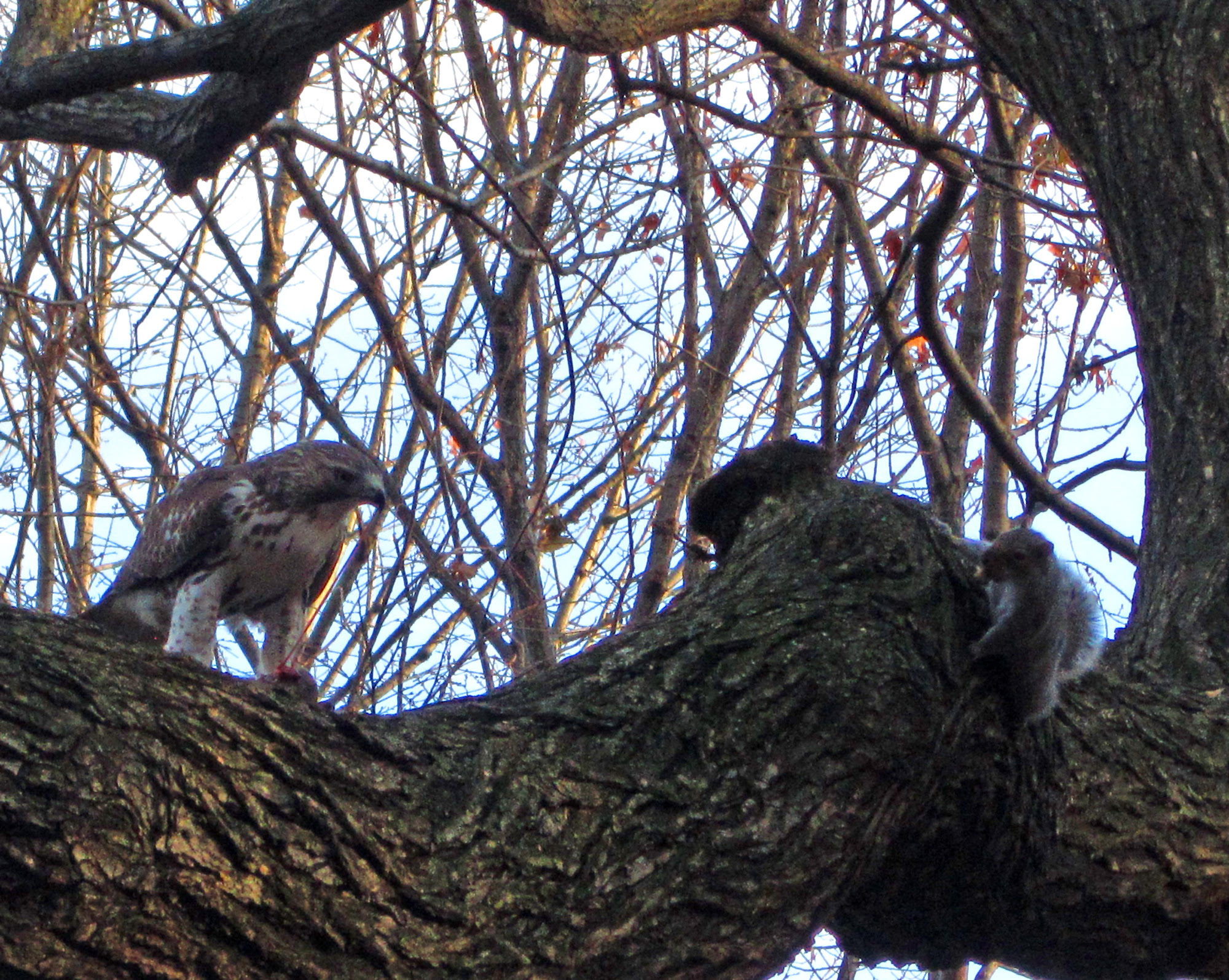 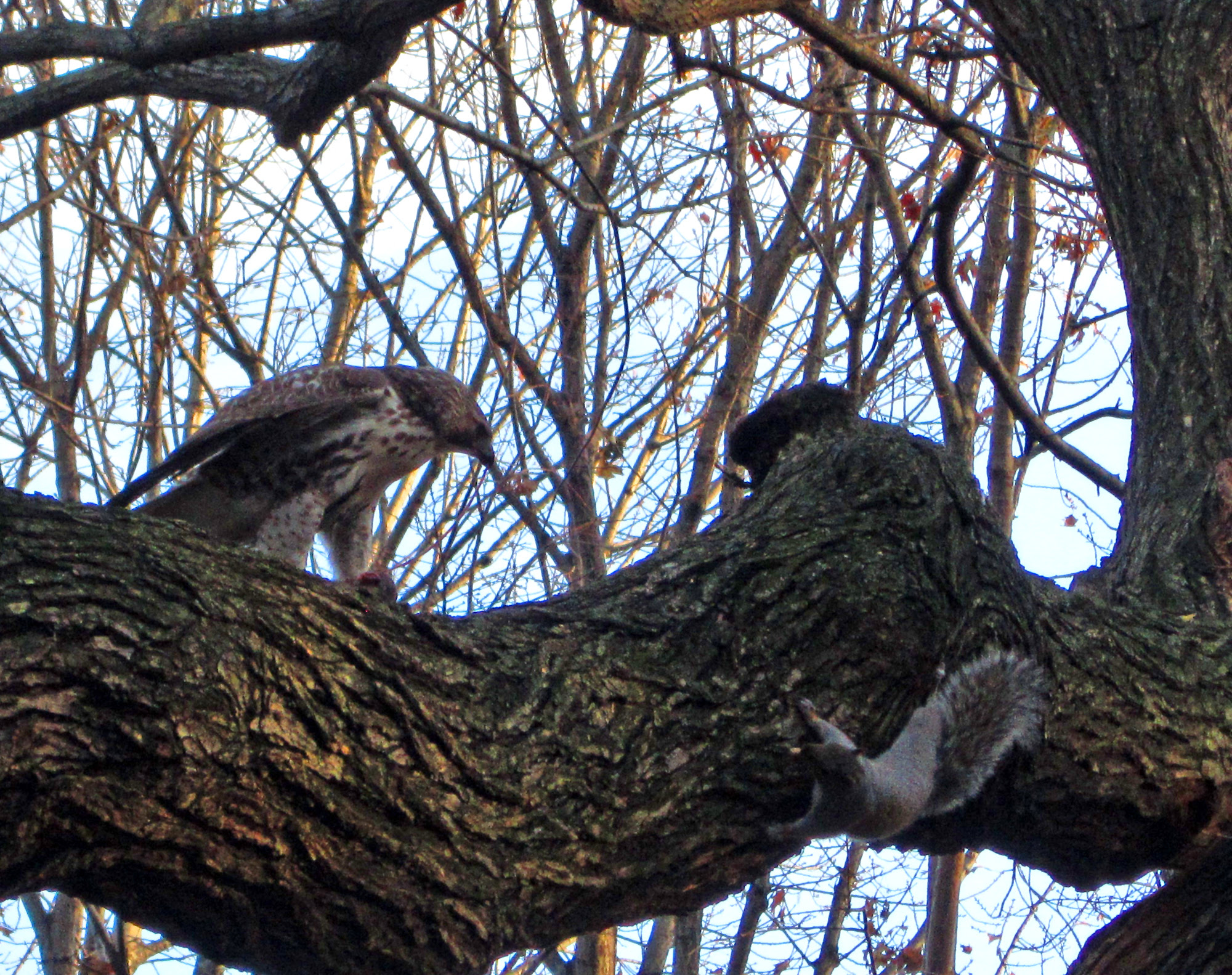 In the end, the hawk gets back to its rat-spagetti... 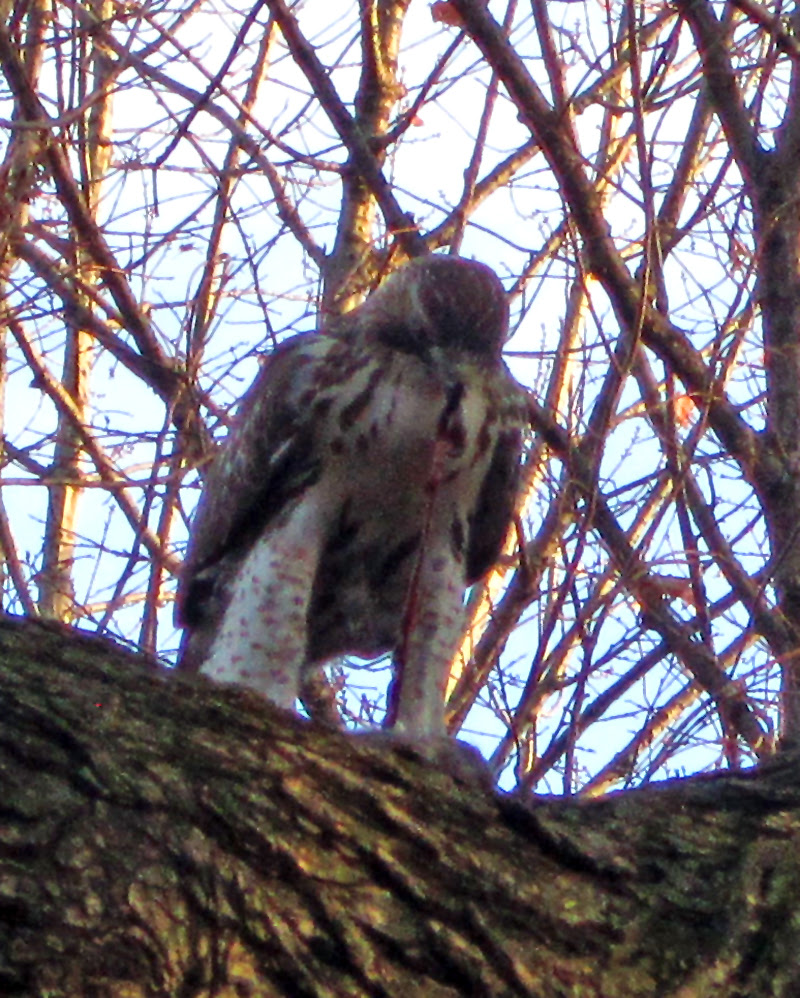 Check out GammaBlog for a great video of the confrontation. 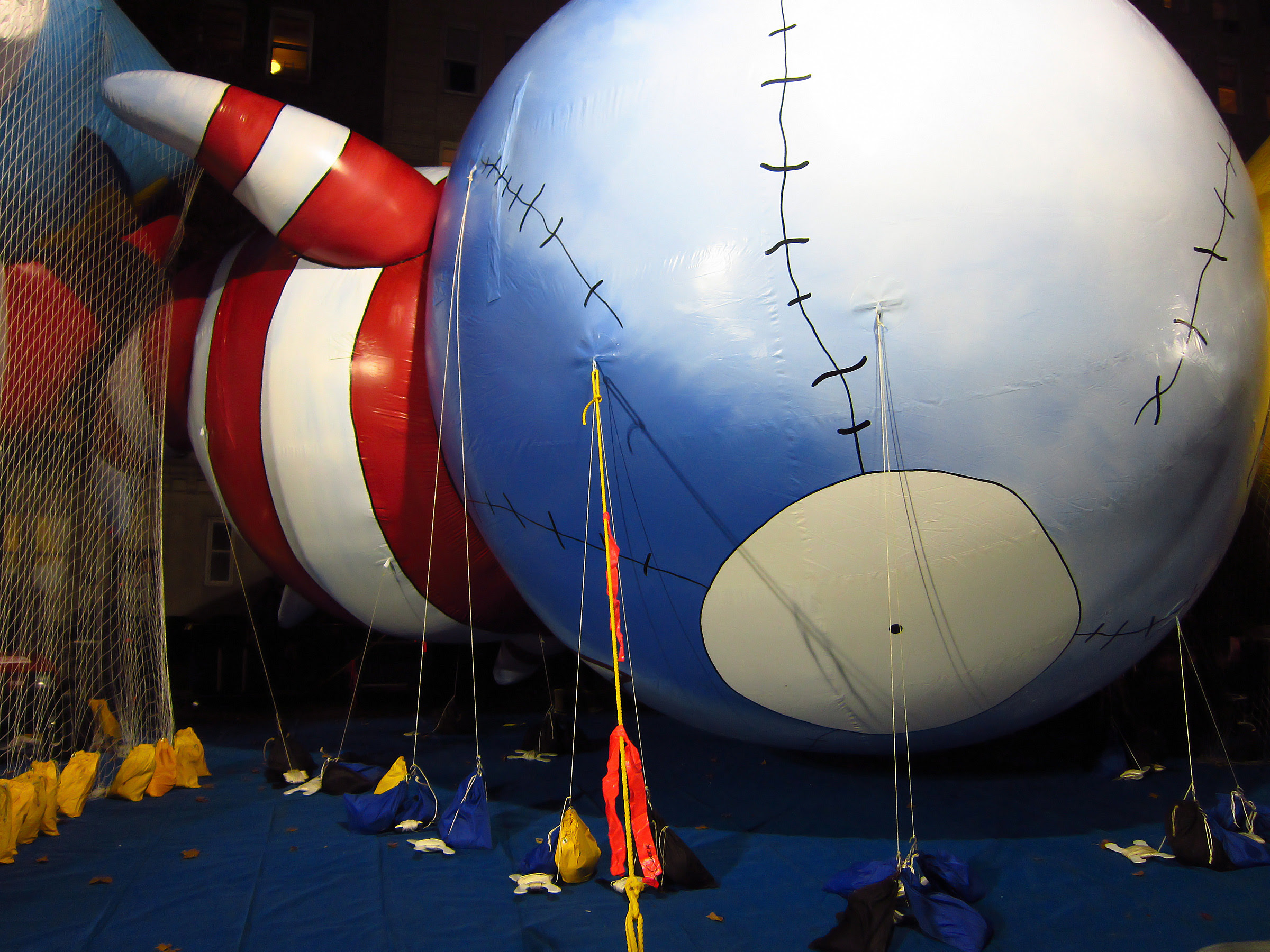 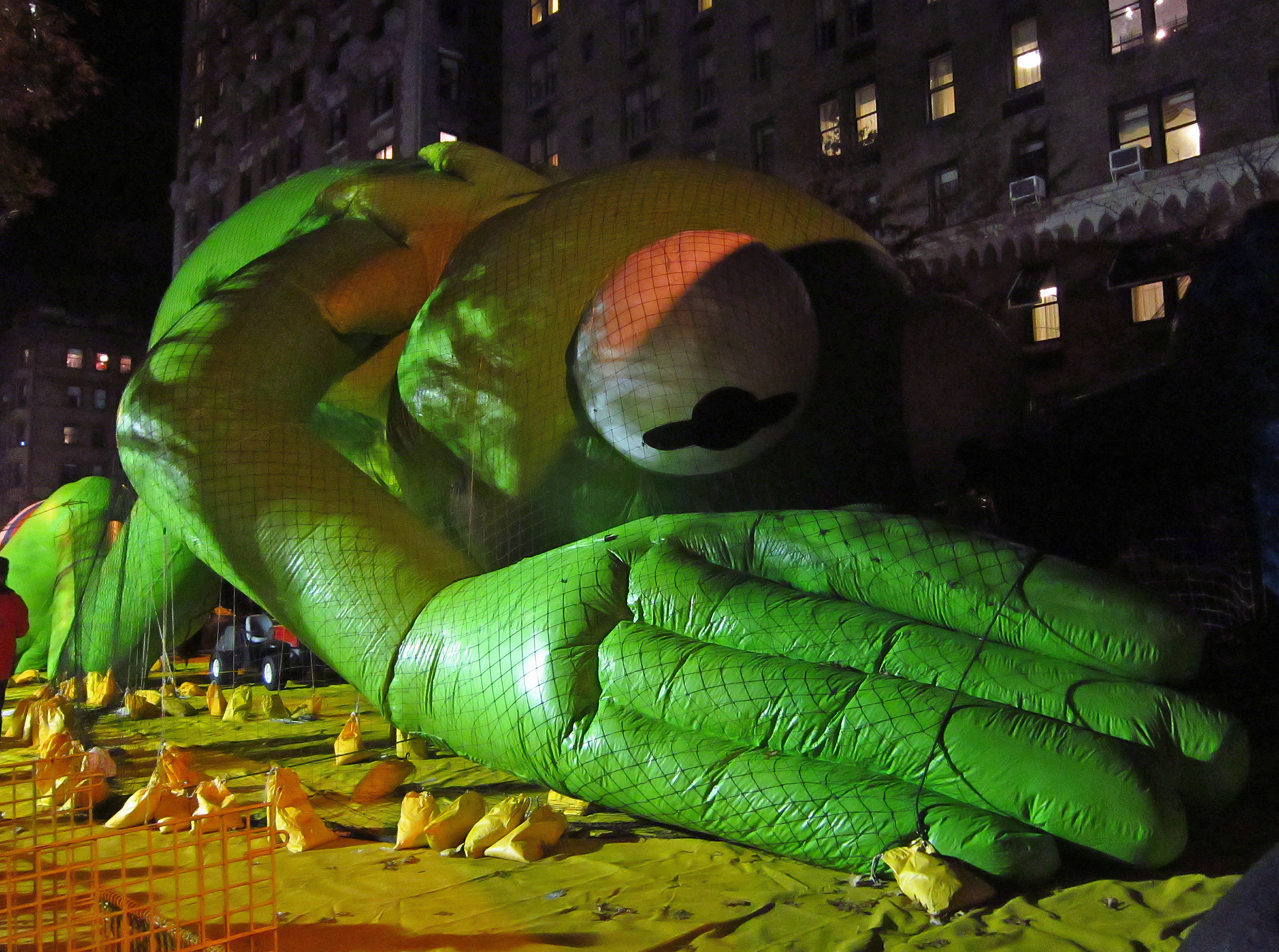 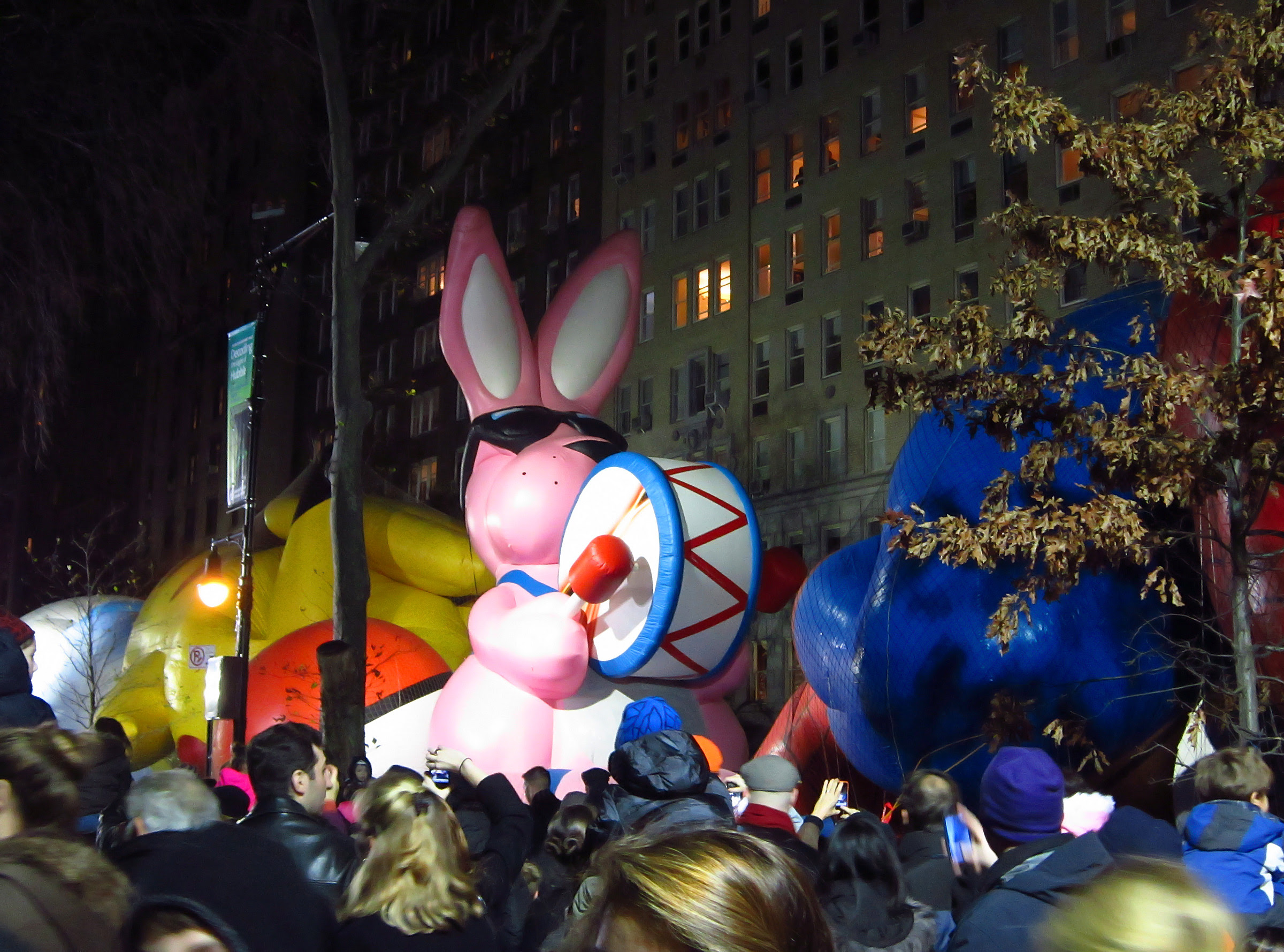 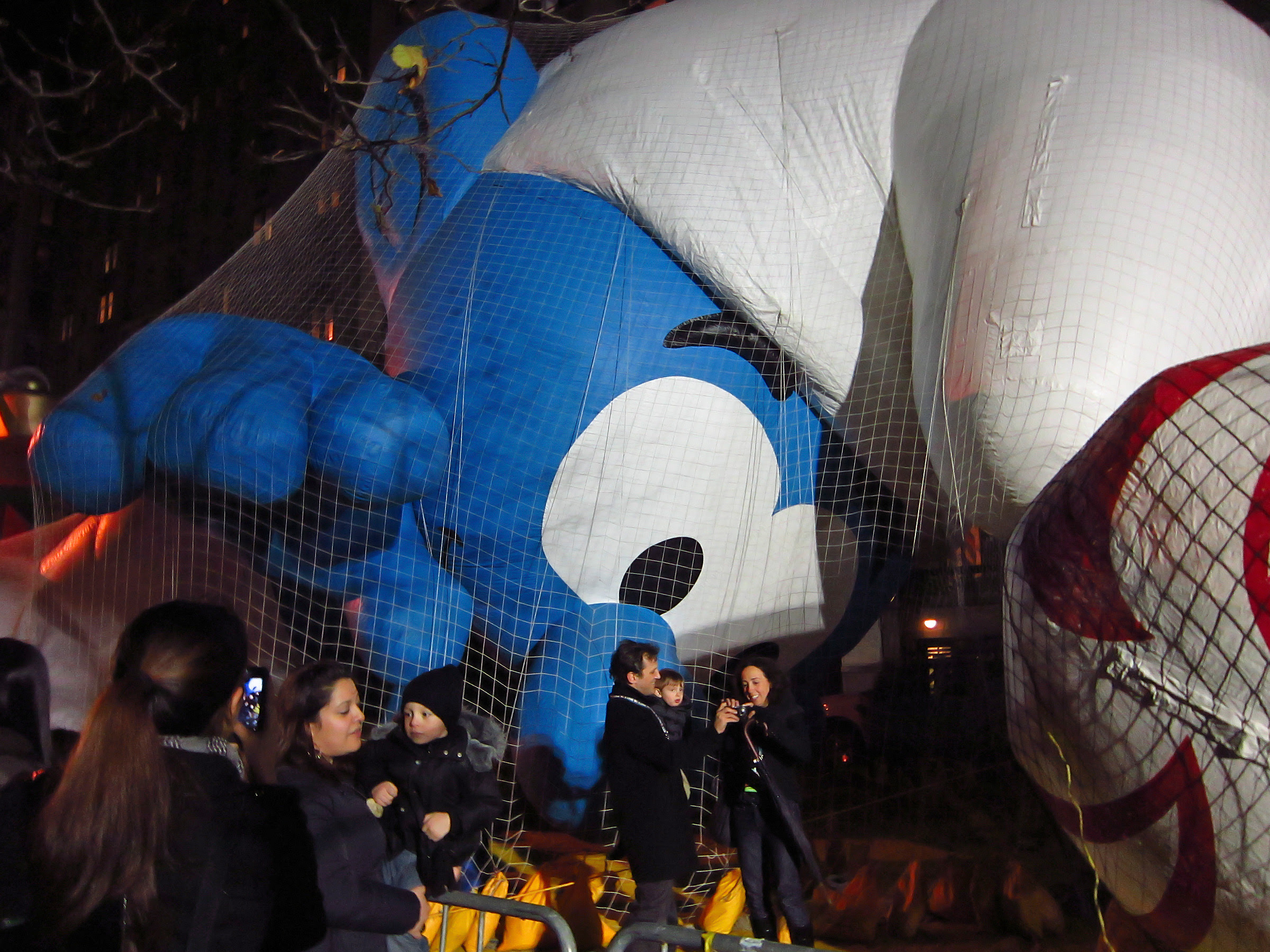 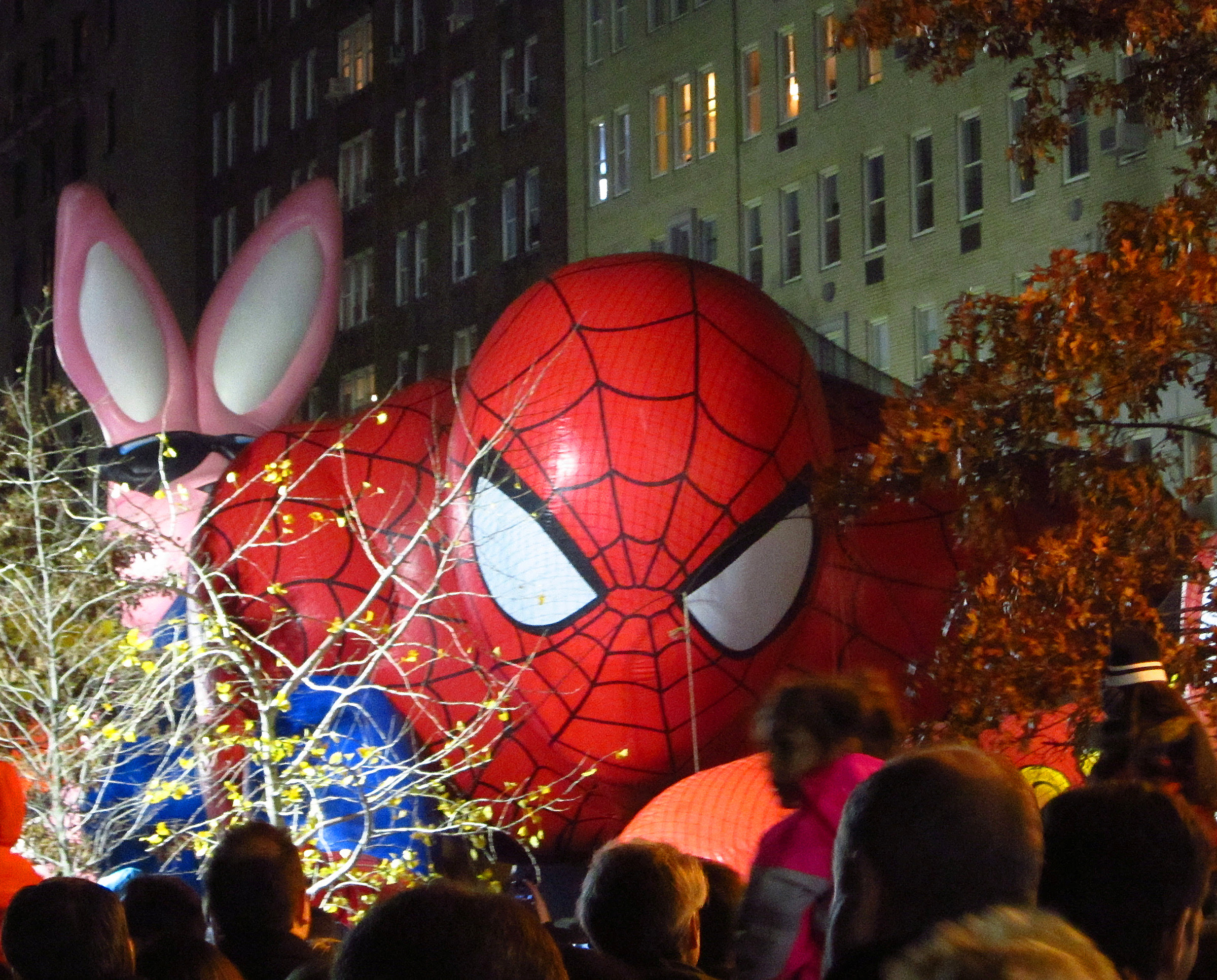 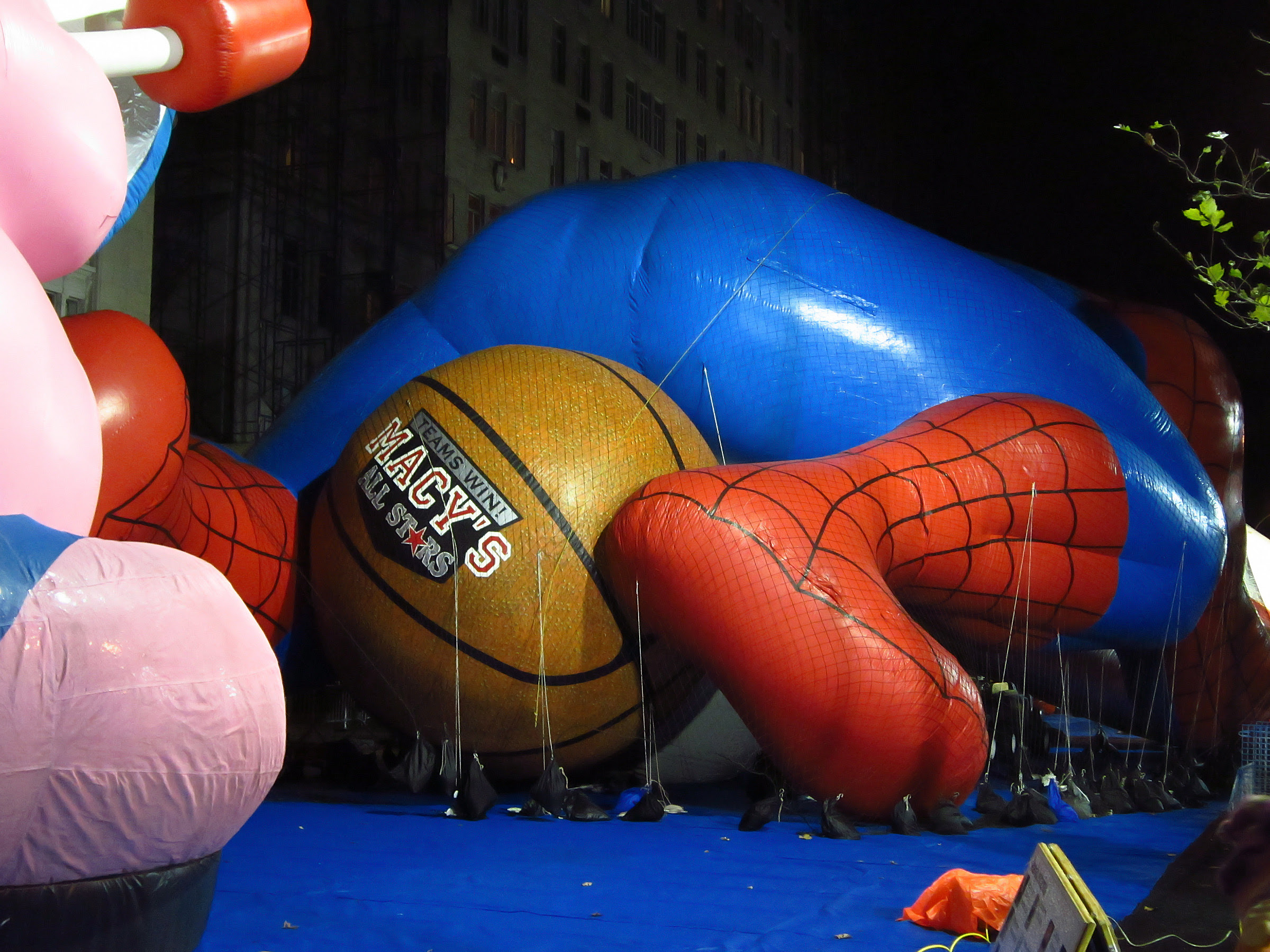 I've always loved the Seaport at night as it's dark, quiet and mysterious.  All the old buildings and cobblestone streets make it easy to imagine the city as it was back in the 19th century. 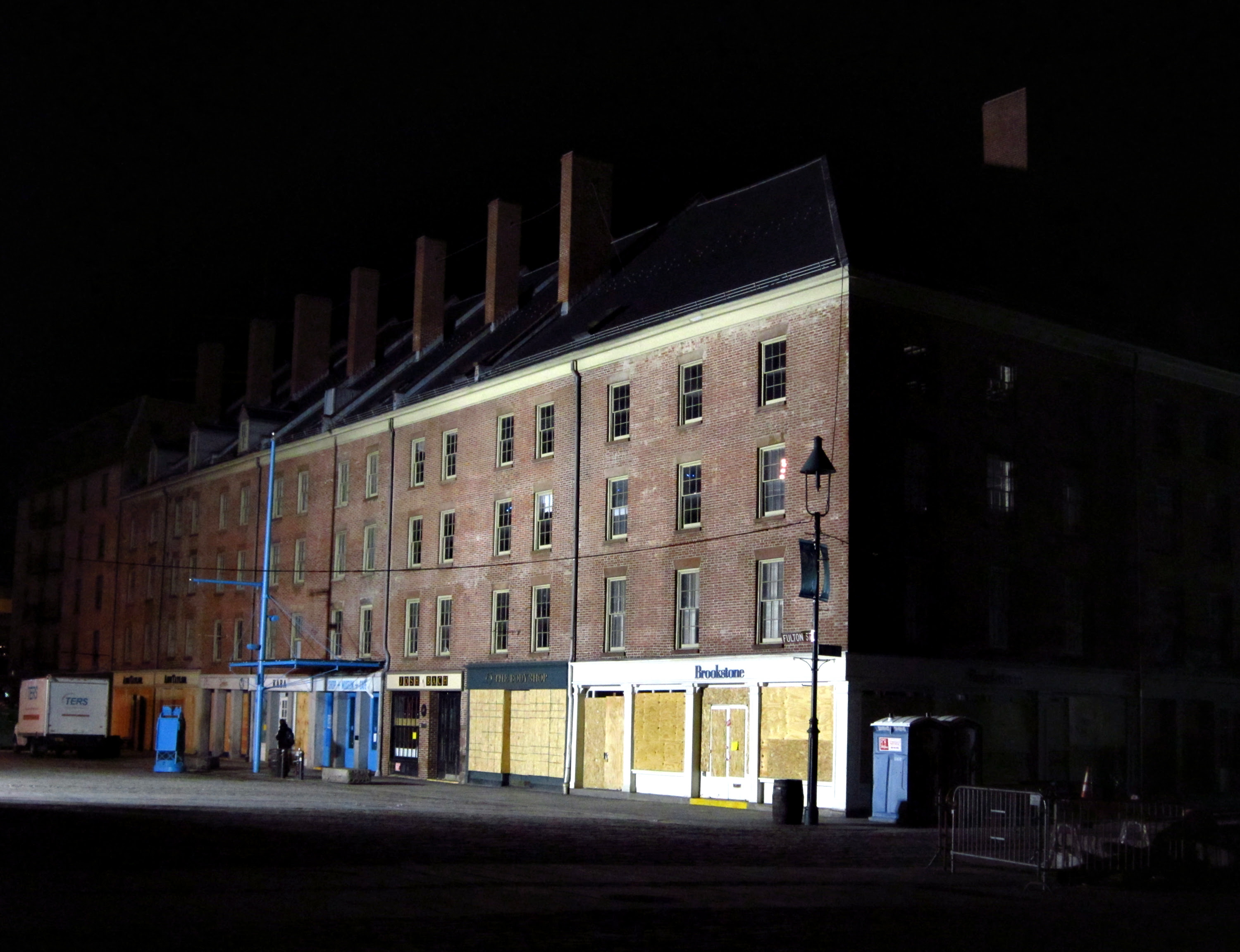 The Seaport was hit hard by Hurricane Sandy.  Two weeks after the storm, electricity is back on, but the area is still in the dark.  A light on here and there reveals the destruction to all the ground floor businesses and residences from South Street up to Water Street:  windows boarded up, trash piled on the sidewalks and in the gutter, dumpsters in abundance... 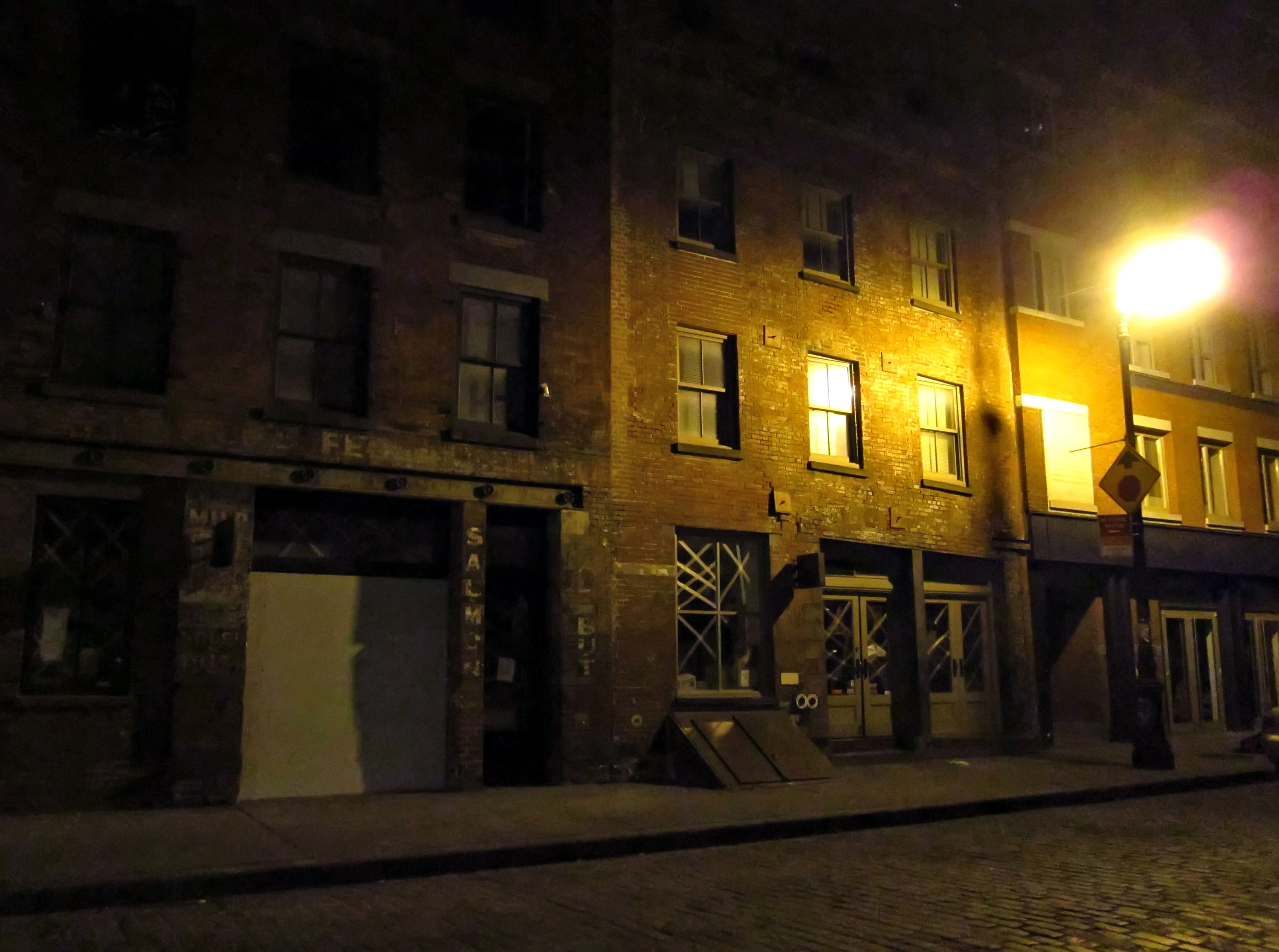 A woman gets out of a cab on Front Street and her jaw drops.  "I had no idea!" she exclaims.  She'd spent the days since the storm helping hurricane victims at the Jersey Shore, only to return home and find her own home devastated. 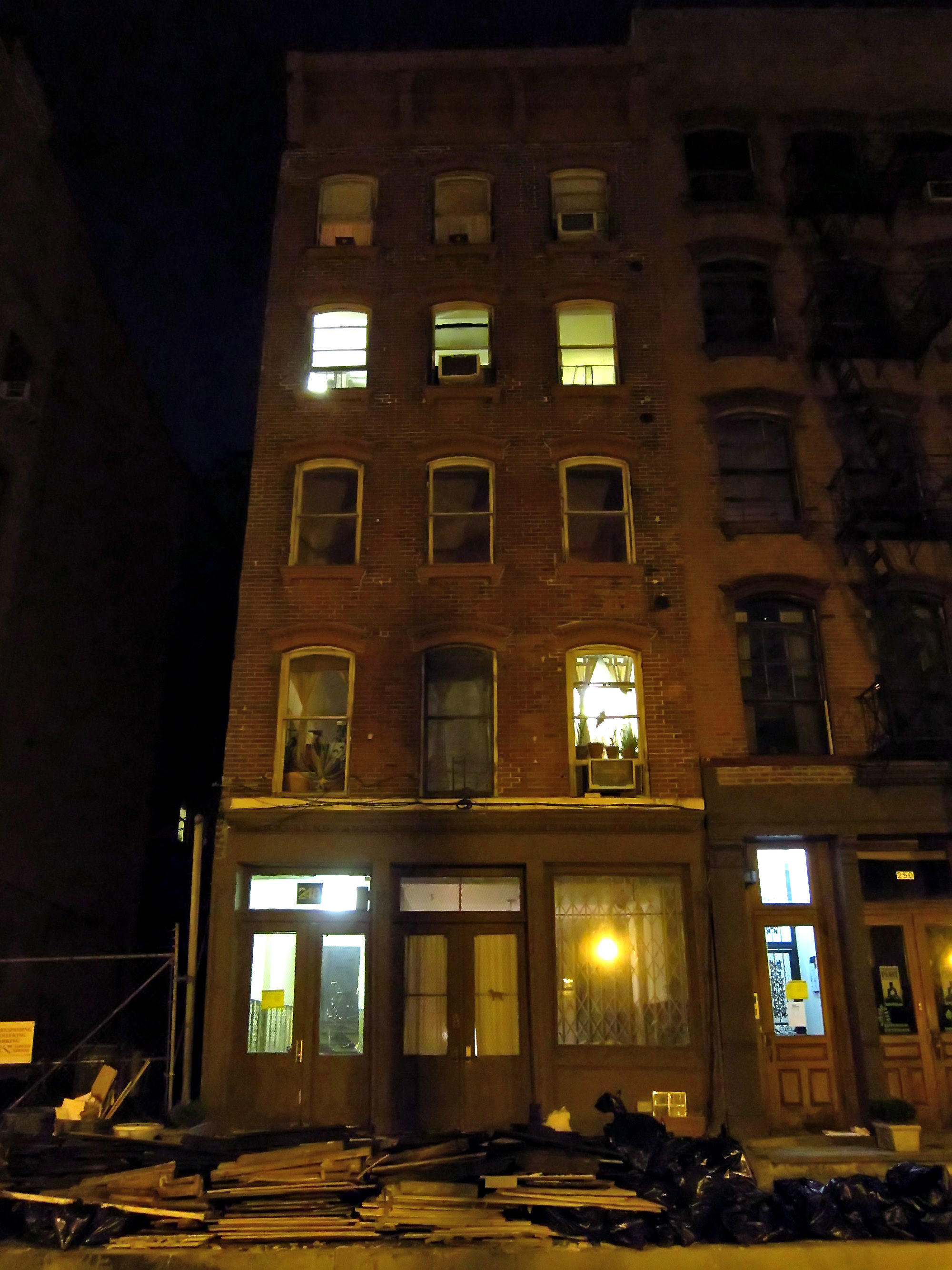 A stillness saturates the shadowy blocks. The only signs of life emanate from Jeremy's Ale House, which miraculously survived the storm. 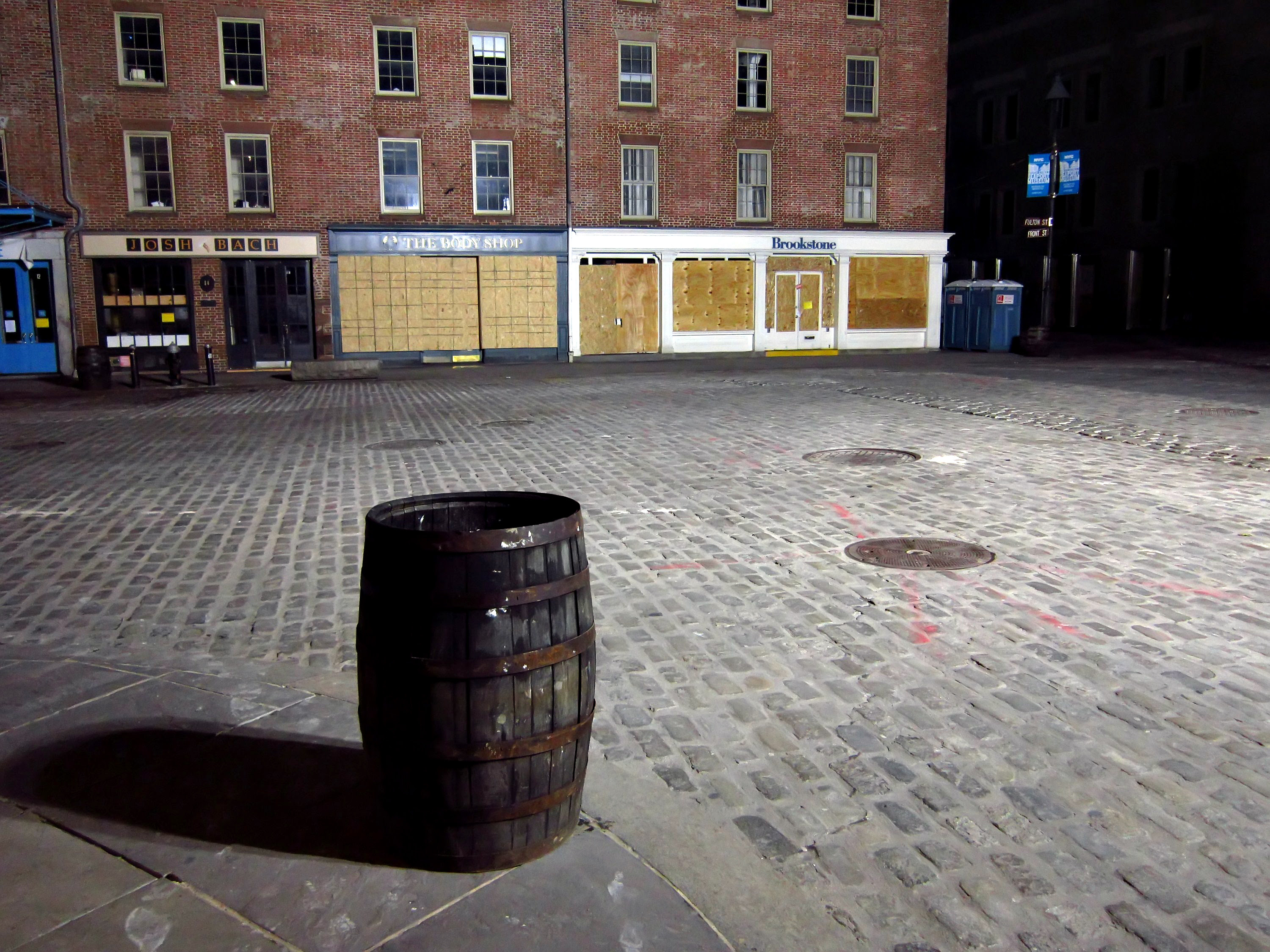 Recovery is well under way and I've heard some businesses may return in 3-4 months.  In the mean time, you can show support by donating to the Seaport Museum, which is a fantastic resource for learning about the city's early history and evolution as a world-class port.

Down at the Seaport, the mess left behind by Hurricane Sandy is still being cleaned up, and will be for some time. 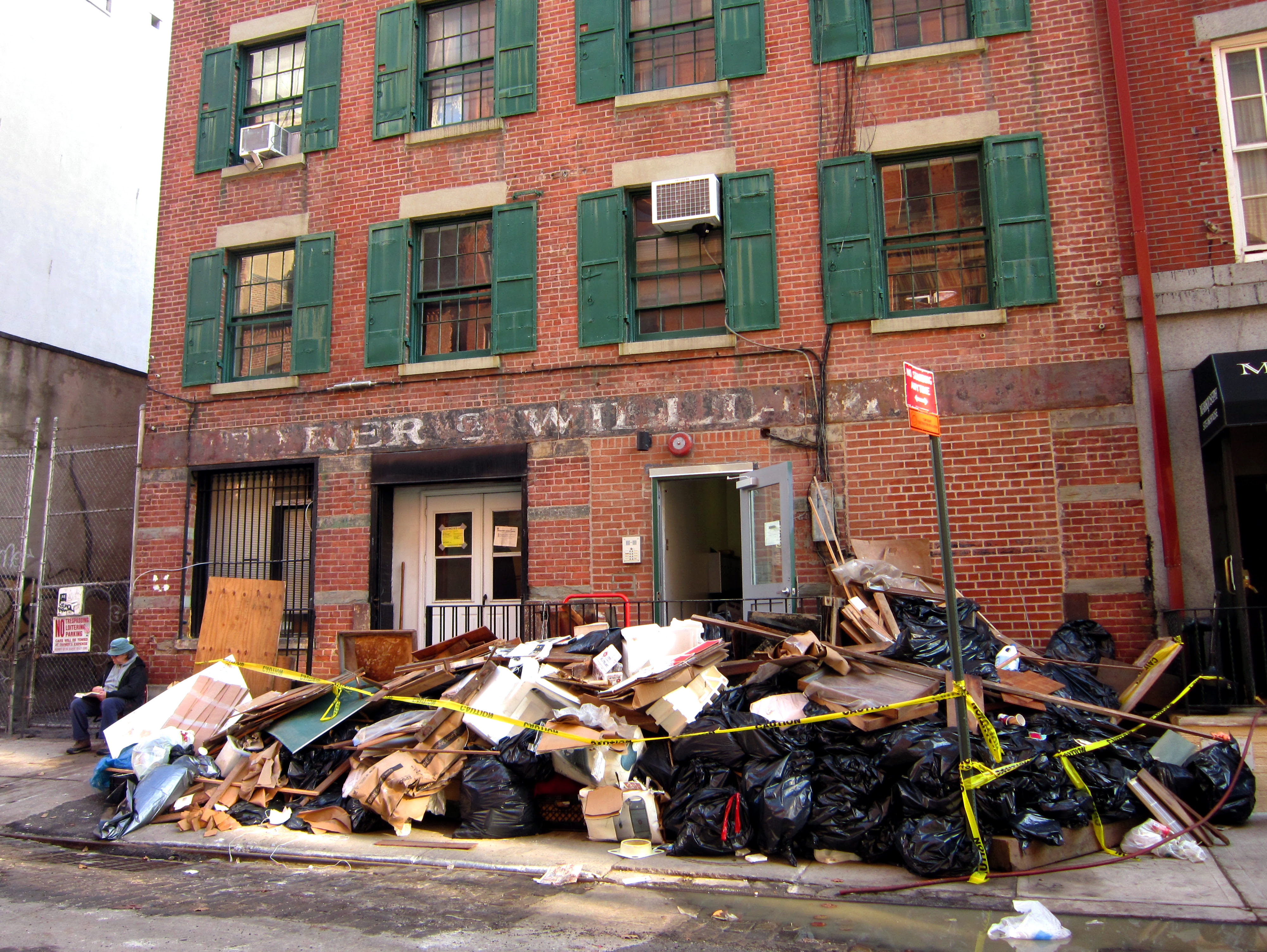 The only business I found open in the area today was Jeremy's Ale House. Jeremy's has always been something of a disaster, so perhaps the flooding didn't make that much difference...and I say this lovingly because I consider it the dive of dives.  So, if you're near the Seaport any time soon, do go in and give them some support.  They're going to need it as it will be quite a while before the neighborhood is rebuilt.

Enough with the storms already!

Still reeling from Hurricane Sandy last week, a nor'easter was really the last thing we needed two days ago.  With people still without electricity, heat and hot water, Winter Storm Athena wasn't welcome.  Fortunately, the damage caused was minimal compared to Sandy and the snow is already gone.

Here are a few scenes from my trudge home from work Wednesday night. 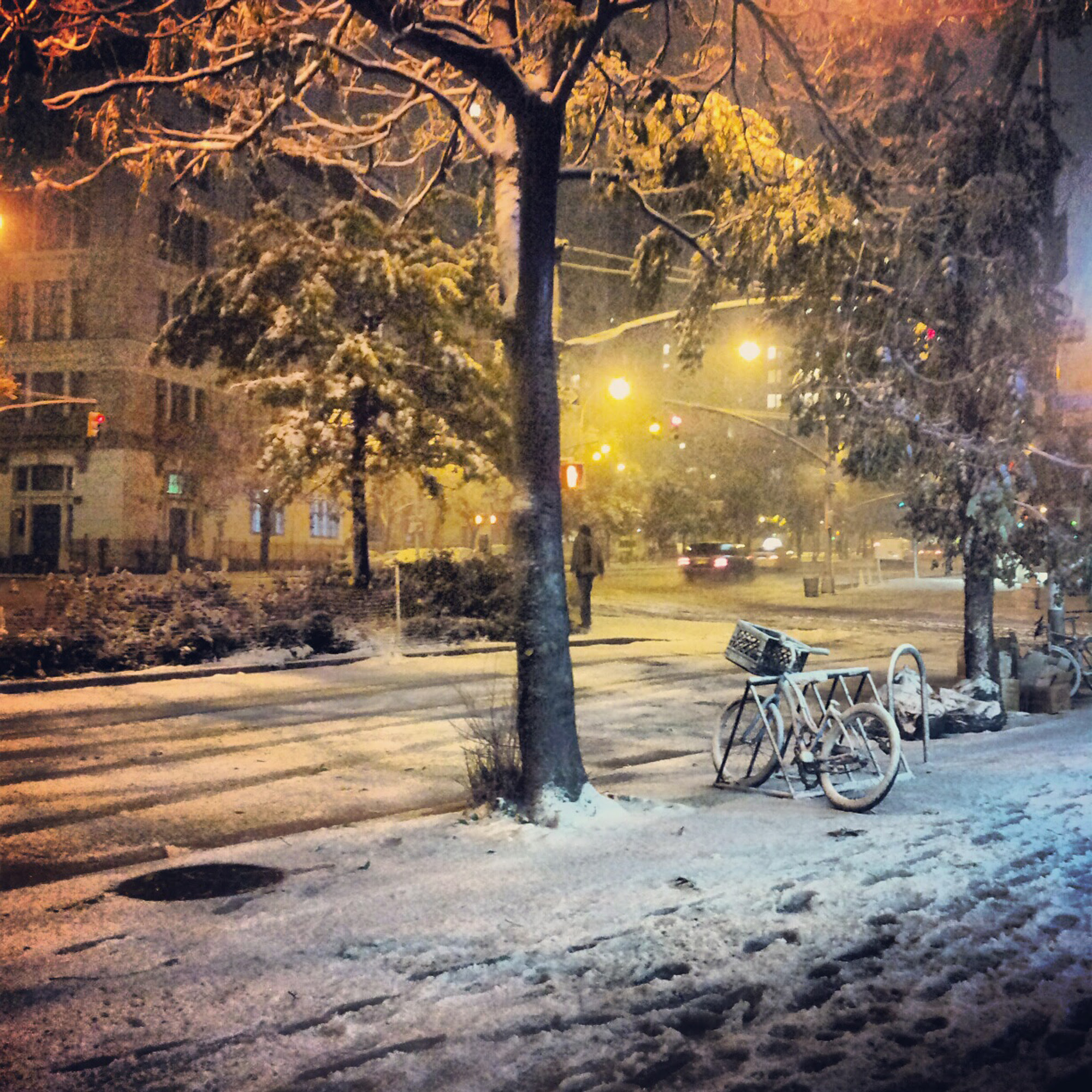 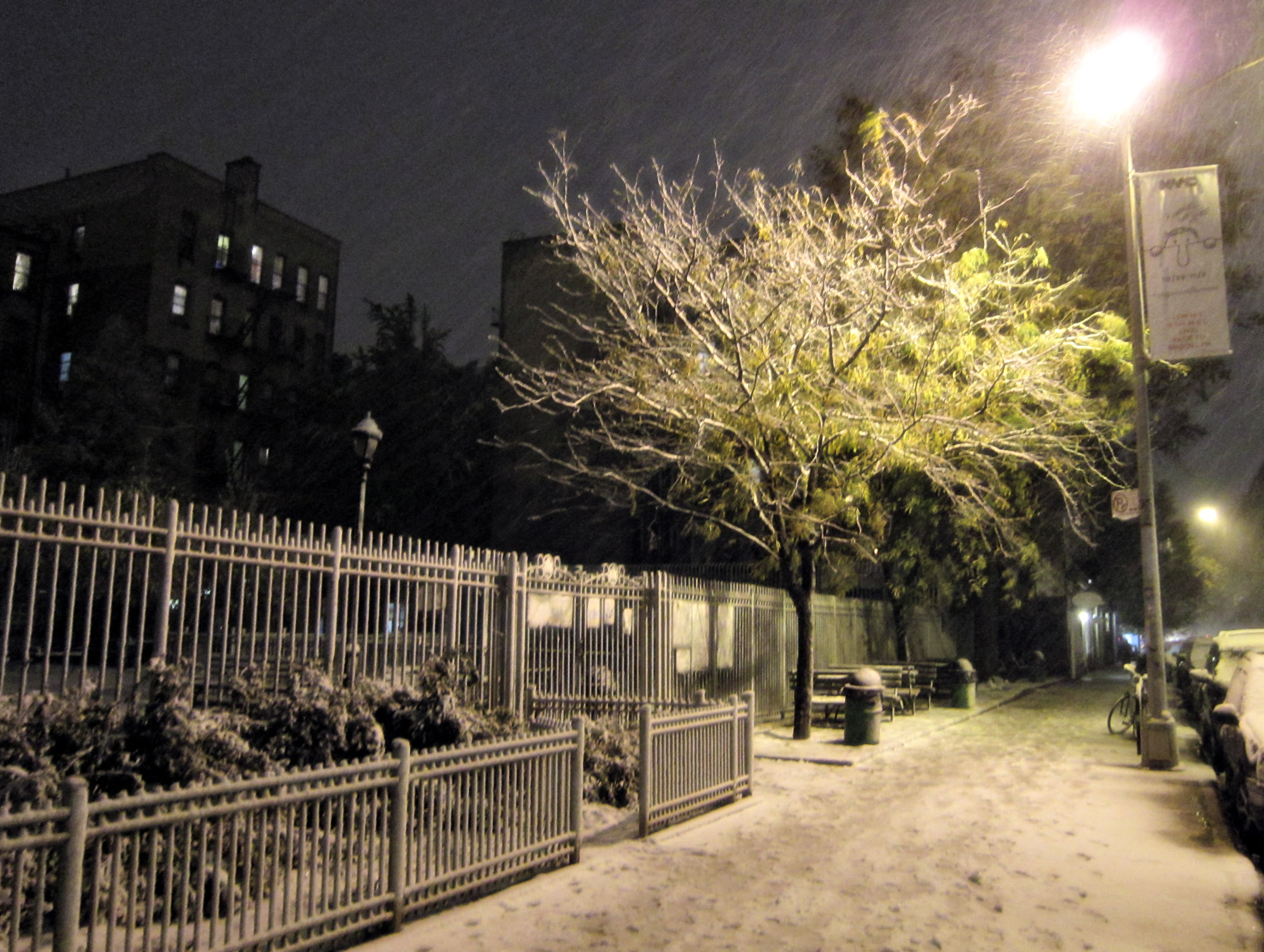 A tree felled by Hurricane Sandy: 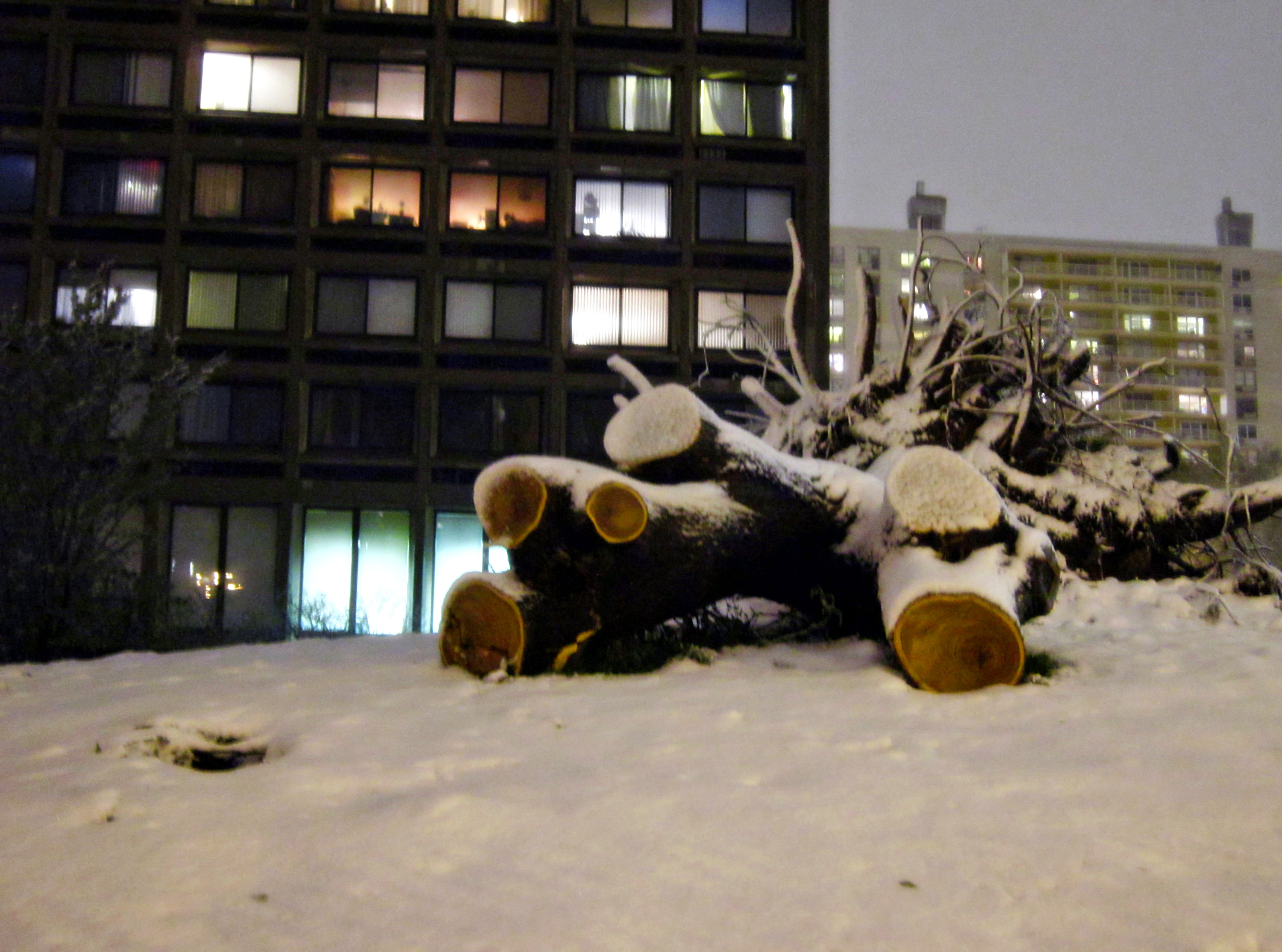 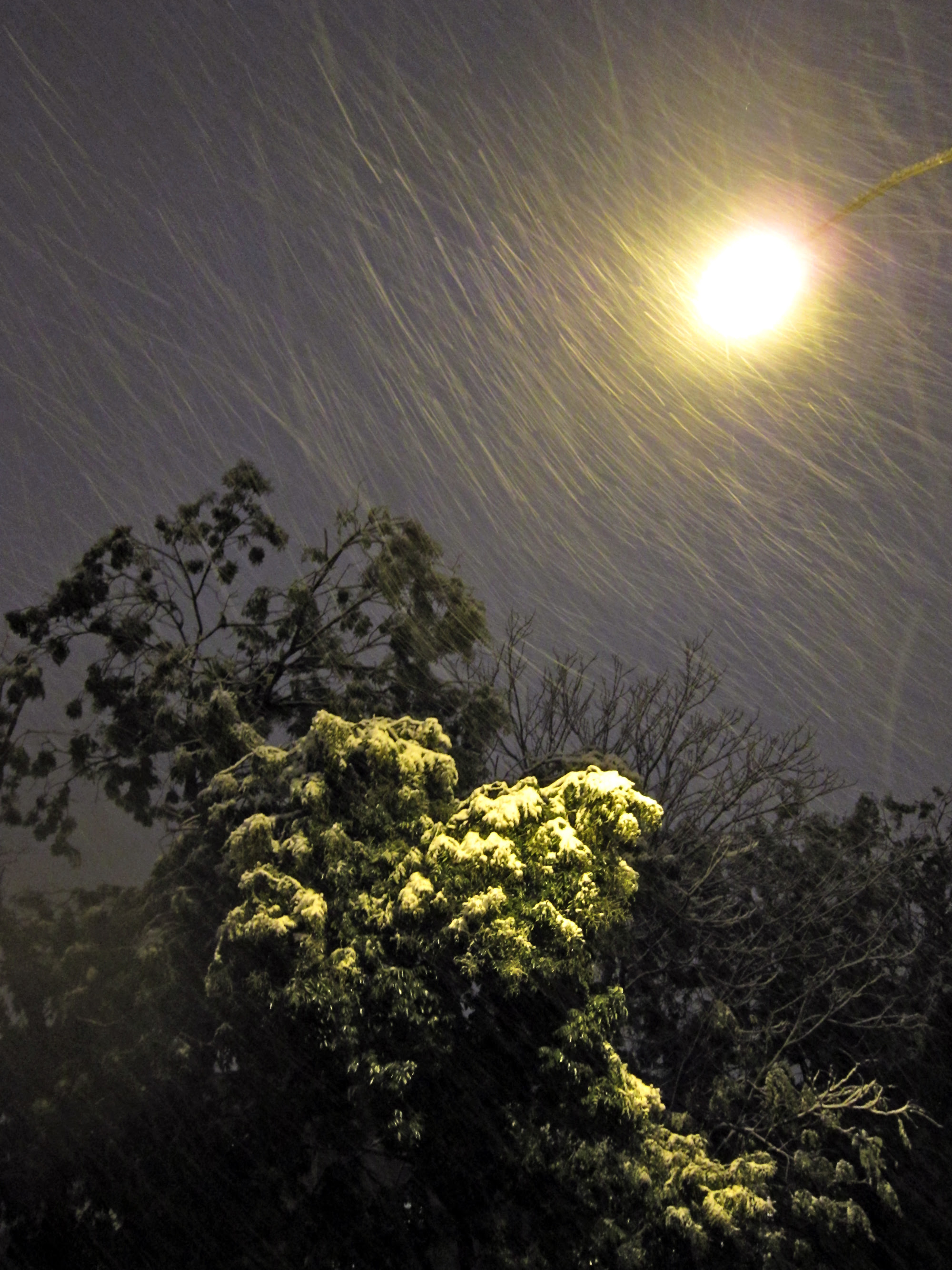 
Posted by Laura Goggin Photography at 12:29 PM No comments:

What a storm.  I have to say, Hurricane Sandy was unlike any other storm I've ever experienced.  I expected a lot of wind and rain, but as the storm slowly moved into the city Monday night, I admit I was a bit disappointed that it didn't seem all that dramatic.  That evening around 5pm, I shot this video on 2nd Avenue and St Mark's, which shows how seemingly dull Sandy appeared:

About an hour later, the intensity picked up and it got dark quickly, so I decided to head home.  Even then, you can see in this video of my walk to First Avenue that things are still not that unusual - there were strong gusts of wind, but more blowing rain than anything else.

But, by then it was already too late.  Sandy was sneaky and deceptive.  Flooding from the storm surge had already begun and the power would go out two hours later and last almost five days.  And, the nights in between each of those days were the darkest I've ever known.  I've concluded there is no darker place than the city without its lights.

Here we are looking west on 6th Street at Avenue A (that's the Cherry Tavern on the right): 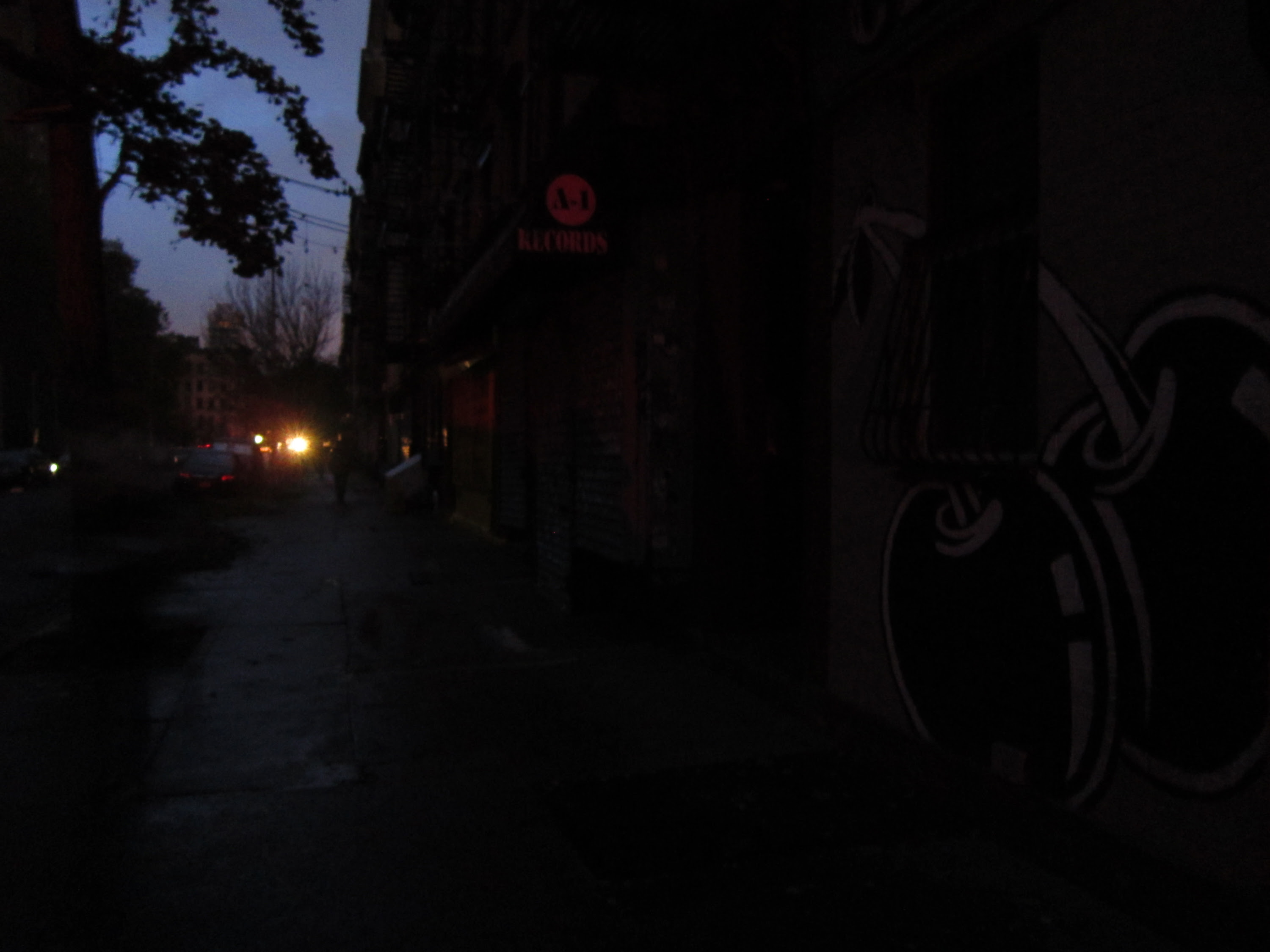 This is First Avenue and 6th Street, which is normally illuminated by thousands of Christmas lights in the Indian restaurants (as seen at the end of the video above): 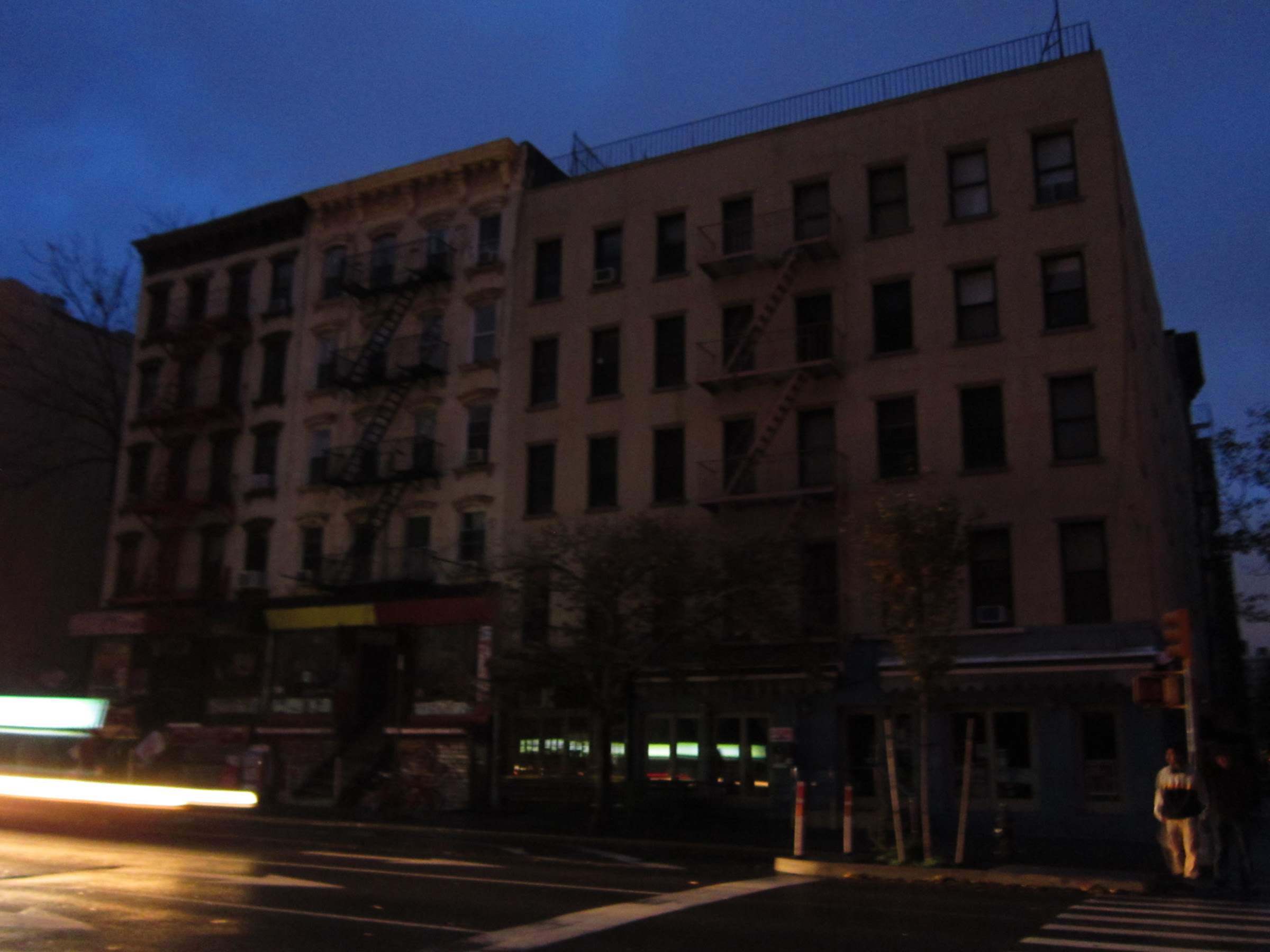 Gem Spa, which was actually open for business: 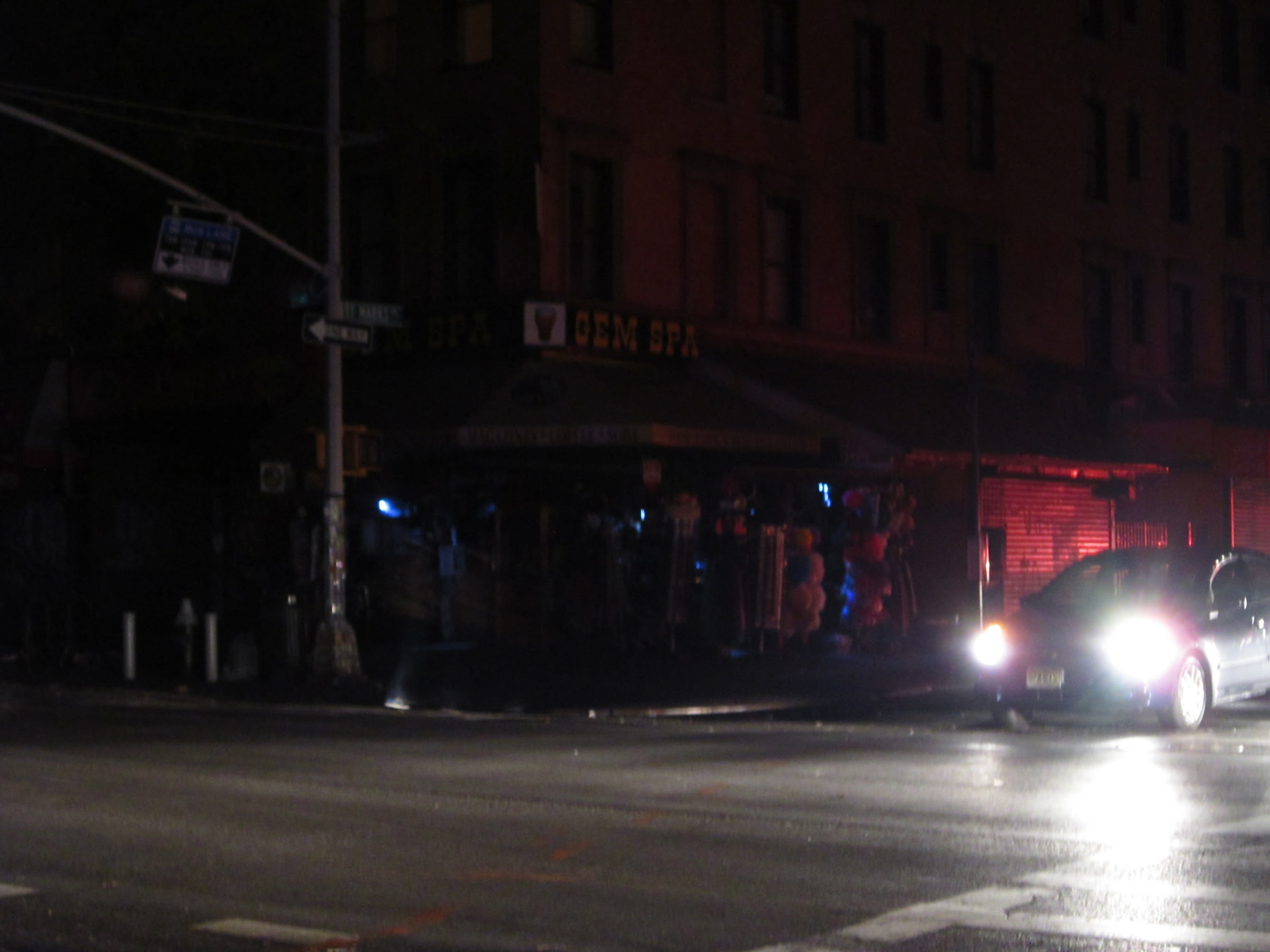 I thought St Mark's between 2nd and 3rd Avenues was the darkest block.  I couldn't see a damn thing along here and it was frightening to walk down this street. 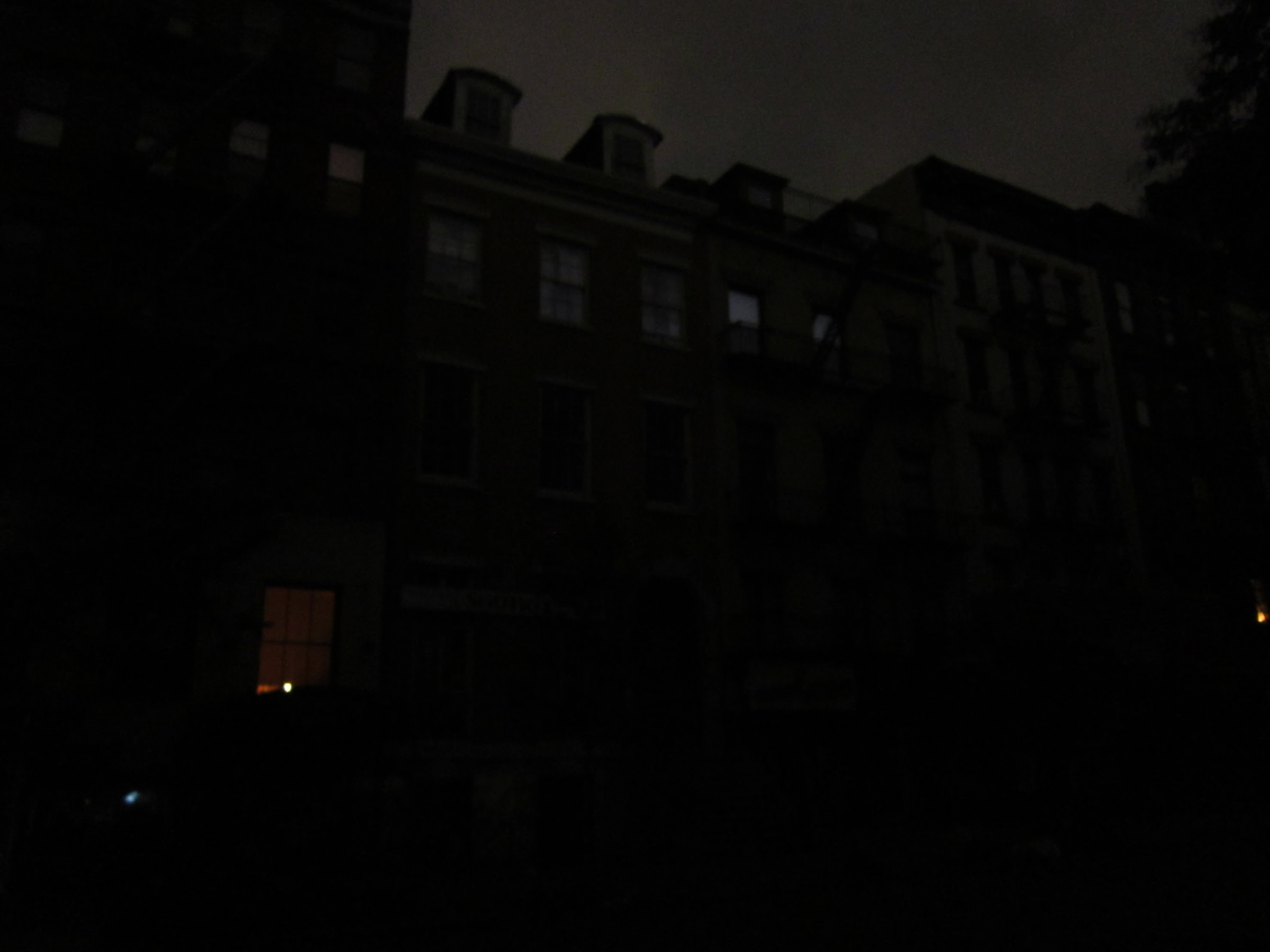 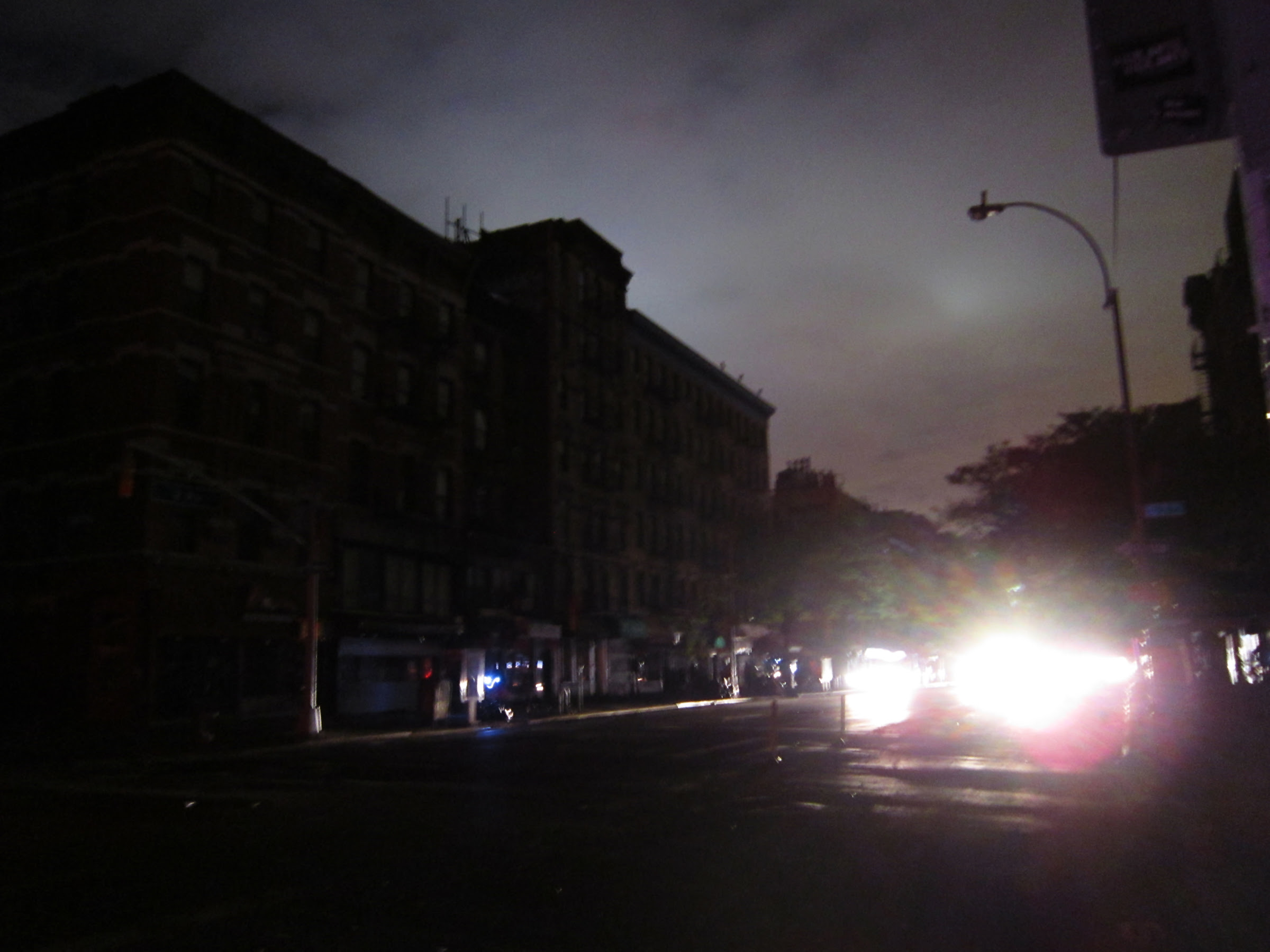 All these photos were taken around 6pm, not long after sundown.

You can see more photos of the hurricane and aftermath here.

So, now we prepare for a nor'easter due to hit in two days.  People are still without electricity, heat and hot water.  It's encouraging to see New Yorkers pulling together and helping each other out, but the loss and devastation is still so heart-breaking.

Everyone out there, stay strong, warm, positive...and we will persevere.