I took some screenshots today of Christo and Dora's babies from the Ageloff nest cam.  They're not great, but it's possible to see all three fuzzy bobbleheads.

From Nest Cam 2, you can see the hawklets up close.  Here, Dora feeds two chicks while the third naps off to the right. 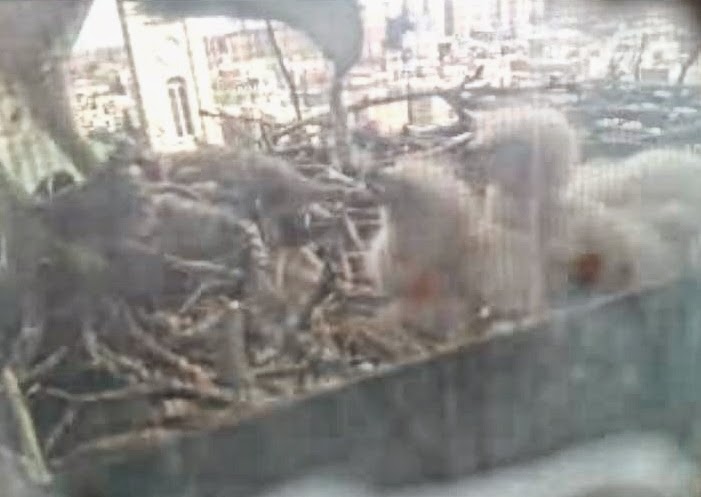 One of them is quite a bit smaller than the other two, so I'm assuming it's the youngest.  One of the others - I'm not sure if it's the first-born or not - is definitely dominant.  It lords over everyone else, as you can see here. 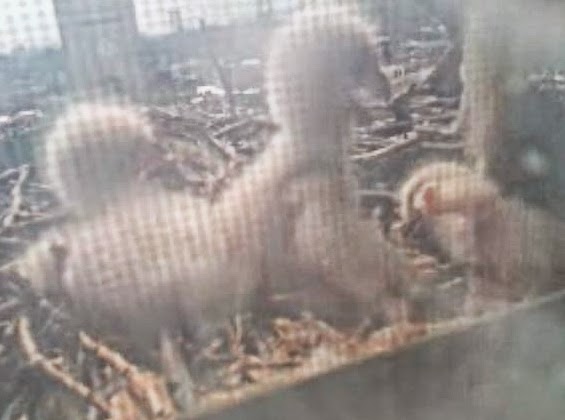 Not to worry, as Dora makes sure all three babies get fed.  Last year, there was concern at the Christodora nest that the youngest was not getting enough food, but we saw first-hand how dad Christo made sure it did. 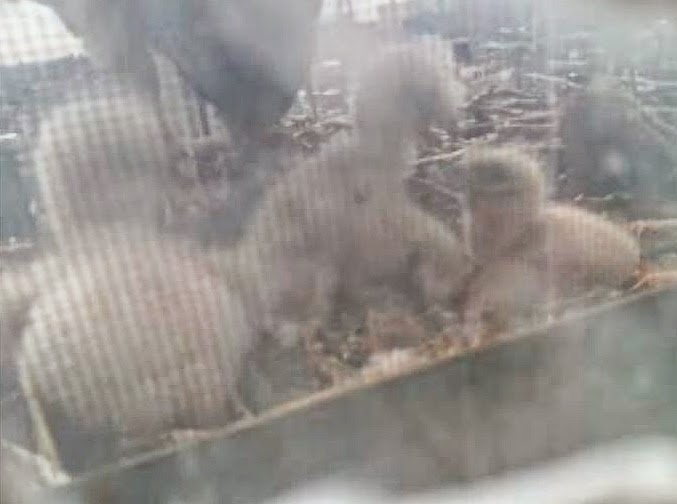 And from Nest Cam 1, you can just barely see the tops of the white fuzzy heads as they grab food out of mom's beak. 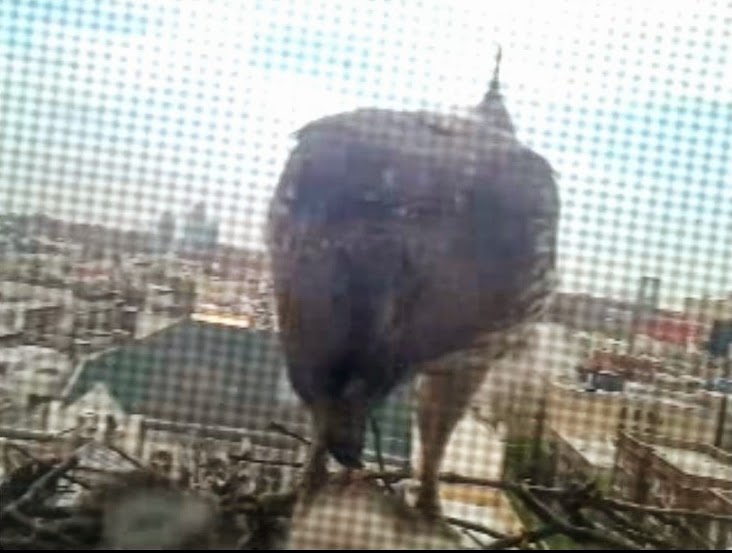 Less than a week old and they all seem to be doing well.

There was a worrying episode Monday afternoon when, apparently, some workmen were on the roof of the Ageloff, looking over the edge and taking pictures of the nest. This scared Dora off the nest leaving it exposed for some time.

Getting so close to the birds is dangerous for everyone involved.  The oldest baby was only four days old and none of them yet have feathers to keep them warm, so they need their parents to provide heat.  The babies were also exposed to any flying predator who could swoop in and snatch them.

The humans risked getting seriously hurt if either adult hawk decided to attack.  I'm actually surprised Dora didn't get aggressive.  She seems so formidable, I was surprised she scared so easily.  But, she might learn to be more defensive now.

We need to remember these are wild animals and, despite living so close to us, they are not tame.

After 40 minutes without parental protection, Christo returned to the nest and seemed to check everything out.  A few minutes later, Dora returned, clearly looking agitated.  By bedtime, everything was calm again.

Meanwhile, the hawk eggs have begun hatching at the Cornell School of Ornithology and you can watch them live here.  Each day, there are three chat sessions where moderators answer questions.  I highly recommend it as an educational source - I learned a lot about hawks after following hawk parents Ezra and Big Red last season.

The exciting event today was watching their second egg hatch live during the chat!  This is a screenshot of the oldest sibling, waiting for the other two to come out and play... 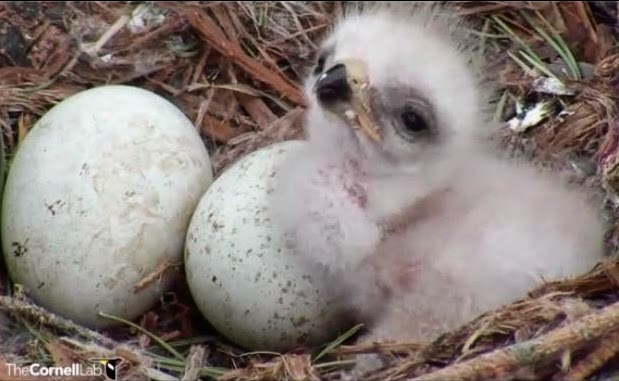