Tompkins hawk fledgling is still with us, park birds take in some music

It seems our Tompkins hawk fledgling (the native one, Ten) is still hanging around the neighborhood.  She showed up in the park this last Saturday (September 9), perching in the nest tree near the Temperance Fountain and crying loudly. 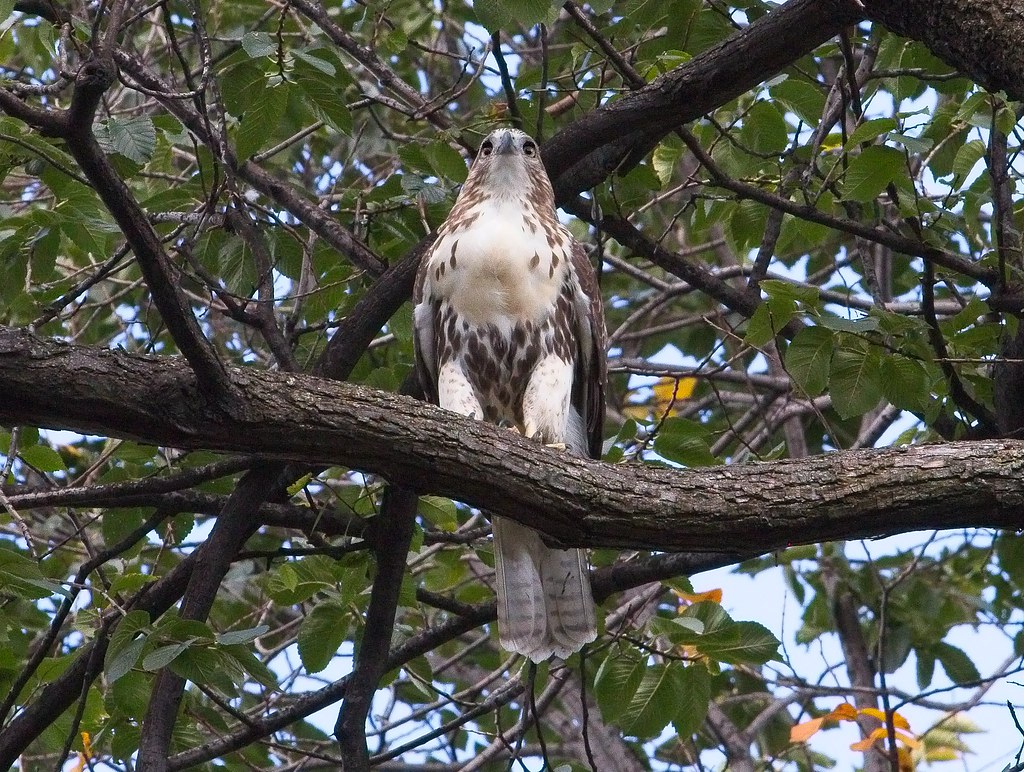 She had a full crop, so I'm not sure why she was crying for food.  Neither Christo nor Dora responded, so the young hawk just hung out a while, resting and stretching. 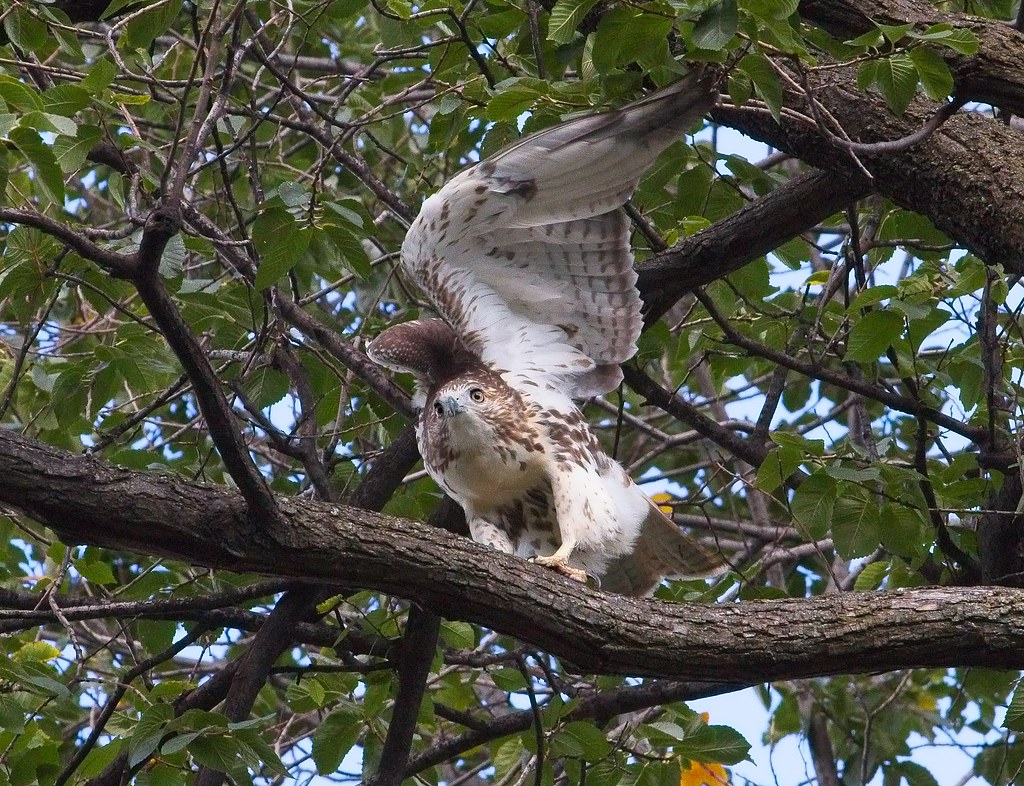 She even "sung along" to some music in the park (I'm not sure which band is playing).

After about an hour, the hawk flew off towards Avenue A and I haven't seen her since then.

Speaking of birds and music, a female American Redstart caught an insect in the park during the Charlie Parker Jazz Festival on August 27.  In the video below, Joshua Redman plays sax in the background and the applause at the end is nearly perfectly timed.  May I suggest he form a group called Redman & The Redstarts?  You heard it here first!