I went to a talk at the Tenement Museum last night on The Archaeology of Home by Katharine Greider. Her story tells the history of her former home on E 7th Street and also weaves in the social and physical history of the neighborhood, city, and country at large.  Something Ms Greider said in her talk struck a chord with me: she mentioned the home as a facade, where one idea of 'home' is presented publicly, but another idea, or reality, of 'home' exists within. 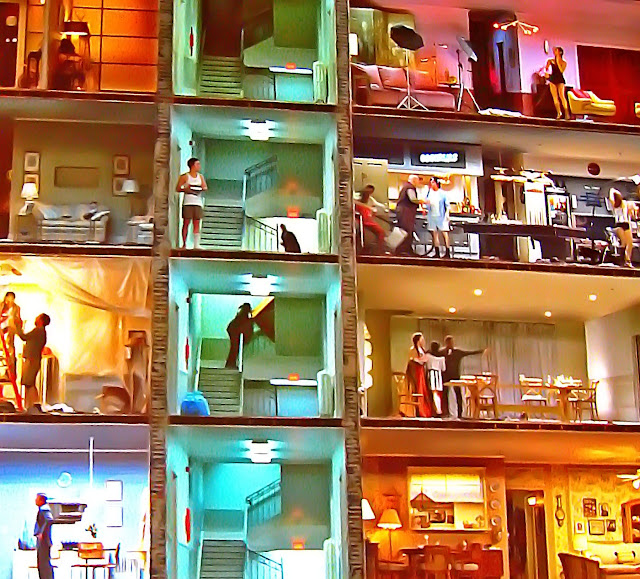 photo: My Flickr
When I first moved into my tenement apartment, I wondered about those who'd lived there before me and was curious about its history.  Who were the original tenants?  How many people lived in my tiny space?  Was anyone born there or did anyone die?  What happened to all the previous tenants?  Did they move on to bigger an better things?  Did they like living here?  Was it socially respectable to live at this address? 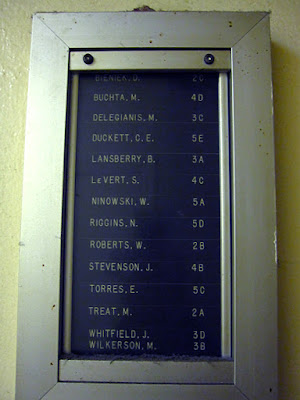 None of these names are current and no one has any memory of any of them.  The apartment numbers themselves are a mystery - there are some numbers missing and there is one that doesn't even exist.  In a storage closet under the stairs, I found another hand-written list of tenants that was apparently kept by a past super.  He'd crossed out names and written in new ones as the occupants came and went.  I only recognized two names on that list and none of the above are on it, so this name plate goes back many years, possibly decades.
Uncovering the actual history of the building has been quite difficult as the building is not notable in any way and the building records have either been lost or are archived out of my reach.  I've only recently discovered who the occupants were in 1900, a century before I settled in, yet I still don't know if this address was a permanent home for those people or just a temporary landing place in the city so they could get a foothold and move on to something else.  I do know the owner of  the building in 1900 died a short time later in Brooklyn, so even she did not live out her days here.
When I came to live in this building, it was meant to be a short stay, a few months at the most.  I resisted settling in too much or fully unpacking as I might have to leave at any moment.  A decade later, I still have a packed suitcase...and I've never put my name on the mail box.  So, when does a mere dwelling become a home?  Does a home need to be nicely furnished or full of memorabilia?  I have never had an affection for my building, but I am definitely attached to it.  Sometimes, I feel like its defender.  As gentrification and development encroach on the surrounding area, I'm more likely to fight to preserve this building rather than abandon it for a more modern residence.
The building, in a sense, is my facade.  I can live behind it and call myself a New Yorker, East Villager, Lower East Sider...but these titles belong to the building, not necessarily to me.  My existence outside the building can be something else entirely, but when I want to feel secure - feel myself - I go home, and home is here. 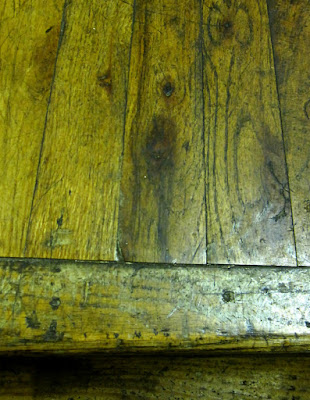 Can you see the man in the photo above?  I see him every time I climb the stairs and am reminded that, although I may call this place home now, many others have shared this same space and claimed it as their own.  I like to think this is the spirit of the building, its past, present and future - and I never step on him.
Posted by Goggla at 12:14 PM