Something these photos can't convey is the sheer expanse and size of the landscape in Iceland.

Vast lava fields stretch out at the feet of commanding mountains, topped by melodramatic clouds. 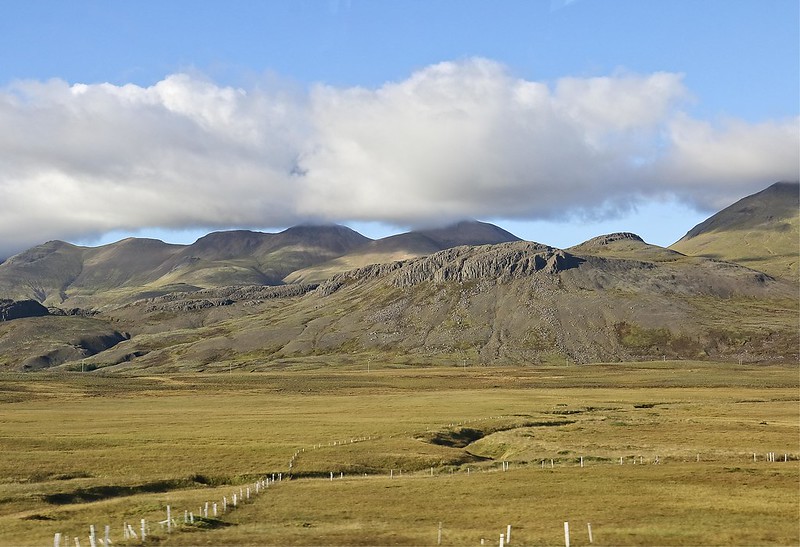 This is the southwest region, where I felt mythical giants would rise up from their slumber at any moment.  The earth is very much alive and constantly moving and changing. 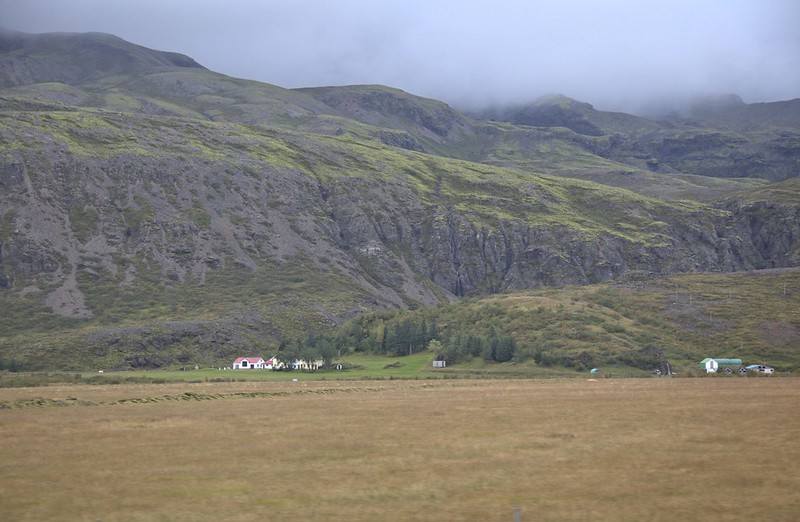 A glacier flows down from a mountain, carving a valley as it heads for the sea. 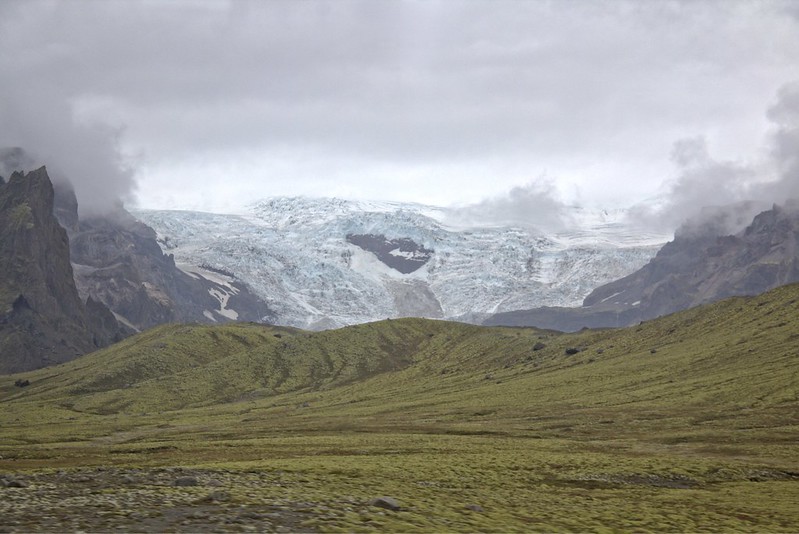 Volcanic activity is obvious, as jagged mountains shoot straight up towards the sky.  The tiny white specks in the bottom right of this photo are sheep. 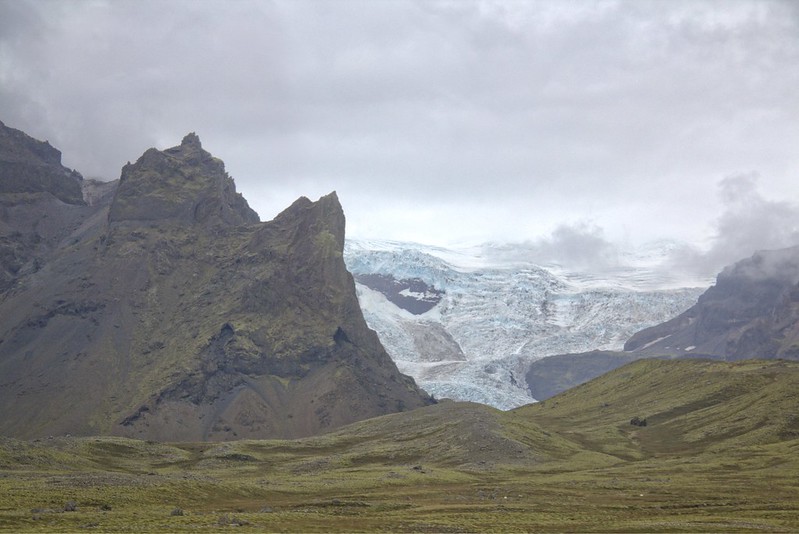 Farms nestle in the lowlands, directly beneath the volcanic monsters that could spring to life at any moment. 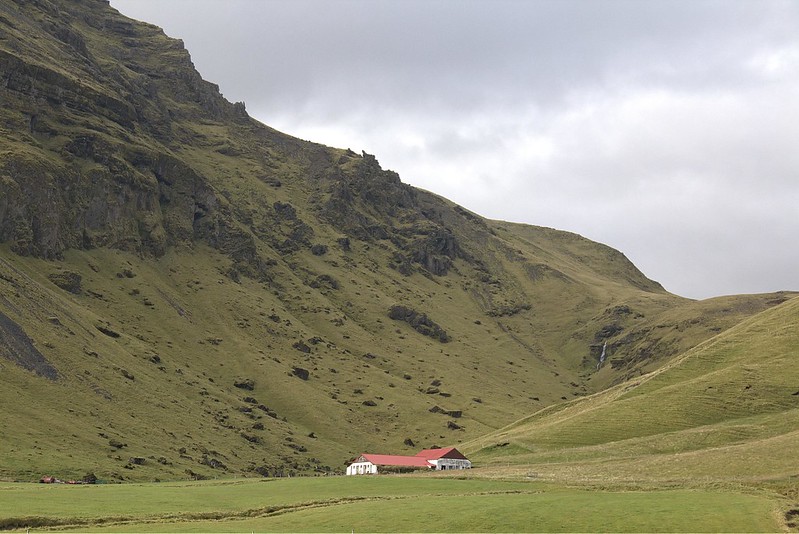 Melting glaciers turn to rivers and streams that meander through flat grassy terrain.  Below, the horizontal dark line of rock on the far side of the river is one of the fault lines separating the North American and Eurasian tectonic plates.  This area is stretching apart. 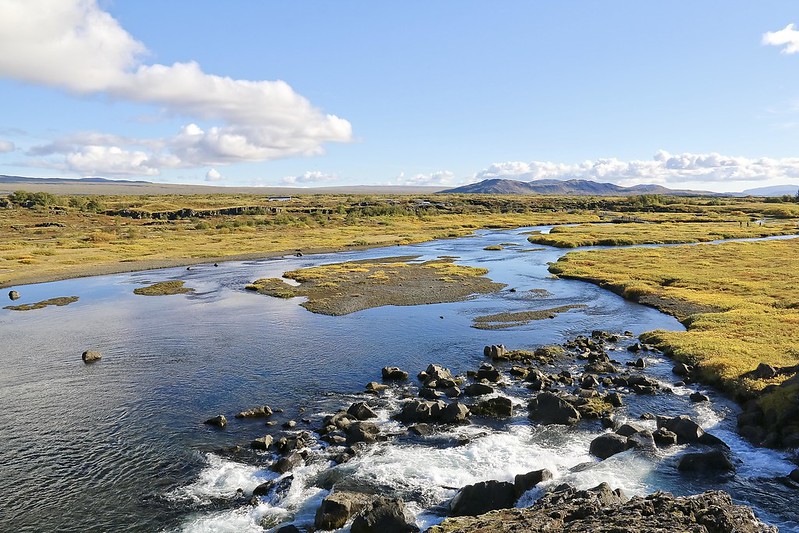 Everywhere I looked, the scene was more breathtaking than the last.  This is a place to really witness the earth in action. 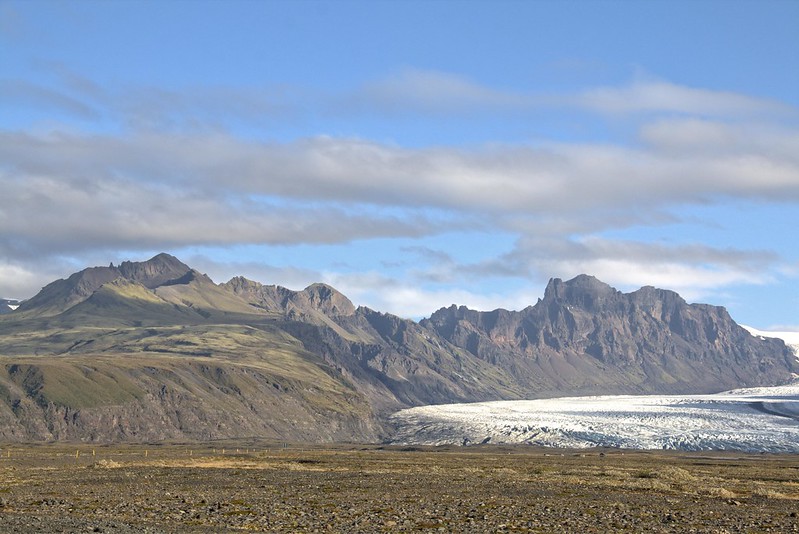 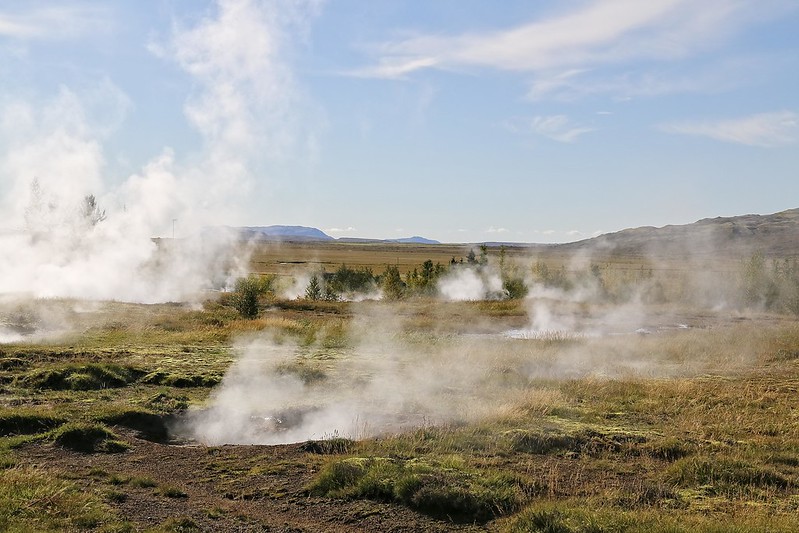 Despite the continuous threat of volcanic eruptions and flooding, farms prosper.  Here, a field of wheat grows between the mountains and ocean. 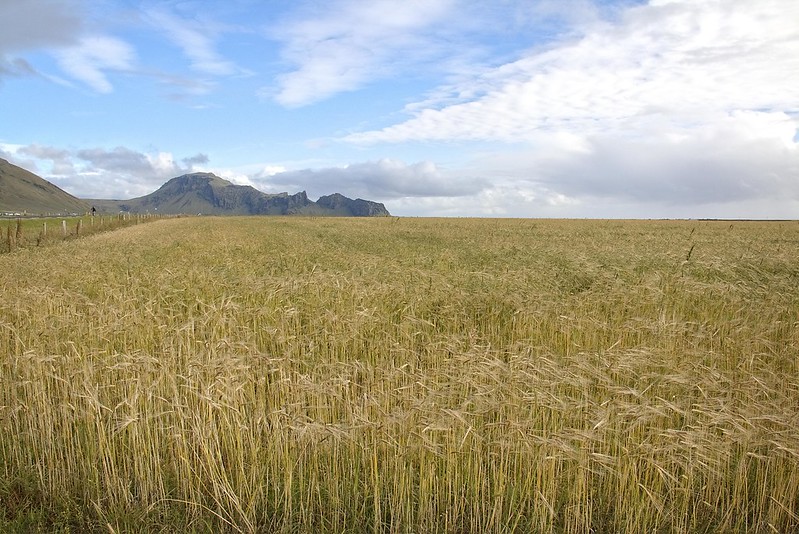 The landscape changes from moment to moment - the sun shines, then disappears.  Clouds roll in , then retreat.  Rain pummels the countryside, then is driven away by forceful winds.  It's ancient and brand new at the same time. 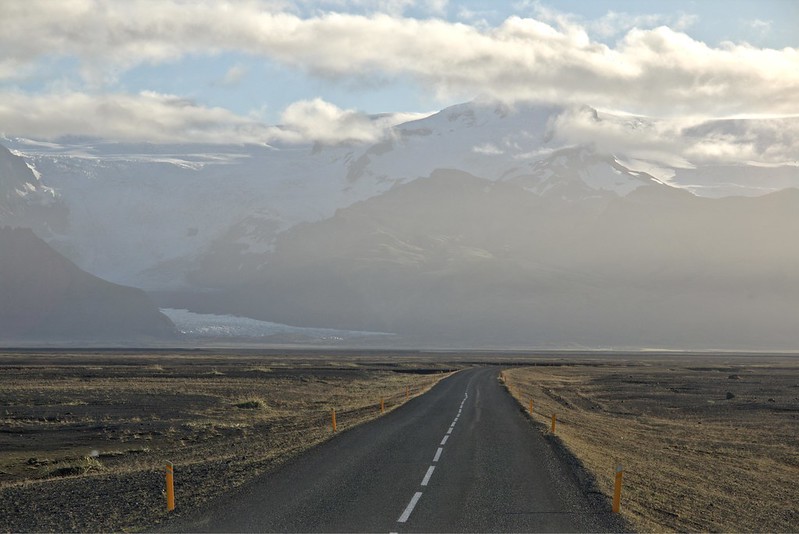 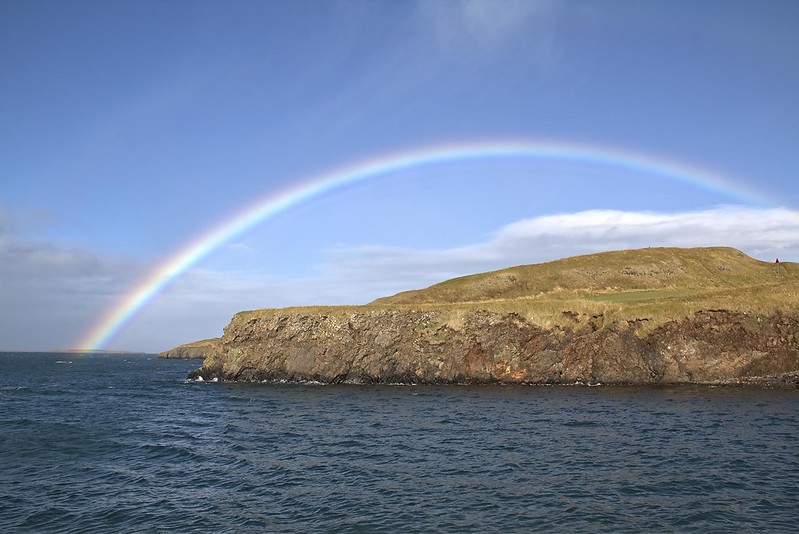 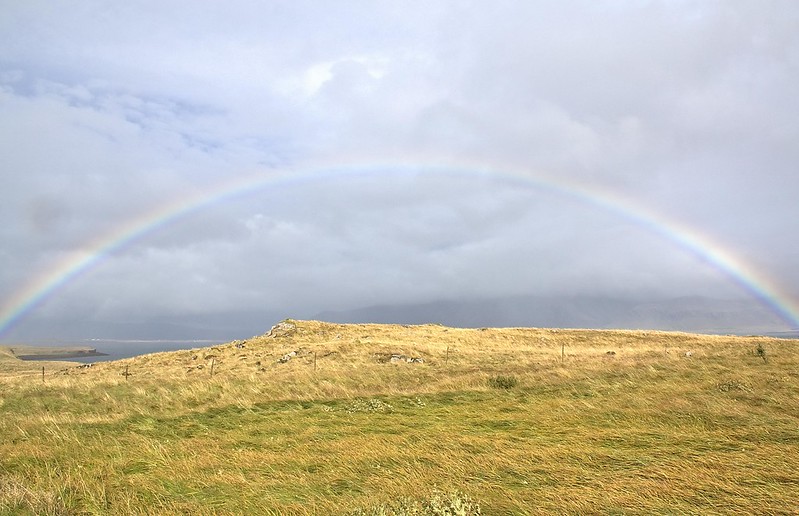 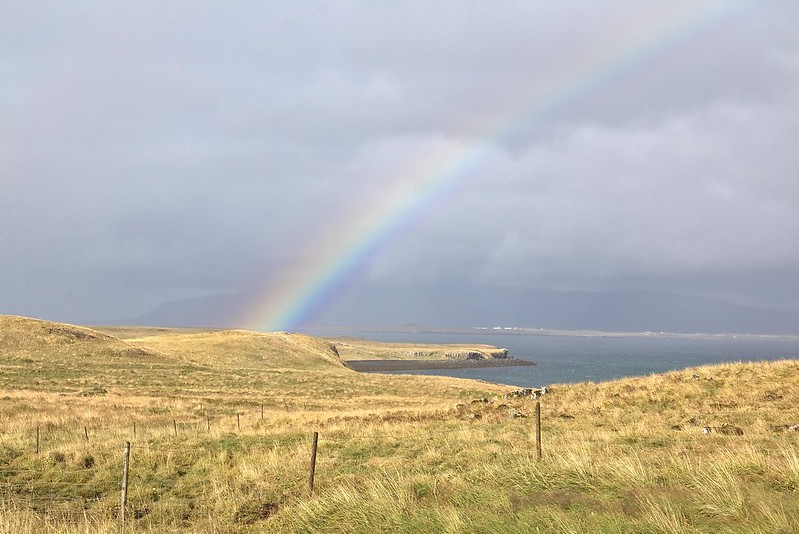 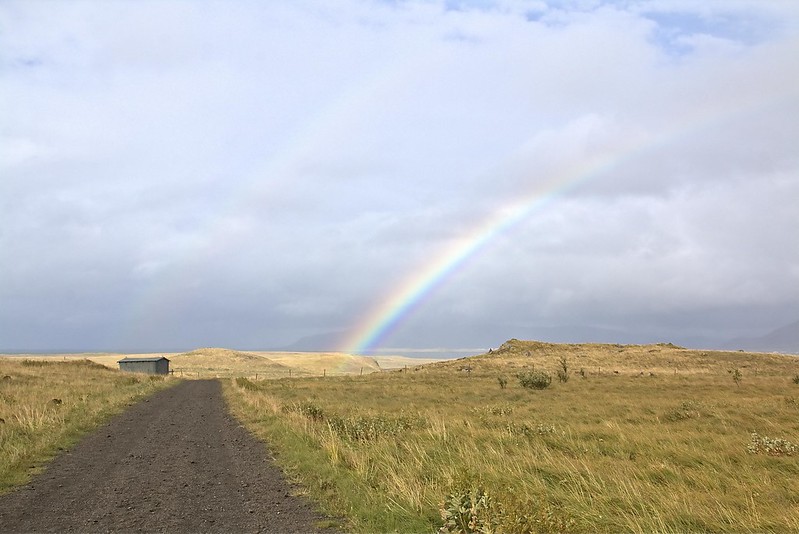 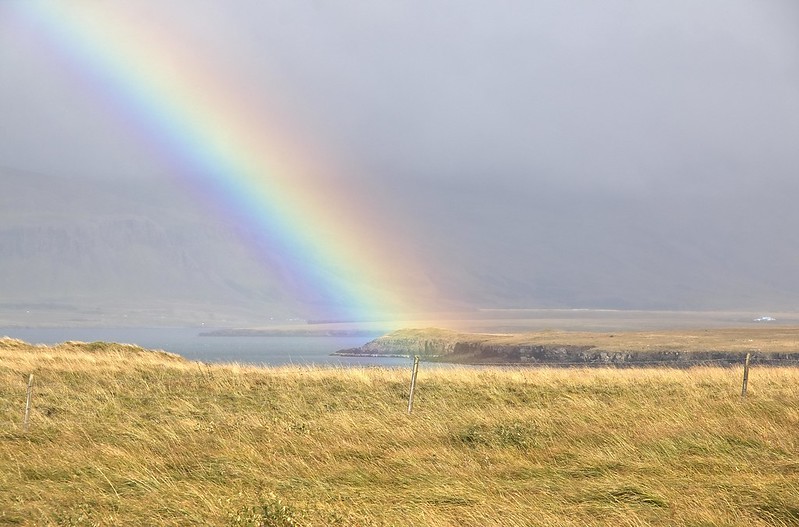 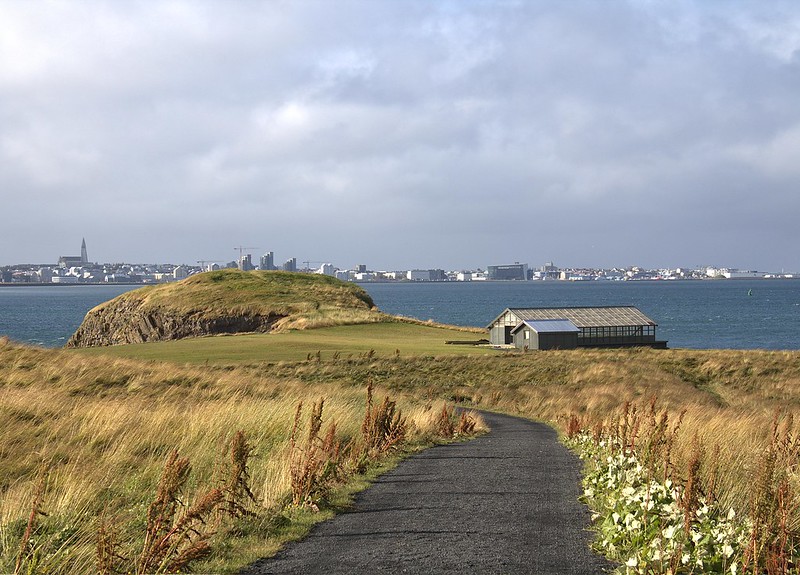 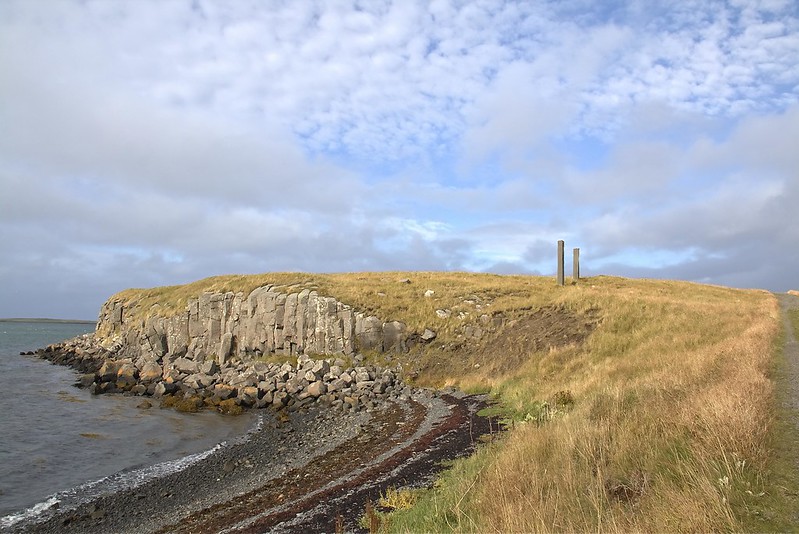 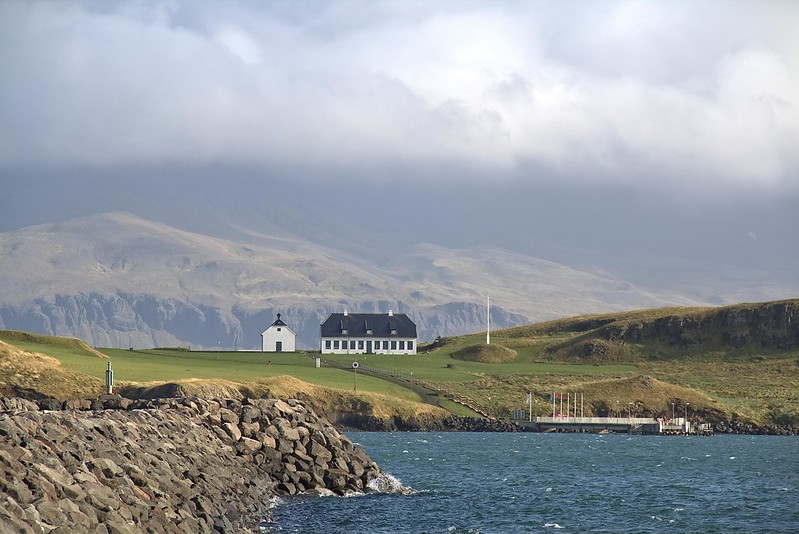 Posted by Goggla at 9:02 PM No comments: Links to this post

Dora the red-tailed hawk grips the cross of St Nicholas of Myra on Avenue A and E 10th Street as a storm blows over the East Village. 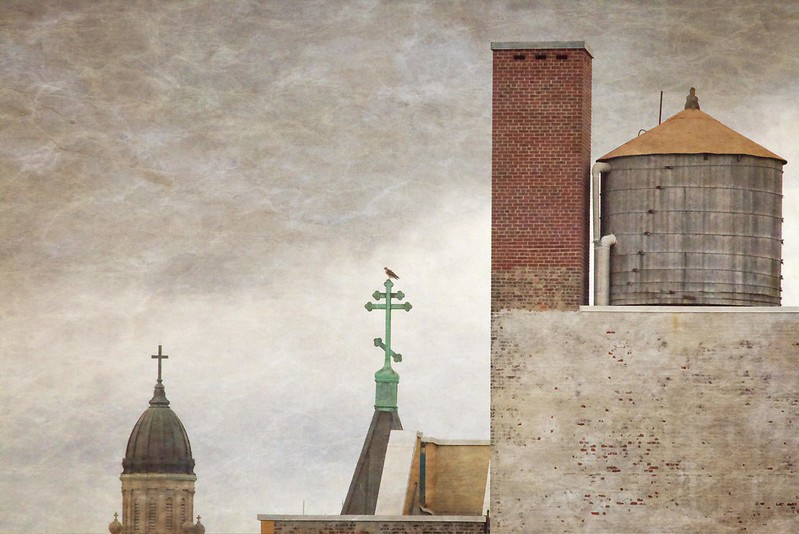 She stayed there, standing up and head pointed into the wind, for over an hour until it got dark and she went to roost.

I've been seeing more of Dora lately than I have of Christo.  They're both around, often perched atop Village View on First Avenue and E 4th Street, but I've been seeing Dora quite often along northern Avenue A. 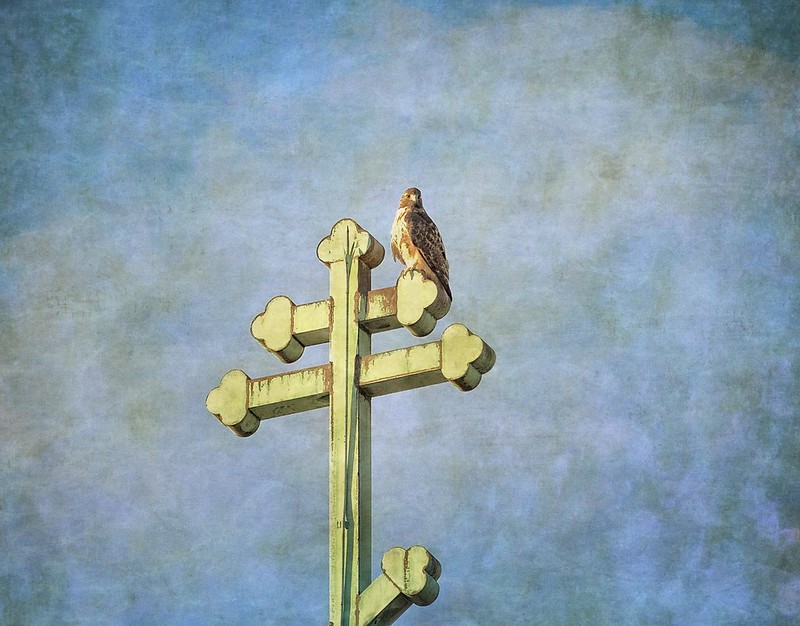 As always, she is mysterious and bewitching... 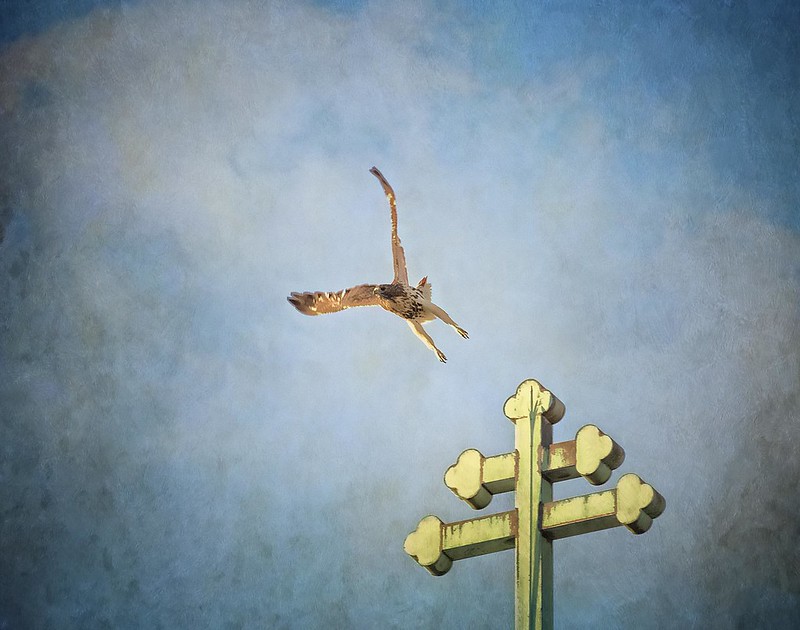 Posted by Goggla at 8:46 PM No comments: Links to this post

After spending so much time with kestrels on the Lower East Side, it was a pleasant surprise to find a family of them out on Governor's Island.  As it was late summer, I missed the child-rearing, but the parents and offspring (I'm not sure how many there were) stuck around after fledge time.

When ever I saw one of the Manhattan birds eating or feeding their chicks, the food was always baby birds or sparrows.  Each time I've seen a Governor's Island kestrel with food, it's been one of these:

The kestrels would perch in a high spot, like a pole, then dive down and scoop the insects up from the grass.  This one takes a grasshopper to the top of a loudspeaker for lunch.

It's great to see these birds adapting and thriving in the city.  They're beautifully tenacious little creatures.

All good things must come to an end.

This Orchard Street kestrel family was a joy to observe.  I spent the most time with them than I have with any other kestrels.  This last summer, there were several kestrel pairs nesting on the Lower East Side, but I had to choose to spend time with just one and I feel fortunate this pair allowed me to do so.

She'd deliver food to the nest cavity, spend a few seconds checking on everyone, then it was off on another shopping trip.  All day long.

While Mama was out, Papa K would make deliveries to the ever-demanding kids.

I love that his coloring matched that of the weathered cornice.

He really is a beauty.

Eventually, it was time for the kids to move out of that overcrowded tenement.

This baby made several timid attempts to step outside...

I did not personally witness any of the fledges.  I really wish I had, as things might have turned out differently.

The first two apparently fledged at the same time and were standing/sitting on the sidewalk below the nest when a neighbor with good intentions found them.  The neighbor thought they were in trouble, so called animal control and the birds were taken away.  This broke my heart as the kestrels were merely learning to fly and could have been moved to a safer location like a ledge where their parents could tend to them.  As they were taken away from their parents, they were never able to learn to hunt or learn any other life skills, and I do not know the fate of those birds.

The third fledge ended up in the street and was killed by (I presume) a car.  No one saw it happen, but a fellow kestrel-watcher saw the aftermath.  After spending so much time with this family and seeing all the energy spent raising these babies, the news of the death made me heartsick. I didn't want to return to the nest for fear that what ever happened next would be too painful.

However, the fourth fledge made it.  I didn't see it fly out of the hole, but another kestrel-watcher saw it perched across the street from the nest and it was with its parents.  A 25% success rate for this family.

Soon after the nest emptied, Mama and Papa K took to mating again, so I wondered if they'd re-nest.  If they did, they chose not to use the same location and I did not see them again after about a week.

All is not lost in Kestrel Land, though.  Stay tuned for more in another part of the city...

Raising four kids in the city is tough.  Just watching the Orchard Street kestrel parents tending their brood wore me out.

The process started with Mama K taking a long dive from the top of a 15-story construction tower (the same used for sexy time). The blob to the left of the tower is her, dropping straight down.

What's that in her beak?

It's a baby bird.

Just as she reached the five-story mark, and looked like she was going to smack into me, she made a sharp 90-degree turn and zipped up to the nest cavity and delivered lunch to her hungry kids.

Then stuck her tongue out at the camera.

I watched her do this diving sequence several times, which was absolutely spectacular.

Here she is taking another dive, this time without food.

And, again, with Papa K watching on the left.

I never saw the male kestrel dive off the tower.  I wasn't there 24/7 to be sure, but this seemed to be a talent possessed by the female.  And, to me, it looked like she was enjoying herself.


Posted by Goggla at 8:57 PM No comments: Links to this post

Lower Orchard Street was a hive of activity this last June as a pair of courting kestrels settled in to raise a family.  They took up residence in a rather large hole in the cornice of a building.

Then heads out to run errands.

After Mama left, Papa K made a visit.  Who is that behind him in the hole?

I was excited to see two babies in the nest cavity.  This was the first time I'd seen them at all, so I was a bit surprised to see how big they were.

You can see through the crack below the main hole that they are perched on a little ledge.  I wondered how deep the cavity could be - maybe they were only able to climb up and look out only after having grown so big.

If three's a crowd, then four must be a party, right?  Standing room only, apparently.

The fourth sibling had to settle for a seat in the back, but they all took turns looking out the front door.

Previously:
Kestrelmania 2015 - Part 1
Posted by Goggla at 8:52 PM No comments: Links to this post