The most aromatic weekend of the year:  Mulchfest!

Despite a snowy Saturday, the wood-chipper and workers were out in Tompkins Square to recycle Christmas trees. 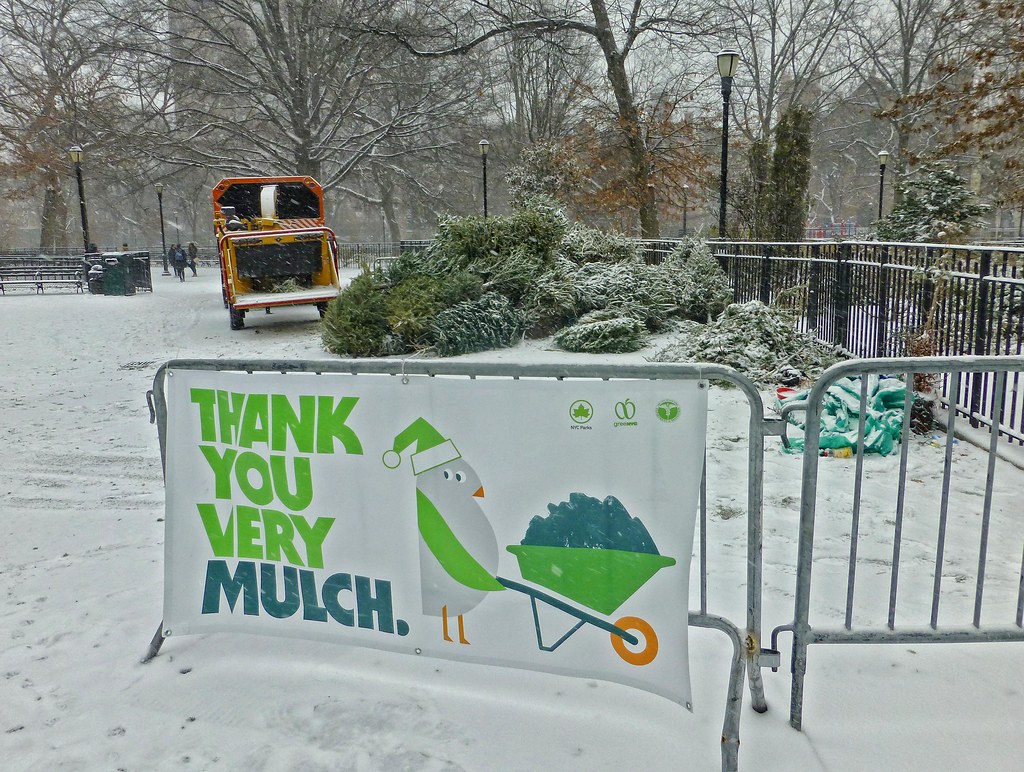 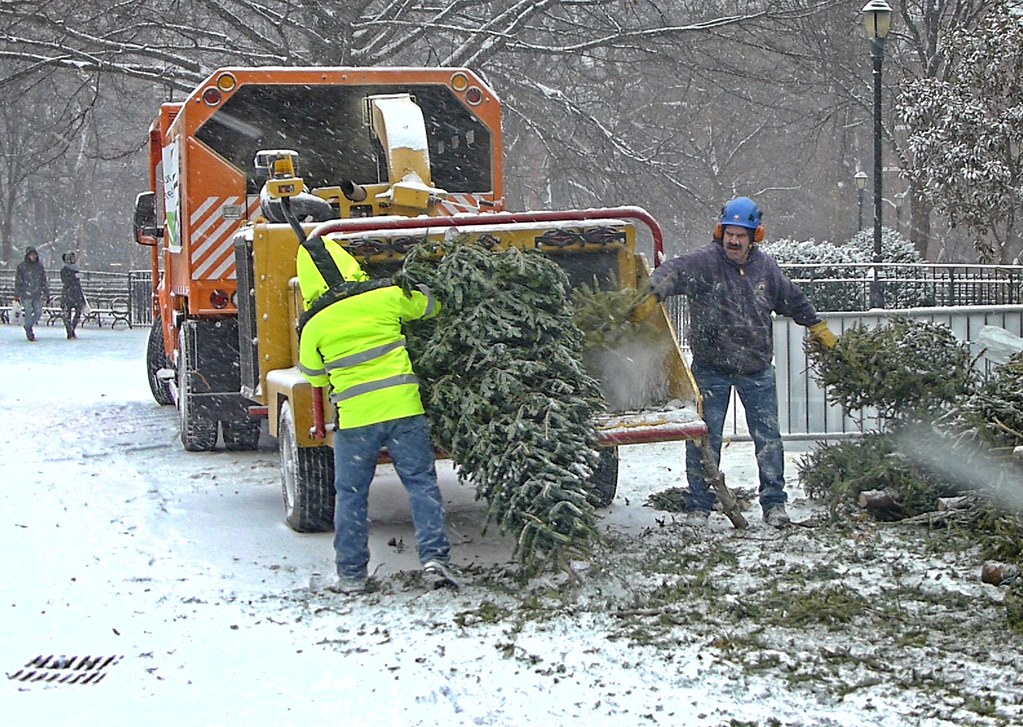 The mulch is free to take.  During mulching sessions, the Parks Department provided bags. 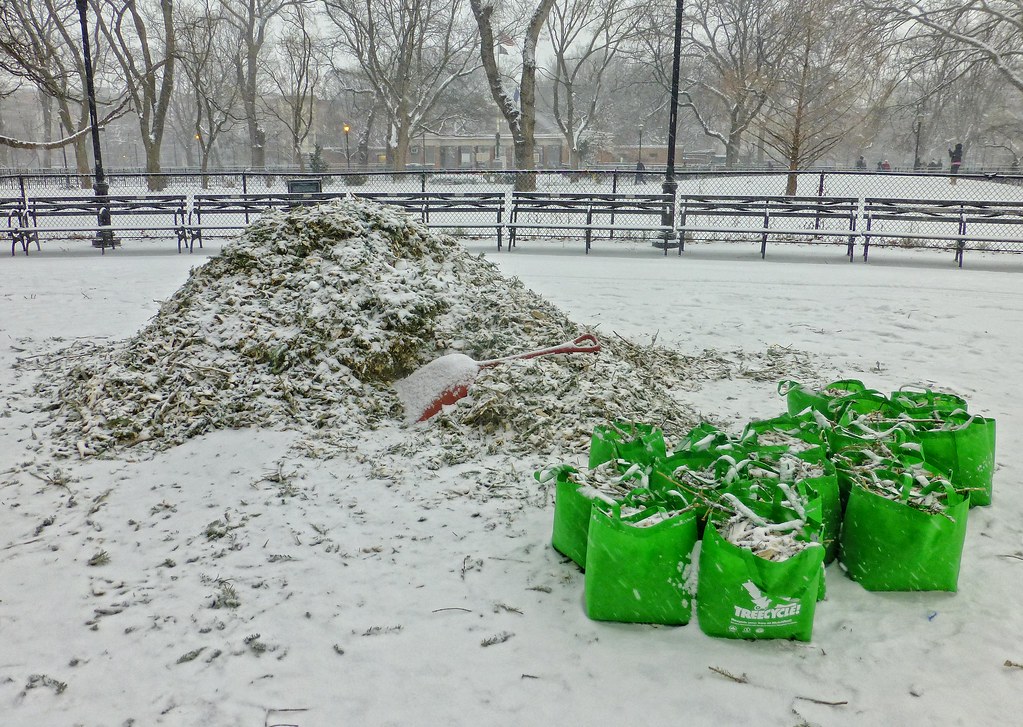 They even had small bags for potpourri.  I took these home and my apartment now smells like a forest. 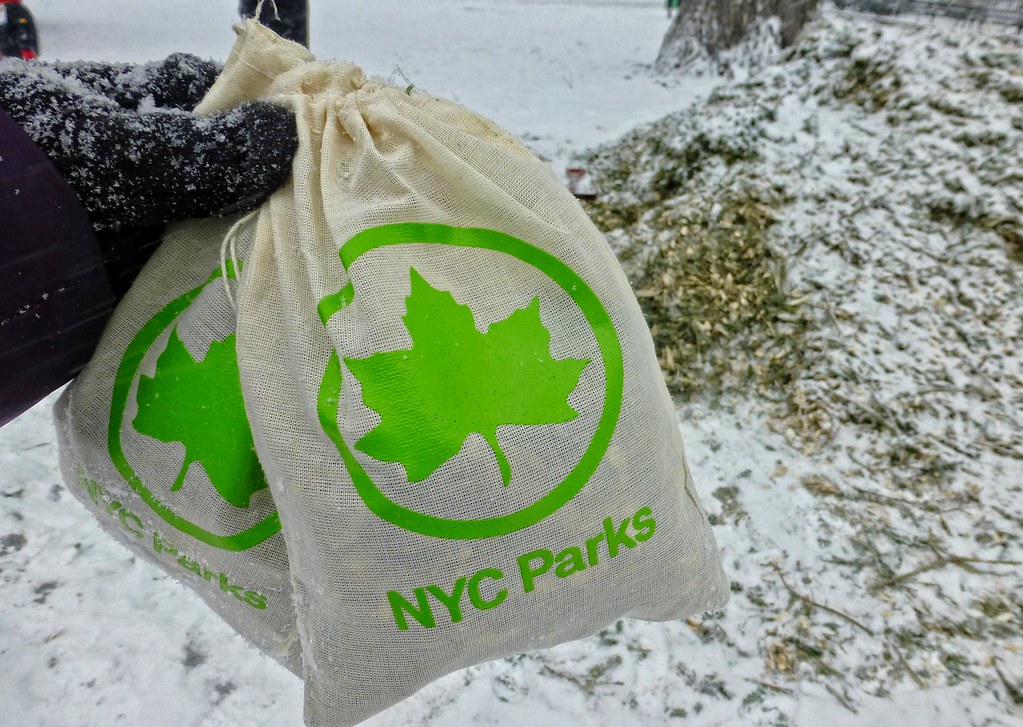 Something to note - the mulch pile this year is on the spot where Bendy Tree (RIP) once stood. 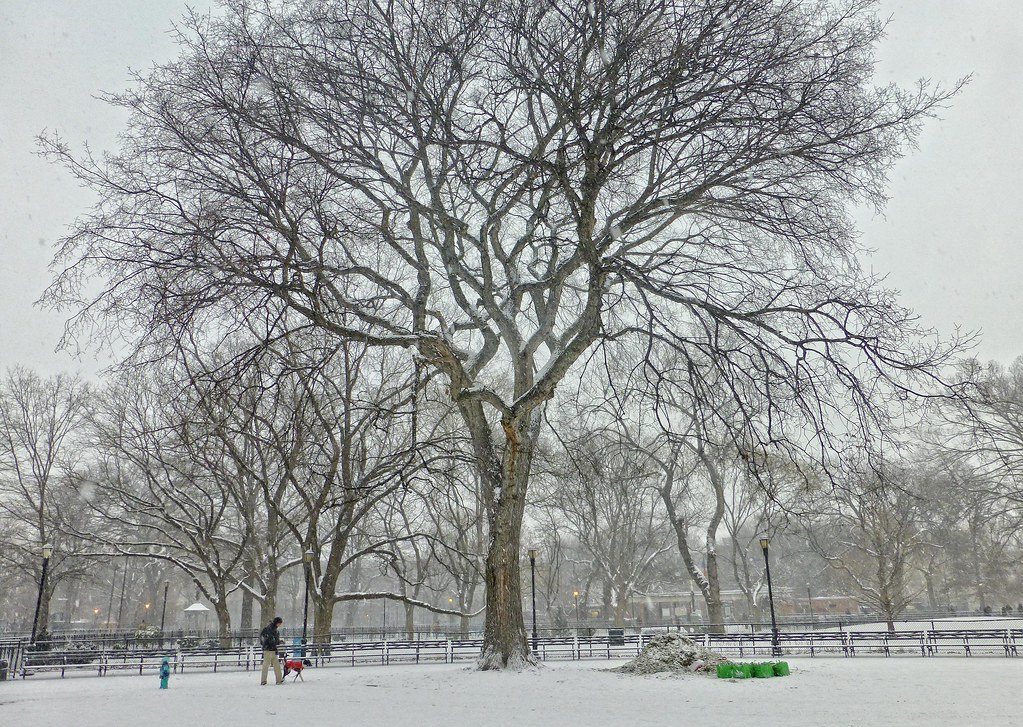 For those who love the sound of wood-chippers as much as I do, here are a couple of videos.