Winter time is hawk time and, this season, there have been many juvenile red-tails migrating through the East Village.

After the snow storm this last weekend (Sunday), I found one of these visiting juveniles hanging out in a tree in the East Village. 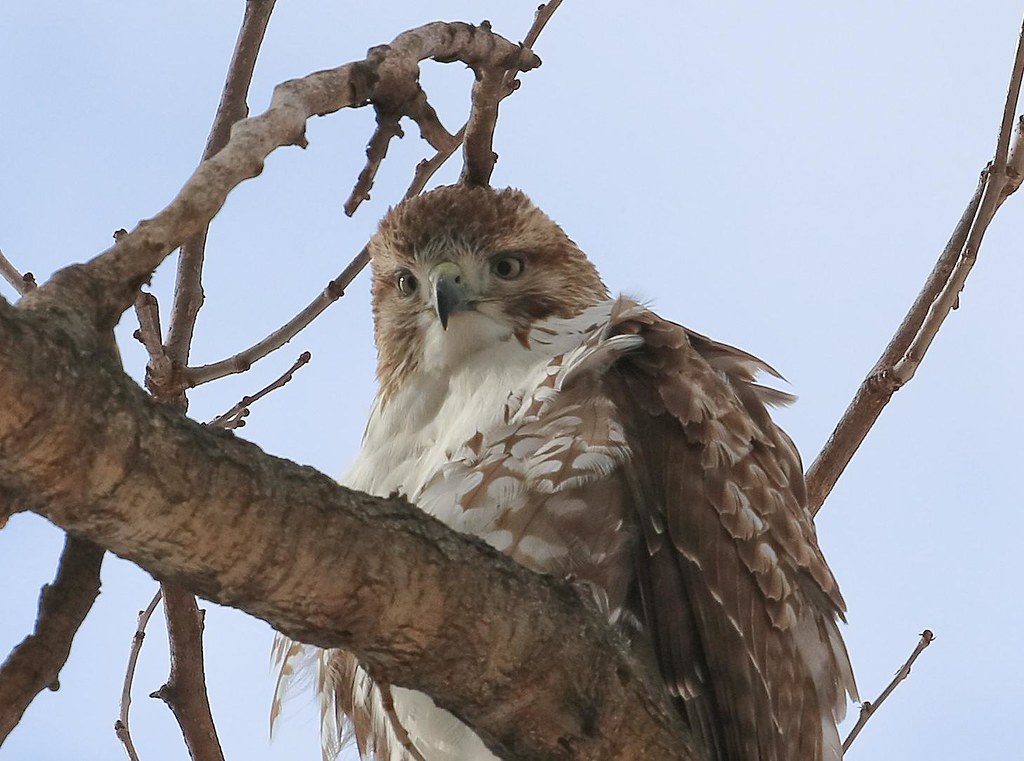 This one has distinctive pale coloring and is one of the pair of hawks I saw sharing a meal during the snowfall the previous day. 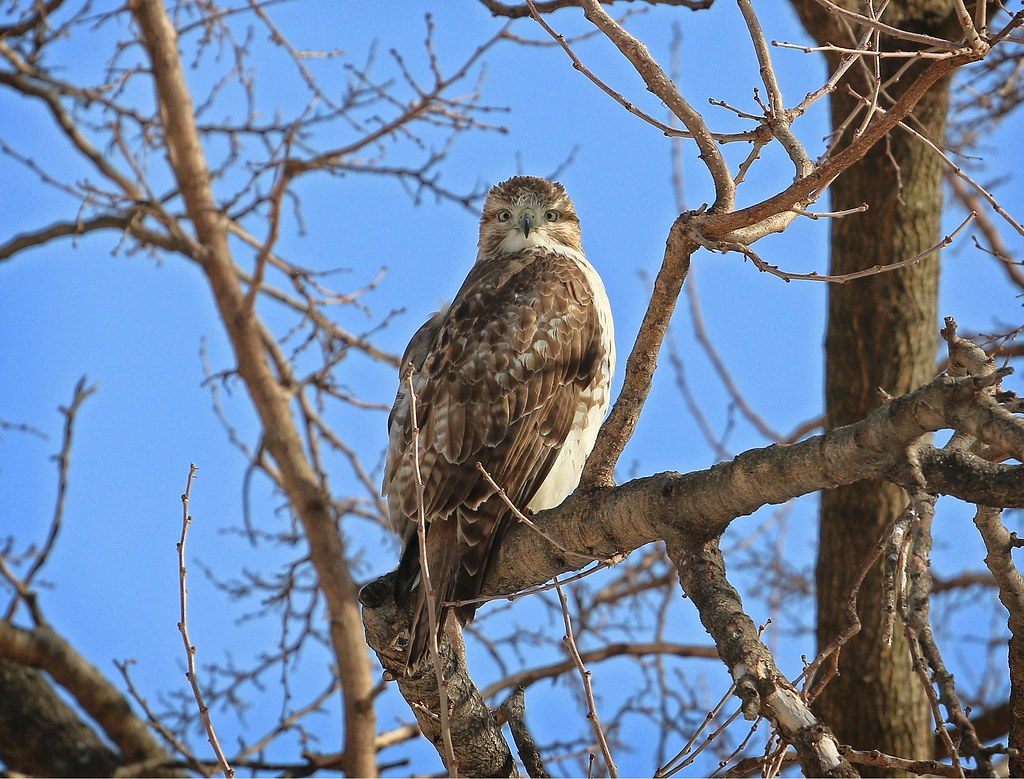 It's quite a beauty. 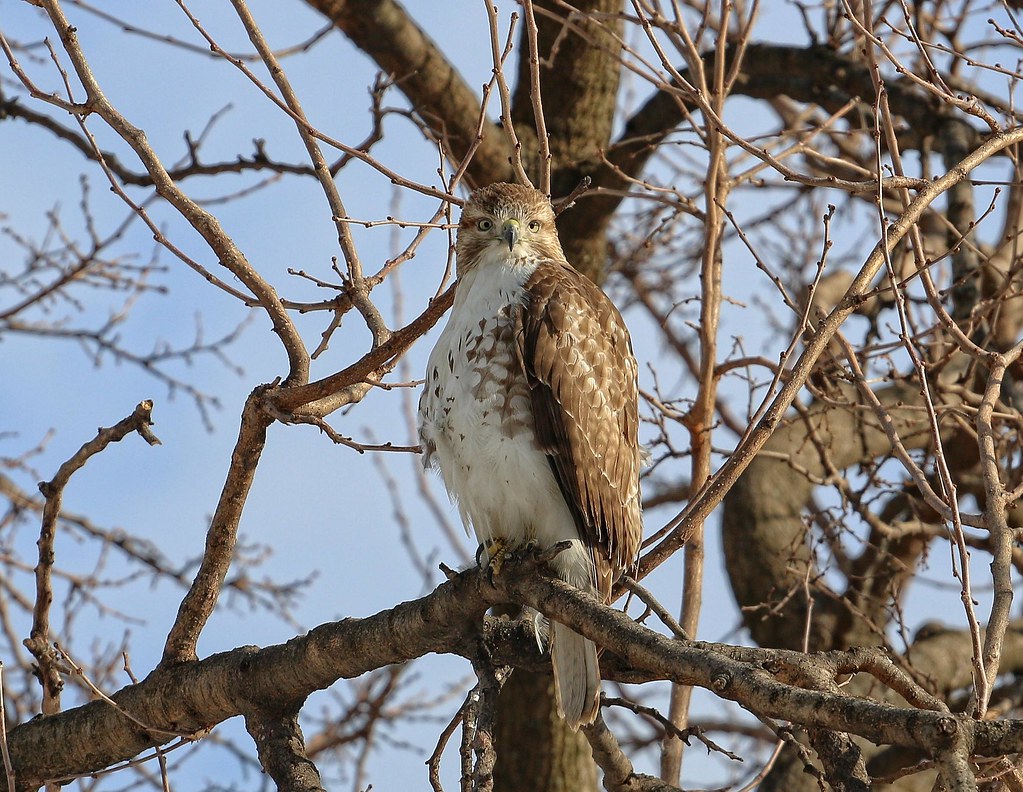 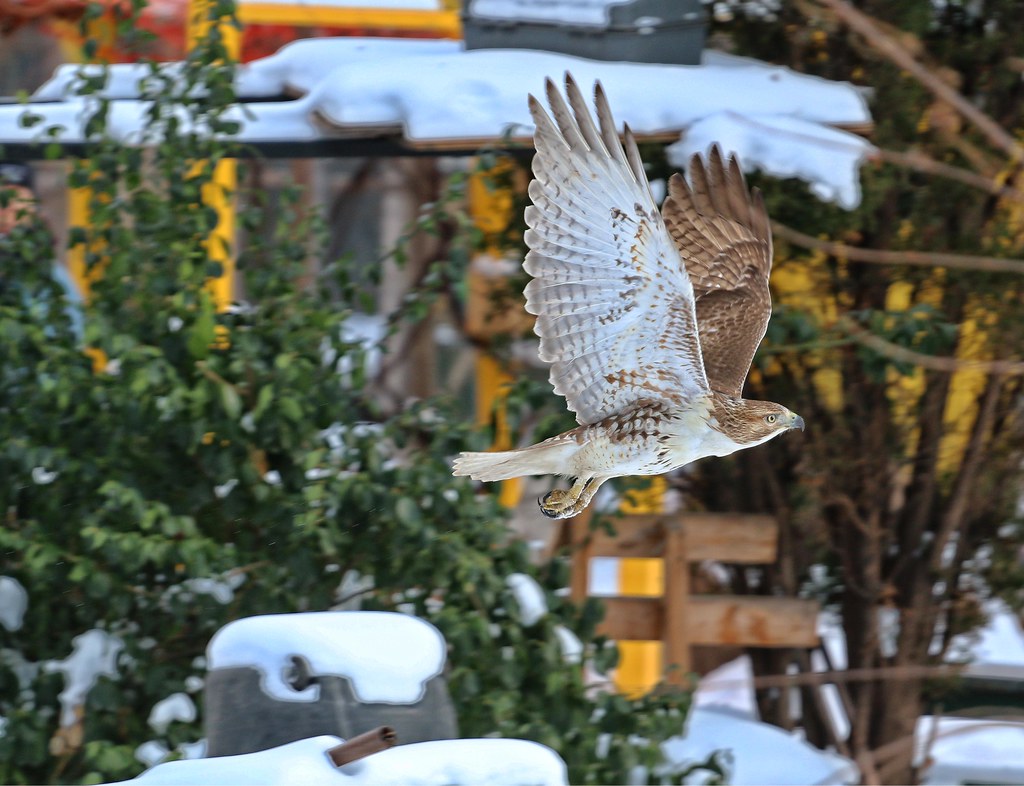 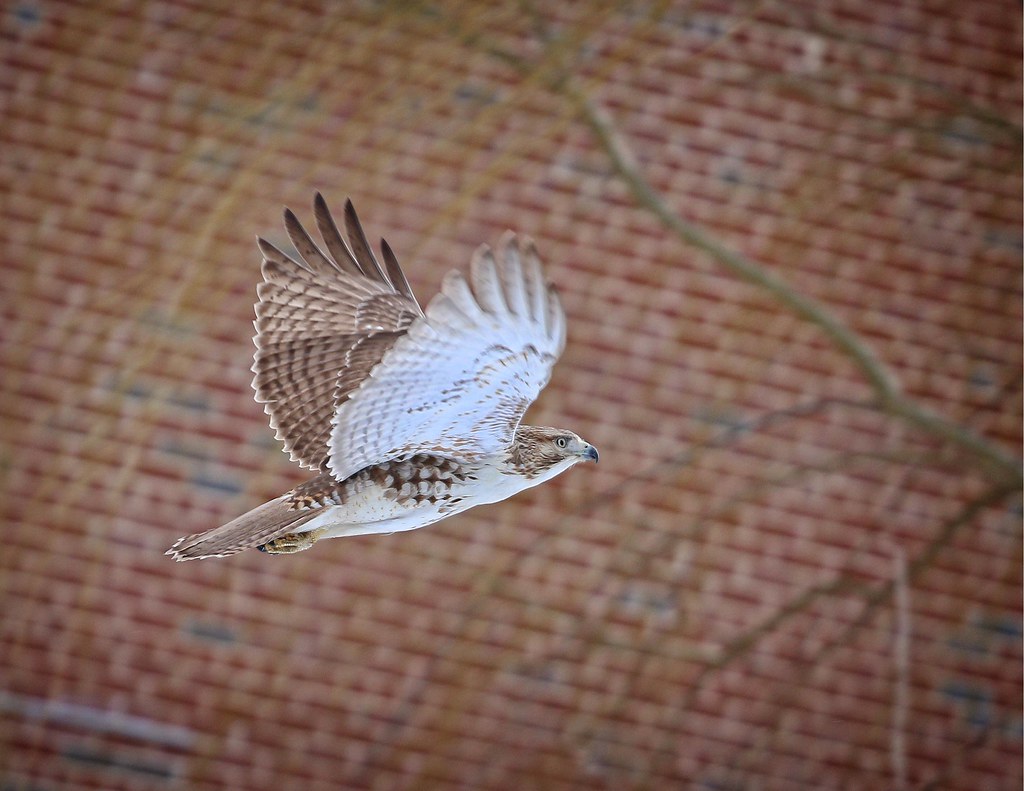 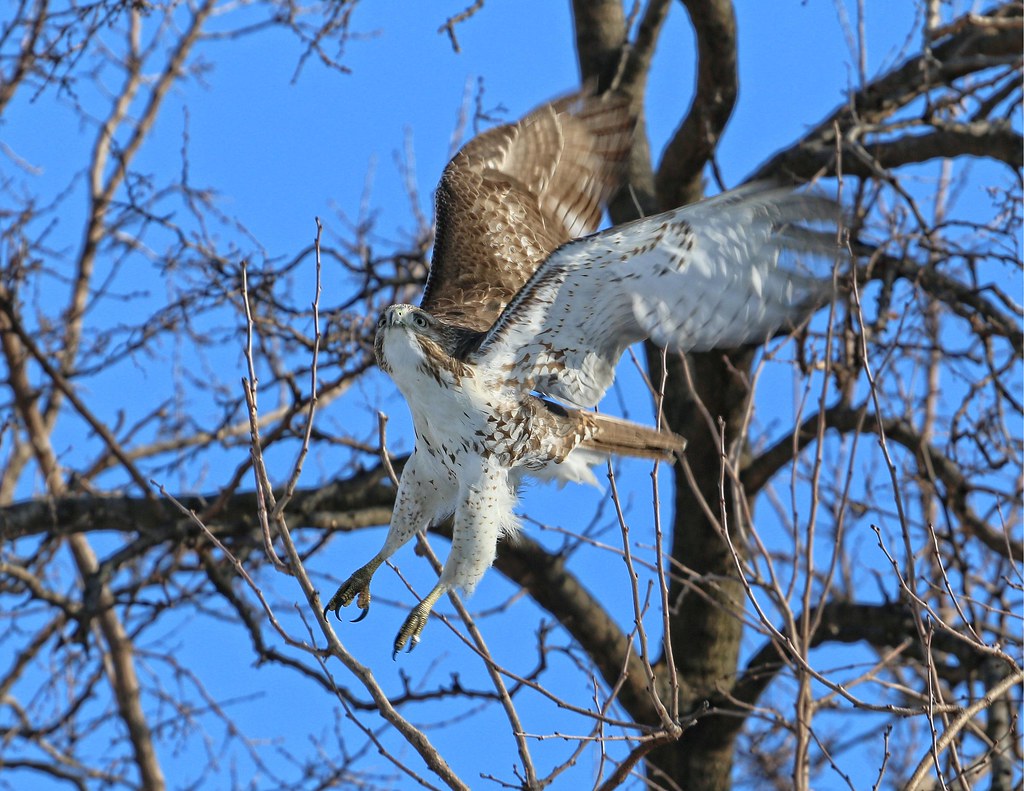 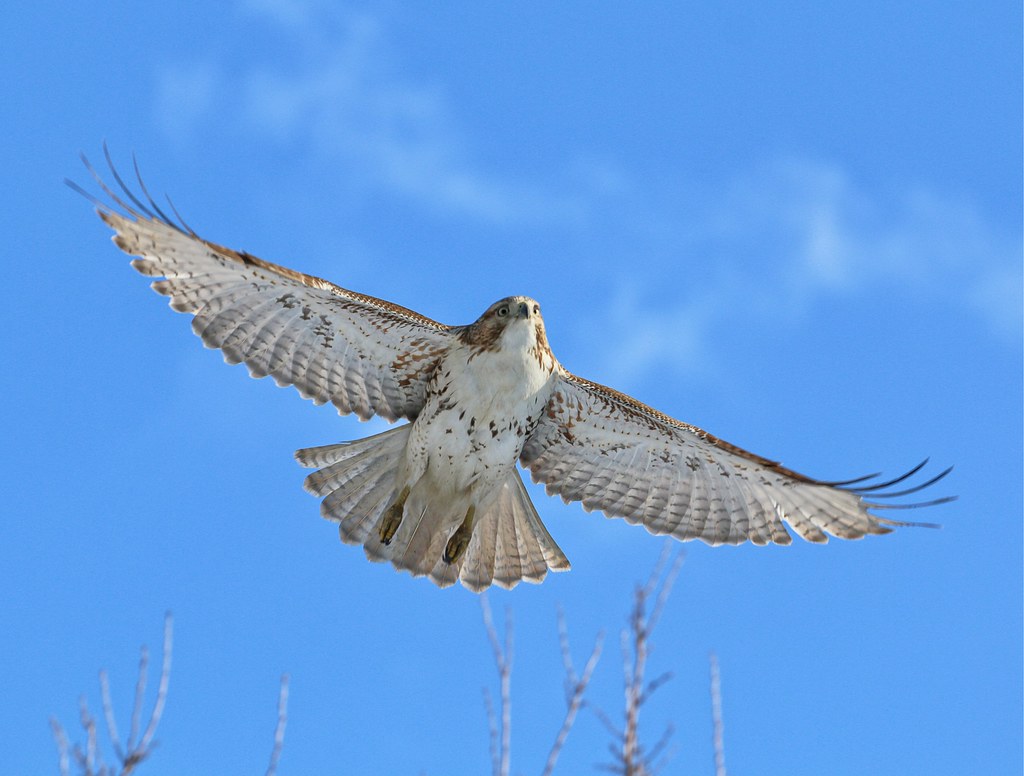 This hawk seemed to be hunting rats for a while, but it took off when a second hawk came around.

The hawk above is pictured below on the right.  The second hawk on the left is the same one who was sharing a meal the previous day.  Note the very dark-tipped tail and prominent brown belly band.  It's not very visible in this photo, but the second hawk also has heavily speckled legs.  The size of the hawks is not accurate in this photo as the pale one (right) is actually bigger than the darker one (left). 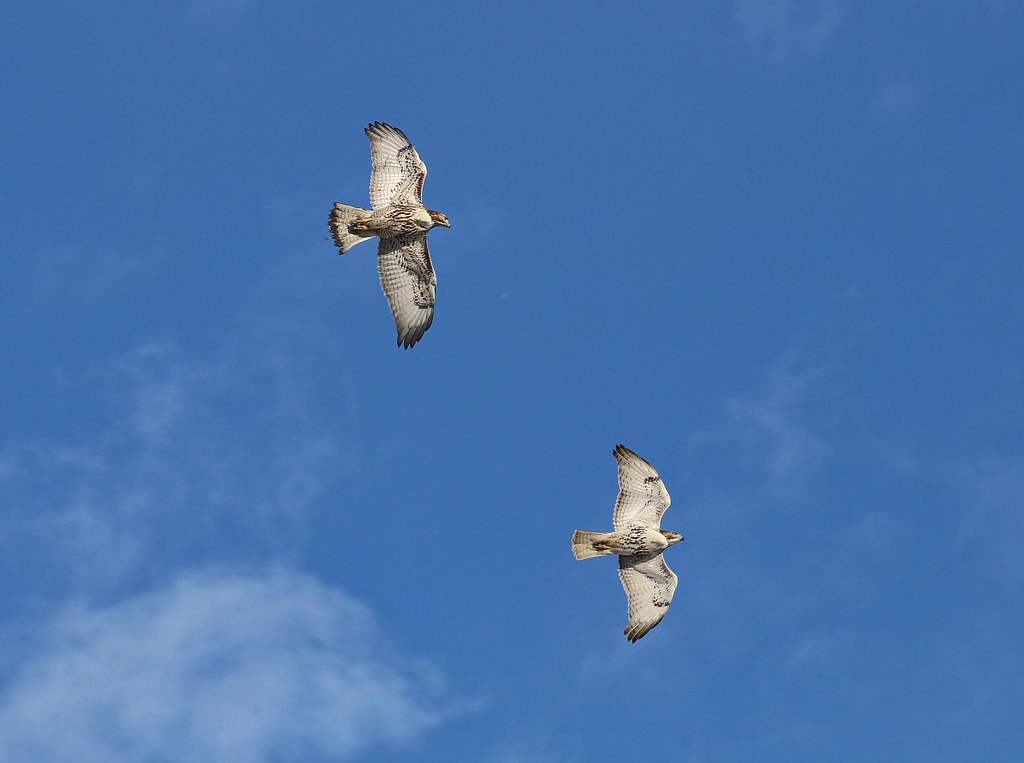 The hawk with the dark-tipped tail is the same hawk I saw in the neighborhood on a rainy January 2.  In the photo below, its tail is not visible, but I was able to confirm the same tail in other photos I took the same day. 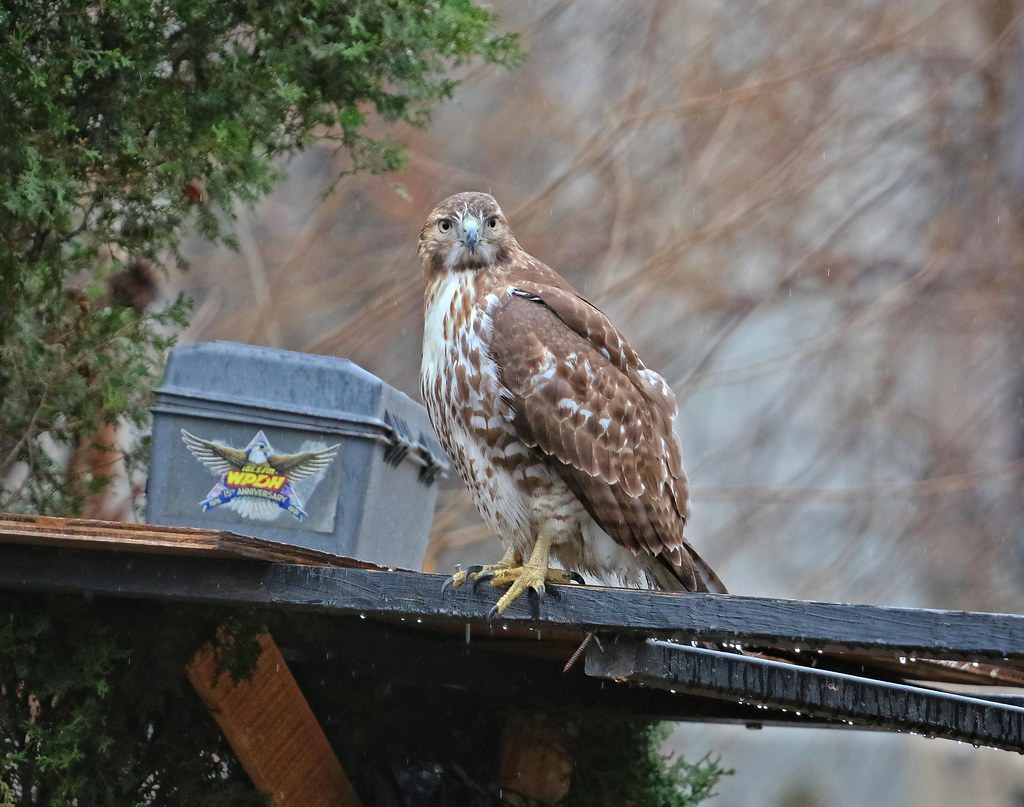 Back to this last Sunday, as the two juveniles flew around, a third juvenile red-tail appeared and the first two hawks didn't act very welcoming.  They both took several dives at it and chased it around the area.  The three of them flew around so fast and erratically, I couldn't capture them all in one shot, but below is a photo of the third hawk. 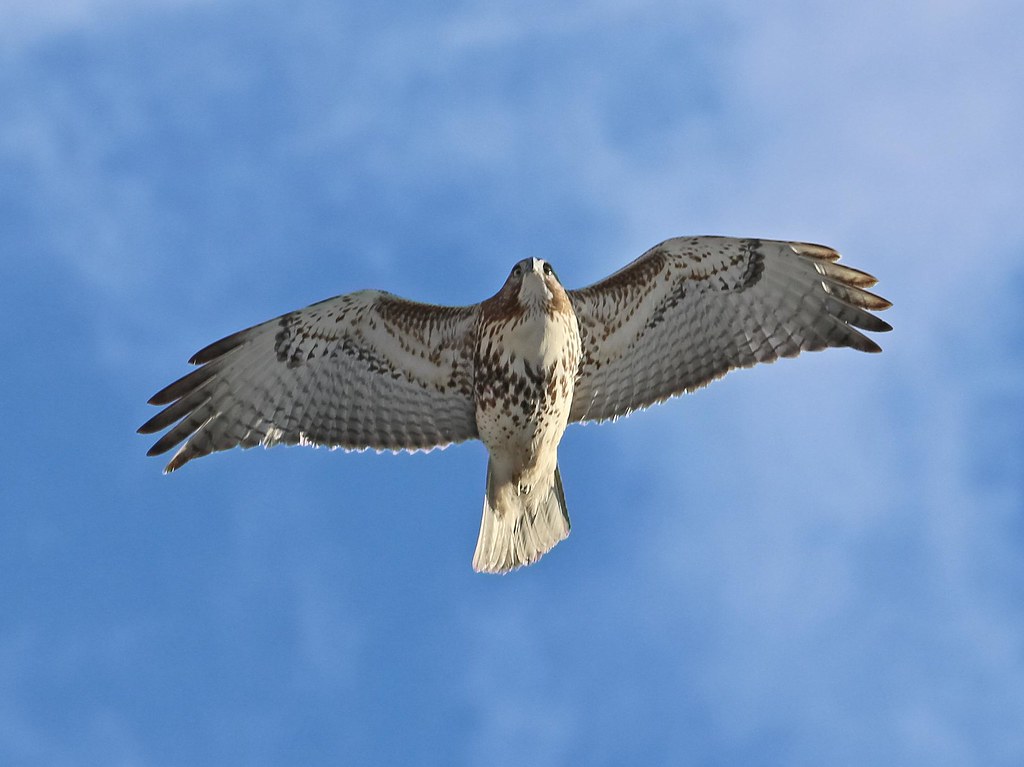 This one doesn't have any particularly distinctive markings, but it appears to have a slightly yellowish chest. 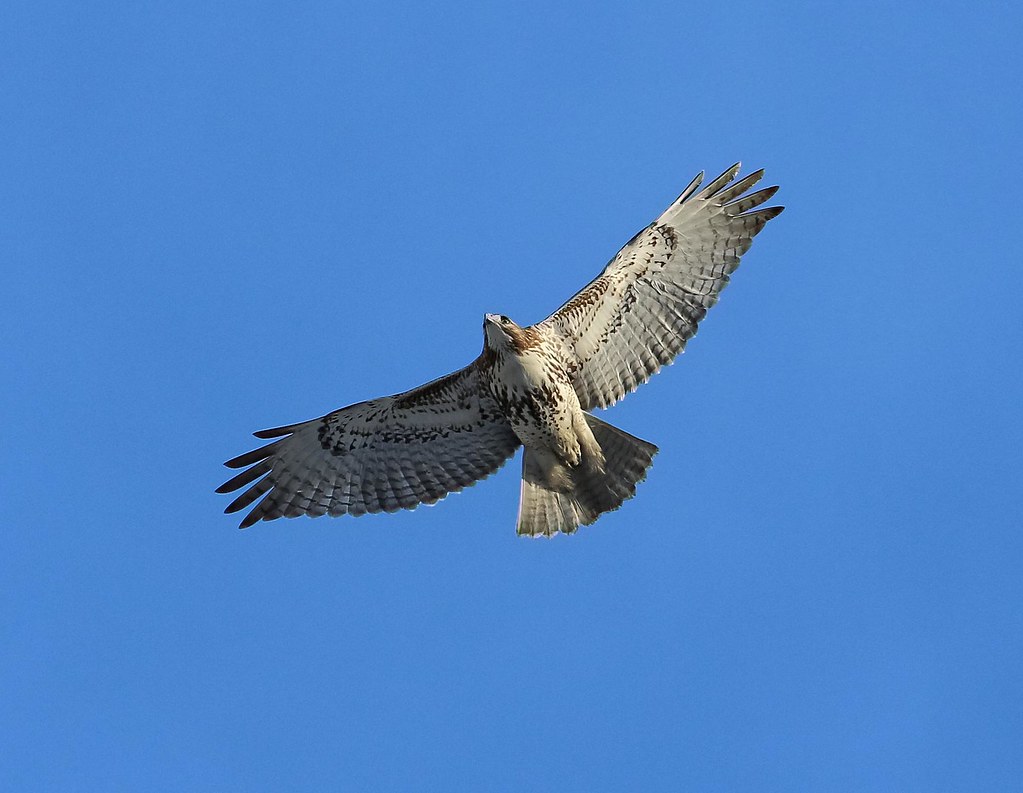 Three hawks cavorting in the territory captured the attention of the resident adults, Christo and Dora, who flew over from Tompkins Square screaming loudly.  Below, one of the juveniles is on the left and either Christo or Dora (too far for me to determine which) is on the right. 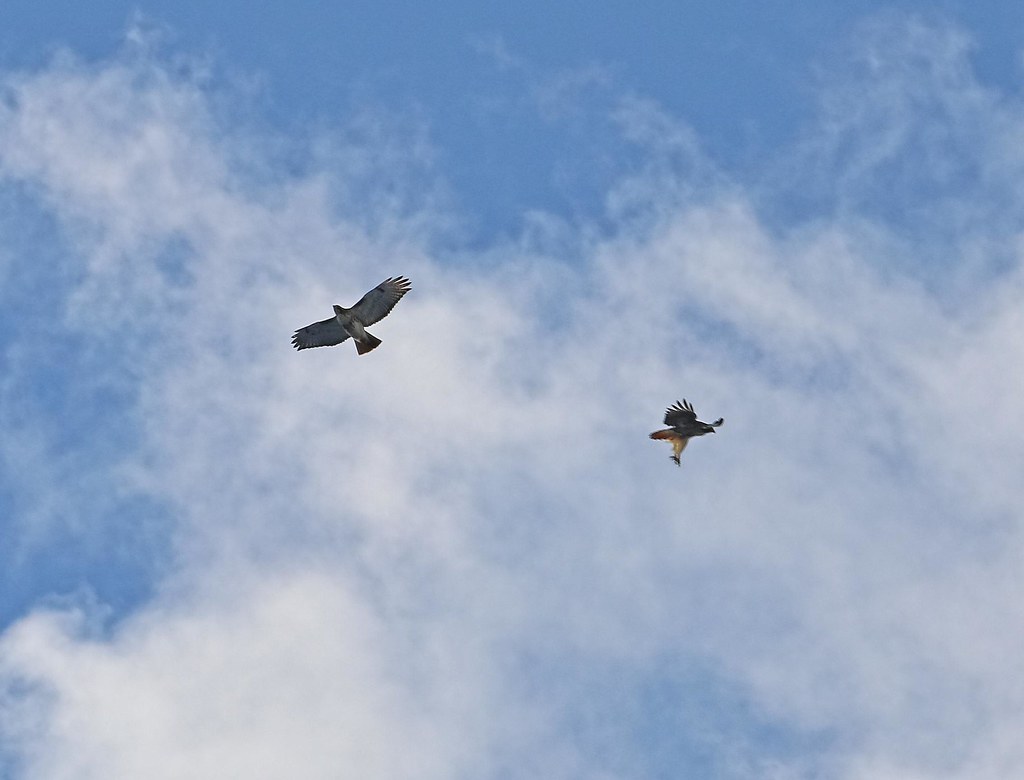 Below, Dora is on the left and Christo is on the right.  After forcing the juveniles to disperse, they seemed satisfied and headed back to the park. 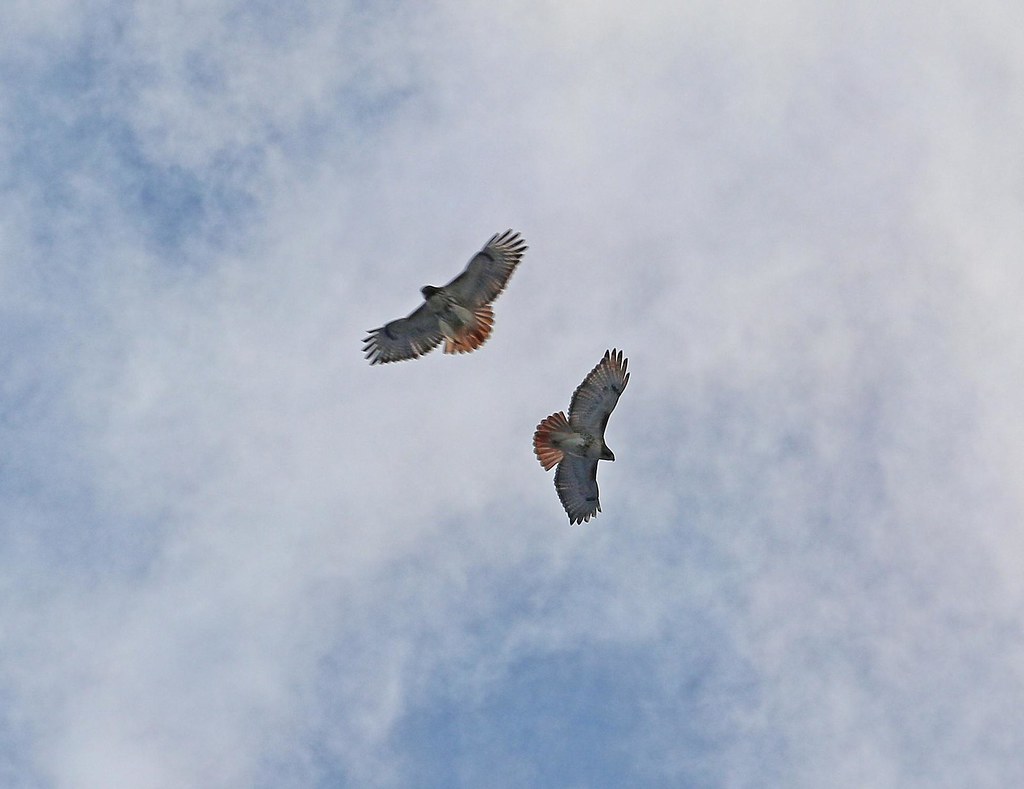 Three juvenile red-tails playing around in Christo and Dora's domain led me to wonder if the young hawks could be Christo and Dora's offspring from last summer.  I spent a great deal of time comparing photos of the wintering juveniles with those of the Tompkins Square kids from last July/August.  I concluded that none of these are Christo and Dora's kids.  I compared the chest feathers, which may have changed during the autumn, but their leg patterns are all pretty unique and distinctive and none of them match up.

As nesting season approaches, there may be more drama in the air, so be sure and look up!
Posted by Laura Goggin Photography at 9:30 PM