Although today was a dreary one, I ventured to Tompkins Square Park and found Christo and Dora in the big elm by the Avenue A playground.  Dora chowed down on a pigeon as Christo stood guard. 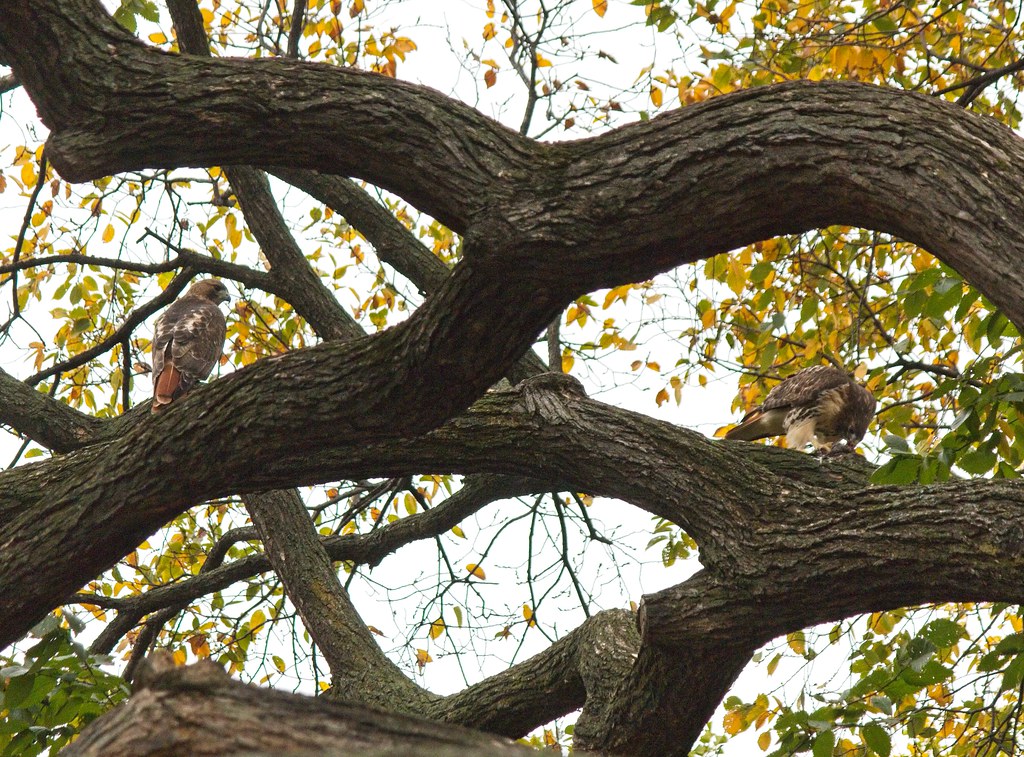 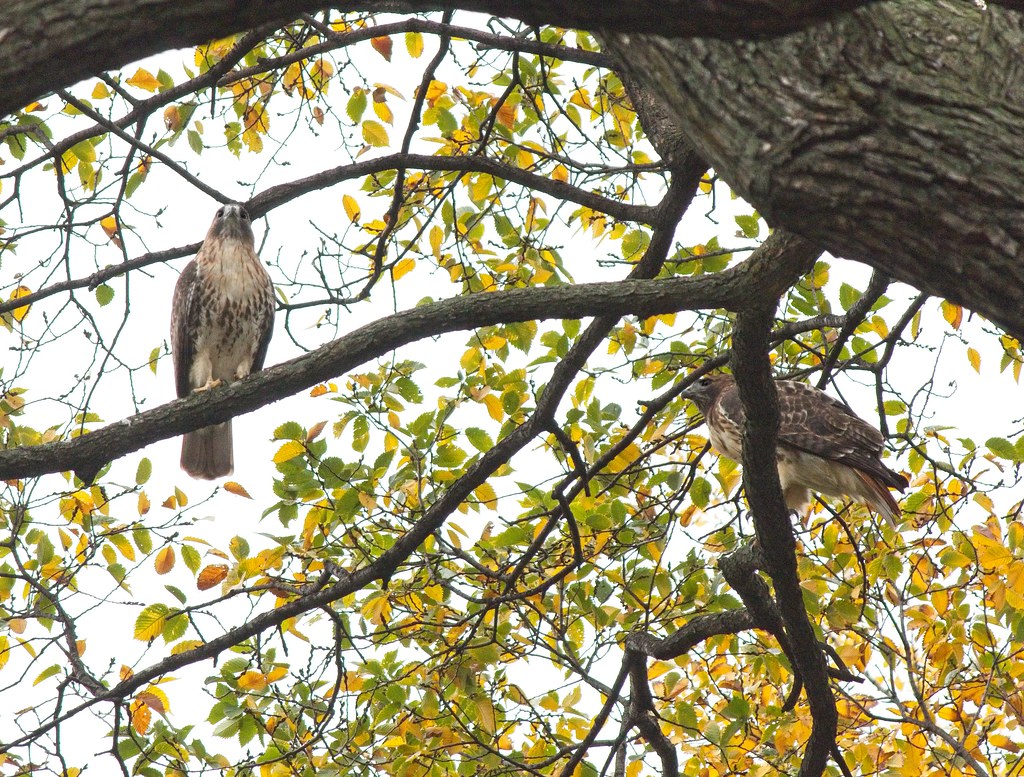 After Dora was done eating, Christo flew to the branch where the leftovers were, but didn't seem interested in finishing them off. Instead, he broke a branch out of the tree and flew it towards the Gingko over on the east side of the park, where they appear to be building a new nest. 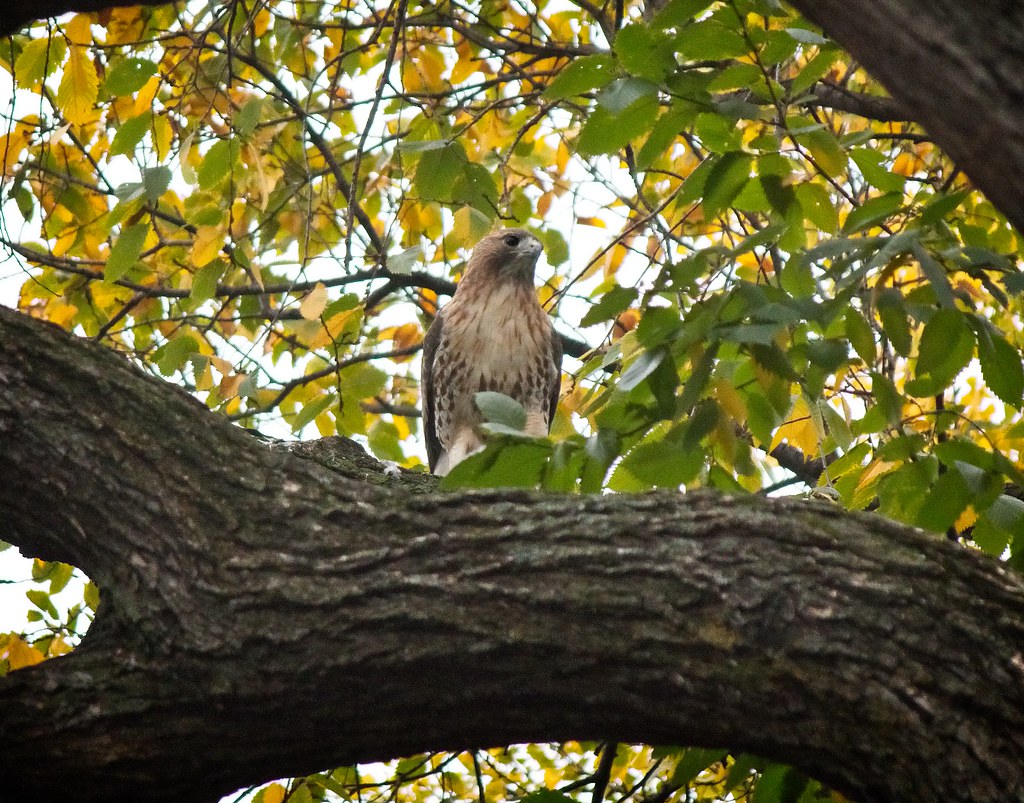 Meanwhile, Dora settled in to digest her lunch. 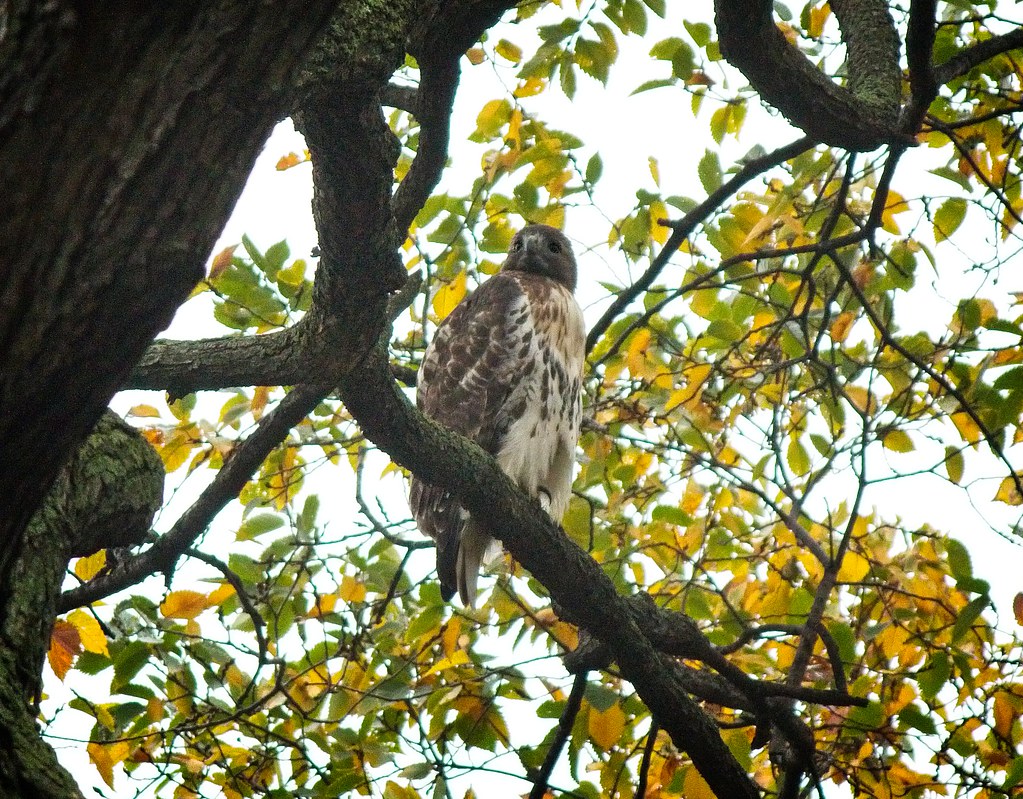 She didn't mind the drizzle. 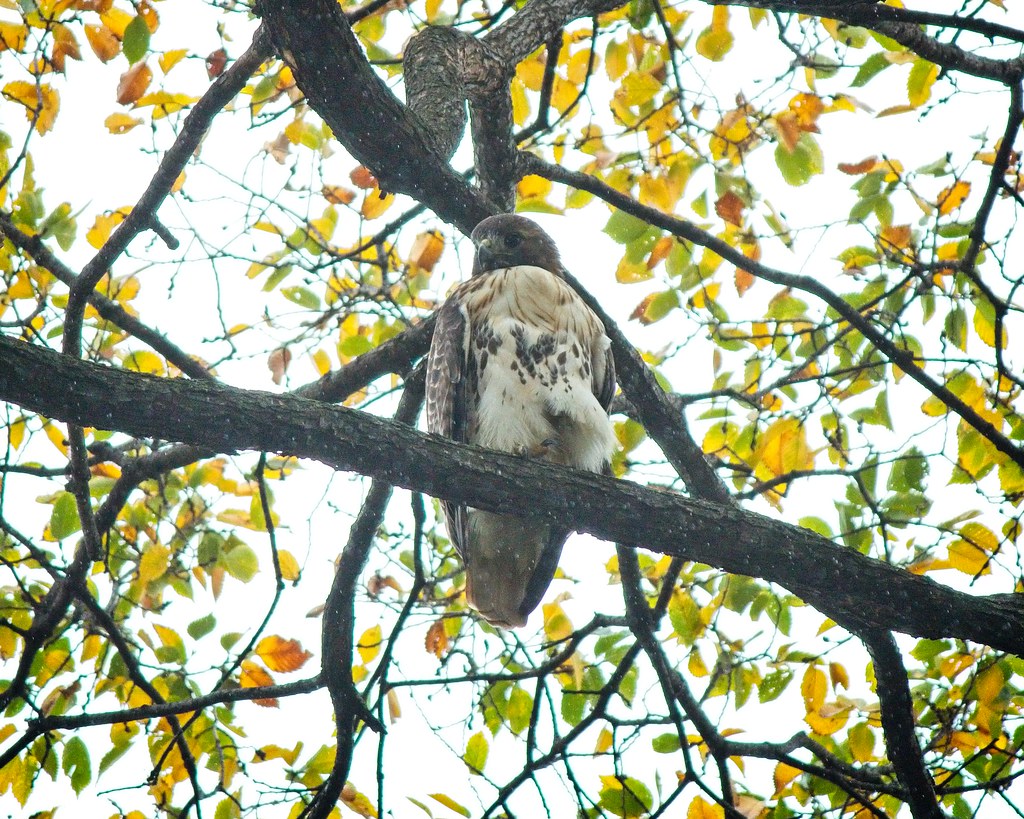 About an hour later, Christo reappeared near the 7th Street entrance and seemed to be keeping his sights on the territory south of the park. 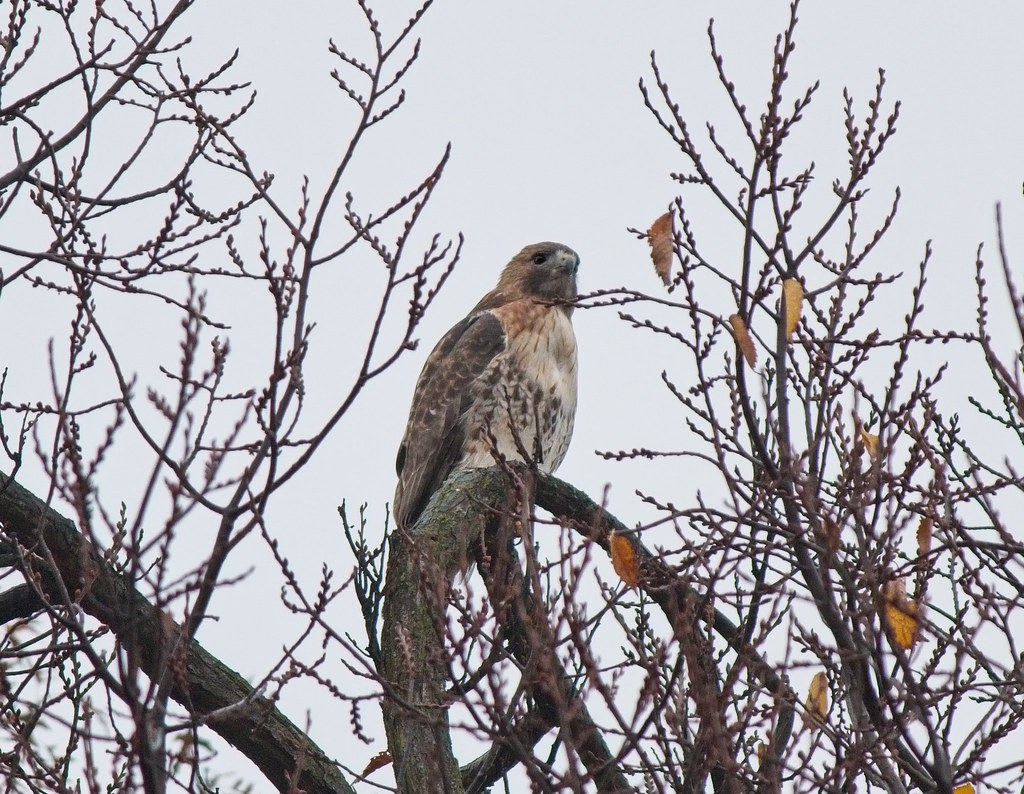 He has good reason to be keeping vigil. On Saturday, I saw Dora flying down Avenue A, then up to the top of one of the Village View buildings near 6th Street. 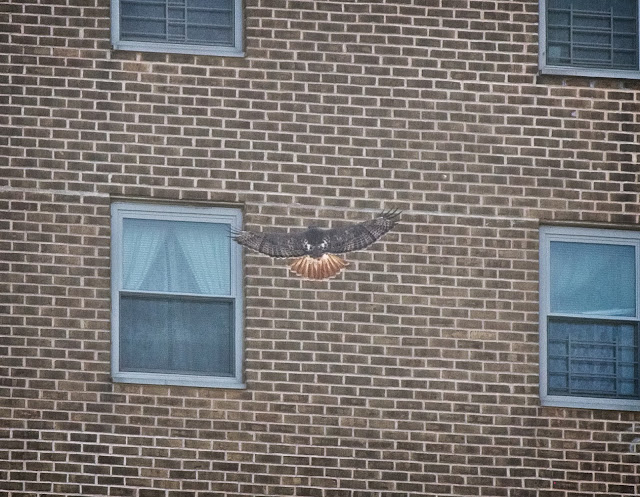 As she landed, Christo and an immature red-tail fought in the air high over the Avenue. In the photos below, Christo is the lower hawk. 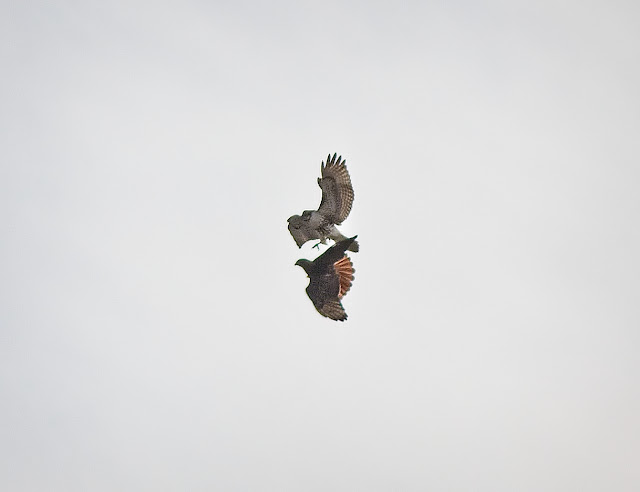 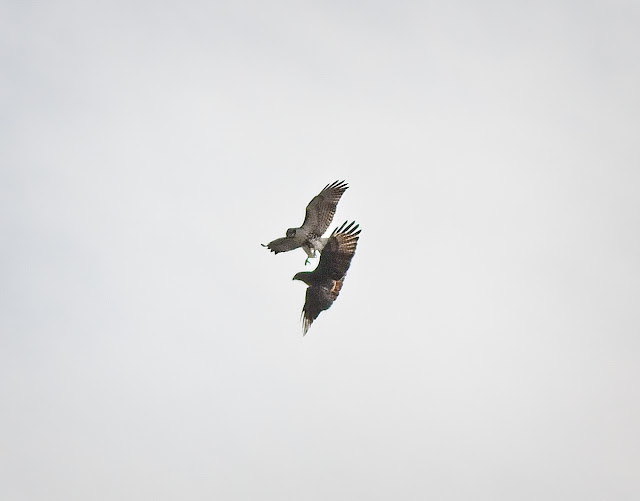 They tussled for a few minutes before flying back to the park.  A fellow hawk-watcher said all three red-tails landed in the tree on the central lawn. 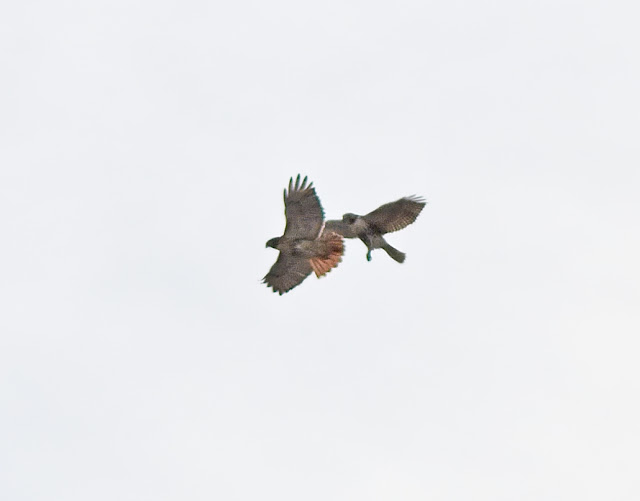 It's the time of year for raptor migration, so keep your eyes peeled for hawk drama in the skies.