Going through the motions

Questions remain about what is going on with the hawks in Tompkins Square.  Dora is still in rehab, and I've been told she's made some slight improvement, but I think it's going to be some time before she's able to return.  Meanwhile, Christo and his new gal-pal are hanging out in the park, but their relationship is still puzzling. 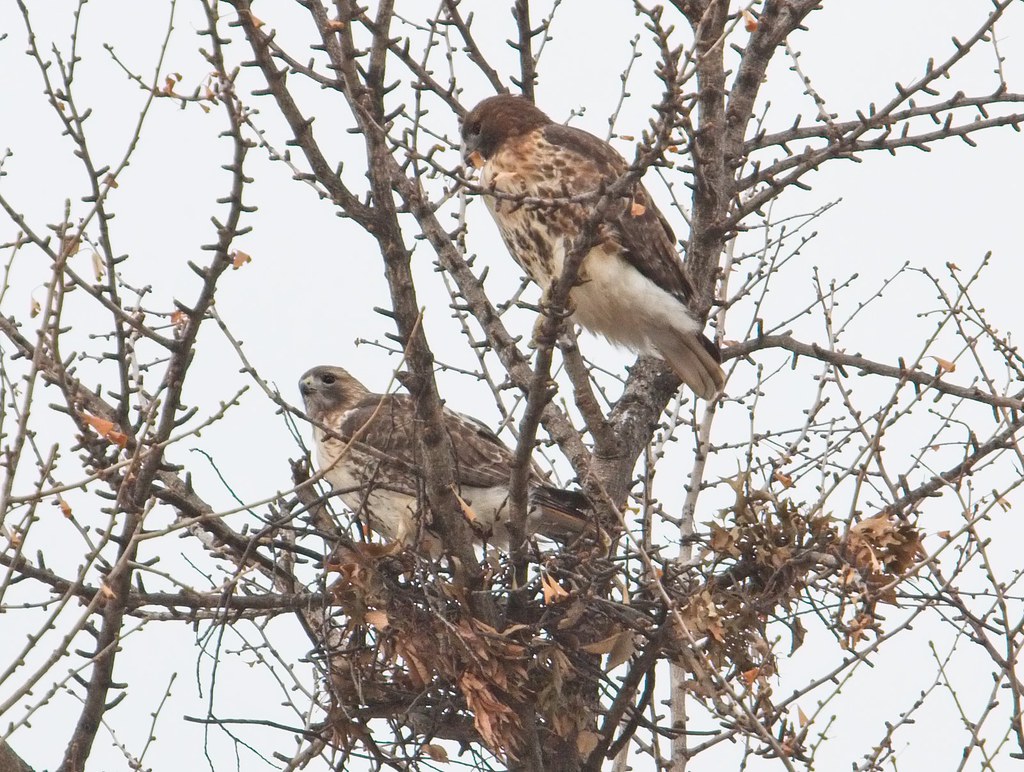 Over the weekend, I found the two of them in the ginkgo tree on the east side of the park.  The nest that Christo and Dora had been constructing is not much more than a loose gathering of leaves, but Christo seems to be working on it. Nora (NotDora) perches in the tree, but I have yet to see her do any nest-building.

Below, a squirrel checks on the hawks, but neither of them bothered to respond to it. 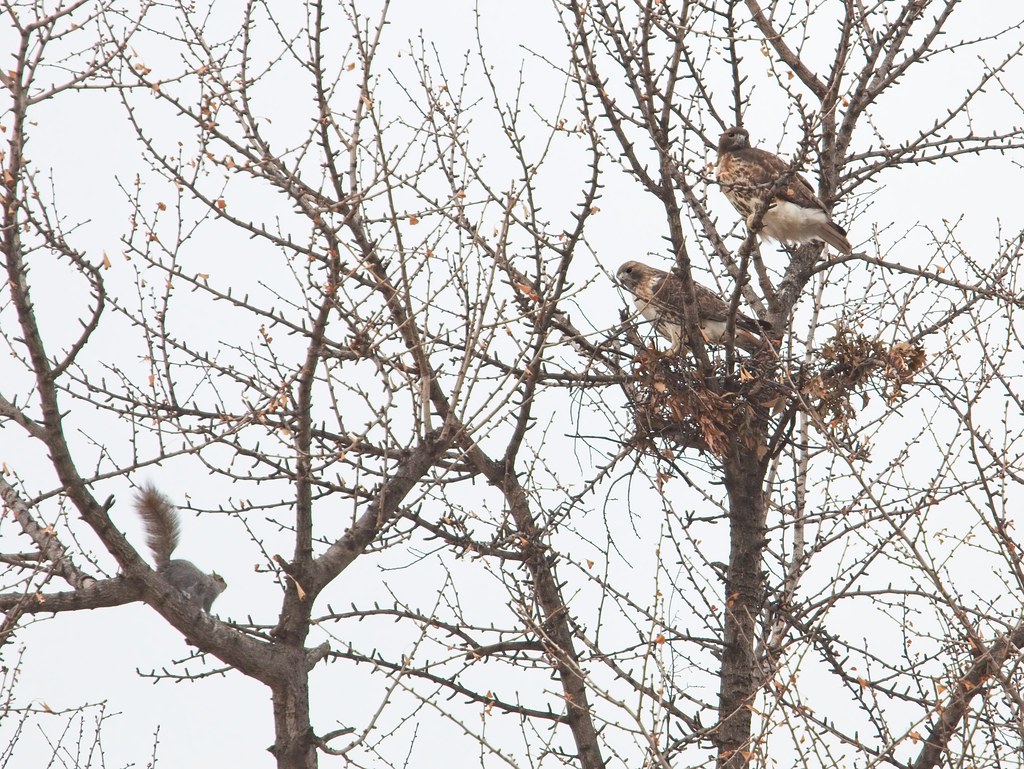 Christo has been especially passive recently, allowing other hawks to be in the park. I don't know if he is incapable of defending the territory on his own, or if he just doesn't care that they're around. Perhaps he expects Nora to kick out the intruders, as that seemed to be Dora's role in the relationship.

On Saturday, the pair perched together for some time on a Village View building on Avenue A.  In the past, I've seen Dora perch there, but I can't recall ever seeing Christo perch in that spot before.  While the red-tails hung out on the building, two Cooper's hawks (an adult and an immature) were present in the park. 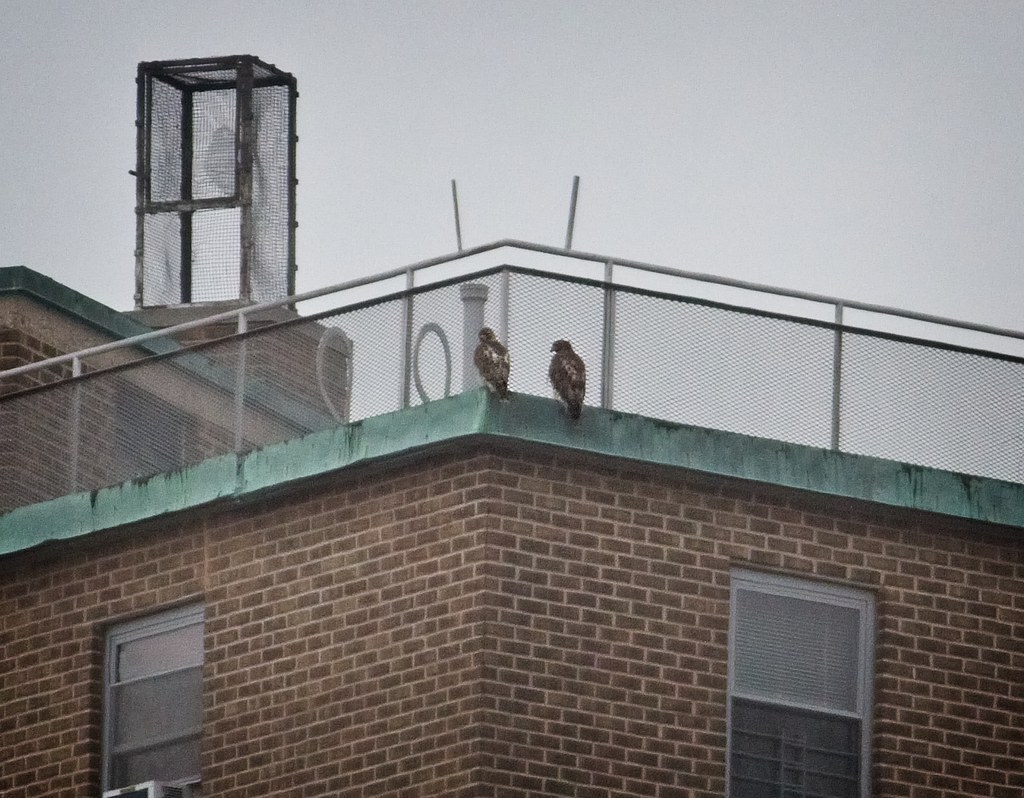 Sunday afternoon, Christo and Nora perched in a tree on the south side of the park. 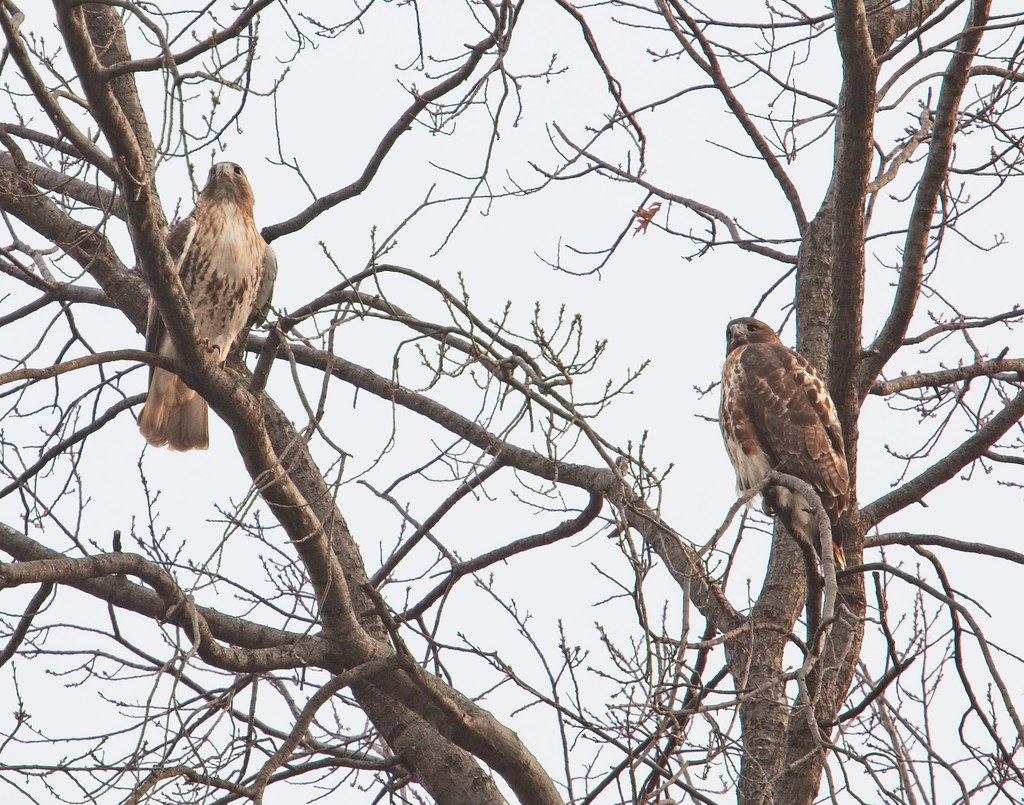 Christo then appeared to try and impress his lady by demonstrating his stick-breaking prowess. 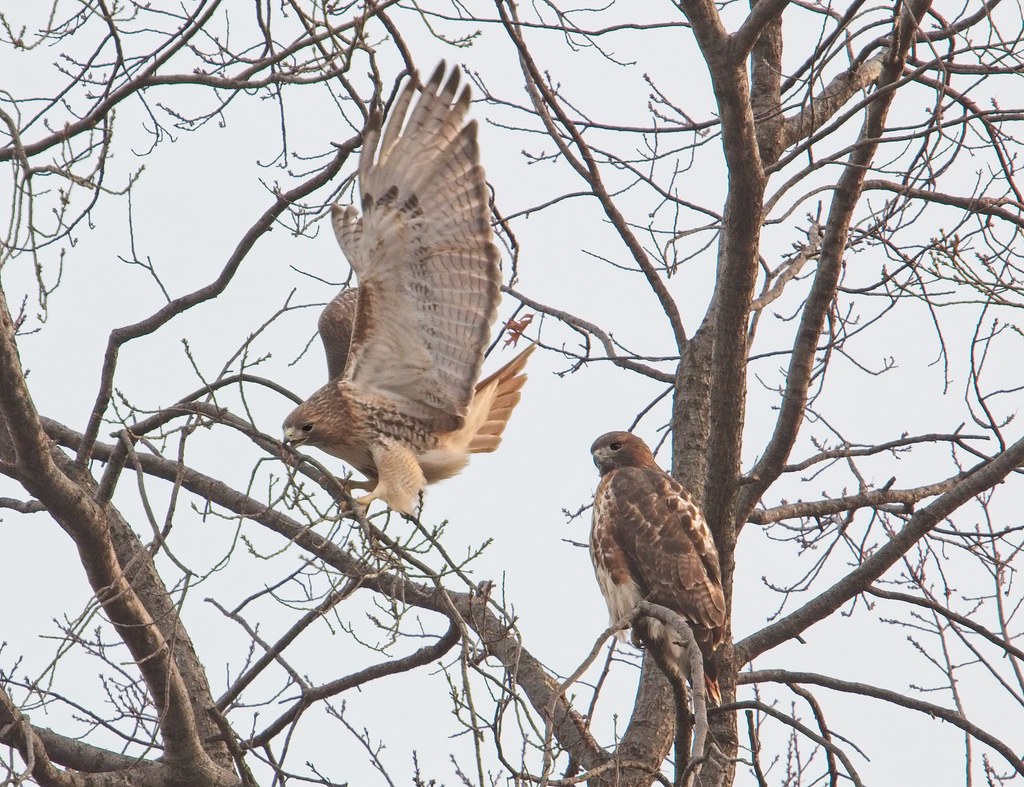 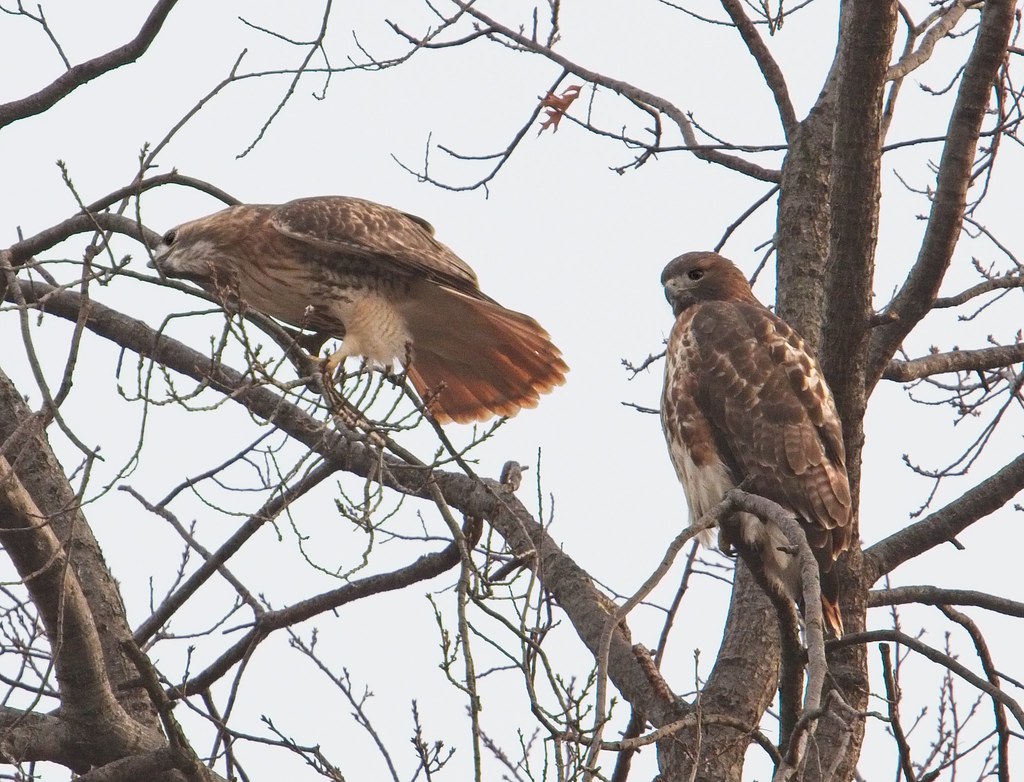 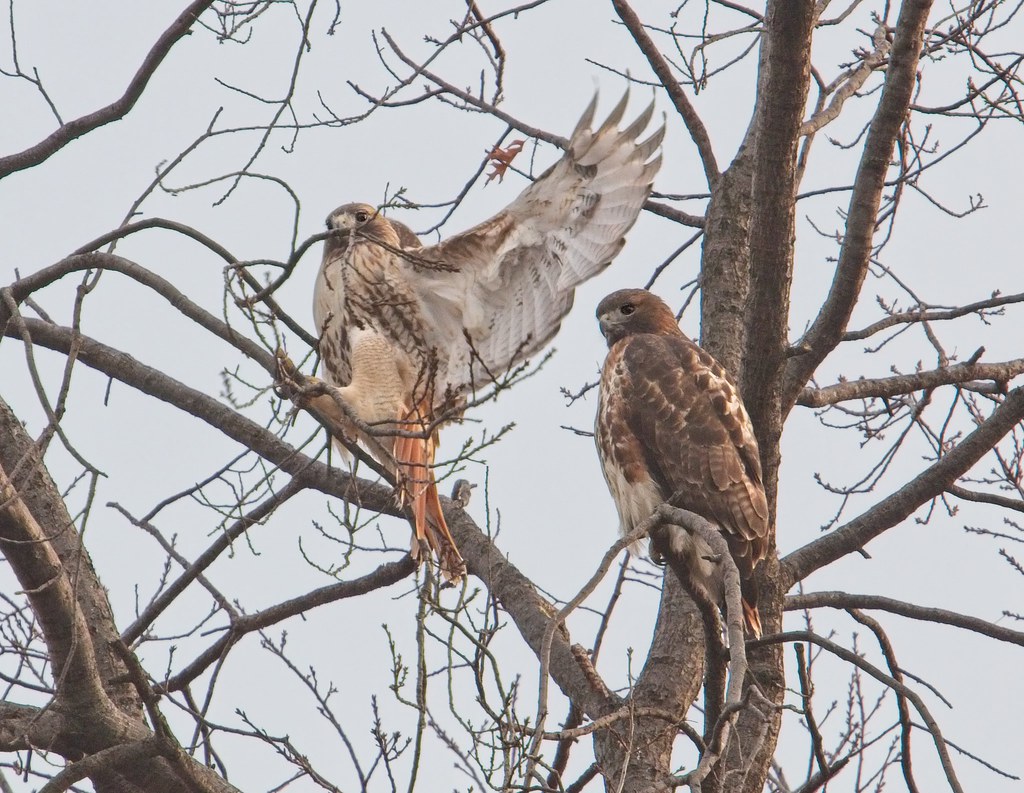 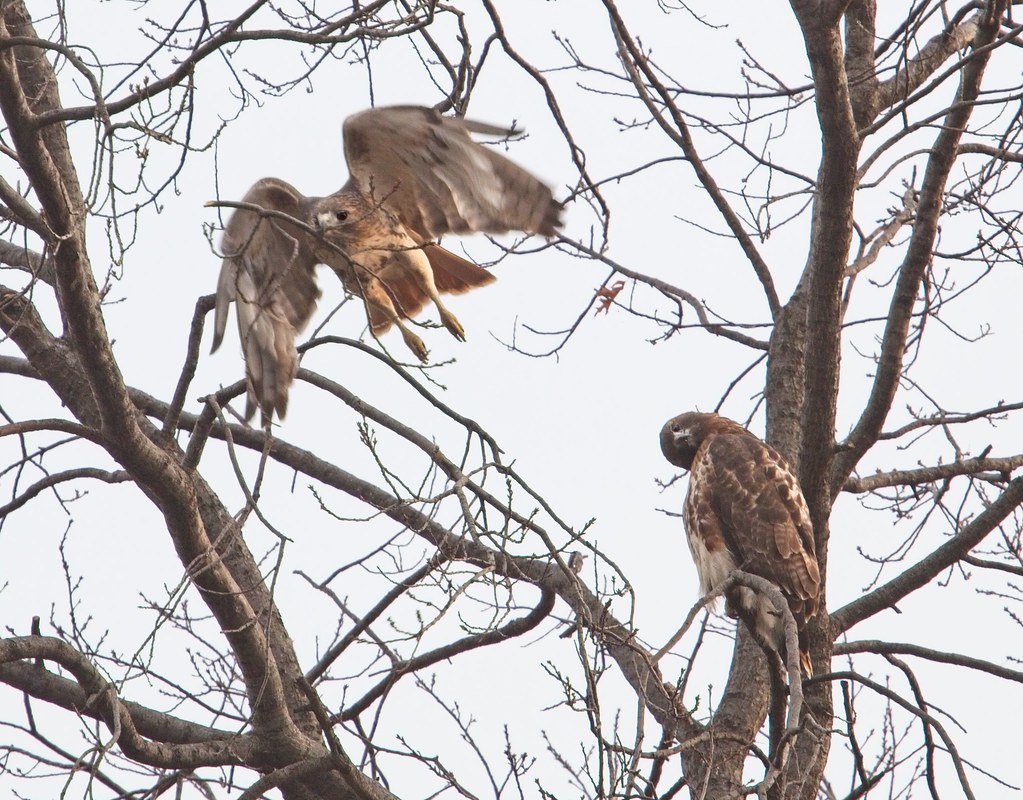 Christo flew the stick back to the ginkgo nest. 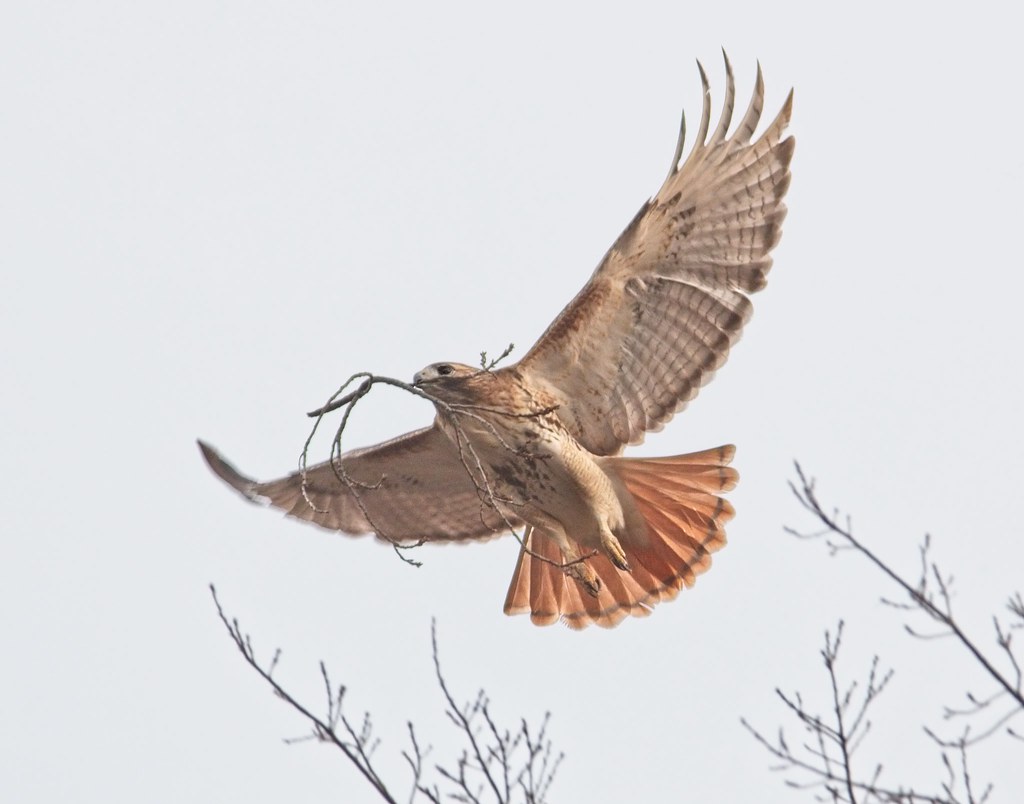 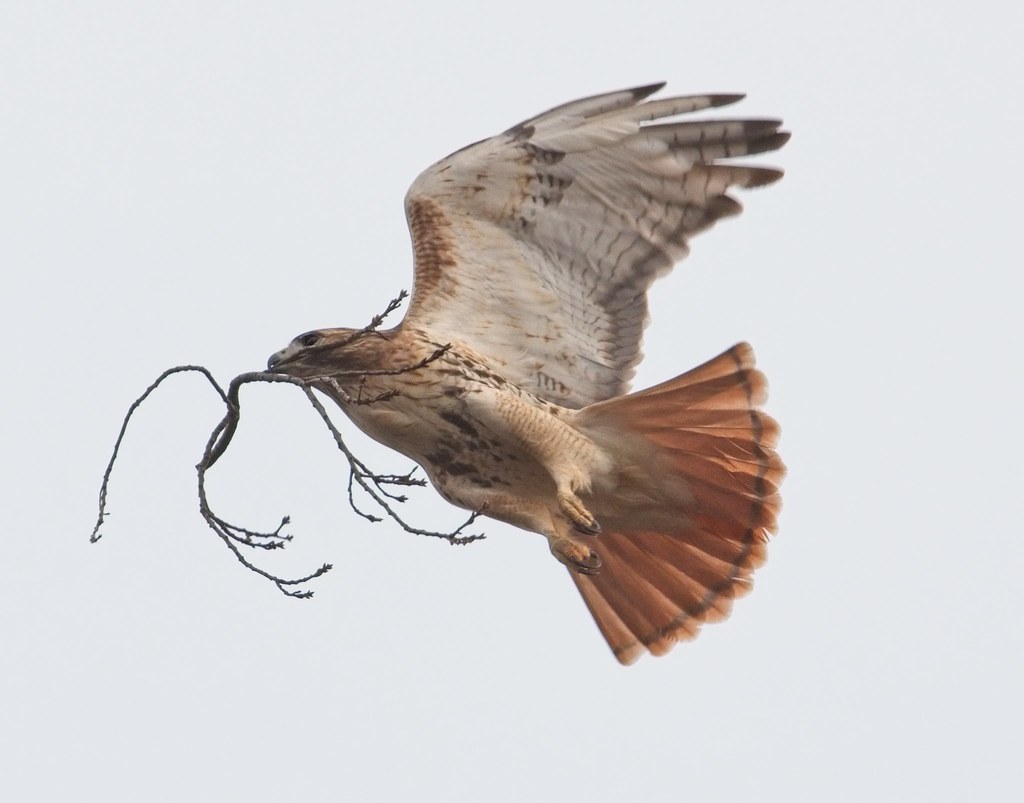 I took some video of Nora sitting quietly while Christo broke sticks from another tree.

During this time, an immature Cooper's hawk had been sitting in a tree on the west side of the park for about an hour.  Nora eventually flew over to it and forced it to leave the park.  That's the only action I've seen her take that demonstrates she is in control of the area. 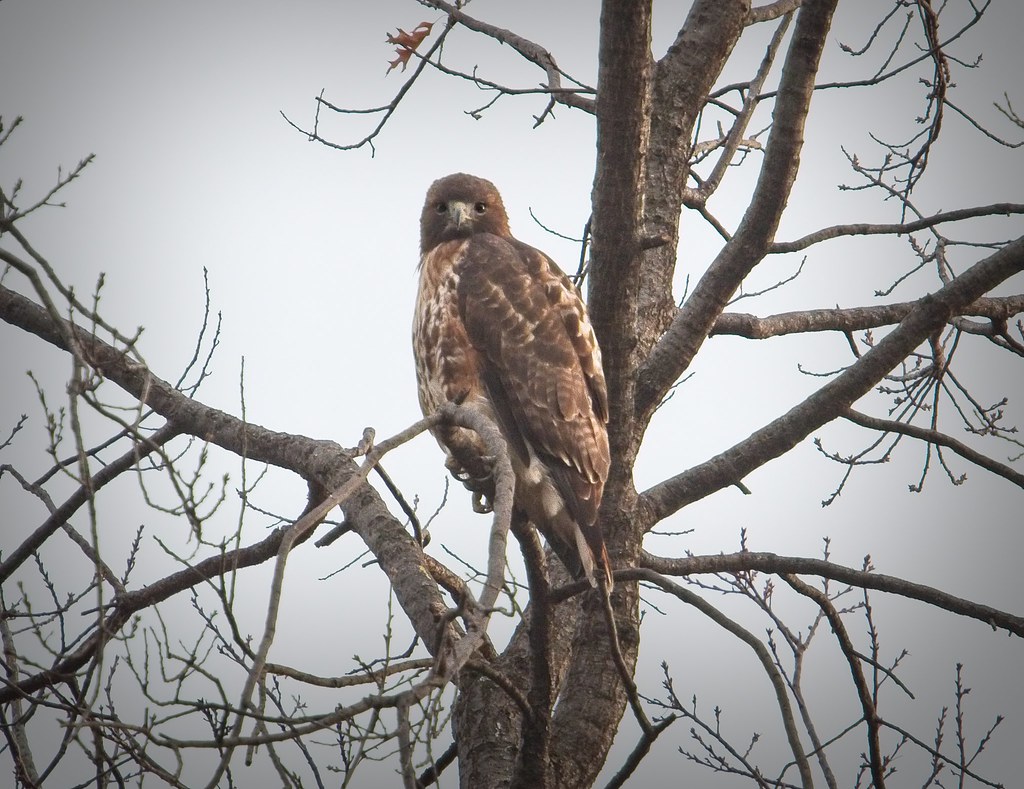 At this time, Christo and Nora just don't seem to have the spark that Christo and Dora did.  They were (are) a well-bonded pair, and they worked very well together.  Christo and Dora both participated in gathering sticks and working on the nest.  Christo hunted for her and they shared food.  As far as I've seen, Nora is doing her own hunting.

Many questions remain.  Are Christo and Nora an official pair?  Is she just wintering in the park and will leave when nesting season begins?  Will other hawks come around and challenge either of them?  Maybe Nora just has a very different personality and this is the way things are.  I wish they could tell us.

A parting shot of Christo... 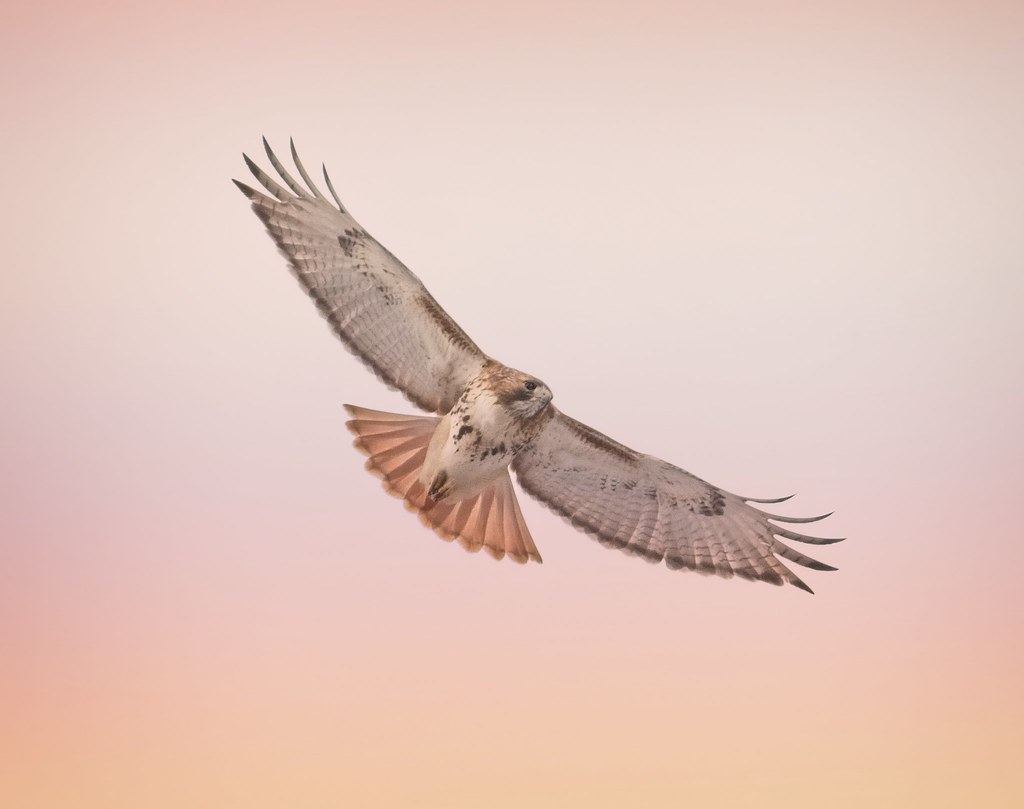