On Christmas Day, this immature red-tailed hawk spent the afternoon hanging out on a fire escape on Avenue A and St Mark's Place. 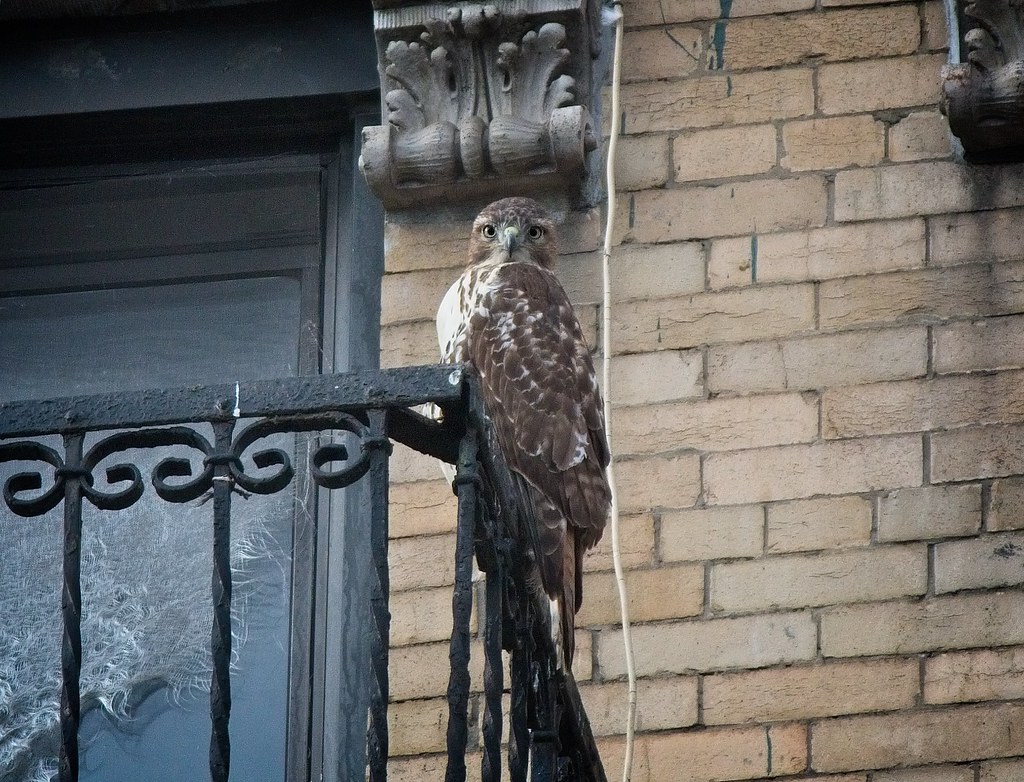 The hawk spent a great deal of time watching pigeons fly back and forth from the rooftops to Tompkins Square Park across the street. 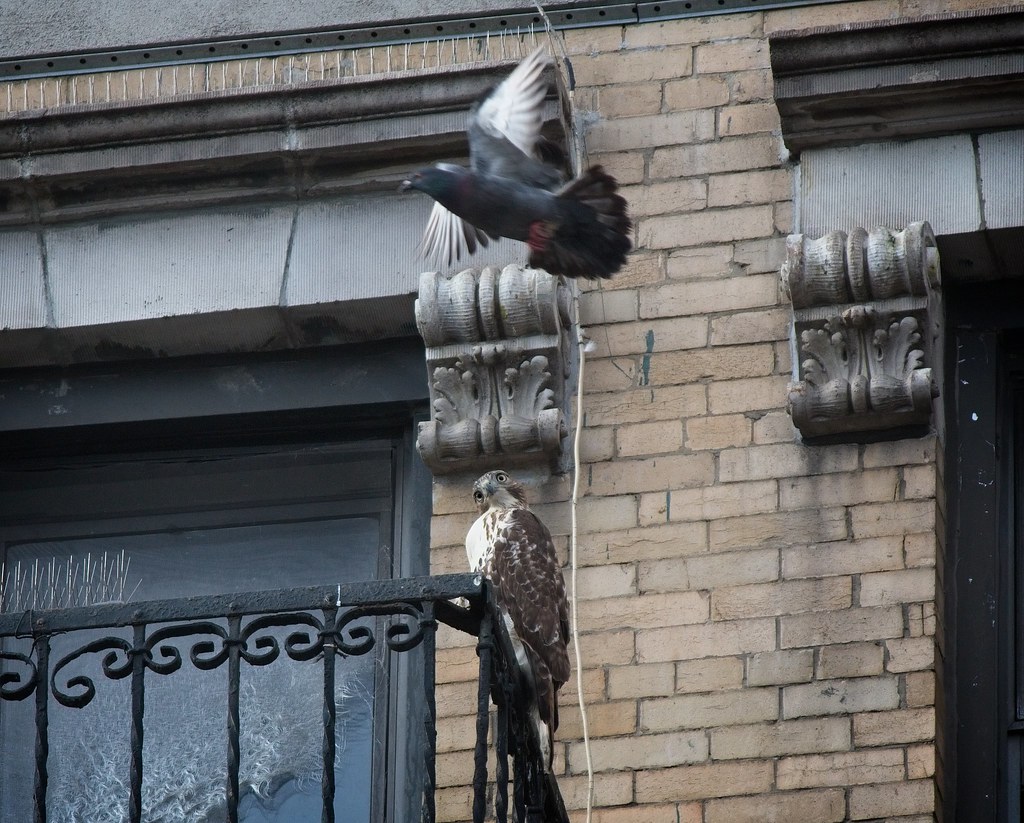 I took some video of the hawk here:

Eventually, the sun began to go down, casting shadows across the buildings. 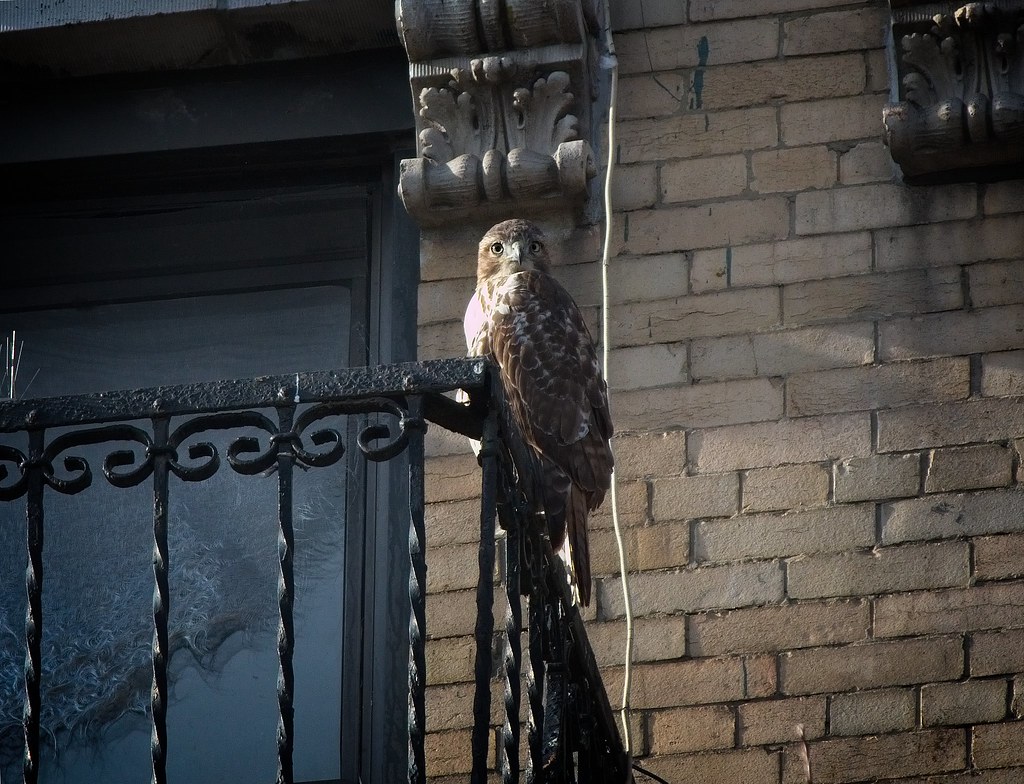 The hawk remained in the last beam of light. 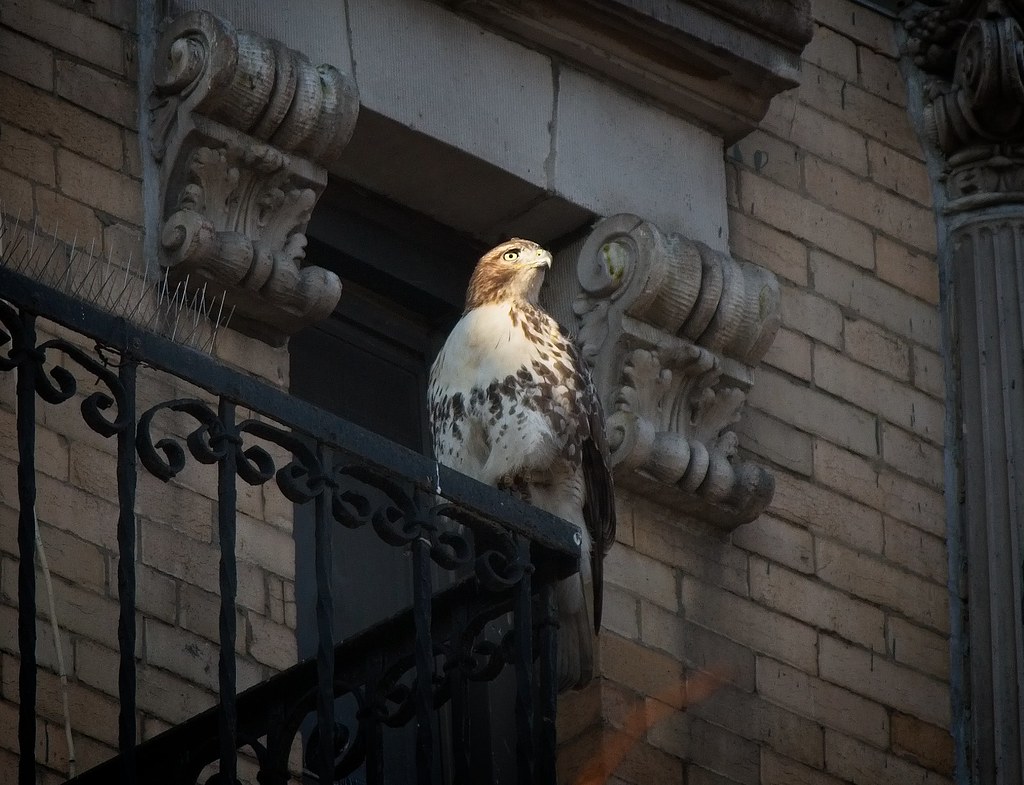 At last, the hawk took off towards the sun. 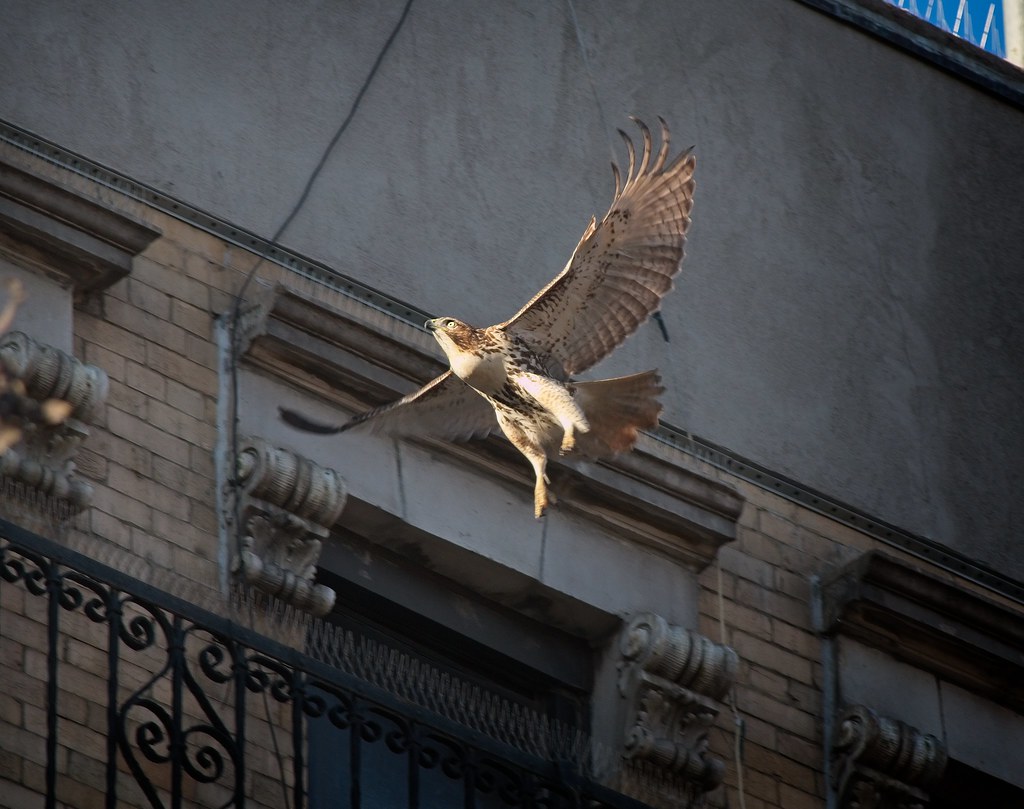 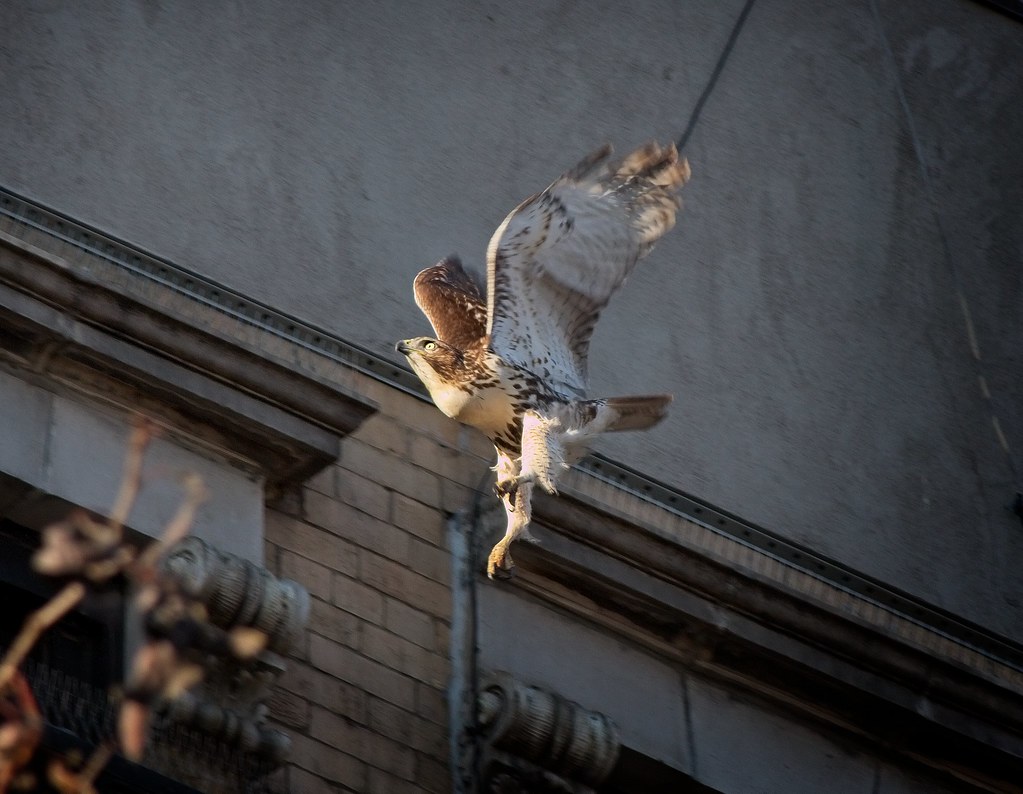 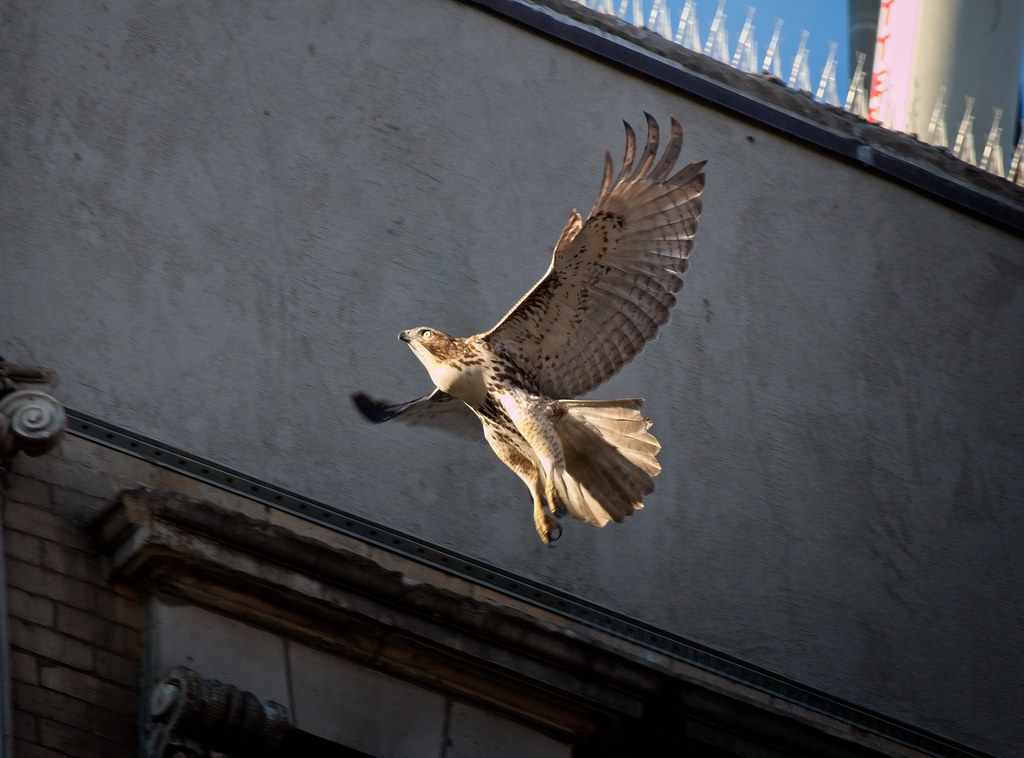 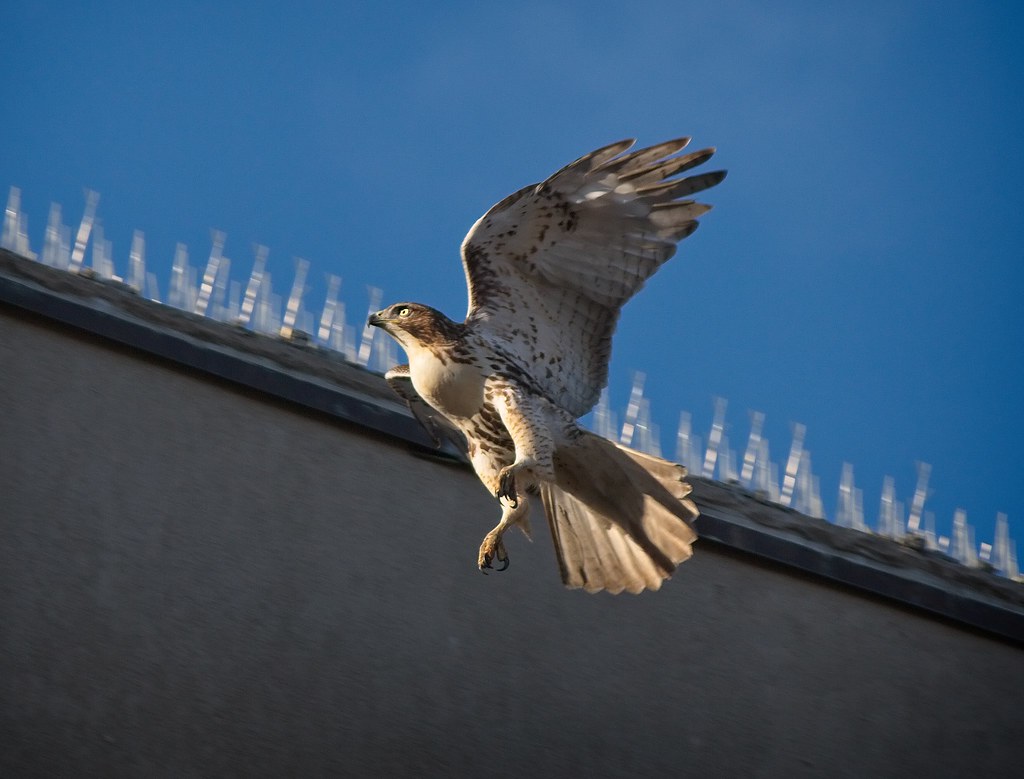 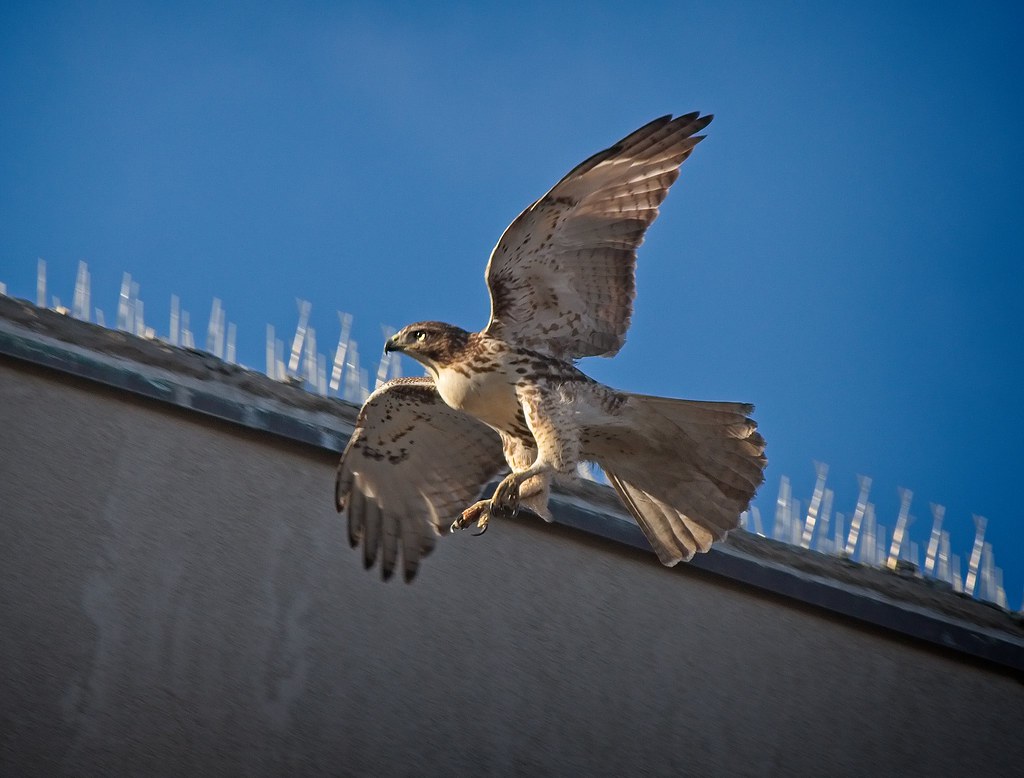 You can see its very-full crop, so the hawk must have eaten something just before I saw it on the fire escape. 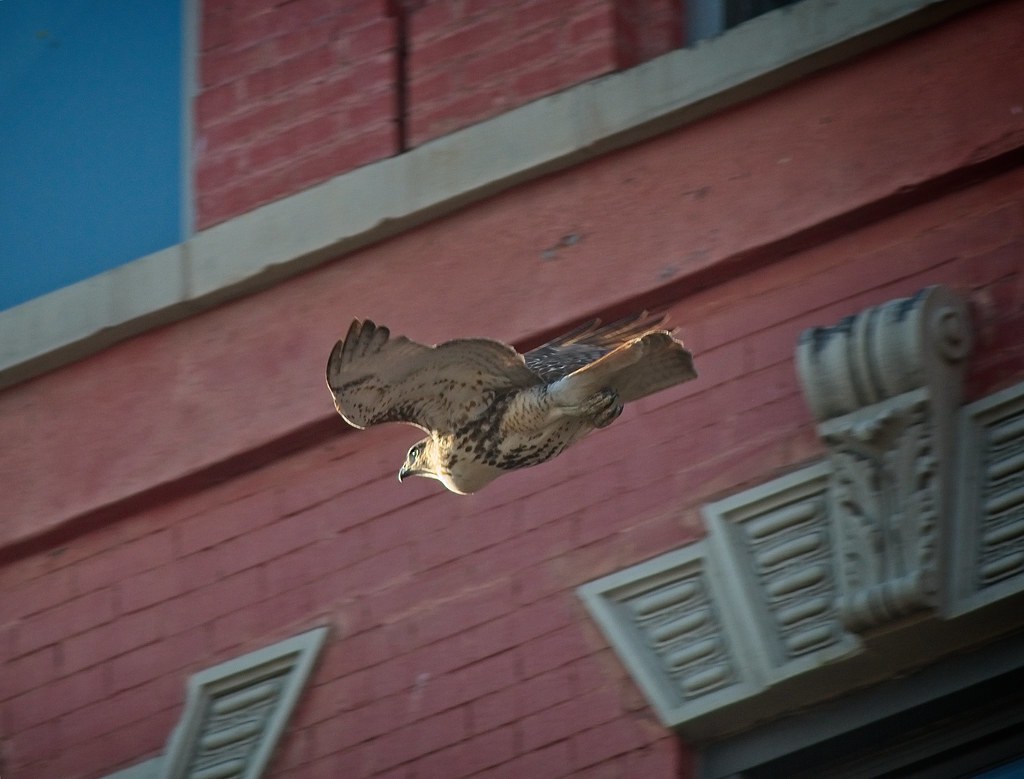 The young hawk flew into a tree just inside the park and this caused Christo to immediately appear. 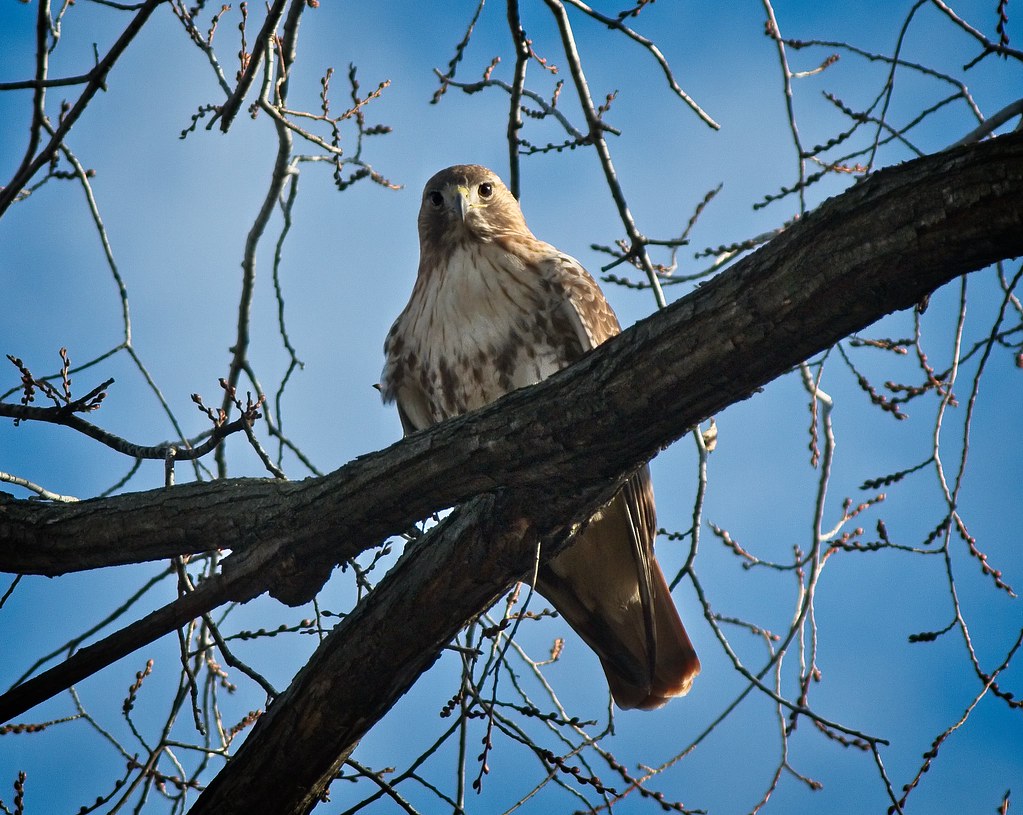 He wasn't happy about the young intruder in his territory and called out to Nora... 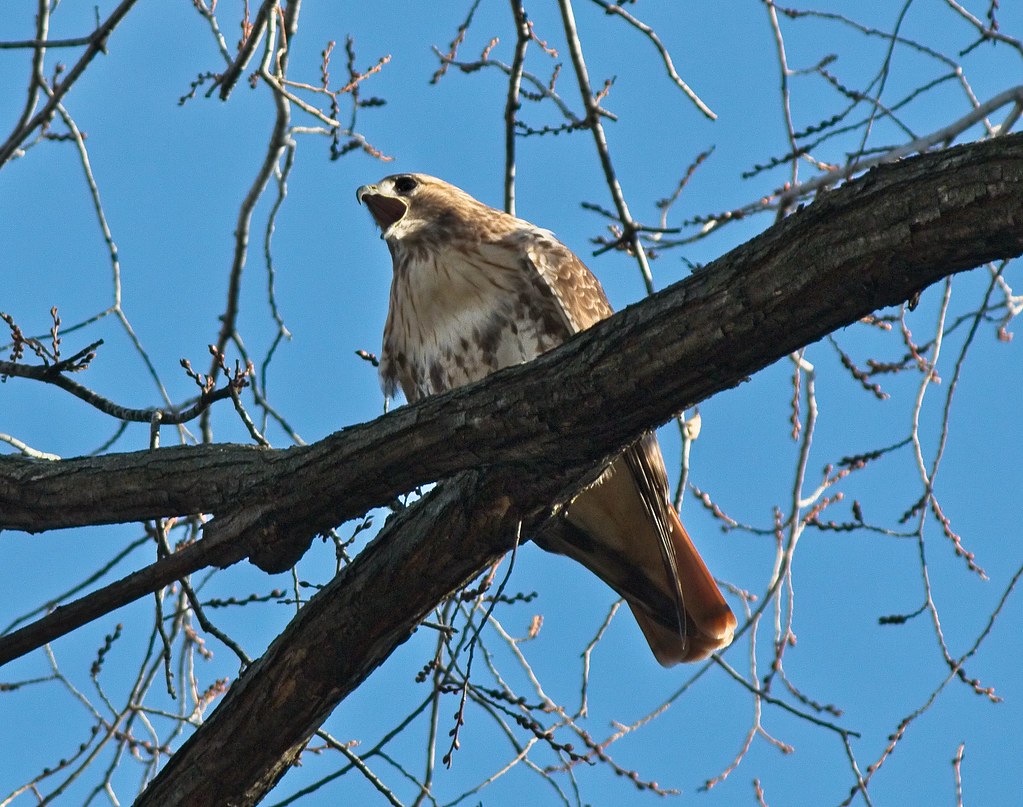 ...who quickly arrived and flew around overhead (note her very dark wingtips).  Apparently, a visiting hawk sitting on a fire escape is allowed, but entering the park is crossing a line and will not be tolerated. 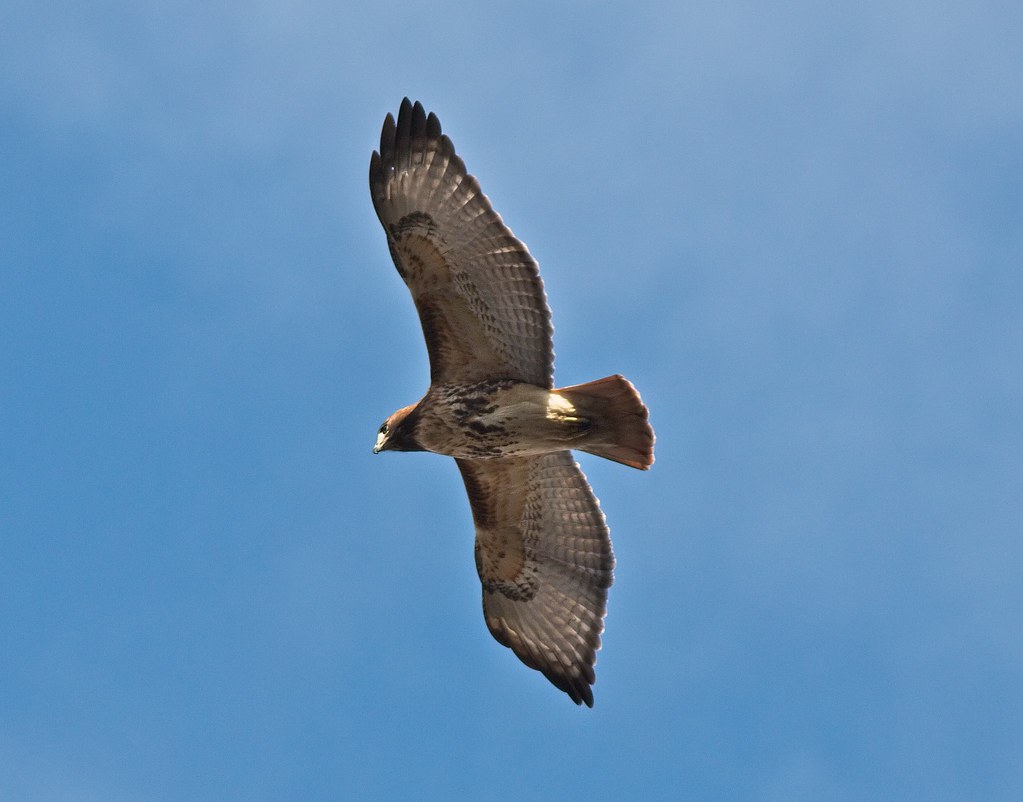 Christo and Nora chased the young hawk west on St Mark's Place.  This is the first time I've seen them really working together to defend the territory.