This last Thursday, I came across a young Cooper's hawk who had just caught a robin in Tompkins Square. 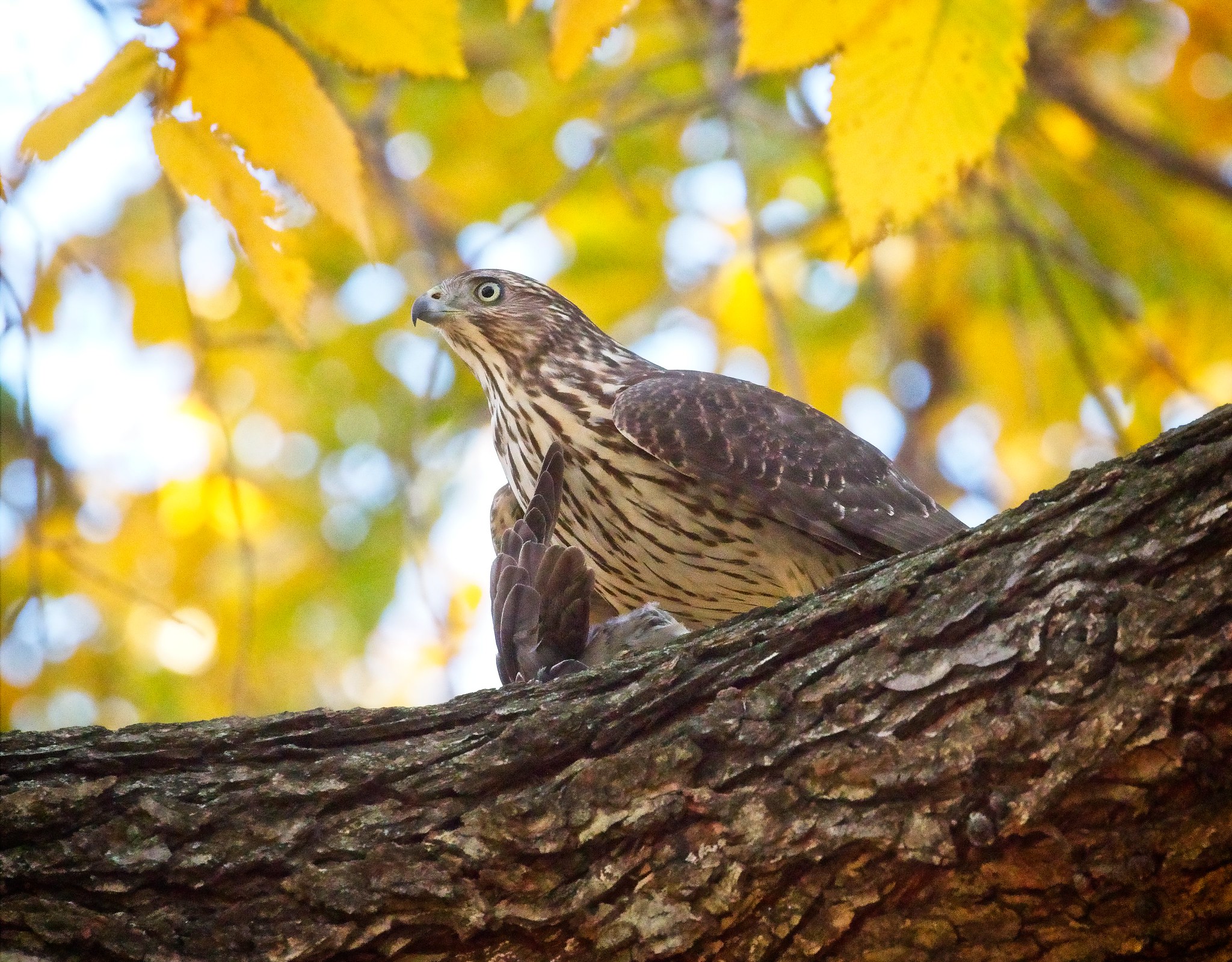 The hawk's streaky markings gave it excellent camouflage among the fall foliage. 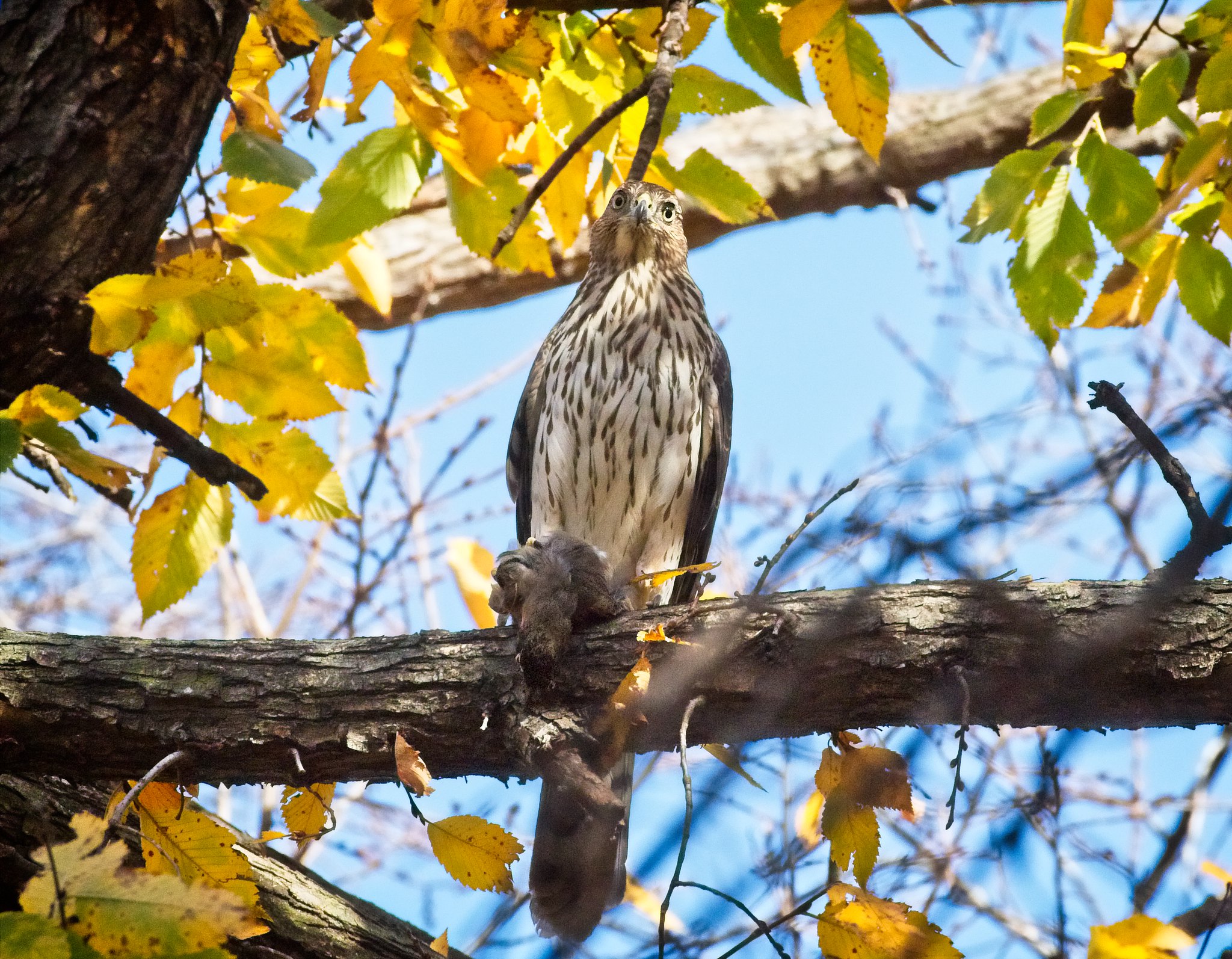 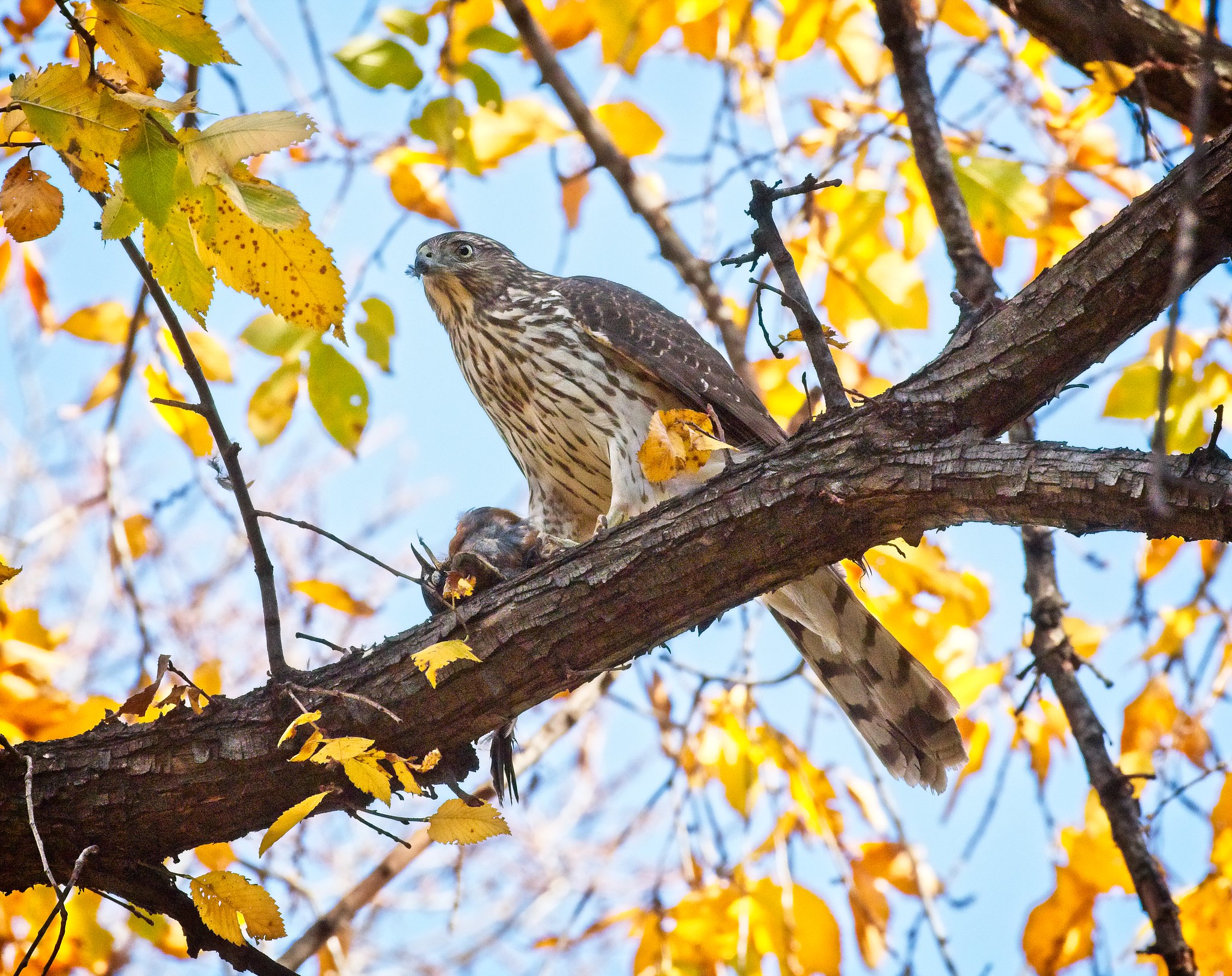 Not wasting any time, the hawk went to work plucking the robin. 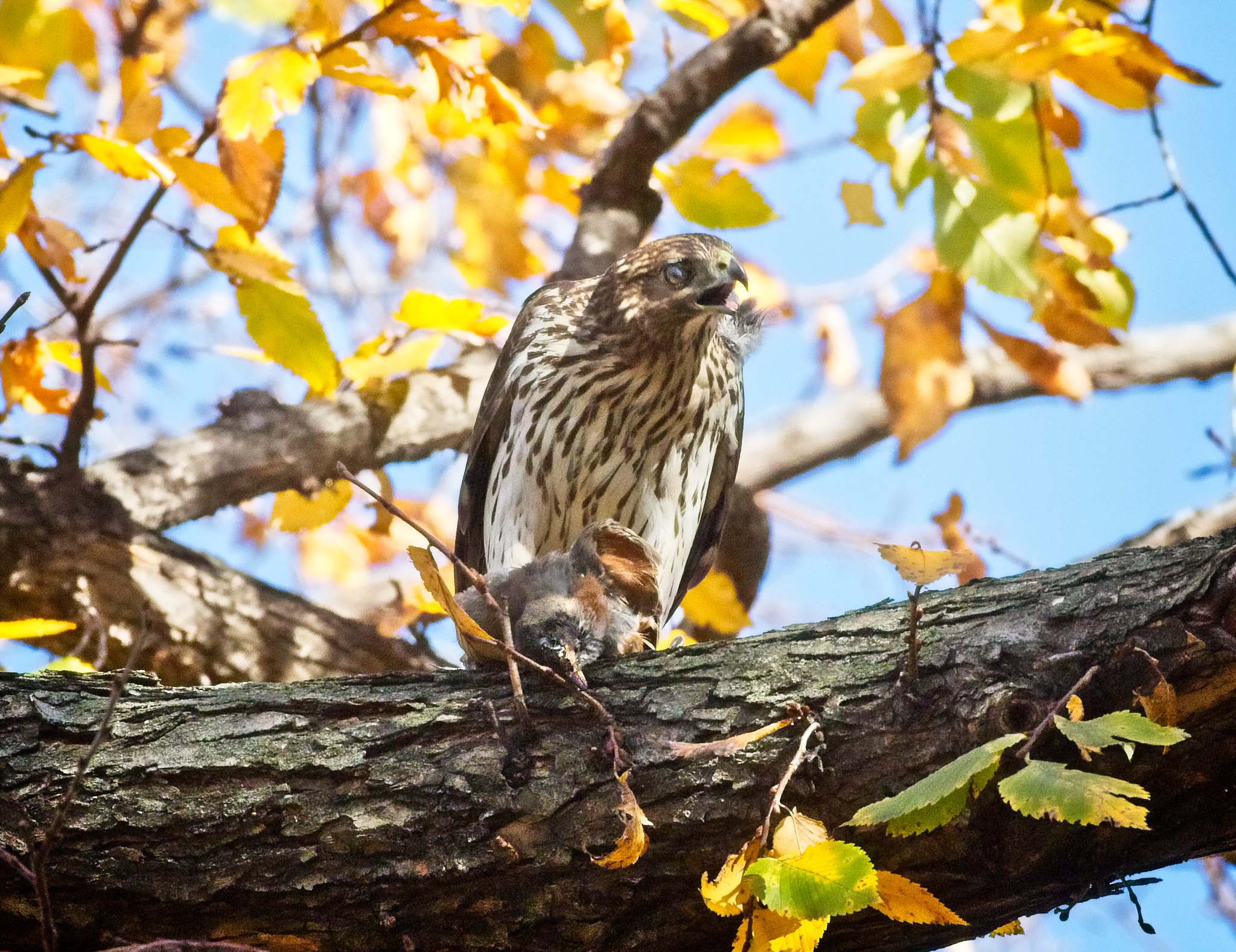 But the Cooper's hawk didn't get a chance to tuck into its meal before red-tailed Amelia came swooping in with a scream. 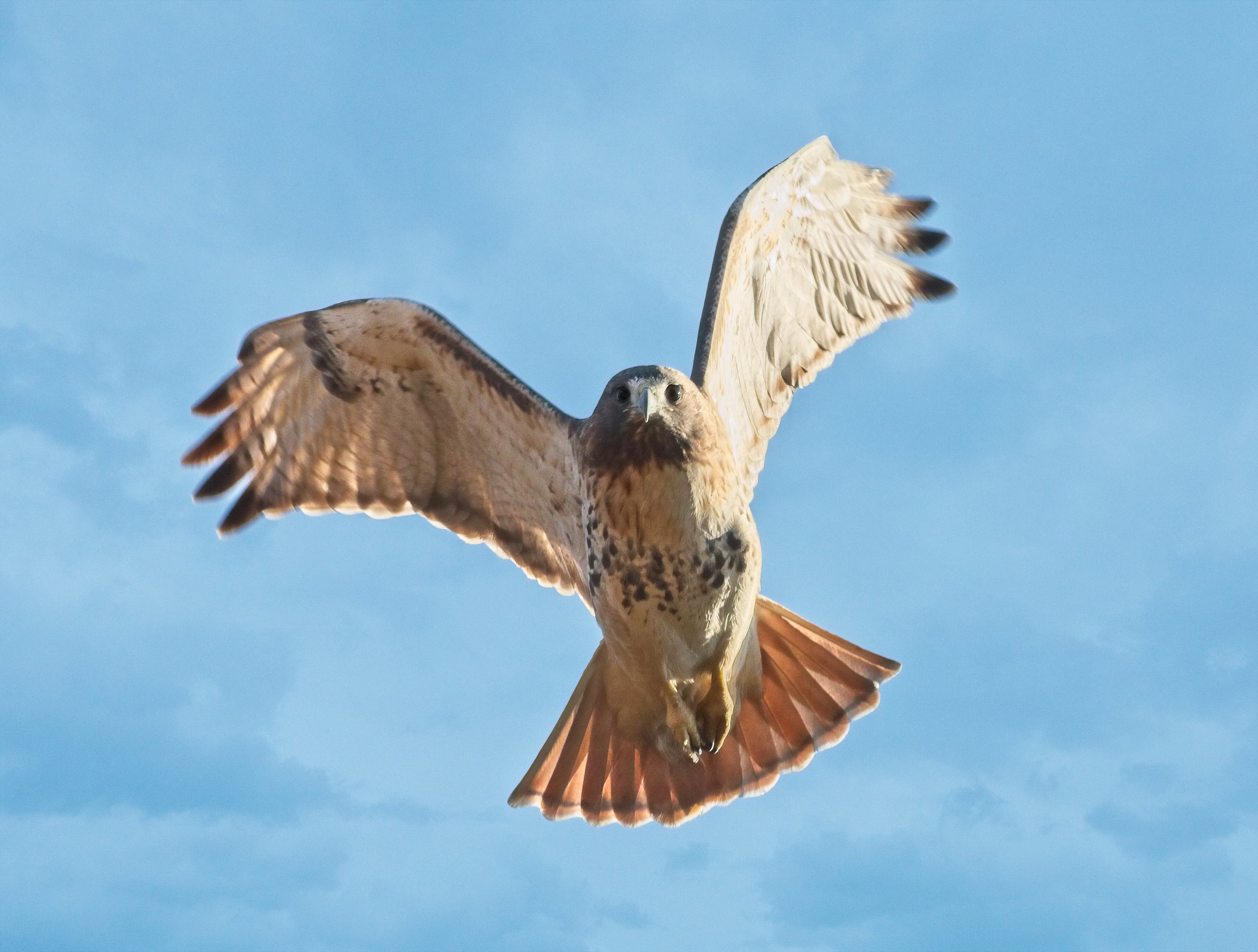 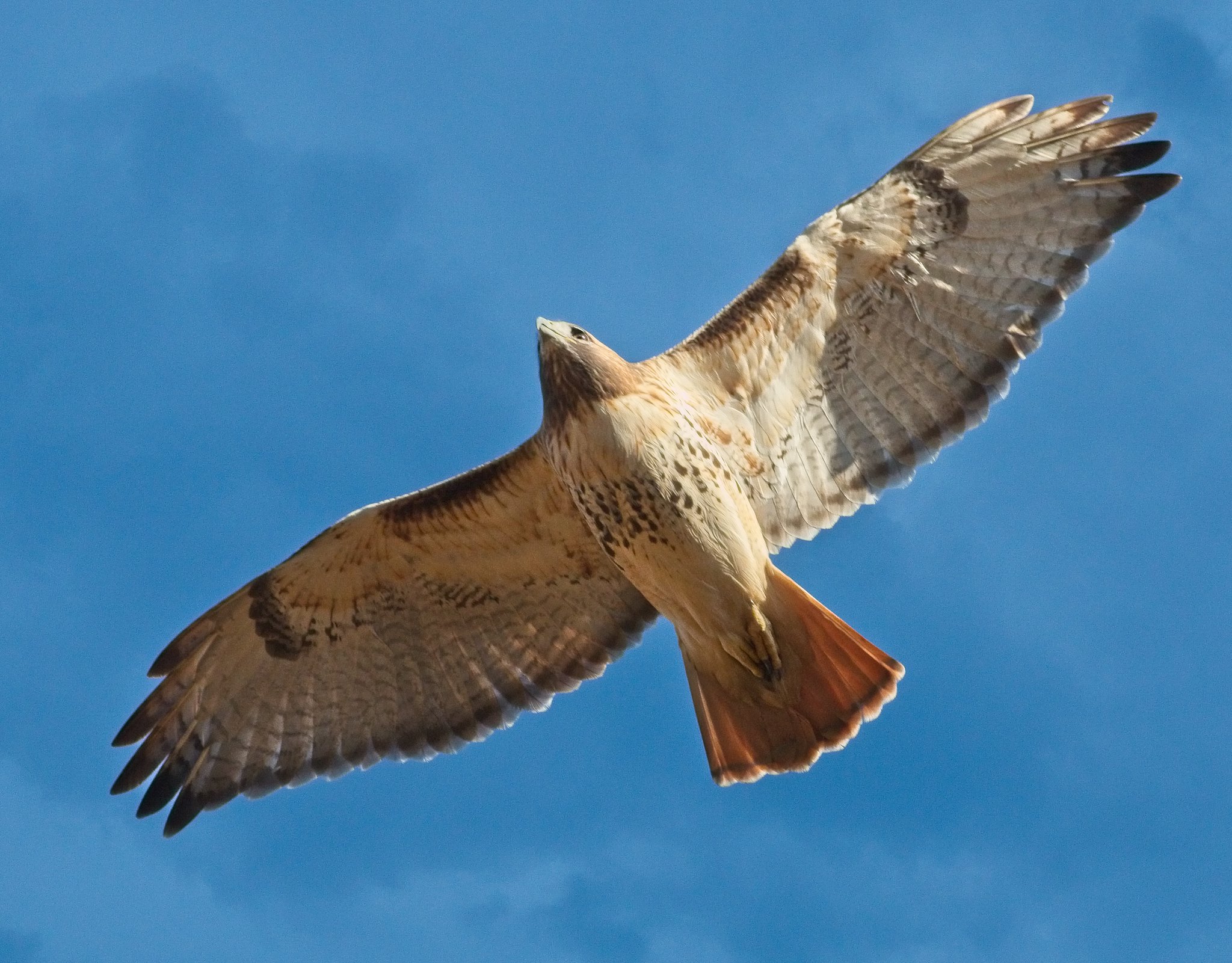 Christo joined her in chasing the Cooper's out of their territory. Because of construction in the SE quadrant of the park, I was unable to follow them to see what happened next.

Meanwhile, I looked in on the state of the red-tailed hawk nest in the ginkgo tree on the east side of the park.  There is an assemblage of sticks in the same location as last season, but I'm not sure whether or not the hawks will decided to use the same spot this year. 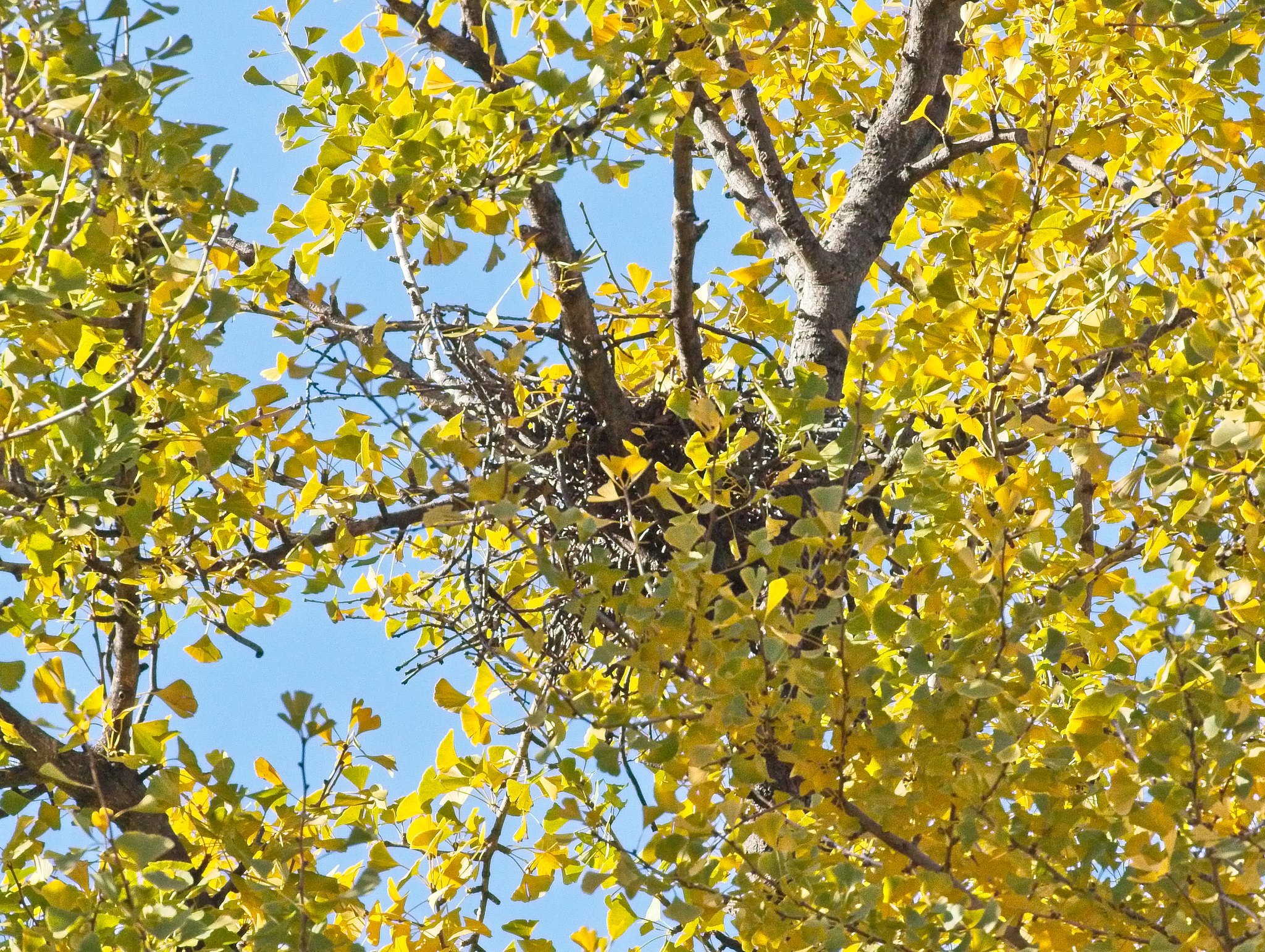 The nest tree is within the fenced-off area of the park where construction crews are rebuilding the Avenue B and 7th Street playgrounds. So far, the human activity doesn't seem to be preventing the hawks from going about their business.