Dora update: living well with a new guy at WINORR

We've heard from the folks at Wildlife in Need of Rescue and Rehabilitation (WINORR) that our lovely Dora is doing well and has a new mate, a handsome young male red-tailed hawk named Winston.

Here is the couple pictured below, with Dora on the left and Winston on the right. All the photos are courtesy of Bobby Horvath. 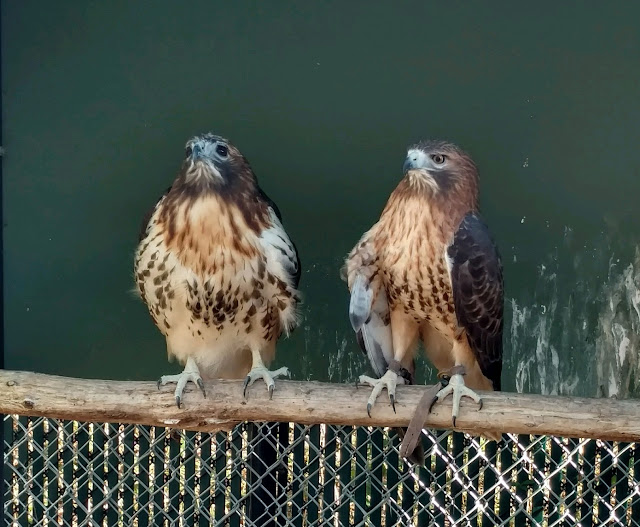 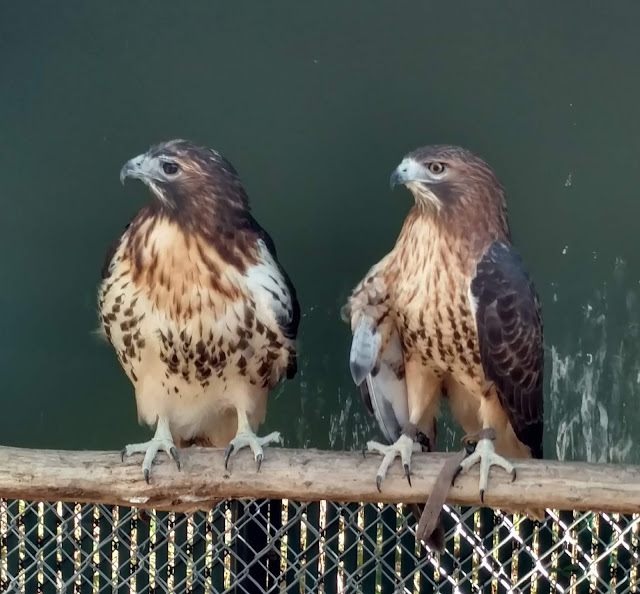 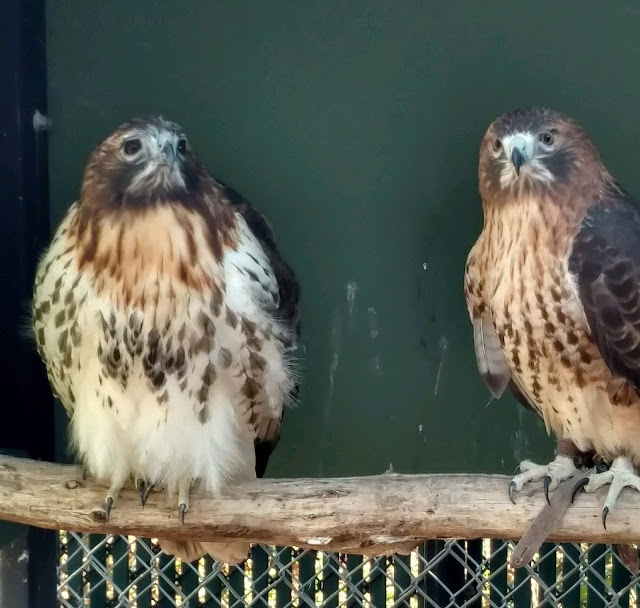 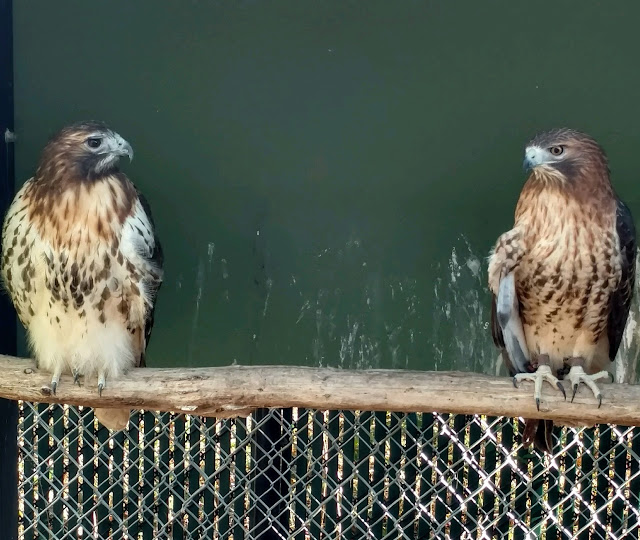 Dora was taken to WINORR on April 4 after being unable to fly back up to her nest in Tompkins Square Park. She had suffered a wing injury and, although did not have any broken bones, sustained damage that left her unable to function properly in the wild. It is not known if she will ever be released, but we can say for certain she will not be returning to Tompkins Square Park.

It looks like Dora is happy hanging out with Winston, who also has a wing injury that keeps him from being unable to live in the wild. The two have bonded and I'm glad the drama of the last year has had a positive conclusion.

Bobby and Cathy Horvath take care of Dora, Winston and many more injured birds and animals out of the kindness of their hearts. They receive no funding for all their hard work, so please consider making a donation to their cause.