I was worried about Dora last night as the wind and rain raged, concerned she might be blown off the nest, but our hawks are rugged and fared just fine.

Just before sunset tonight, I caught up with Christo who was hunting for an evening meal.  His habit lately is to sit atop the flag pole outside the bathrooms in Tompkins Square, where he can see prey in the garden.  Tonight, he caught a sparrow. 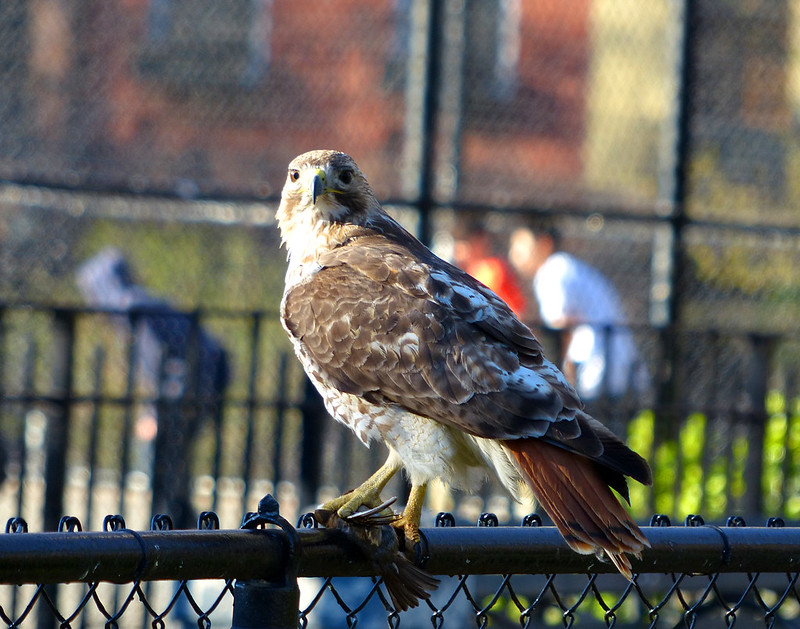 I'm not sure if that was his primary target as he ran around under the bushes for several seconds before catching it.  He then carried it off... 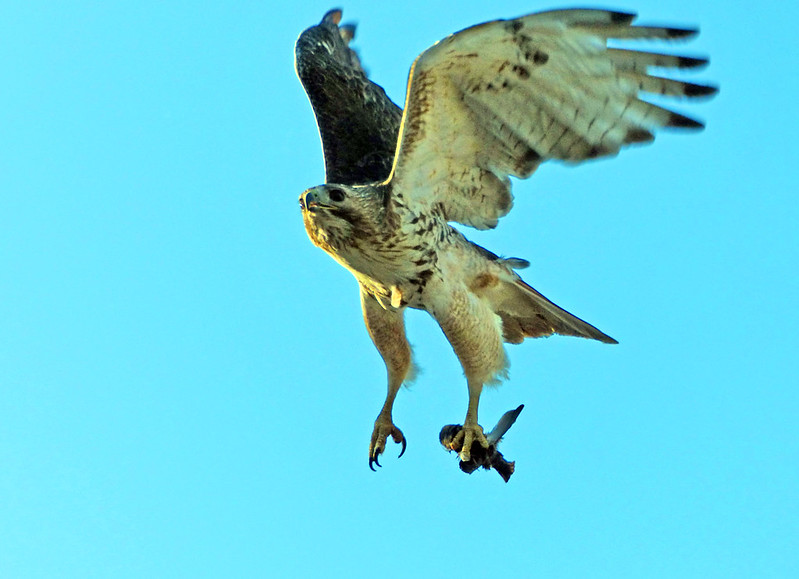 ...to the nest where he passed it off to Dora and he took over nest duties. 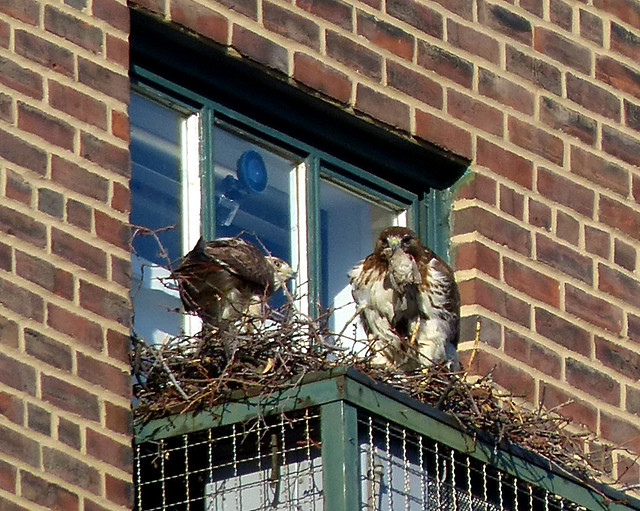 She took the sparrow to a nearby tree where she ripped off the head and ate it in two bites. 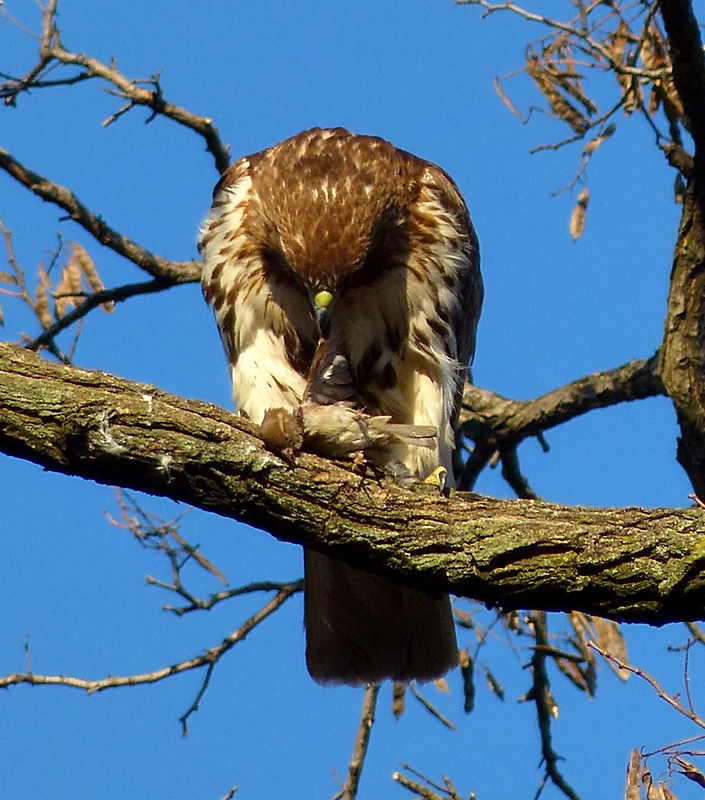 I had a photo of the bird's head, but it was too horrible ot post, so here are the feet... 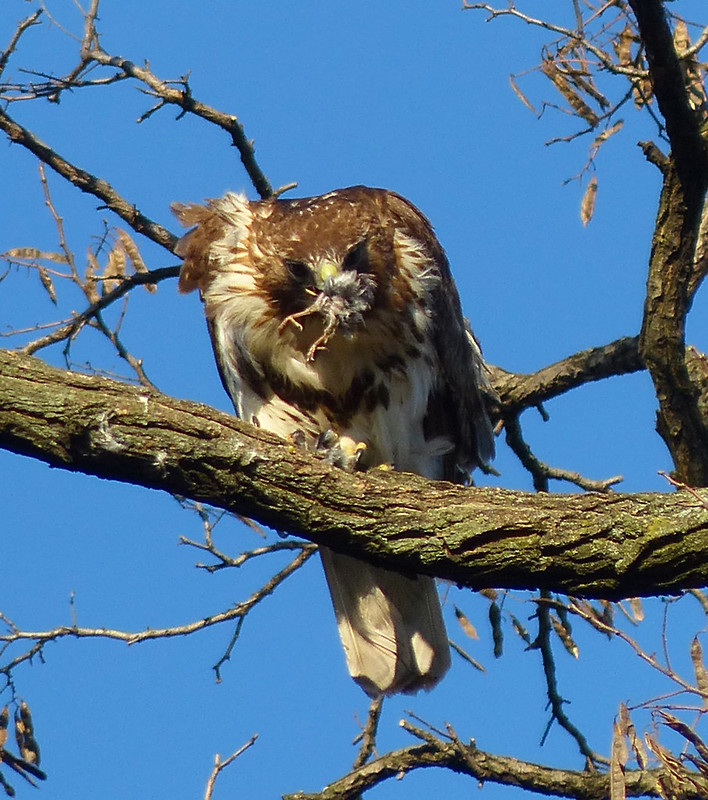 Then Dora went exploring!  She spent some time flying around CHARAS on 9th Street... 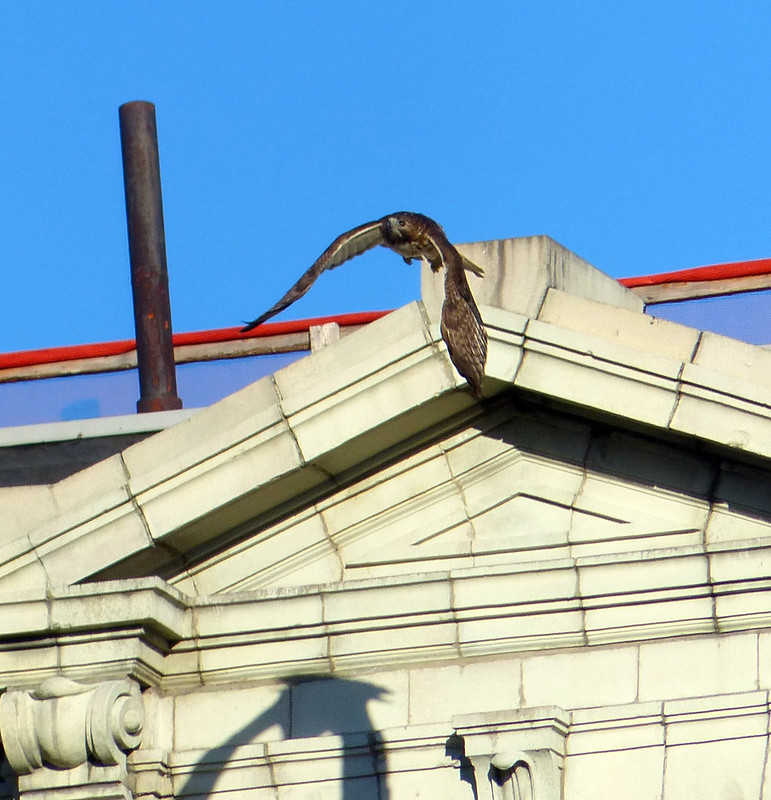 And visited a neighbor's air conditioner at the Christodora. 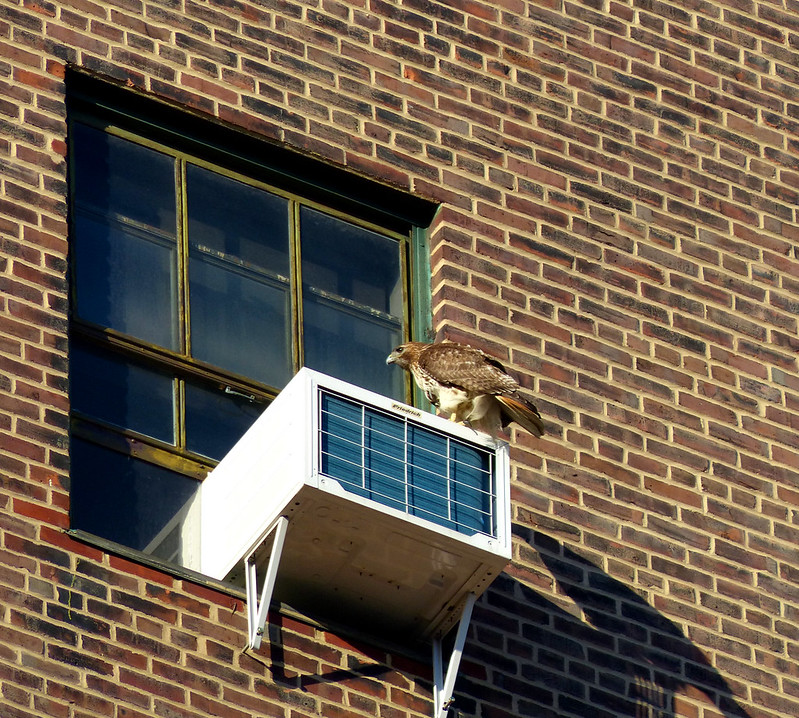 After she'd stretched her wings, Dora returned to the nest and Christo took off to the park. 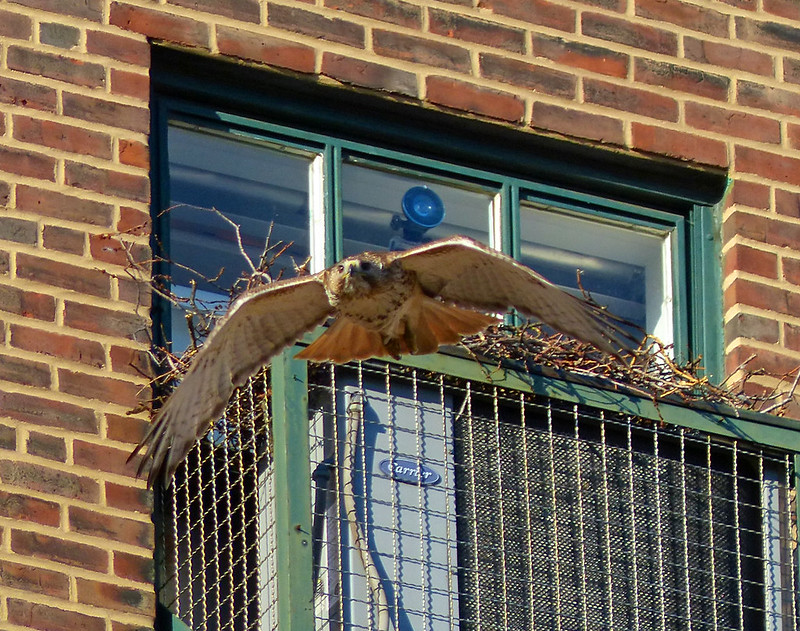 He landed in a tree directly above a film crew.  The actors kept shouting, "Drop your weapon!" and I wanted to follow and get a shot with the bird right above the scene, but the movie police were out in force and I couldn't access the entire south end of the park.