As I posted earlier this evening, the first of the three Tompkins Square hawklets fledged at 8:08pm today.  It was a very windy evening and there wasn't too much activity at the nest, so I was getting ready to leave when one of the young hawks climbed to the upper part of the ginkgo tree, as noted in my post from yesterday.  I can't be certain that this is the same hawk that fledged today, but it went to the very same spot in tree at the same time of day, so I'm inclined to think it's the same individual.

A small crowd gathered to watch the hawk as it posed in the very last of the setting sun.  Then it gave us this look.

You are about to be amazed! 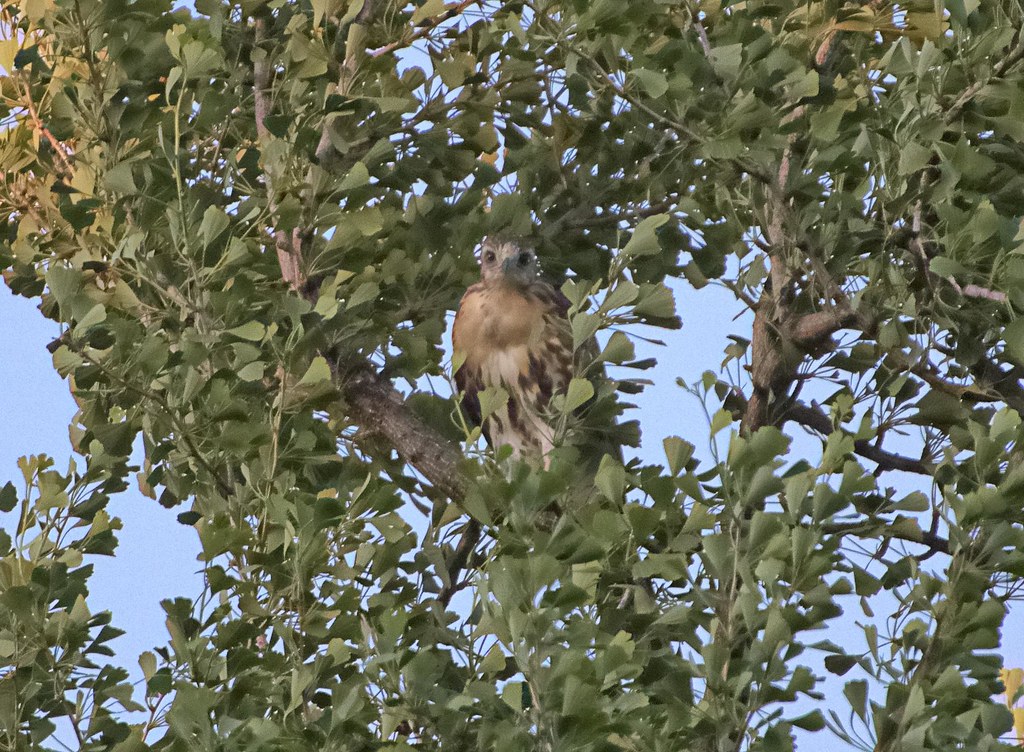 The wind was really gusty and the hawk struggled to keep its balance, but it had a really determined look. 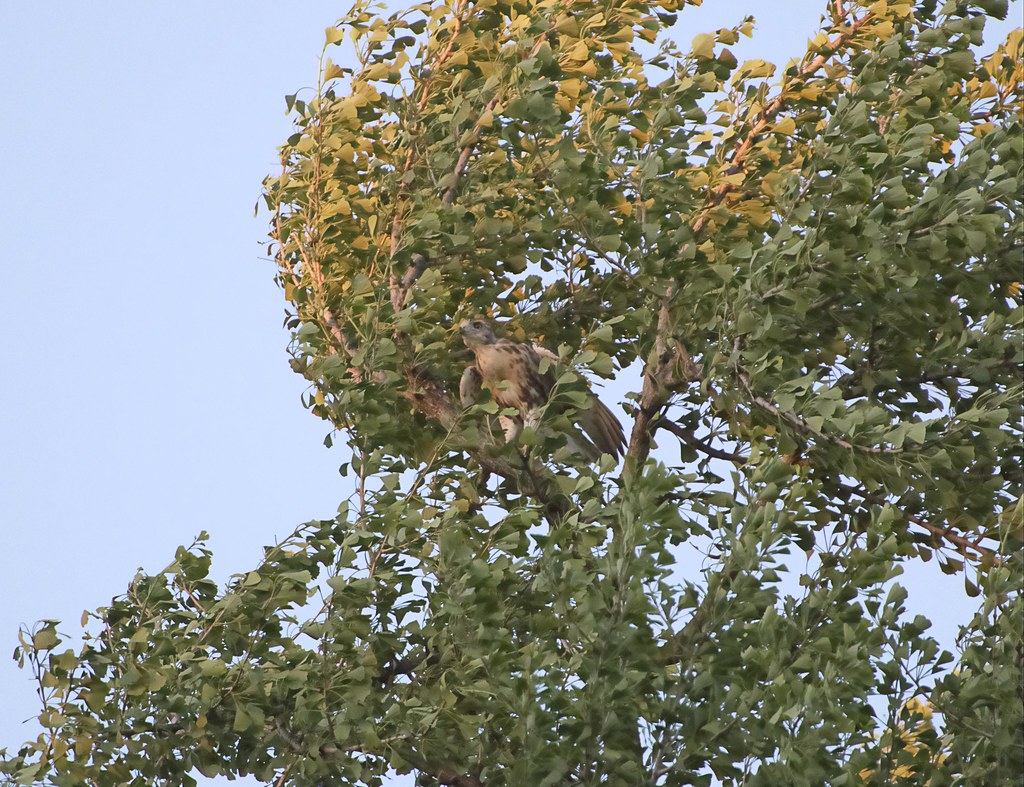 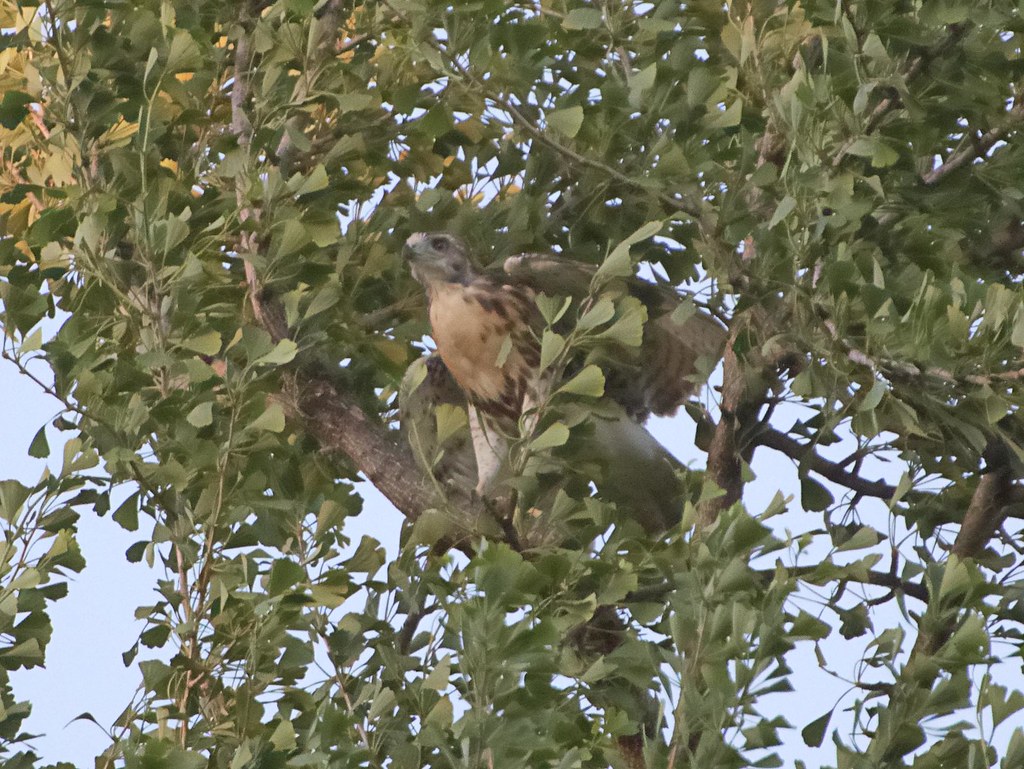 Then it was up! 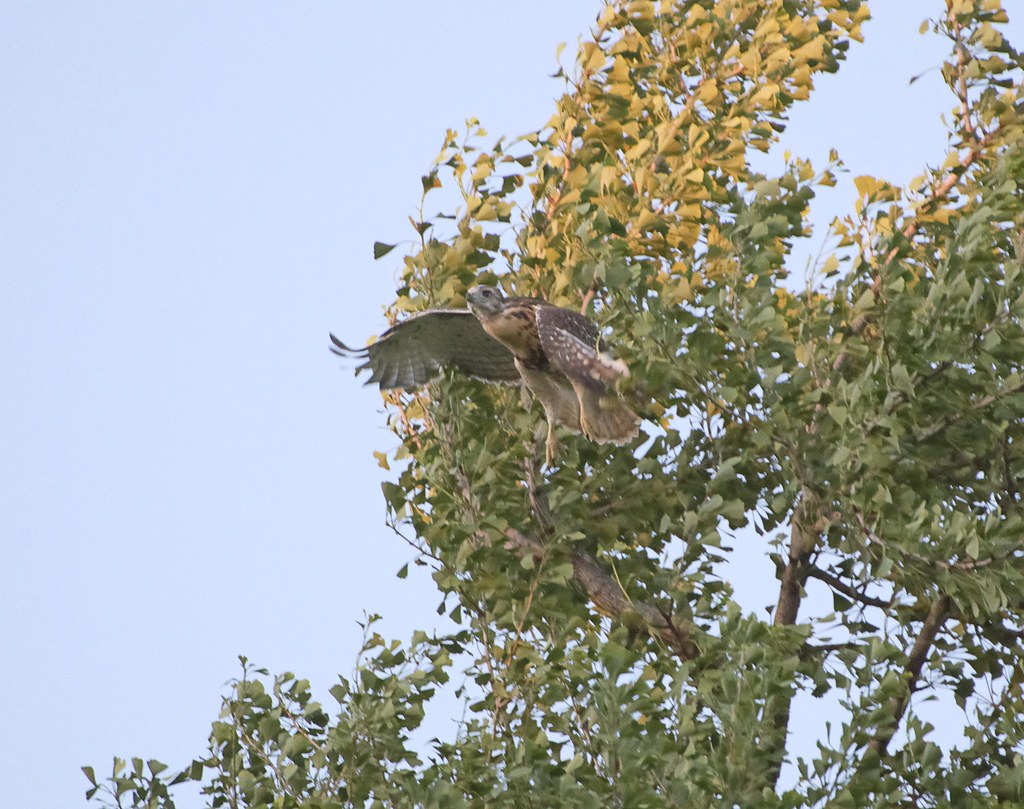 The crowd below let out a collective cheer as the hawk flapped west across the path, towards a tall tree. 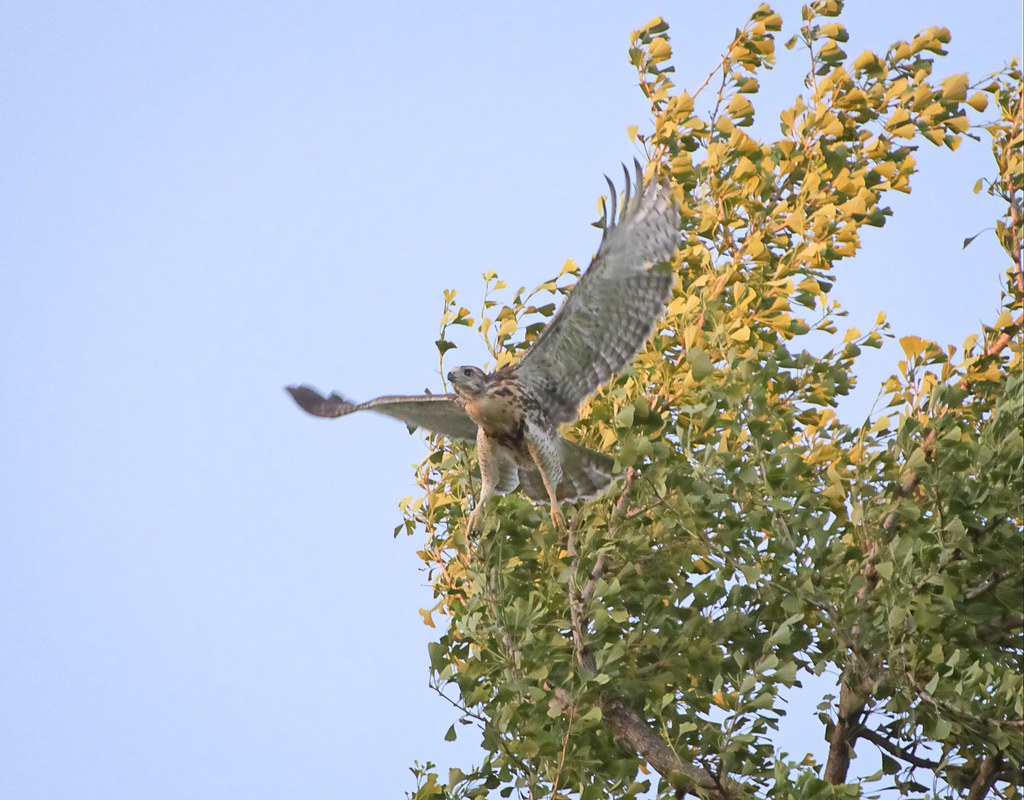 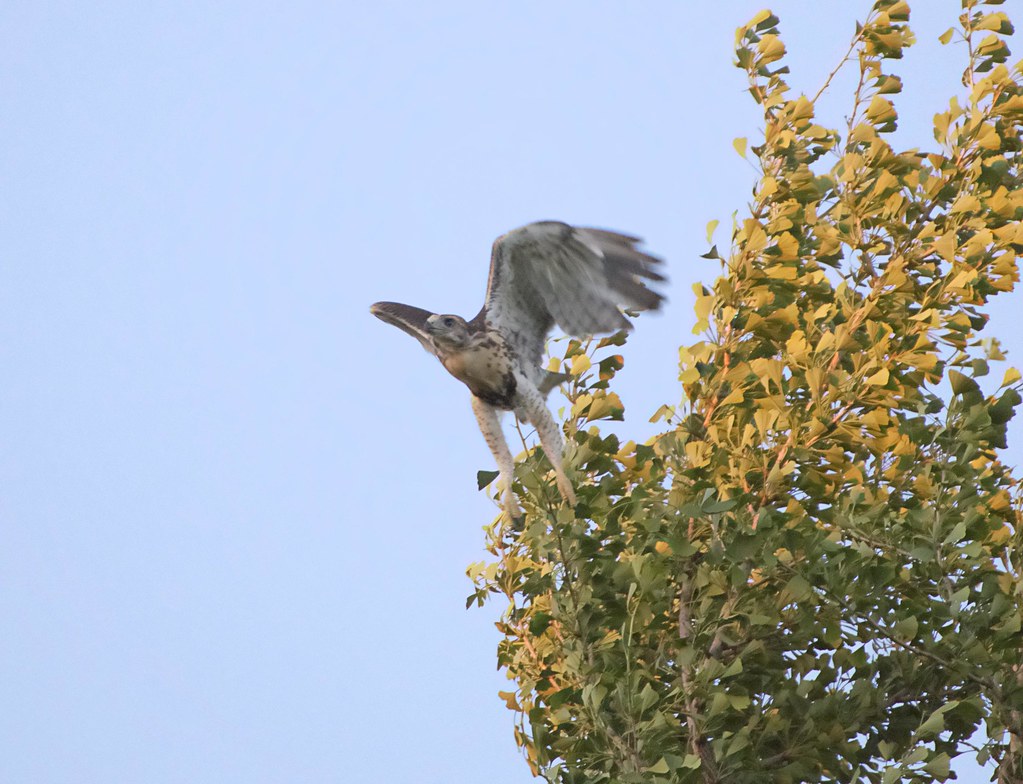 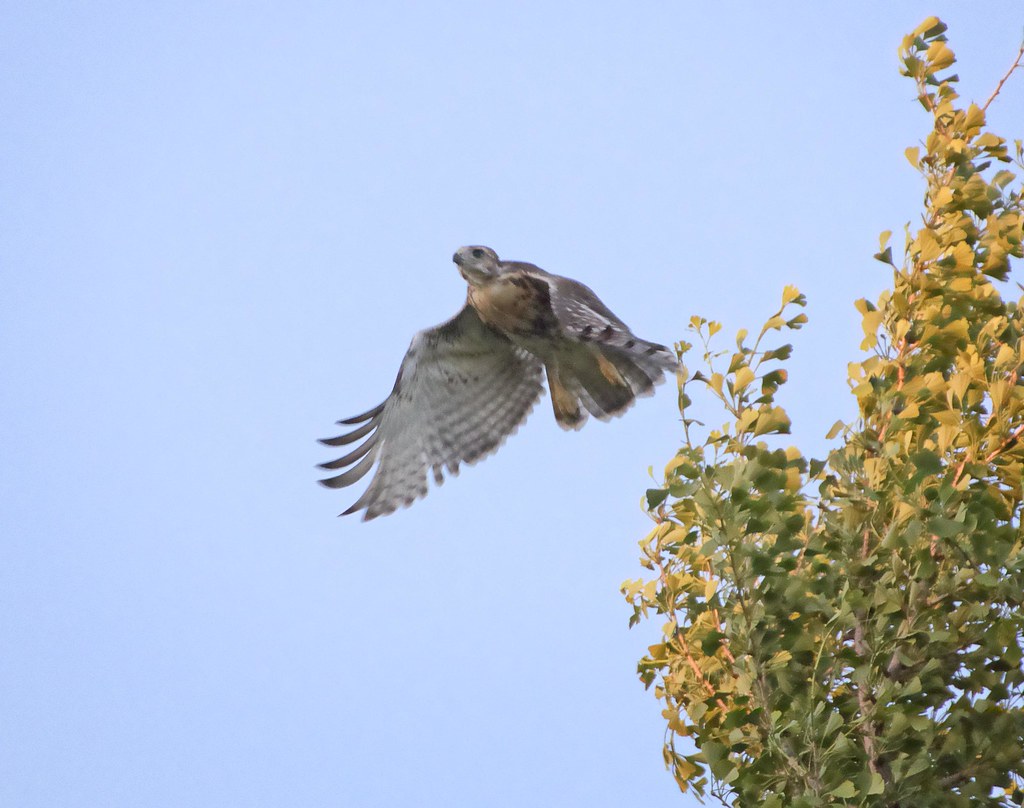 Urban Hawks has some great video of the moment of take-off.

The hawk landed in the large willow oak on the east side of the semi-circle.  As the wind gusted, the hawk climbed around the inner branches and did a bit more flapping.  After a few minutes, it left the tree and headed west straight into the Krishna tree where it rested in the upper branches.  By this time, it was getting pretty dark, but dad Christo flew past, so he was aware of the fledgling's location.  Christo will now feed the kid and teach it to hunt for itself.

This is only the second hawk fledge I've been lucky enough to witness.  The first was last year when Christo and Dora nested on the Ageloff Towers on Avenue A.  That hawk also had a certain look in its eye before it took the big leap.

The remaining two hawklets could fledge at any time, so this should be a fun weekend in Tompkins Square.
Posted by Laura Goggin Photography at 10:54 PM