Over the last several days, I've been able to catch up with Christo and Dora in Tompkins Square, but it's been mostly after sunset.  I've lightened up all the photos below as they were shot in near darkness. 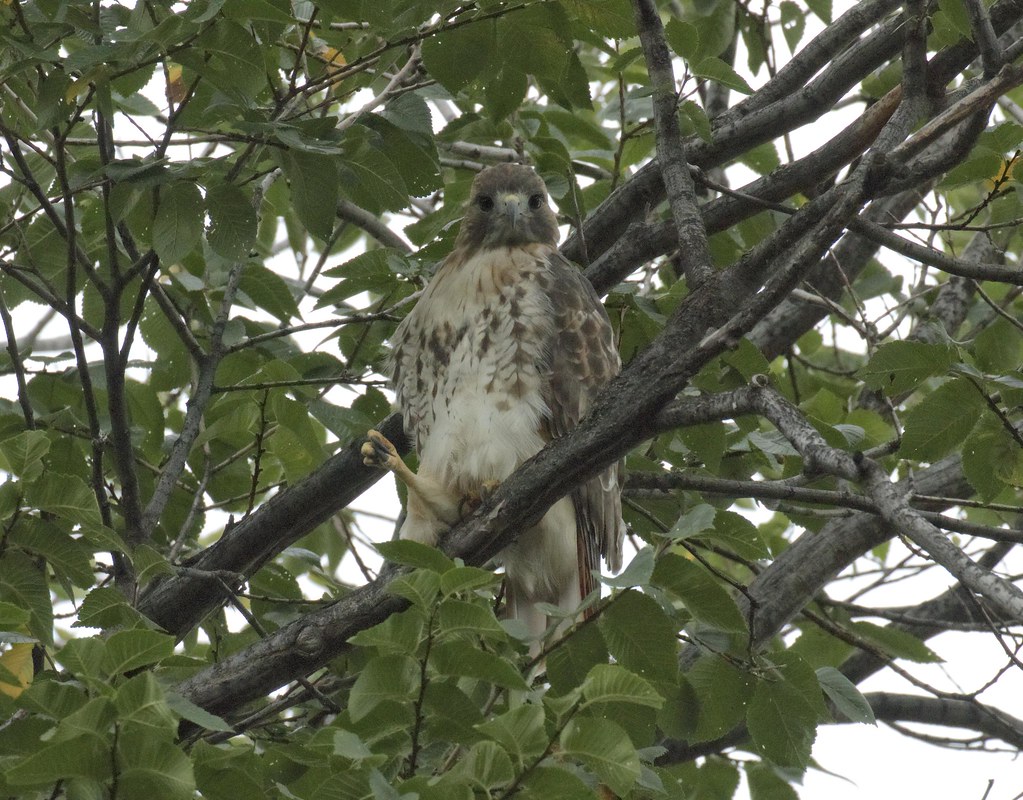 That's when Christo goes hunting for dinner.  This is not the first time I've seen him hunting so late - almost two years ago, I caught him getting a late-night snack near the chess tables. 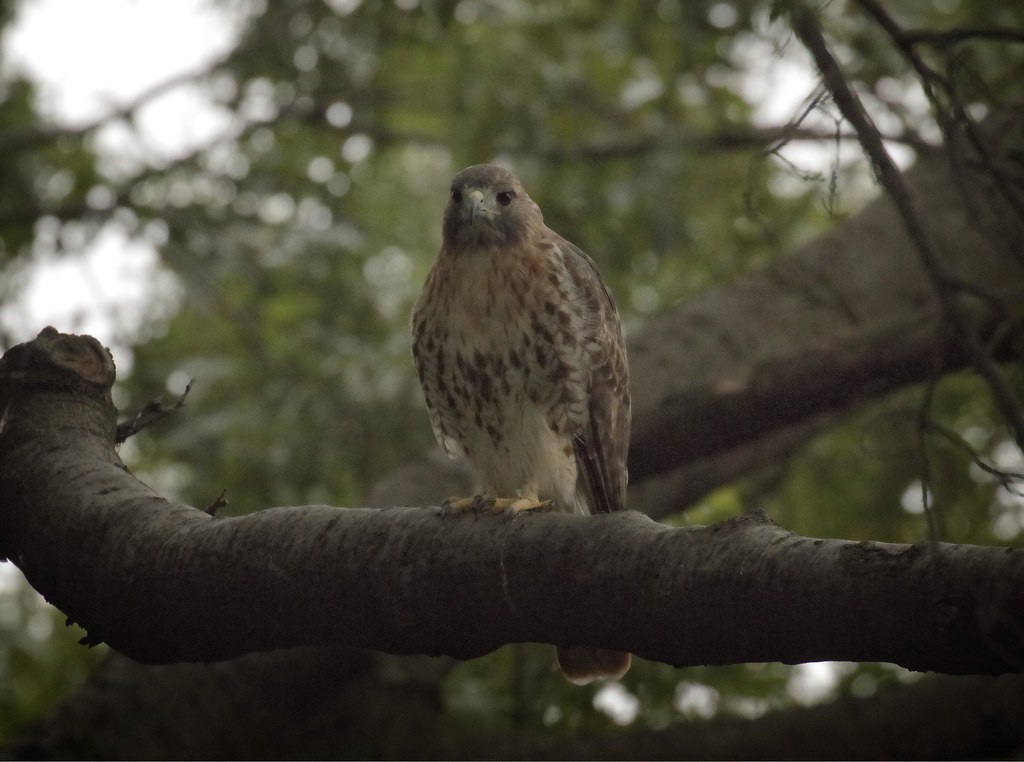 Christo on the prowl.

One night, he flew into a tree just in time for me to see him chomping down on a squirrel leg. 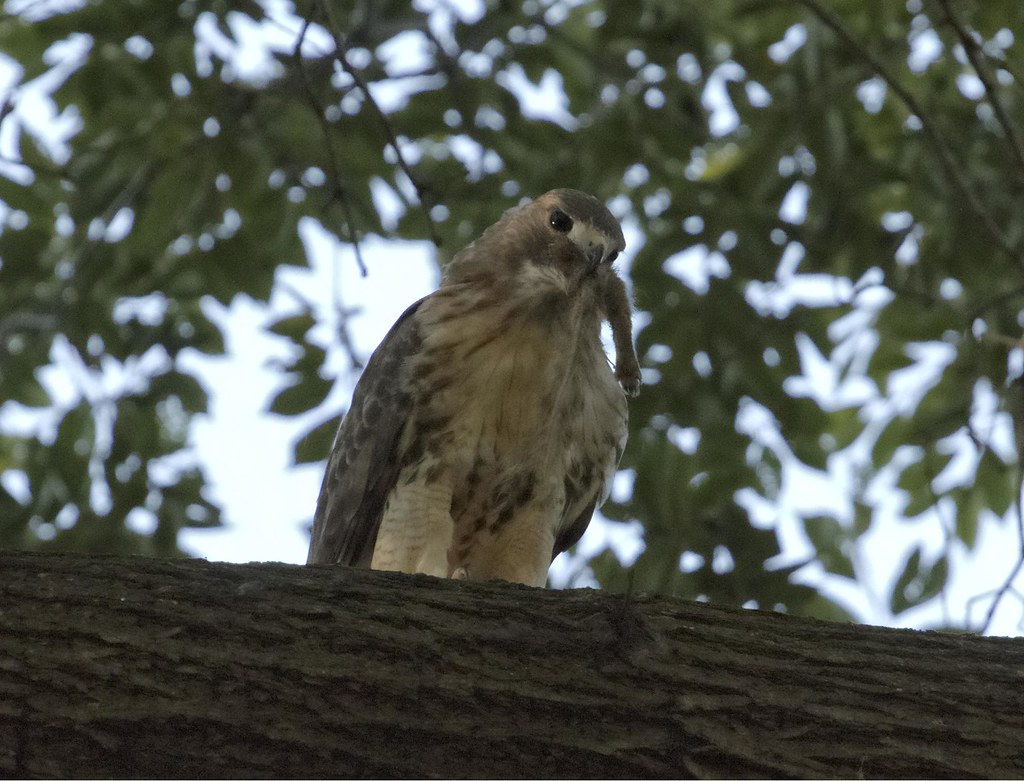 Note the tail of the prey which, at first, appears to be a bare rat tail.  If you look closely, you can see it is covered with long hairs.  I didn't see Christo catch the squirrel, but when I've seen him do it in the past, the first thing he does is scrape the fur off the tail. 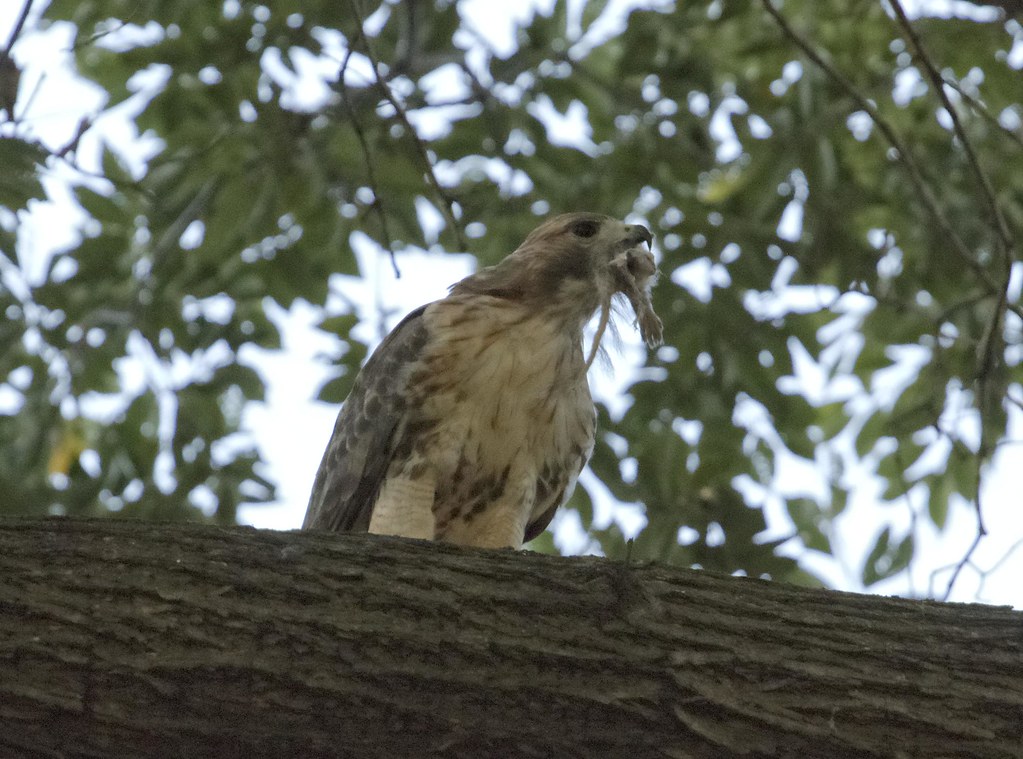 Another evening, another hunting mission... 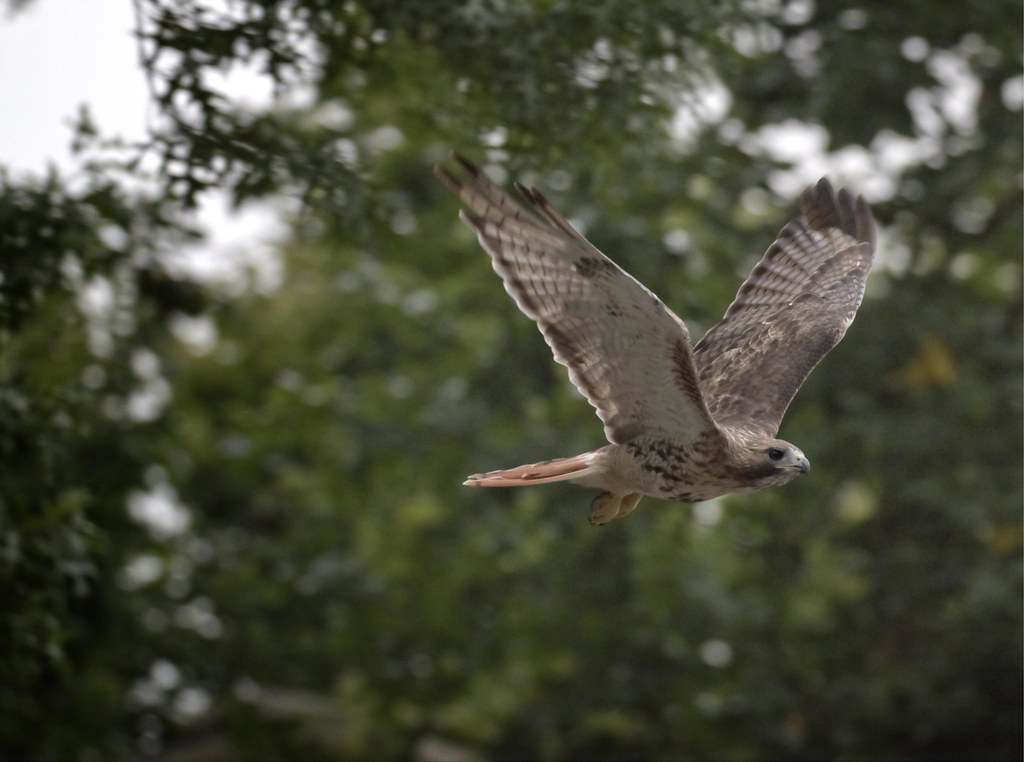 This time Christo caught a mouse.  The meal was so small, he downed it in about two bites, then continued hunting. 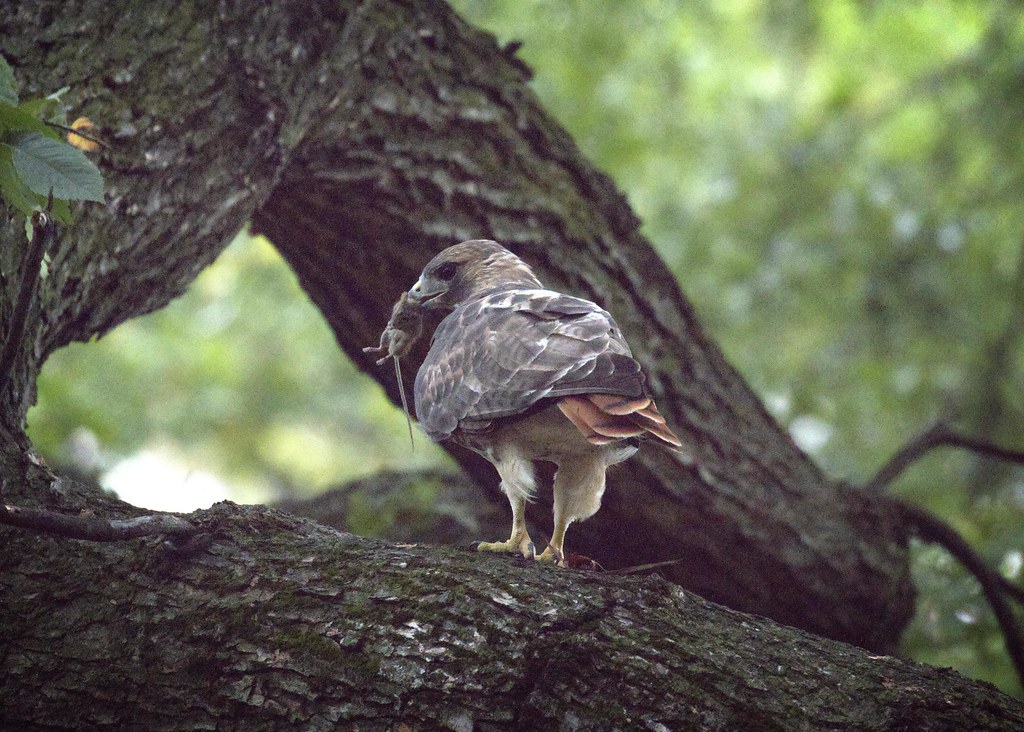 After a few minutes, he caught another mouse, but that still wasn't enough!  The third course was a rat. 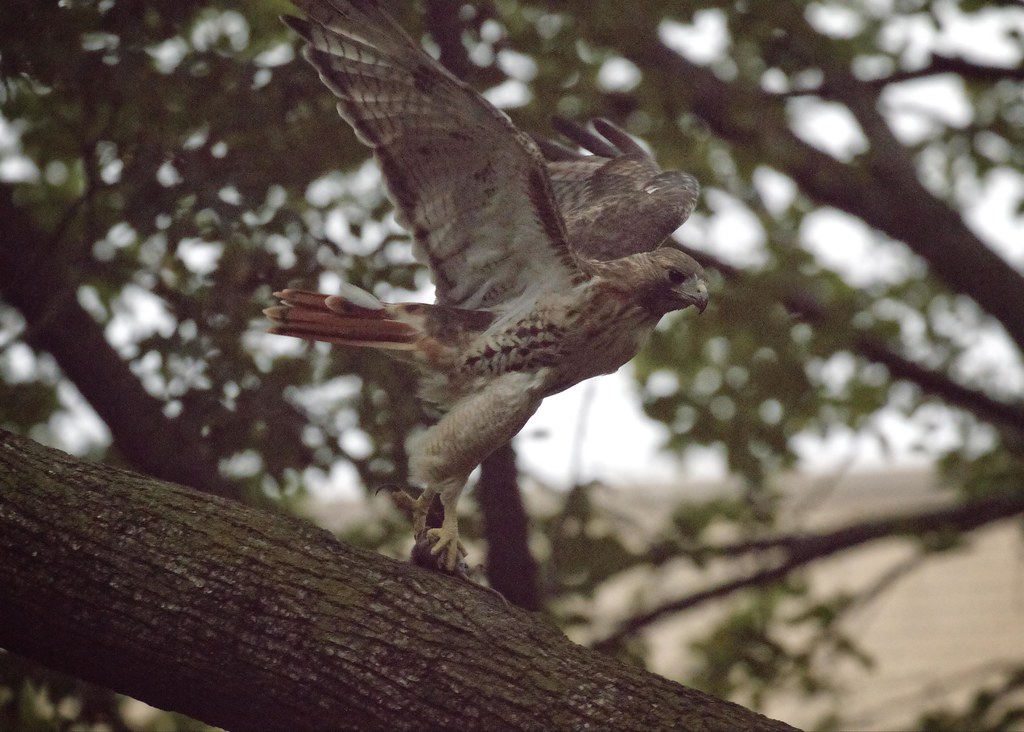 Christo caught two mice and a rat in the span of 10-15 minutes after dark.  Pretty amazing. 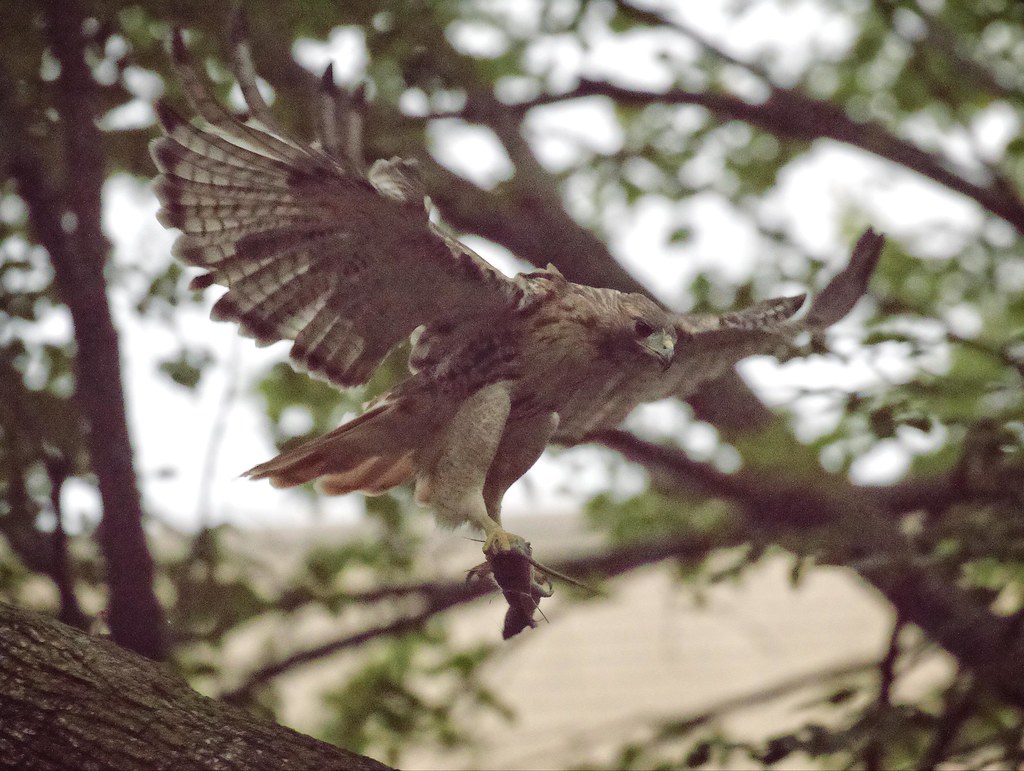 In the photo below, you can just barely make out a short tail feather that's growing in.  Christo started molting back in late July, and he still has yet to get all his new feathers.  He currently has 8.5 of 12 tail feathers. 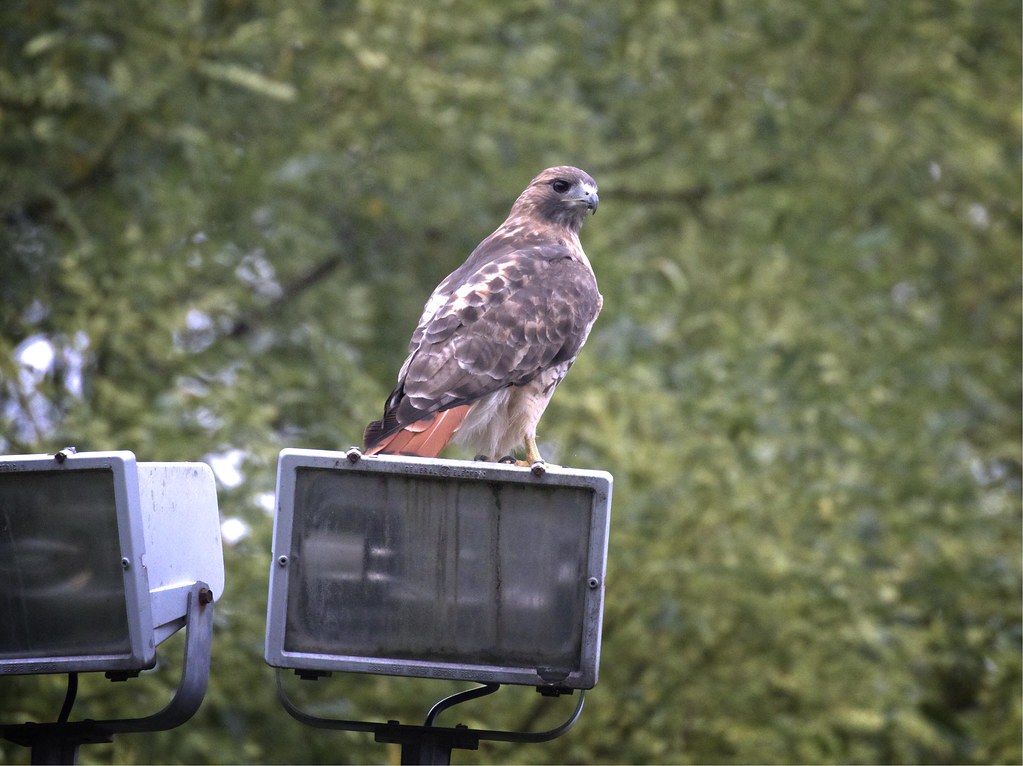 Meanwhile, Dora has been quietly lurking. 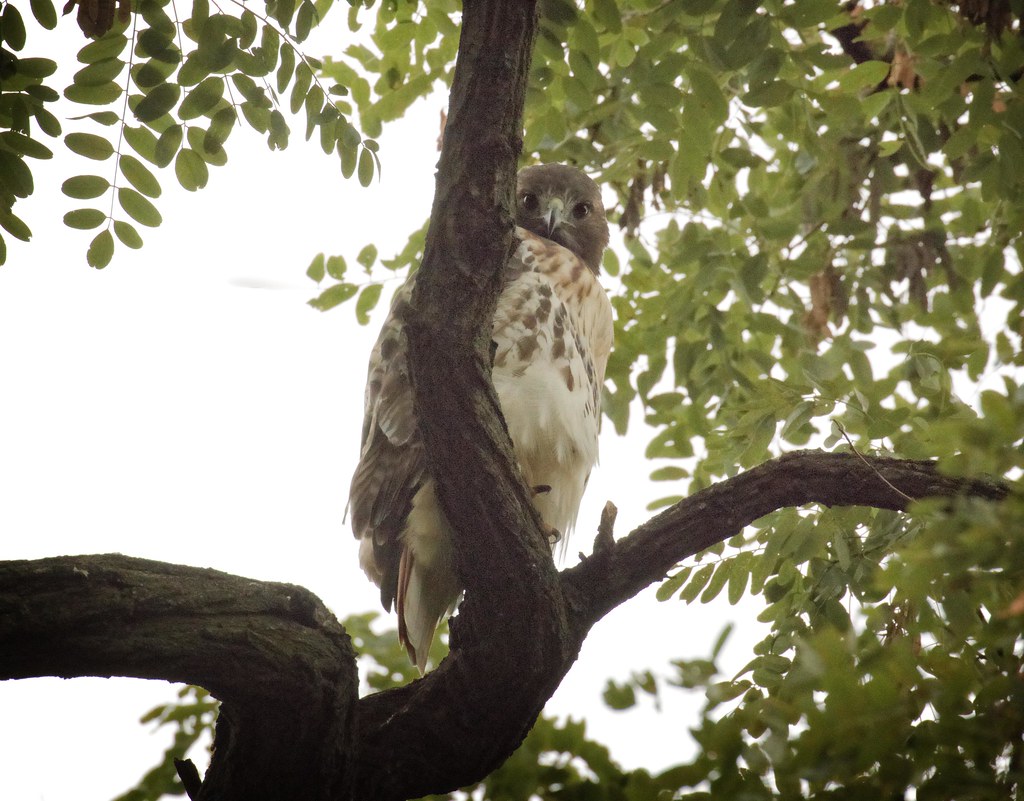 Back to Christo, who doesn't mind posing for admirers. 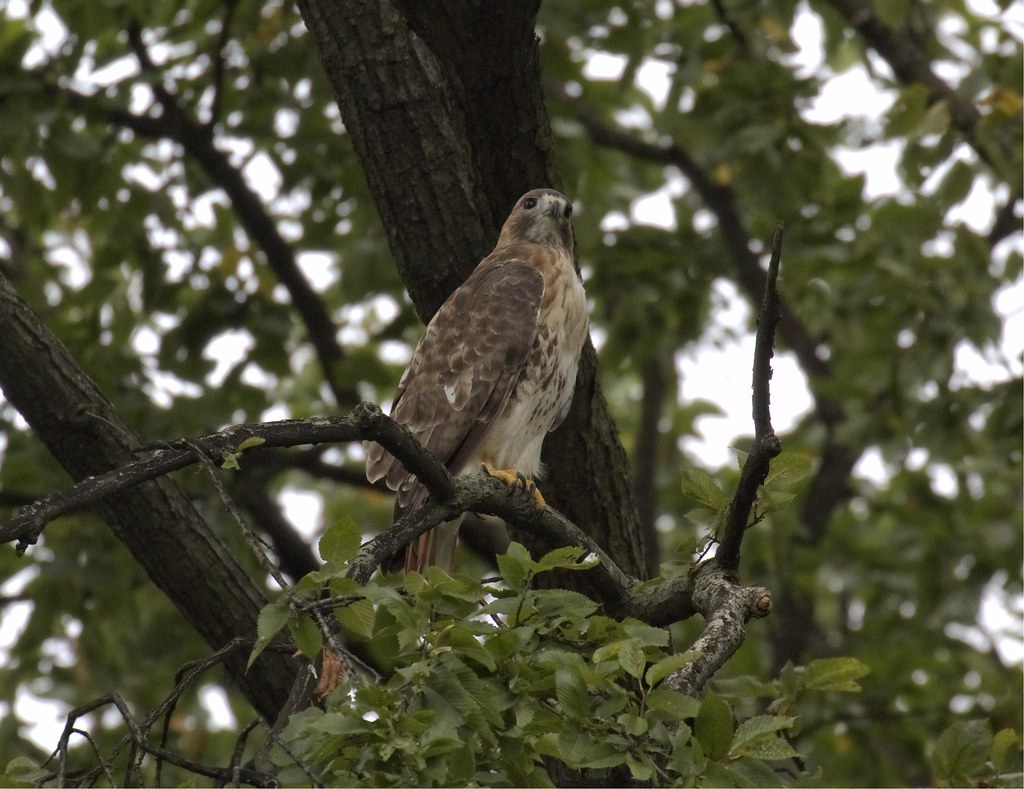 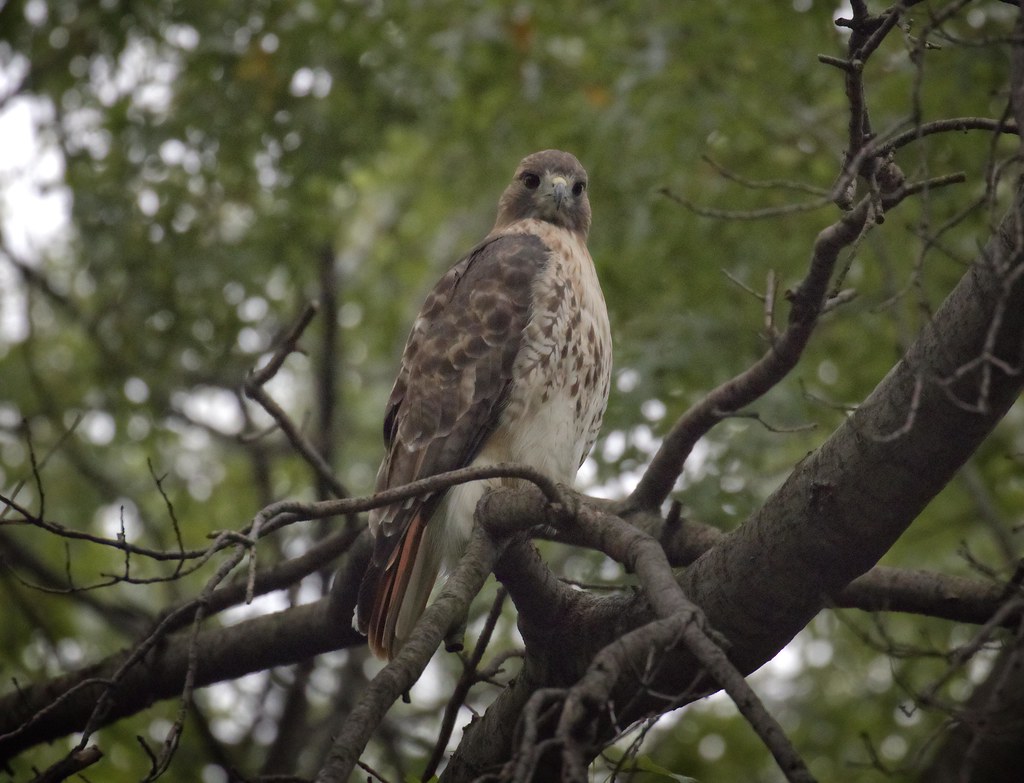 With a full crop, he flies off to roost for the night. 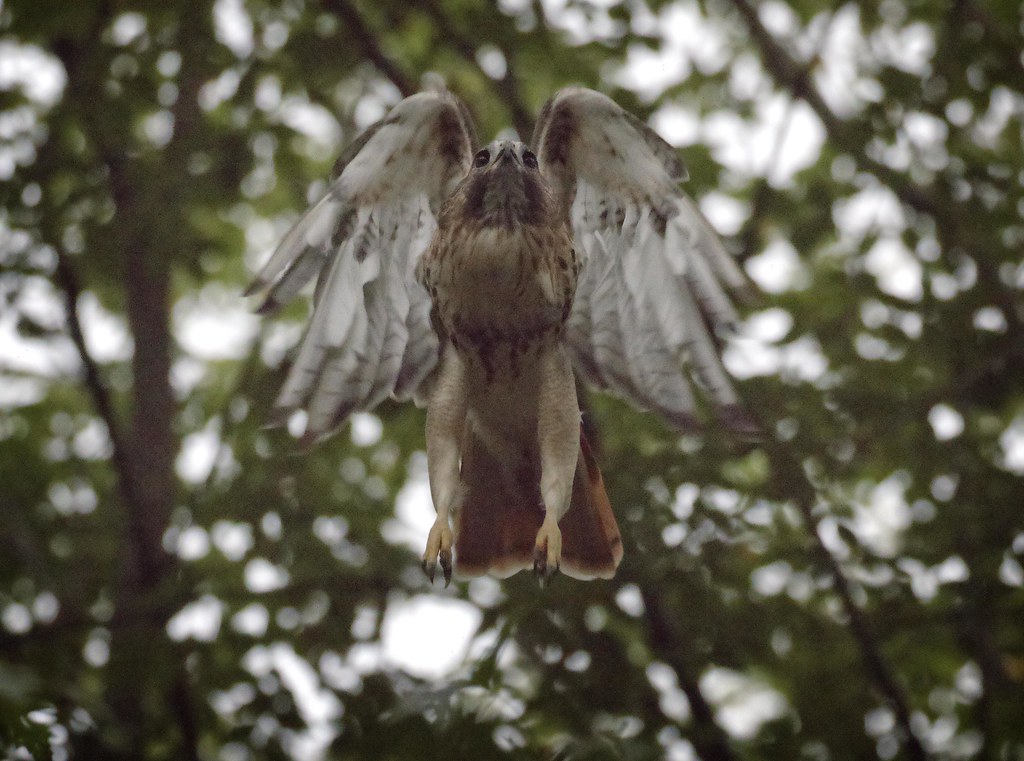