This week in Tompkins Square

It's been a busy week for Tompkins Square hawks, Christo and Dora.  They've been working on a second nest, and dealing with intruders who trespass in their territory.  Fellow hawk-watchers have seen at least two Cooper's hawks and a Sharp-shinned hawk in the park over the last several days.  I have spotted a juvenile red-tail in the area as well. 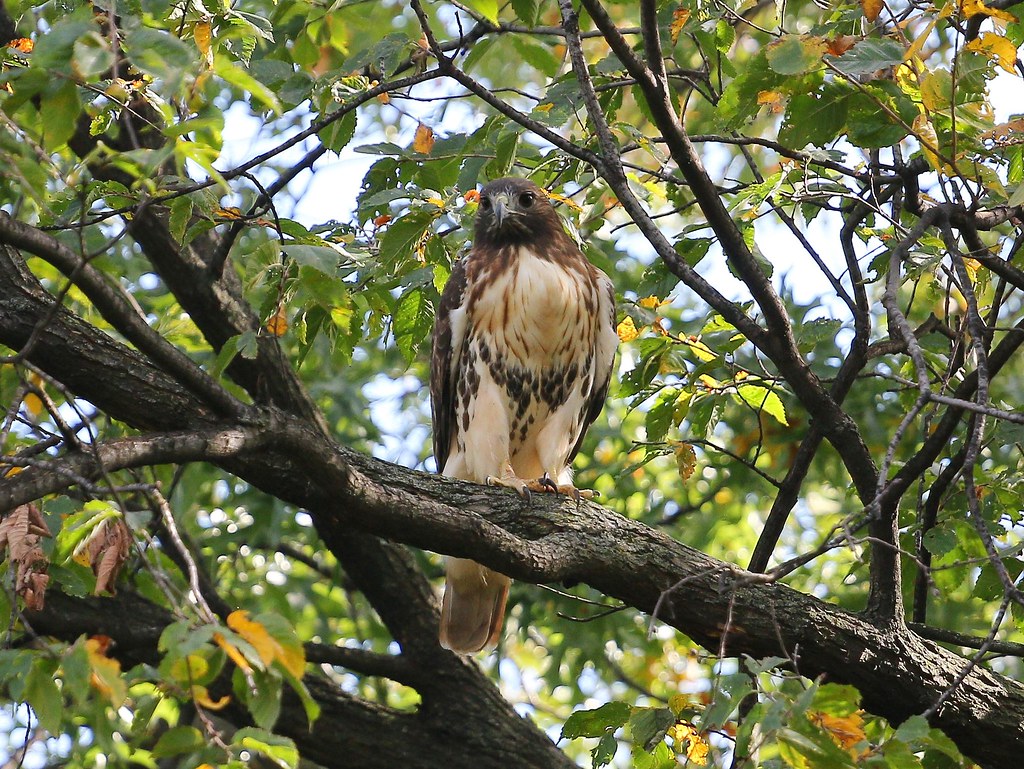 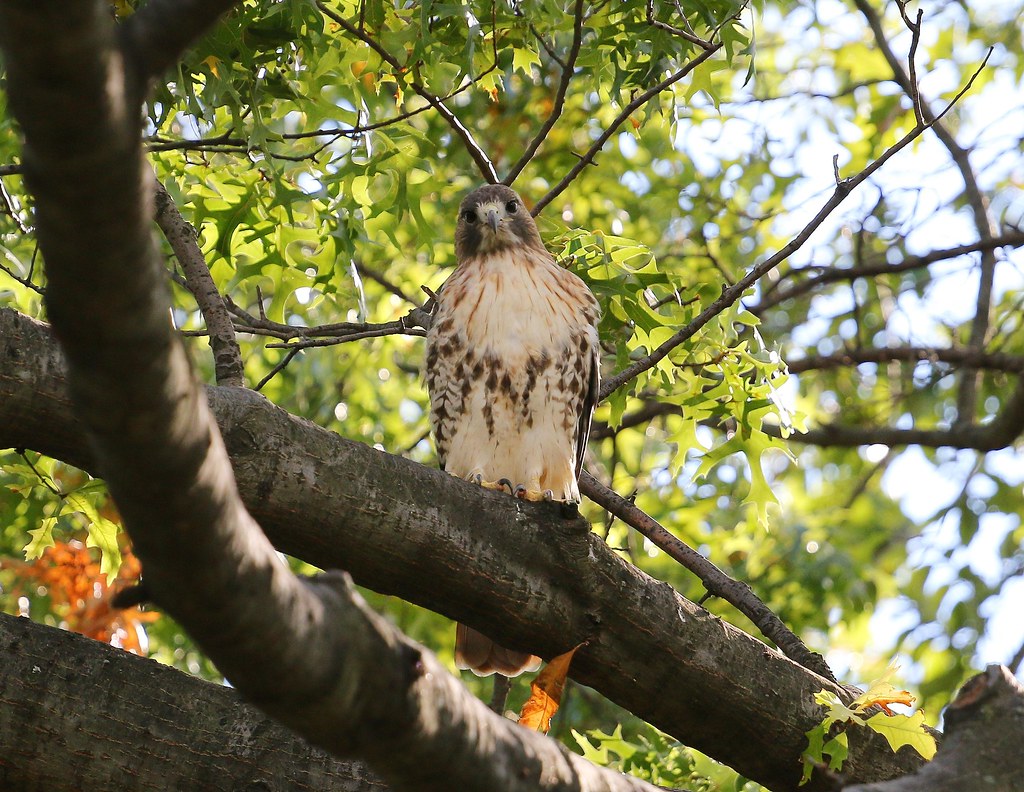 Here is how the new nest looks this week.  Both hawks still seem to be working on it. 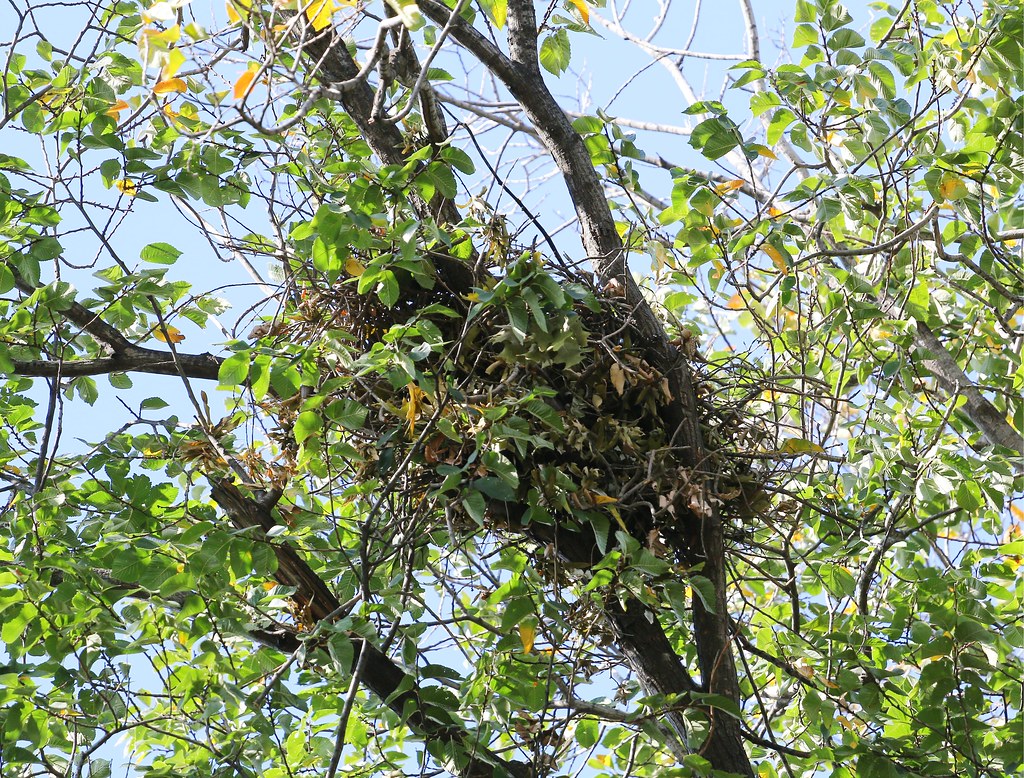 Sunday was very windy, and I caught Christo atop his namesake, the Christadora, allowing himself to be blown from one pole to another.  He went back and forth across the scaffolding several times.  I'm not sure if he was having trouble hanging on in the wind, or if he was just enjoying himself. 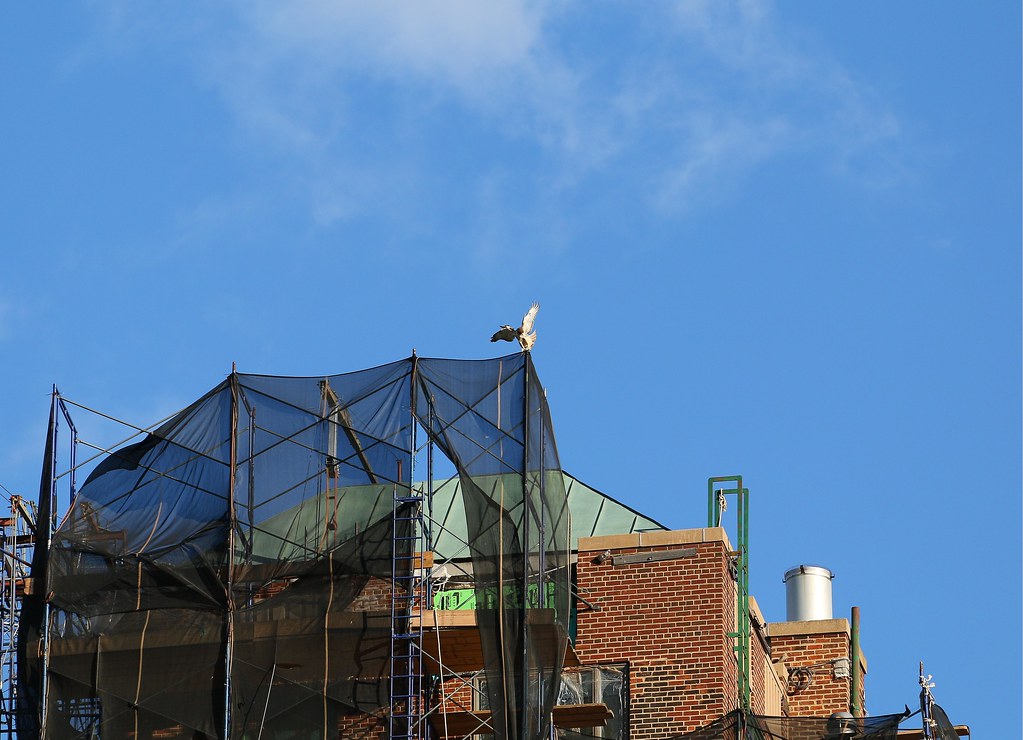 While Christo was fooling around on top of the building, this Peregrine falcon casually cruised low over the park.  There was no reaction from Christo. 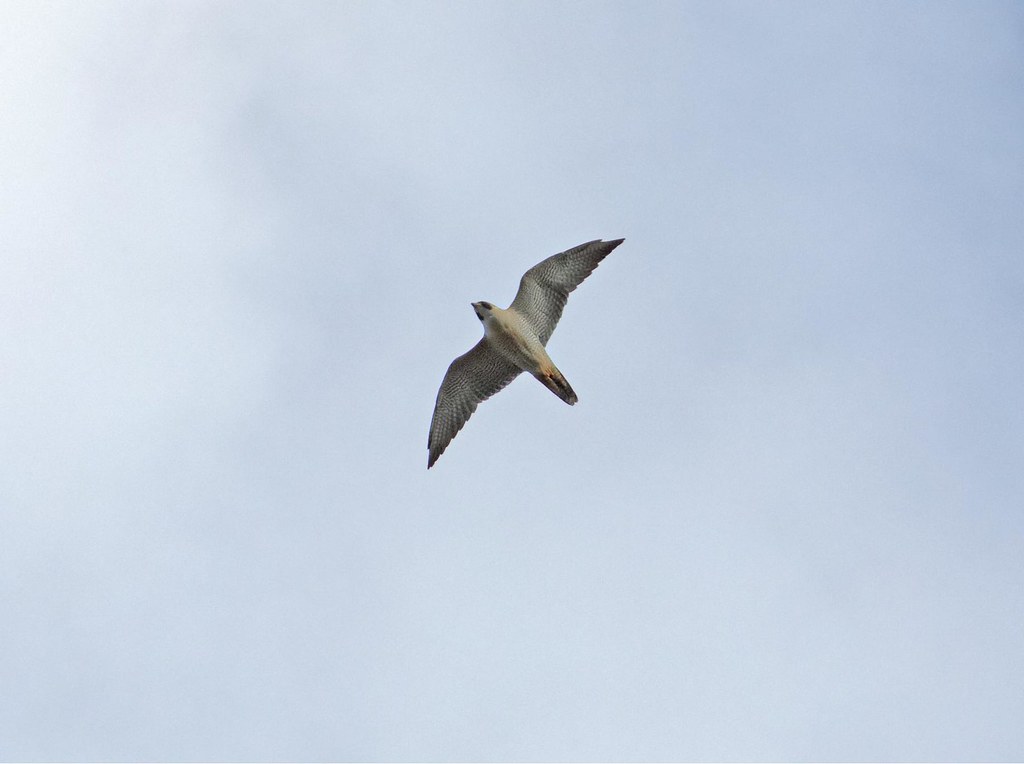 A short while later, Christo paid a visit to St Brigid's church. 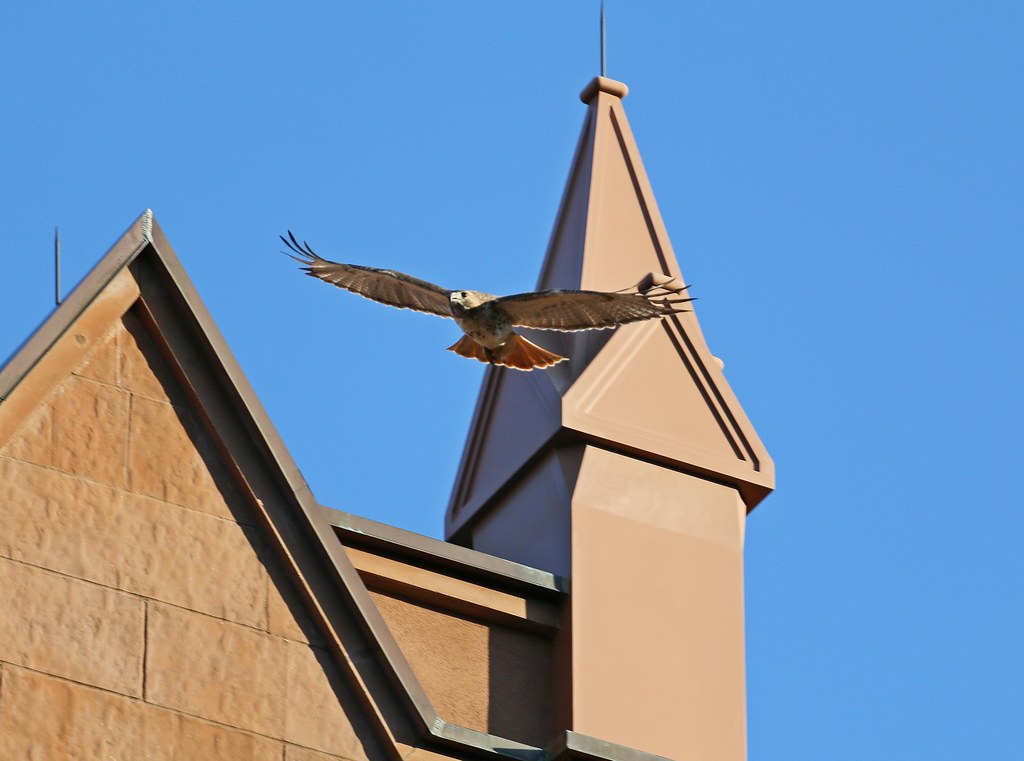 And then to his flagpole outside the park offices. 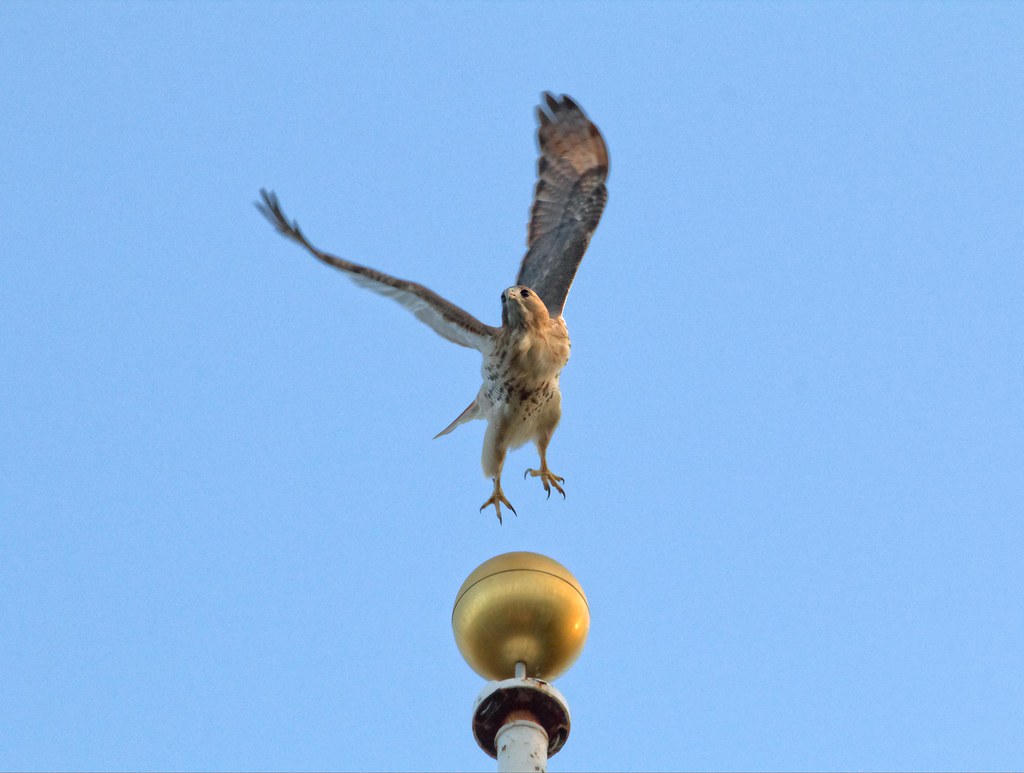 He can't seem to get through a day without being pestered by someone.  On this day, it was a blue jay. 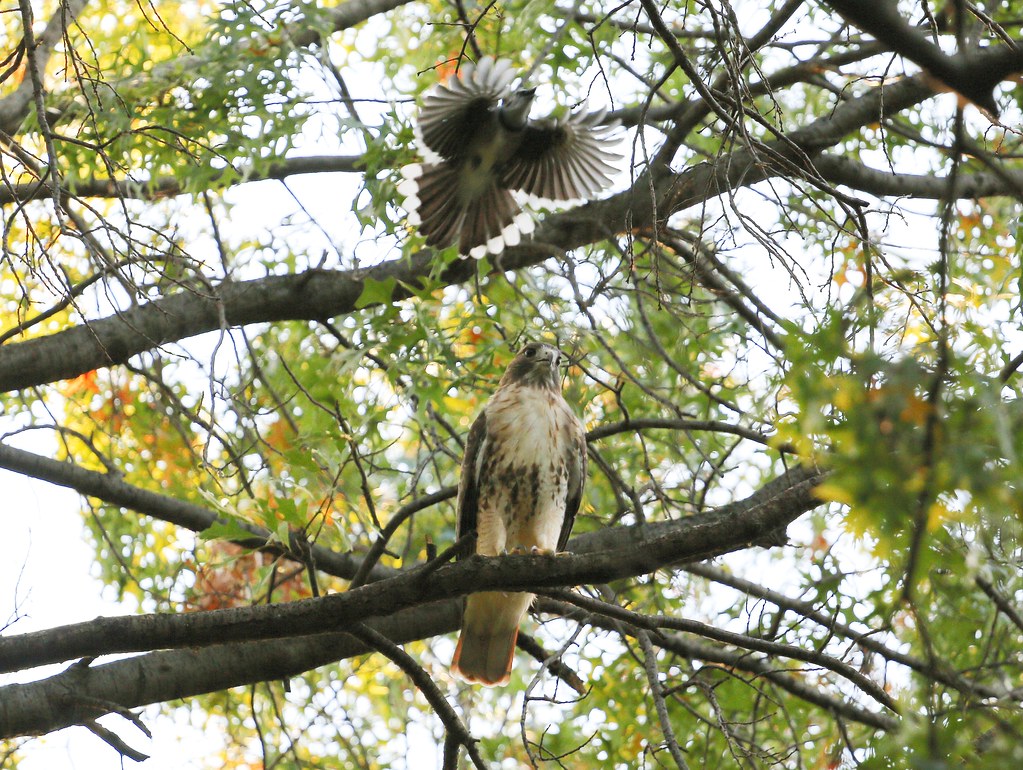 And what was Christo looking at? 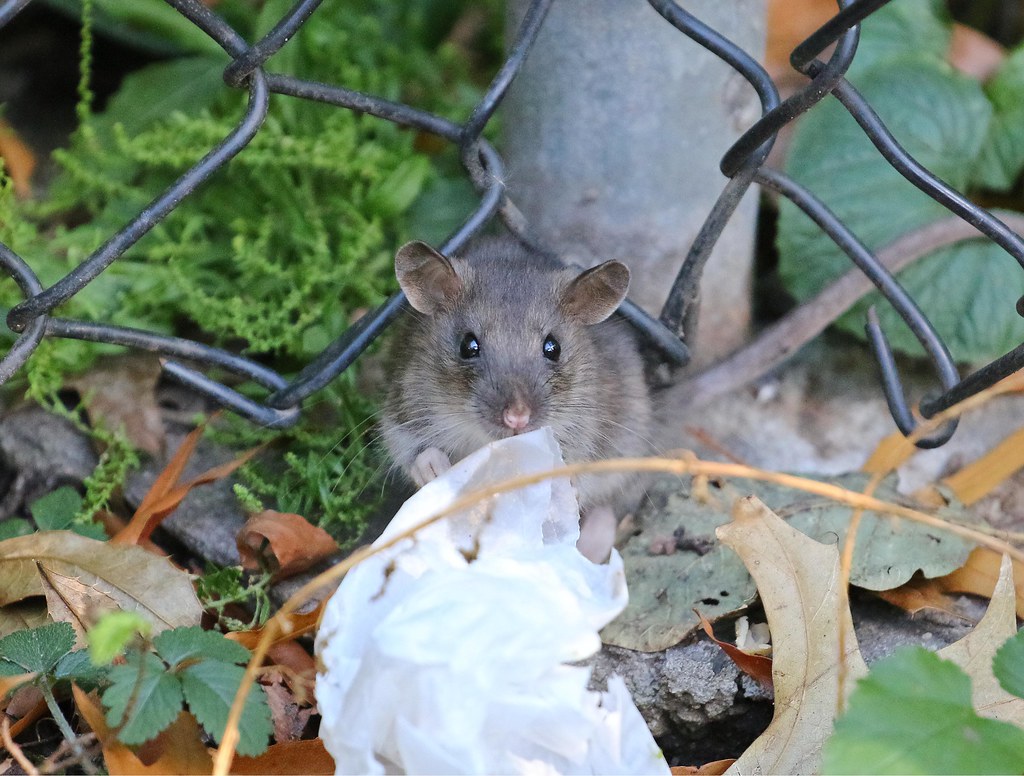 A little while later, Christo caught a rat in the same area where the one above was hanging out. I don't know if it was the same rat, but I hope this cute little guy lived to see another day of paper-chewing.

Meanwhile, outside the men's room, this giant yellow fungus has erupted from the side of a honey locust tree. 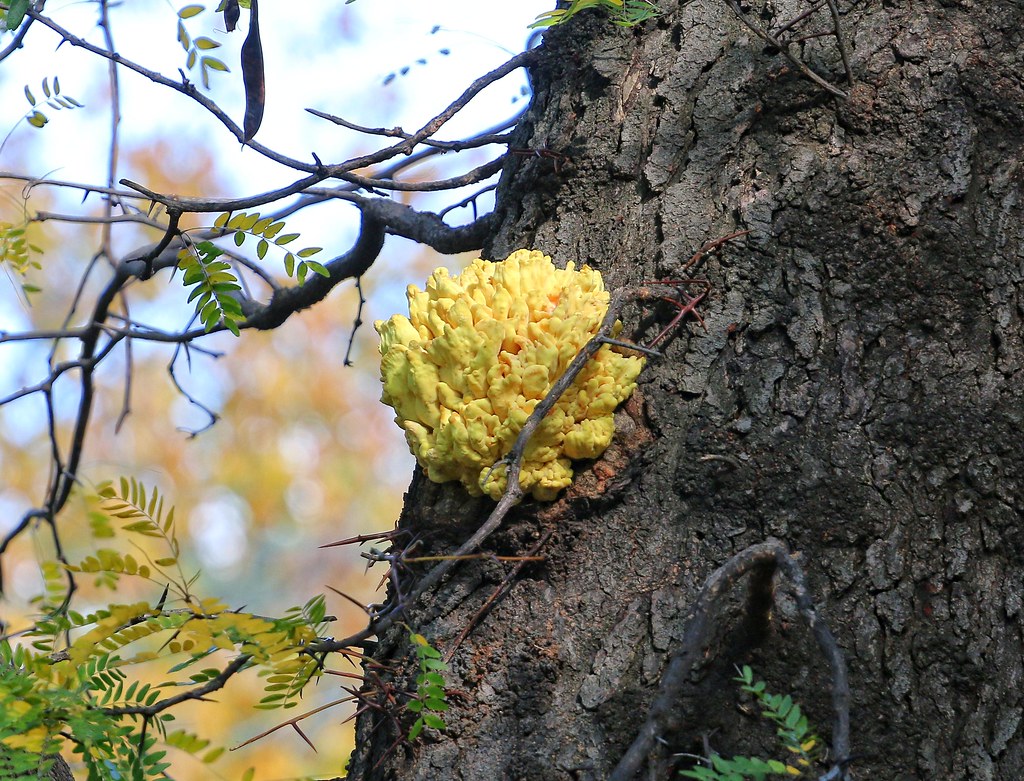 The consensus over at EV Grieve is that this is a chicken of the woods mushroom. 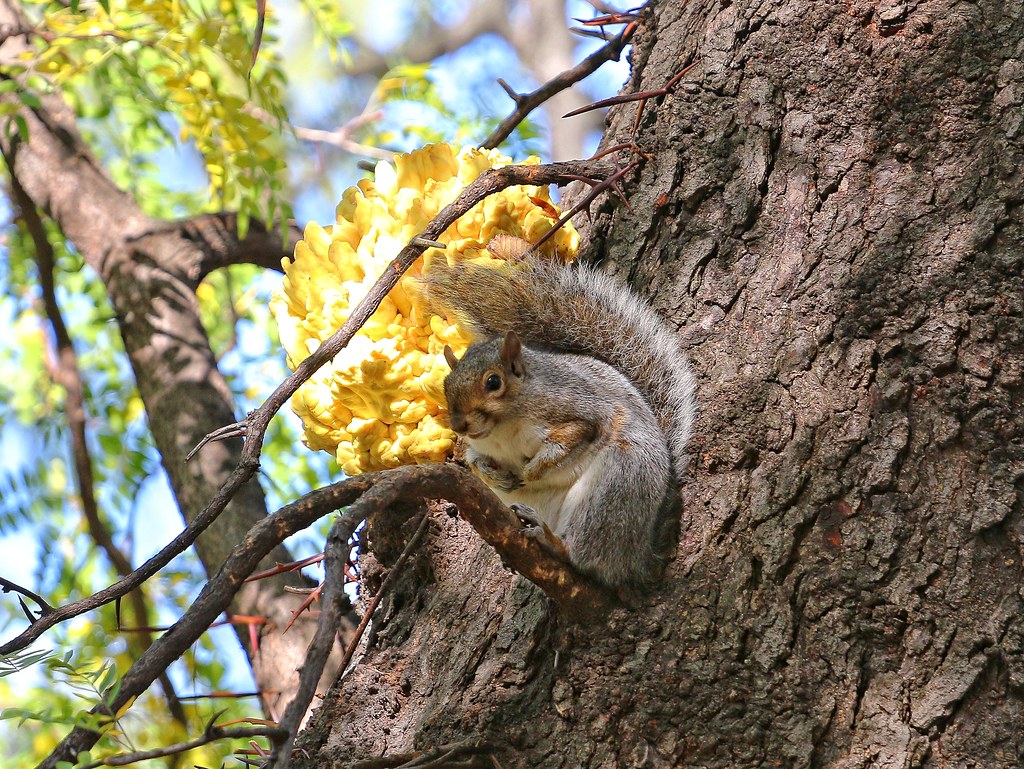 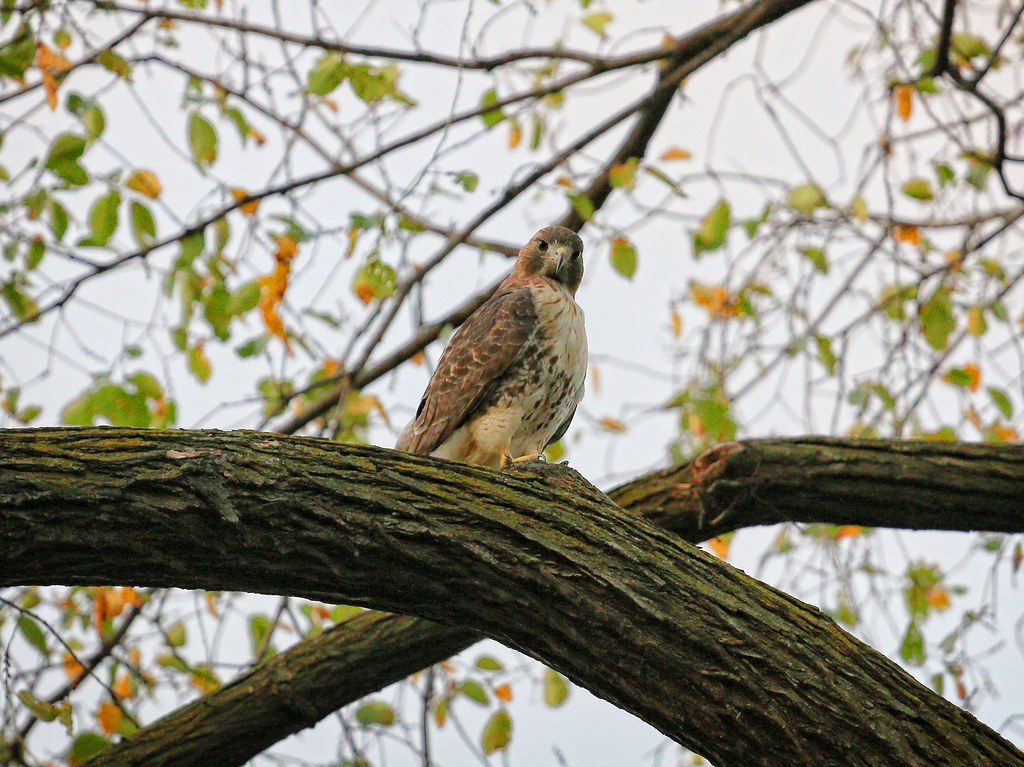 If Christo was vegetarian, I'm sure he'd go for it.
Posted by Laura Goggin Photography at 10:09 PM