Right on schedule, Tompkins Square red-tailed hawks, Christo and Amelia, have begun mating. A fellow hawk-watcher caught them in the act on February 13, and they were seen mating again on Valentine's Day. We can expect to see an increase in mating activity over the next three or four weeks, with egg-laying expected in mid to late March. 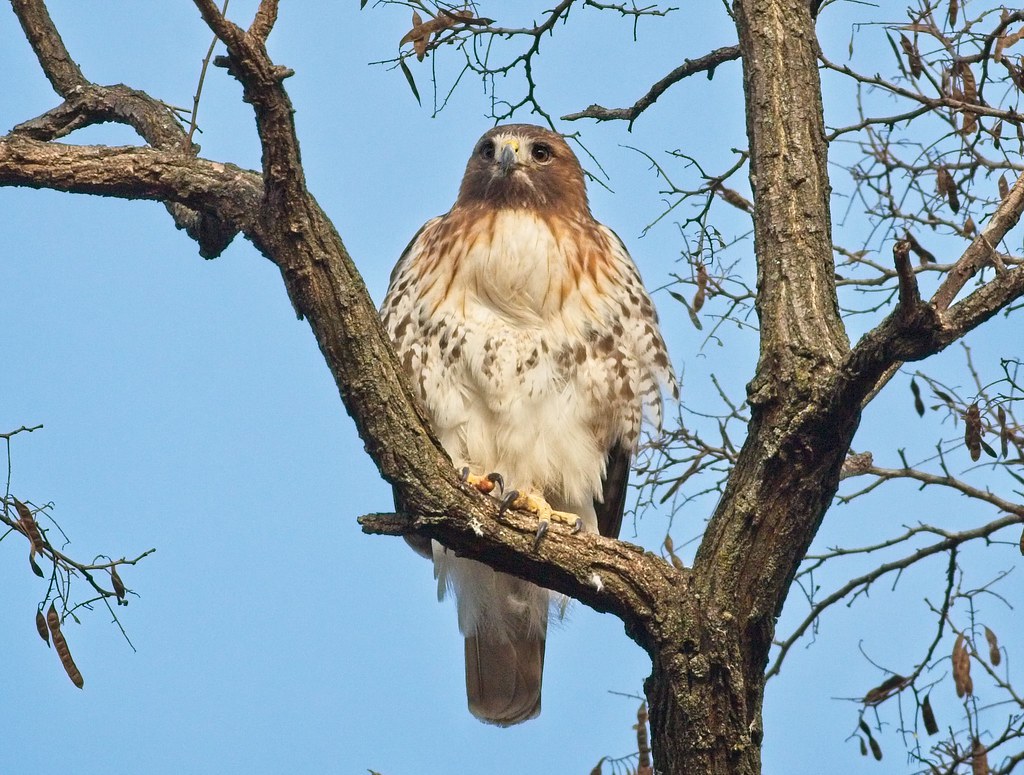 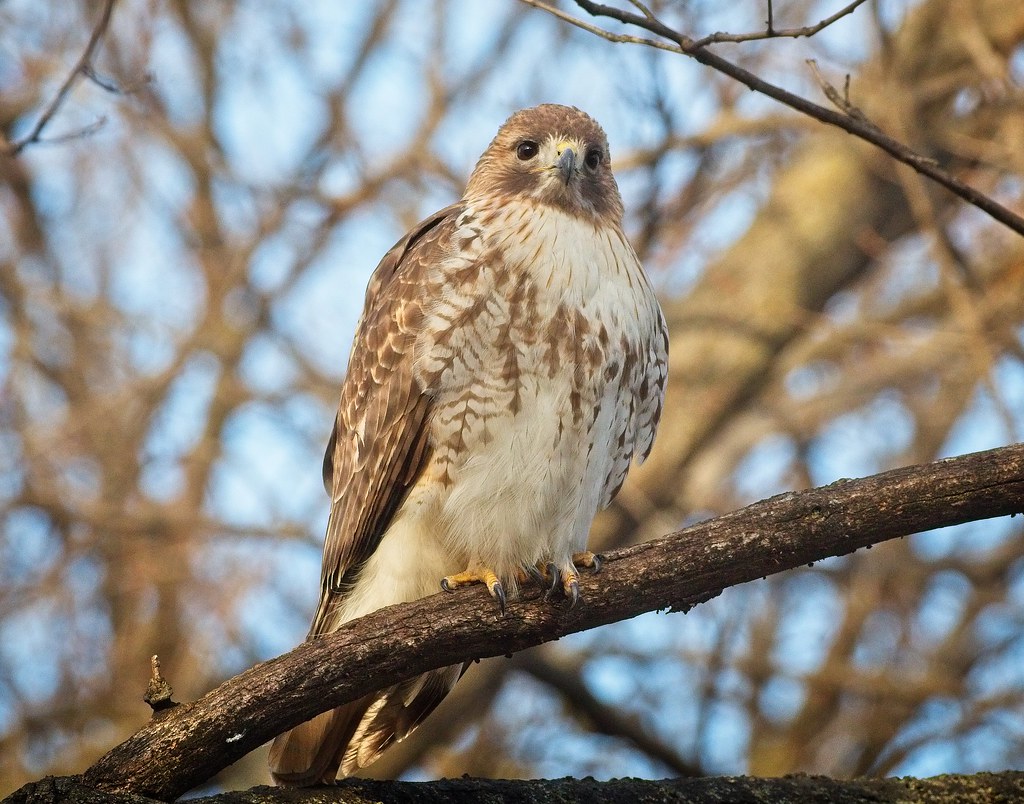 In the meantime, the hawks are making progress on their nest. 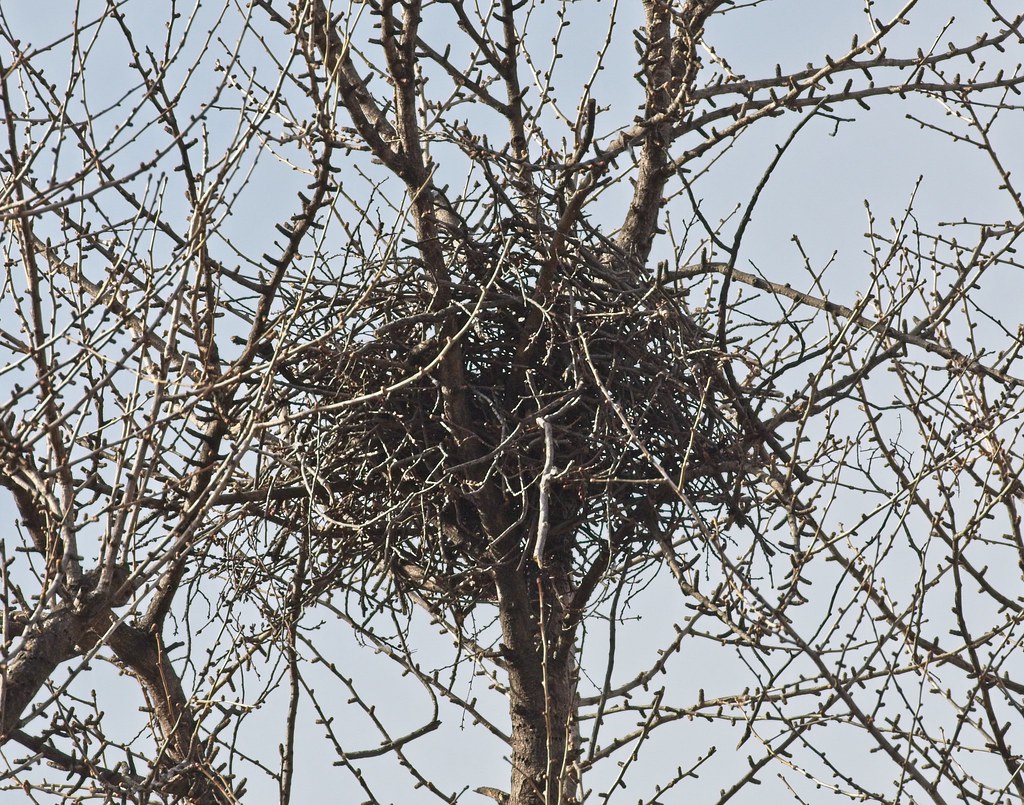 On Sunday, I caught Amelia chowing down on a pigeon. She's an impressively large hawk, but with a full crop, she appears even bigger. 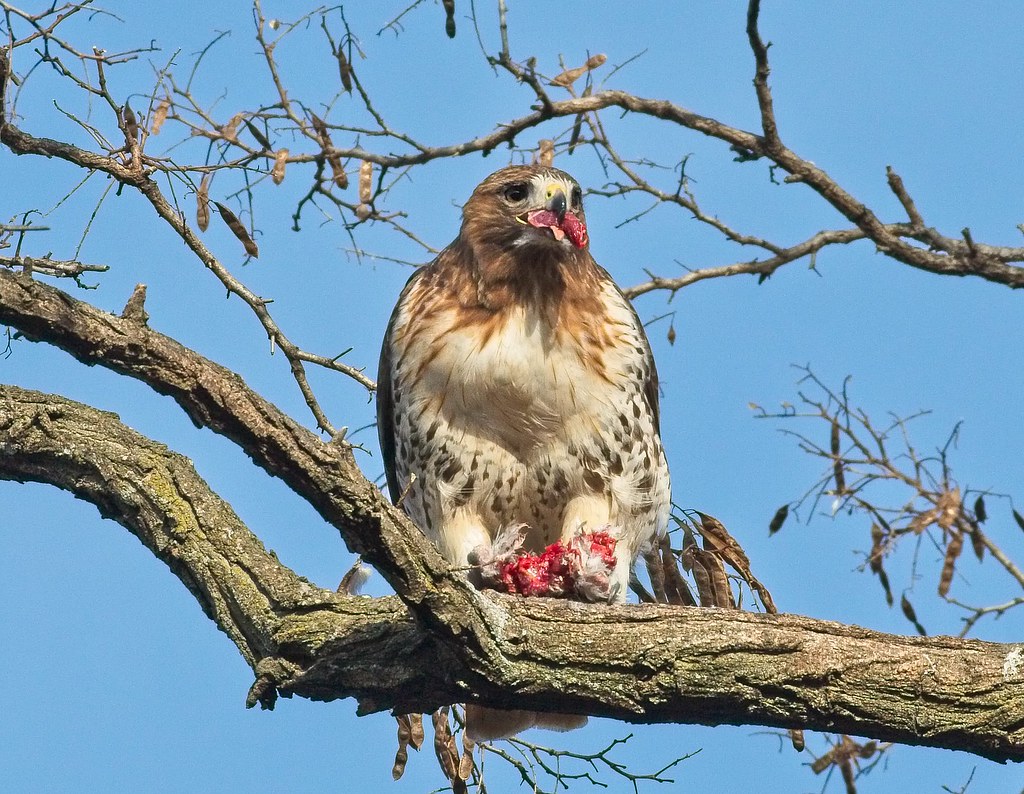 As she ate, Christo snuck up behind her. 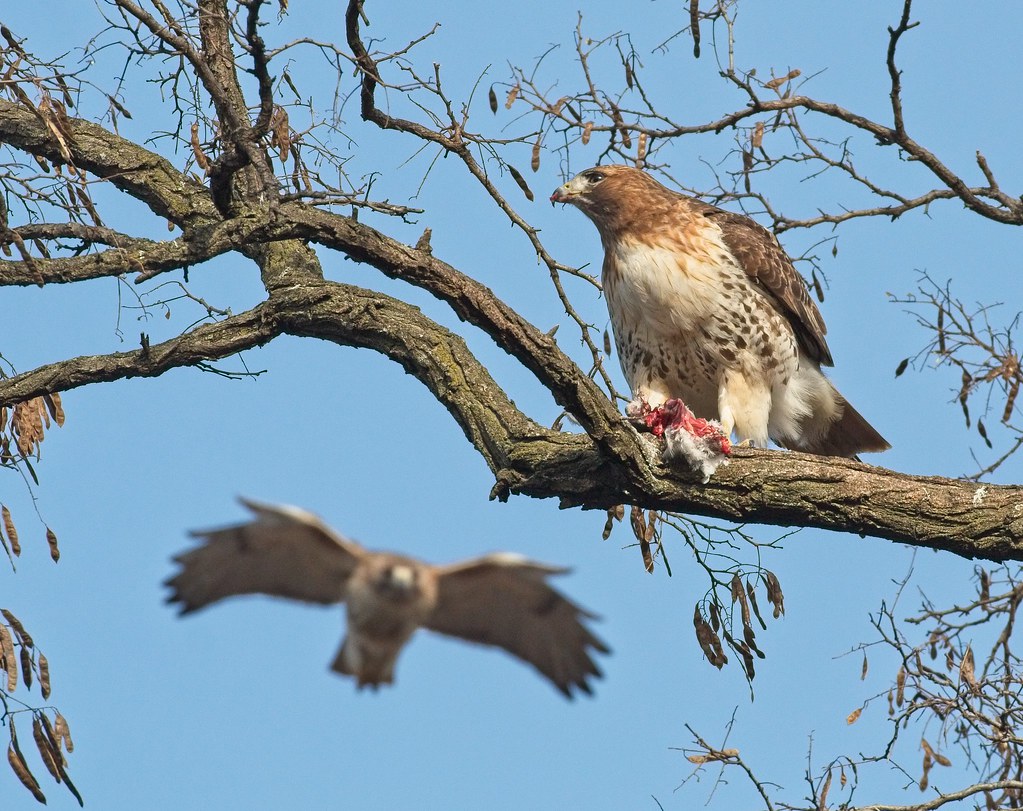 Amelia scarfed down the last bit of food just as he arrived. 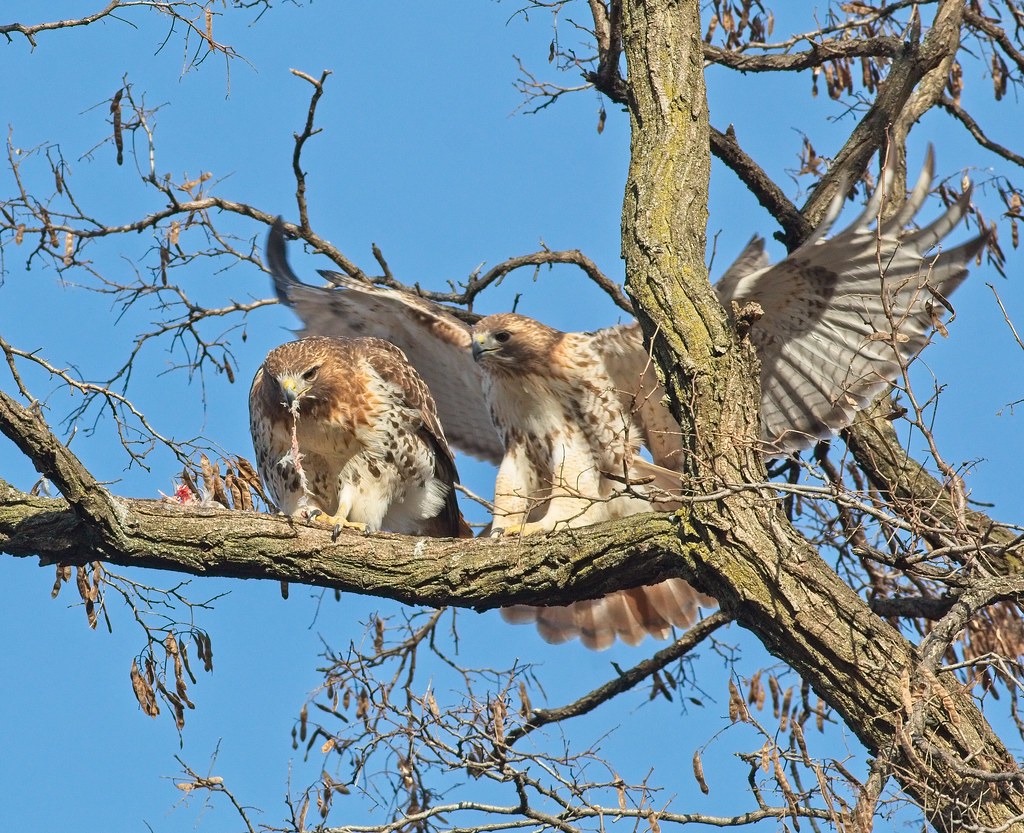 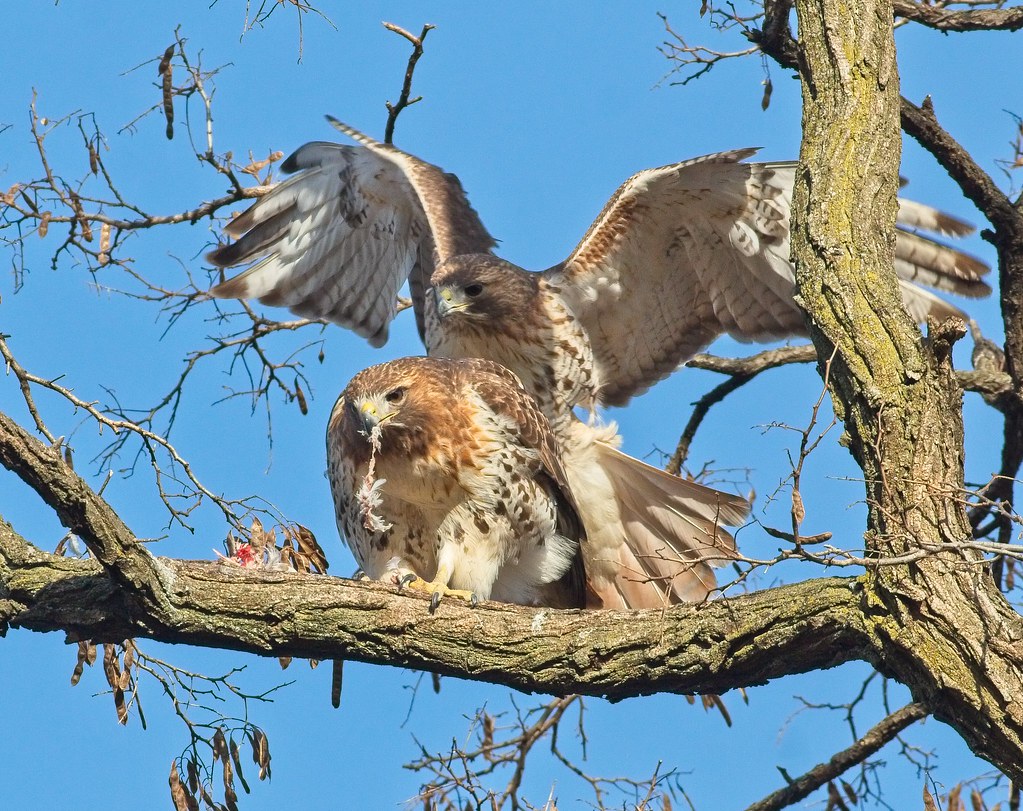 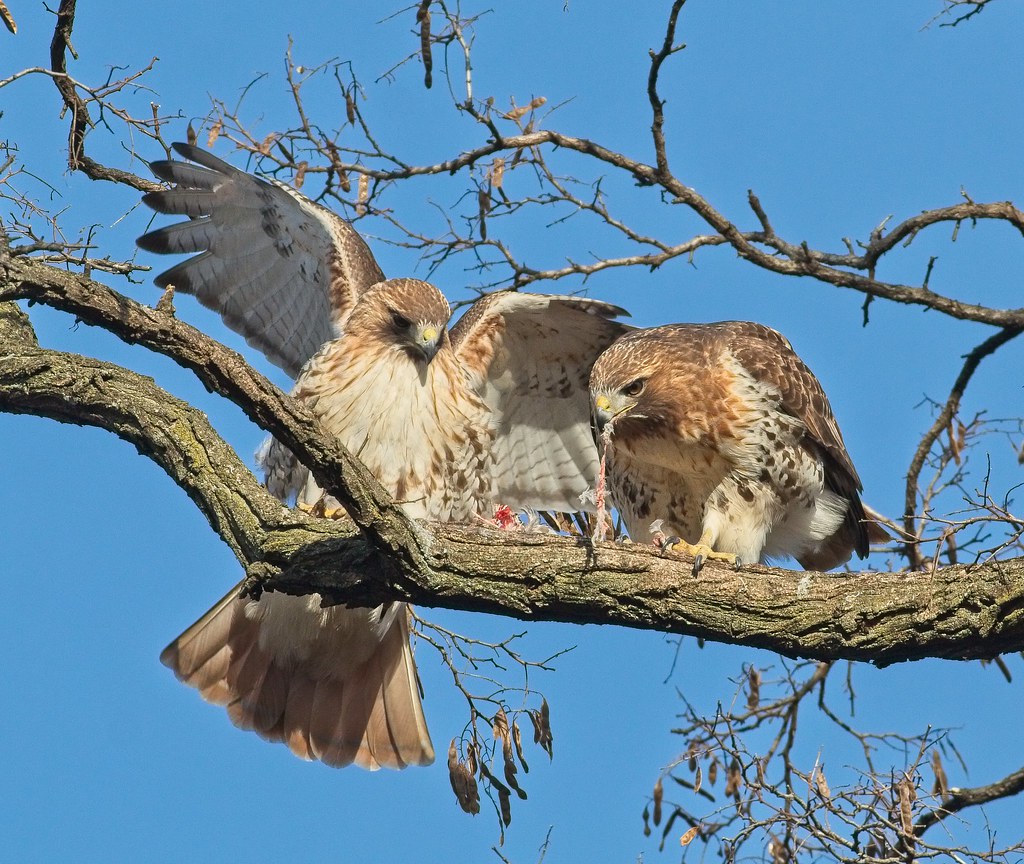 Dinner was gone, but no worries as Christo went off to hunt for himself by lamp light. We've seen him do this numerous times - using the park lights to hunt for rats as they come out at dusk. 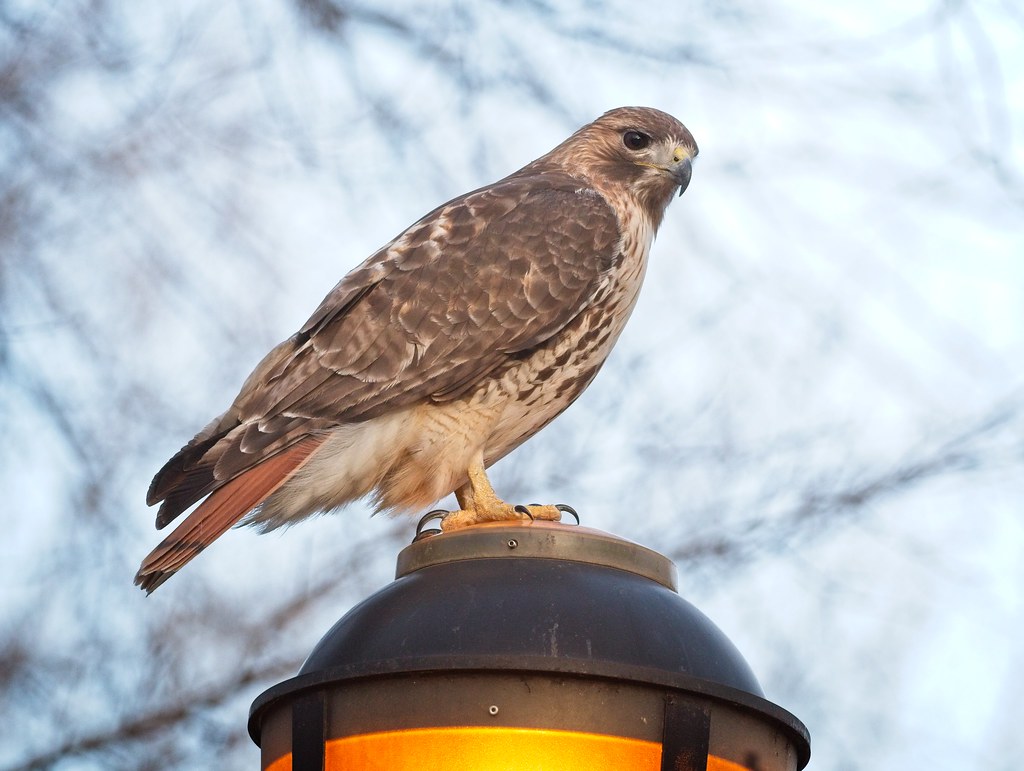 On Tuesday, the hawks were plagued by an intruding immature red-tail, so Christo took after it, screaming. 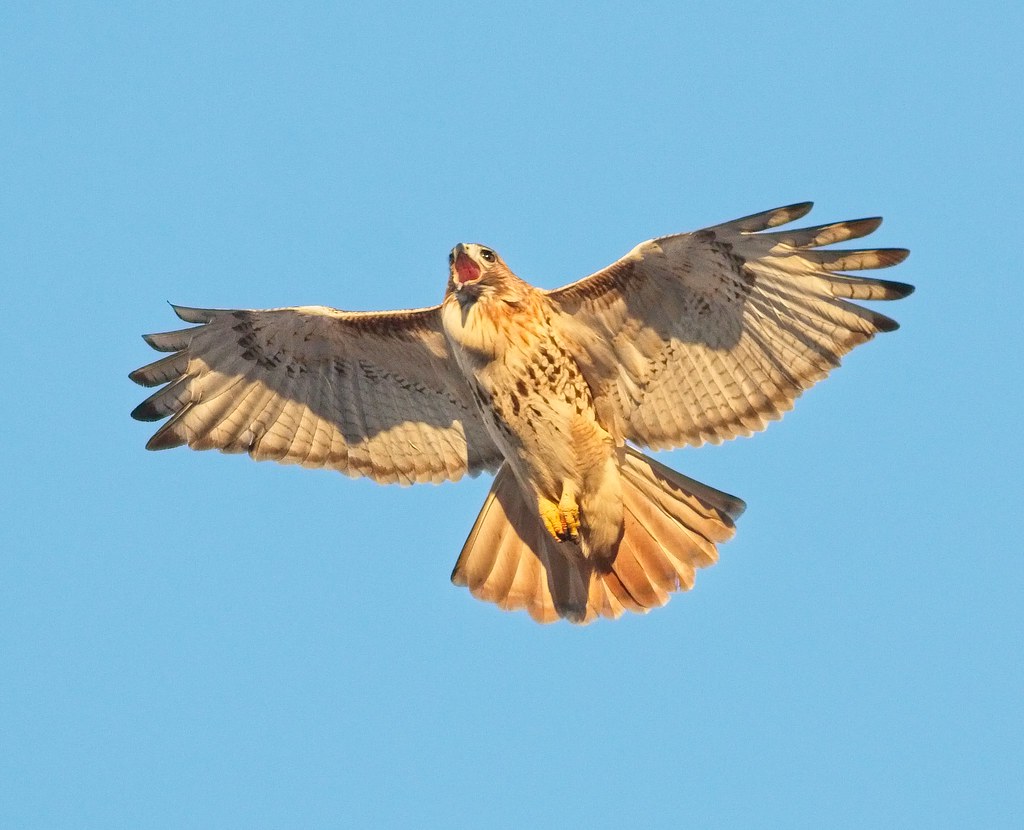 As nesting season progresses, the hawks will be less tolerant of other hawks in their territory, and will chase them out of the area. Today, I saw both Christo and Amelia knock a curious squirrel out of their nest, so no visitors are allowed. 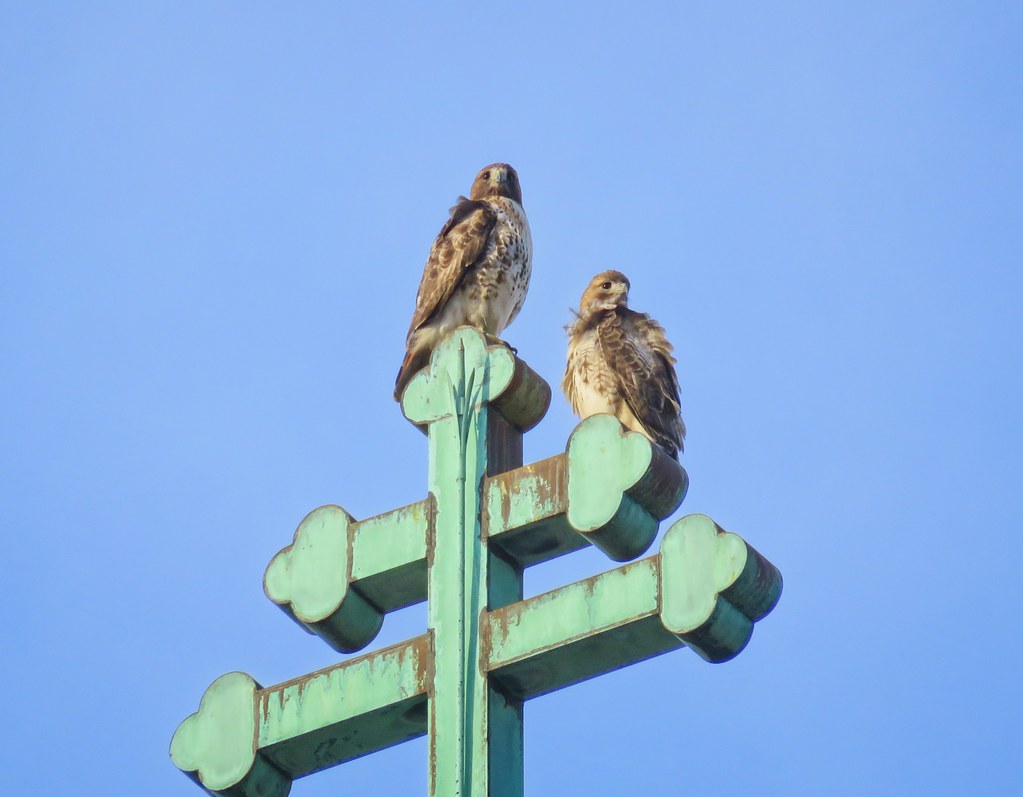 Below is a video of Amelia and Christo keeping watch over the park from one of their favorite perches on Avenue A.

All seems well in East Village hawkland, and I look forward to seeing more activity from this pair.