Christo catches another big one

Just after sunset, a rat came out of its burrow behind the restrooms and made the fatal mistake of wandering into a corner where the steps meet the wall. It was literally cornered and Christo made short work nailing it. 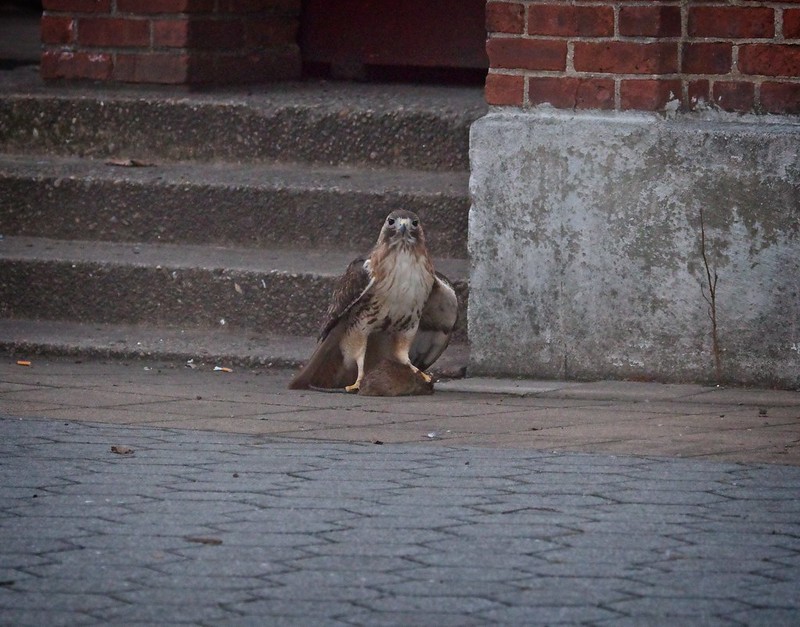 I didn't realize how big the rat was until Christo took to the air. 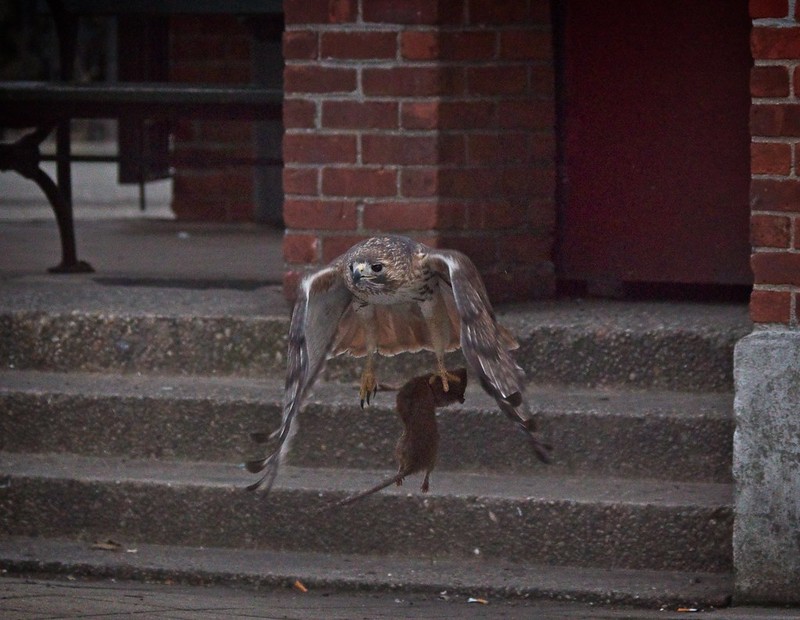 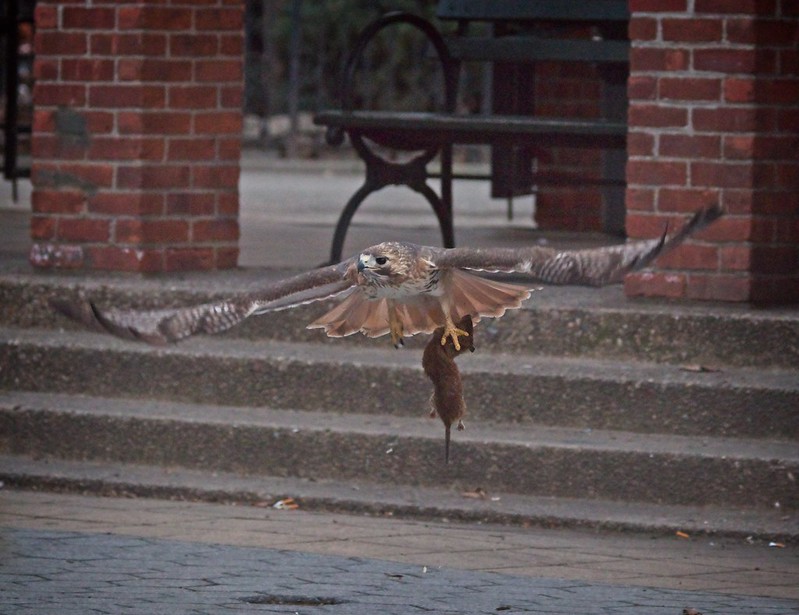 Half a second after taking off, Christo readjusted his grip, holding on to the rat with both talons. You can see the rat is as long as his leg. 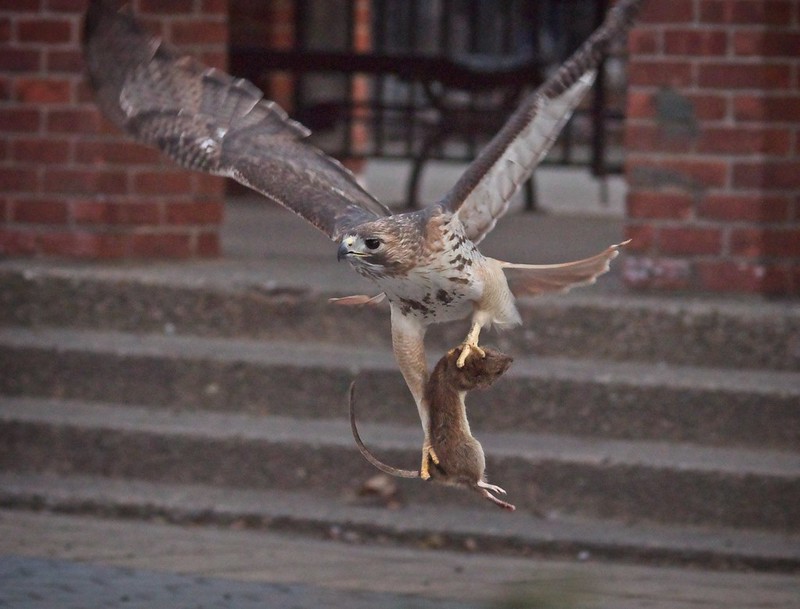 He then sort of folded the rat up, making the bundle easier to carry. 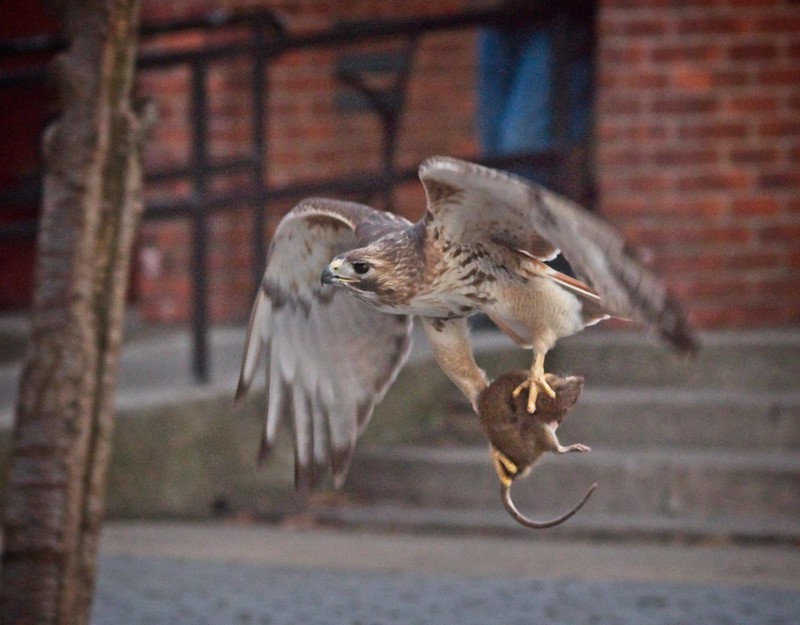 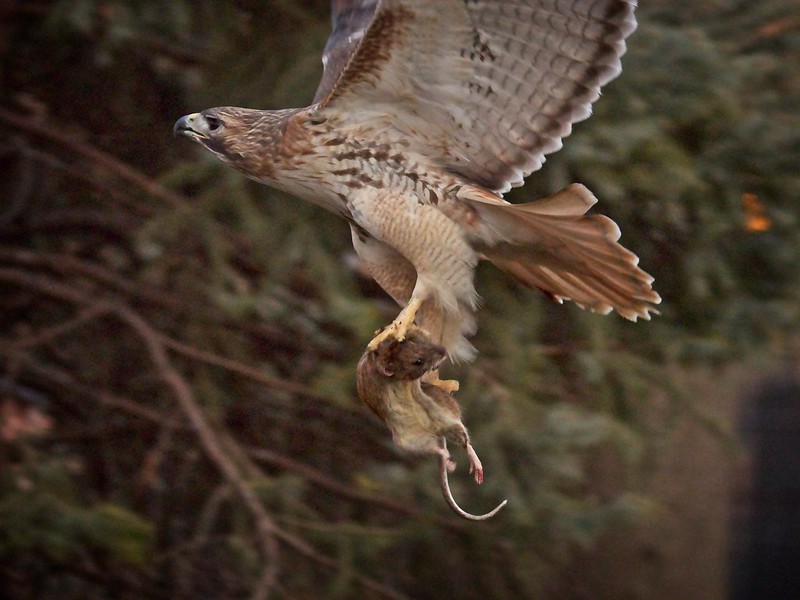 He took it up into a big tree nearby. 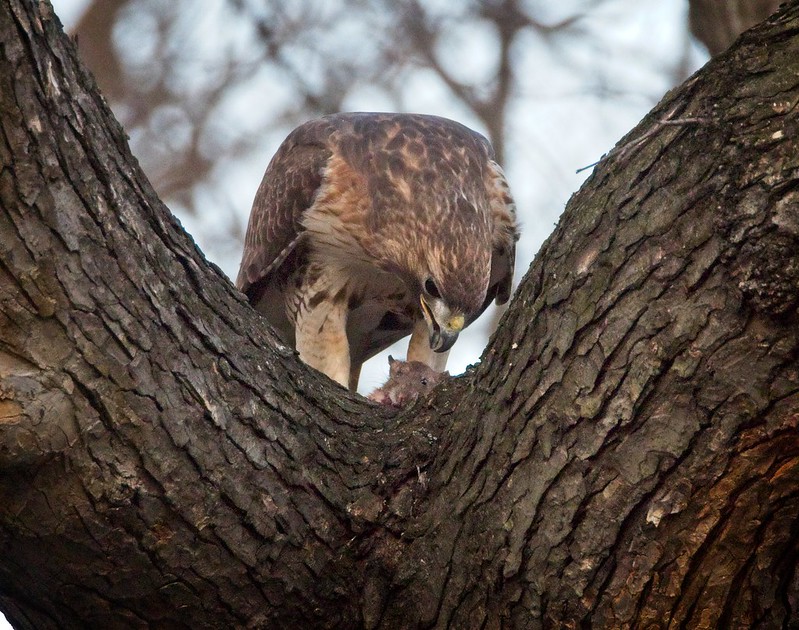 After eating his share (the head), Christo called to his mate, Amelia, announcing he had dinner ready. 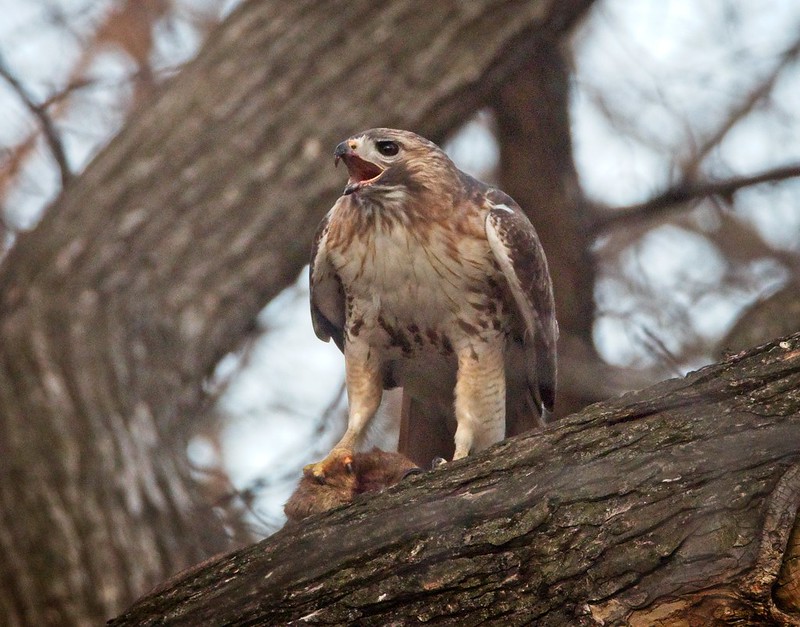 At the time, she was perched on the church at Avenue A and 10th Street, and made no motion to come to him, so he took off to deliver the rat to her. 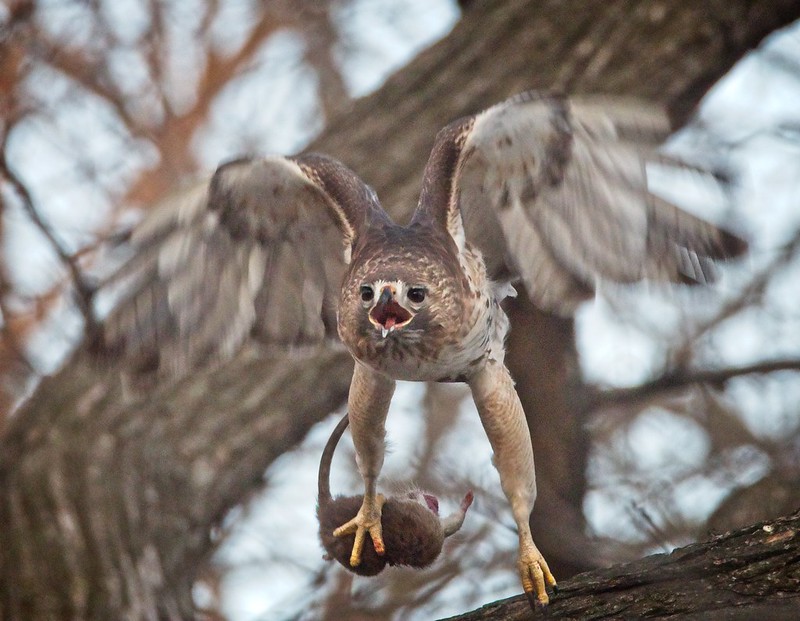 Midway to the church, Christo made a rest stop on a building with the Empire State Building in the background. 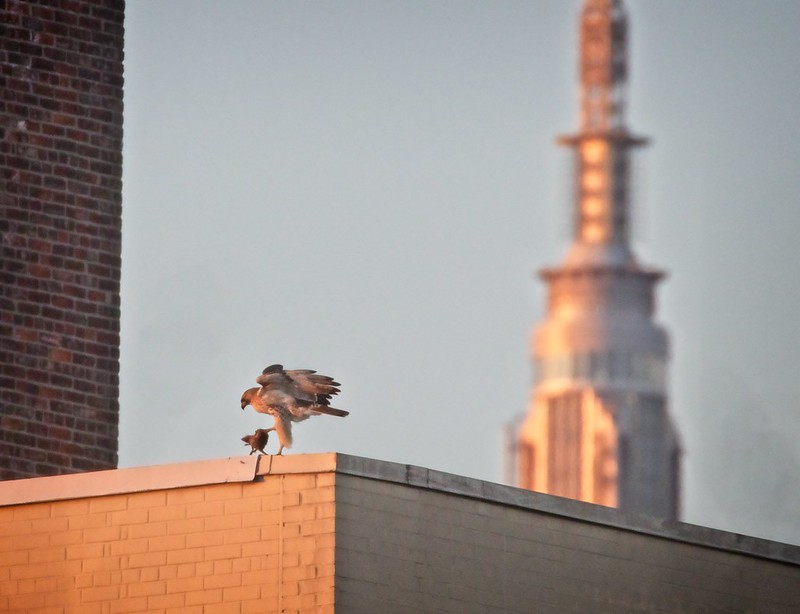 I wonder if any of the people up on the observation deck had any idea of the life-death drama taking place 25 blocks south? 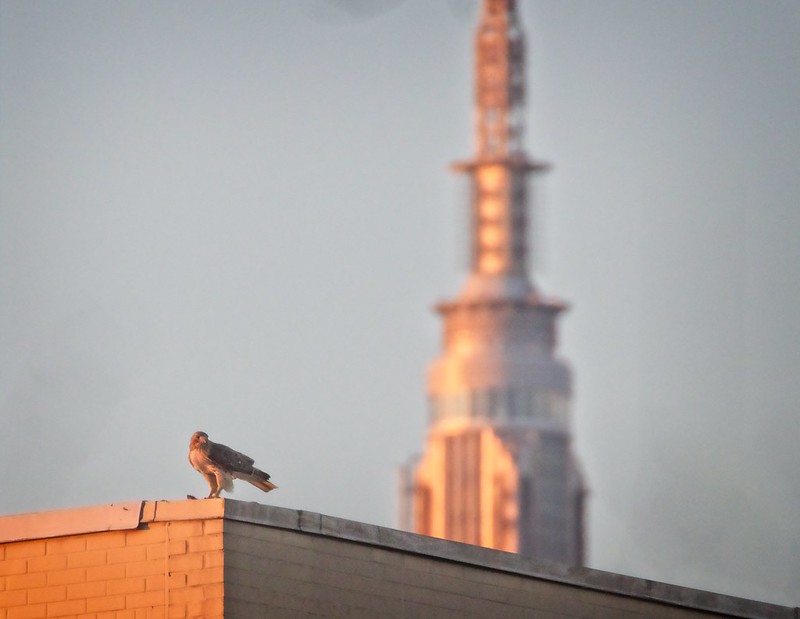