Christo caught a pigeon and took it to the big tree in the middle of the lawn.  Things went downhill from there. 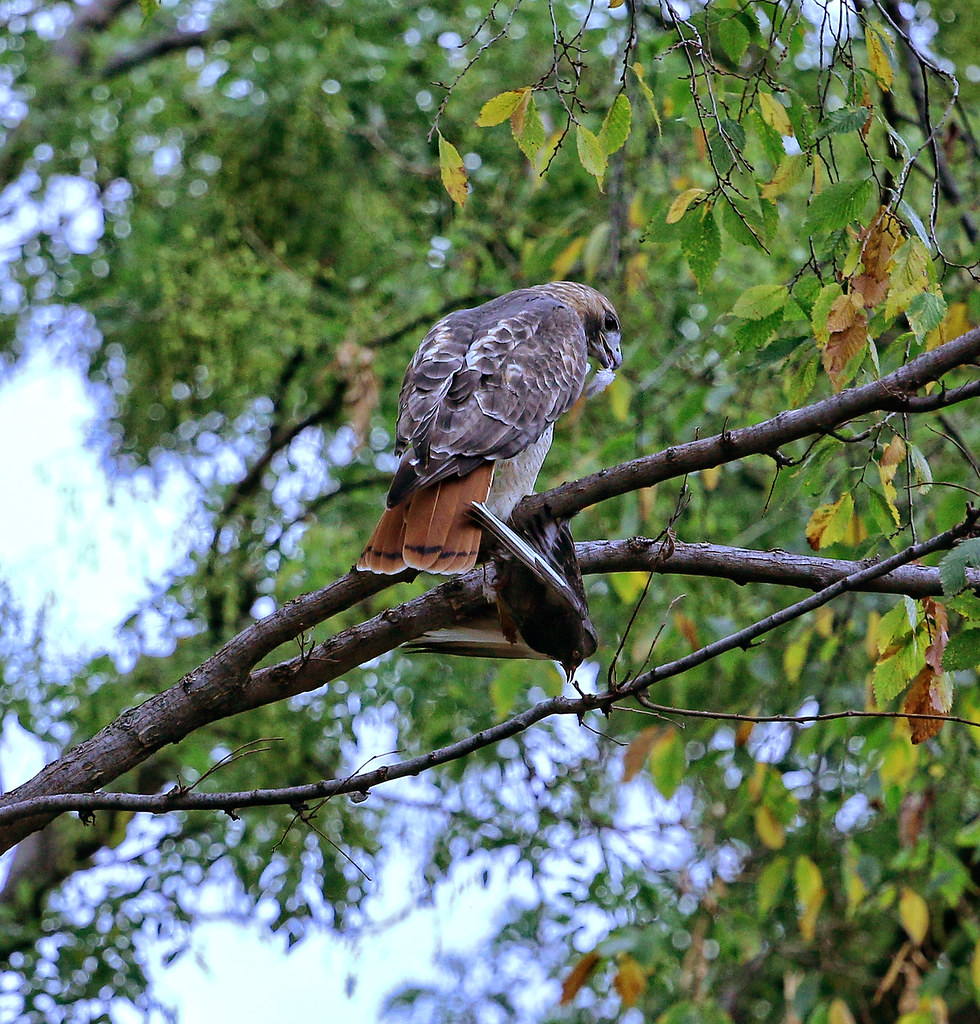 As you can see, the hawk doesn't have a good grip on the pigeon.  It looks like he has it by the tail. 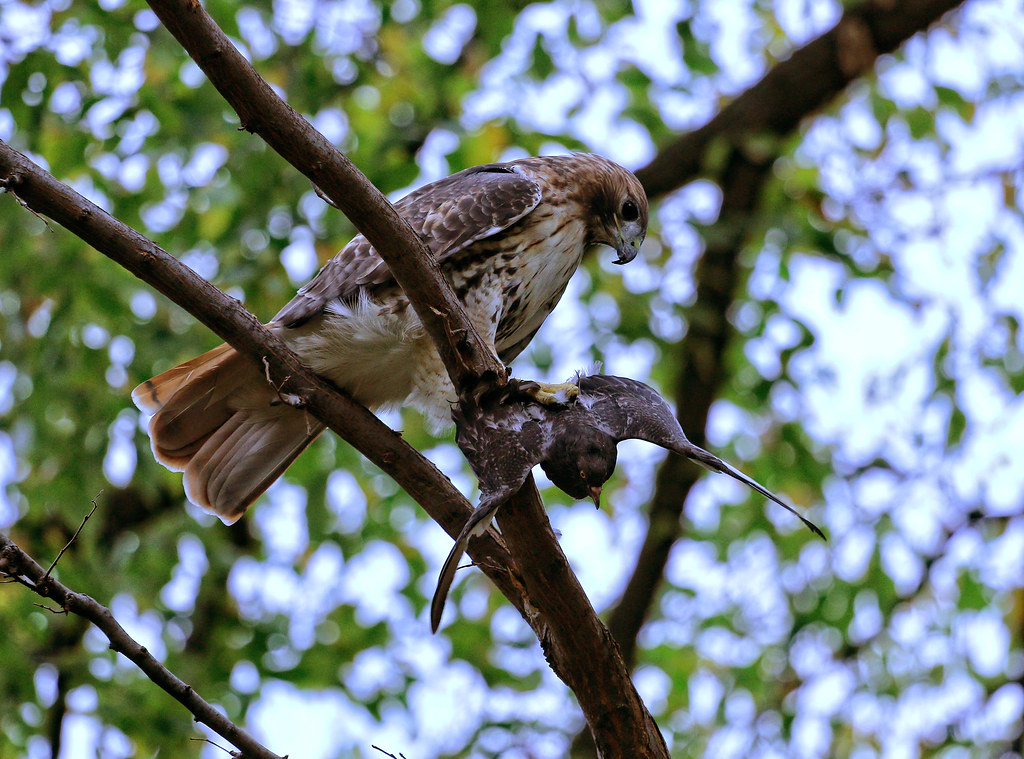 As the pigeon struggled, a small crowd gathered to watch in horror.  One of the spectators thought he saw Christo grab the pigeon in flight, which would explain the bad grip. 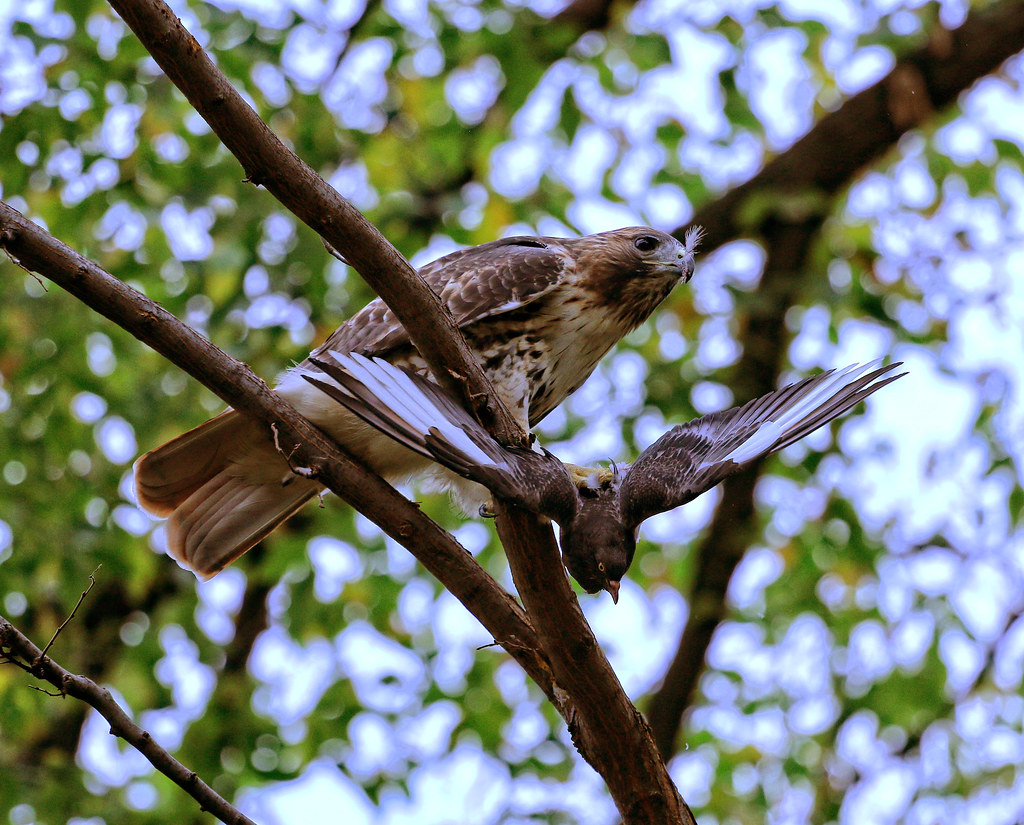 This isn't the first time Christo has failed to catch a pigeon properly.

As the pigeon weakened, Christo was able to shift himself to get in a better position. 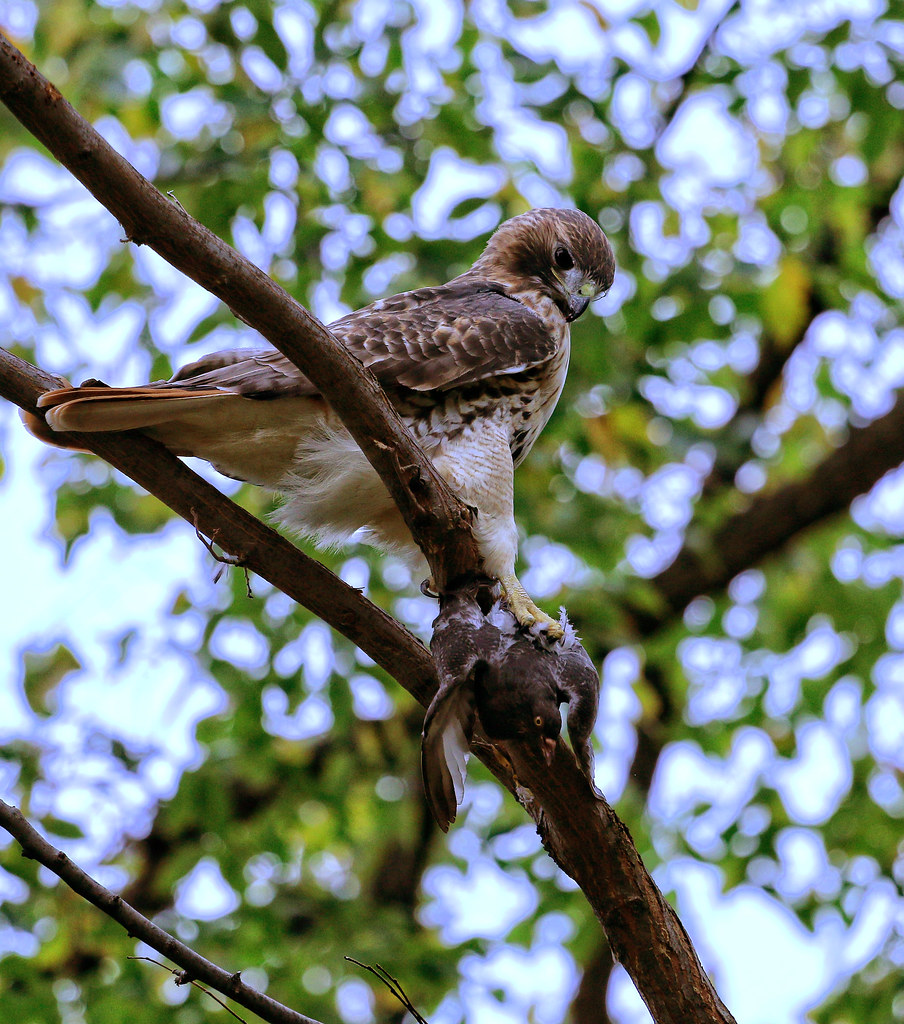 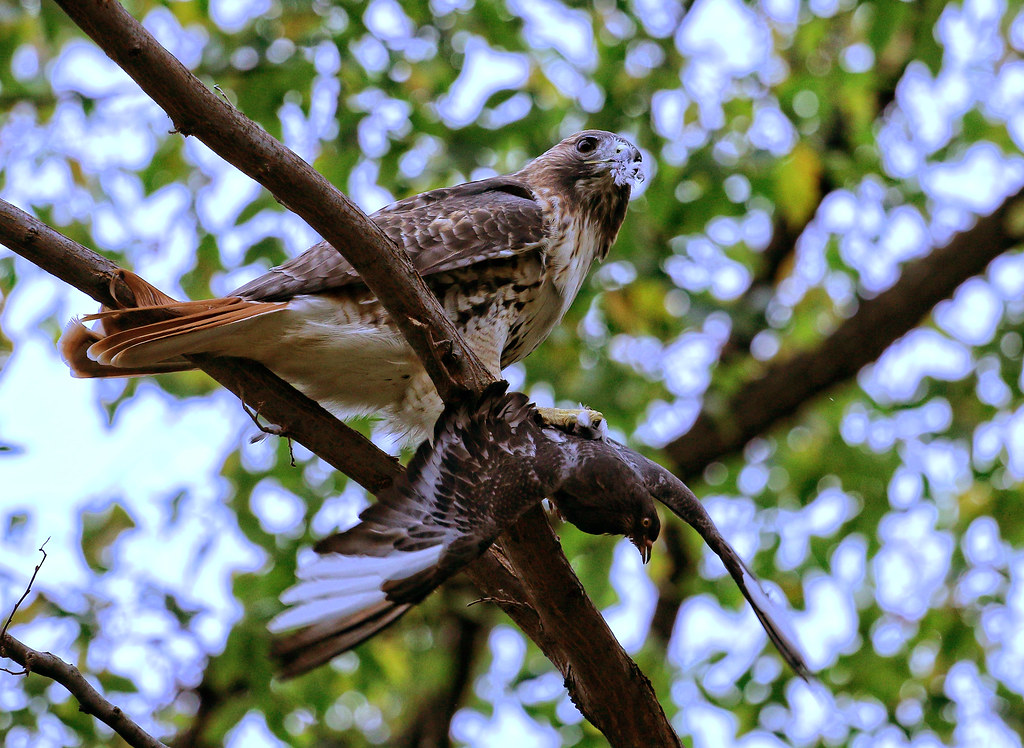 But just when things looked really dire for the pigeon, it twisted around and broke free. 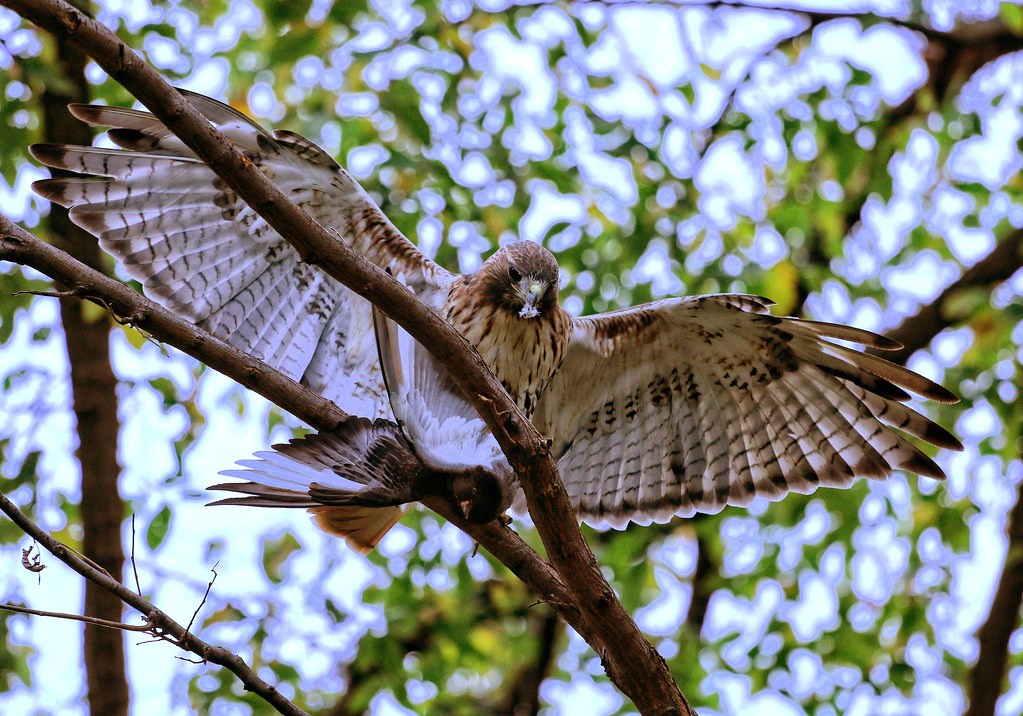 As the pigeon flew away, it looked like it might be missing a foot.  It was able to fly to the east side of the dog run where it took shelter under some bushes.  Christo pursued and waited patiently in a nearby tree.  However, after about 20 minutes, the hawk abandoned his post, maybe to come back later for his lunch, maybe not.  Either way, I don't think the pigeon survived the day.

Meanwhile, Dora has been spending a fair amount of time atop St Brigid's on Ave B (she sat up there during the whole pigeon debacle).  Here she is taking a dive from the cross. 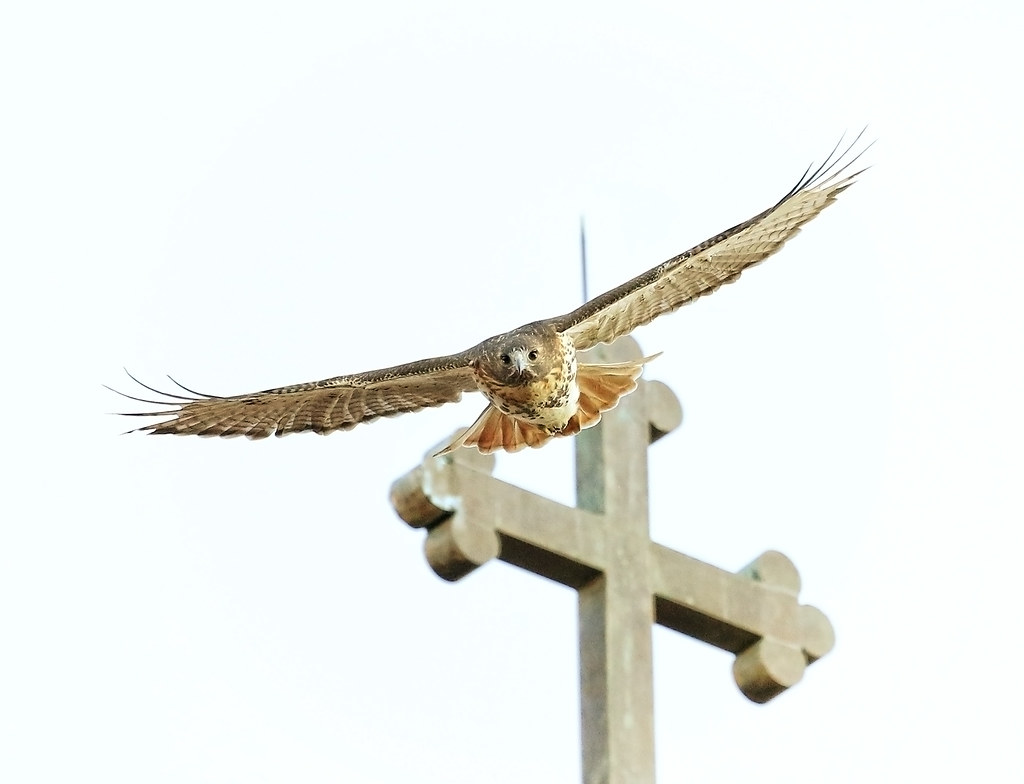