Hawks Christo and Dora are spending a lot of time together in Tompkins Square, but I've been unable to get a decent photo of them recently.  I tend to catch them at the end of the day when they're very active, but the light is bad and my camera doesn't like that.

The good news is it looks like the hawks are settled into their territory, so maybe we can look forward to another nesting season.  The bad news - if you can call it that - is the adult hawks could be keeping the migrating juvenile hawks out of the park.  By this time of year, we should be seeing visiting hawks passing through the neighborhood, but I've not seen a single one.  I guess it's still early in the season, though, so time will tell.

In the mean time, I've seen a few other interesting birds in the area, like this ruby-crowned kinglet: 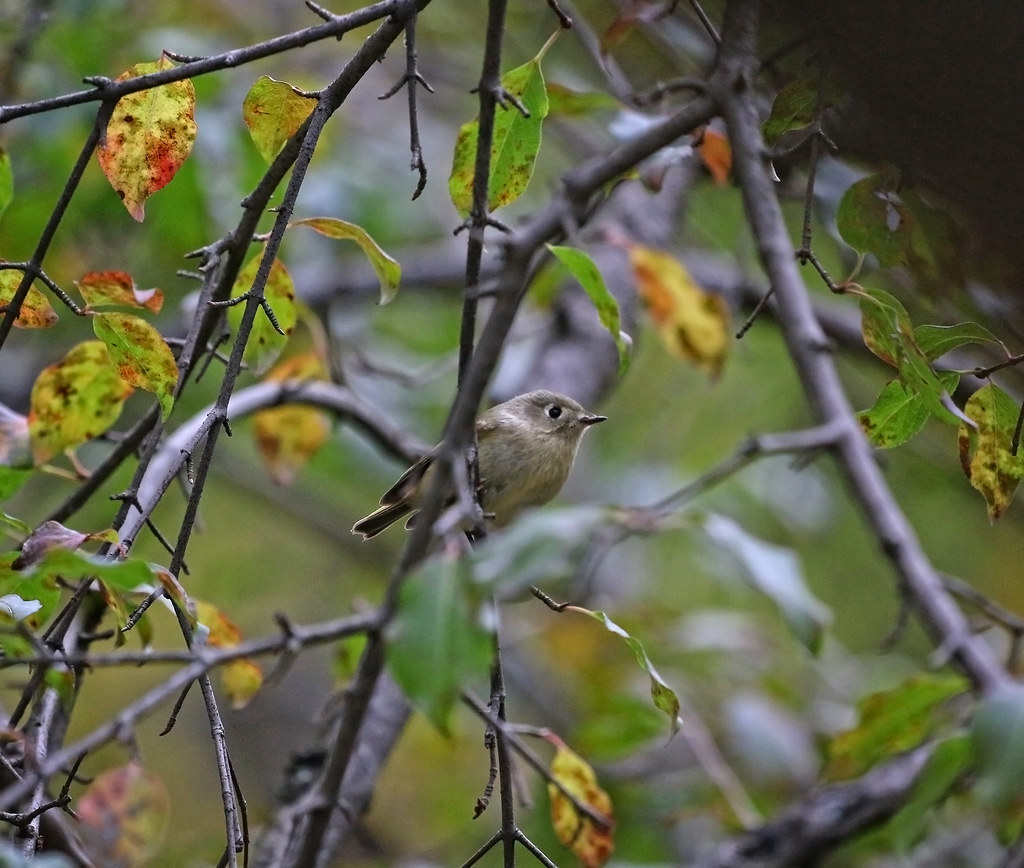 And this tufted titmouse up in Central Park: 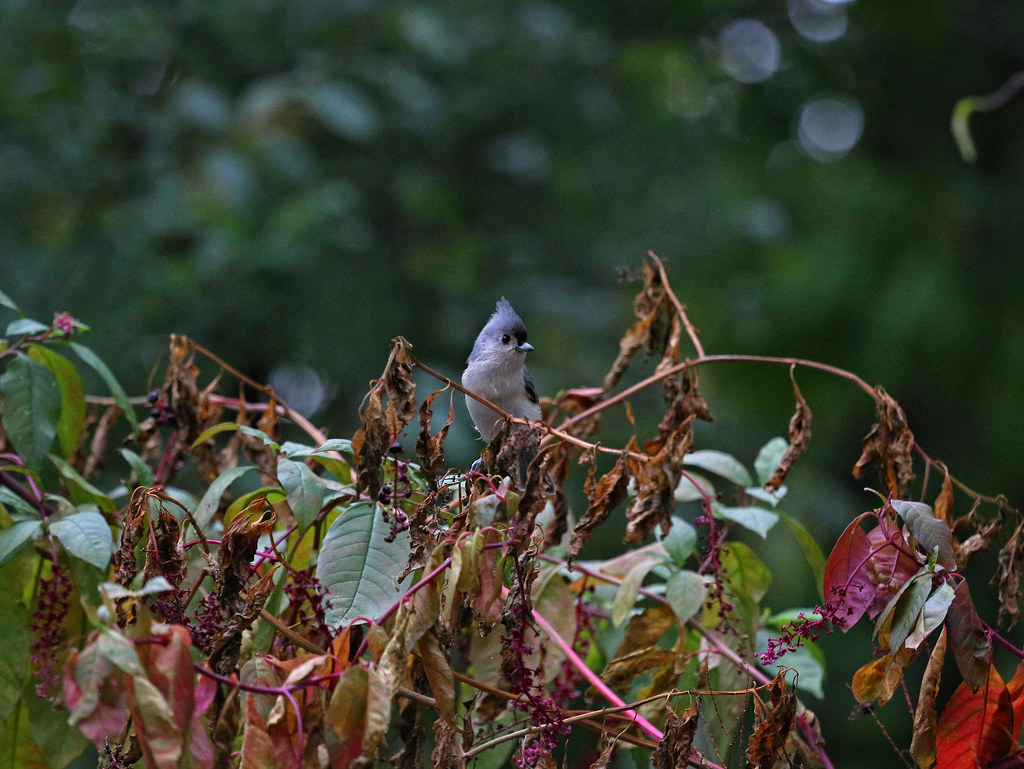 This female cardinal kept eying me... 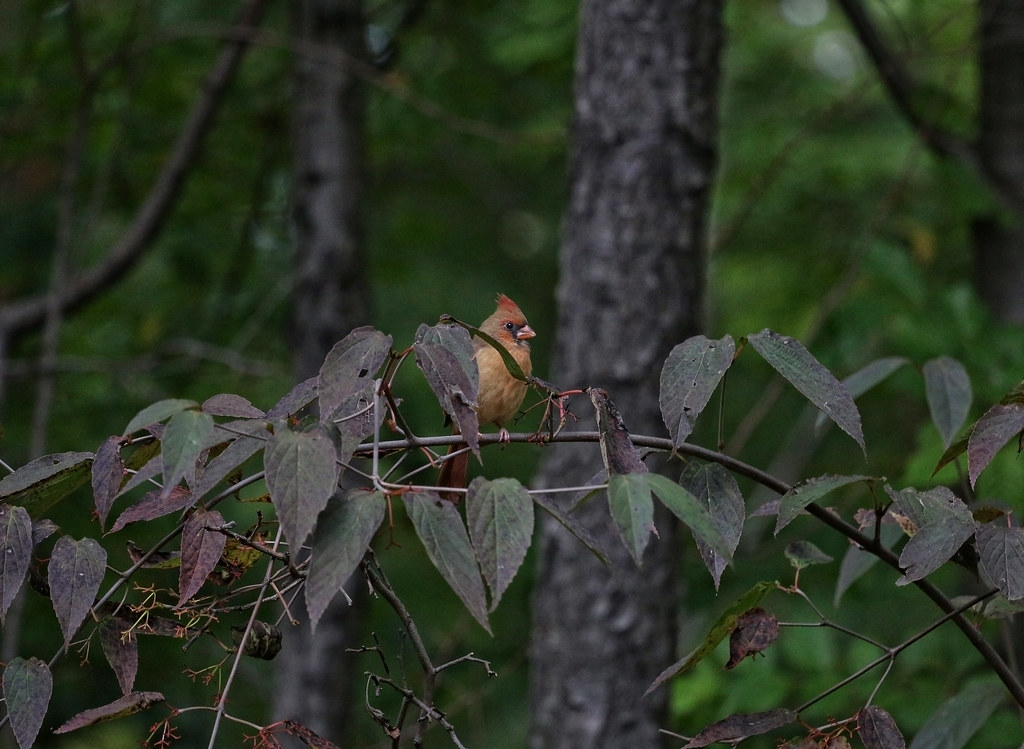 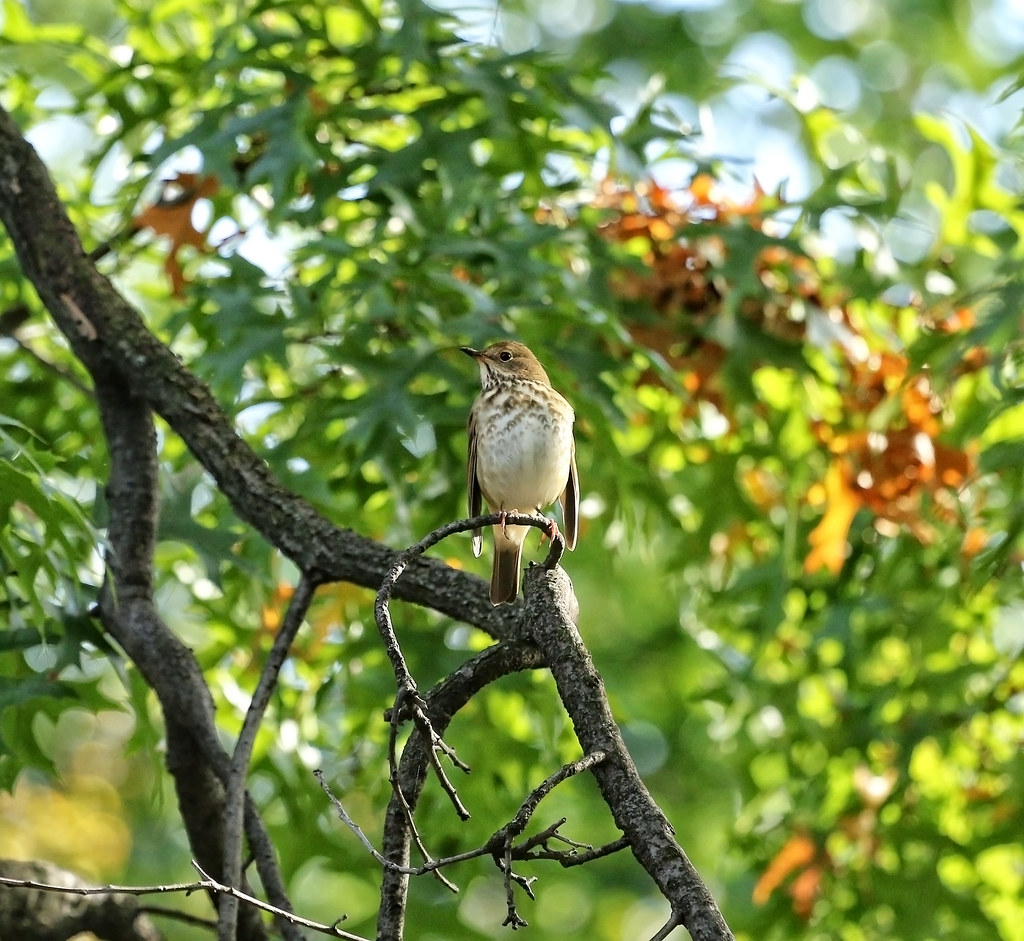 This curious nuthatch responded to the clicking of my camera. 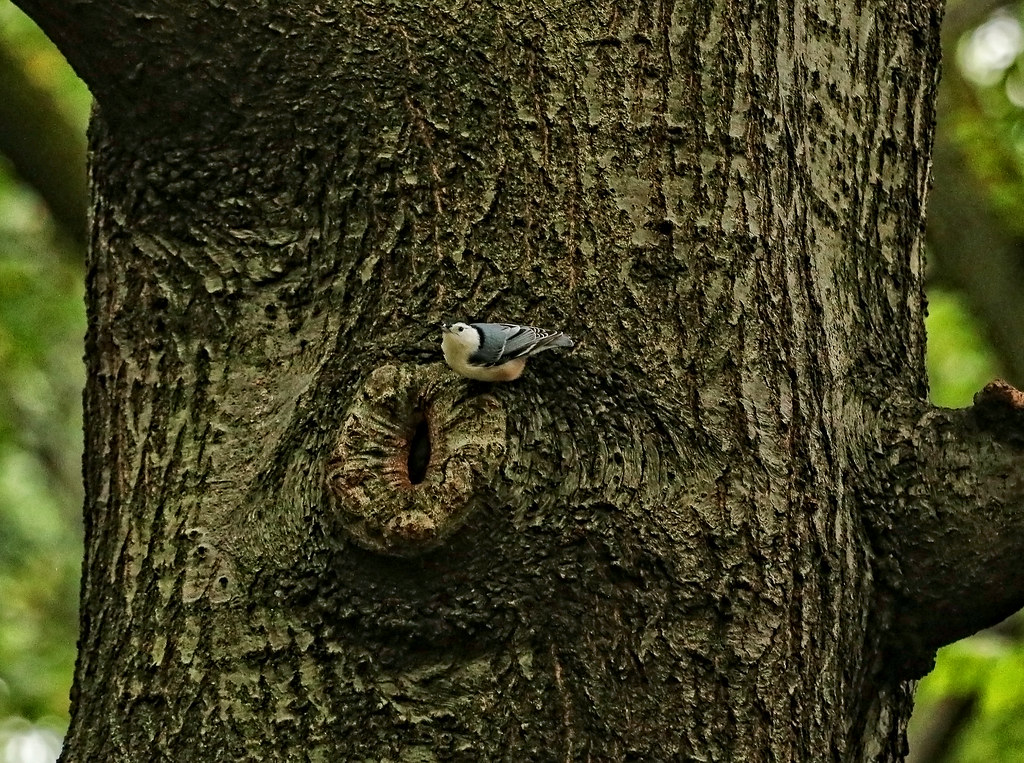 I love the yellow-bellied sapsuckers that slink around the tree trunks... 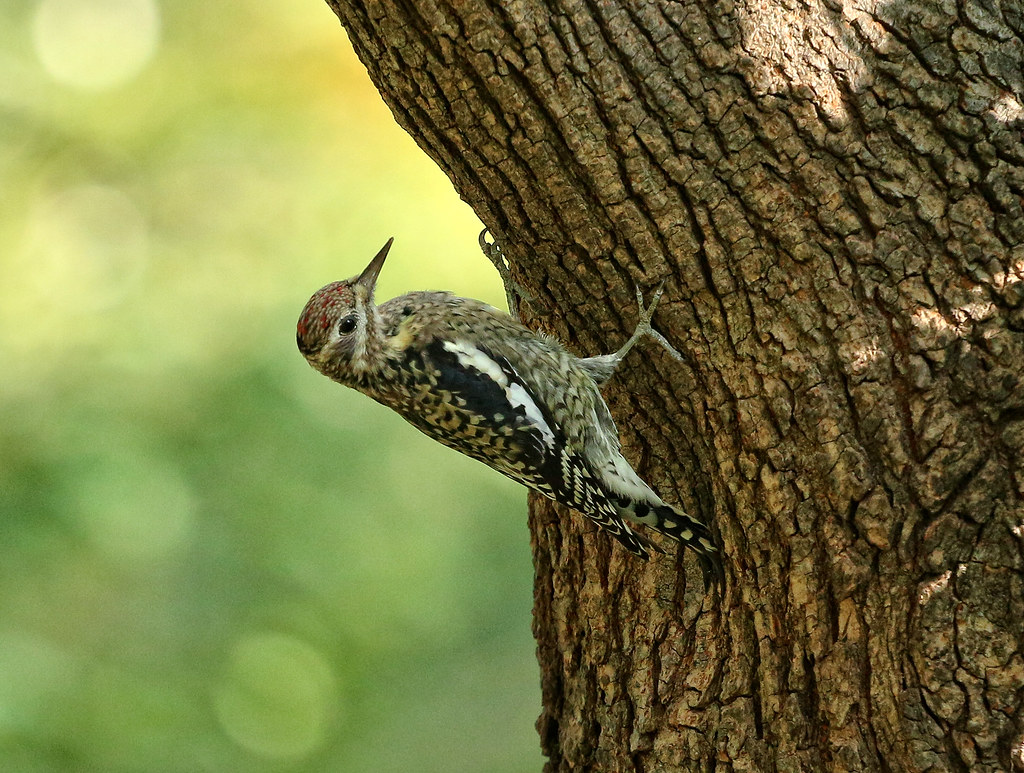 ...and this particular tree was popular with both the sapsuckers and sparrows.  These two kept getting in each other's business. 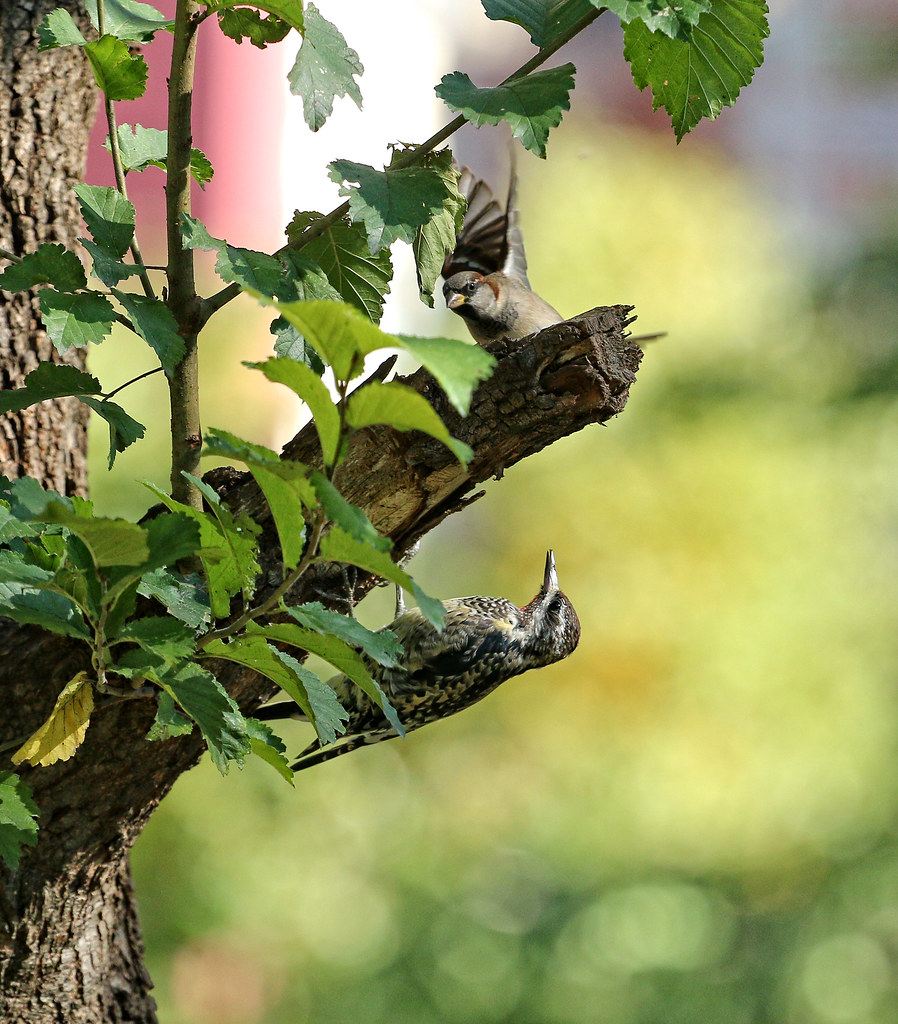 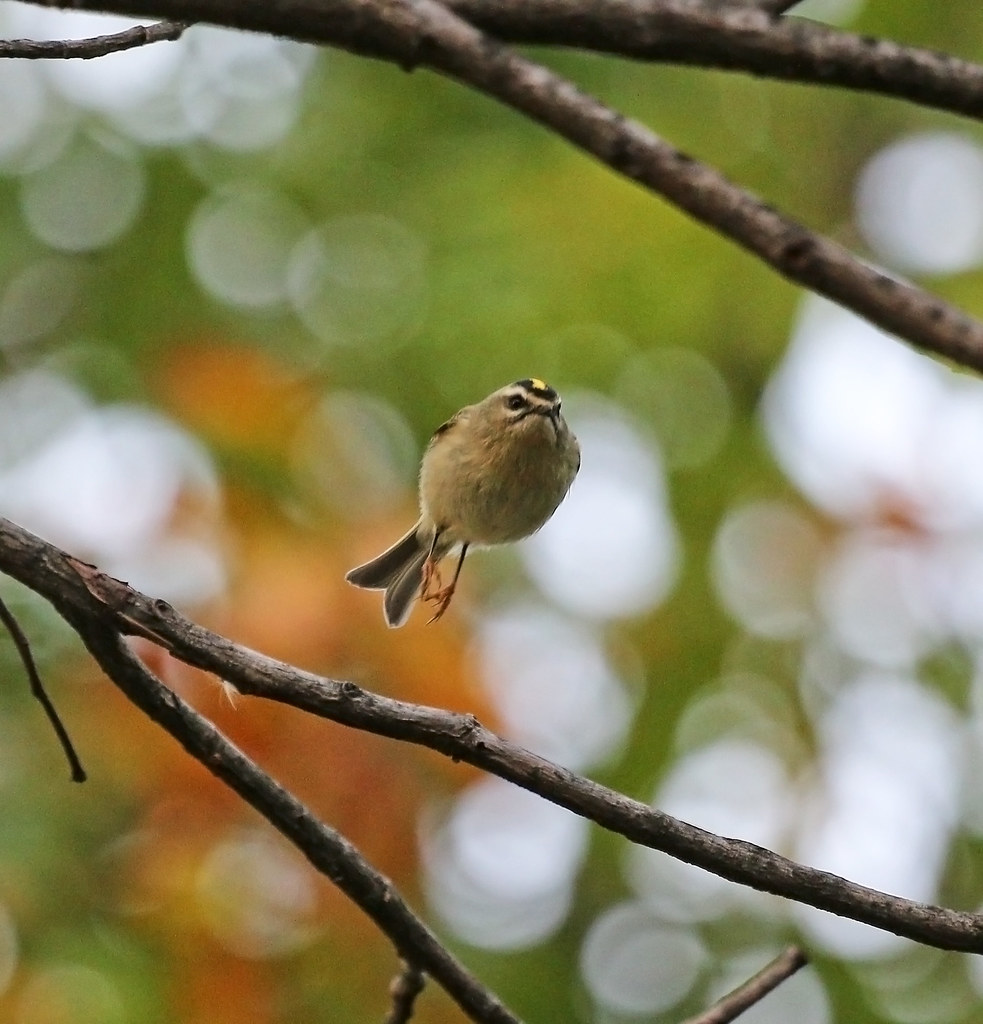 A catbird munches on a yummy berry. 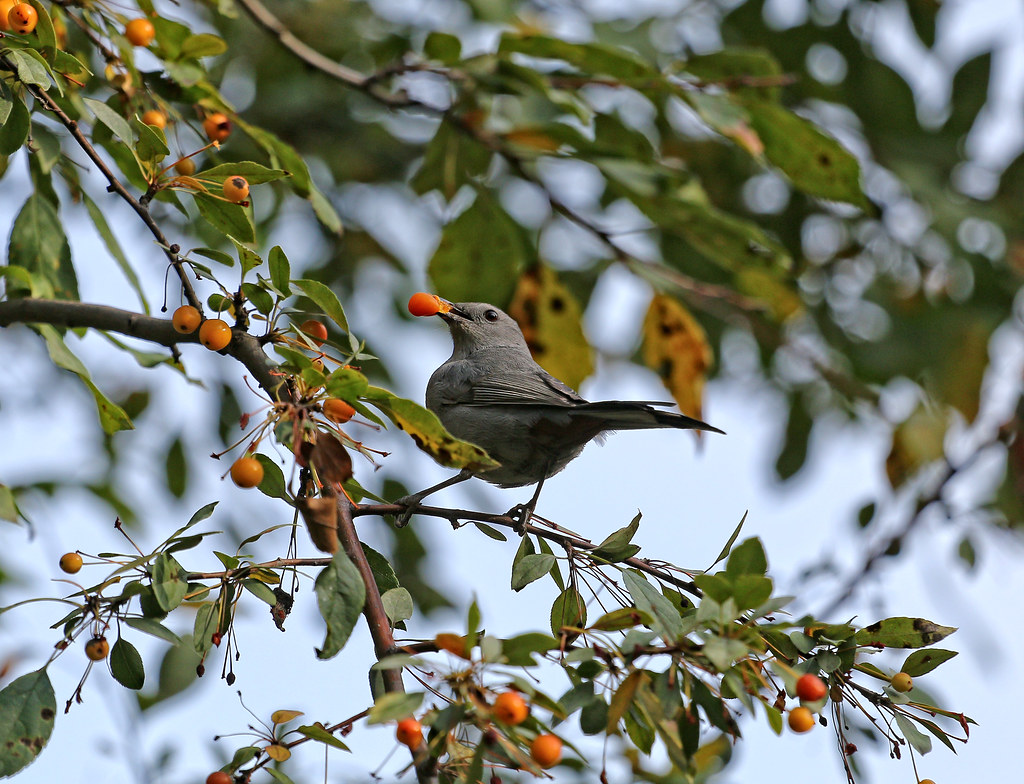 I was very excited to see this unusual bird in Central Park.  Is it a dark-eyed junco or a white-throated sparrow?  Puzzled, I consulted some birder friends and the internet and discovered there is such thing as a hybrid. 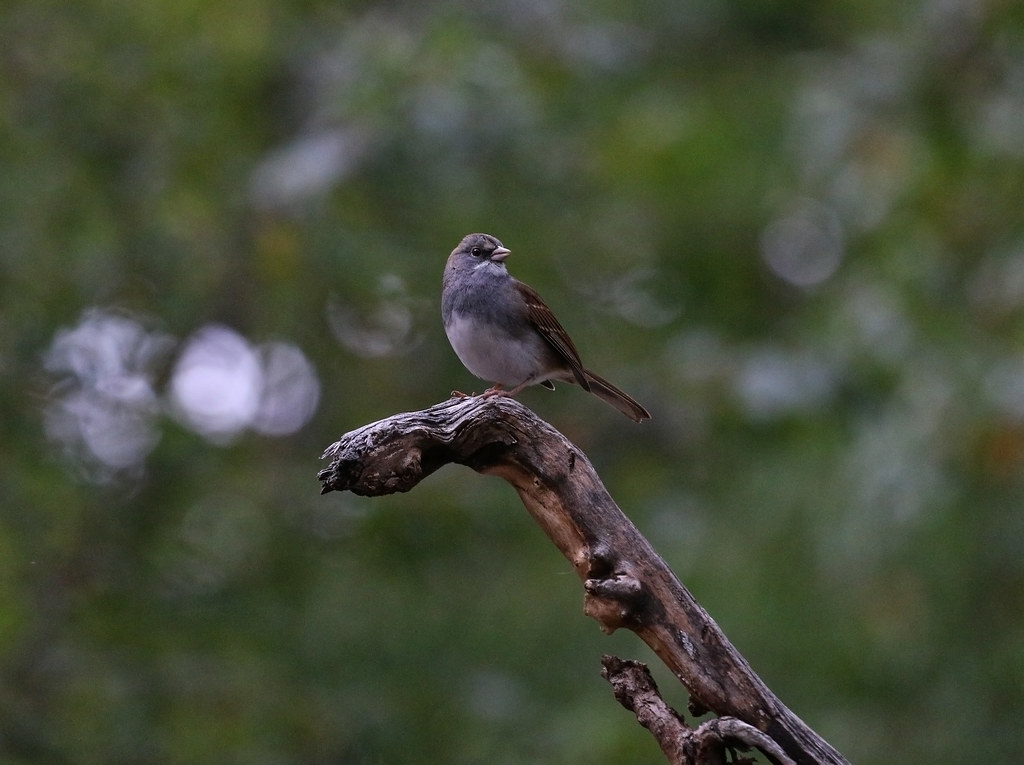 I guess I can't really do a bird post without a hawk photo, so here is Christo a few days ago. You can see the last of his new tail feathers coming in (in the middle, behind his right leg).  Looking sharp! 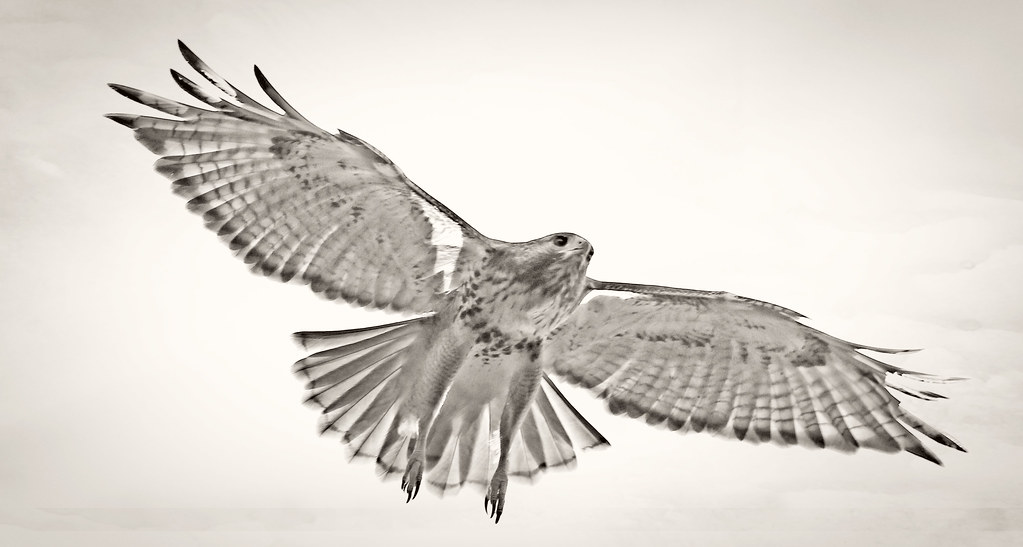