This week with Christo

It's been a busy time for red-tailed hawk Christo, as he and Dora have really been patrolling and defending their East Village territory.  Nearly every morning, I can count on seeing one or both of them atop the chimney of Village View on First Avenue and 4th Street.

On the morning of December 3, I saw Christo perched further south atop a construction tower at Allen and Rivington Streets.  His focus was on the scene to the west. 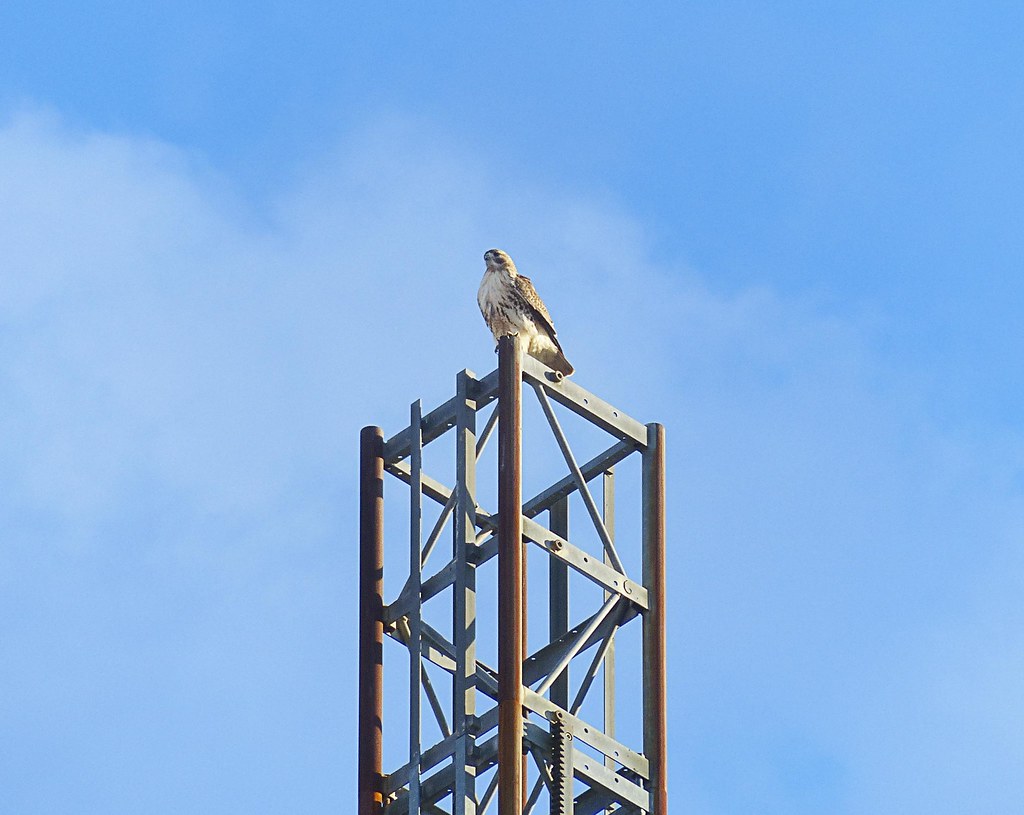 Other hawk-watchers have been telling me they've been seeing adult red-tails around the Lower East Side (south of Delancey) recently.  We have yet to determine if these hawks are Christo, Dora or newcomers to the area.  I've seen Christo and Dora go as far south and east as the Williamsburg Bridge, but I've been unable to figure out the southern border of their territory.

Saturday found Christo hunting in Tompkins Square in the late afternoon.  I've actually had a hard time photographing the birds lately as it gets dark so early and that seems to be the time when the hawks are active. 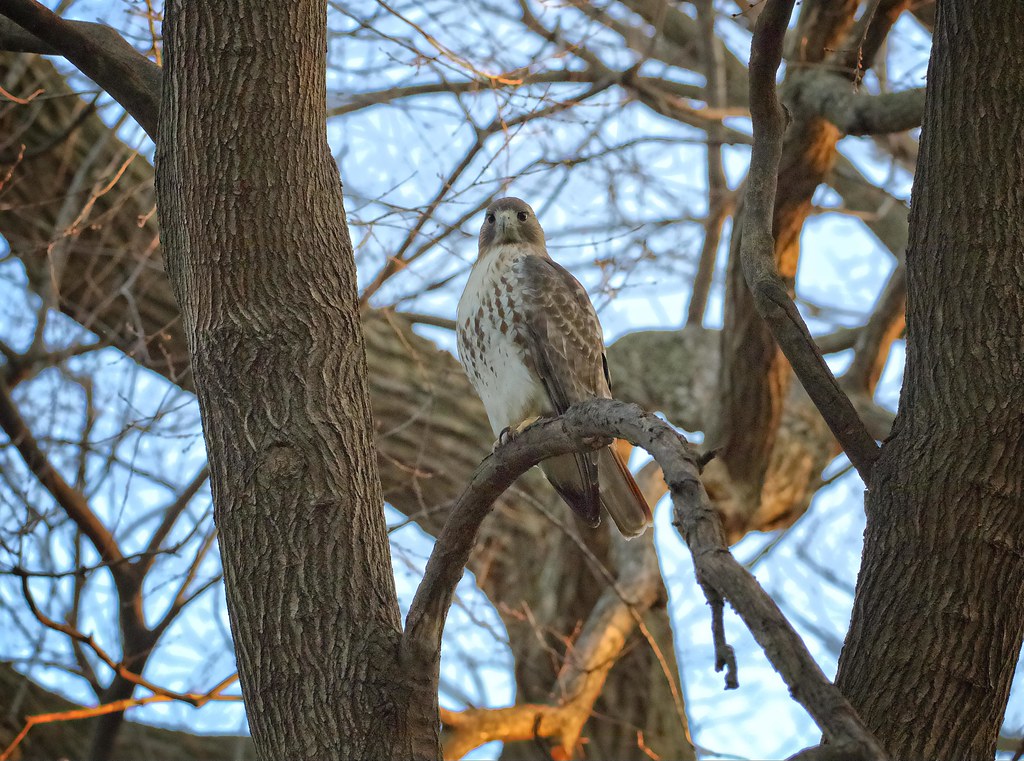 The hawks may own the skies, but the squirrels still own the trees. 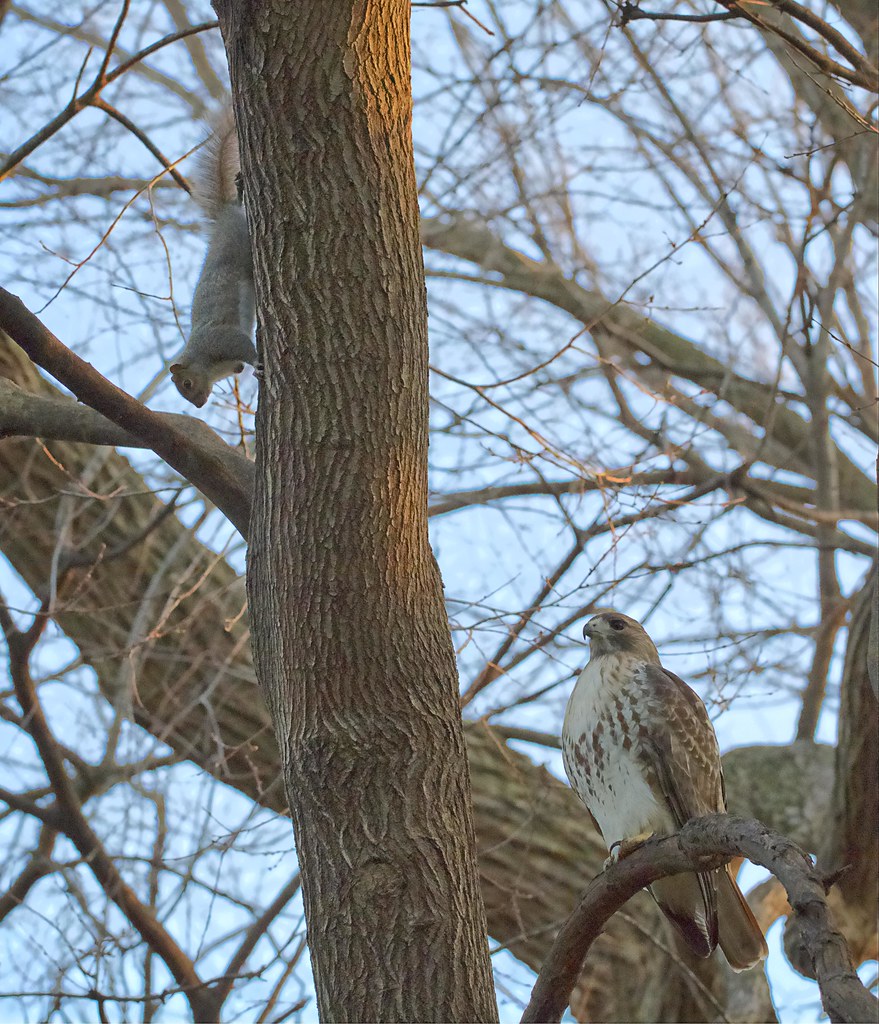 This day, I was fortunate enough to spot Christo as he went to roost.  This photo was taken well after dark, around 5pm.  He is high in the tree to the west of the Krishna tree, in the one that has the big-long-bendy-branch-that-people-hang-on-and-that-will-possibly-kill-someone-some-day. That one. 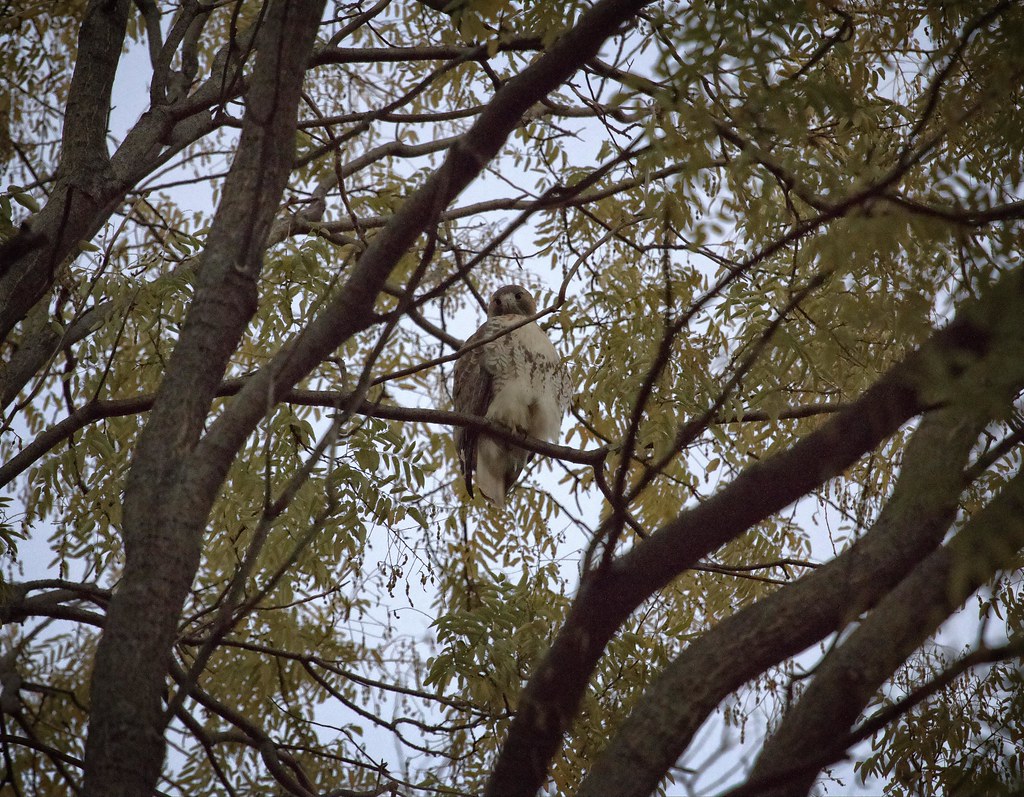 This is one of the few trees left in the park that still has a significant number of leaves.  The night after this, both Christo and Dora went to roost up high in a leafy tree near the corner of the park at Avenue B and 7th Street.  I have to wonder if they are choosing leafy trees for cover - the juvenile red-tail that was spotted on 6th Street on November 30 also chose to roost in a leafy tree.

This could mean something, or it could mean absolutely nothing!  It's probably more important to note that both Christo and Dora were roosting in the park together, very near their nest.

Sunday, Christo hung out at St Brigid's on Avenue B and 8th Street. 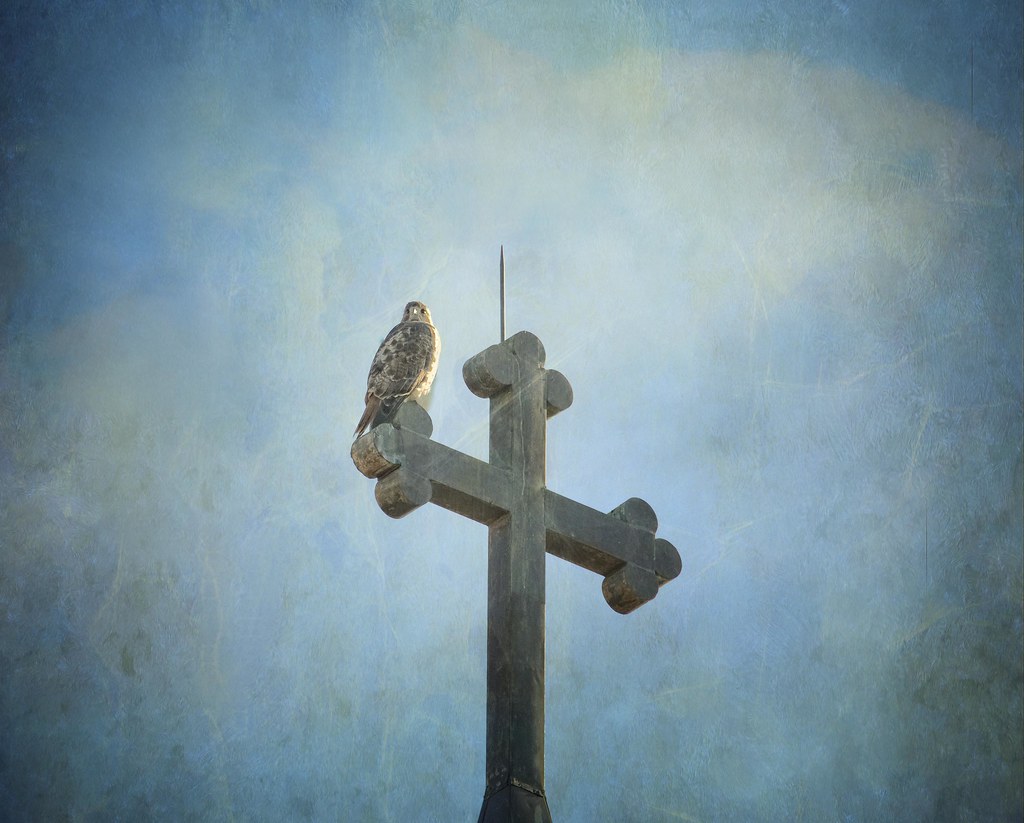 I never tire of seeing the hawks take off from the cross. 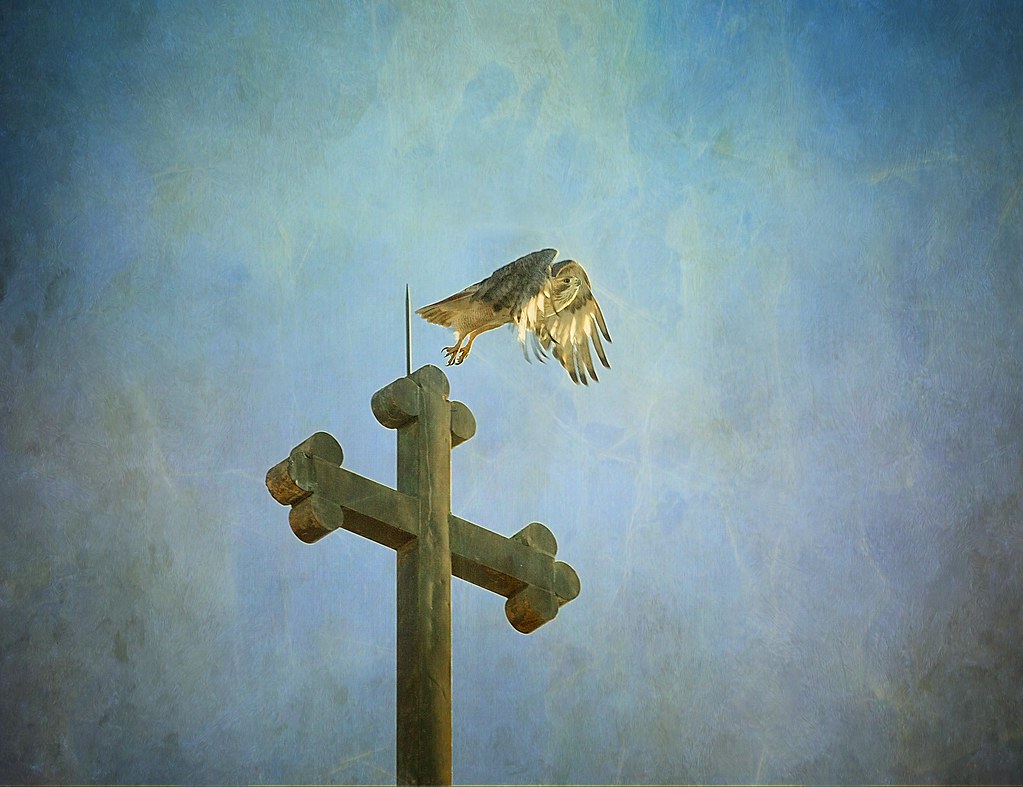 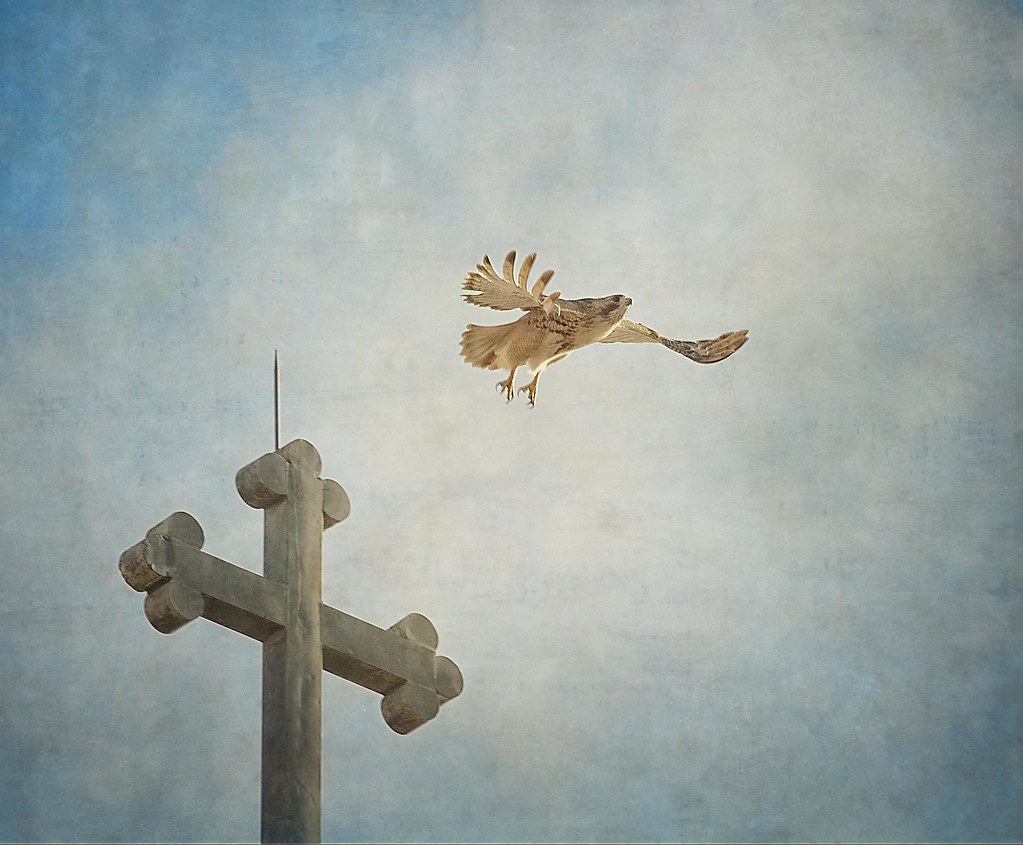 Christo attempted hunting in the shrubs near the park entrance, but didn't come up with anything. 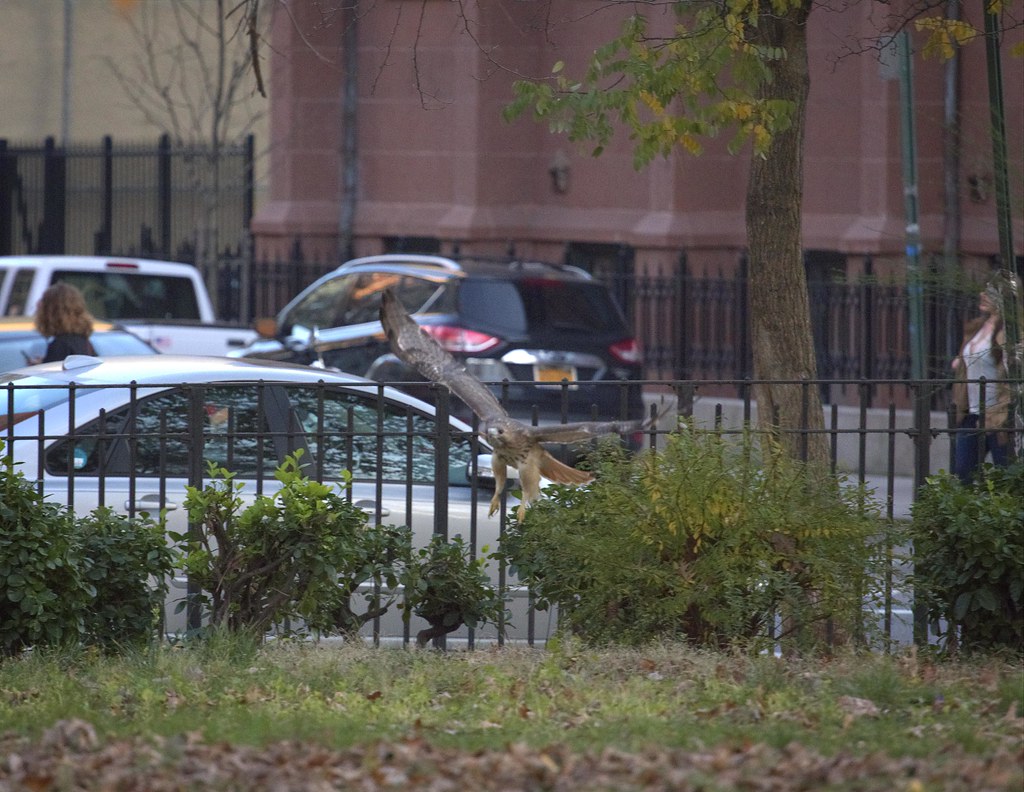 Despite barely any sunlight left, he didn't seem to be in much of a hurry.  He may have eaten earlier in the afternoon. 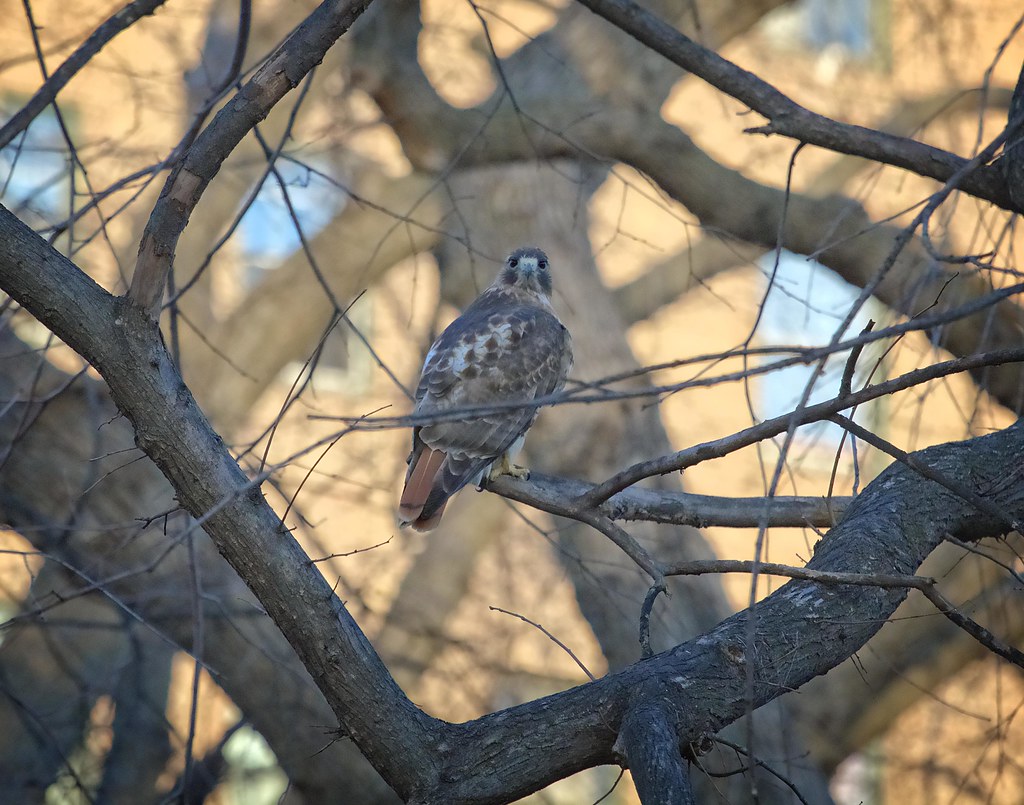 Meanwhile, Dora was calling from her perch in the sycamore on the Avenue A side of the park, so Christo took off towards her... 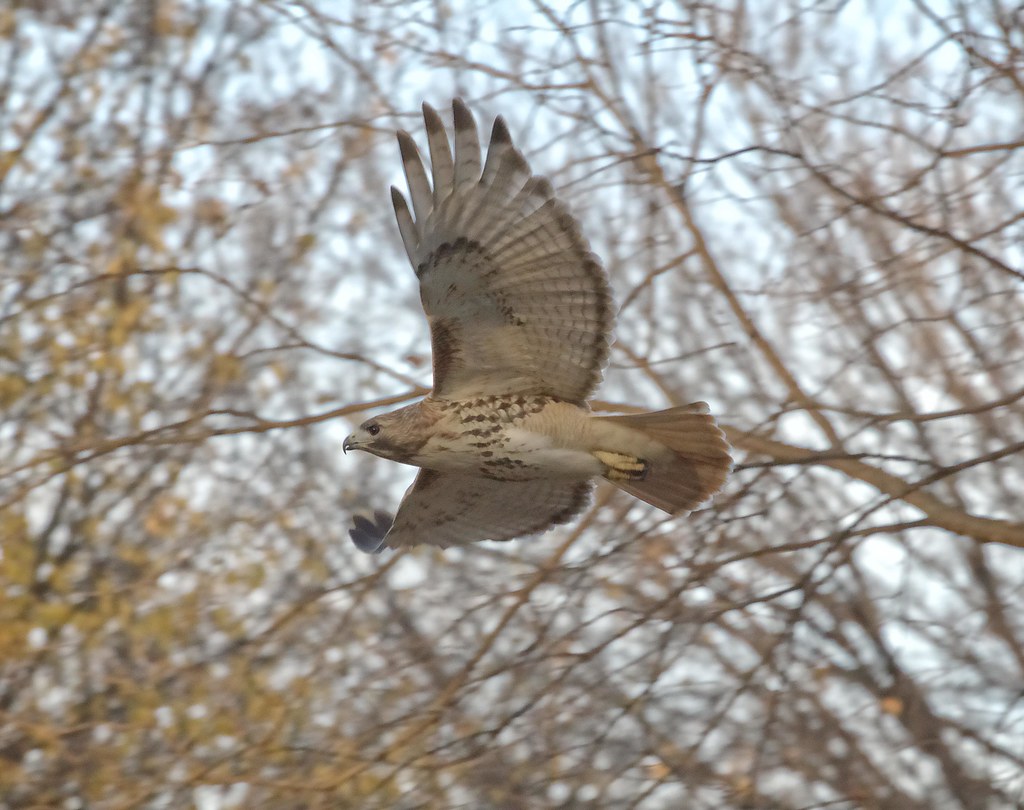 ...calling back to her along the way. 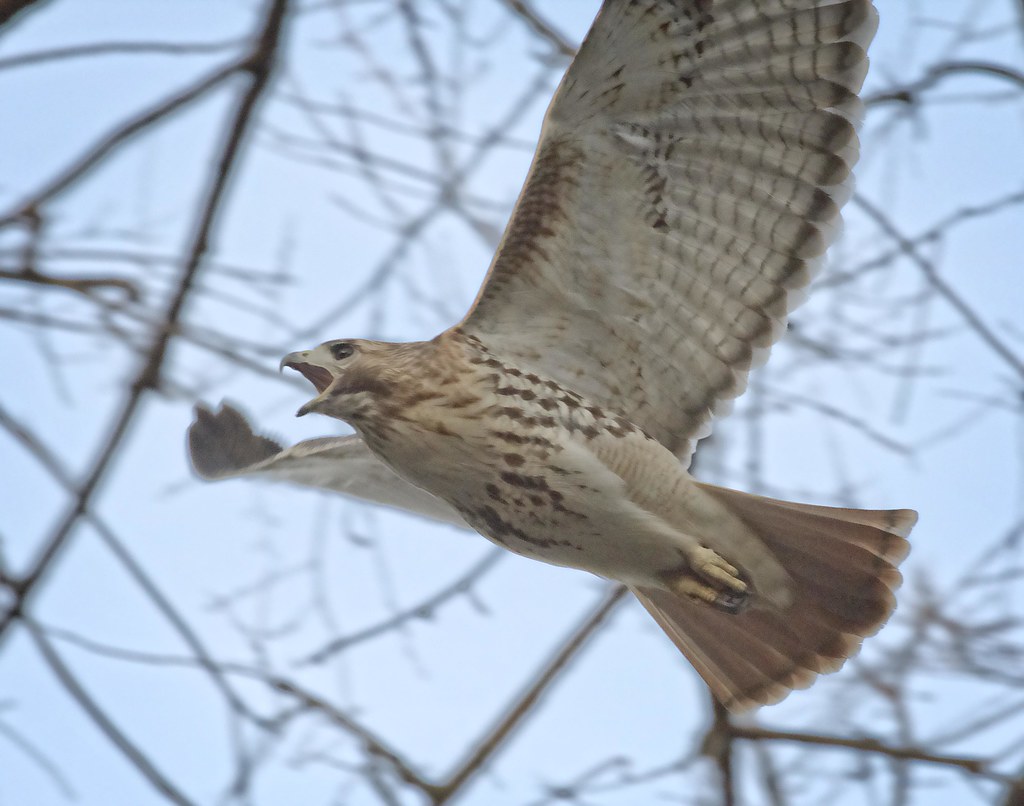 King of the Lower East Side. 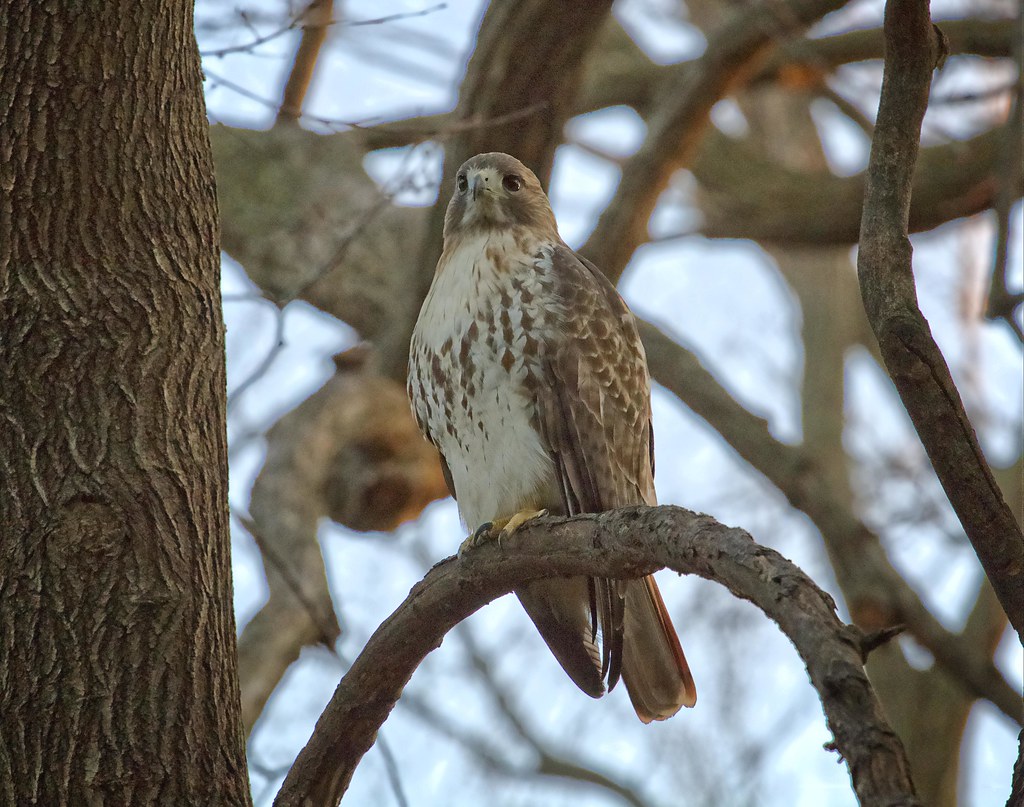 See more recent Christo and Dora photos on my Flickr page.
Posted by Goggla at 10:04 PM