I've really been enjoying the pre-nesting season this year in Tompkins Square.  Hawks Christo and Dora have been spending a lot of time in the park, keeping active by hunting, mating and building their nest.  It's always a thrill for me to see them go through their rituals as these are things I likely could never see out in the 'wild'.

Just seeing the two of them together is special.  And during this time of year, seeing them near each other usually means one thing... 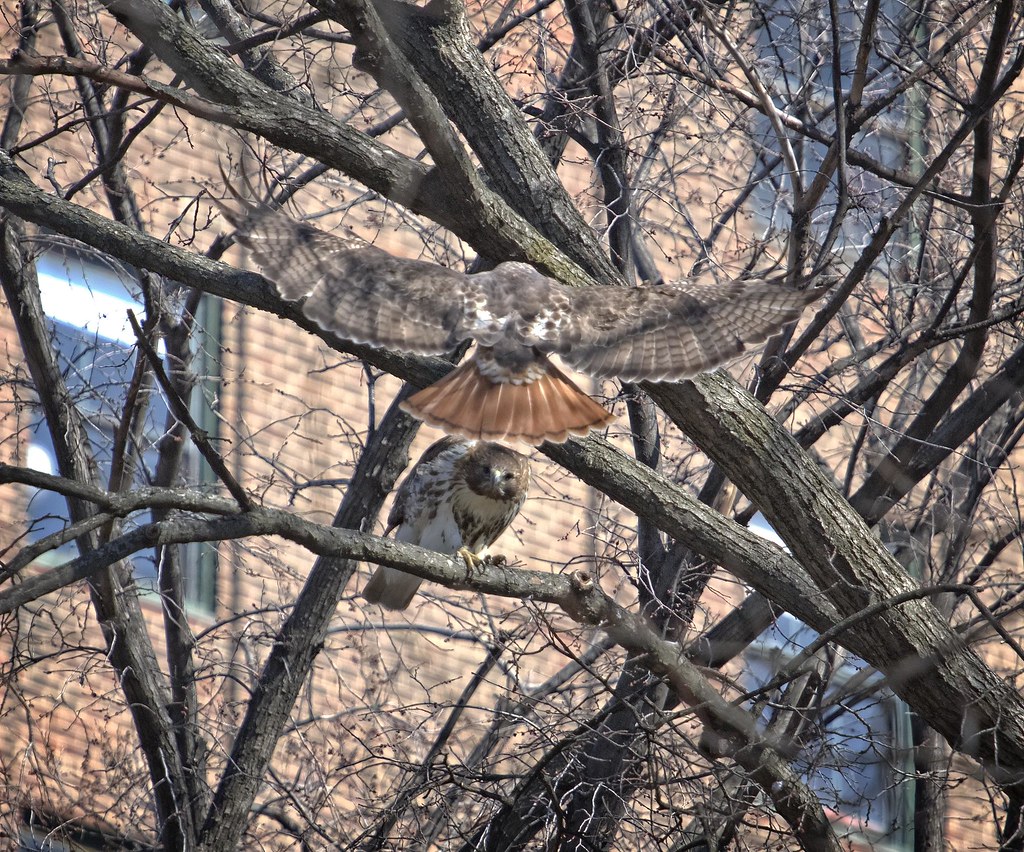 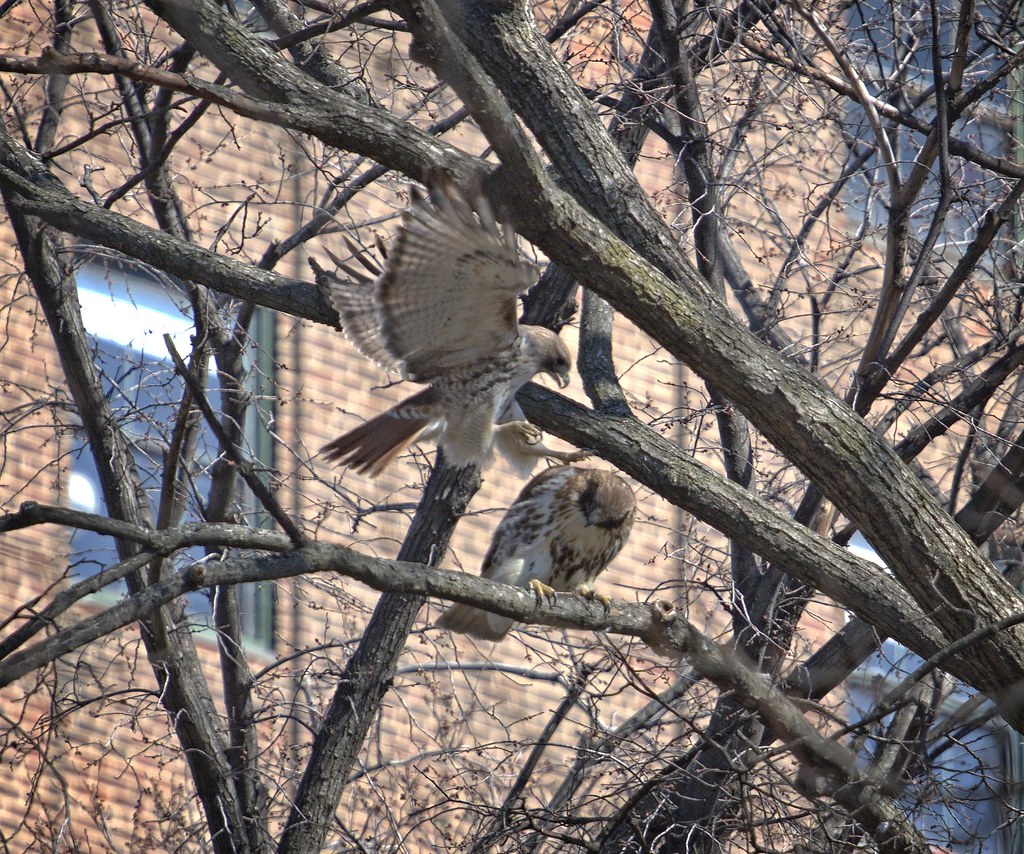 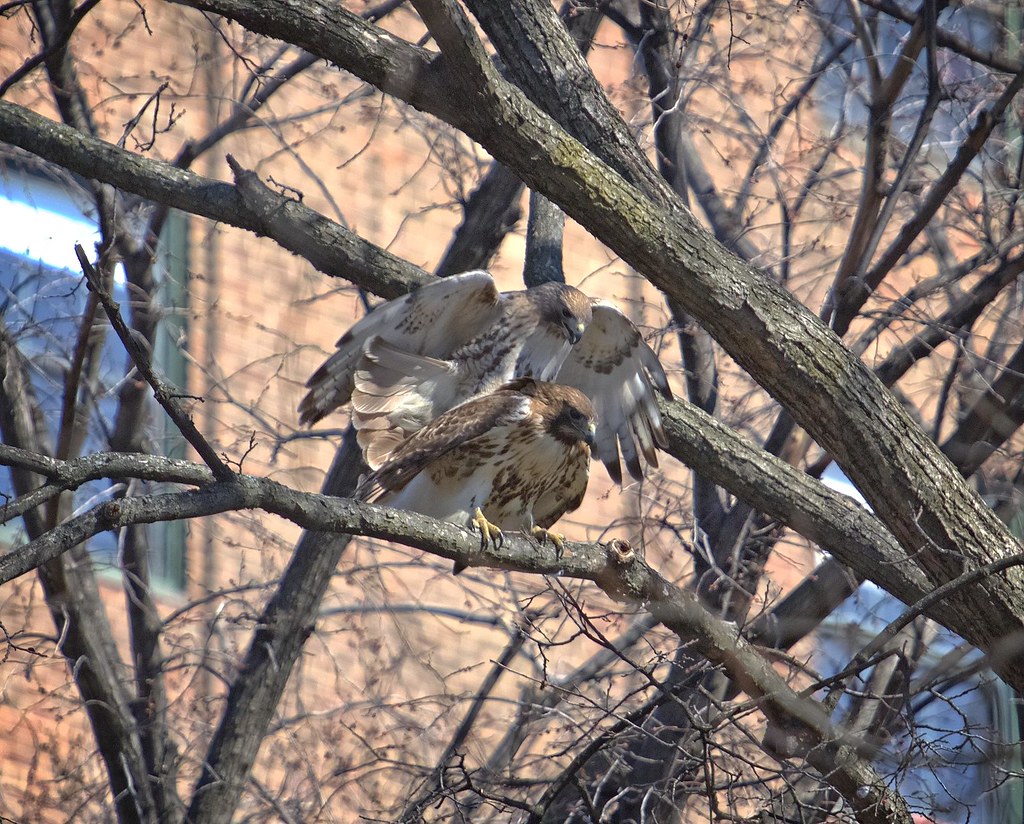 Afterwards, it's usually stick-gathering time.  Here, Dora collects a twig from a tree. 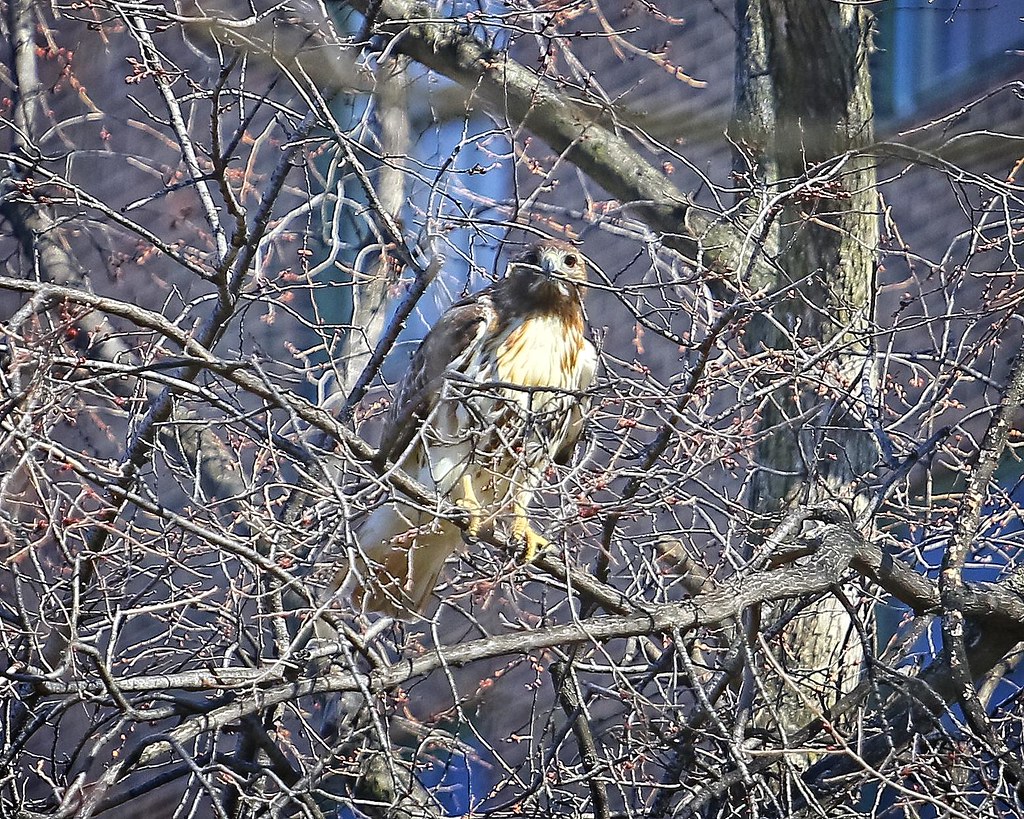 And takes it to the nest. 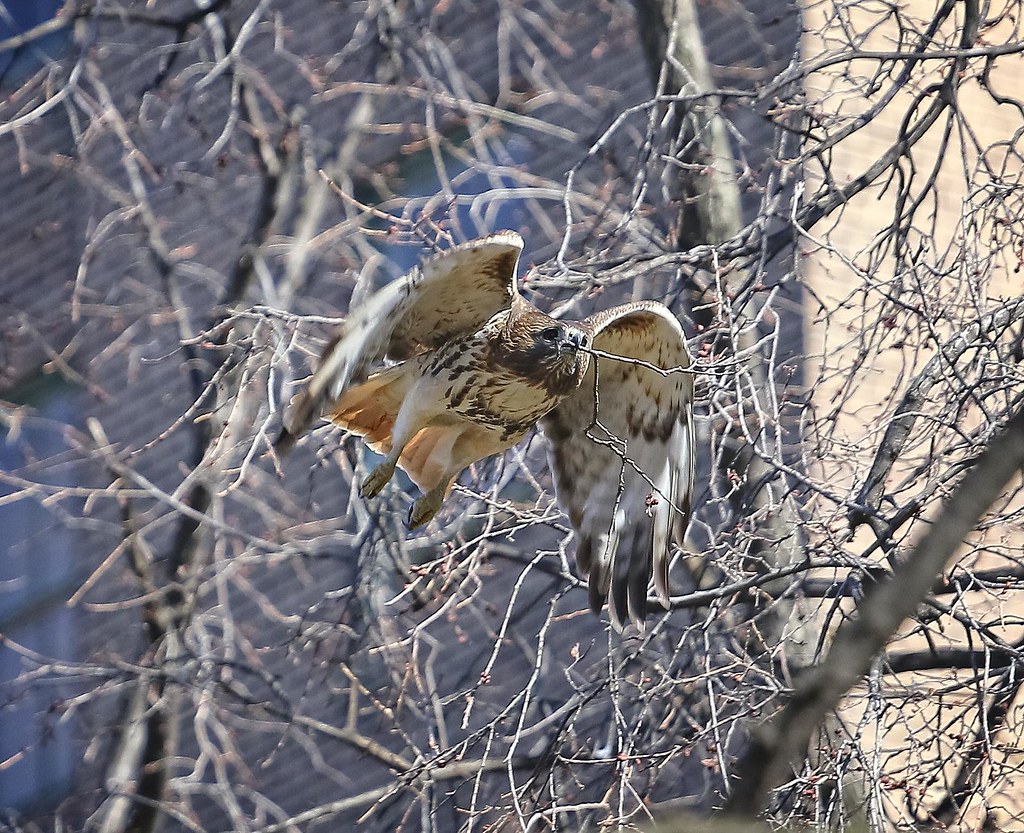 Christo goes to cut a stick with his beak. 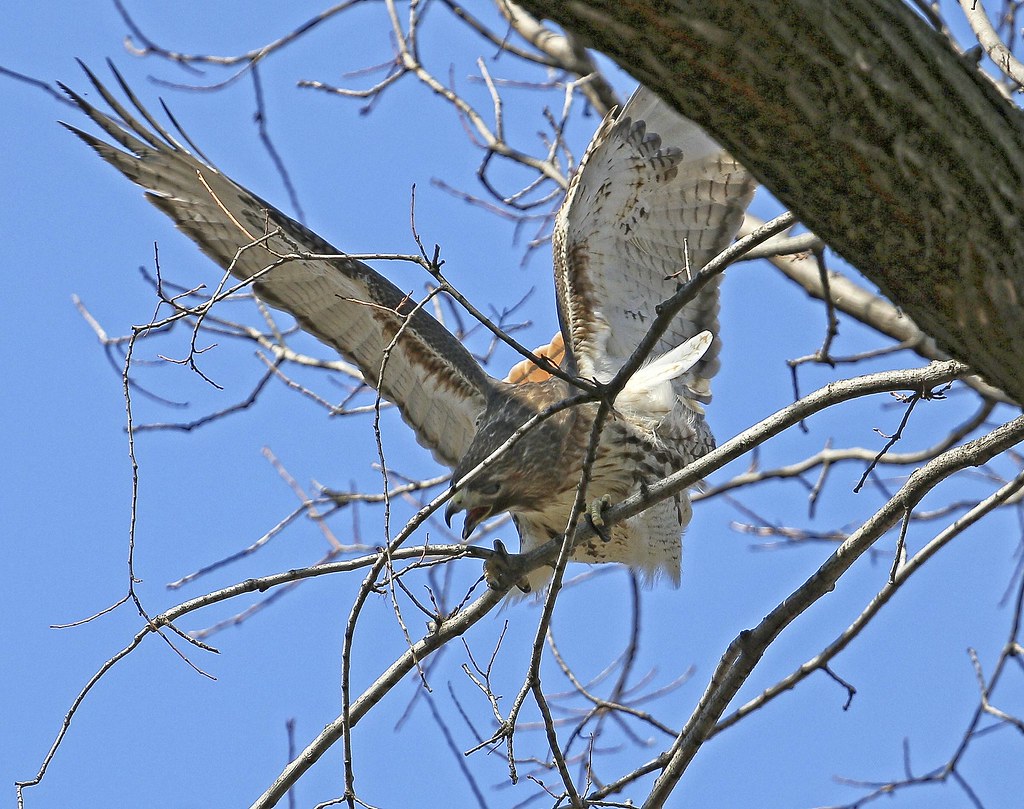 I also once saw Christo sit on a branch which broke under his weight.  As he and the branch fell, he caught it with his talons.  It was an awesome move, but I think it was an accident. 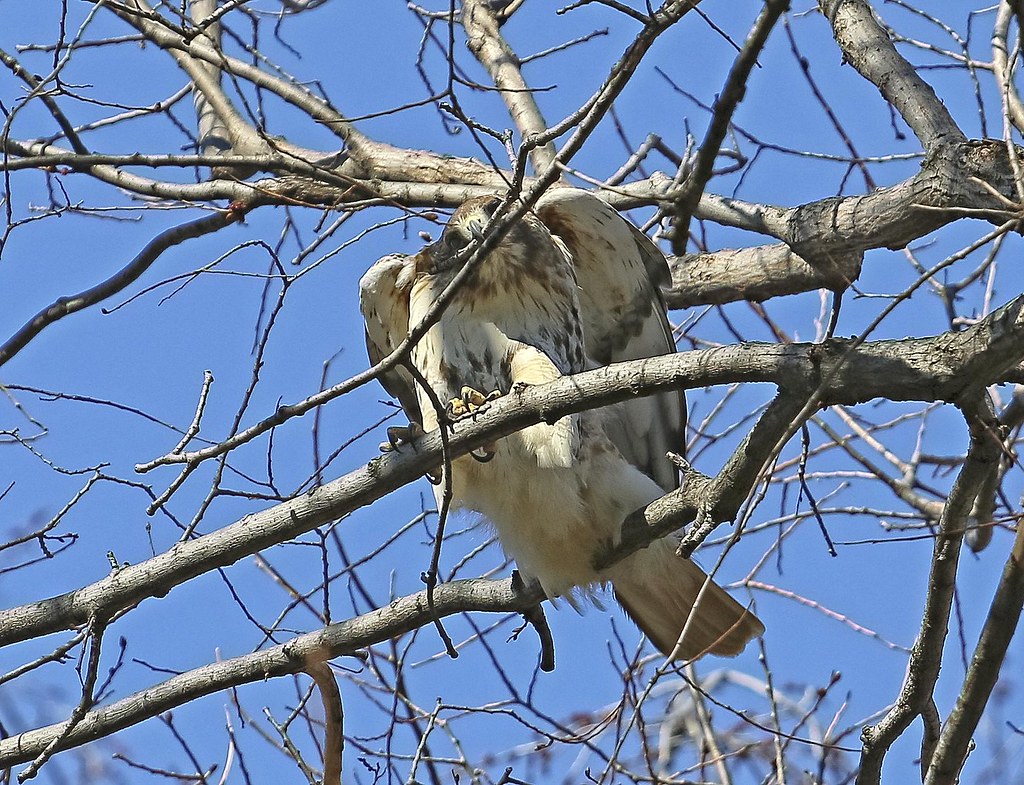 Saturday afternoon, Christo caught a pigeon near the Farmers Market on Avenue A, which attracted a large crowd of spectators. 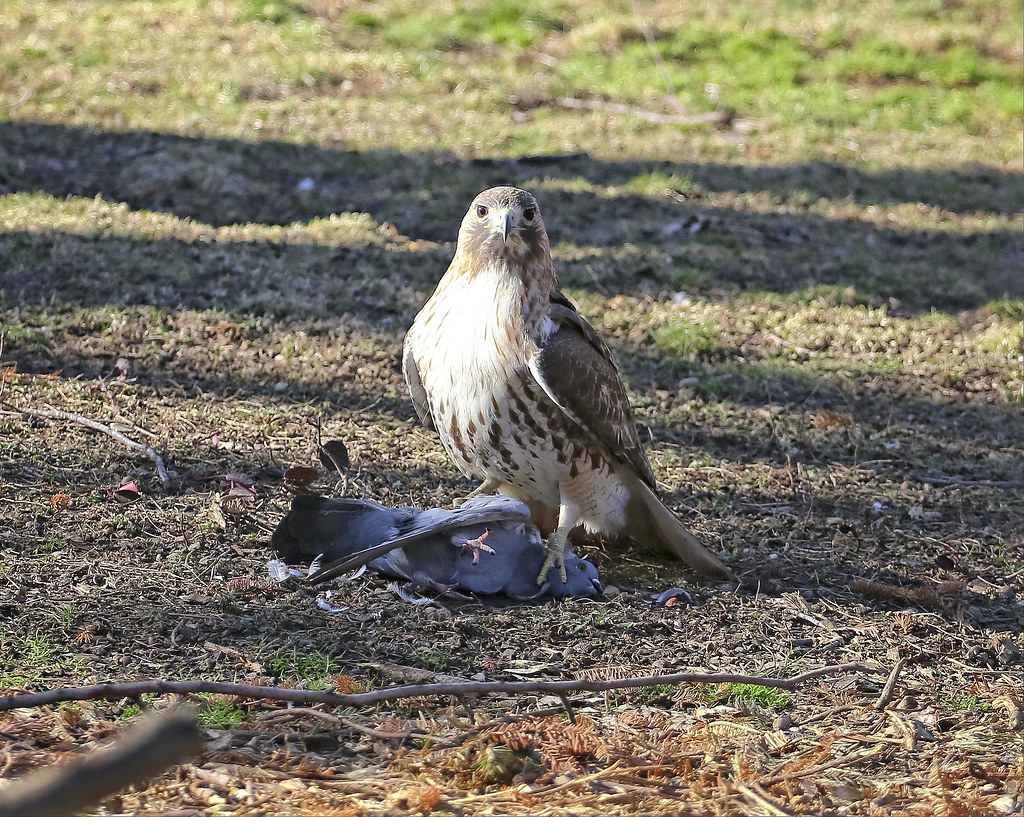 He calmly stayed on the ground for several minutes, contemplating his escape route. 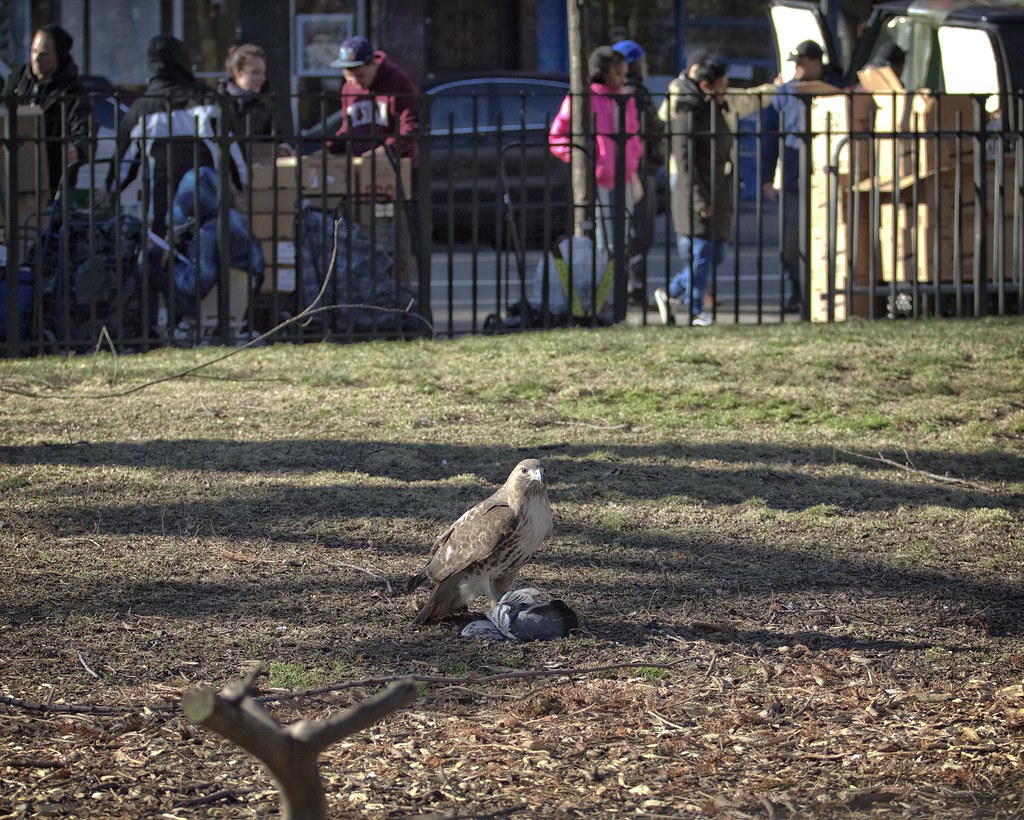 In the end, he opted to take a long flight over the grass as people were lined up along the fence. 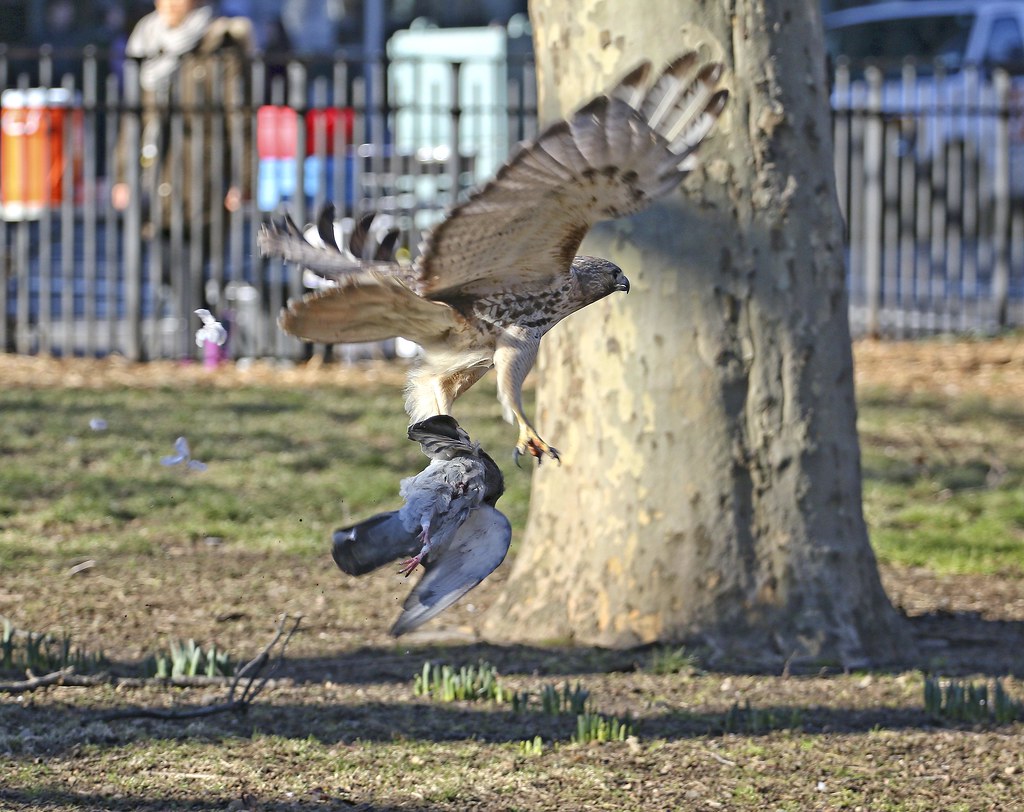 You can see here he is still only about six feet off the ground after the long take-off. 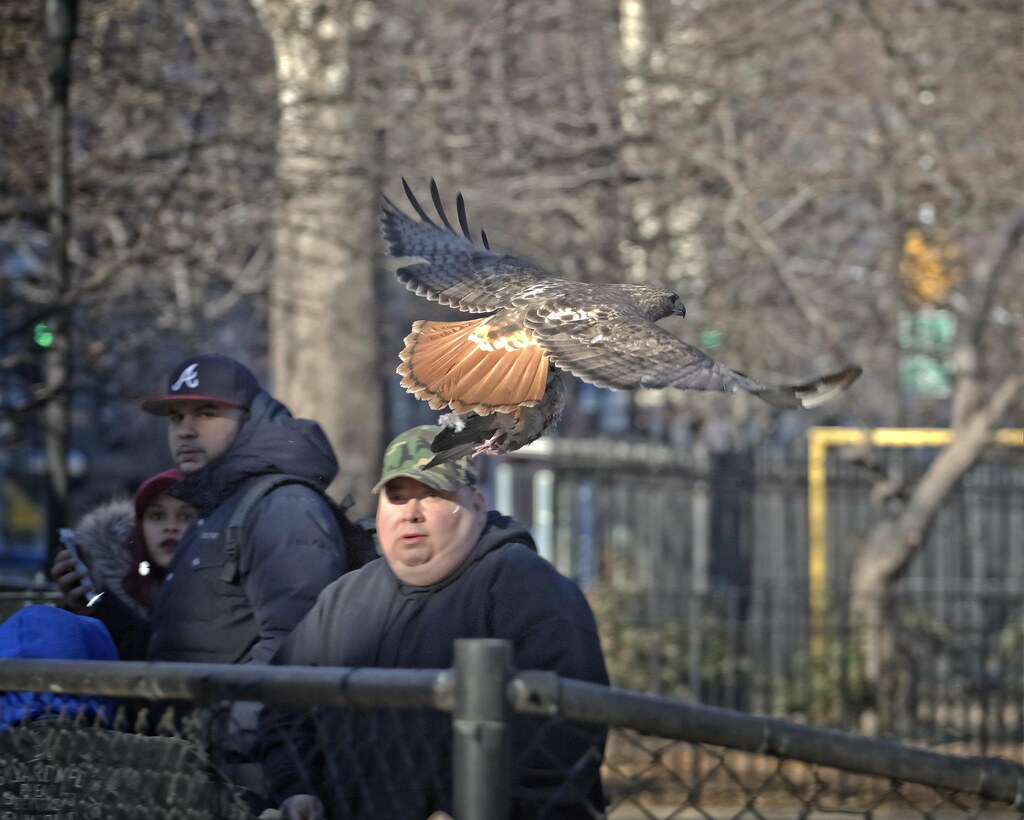 Christo took the pigeon to the big elm near the Temperance Fountain and called to Dora. When she didn't respond, he flew it to a tree closer to where she was perched. 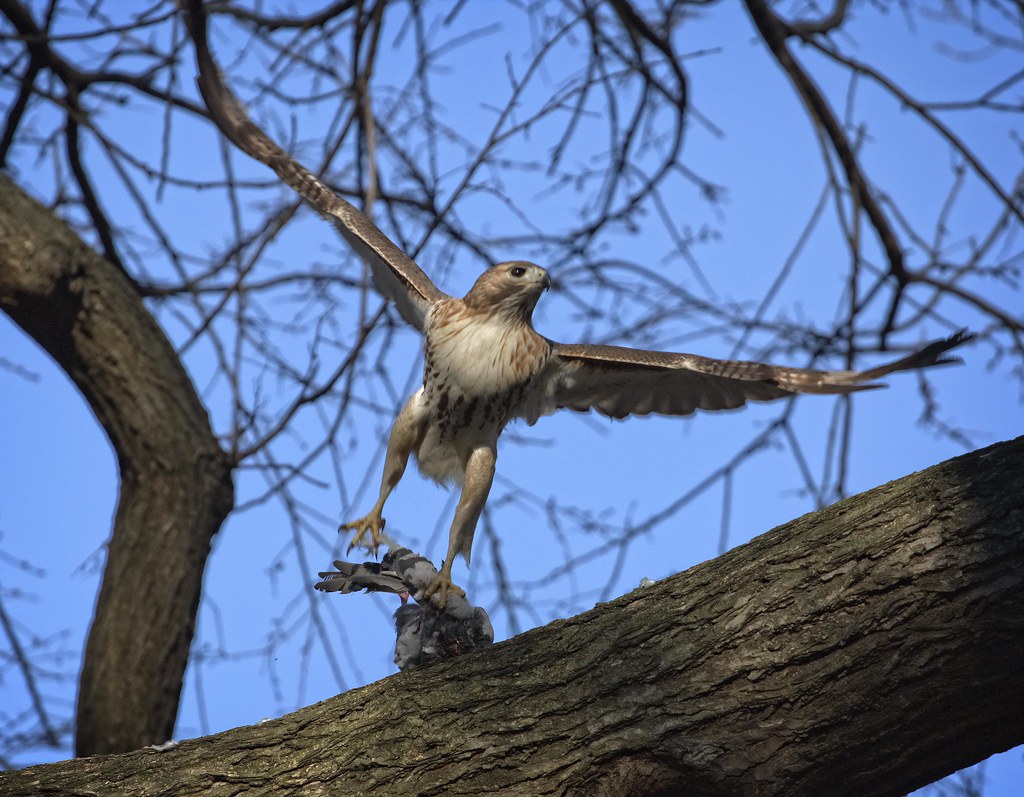 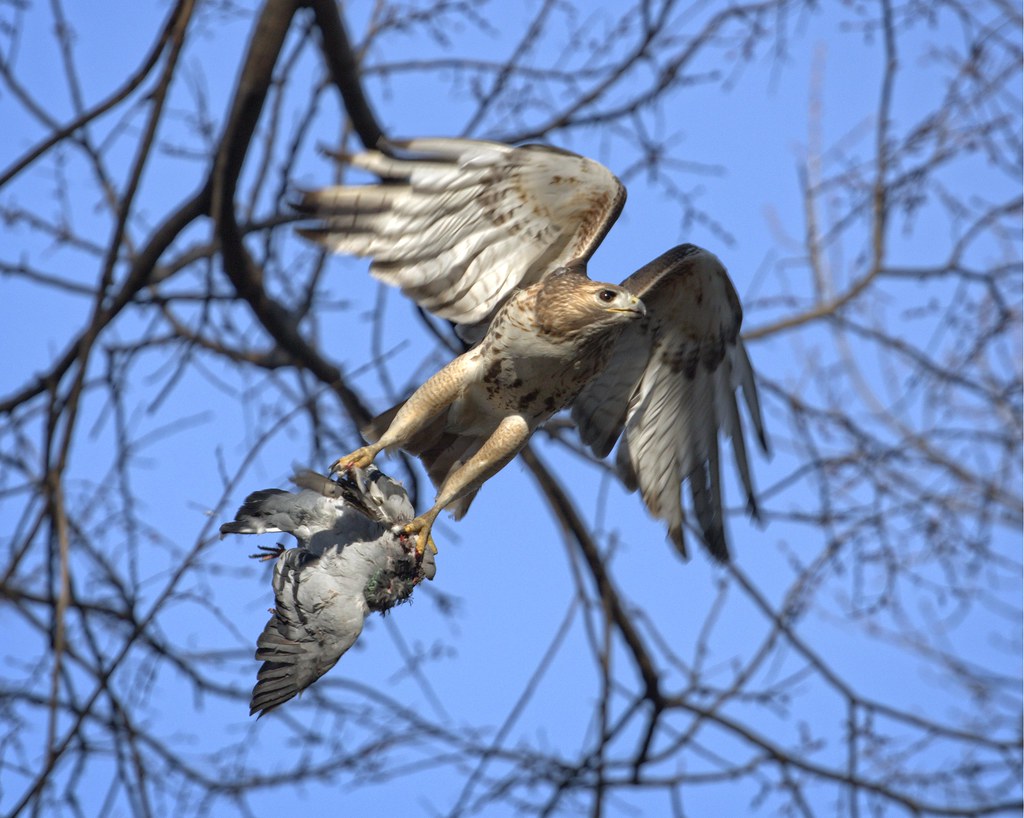 There, he proceeded to prepare her meal as she came over and watched. 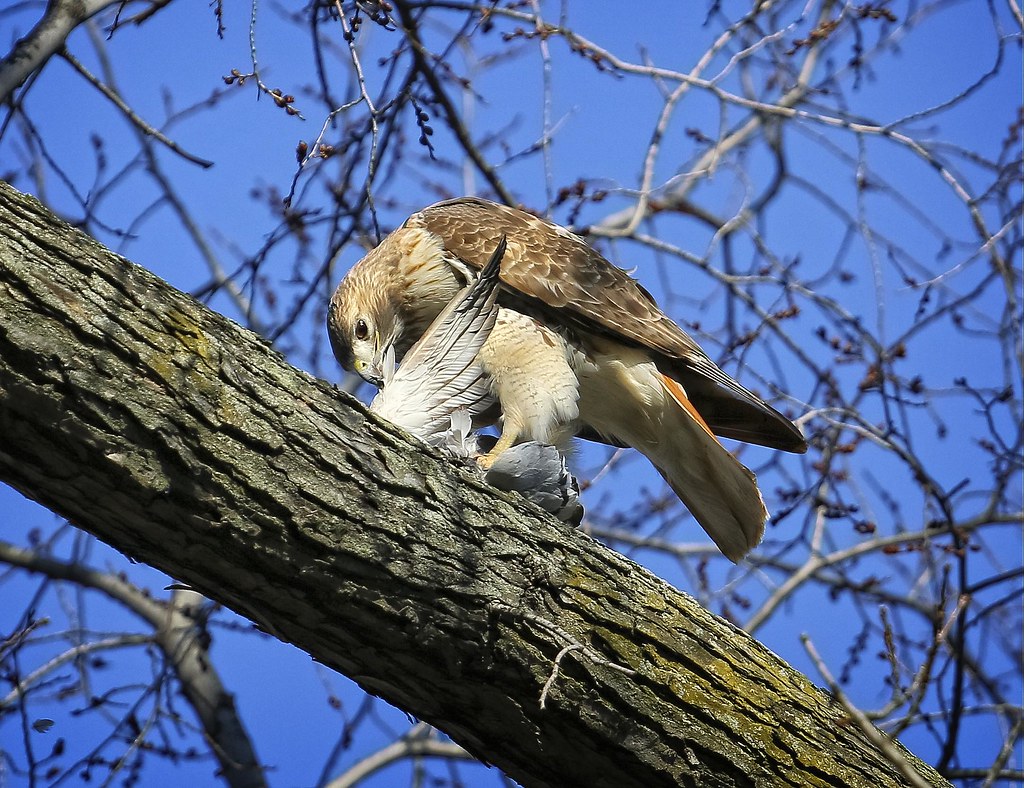 When Christo had plucked the pigeon to her liking, Dora took it to a branch near the flagpole where she finished off the meal. 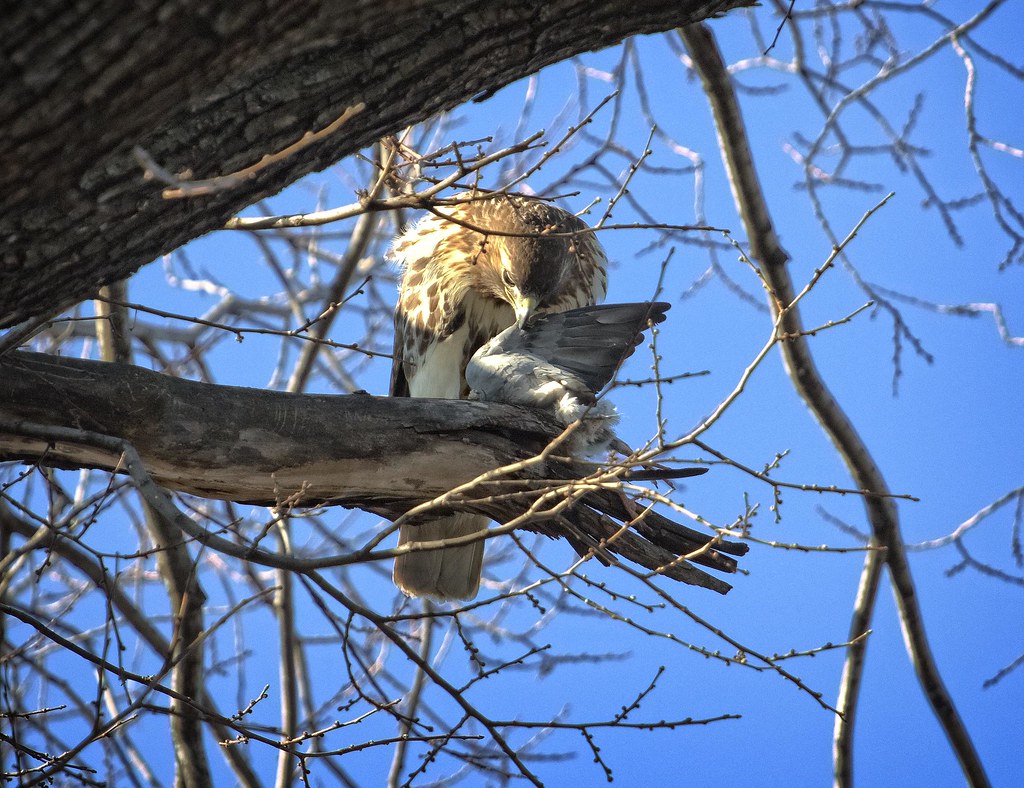 After the big dinner, she rested as the sun went down. 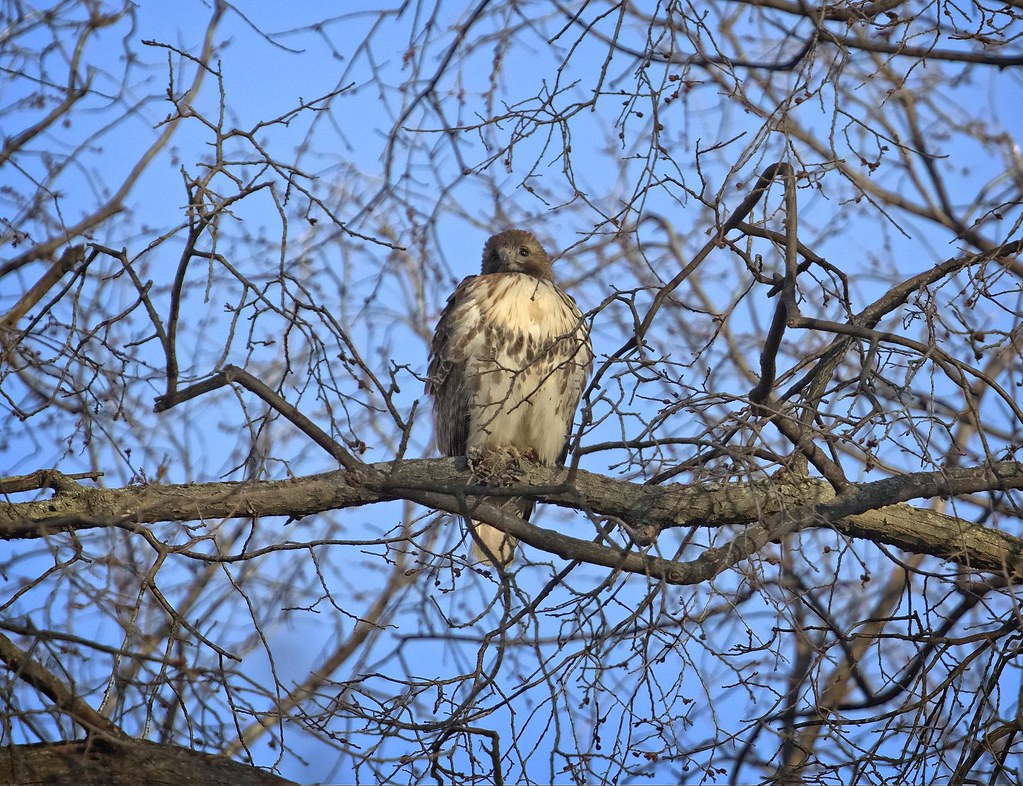