The big news around Tompkins Square recently has been this opossum, who mysteriously appeared in the park a couple of weeks ago. 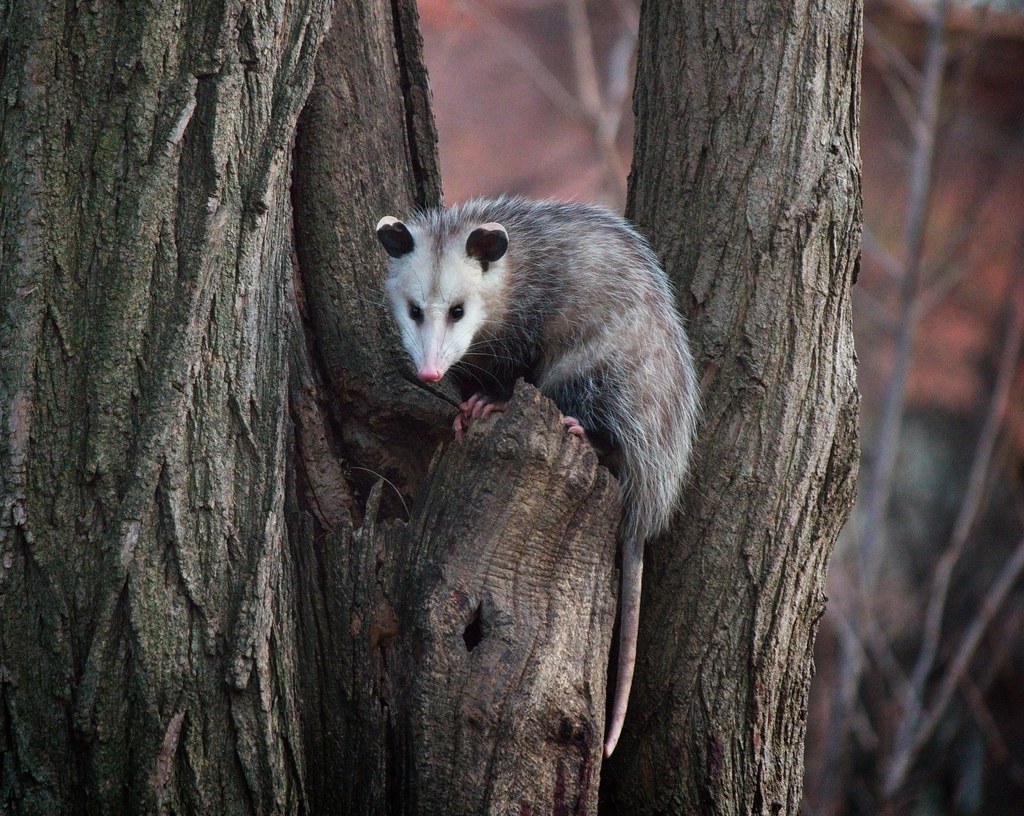 I haven't seen a live opossum since I was a kid, so seeing one right here in the East Village took me by surprise. 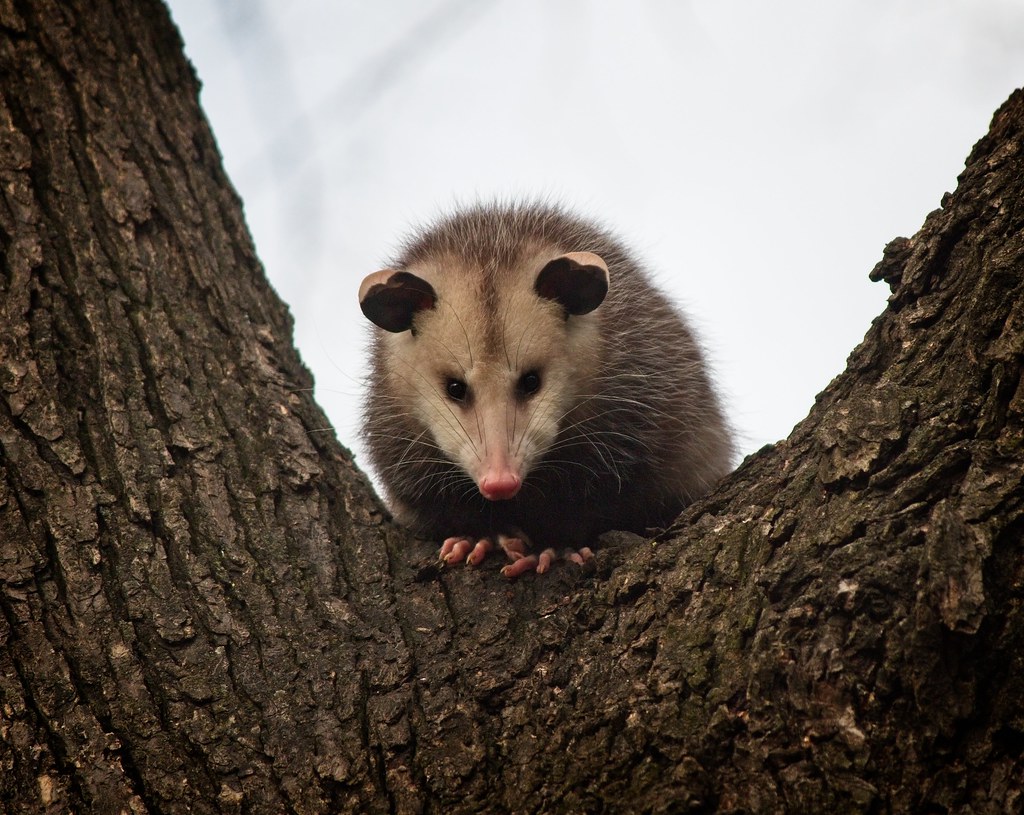 According to the Opossum Society of the United States, these little guys have earned the moniker "Nature's Little Sanitation Engineers" because they clean up garden pests like insects, rats, mice, slugs and snails. 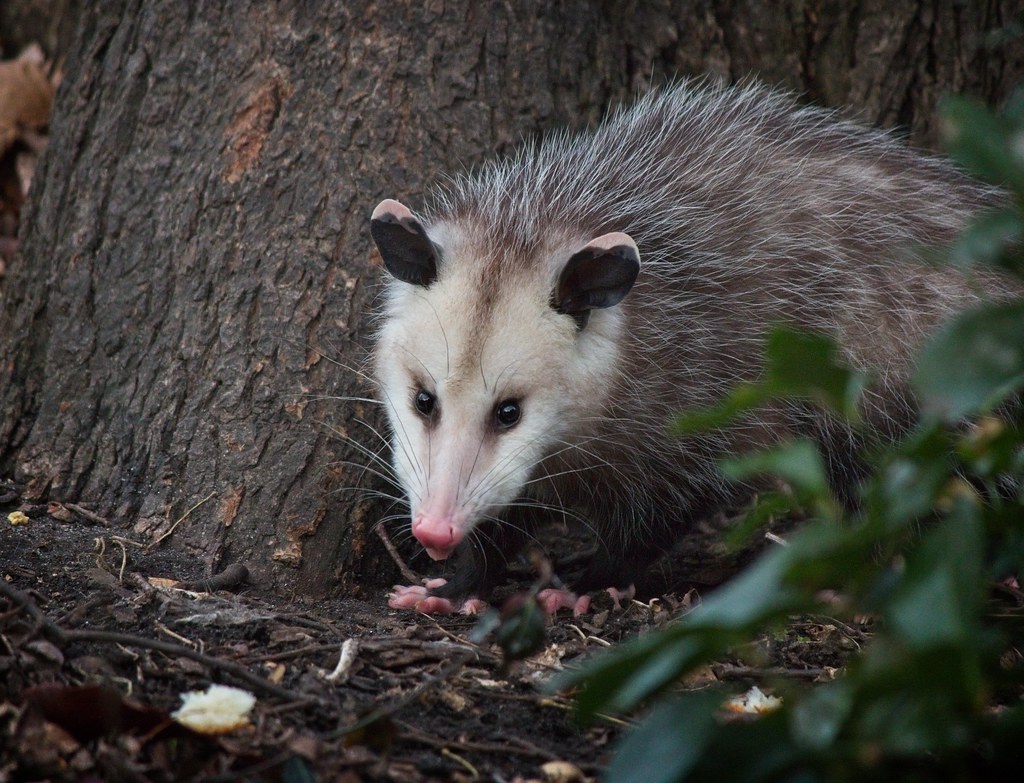 They also like rotting fruit which may explain why I saw this one eat some old lettuce. 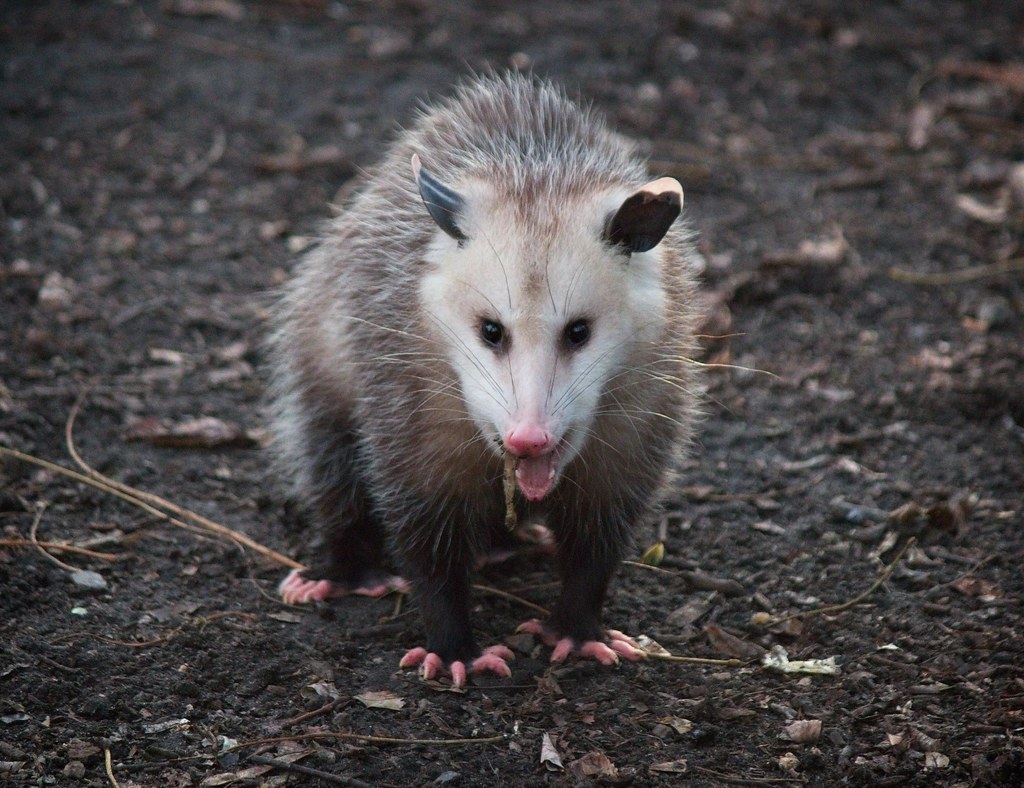 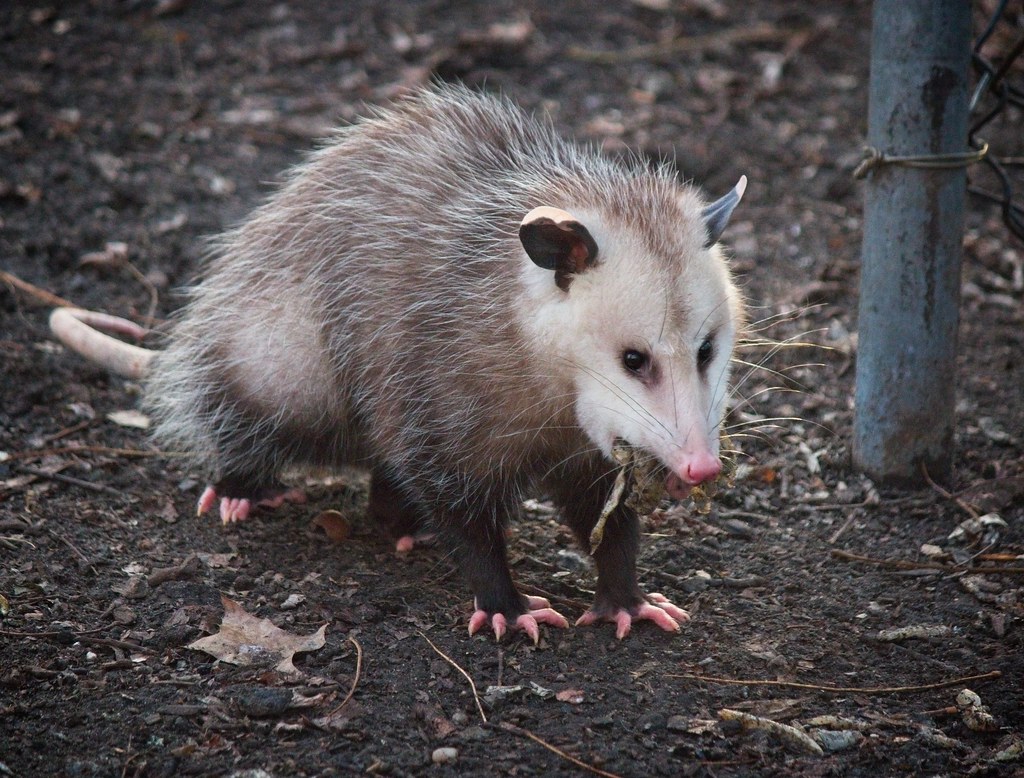 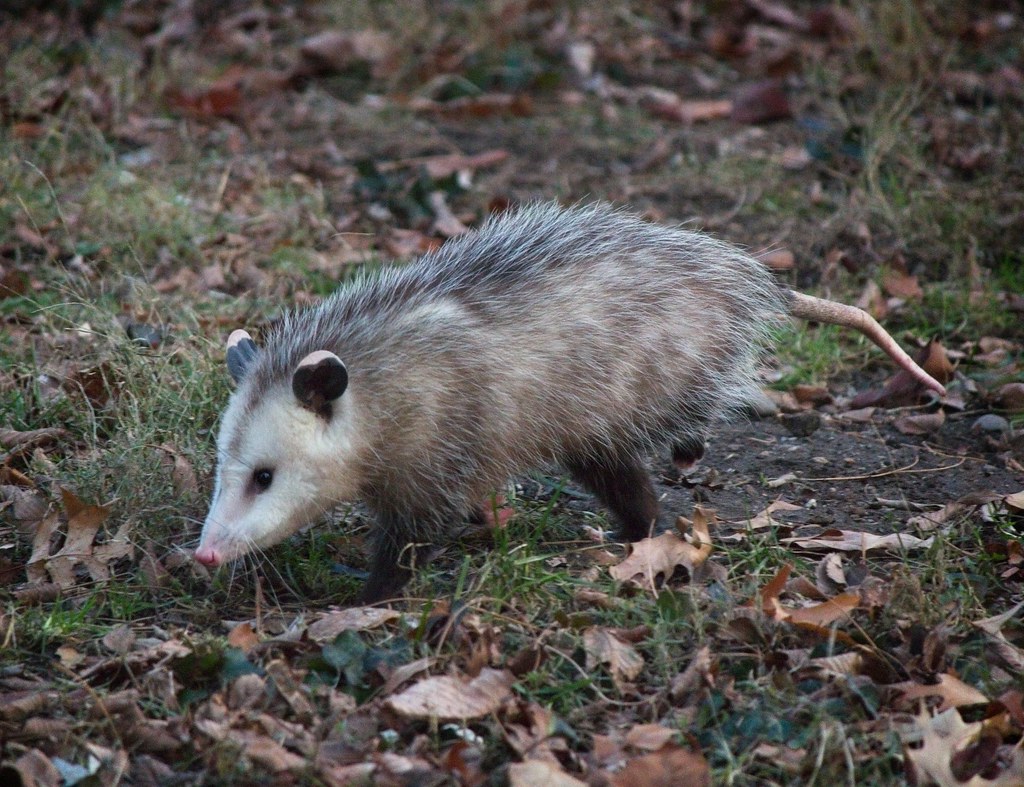 I went a bit crazy with videos as I don't see opossums every day.

In this first one, Christo the hawk pays a visit to the tree where the opossum rests.  I could hear Christo calling from across the park before he flew into the tree and I had to wonder if he was puzzled by what he saw.  In the end, he seemed cool with it and went about his business.

I think the opossum was blocking some squirrels from their nest in the tree.  As it got dark, the squirrels kept approaching the opossum, but it didn't budge.

The opossum spent a good deal of time watching rats run around the base of the tree, although it did not go after them.

Someone put out cat food for the opossum, which it seemed to like.  At the time I took the video, I didn't know what the food was.

On Christmas Eve, the opossum gathered leaves and took them up into a hole in a tree where I assume it bedded down.  Watching how it collected the leaves and used its tail to carry them like firewood was fascinating. 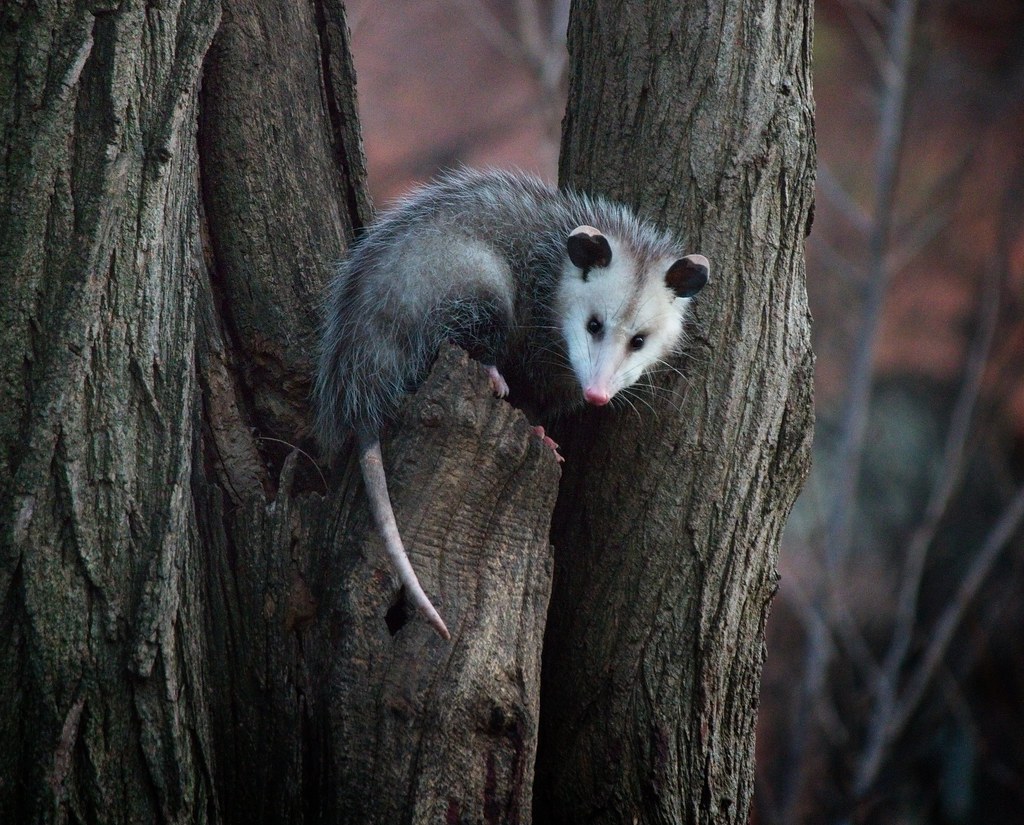 I last saw the opossum on Sunday, so I hope it's still out there doing its thing.