Chilling with red-tails Amelia and Christo in Tompkins Square

Finally, after what seems an entire summer without much Tompkins Square hawk activity, I was able to spend some quality time with Amelia and Christo. The hawks have been around the neighborhood all summer, but without fledglings to raise, the hawks have spent a lot of time outside the park.

Yesterday, I caught up with Amelia as she perched in a tree on the east side of the park. 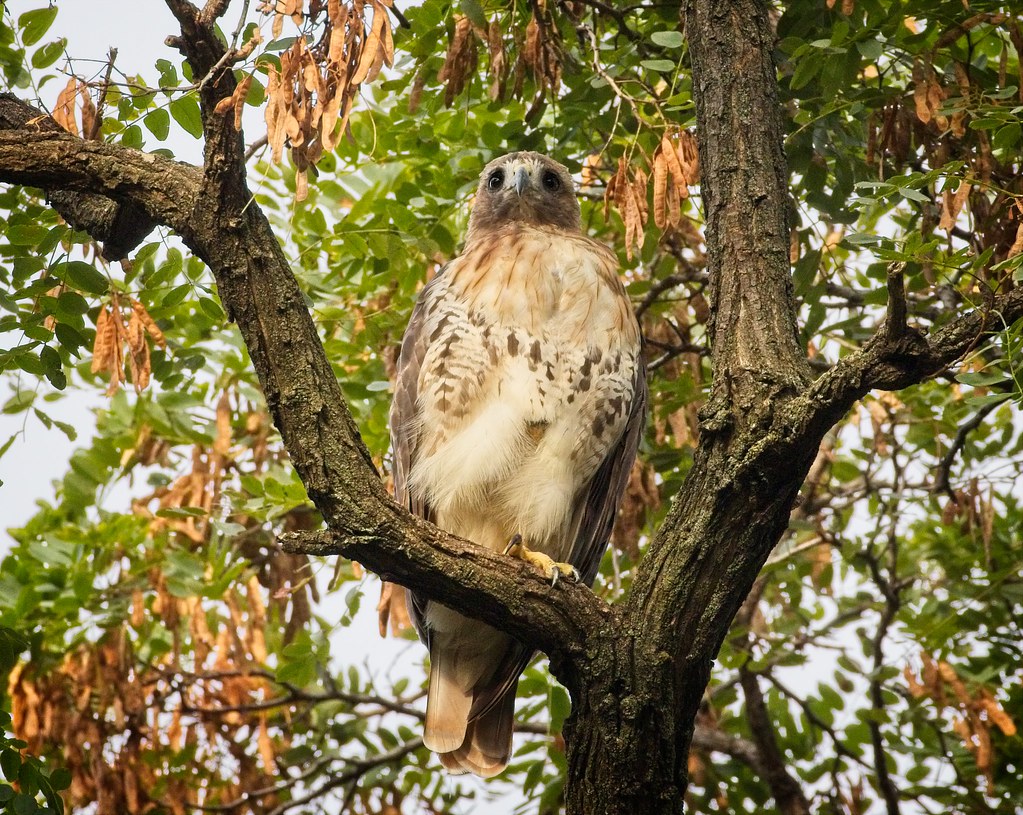 She had just eaten a pigeon, and spent about an hour quietly preening and stretching. She is still going through her summer molt, so she looks a little rough around the edges, especially around her eyes and face.

Below, Amelia stretches her right foot down below the branch as she extends her right wing. 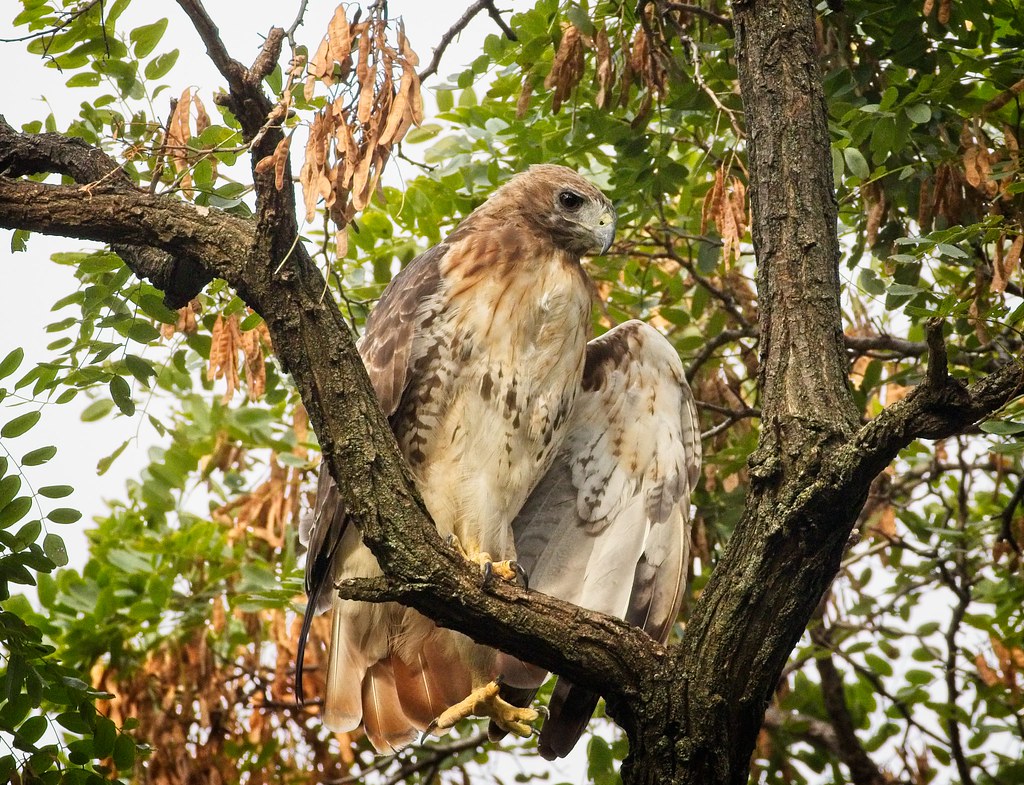 She then fans her tail while stretching her right wing all the way behind her back. 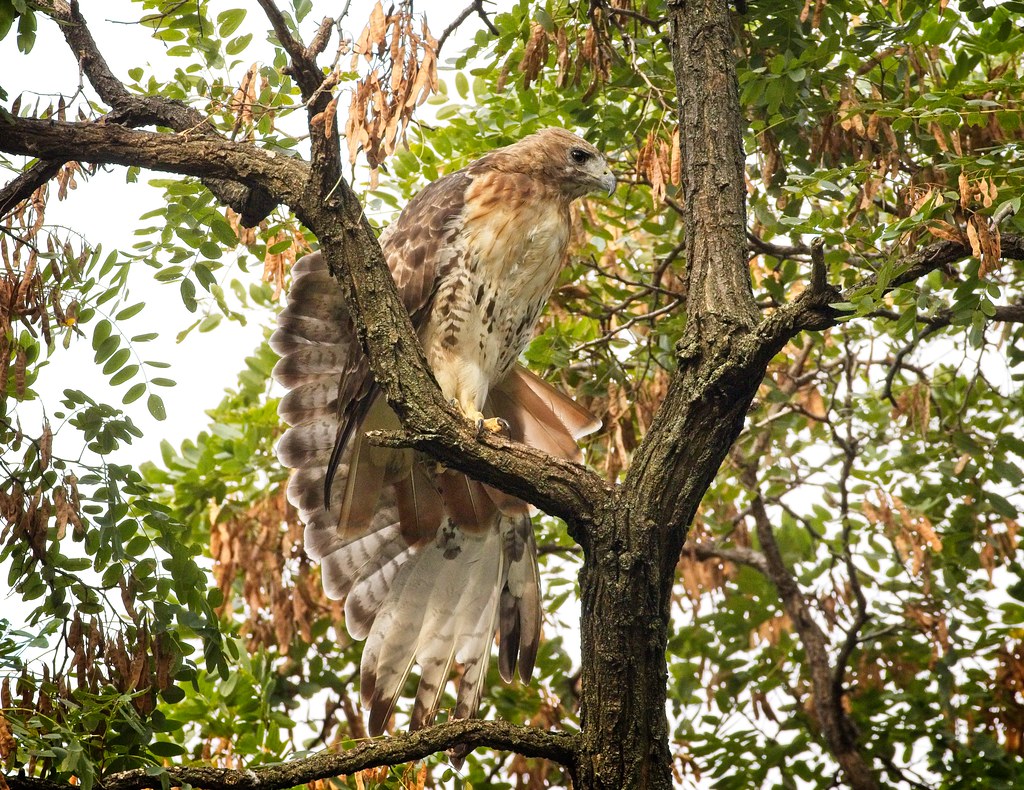 She bends forward while pulling her wings tight up over her shoulders. Hawk yoga. 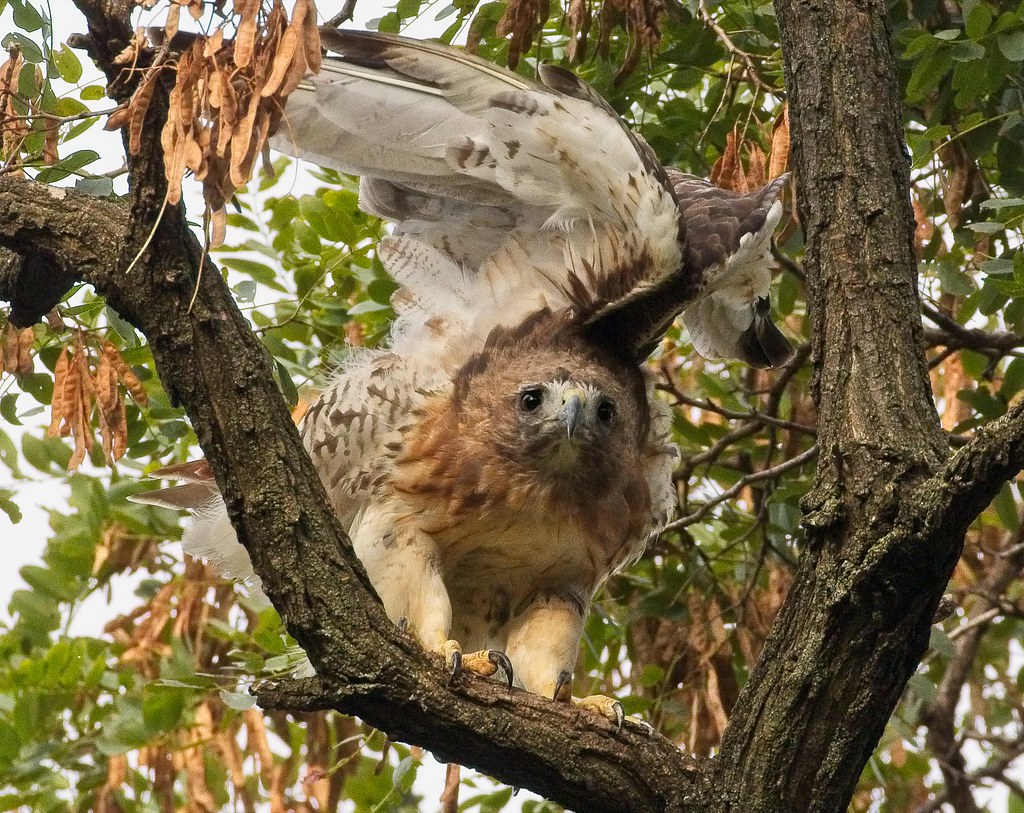 And then she's off! 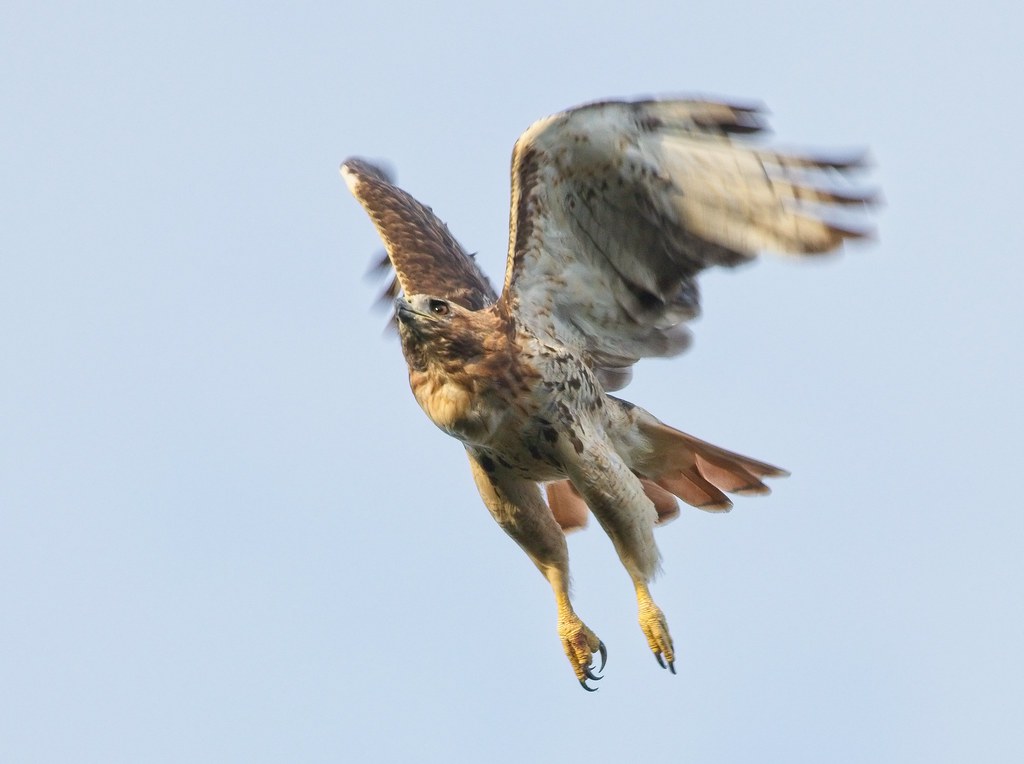 We can really see her bright caramel eye color and bulging crop. 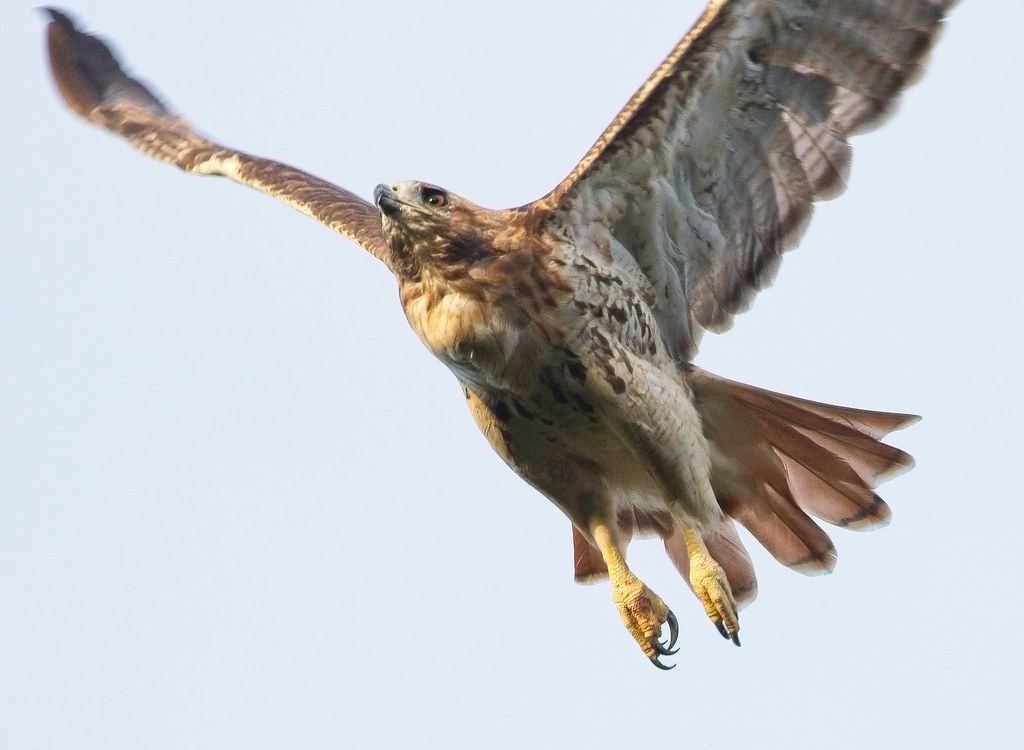 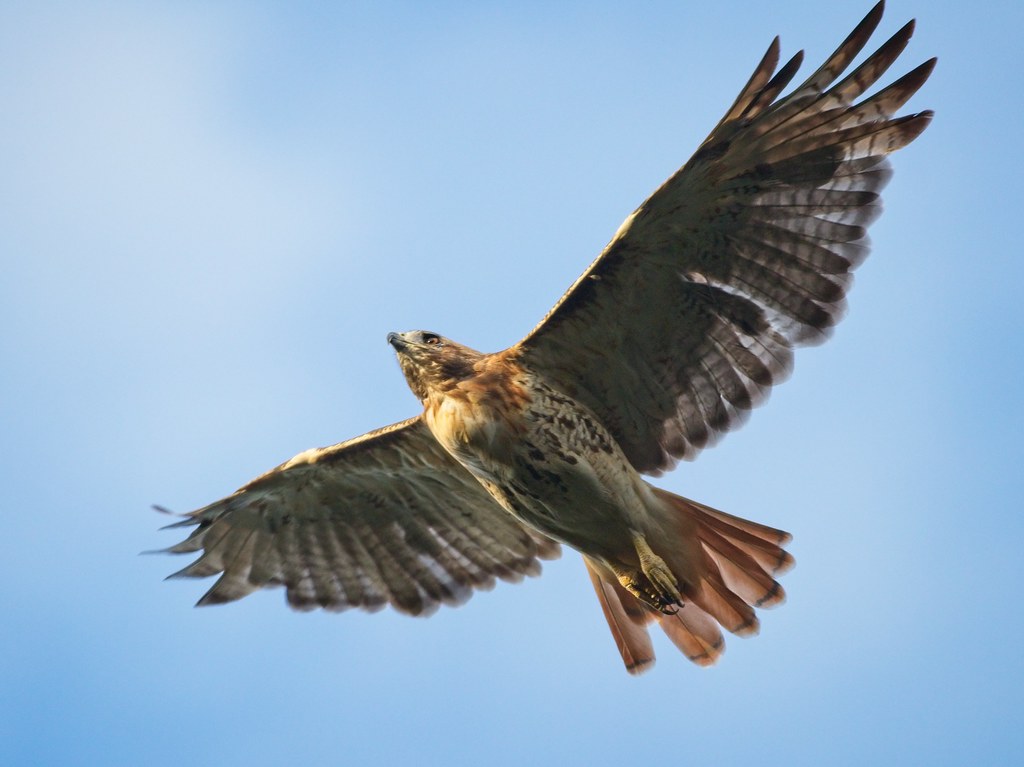 In the last light of the evening, Amelia landed on a high tree branch. 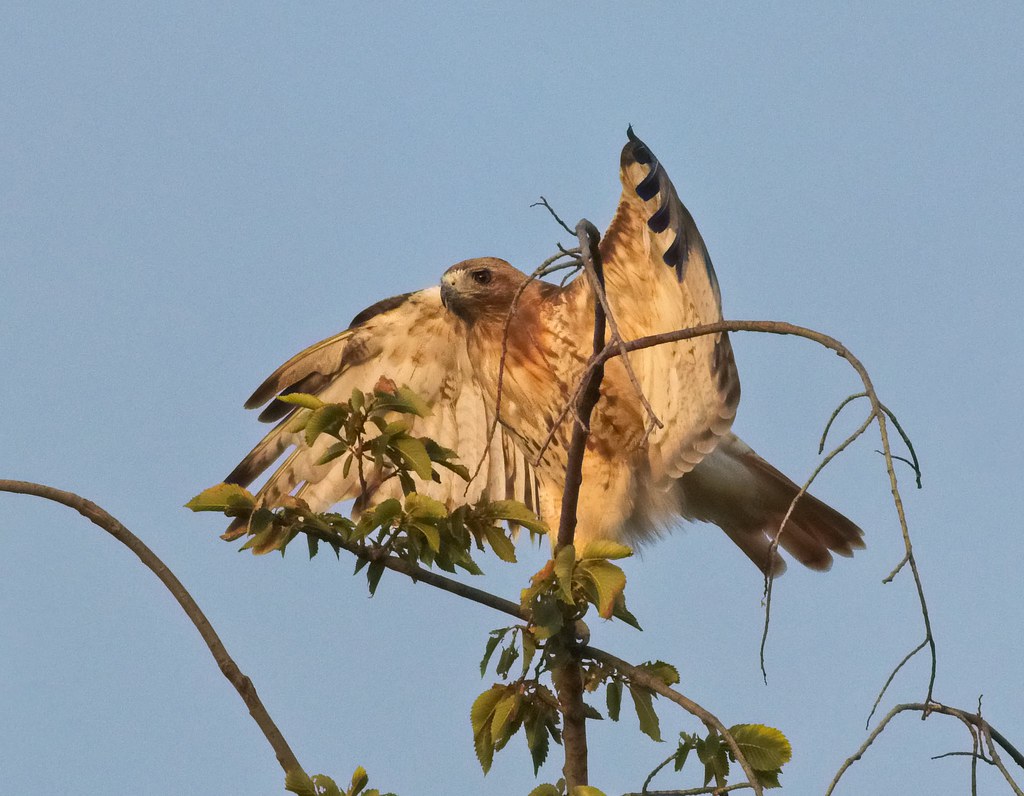 And struck a dramatic pose with a leaf and stick conveniently blocking her face from the camera. 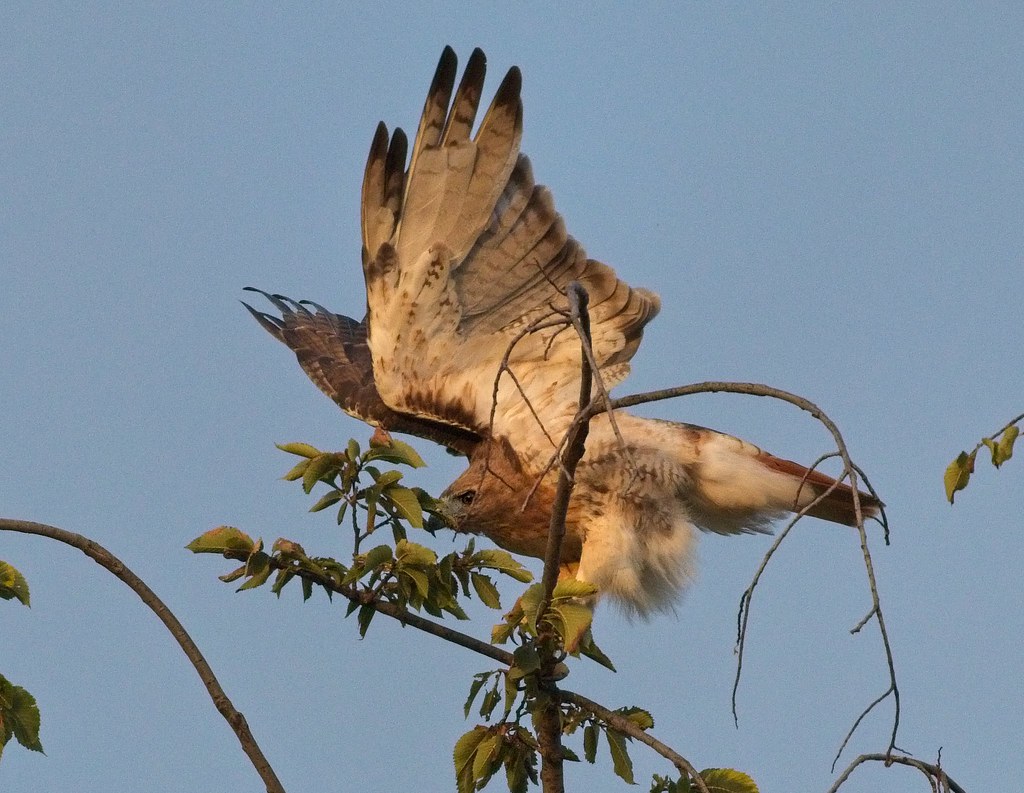 This is a pose I like to call stick-across-the-face-to-mess-with-photographers. 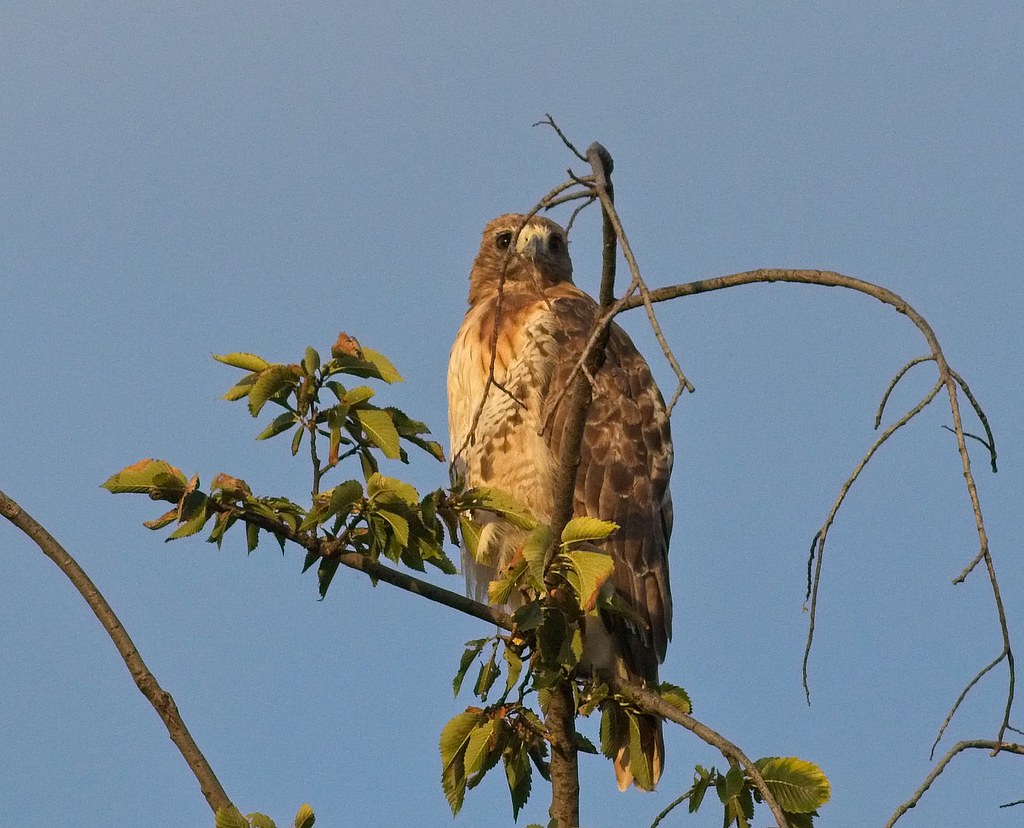 This is Christo earlier in the week perched on the very same branch pulling the same trick with the stick blocking his face. 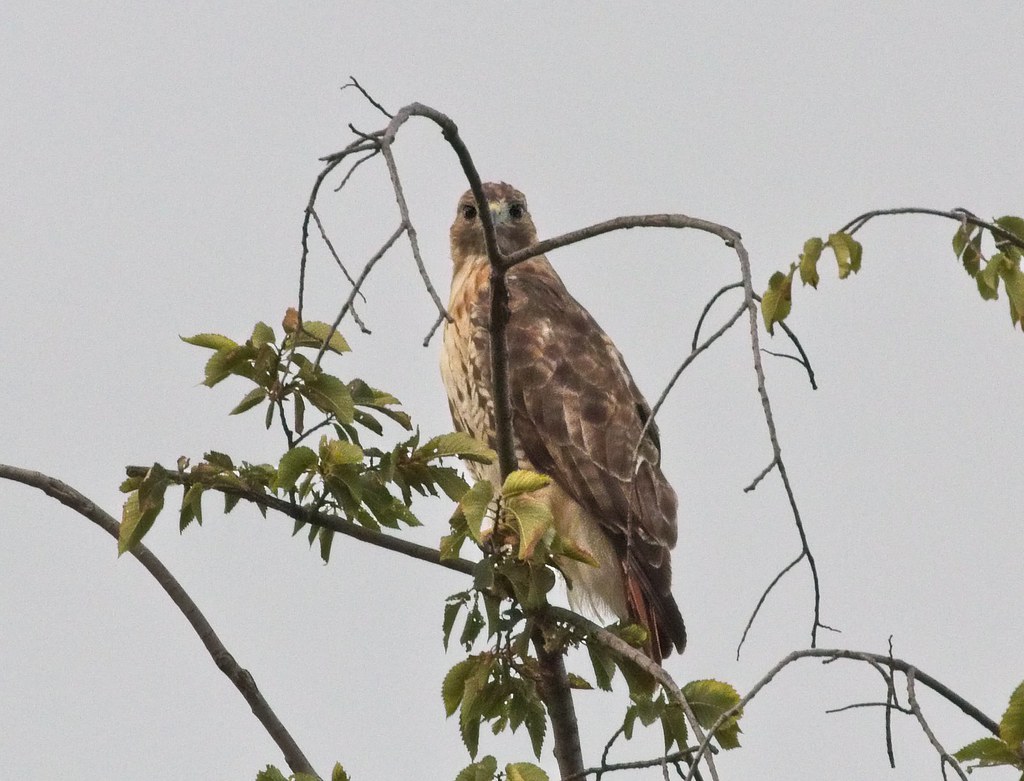 If you need a good laugh, I recommend following The Inept Birder on Twitter. The account showcases photos like the one above, as well as shots that could have been brilliant.

Here is Christo giving us a good view of his molting pattern. He has five complete tail feathers, three growing in, and four that are not visible yet. 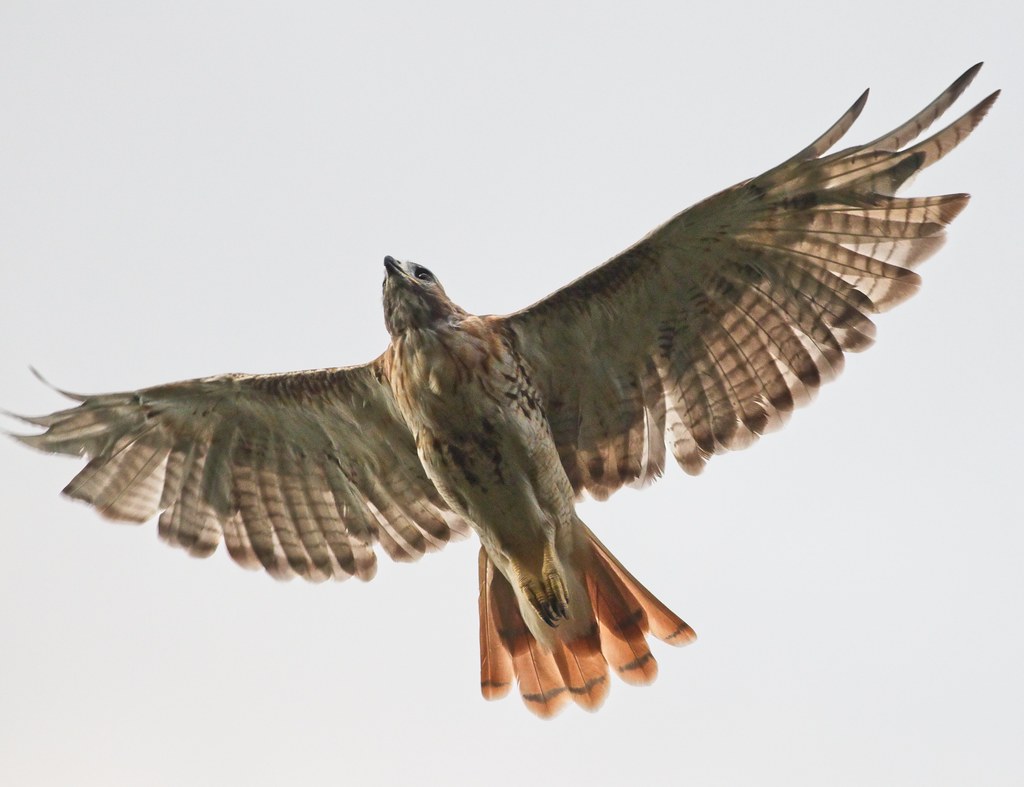 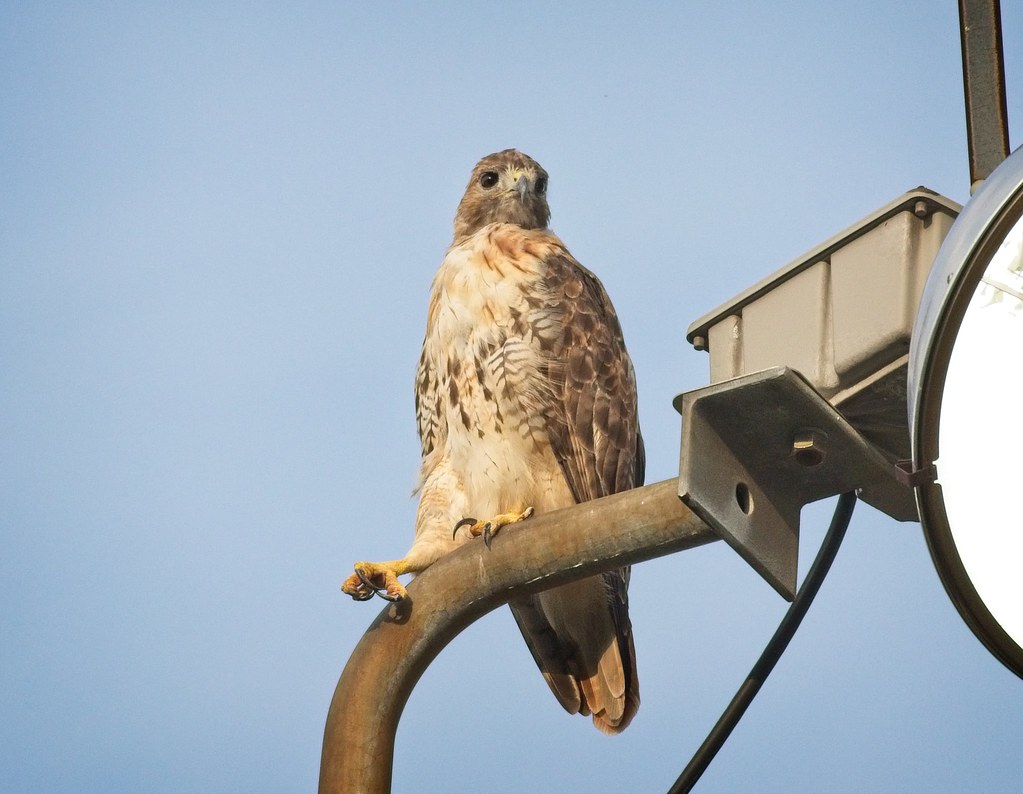 When the hawks pull one leg in, or stick a leg out as seen above, they are chill and content. It makes me happy to see Amelia and Christo so laid-back and at ease.
Posted by Goggla at 7:24 PM