I really didn't take the blizzard forecast seriously as it seems the weather people always over-dramatize a flake of snow.  But, I guess they were right this time!  Even as the snow started to fall Sunday afternoon, I went outside to take pictures, thinking I had plenty of time and it would be a pleasant afternoon walk.  Not so...after only walking four blocks down 2nd Avenue, I quickly realized this was not going to be the usual friendly snowfall, as the wind was already driving crystal ice shards into my eyes.  So, I hunkered down for the night with a stockpile of canned soup and DVDs.

At 10pm, this was the view from the front door:


Flickr user Irene Rx captured the thunder and lightning that accompanied the blizzard in this cool video.

And, the aftermath on 1st Avenue: 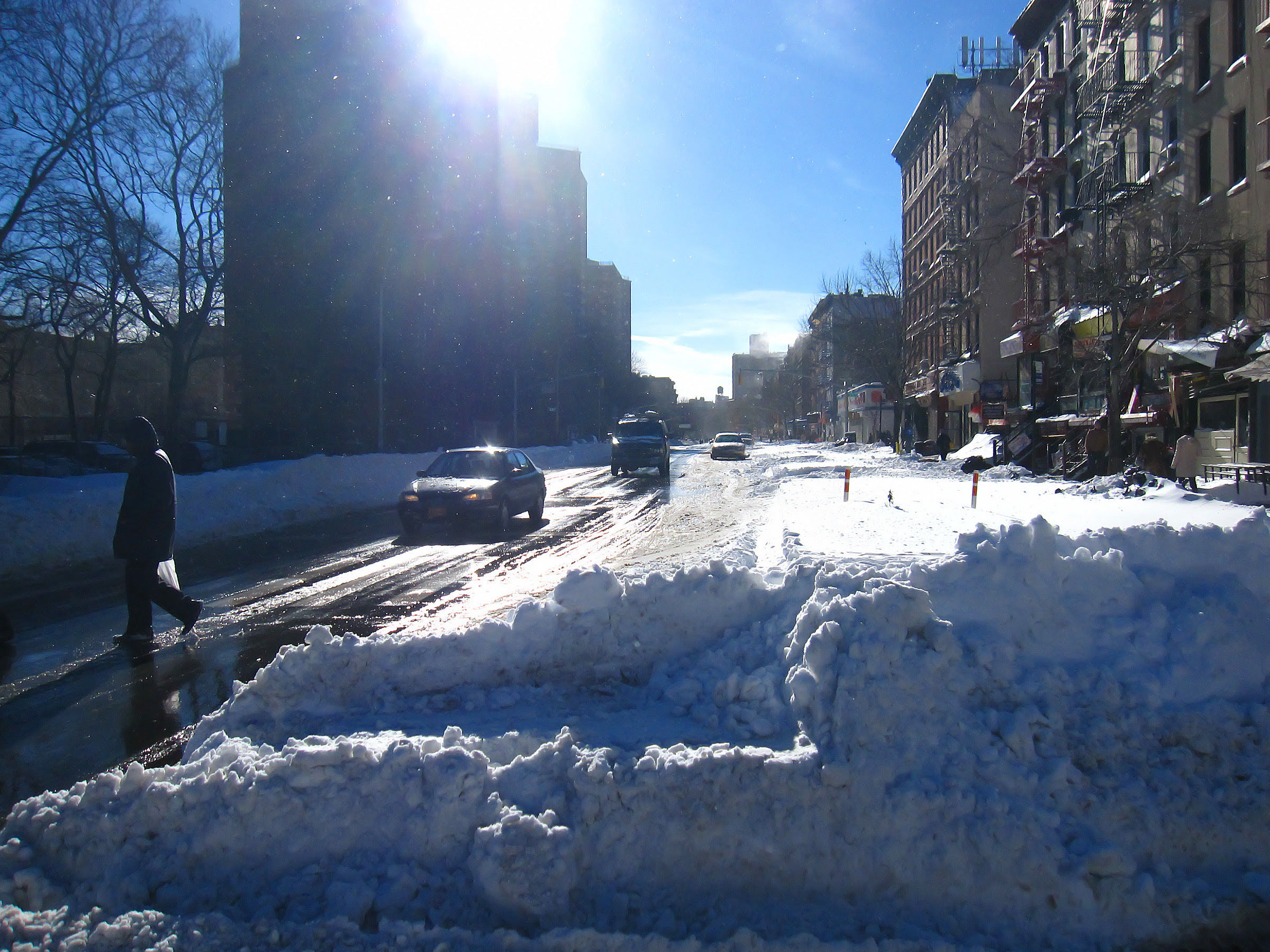 Doesn't look like those bike or bus lanes will be seen again until April.

Meanwhile, on Avenue A... 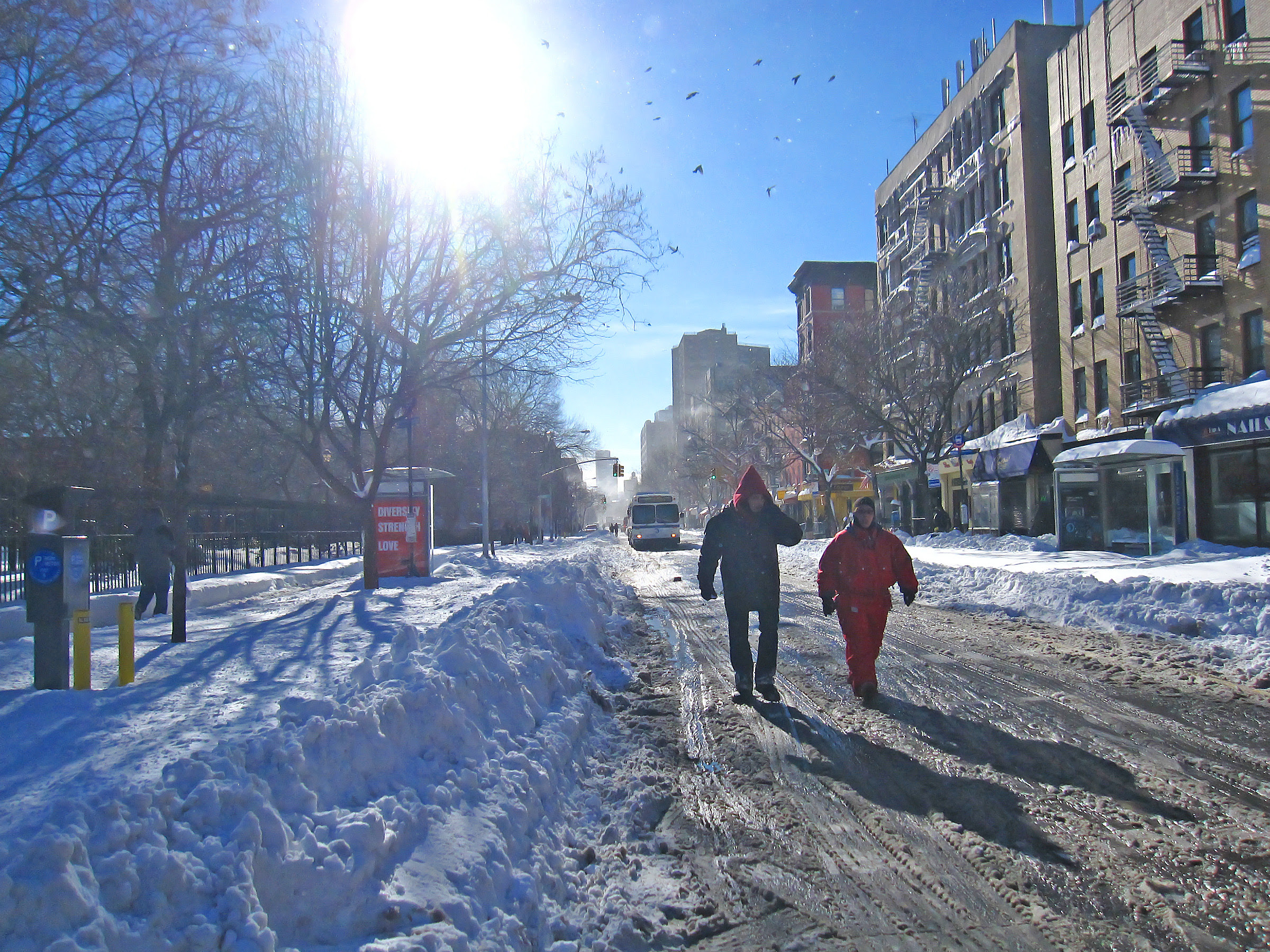 What a nice day to walk down the middle of the street, the only traffic being flocks of pigeons and the occasional tow truck and plow trying to dig out the six or so stranded buses...