A series of tubes

It's been over a month since Superstorm/Hurricane Sandy hit the city on October 29, so I decided to check in on the Financial District to see if anything has improved.  One good sign is that the Fraunces Tavern has re-opened, but there are still a lot of small businesses that are closed, and there is a ton of clean-up still going on.

Check out these hose-y things devouring One New York Plaza.  I don't really know what they're used for (Suction?  Air-circulation?  Feeding the mother ship?), but they're everywhere and the generators powering them are unbelievably loud. 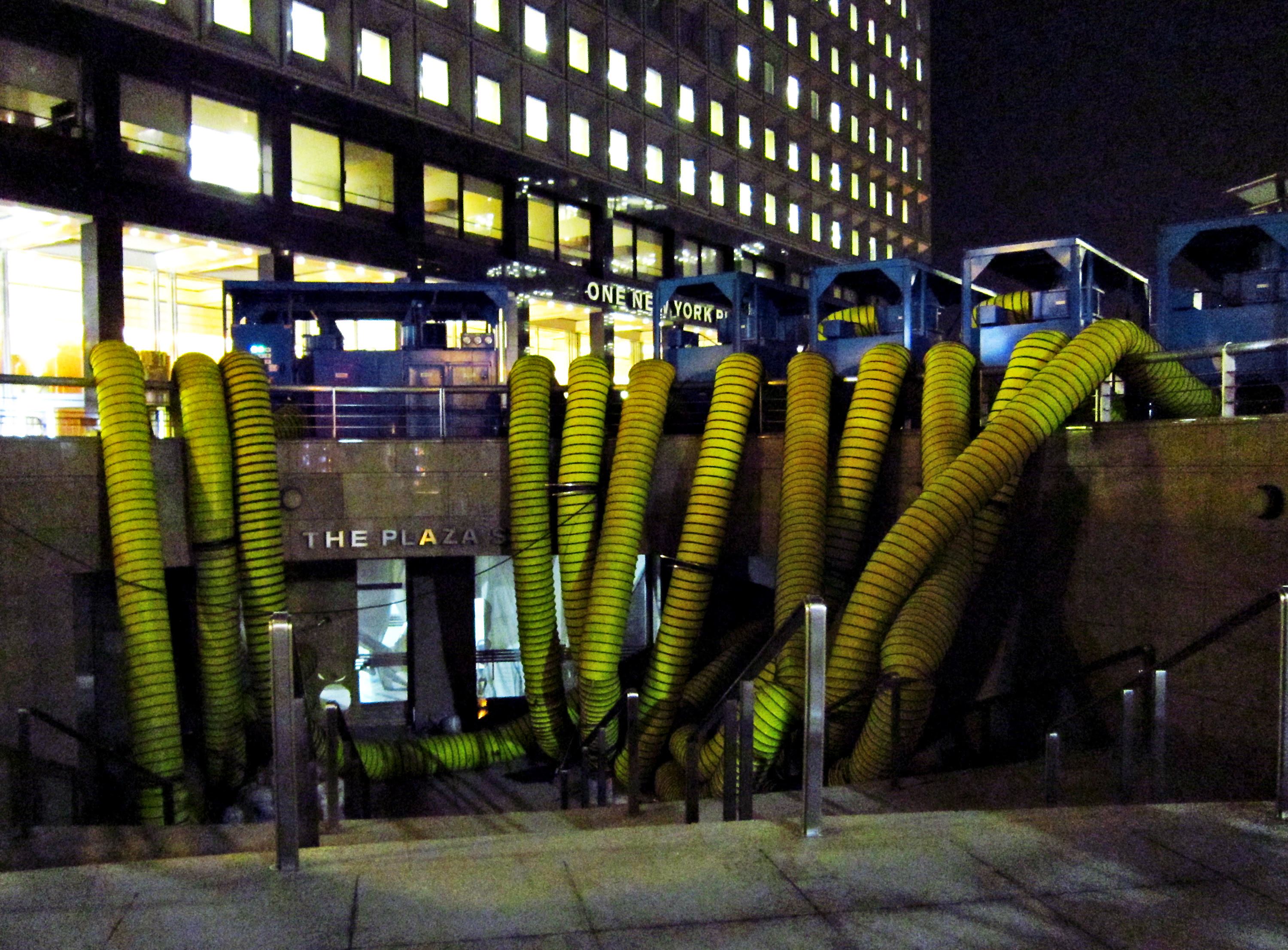 This reminds me of Aliens. 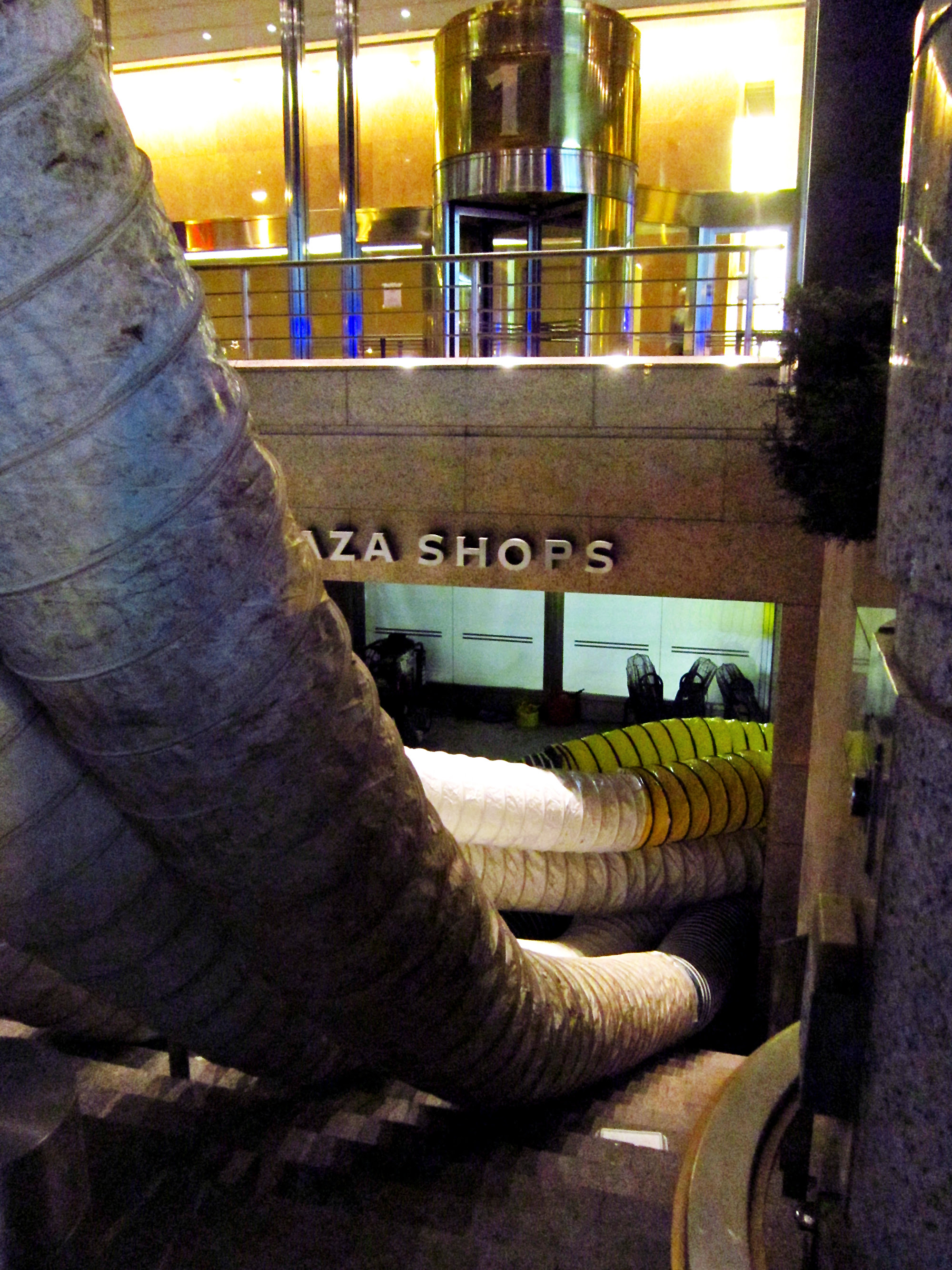 But nothing can stop the holiday spirit! 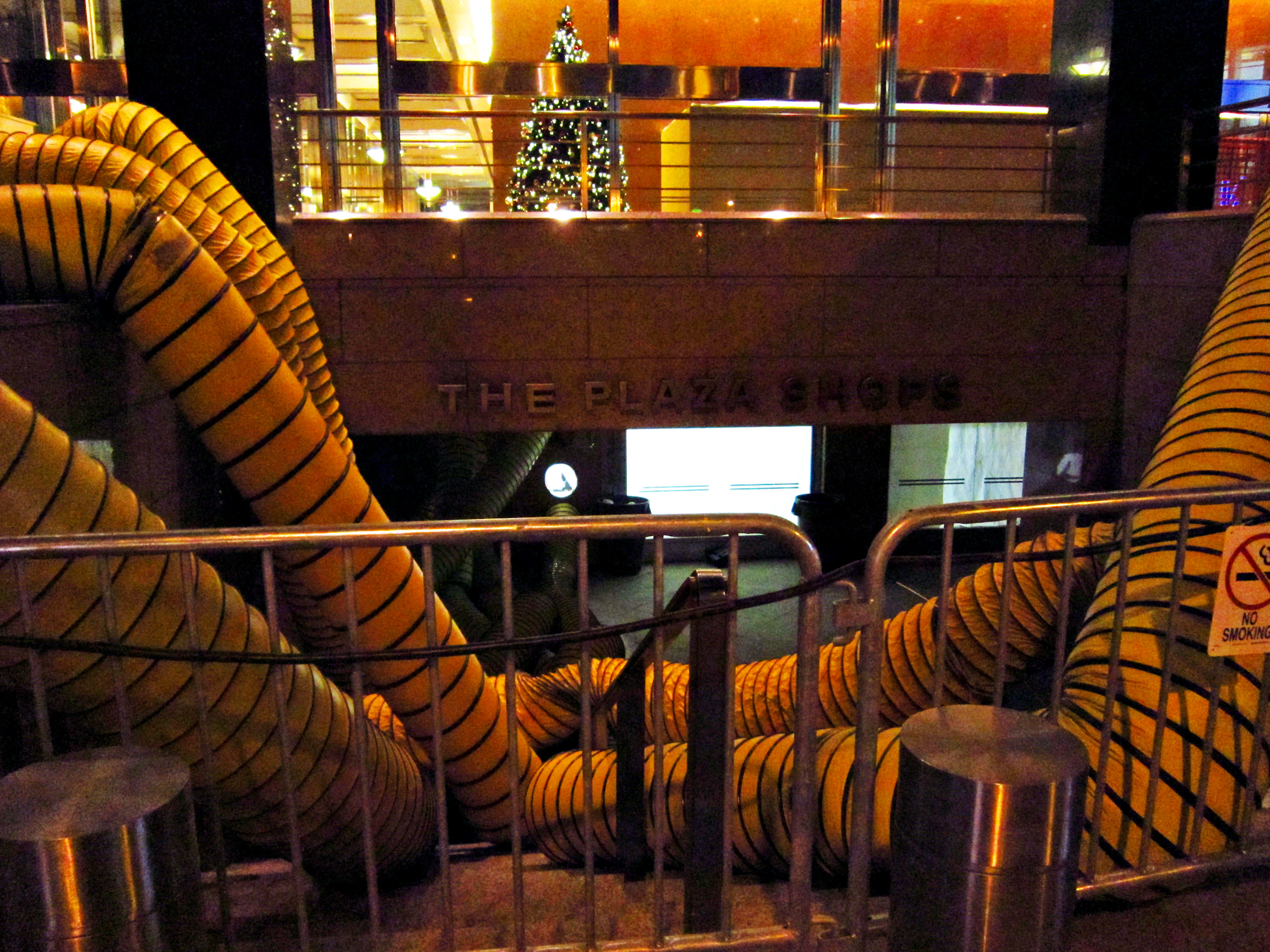 Meanwhile, around the corner on Broad Street... 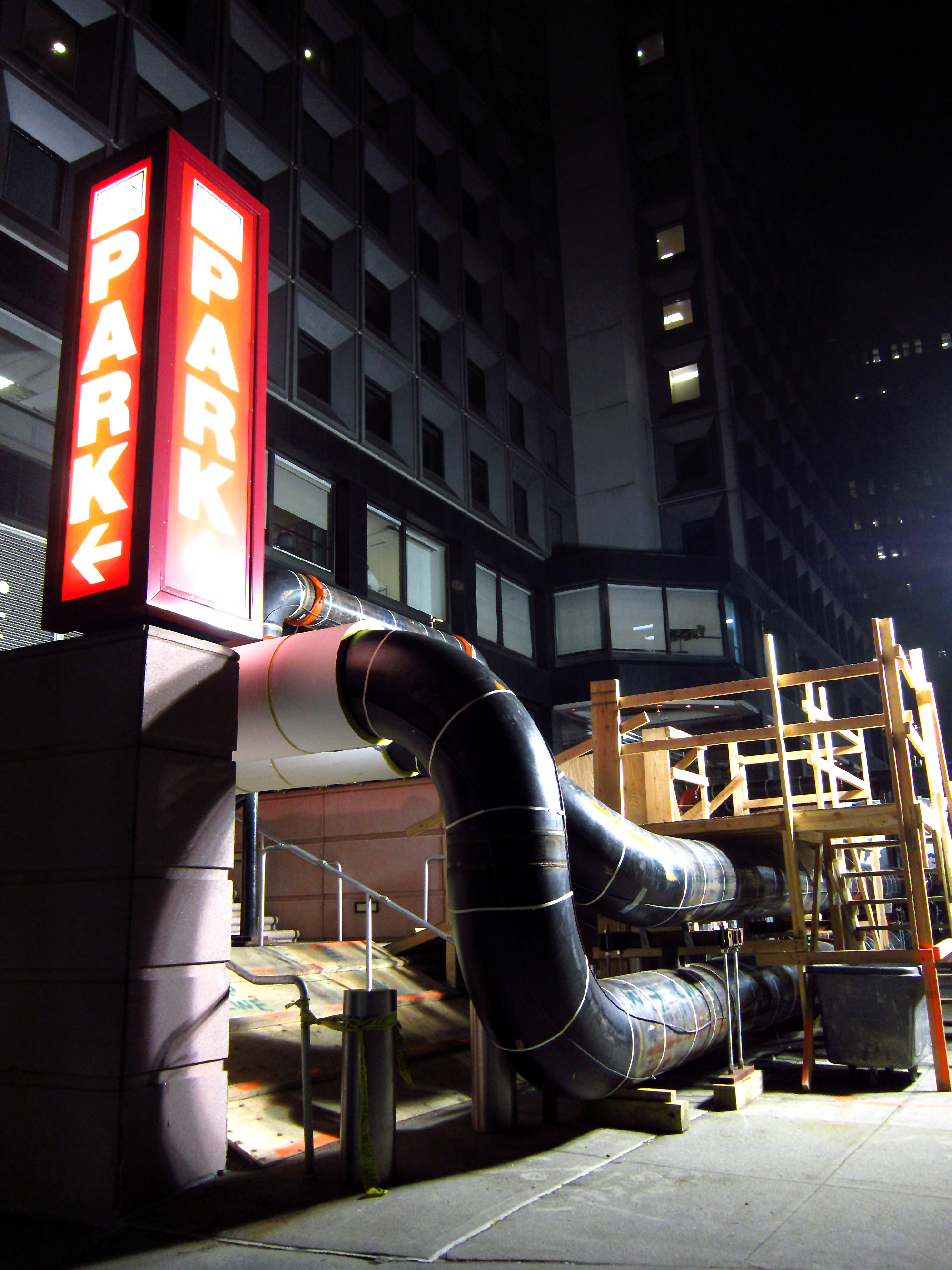 And, this is the scene on South Street, from Whitehall all the way up to the Seaport, which is also still in shambles. 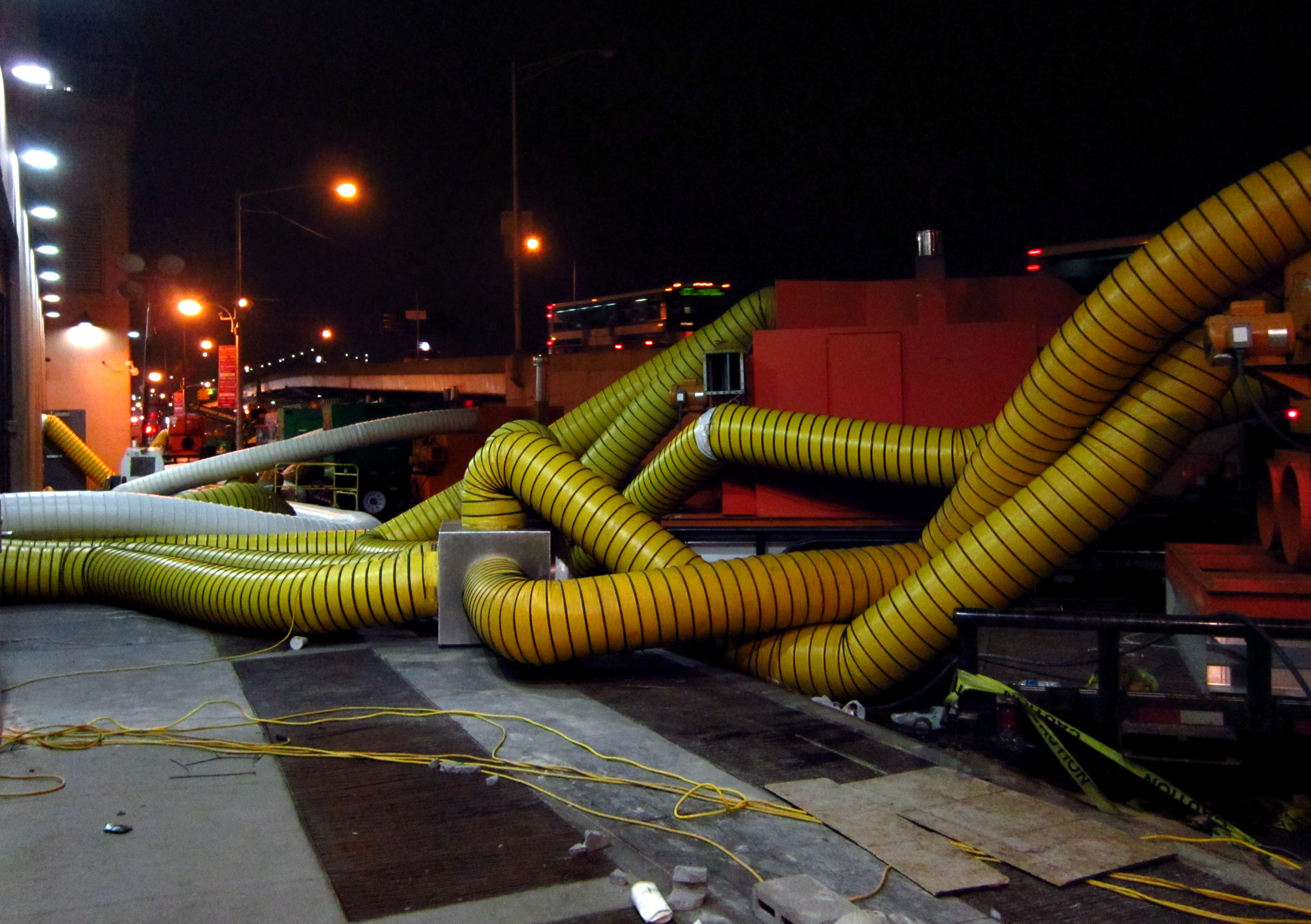 I guess it's a good time to be in the tube business. 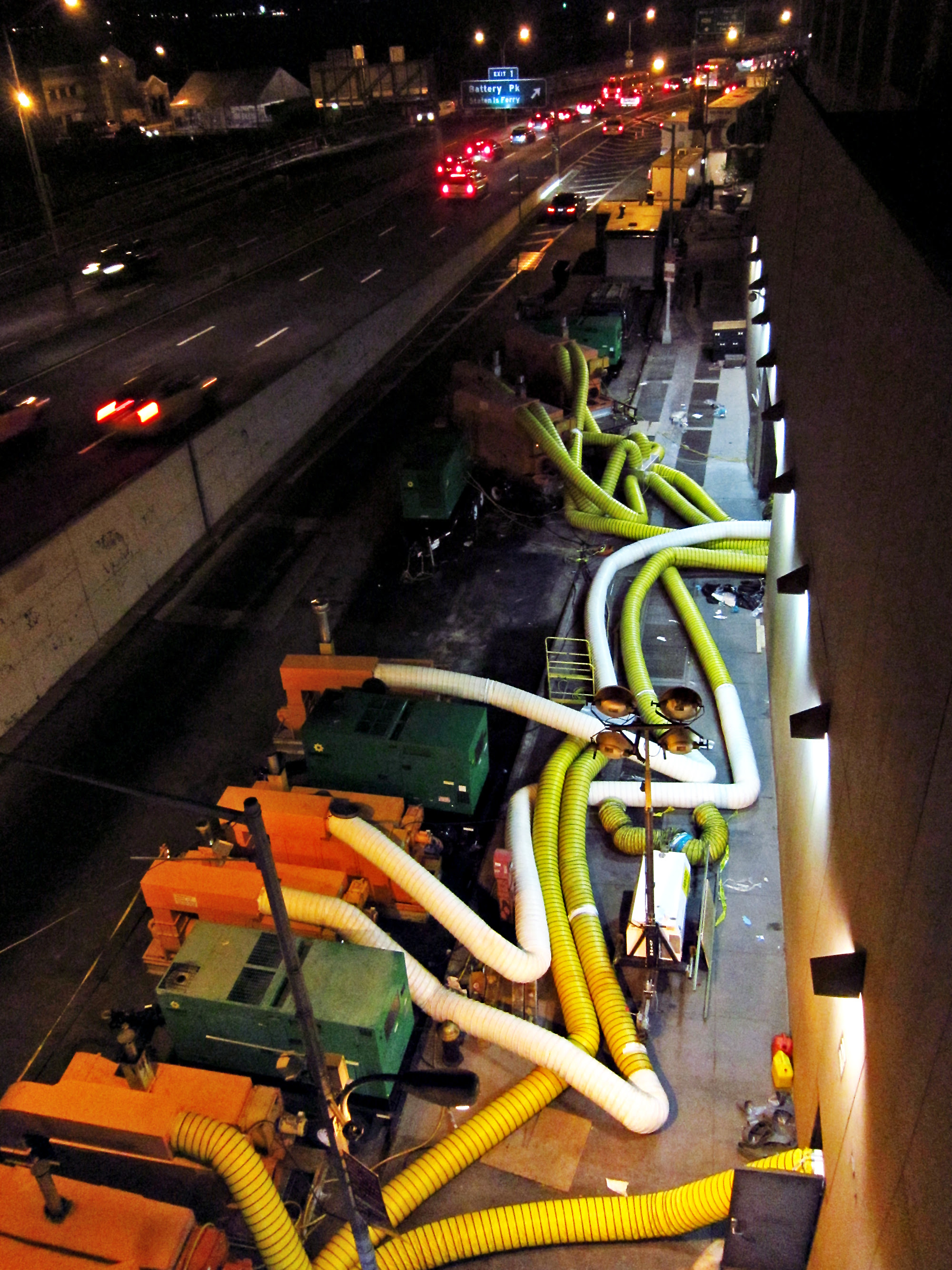