This week saw the most hawk activity in Tompkins Square than I've seen in quite a while.  All together, there were five hawks: Christo, Dora, a juvenile, and two others I couldn't identify, but a fellow hawk-watcher said at least one was another juvenile.

Are these young hawks Christo and Dora's offspring or are they just passing through?  I don't know, but the pair seemed to tolerate one of the juveniles, allowing it to hunt and eat in the park.  Here is our mystery bird with a big rat: 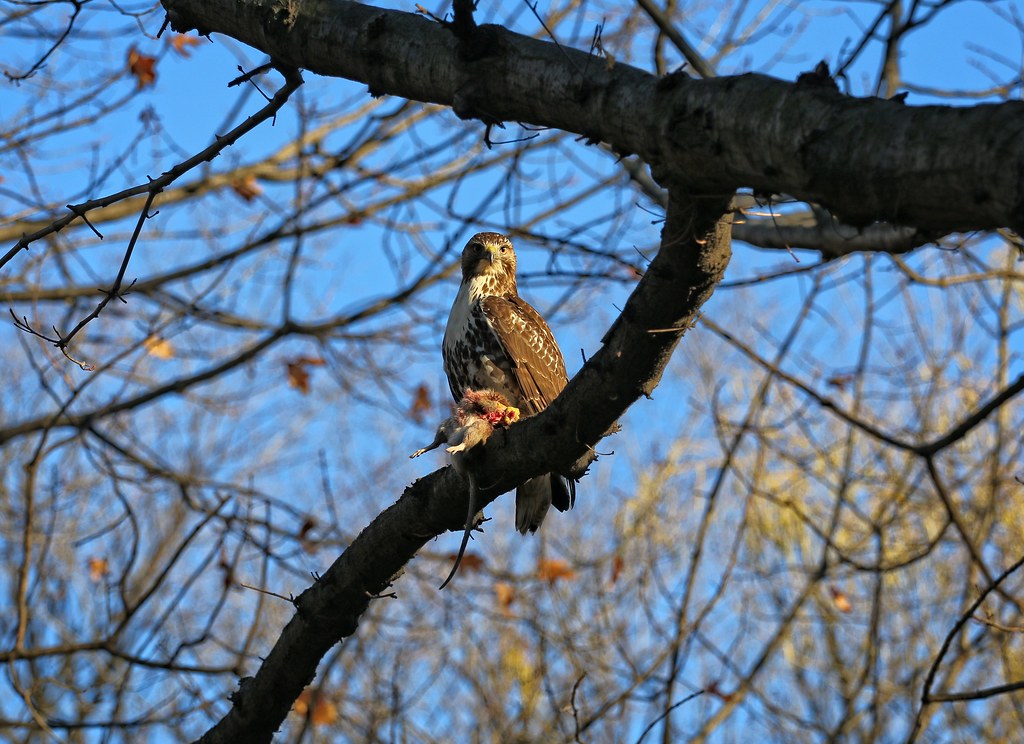 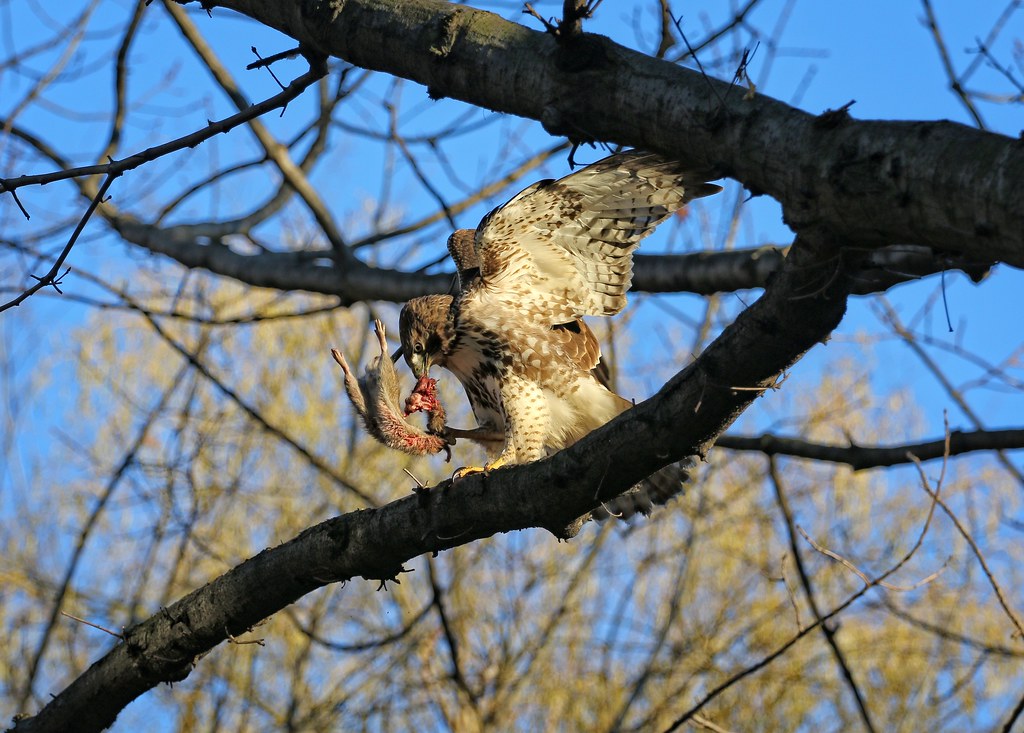 I wondered if this could be the same juvenile hawk that's been hanging around the last few weeks, or if it could be Hawklet #3, who was the last to fledge from the nest and who stayed in the park long after its older two siblings left.  Unfortunately, it's impossible to positively identify any of these individuals.

I'm guessing the bird must be related, though, as all three sat together in the same tree for a while.  Here is the juvenile (on the right) approaching Dora (on the left) while Christo perched further off to the left, out of frame. 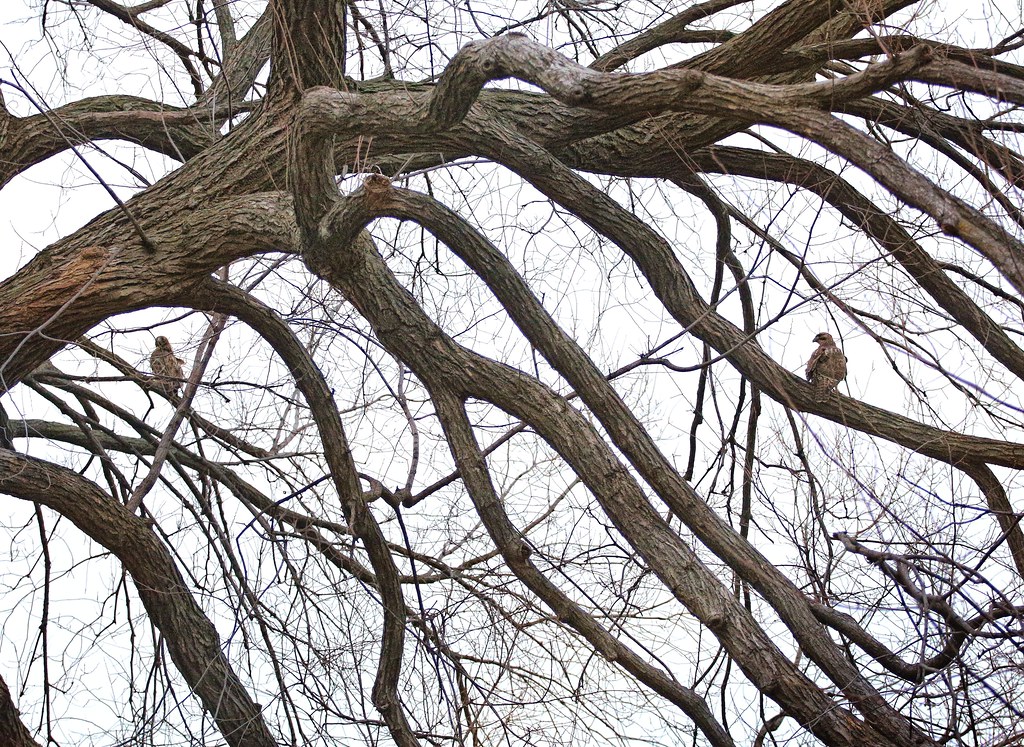 Here, Dora creeps up behind the younger bird and eventually chased it out of the tree. 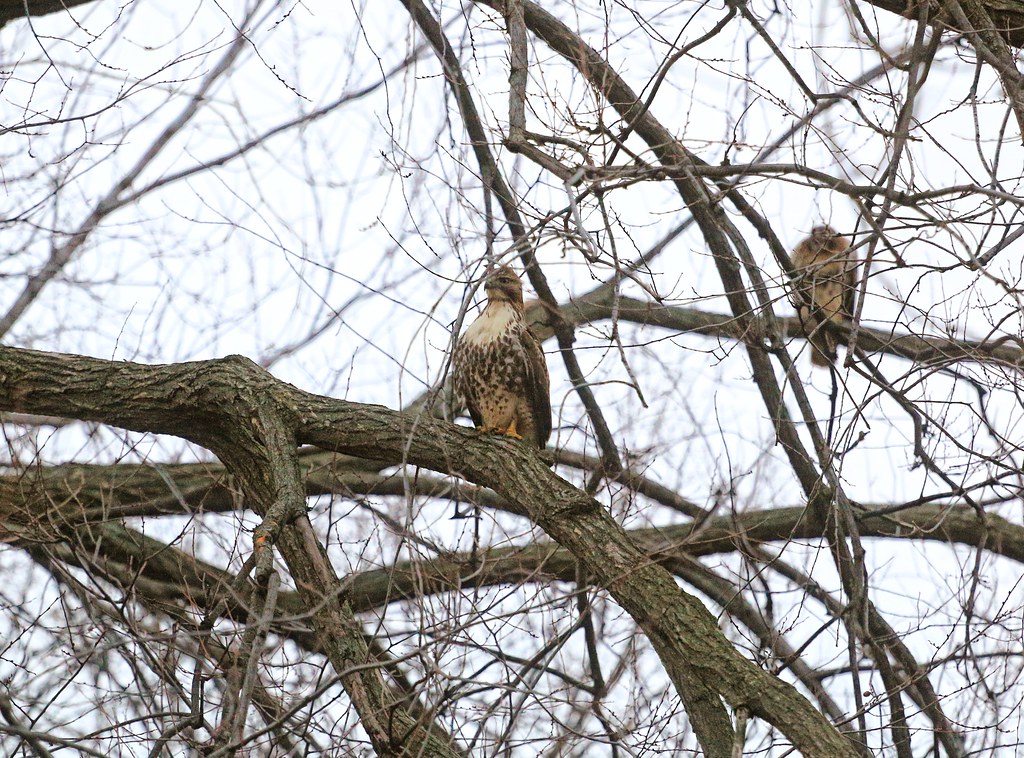 Meanwhile, Christo dives after some prey along Avenue A and 7th Street. 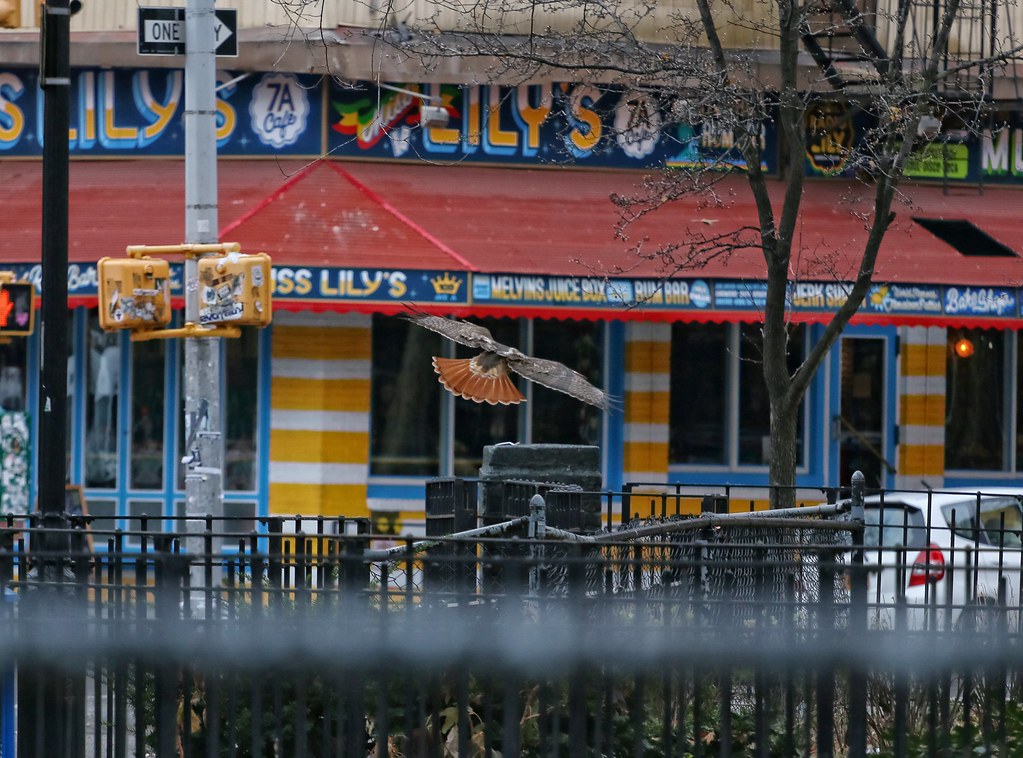 Looks like a big mouse or a small rat. 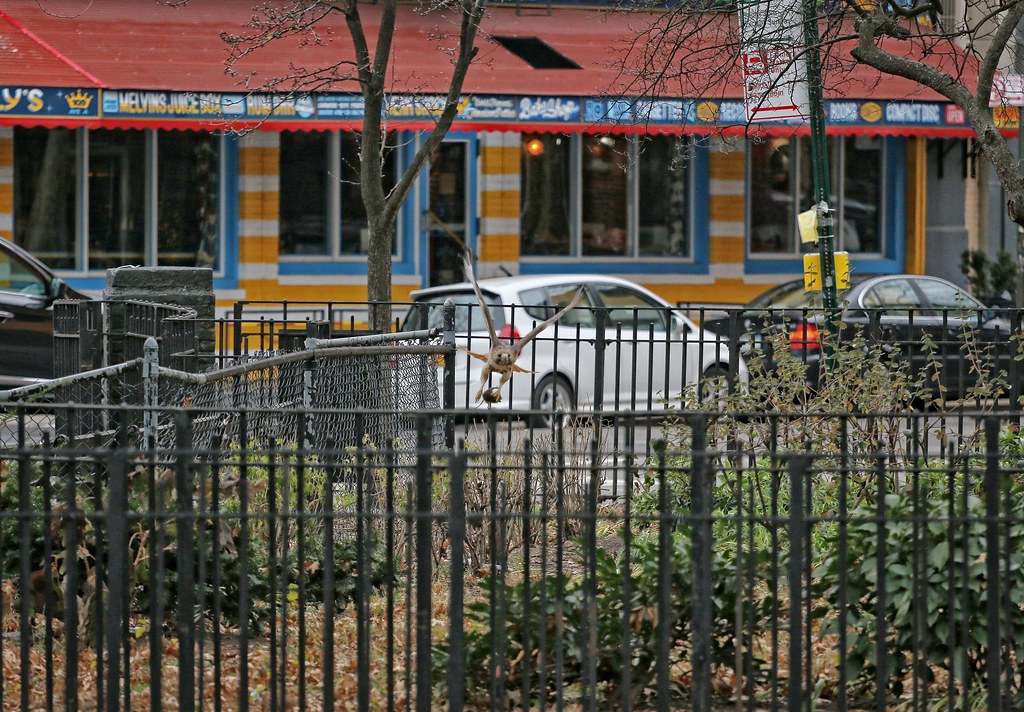 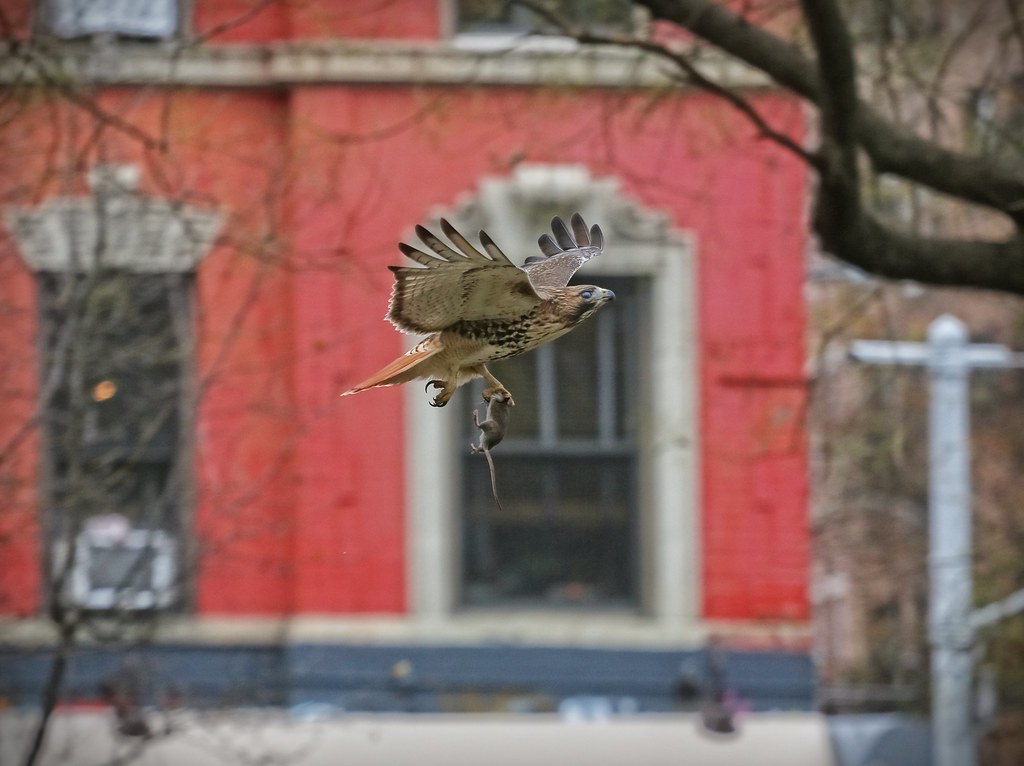 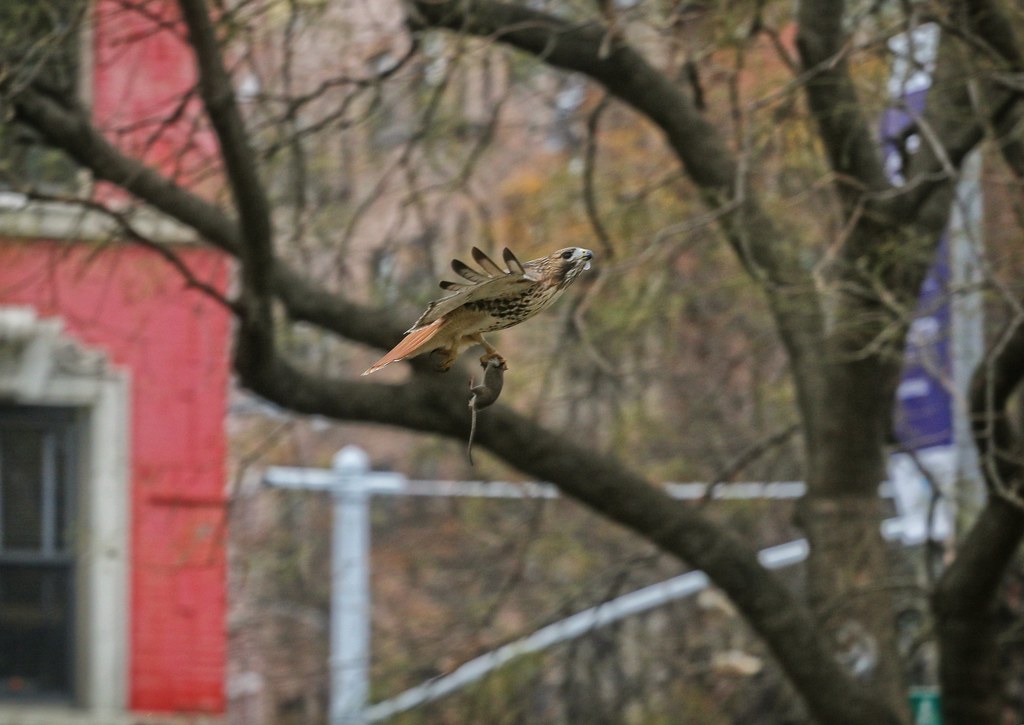 That's one rodent down, eleventy nine million to go... 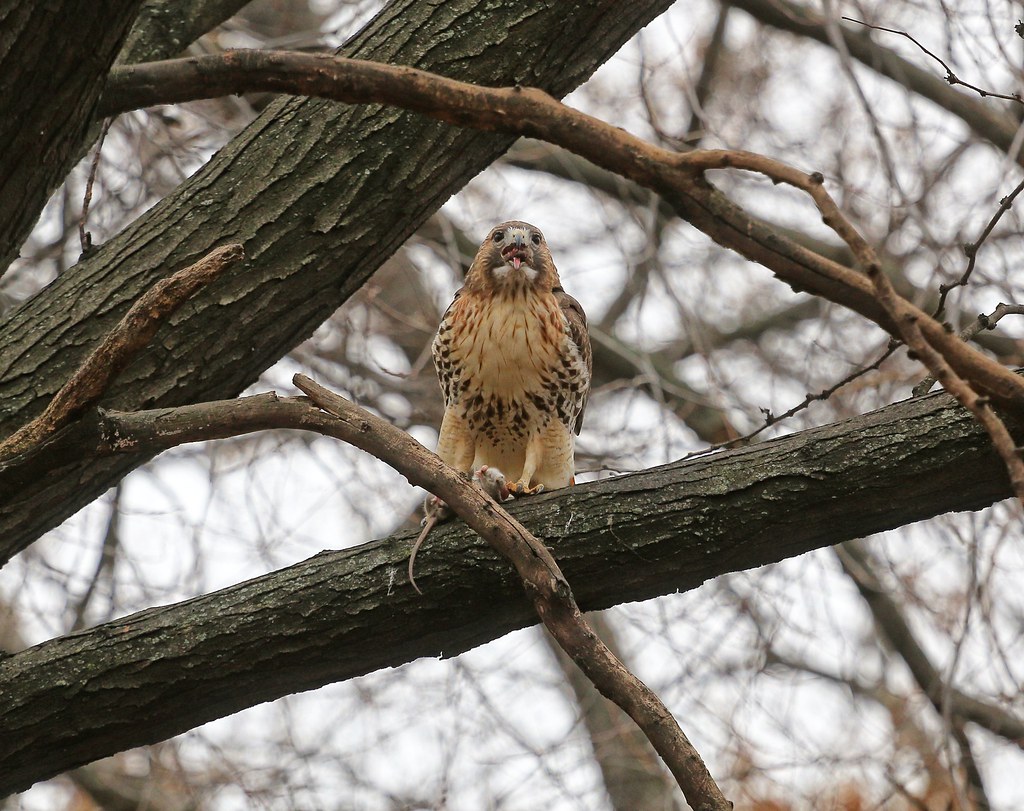