The Tompkins Square hawks have been active this week.  Sunday afternoon, Christo was mobbed by a gang of 10-20 squirrels as he sat in a tree near the flag pole.  He was chilling quietly, minding his own business, when the squirrels suddenly mobilized and swarmed the tree.  Christo tried to ignore them, but he got frazzled, got tangled in the branches, lost his balance and had to fly away.  I've seen numerous hawk-squirrel confrontations, but nothing like that.

Here he is with one of the bullies. 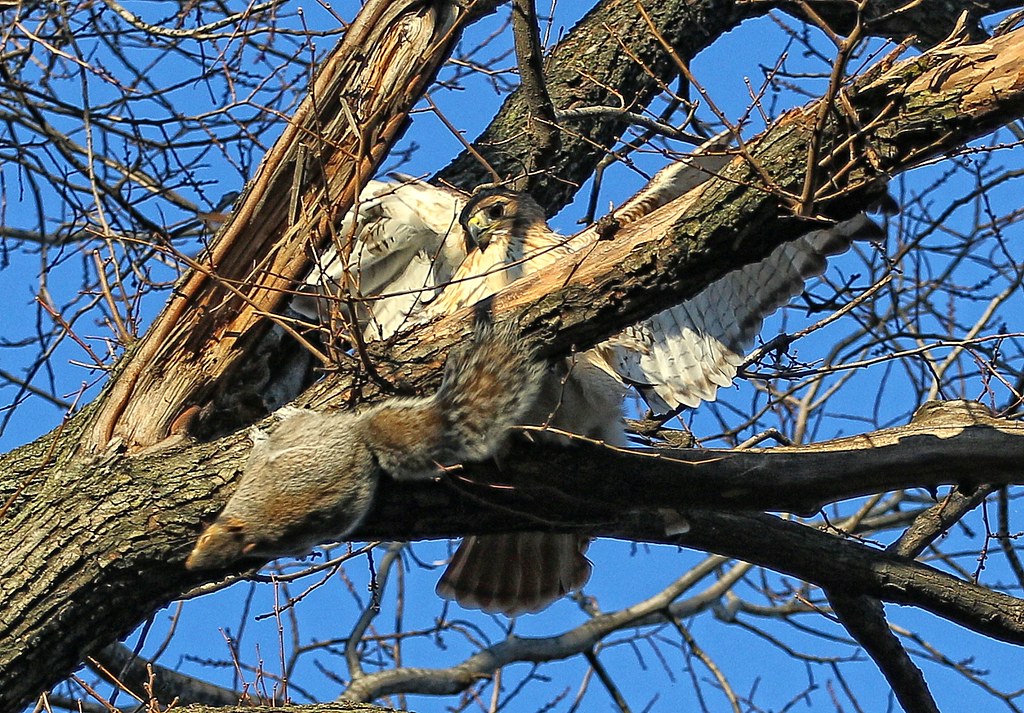 Monday saw some different action in the same tree.  Dora sat high on a branch while Christo made one pass by her and flew north, to 10th Street.  He circled around to Avenue A, then came straight back for the tree.  Here he is just after landing while Dora descends from her perch. 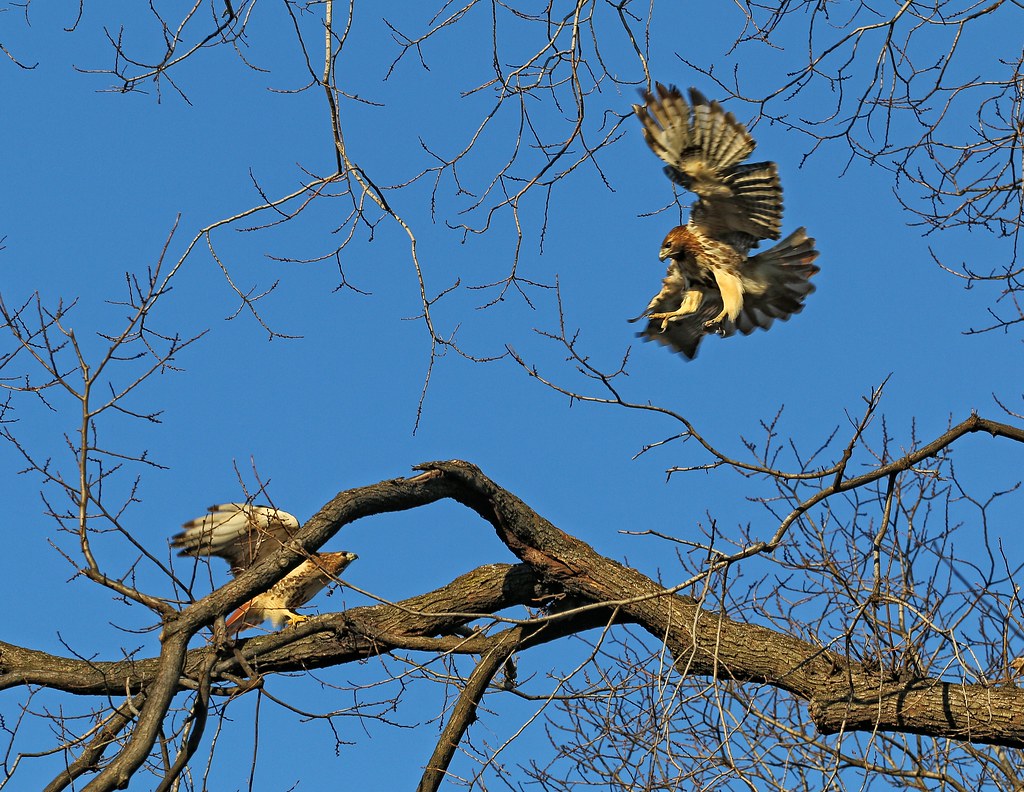 Then Christo leaps up to another branch and they do a little do-se-do. 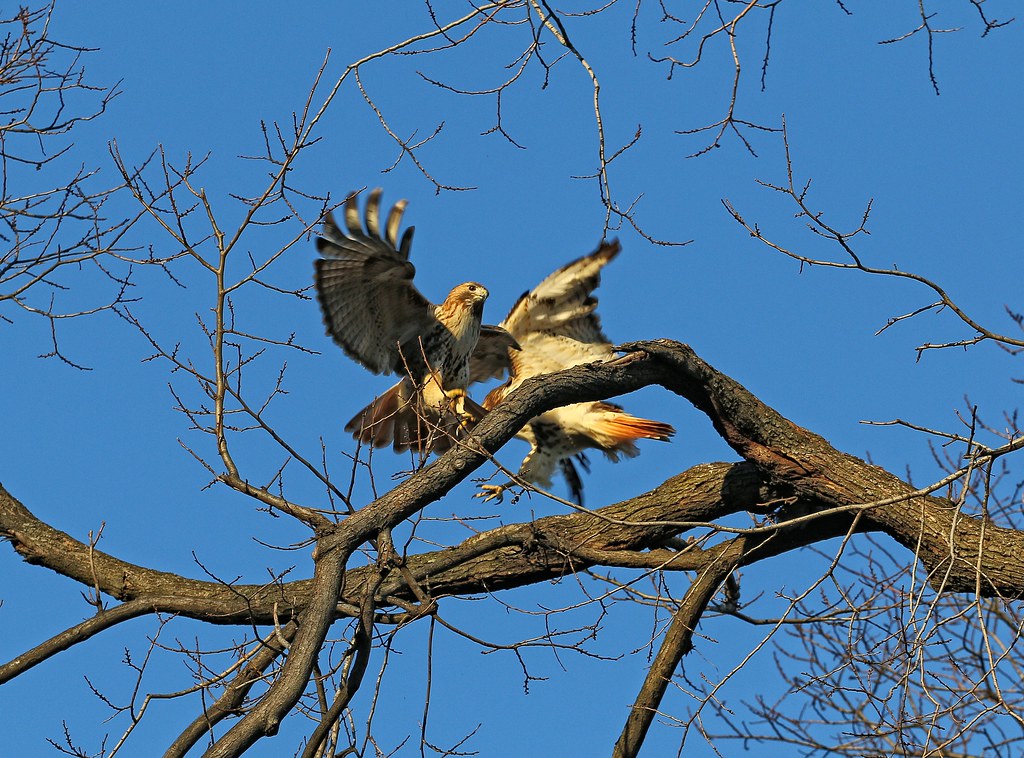 Dora makes a hard landing while Christo shows us what he's got... 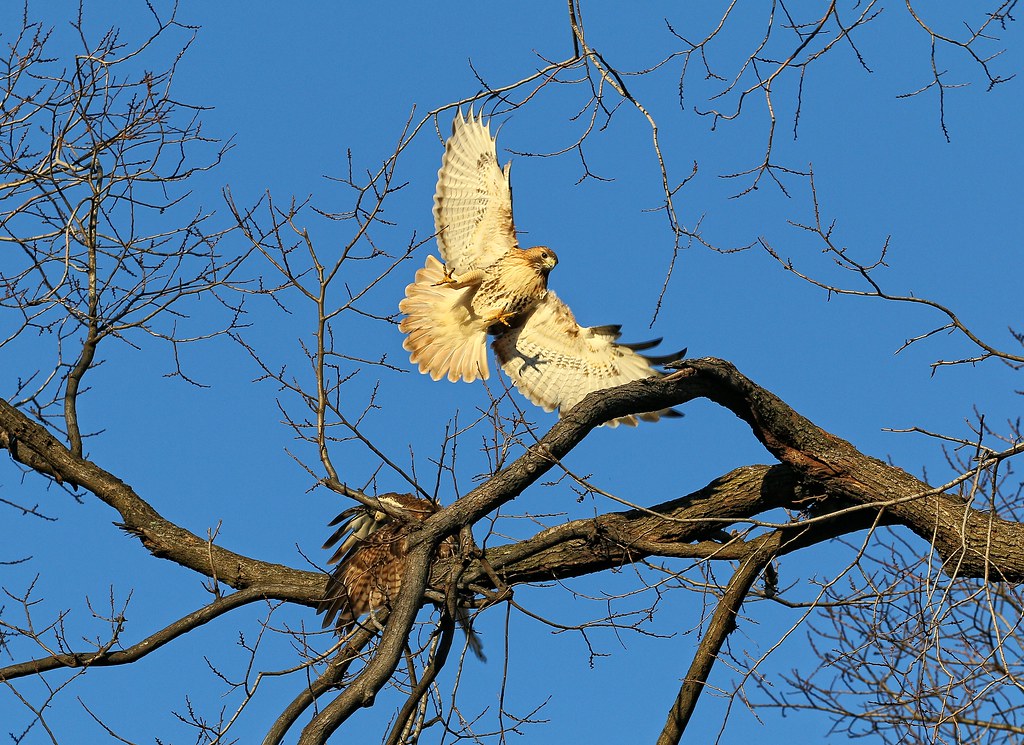 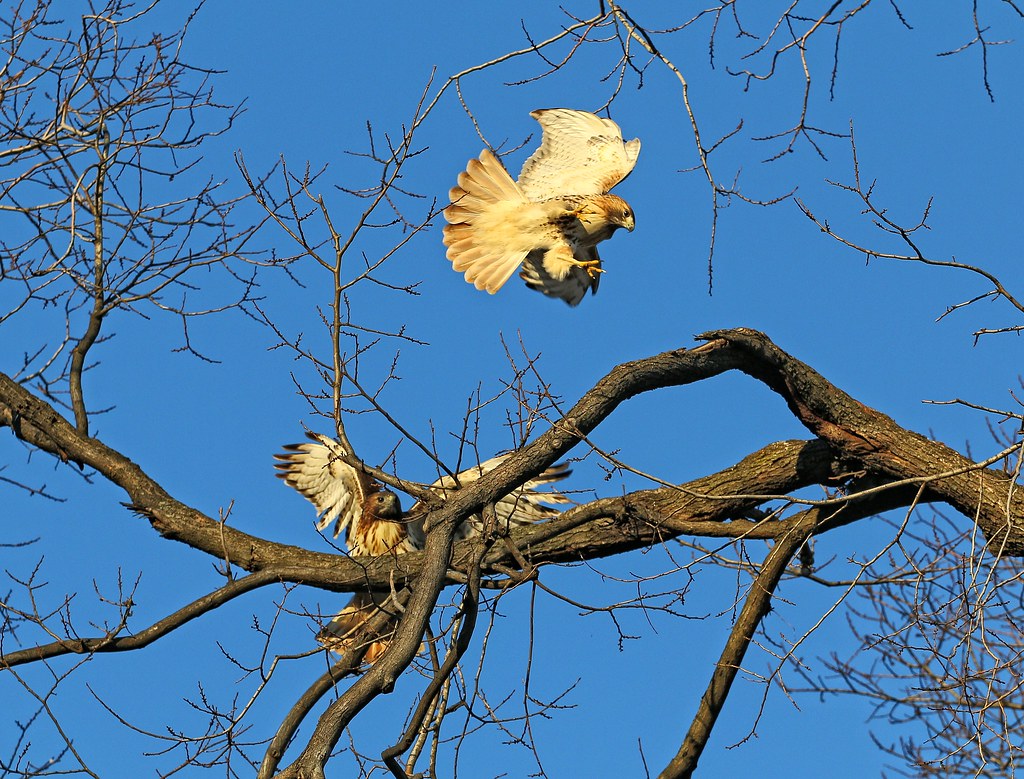 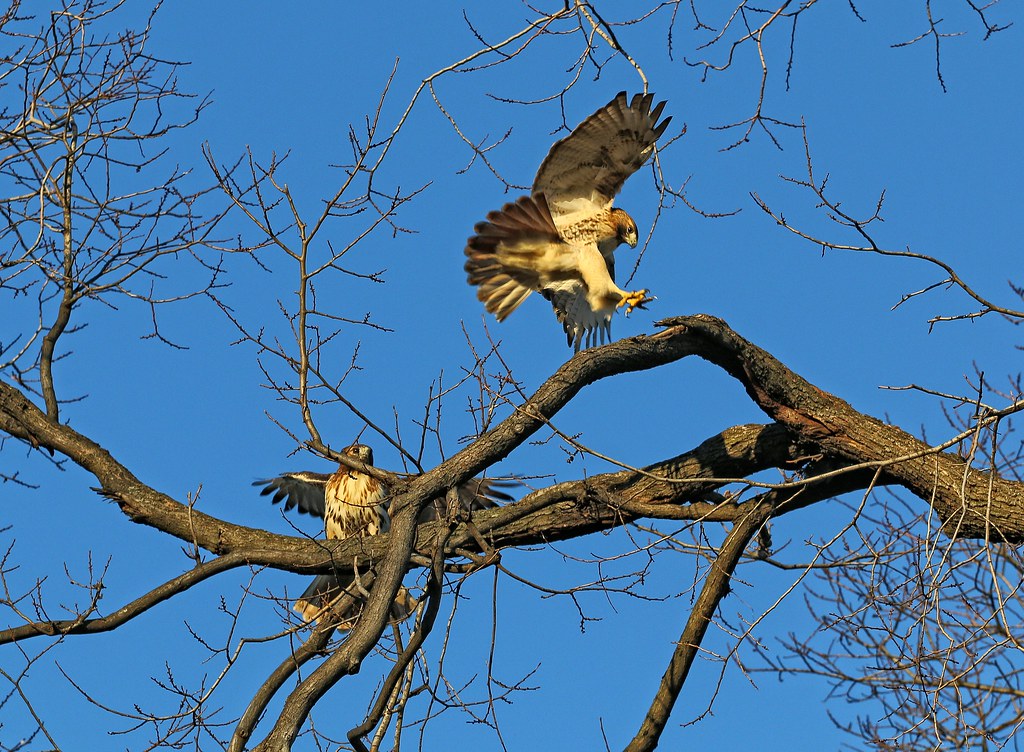 Then Dora makes her move and Christo is unable to stay on the branch. 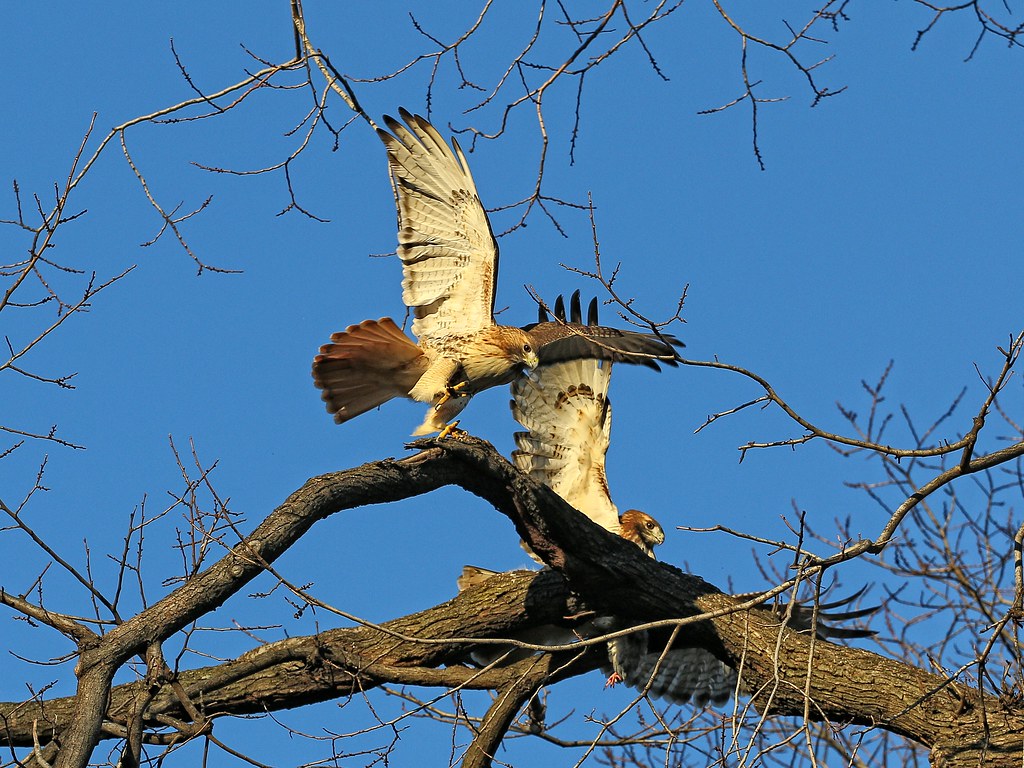 If you look below the branch, you can see that Dora has grabbed an old pigeon (that grey blob) that must have been stashed there. 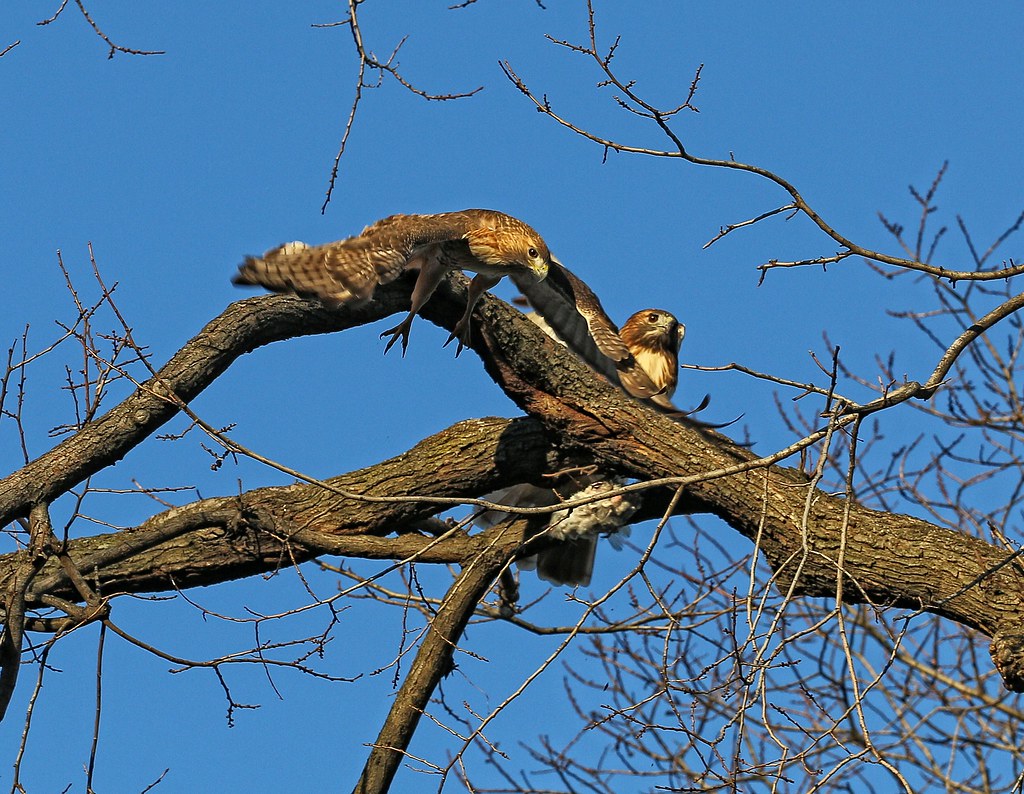 I'm not sure if Christo was also trying to get the pigeon, or if this is just how they communicate.  At first, I thought he might have brought her the pigeon, but it wasn't in his talons when he landed on the branch. 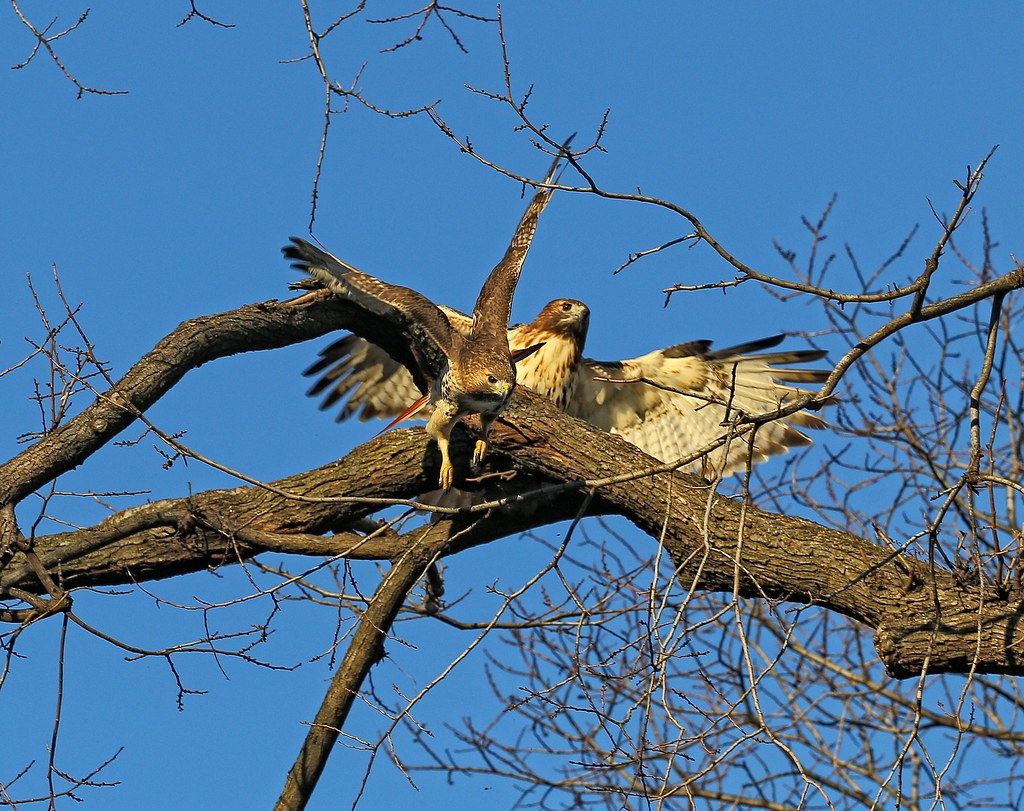 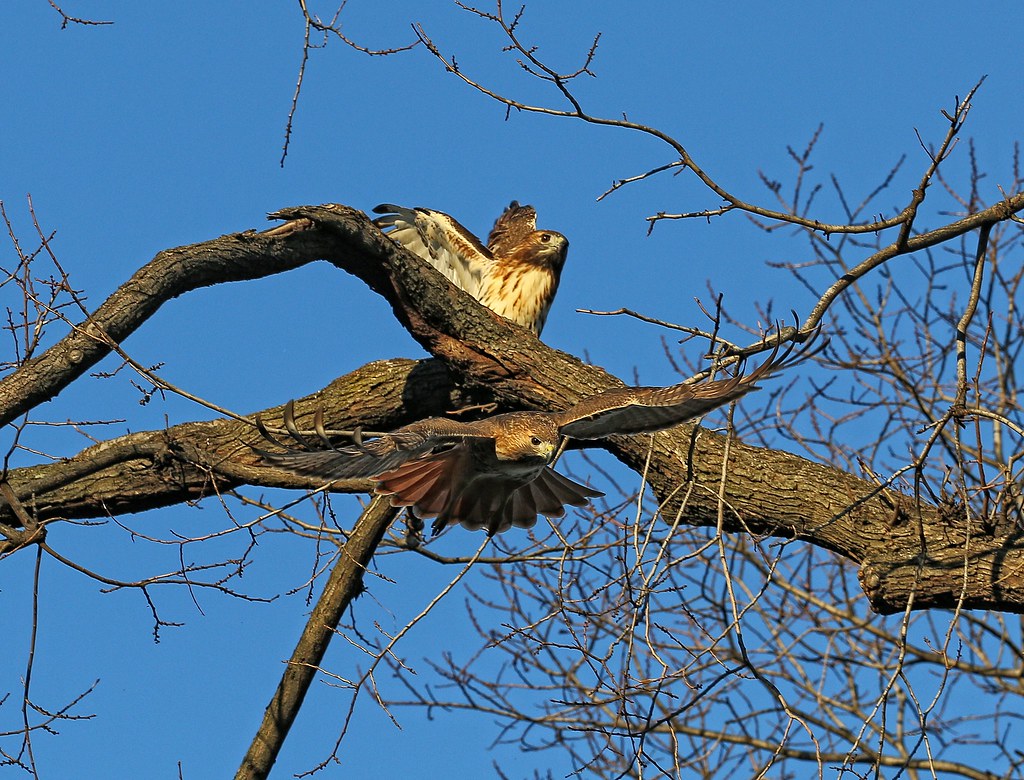 In the end, Christo flew to a tree a few feet away and the two hawks stared at each other for about ten minutes until Dora flew off to the SE corner of the park with the pigeon.  Christo then spent the rest of the afternoon hunting behind the bathrooms. 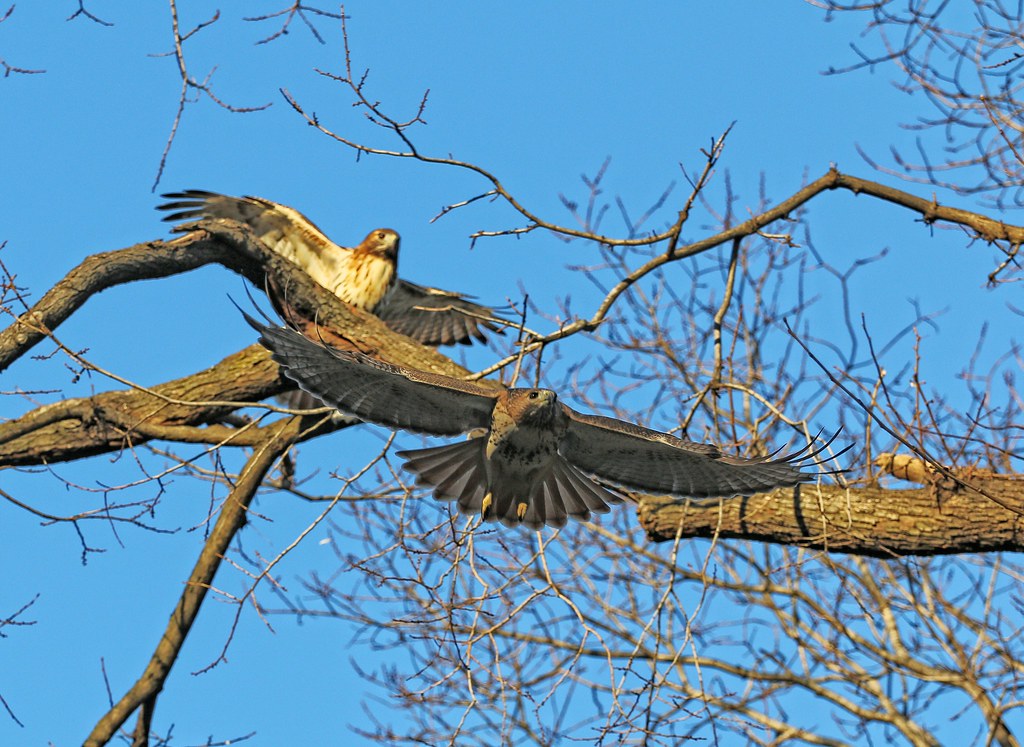