It began on a lovely Sunday afternoon in Tompkins Square where Christo caught a rat... 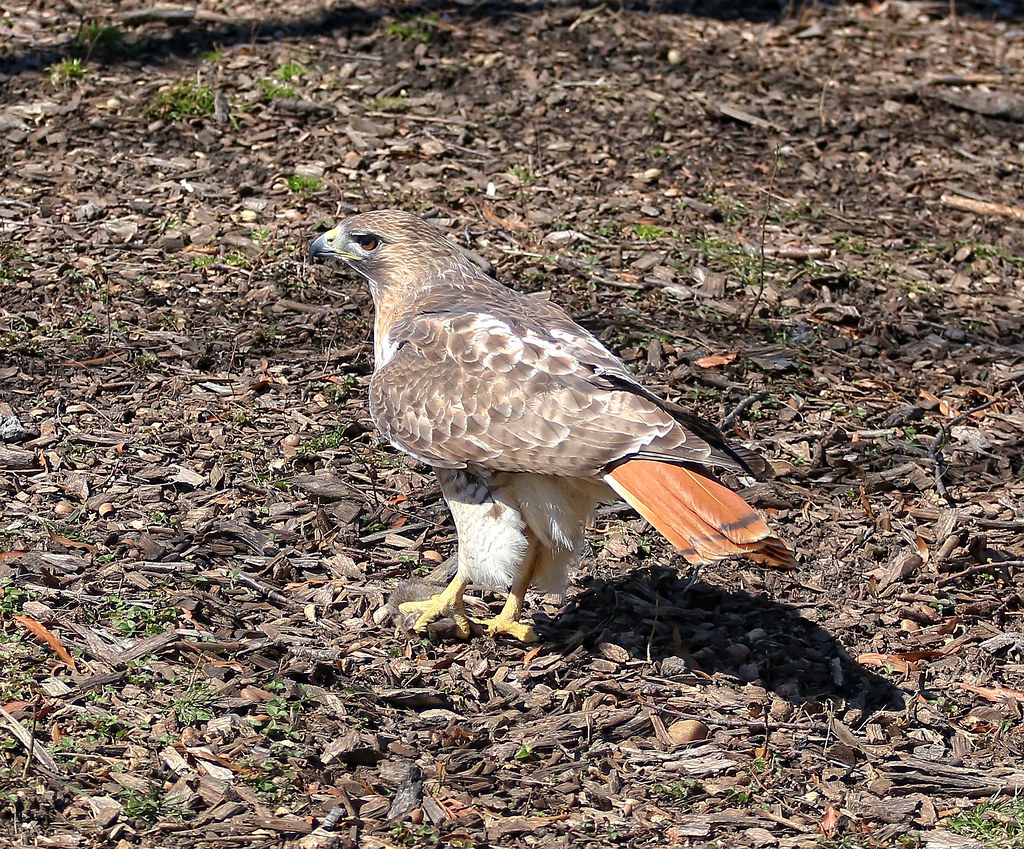 ...and then flew it around the farmer's market on Avenue A & 7th Street. 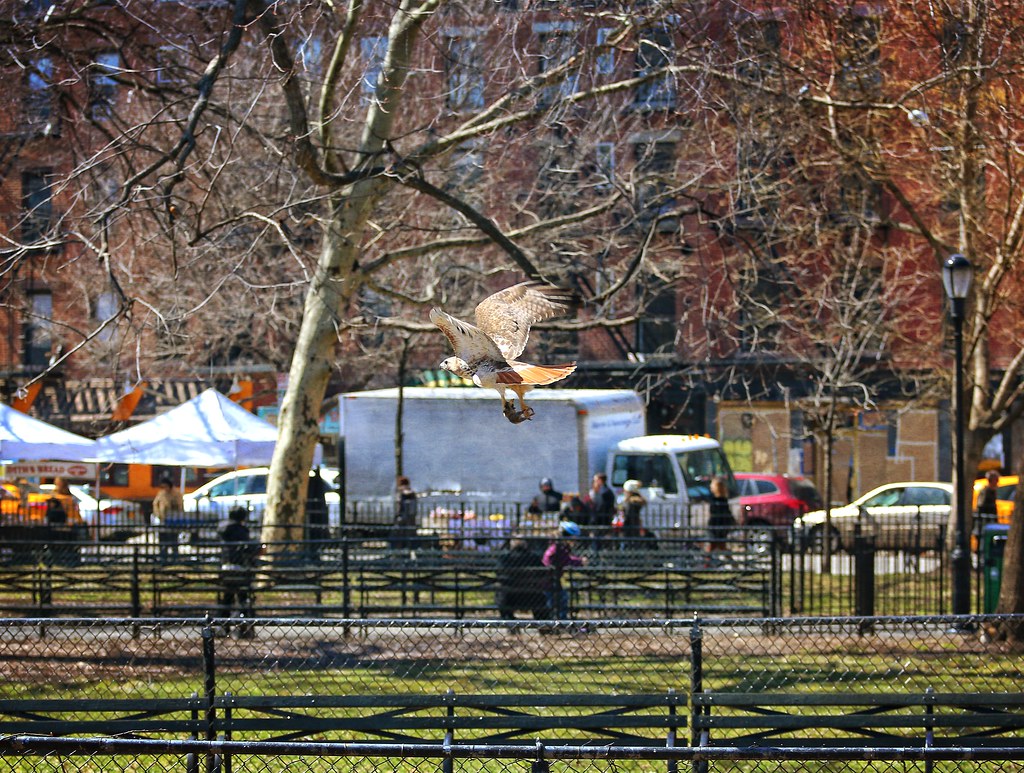 Pausing in a tree near the chess tables, Christo called Dora to come get lunch. 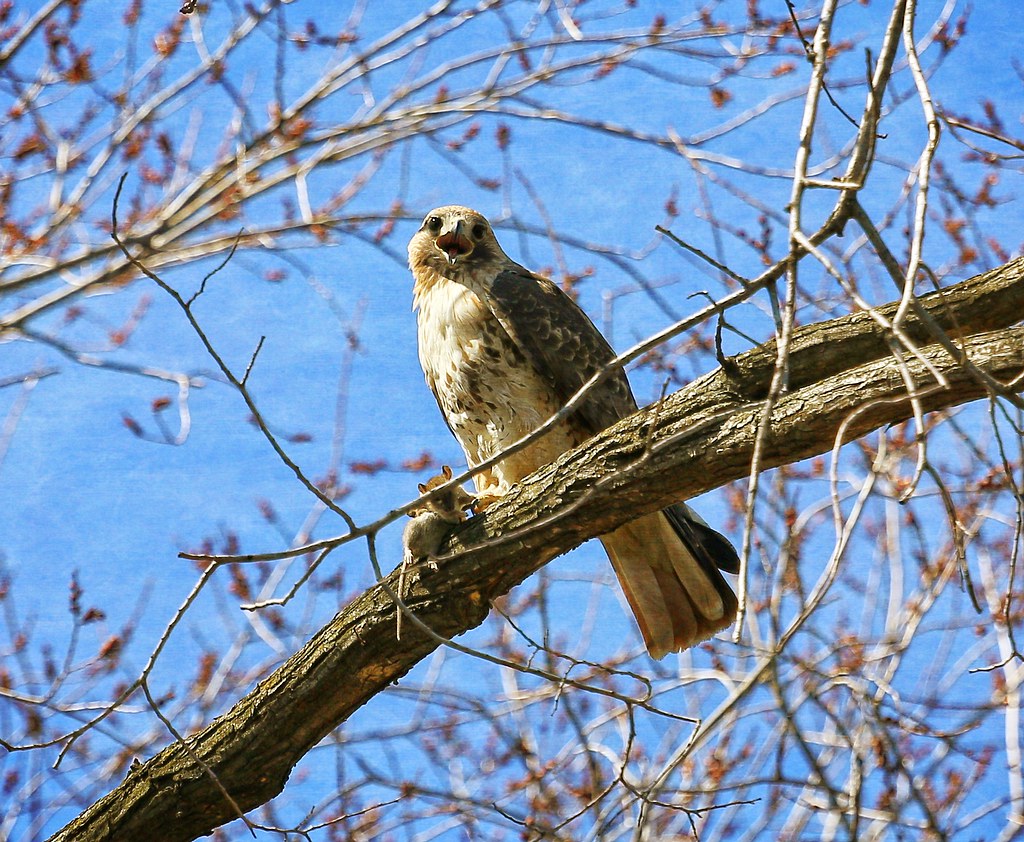 She was over on the nest at Avenue A & 3rd Street at the time, so I doubt she heard him.

Getting no response, he flew off with the rat, still calling... 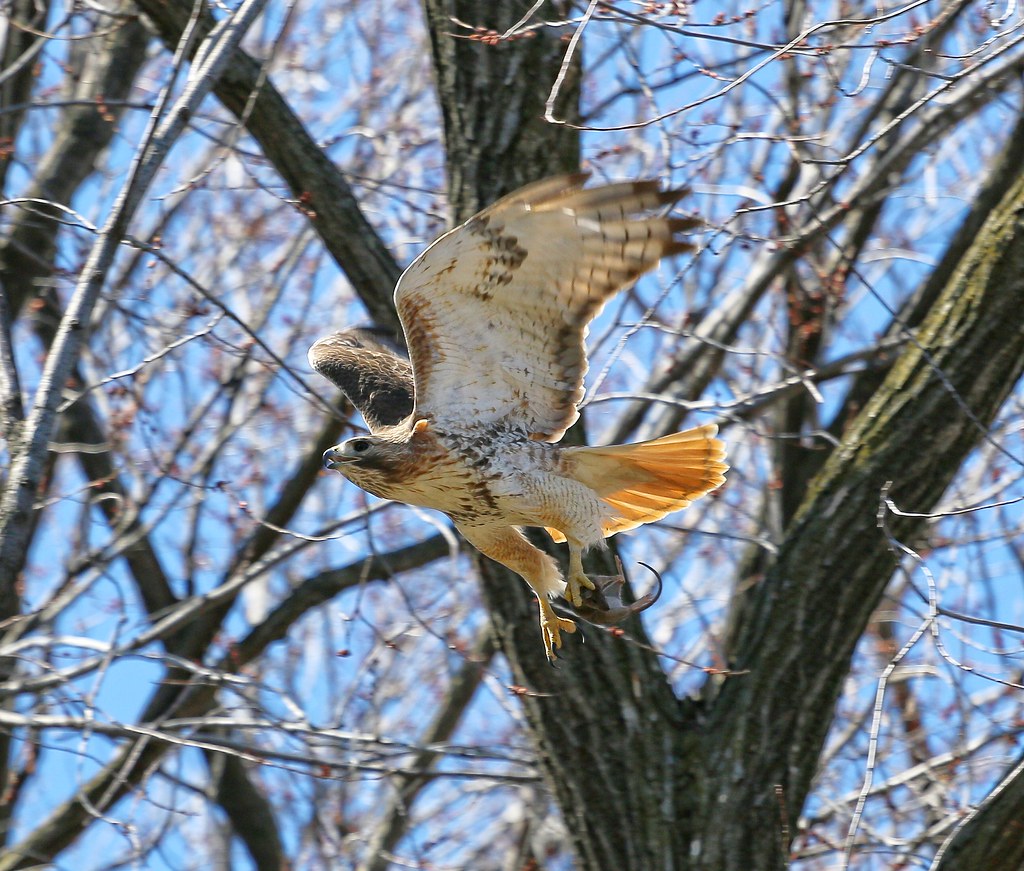 ...and took it up to the cross of the Most Holy Redeemer church, four blocks south of the park. 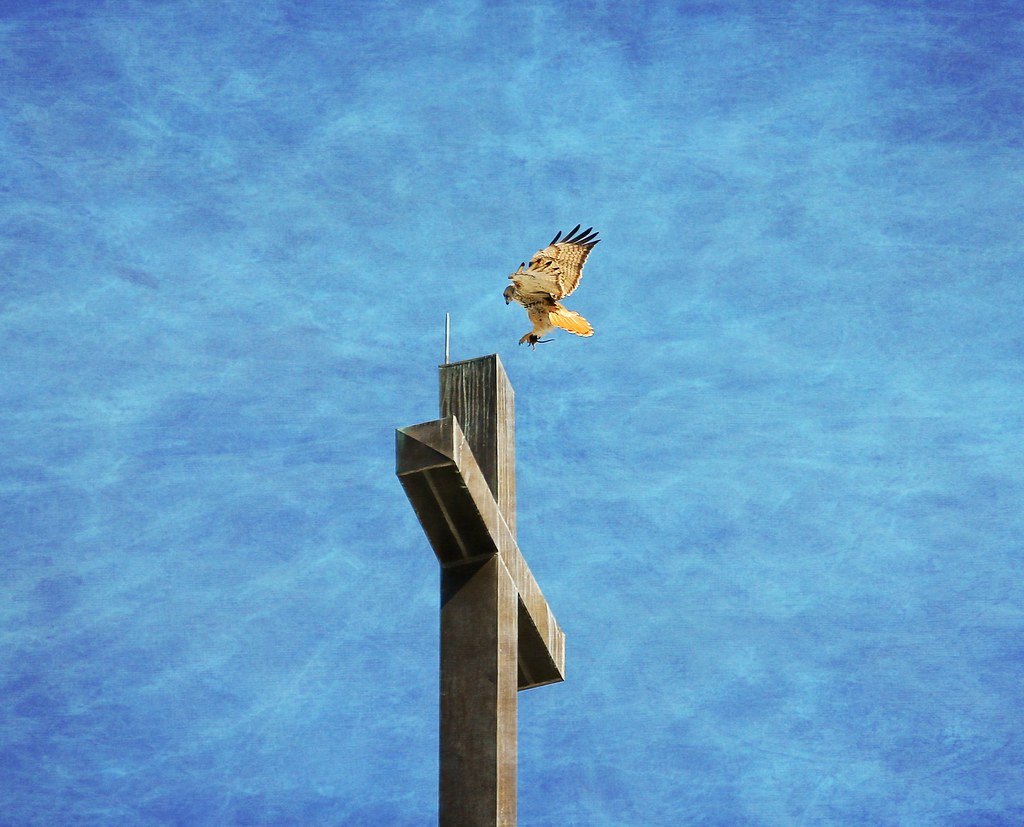 After calling to Dora to come and get it (and still getting no response from her), he left the rat up on top of the cross and flew back to the park.  I couldn't see the rat from the street, but it struck me as being a sacrifice to the gods being up there like that. How many rats have been on top of that cross?

About 20 minutes later, Christo returned and retrieved the rat. 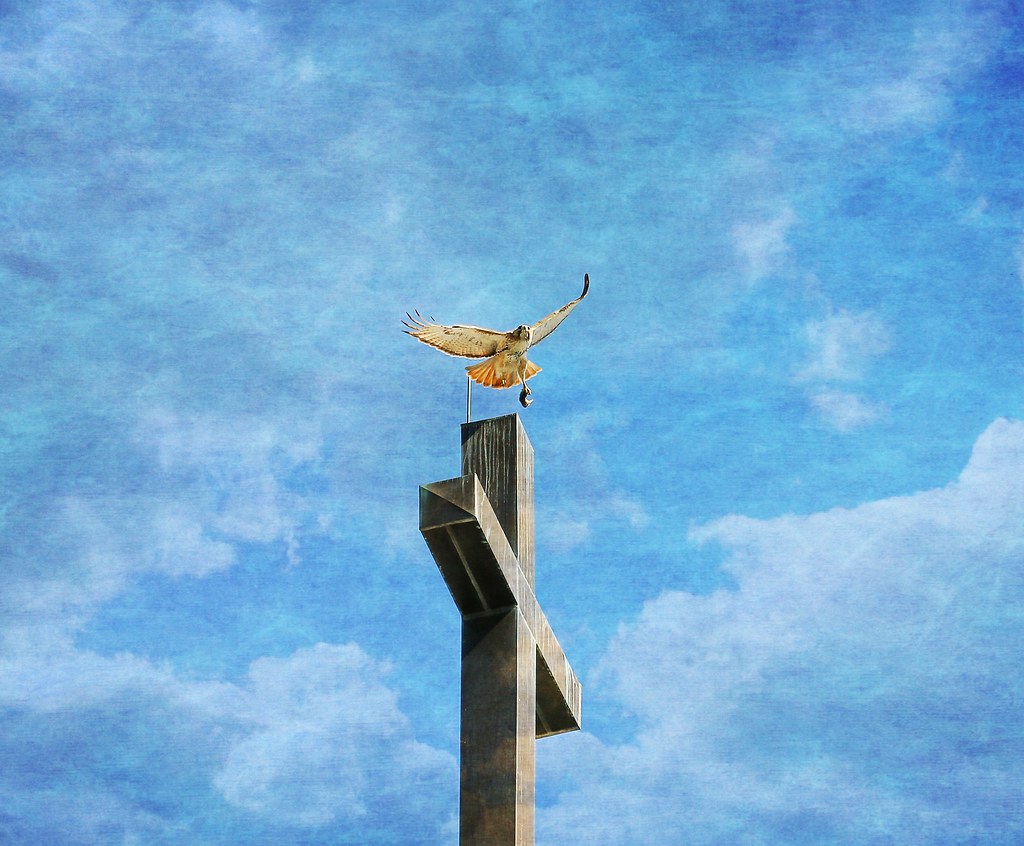 I thought he was going to fly it over to Dora, who was sitting on the nest, but he circled over Avenue A a few times, then took it over to Village View at First Avenue & 3rd Street. 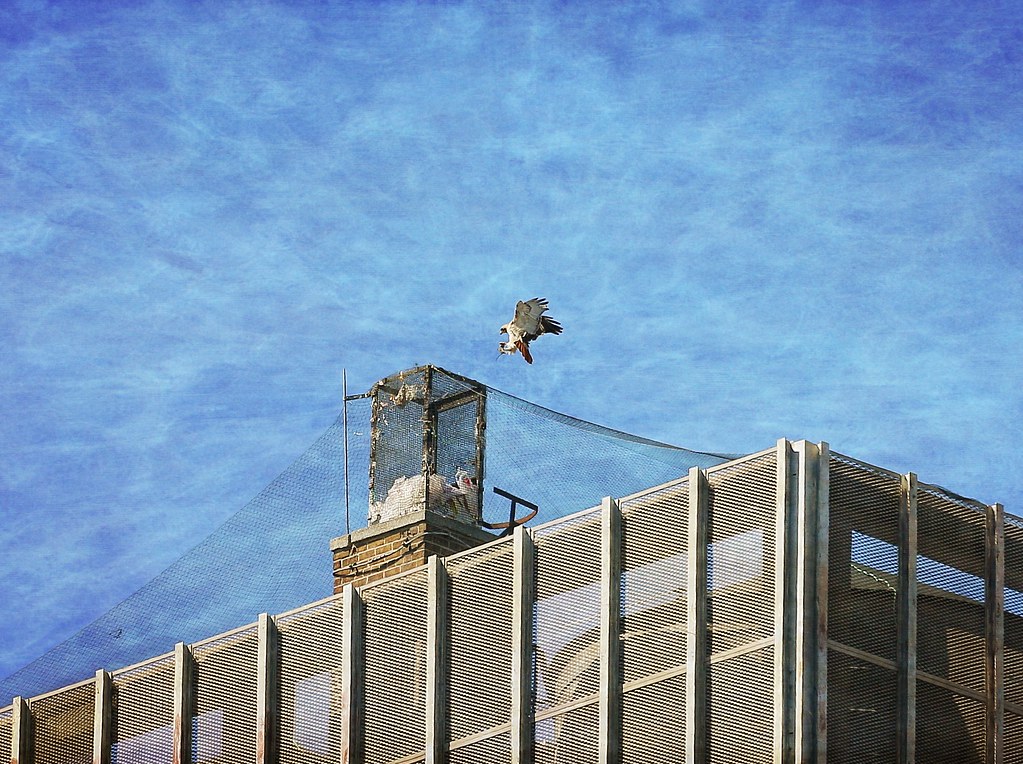 I thought he'd eat it there, but no!  A few minutes later, Christo took off with the rat again, made a few more circles over Avenue A, then headed east. 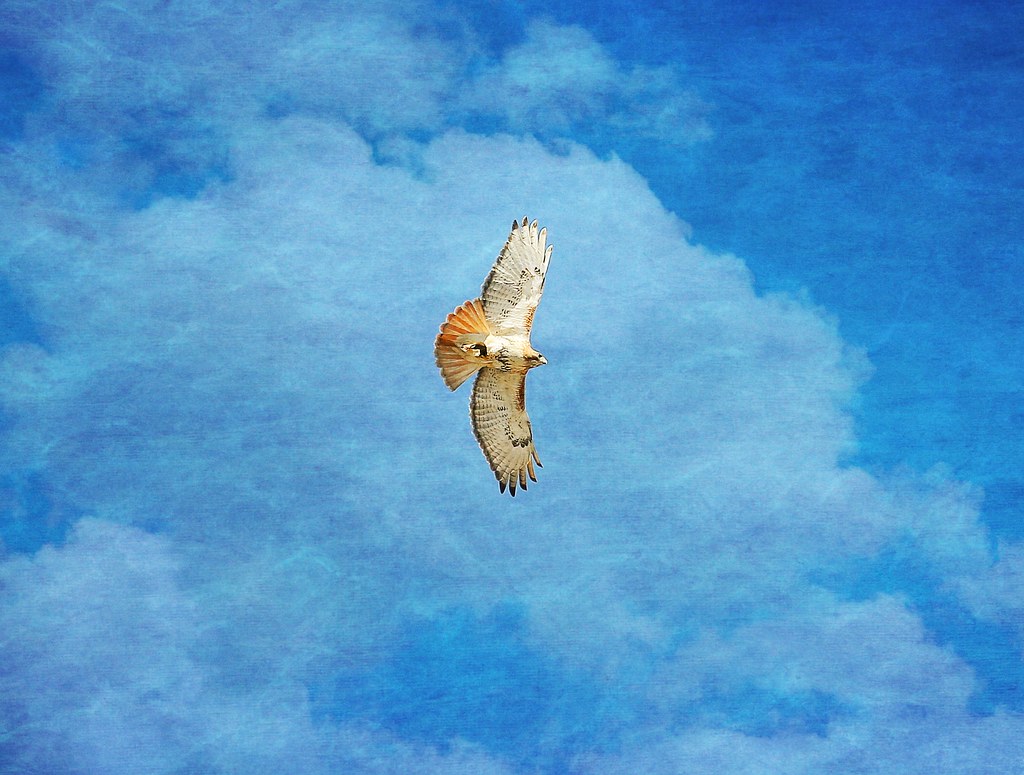 This all took about 45 minutes.  As far as I know, Christo is still flying around with that rat...