Every summer, I complain about the heat, but this last weekend was undeniably brutal.  I try to get to Tompkins Square every day, no matter the weather, but this last heat wave really wiped me out.

Let's cool off for a minute... 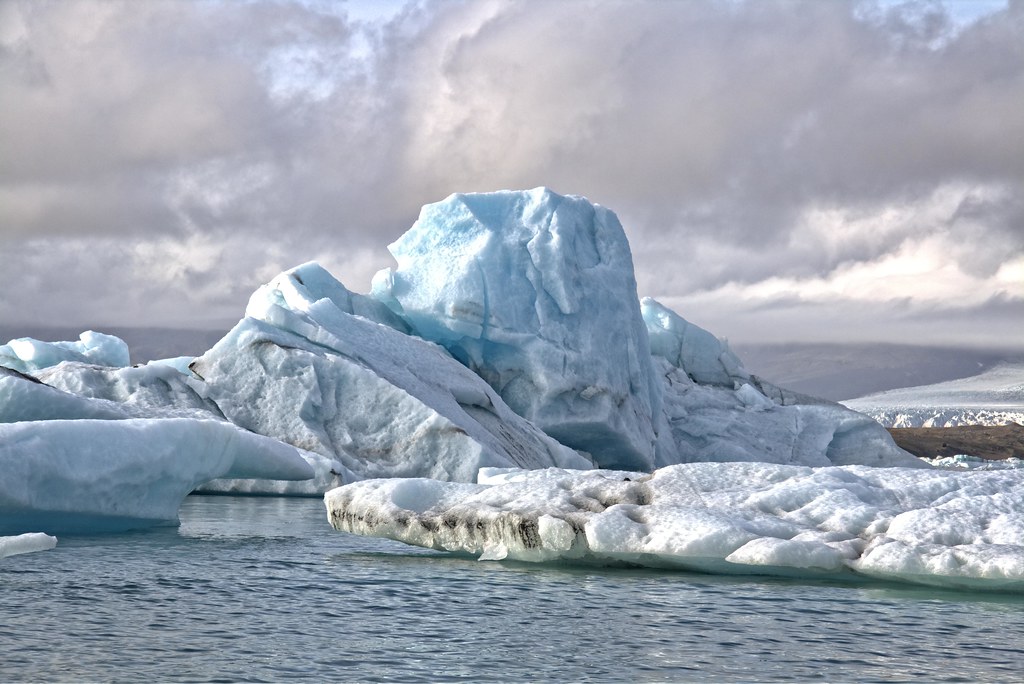 There hasn't been much hawk action in the park as the fledglings are now independent and the sweltering heat likely keeps them from exerting much energy during the day.  I have, however, been seeing one fledgling late in the day, sometimes accompanied by dad Christo. 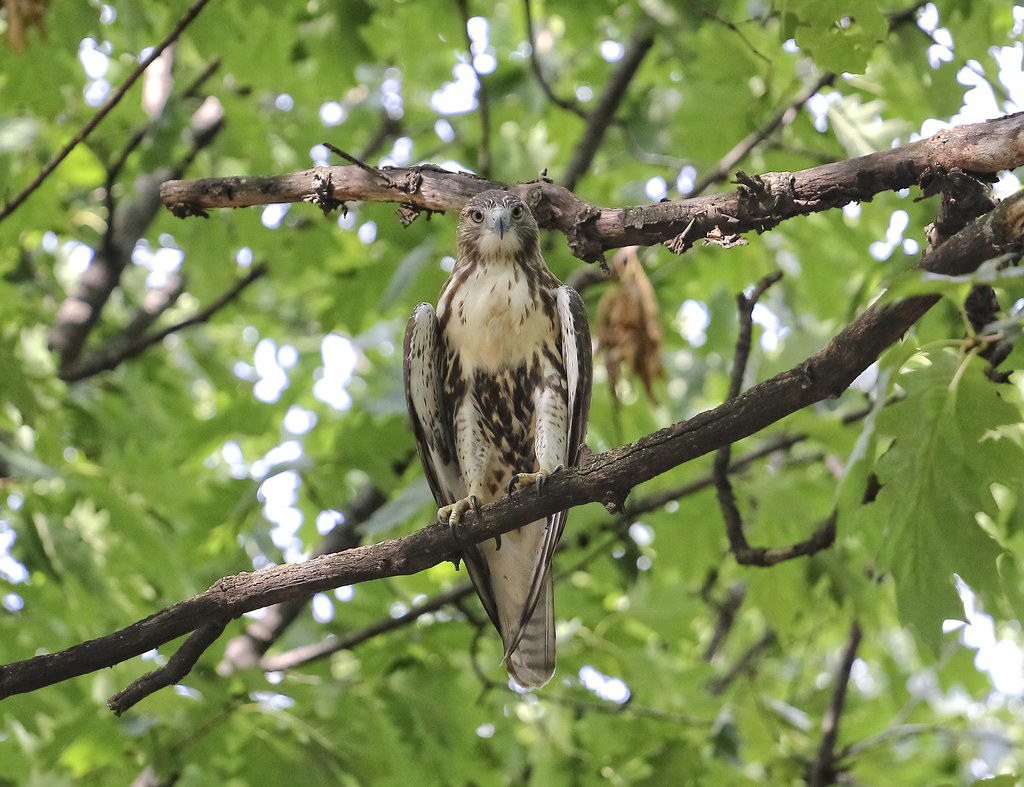 Last Friday and Saturday, the fledgling showed up to take a bath in a puddle on the roof of the men's room. 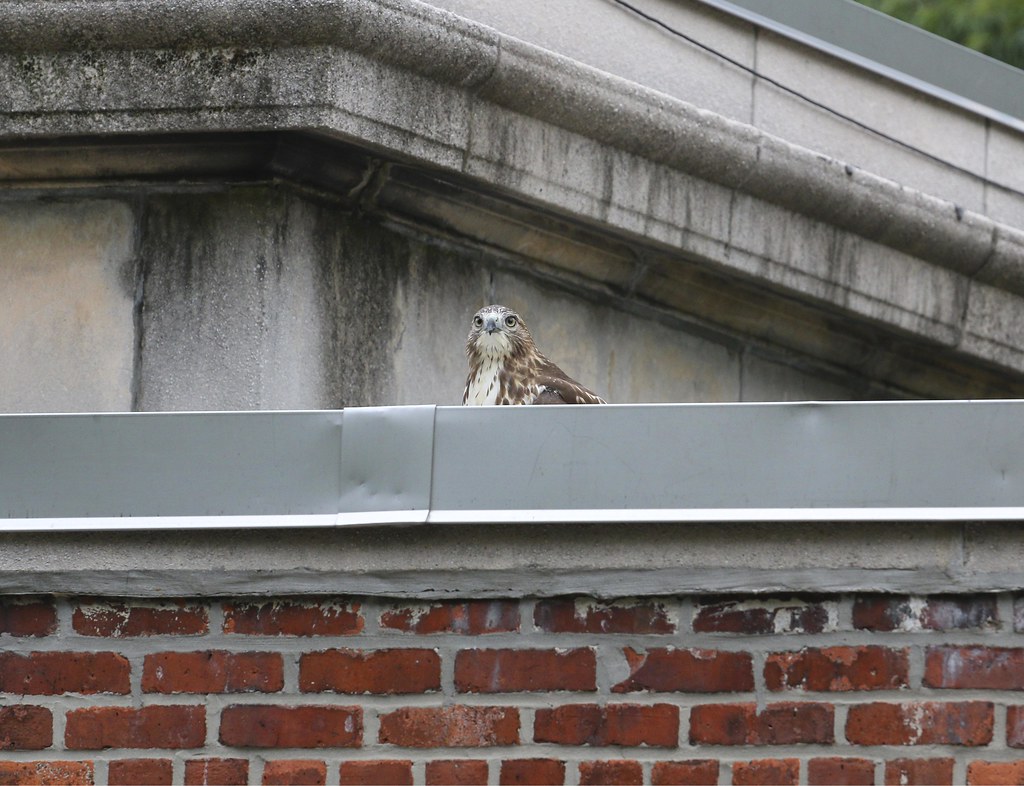 At the time, the sprinklers were on behind the park offices, so why the hawk opted to soak in the warm fetid pool rather than the nice refreshing spray is anyone's guess.  It just goes to show the birds don't think like we do. 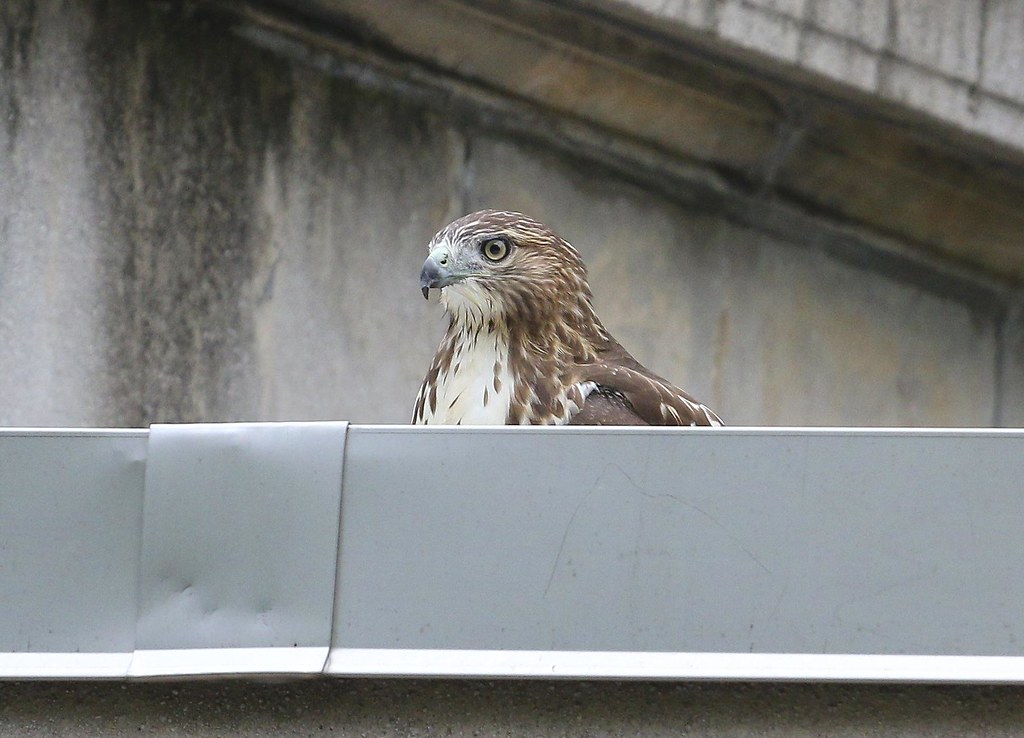 When the hawks are on the roof, they can really disappear.  If I hadn't seen the hawk fly up there, I might not have known it was there at all. 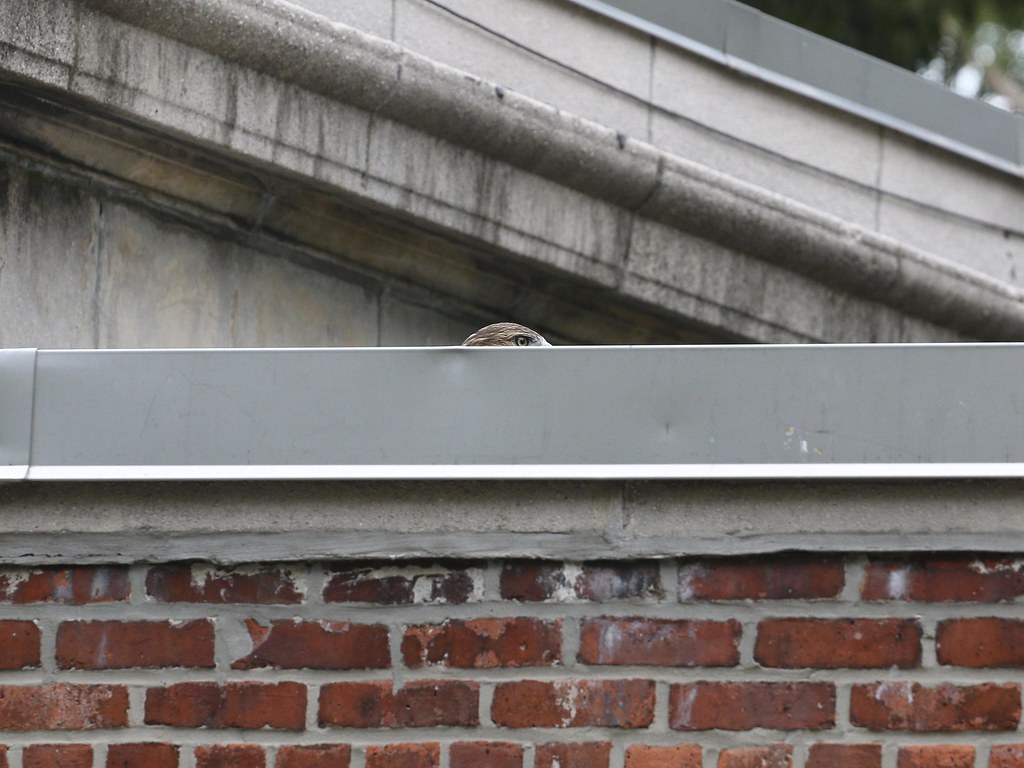 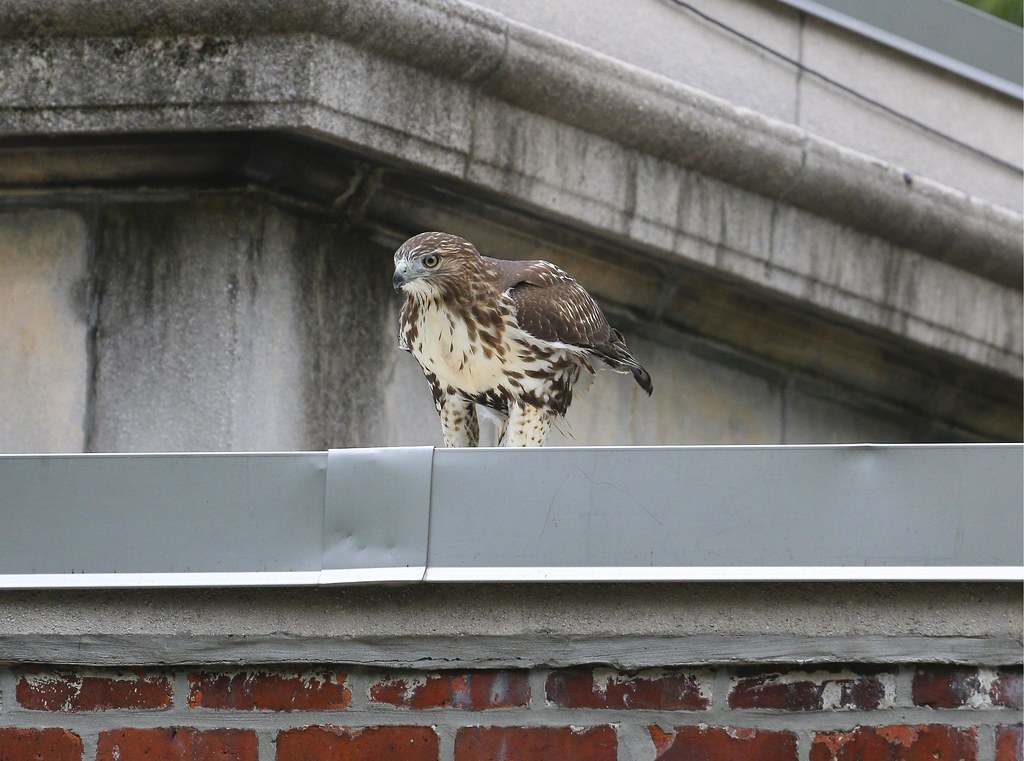 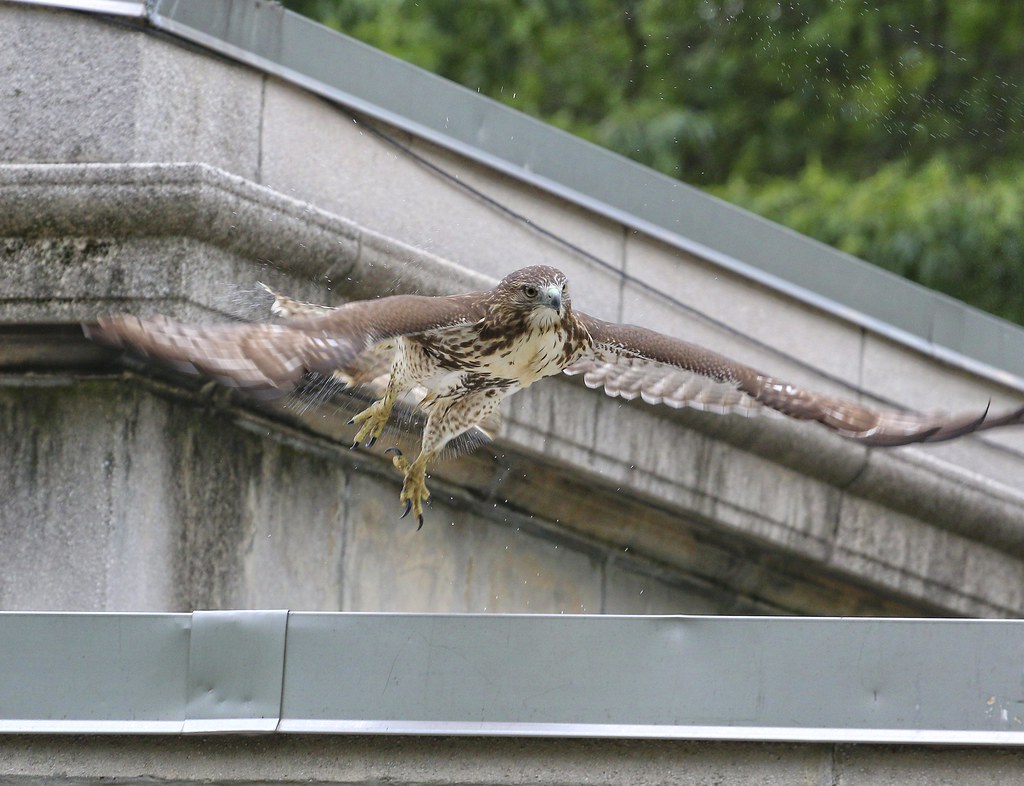 After the spa session, the hawk spent a good deal of time lounging around on this squirrel nest that hangs right over the sprinklers. 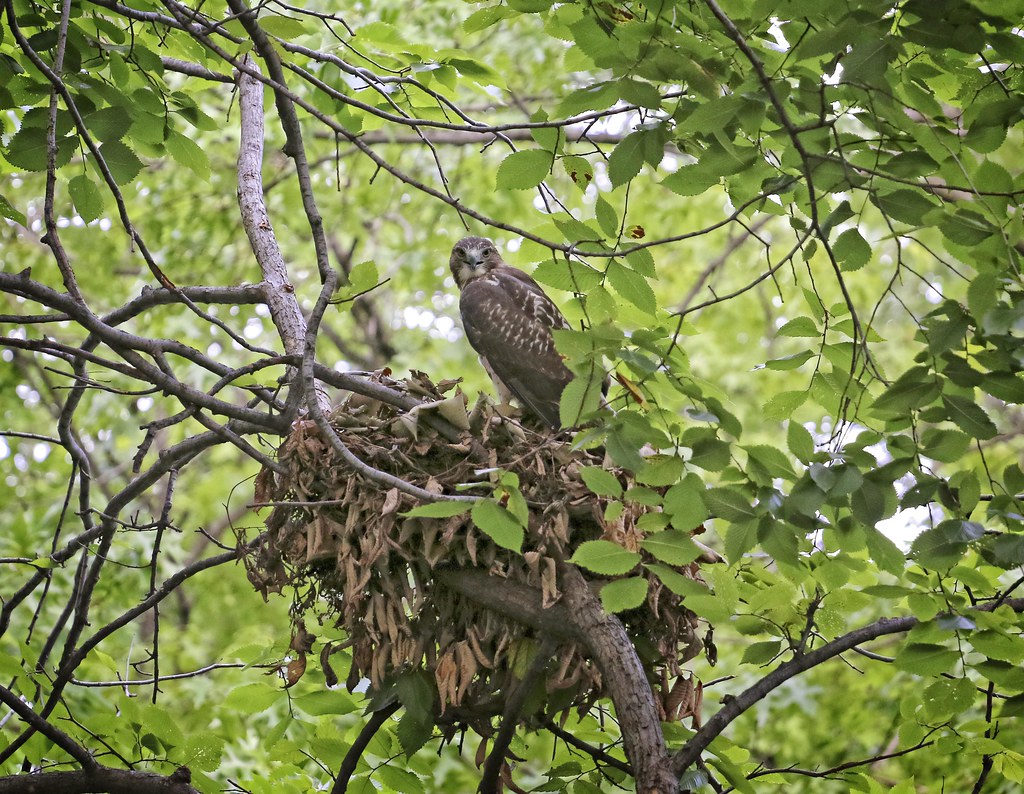 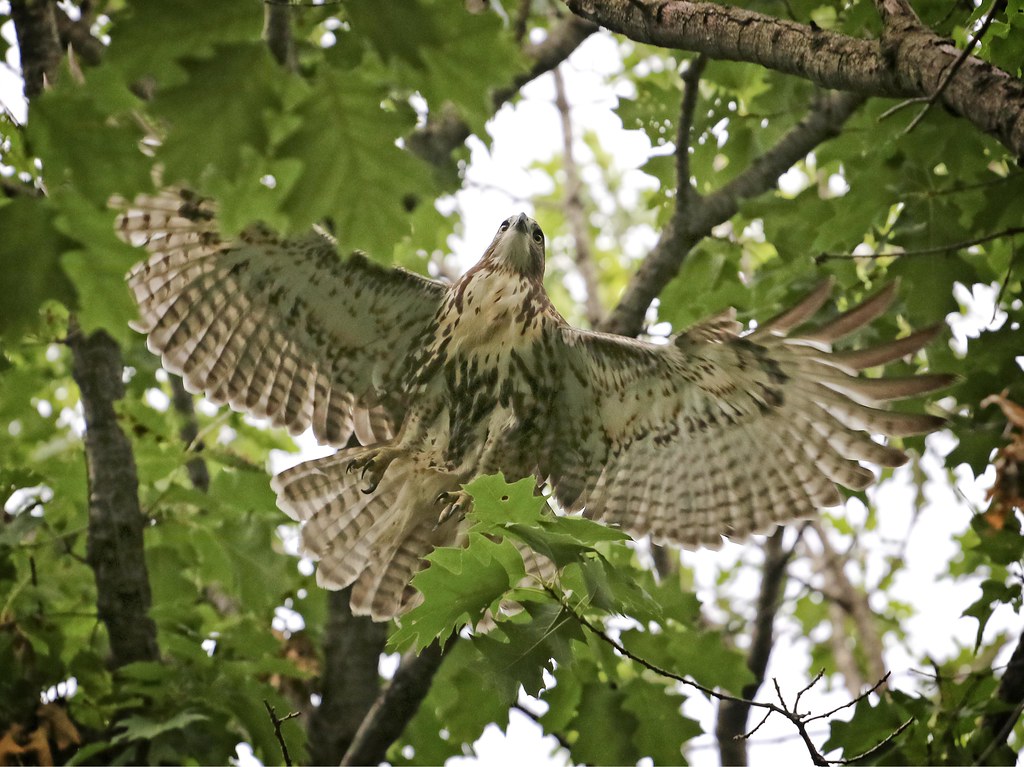 Then it flew a few trees over to another squirrel nest.  No one was home at either location. 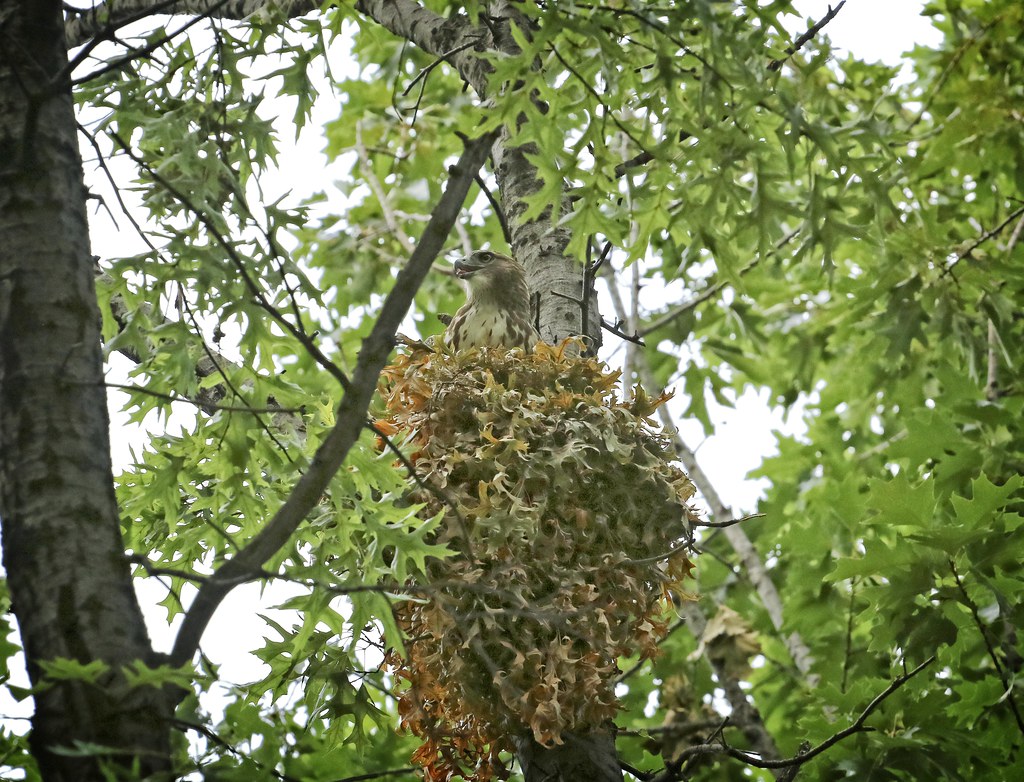 The hawk didn't appear to be hunting.  Sometimes the squirrel nests are used by the hawks as places to stash food, so the fledgling could have been scavenging for snacks, but I don't really know. 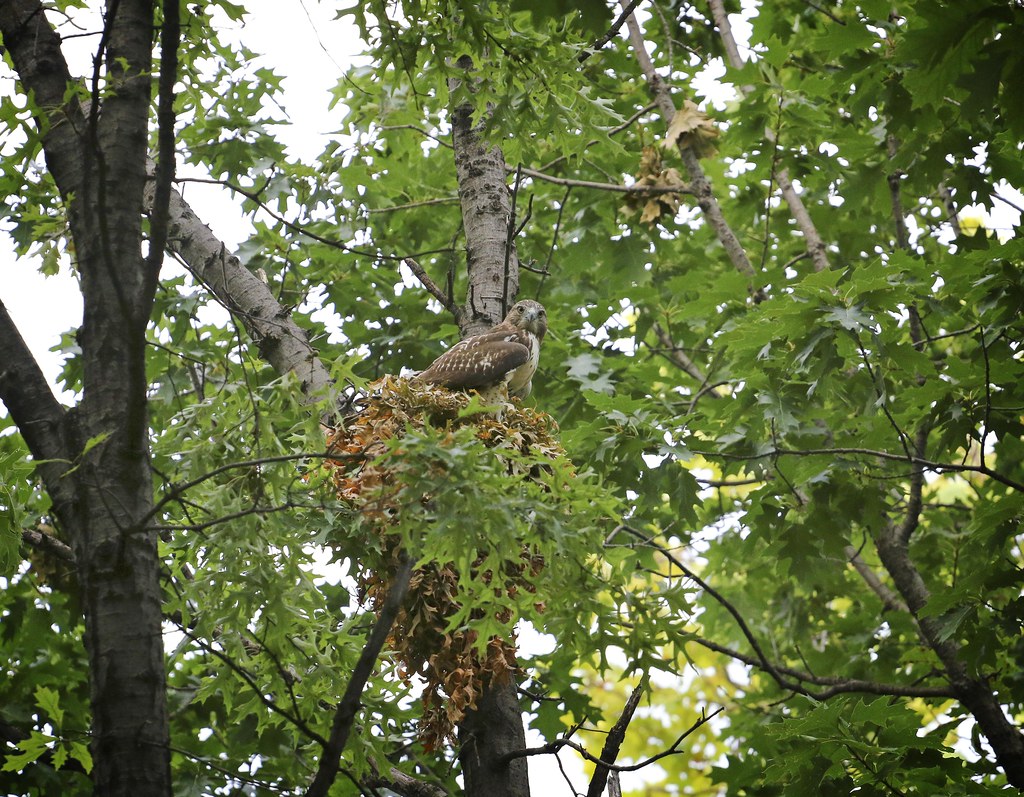 I love the color of their eyes at this age, which is bright lemon yellow. 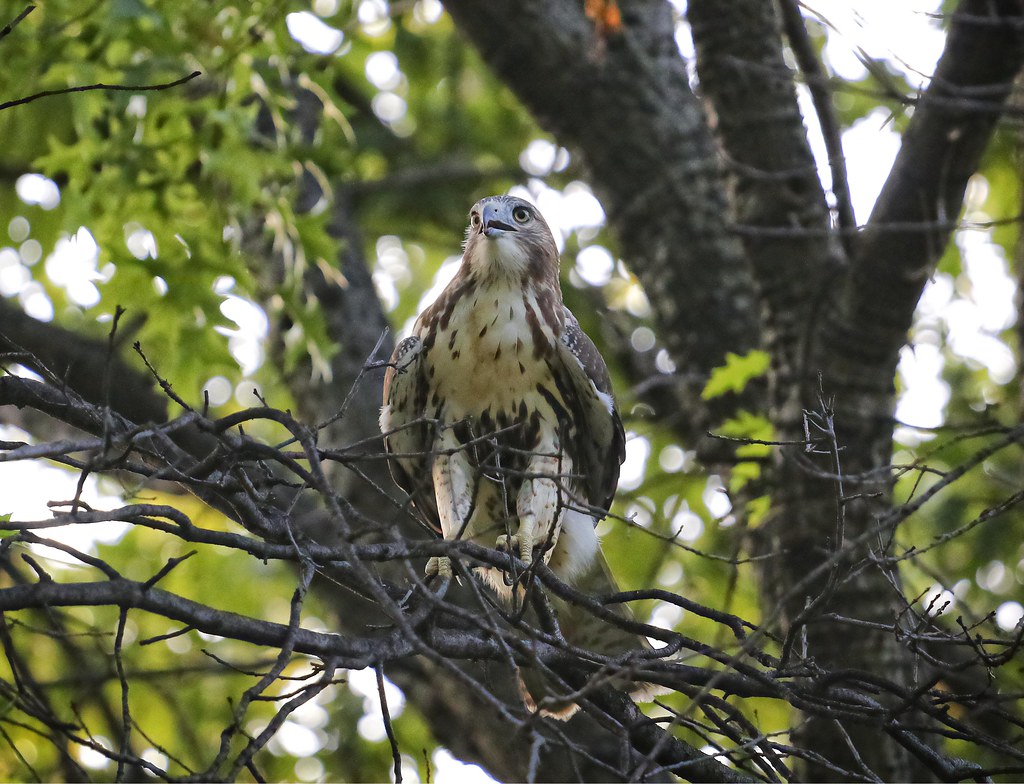 Please now turn your attention to the Winners Podium to see this fledgling claim a gold medal in the 2016 Summer Hawk Olympics. 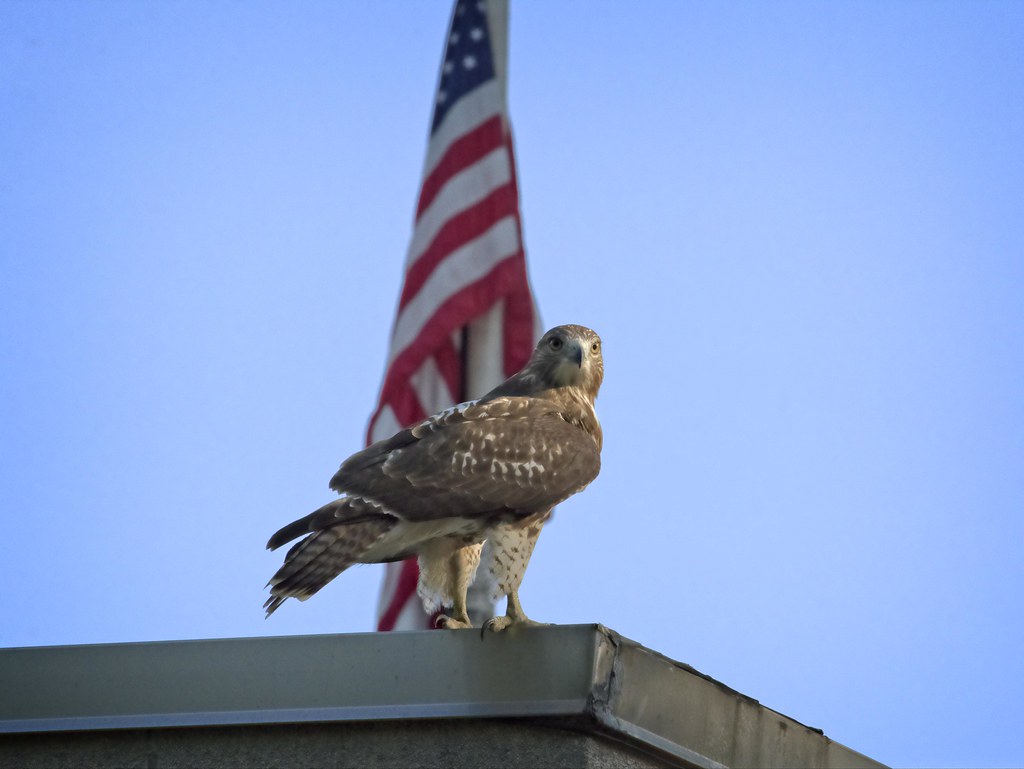