After being spoiled with so much hawk action over the last several weeks, the last few days have seen a sudden drop in hawk entertainment in Tompkins Square.  Once the fledglings are able to feed themselves, there's nothing to keep them from flying off to explore the world, and we may be reaching that time with our current hawk family.

Last night, I did catch Christo and one of the fledglings in the park just as the sun went down. 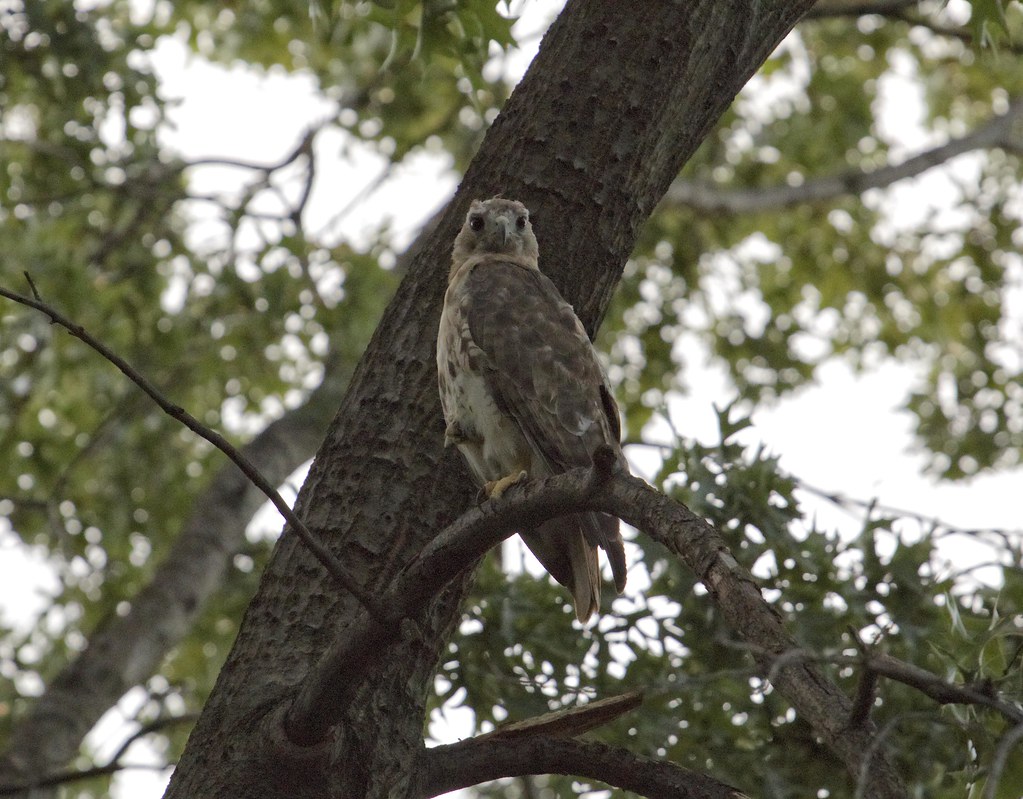 Kid, looking over at dad: 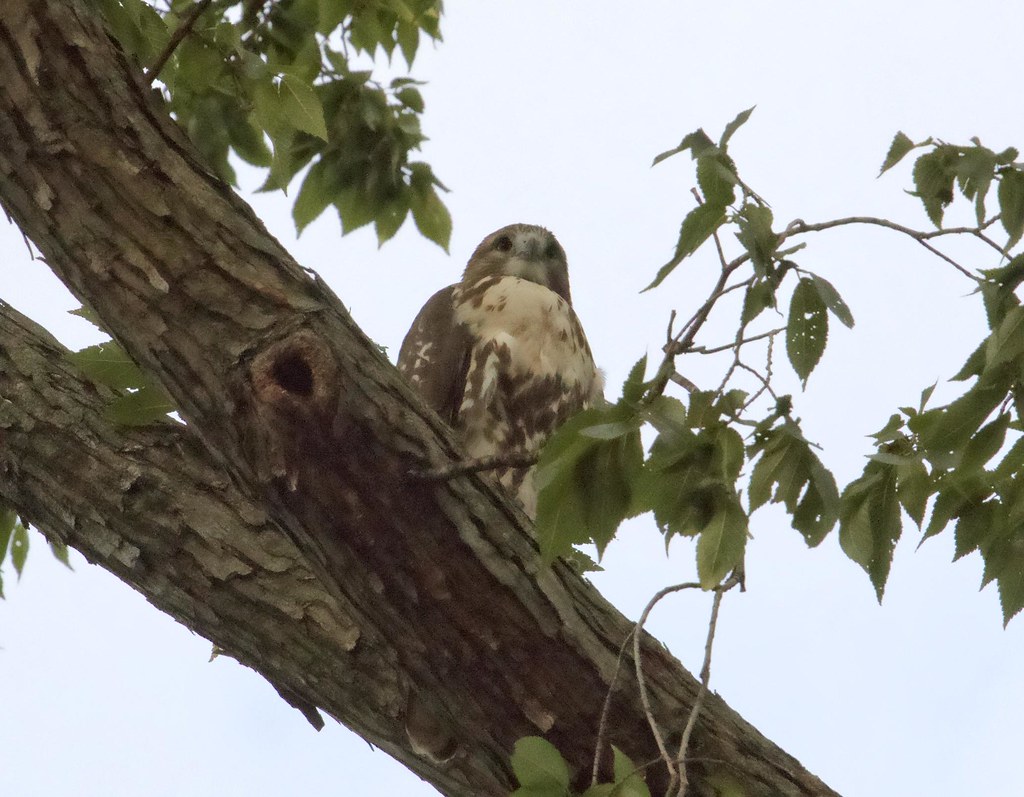 The fledgling perched in the Krishna tree and cried until Christo showed up.  They then sat quietly in neighboring trees for about an hour and eventually I had to leave as it became dark. 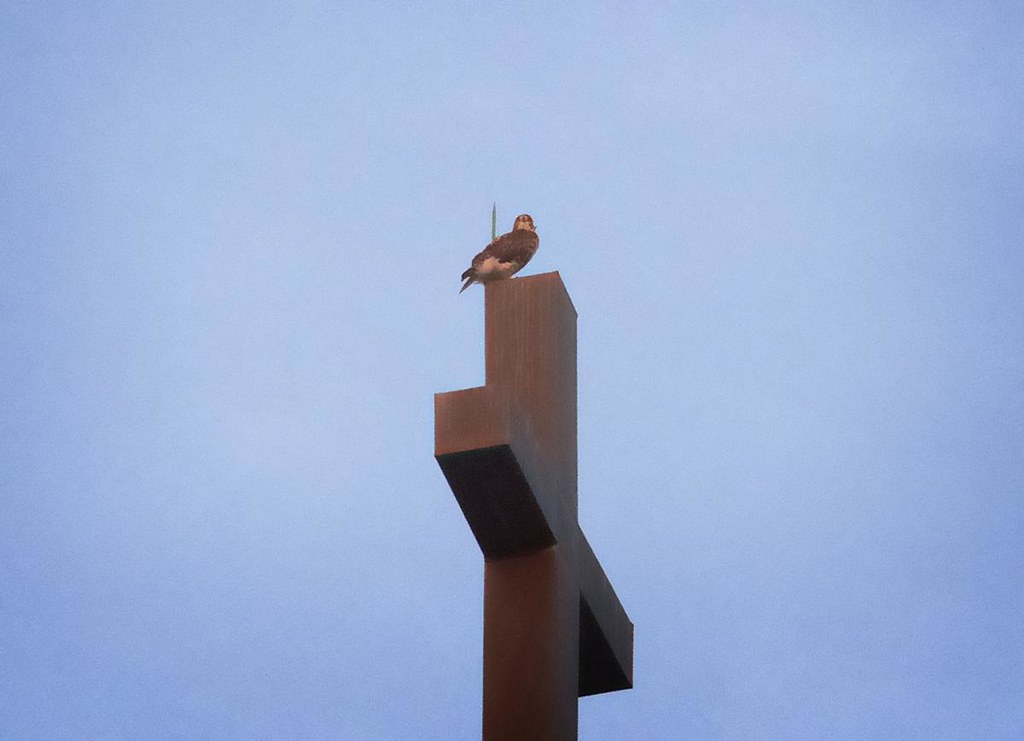 On August 7, one of the fledglings caused a stir at Avenue A & 3rd Street when it flew into a window and went to the ground.  Fortunately, it appeared to be all right.  It's good to know so many people are looking out for the birds.

Looking back at the last two years, my last sightings of Tompkins Square fledglings were in August/September.  In 2015, my last sighting (in the neighborhood) was the first week of August.  That year was notable because the hawks nested on an air-conditioner at the Ageloff Towers at Avenue A & 3rd Street, and the fledglings never spent that much time in the park.

In 2014, they nested on the Christodora House at Avenue B & 9th Street, and did spend a great deal of post-fledge time in the park.  My last sighting of the older two fledglings in the park that year was August 1.  The third hawklet, who stayed in the nest a whole six days longer than its siblings, hung around Tompkins Square until September.

This summer has been such a treat watching the young hawks play and learn to hunt in the park.  We've learned so much from them and I am so happy to have been able to share the experience.

The squirrels are gonna miss these guys... 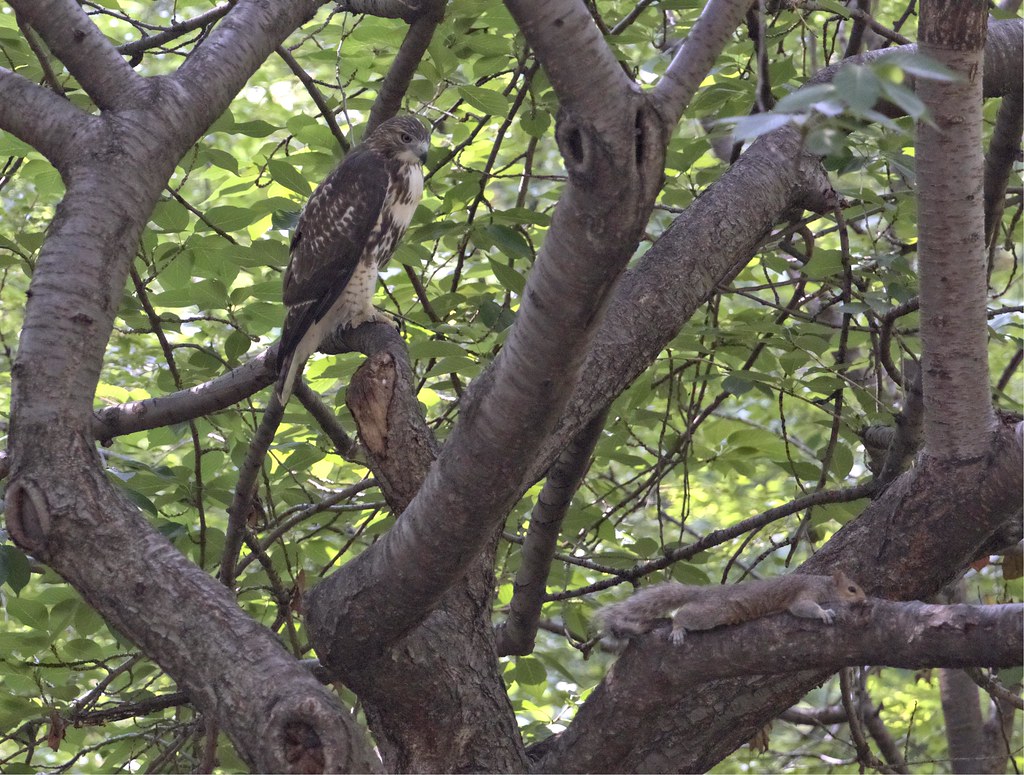 May good luck be your friend in what ever you do, and may trouble be always a stranger to you. 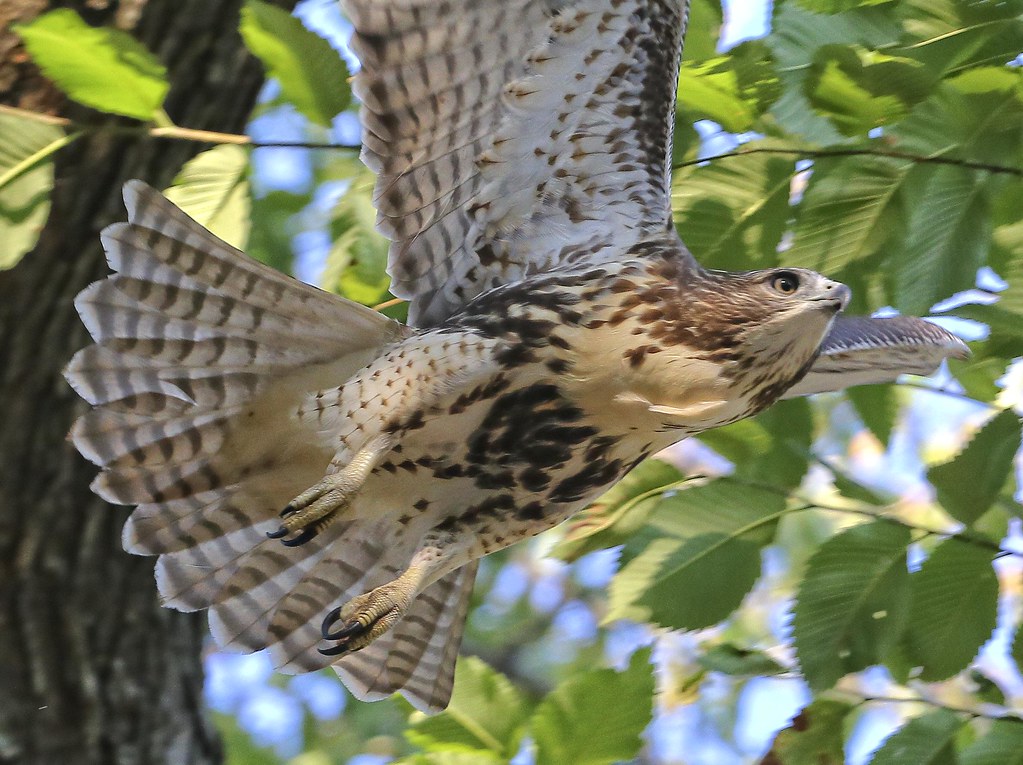