It's fall migration time, and several interesting birds are passing through Tompkins Square on their way south.

For the last couple of weeks, female American Redstarts have been flitting around the SE section of the park. 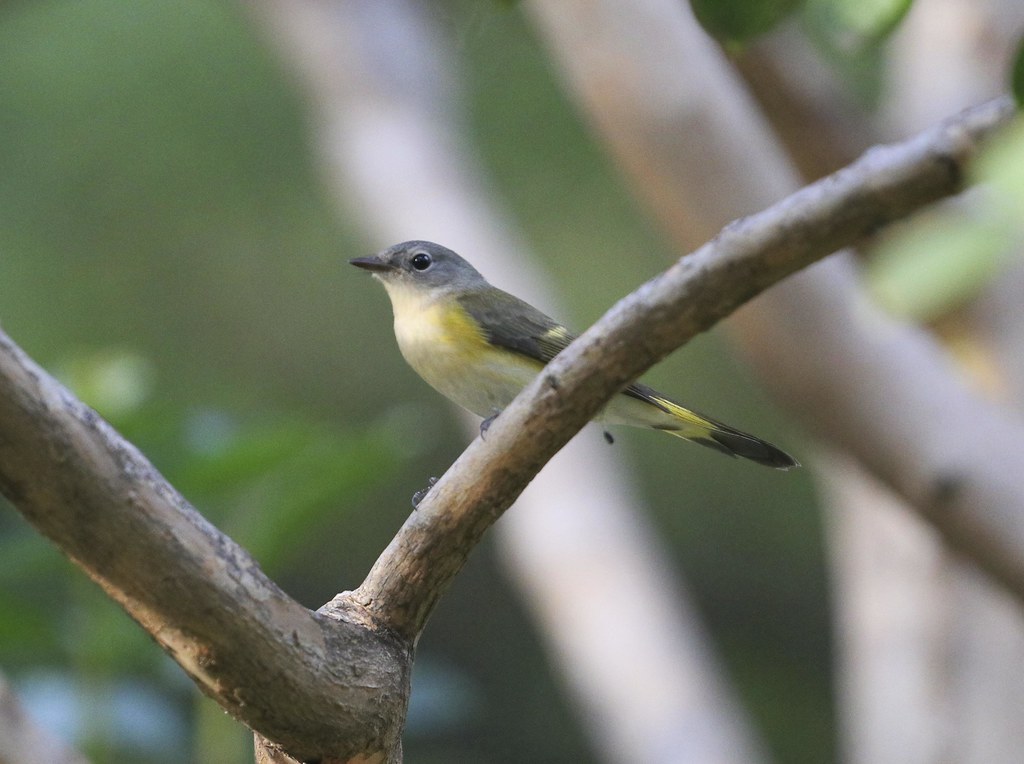 Most sightings have been in a Siberian Elm tree just west of the Oak Playground, as it's called on this wonderful Tompkins tree map created by Michael Natale. 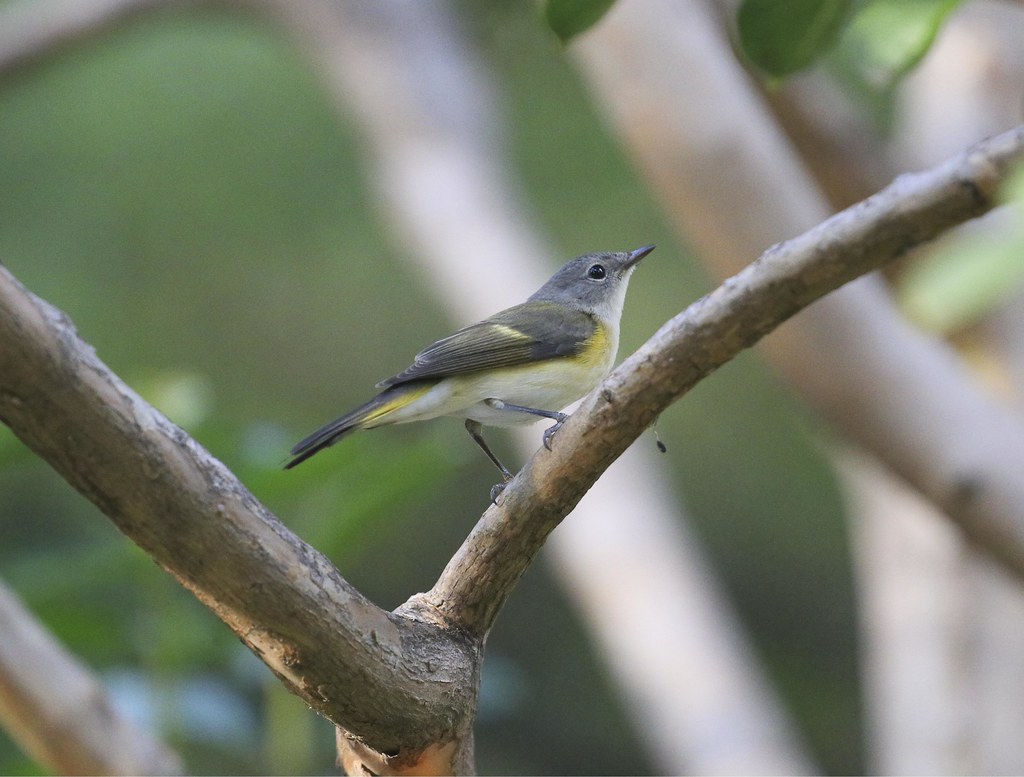 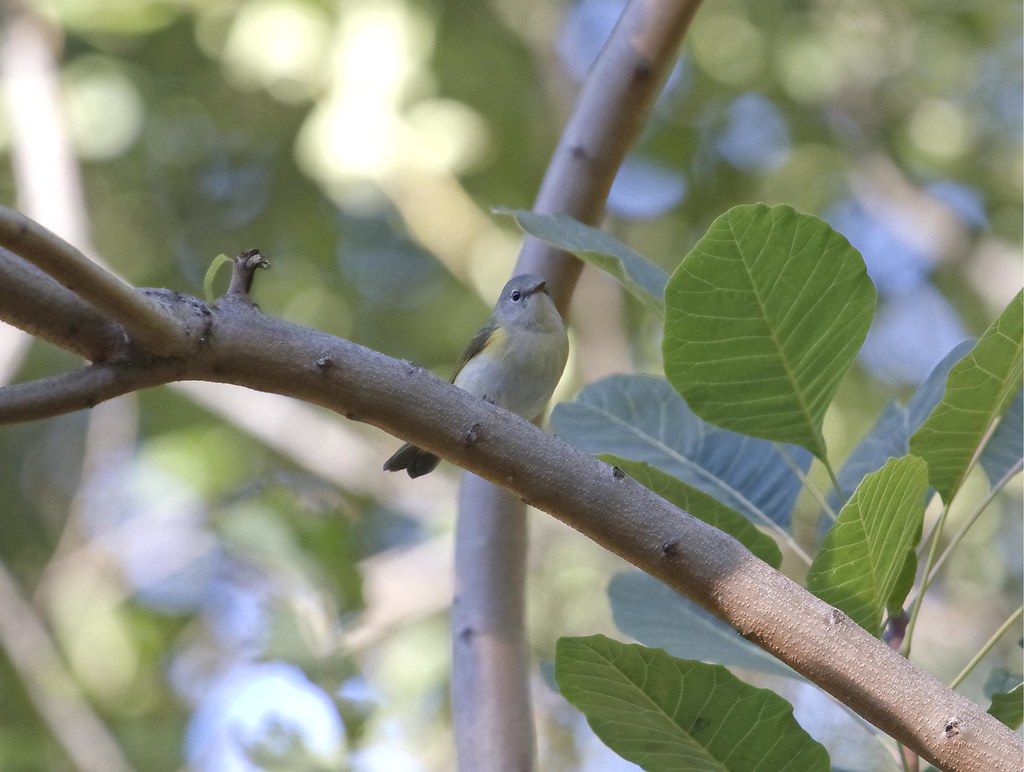 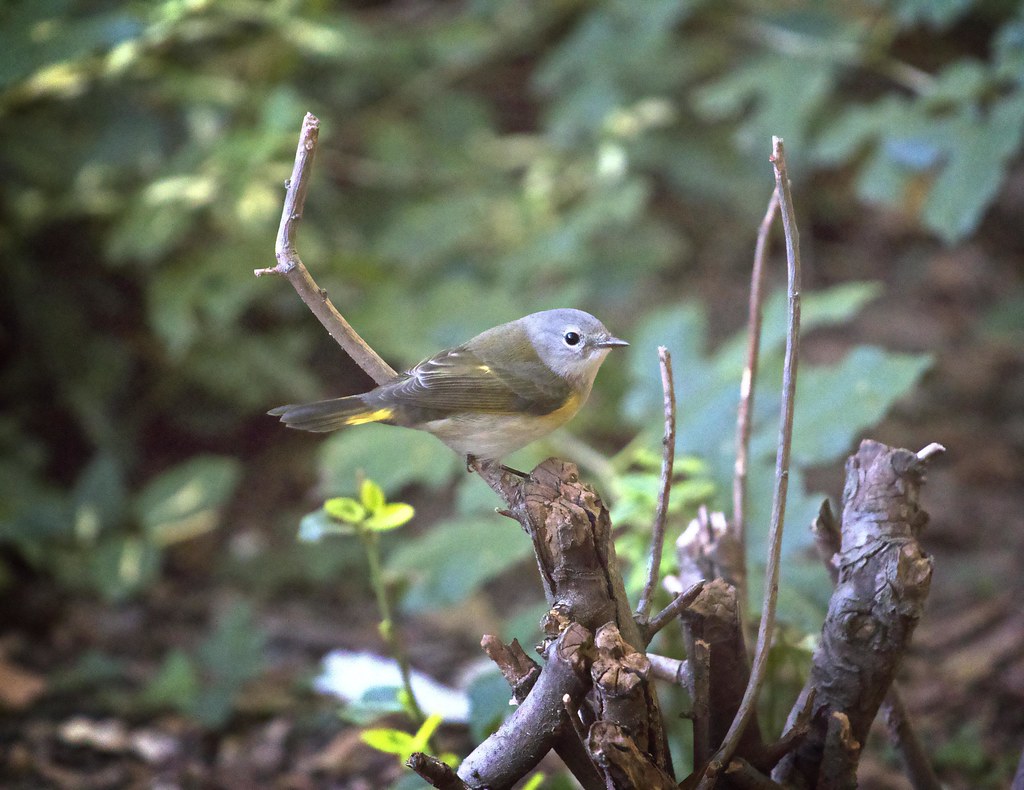 According to the Cornell Lab of Ornithology, redstarts "rapidly spread their cocked tails, exposing the orange or yellow in a quick flash, which often startles insect prey into flushing, whereupon the redstart darts after it, attempting to catch it in the air."

I caught two of them doing just that - they bounced around on the ground, fanning their tails and leaping up to snatch bugs.  They moved so quickly, it was challenging to catch the action, but I did get one showing off her tail. 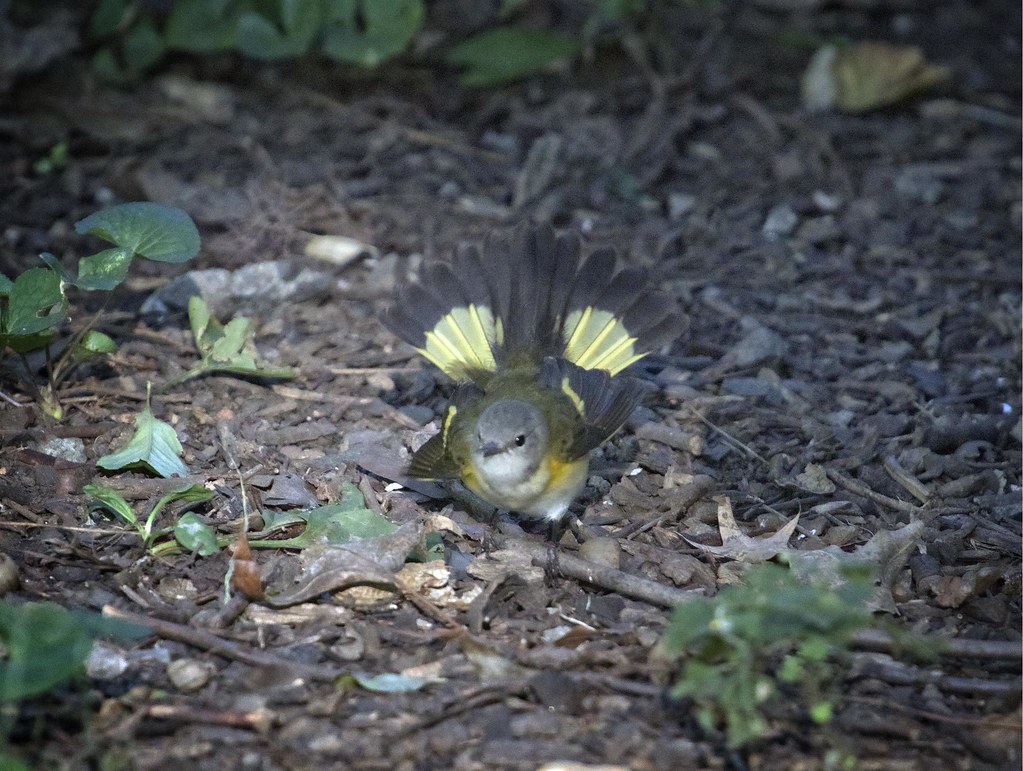 Meanwhile, nearby at the ginkgo tree where the hawks had their nest, I came across a couple of Black-and-white warblers. 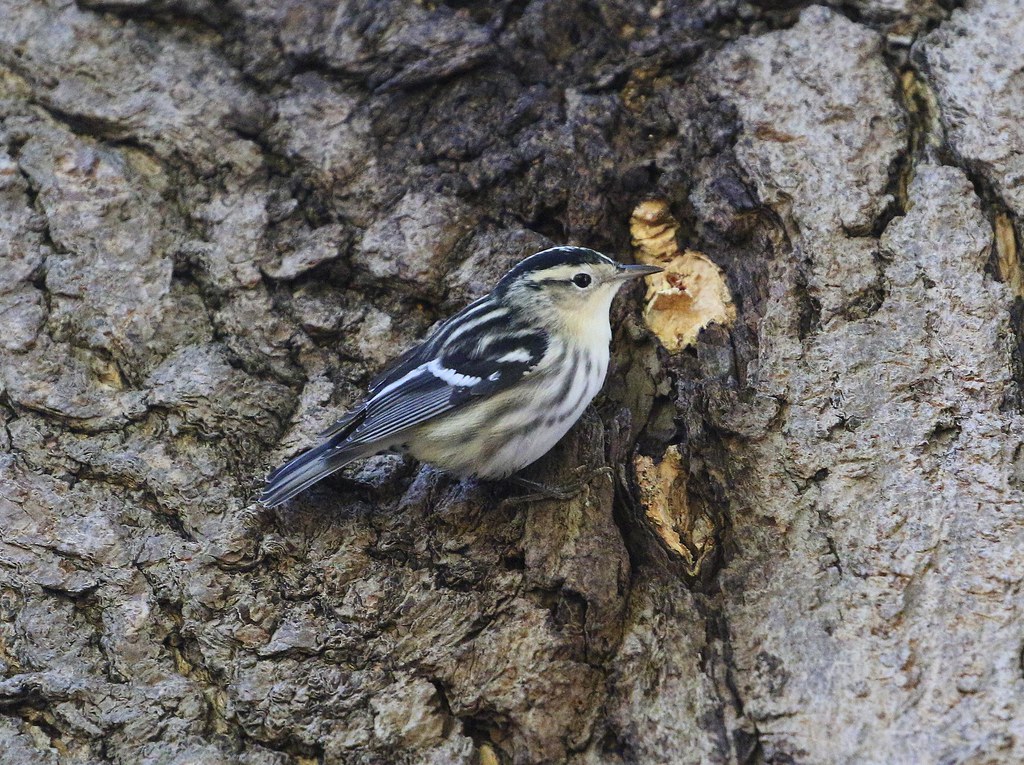 They were digging up grubs from the bark of the tree. 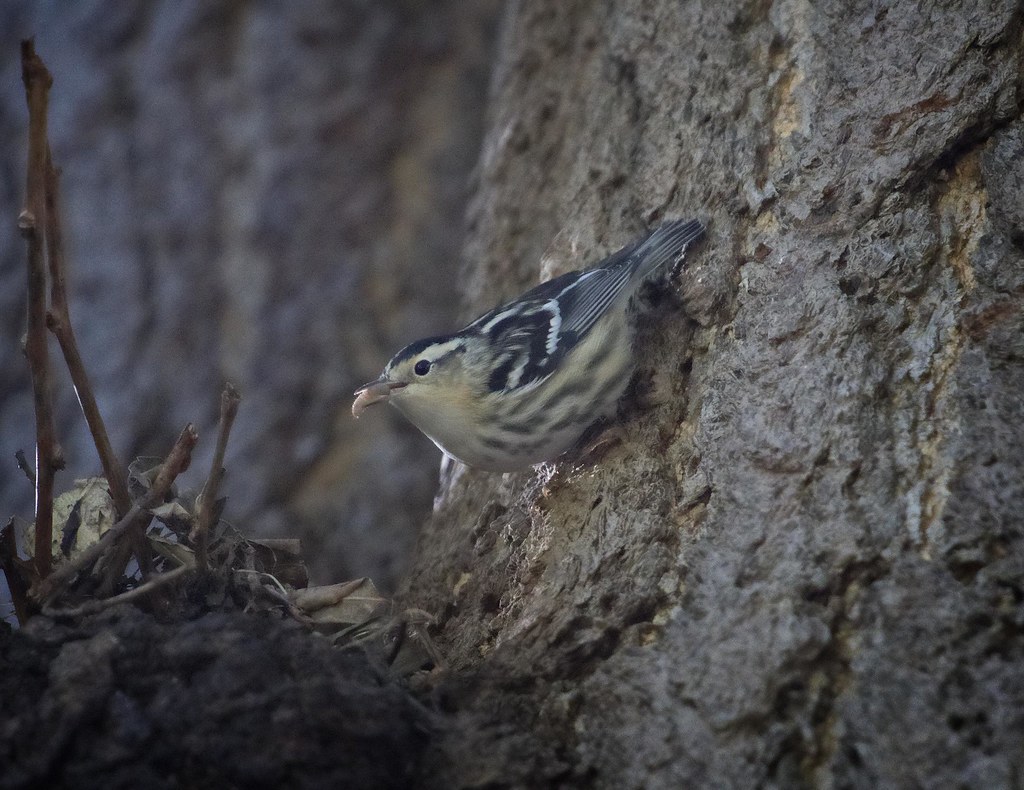 The most exciting bird sighting for me has been a Canada Warbler. 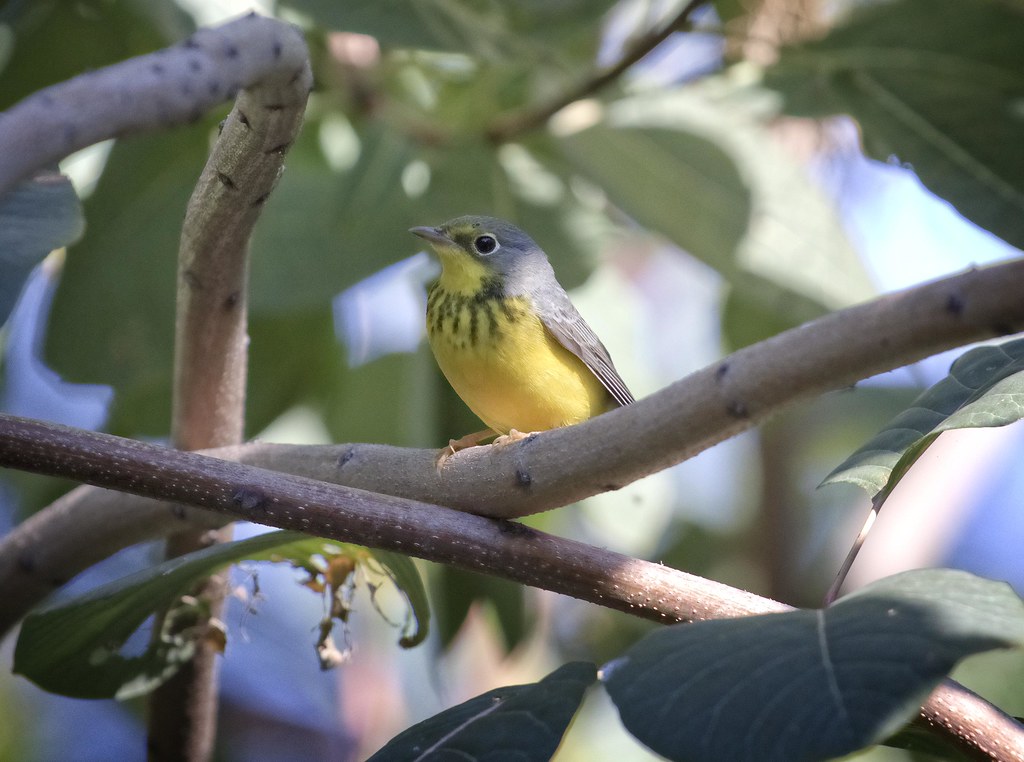 This bird is tiny - about half the size of a sparrow - and zips around so fast, it's easy to miss.  I saw one in the park last year, but was never able to get a clear photo.  This time, I had better luck when the bird paused for half a second on a branch. 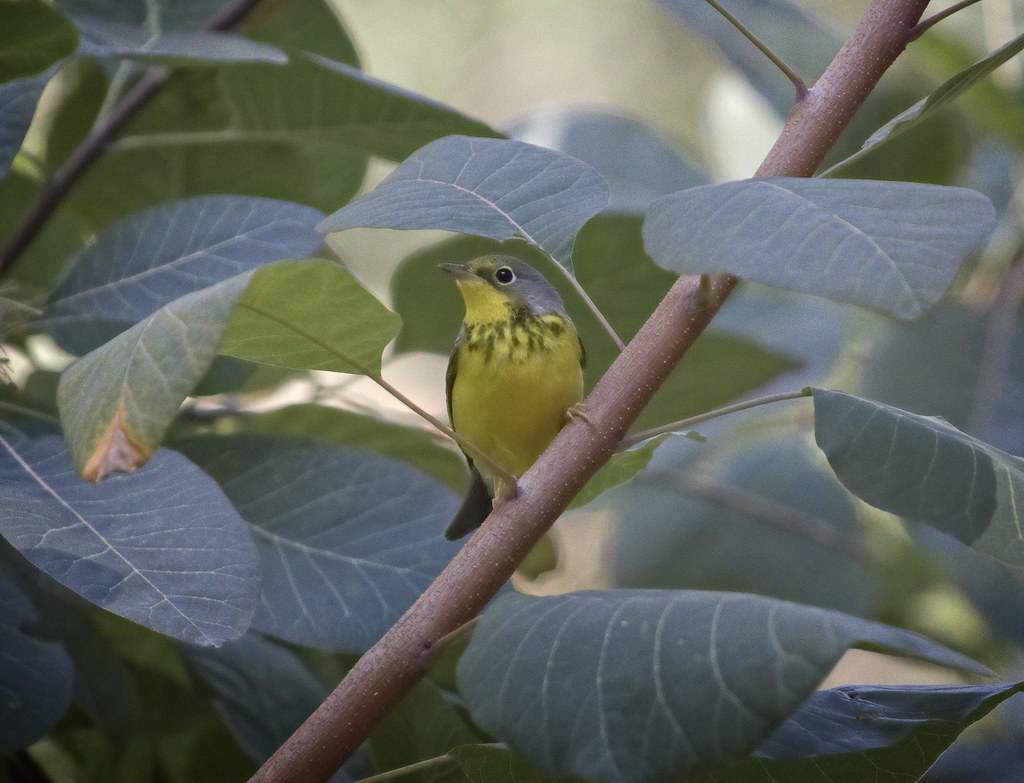 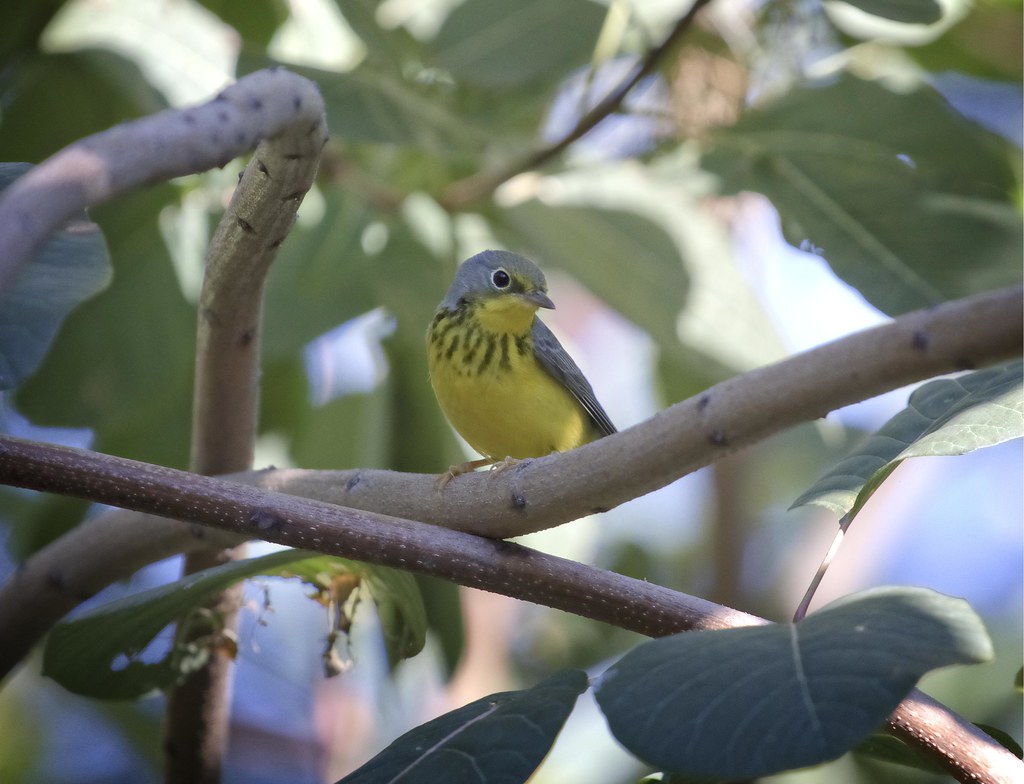 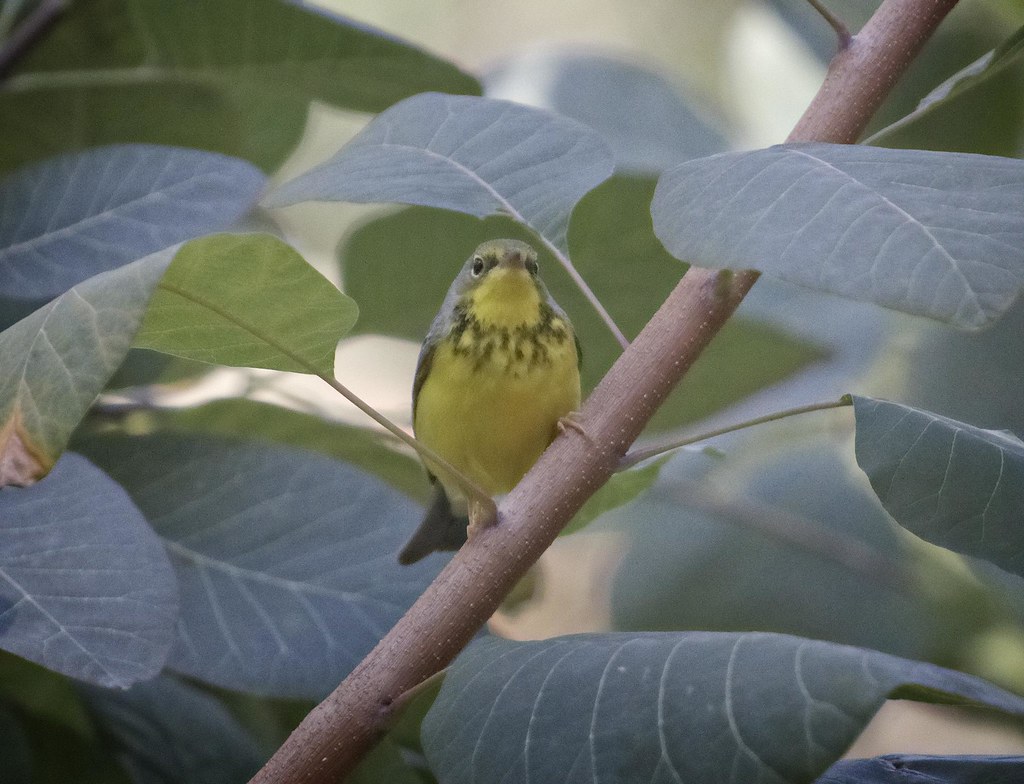 In the photo below, the warbler catches a fly.  After being eaten alive by biting flies in the park all summer, this pleased me. 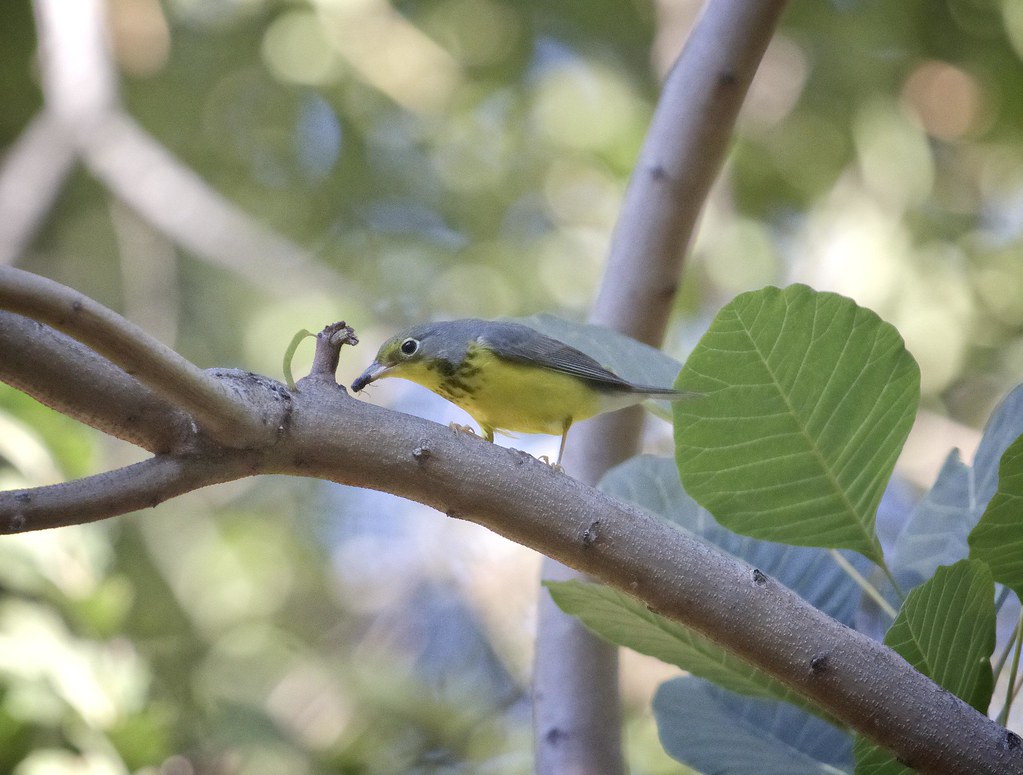 This Swainson's Thrush popped in to snack on an American beautyberry. 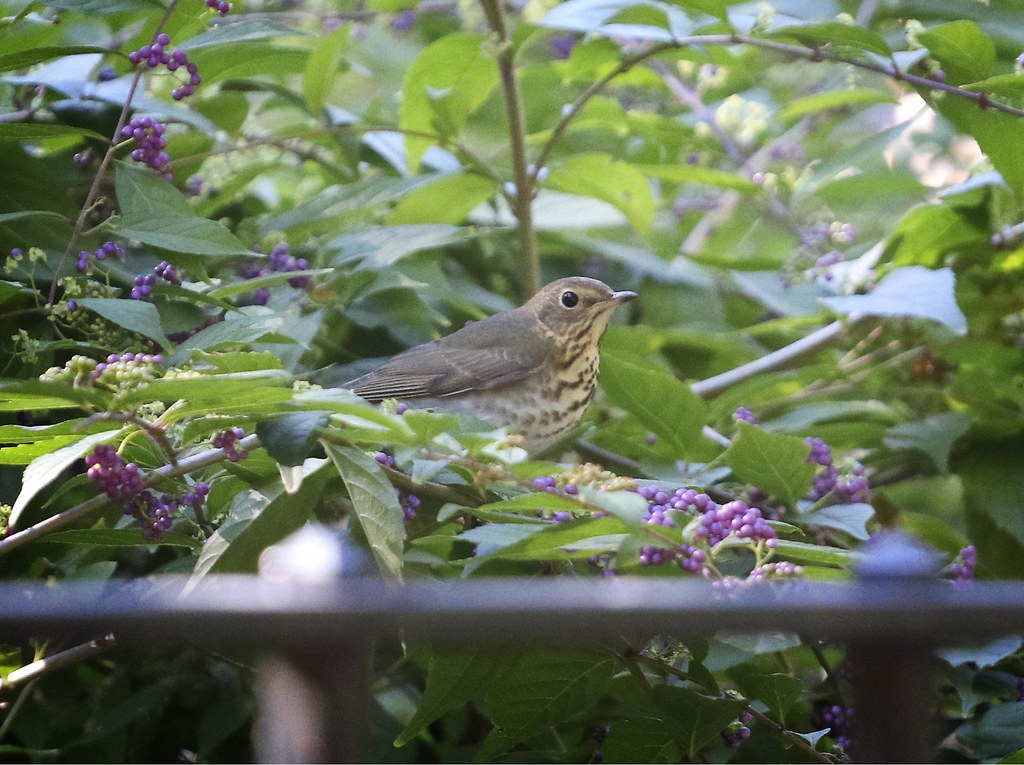 Another special visitor has been this Rose-breasted grosbeak.  It remained mostly hidden high in a Pin Oak tree, so I was only able to get this shot of its head. 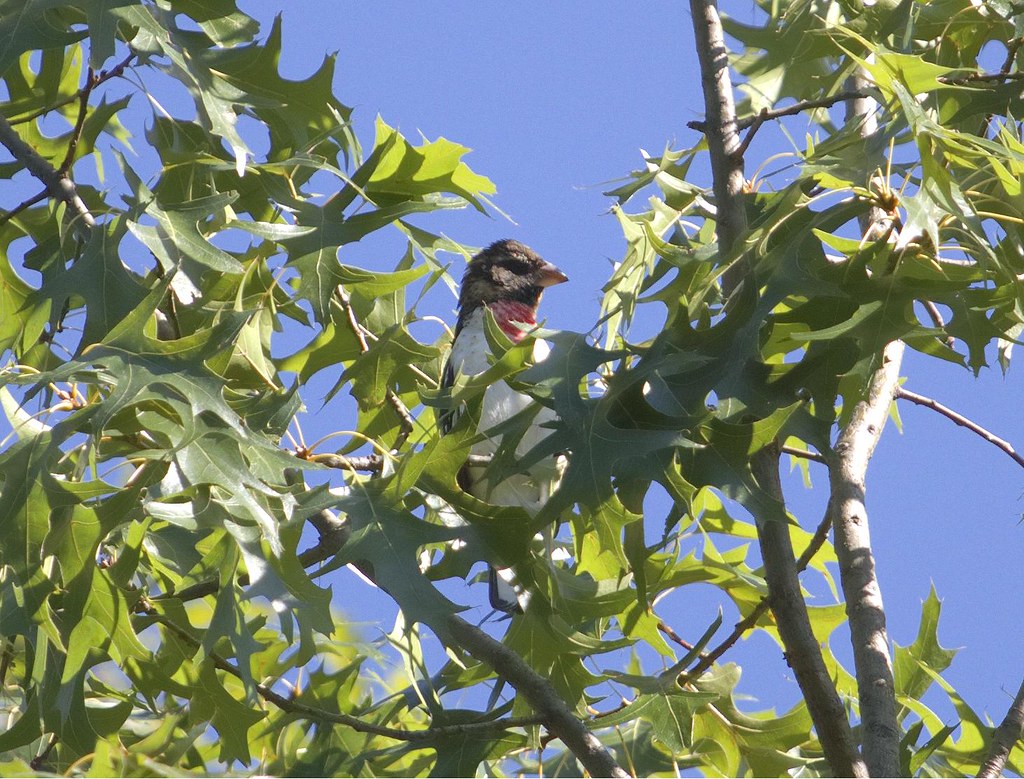 I've been interested in the fact that all of the above birds were spotted in one small area of the park. The Siberian Elm, in particular, has been a very popular tree for warblers this year. In the past, there have been other individual trees that seem to attract a lot of bird attention. Audubon has an online tool that lets you search for native plants that attract birds. I plugged in zip code 10009 (for Tompkins Square Park) and here are the results. You can filter results by desired types of bird or plant, which is really useful for planting gardens or even window boxes.

For the next couple of weeks, if you find yourself passing through the park, take a minute to look up into the trees and you might see some of these colorful beauties.
Posted by Laura Goggin Photography at 9:23 PM