Quiet in the neighborhood with Christo and Dora

It's been a while since we've had an update on Christo and Dora.  There's not been much happening lately, but both hawks are hanging out in the neighborhood and in Tompkins Square.

Last Friday evening, I found Dora on one of her favorite perches at Most Holy Redeemer church on E 3rd Street. 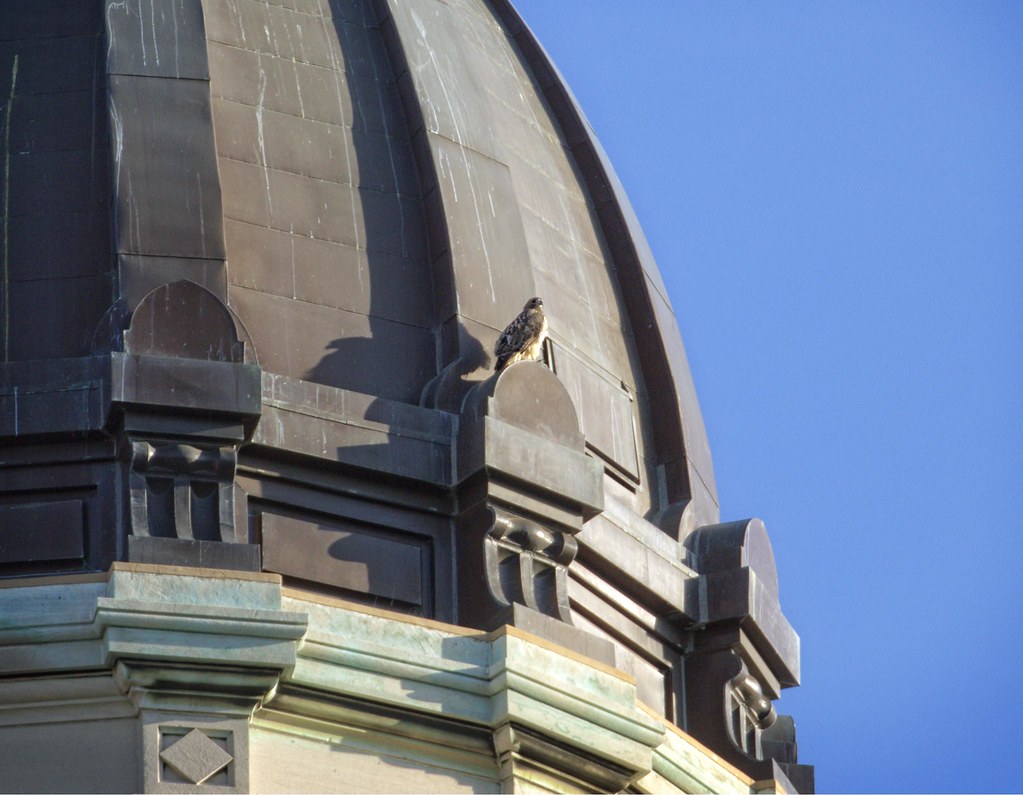 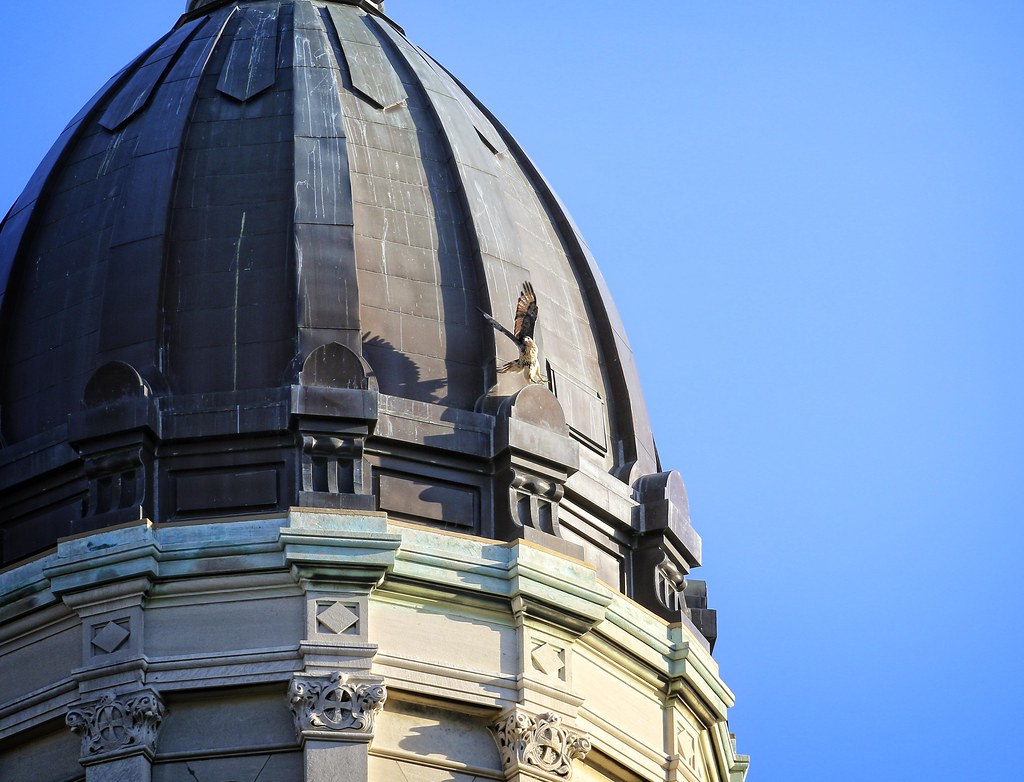 As I watched, she took off and headed north on Avenue A where she stirred up some pigeons at 6th Street, then disappeared over the buildings. 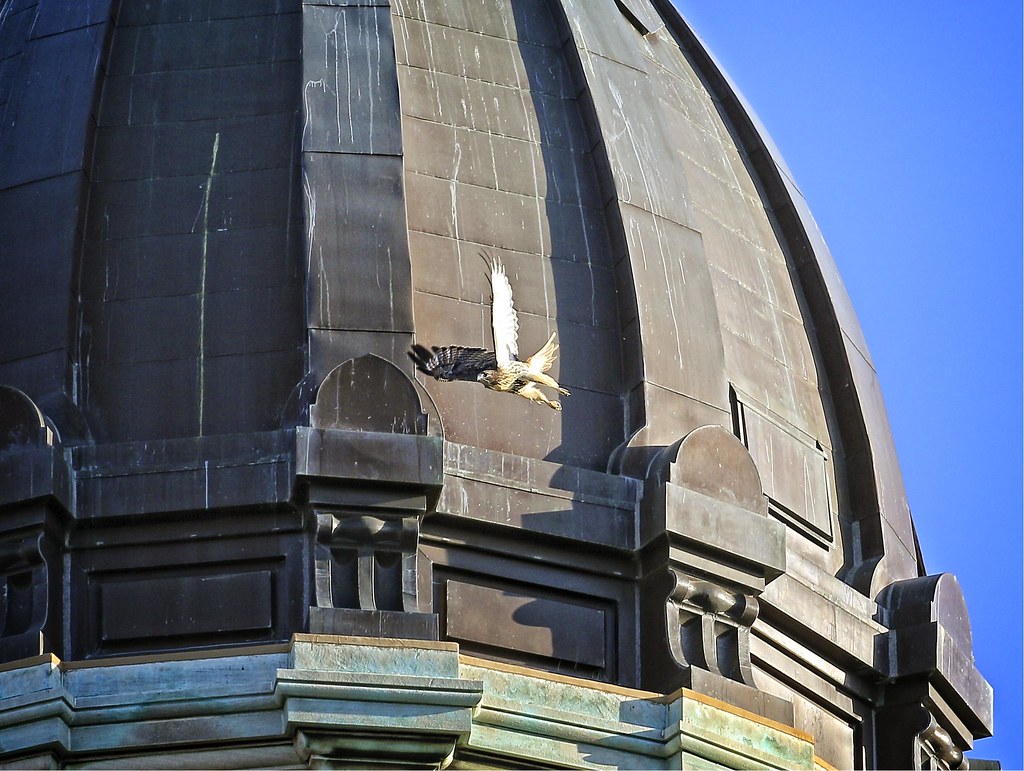 About an hour later, Christo made an appearance atop his flagpole in the park. 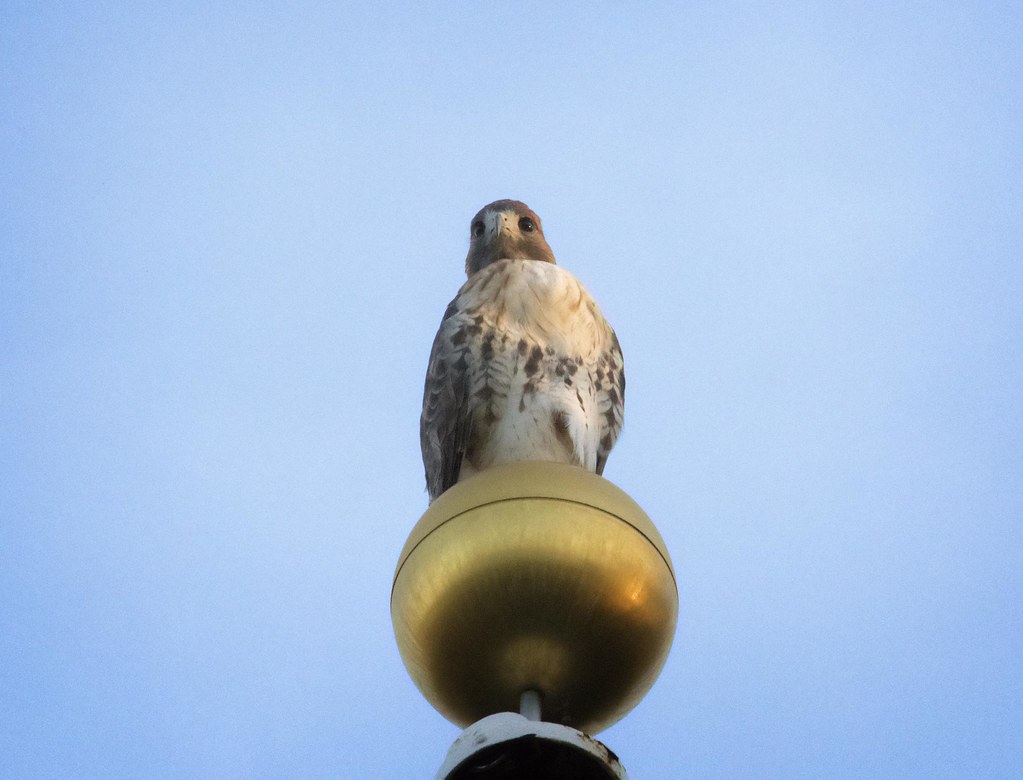 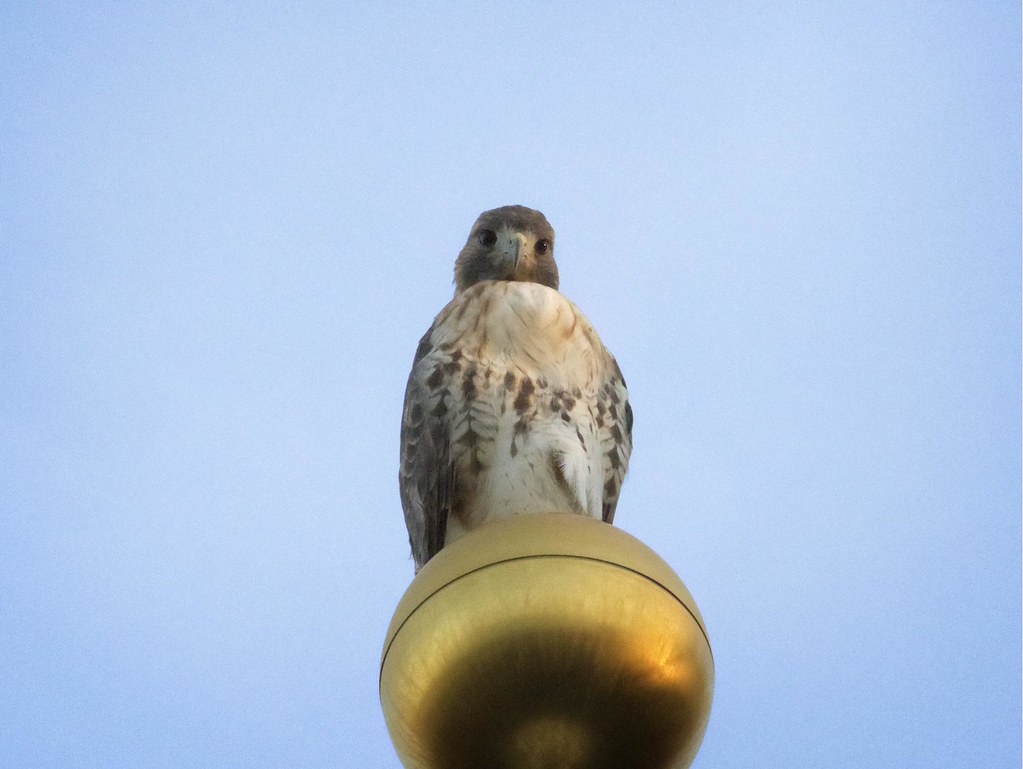 He cried out several times and I could hear a faint answer in the distance.  When I looked up, I could just barely see Dora soaring up in the stratosphere.  I wish I knew what they were saying to each other.
Posted by Laura Goggin Photography at 8:44 PM