Red-tails in the snow

Saturday brought us a lovely snowfall, so I ventured out to Tompkins Square Park to see Mulchfest, and was greeted by red-tailed Dora as I entered the park. 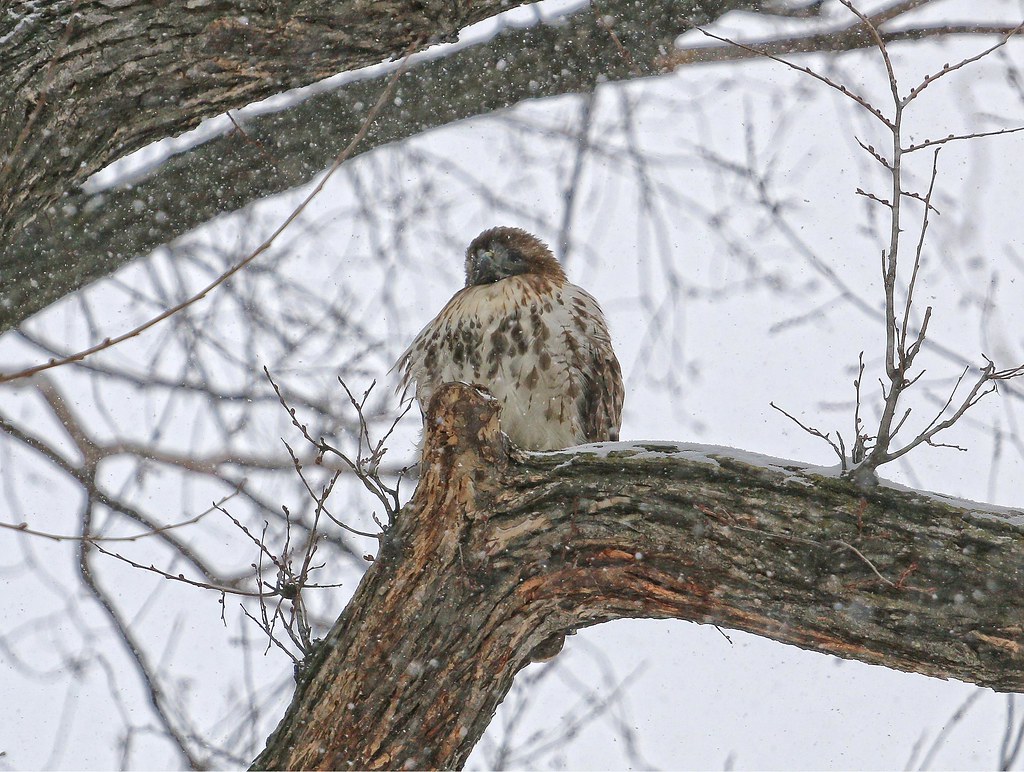 I was surprised to see her sitting so quietly near the chess tables.  She didn't mind the snow at all, as you can see in this video.

Later, I found Christo chilling on a low branch. 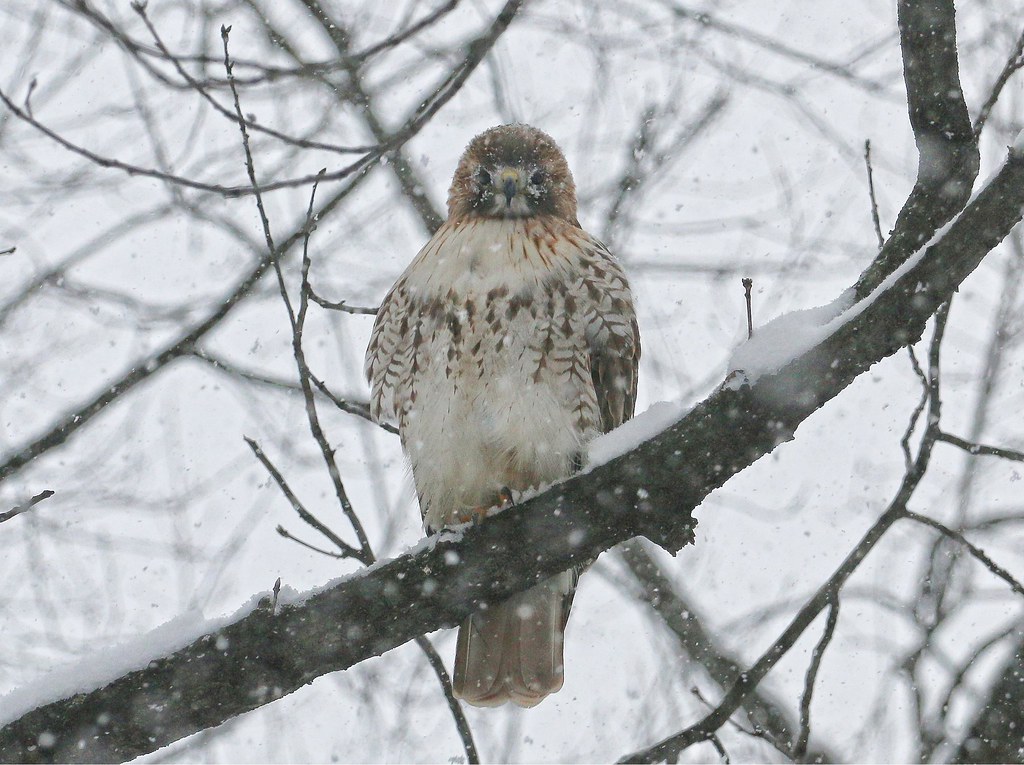 I found it really calming to watch him.

Just as I was being lulled into relaxation watching Christo and falling snowflakes, he suddenly sprang into action and pounced on a small rat. I wasn't prepared and missed the shot, but he caught it right in the open doorway of the boys' restroom.  Here he is with the rat two seconds later. 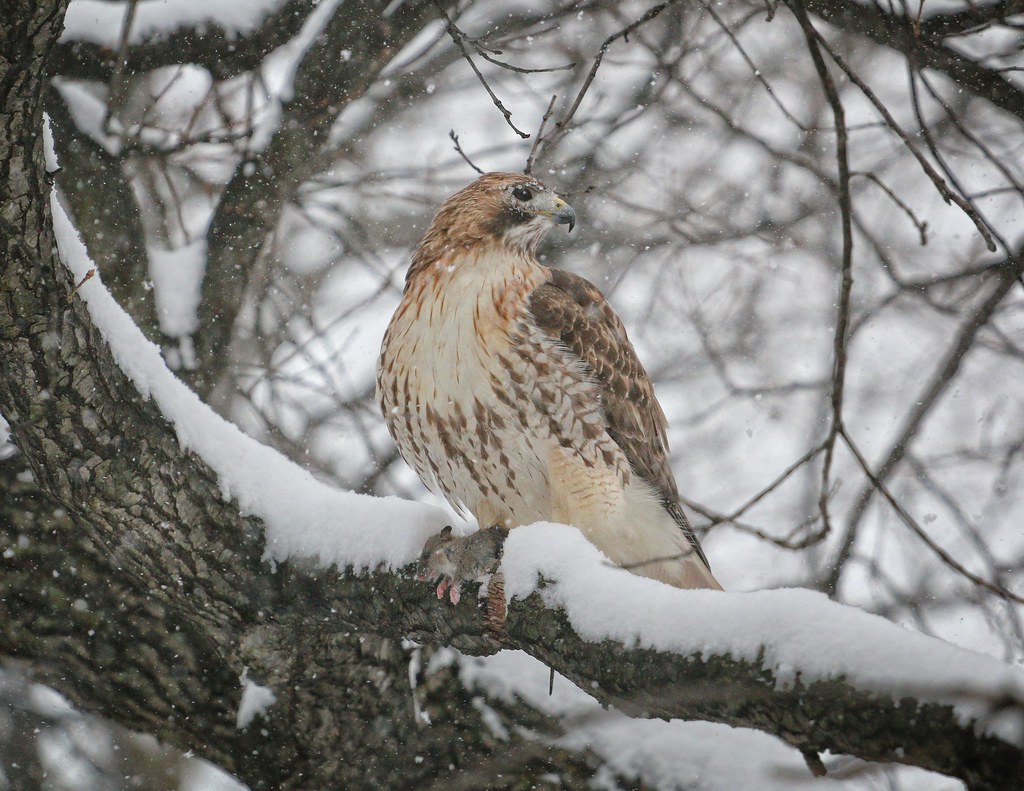 And it took him less than two minutes to eat it.

Afterwards, he went to clean his beak on a branch and ended up with a face full of snow.  Poor guy! 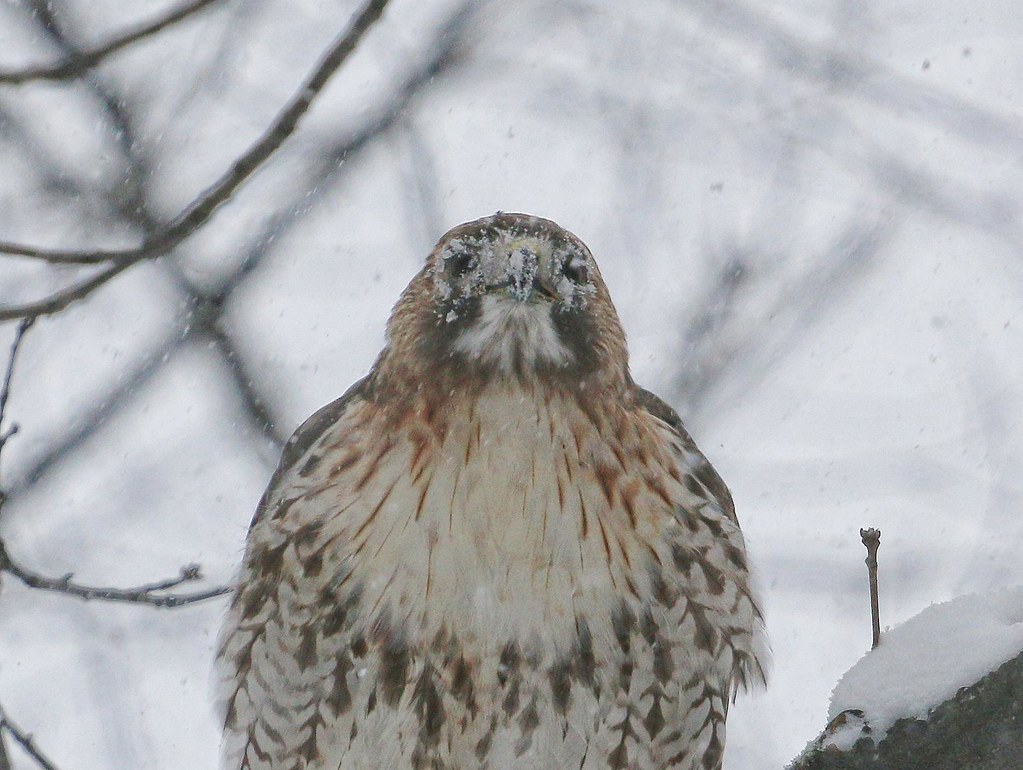 With no way to clean the snow off his face, Christo just sat there looking through his snow goggles.

On that same afternoon, I went for a walk around the neighborhood and just happened upon two juvenile red-tails sharing a meal.  I've never seen this before.  They were in a tree, on top of a squirrel nest.  It appeared that one ate first and then the second one took over.  As I was kind of far away and the snow was blowing, I couldn't see what they were eating. 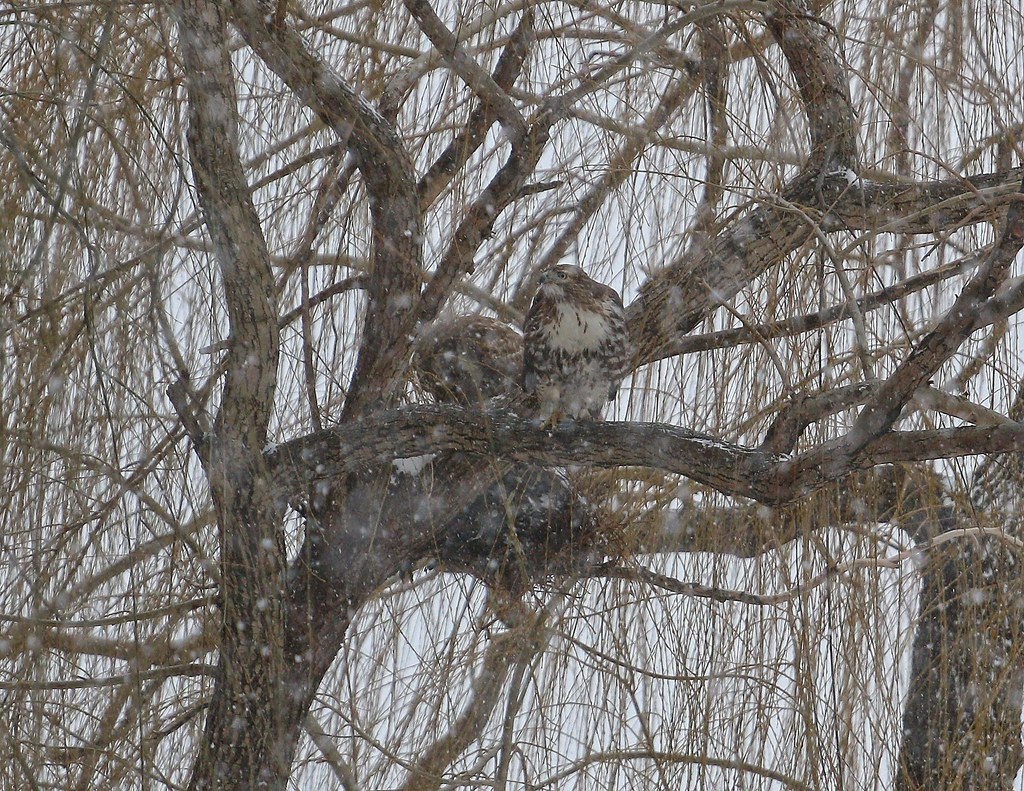 These two could be siblings or migration companions.  They seemed pretty at ease with each other and I've since seen them flying around together. 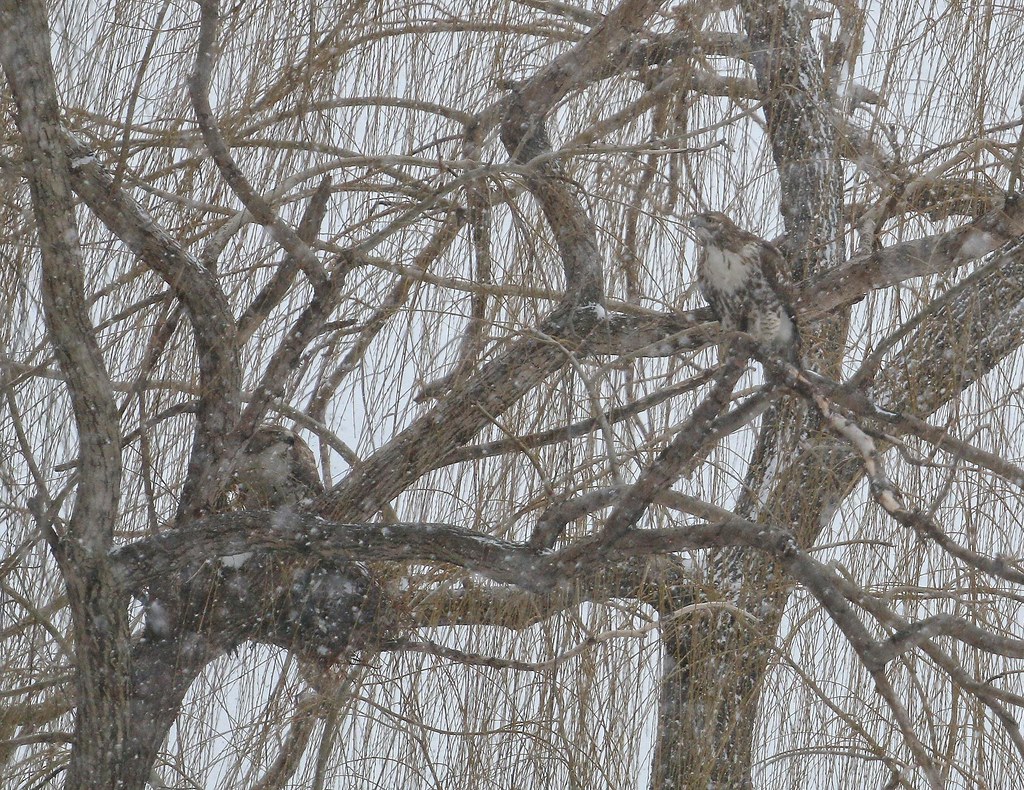 Note the dark-tipped and raggedy tail on this one.  It also has heavily speckled legs.  The other hawk has a wide white chest and faint brown markings on its legs. 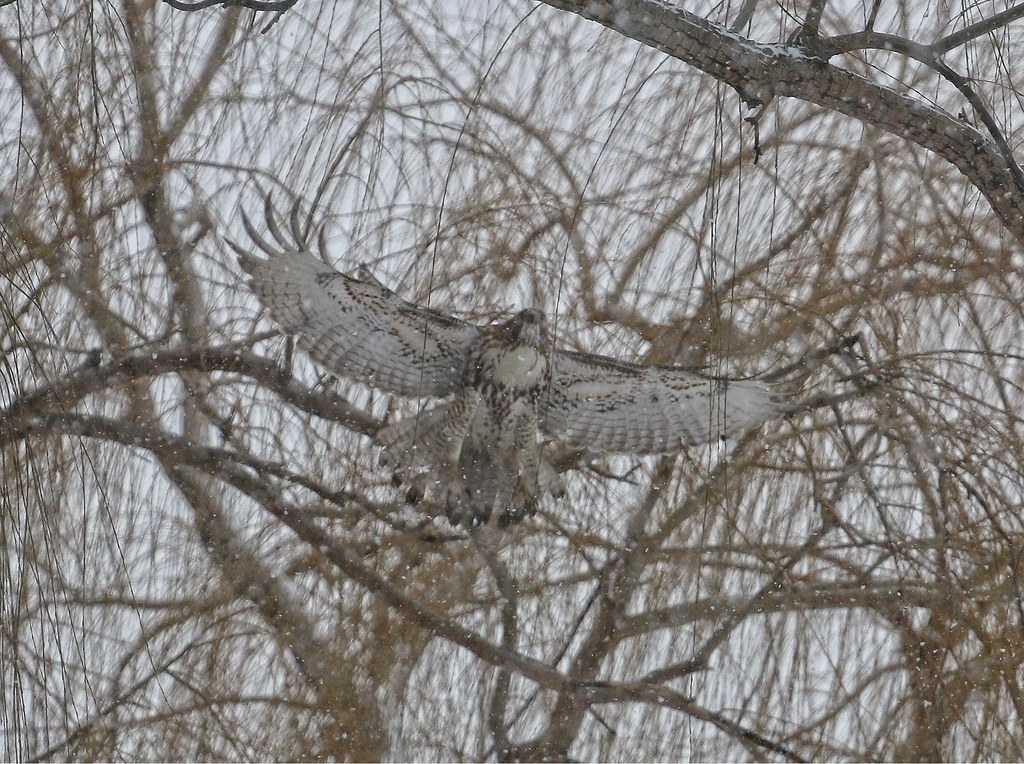 All in all, it turned out to be an unexpectedly successful hawk-watching afternoon.