In this last installment of Hawk-o-Rama Weekend, meet another juvenile red-tailed hawk on the Lower East Side: 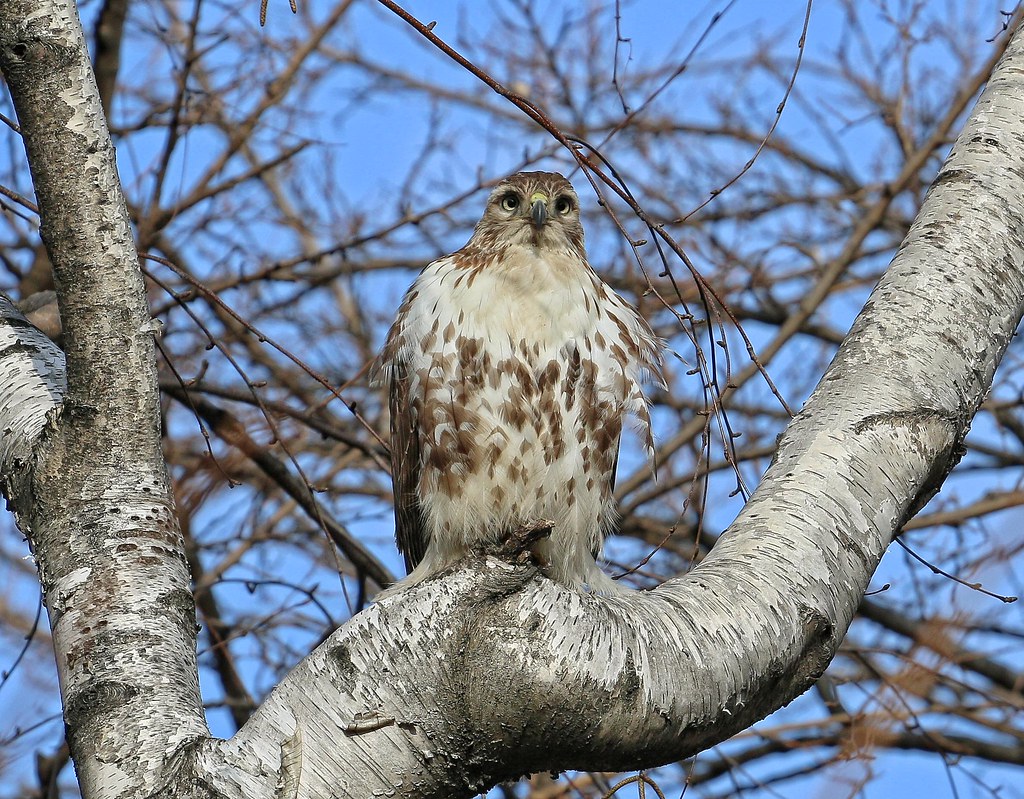 From a distance, I thought it was White Chest, but this hawk has a lot more brown markings.  Inspection of the tail (see below), confirmed it is not Speckles. 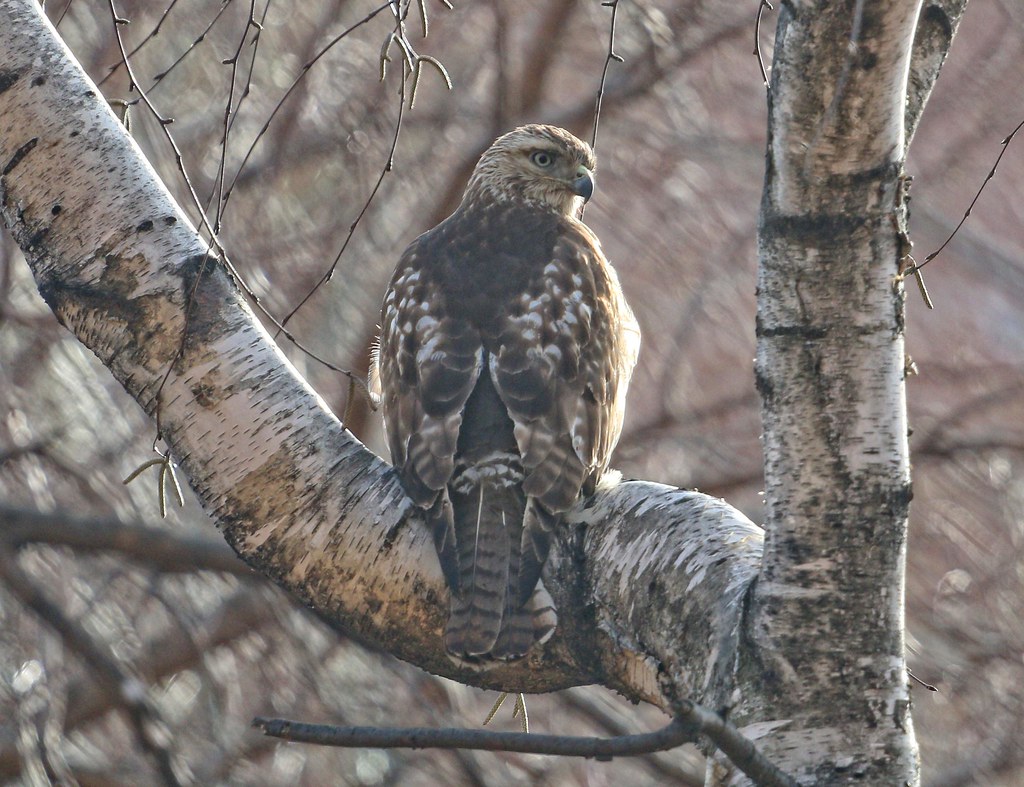 Could this be the third juvenile I previously saw flying around with the other two hawks?  It's possible, but I'm not certain. 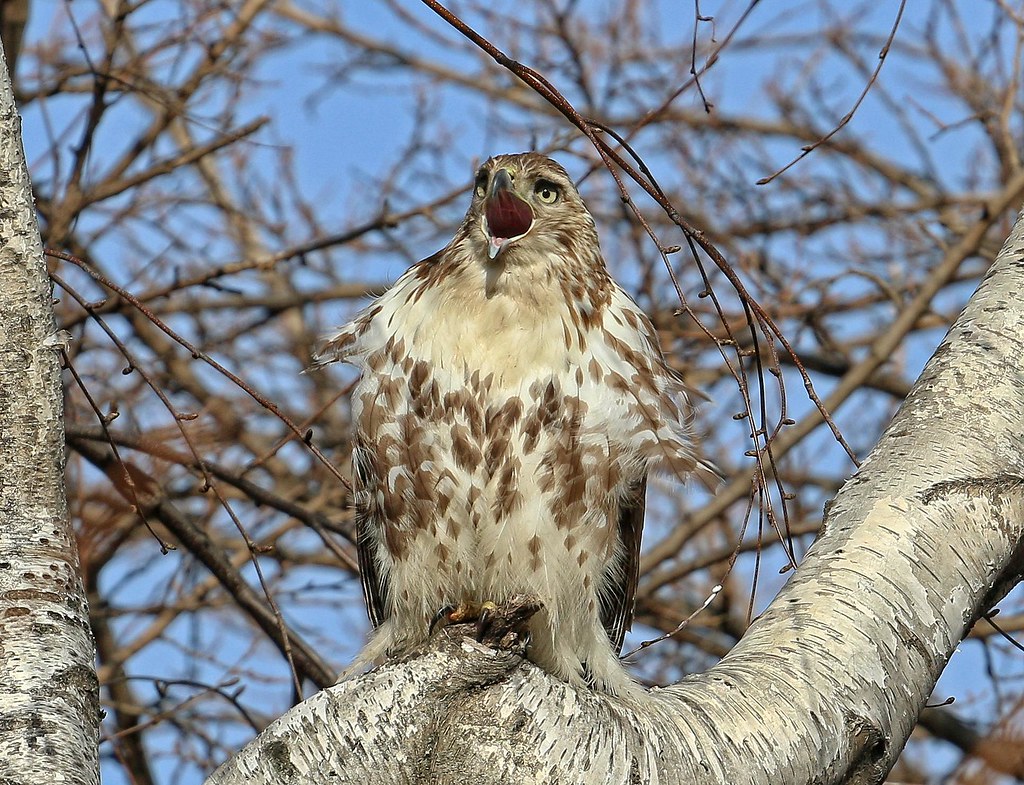 This hawk leisurely rested in the sun for a couple of hours before flying off towards the East River. 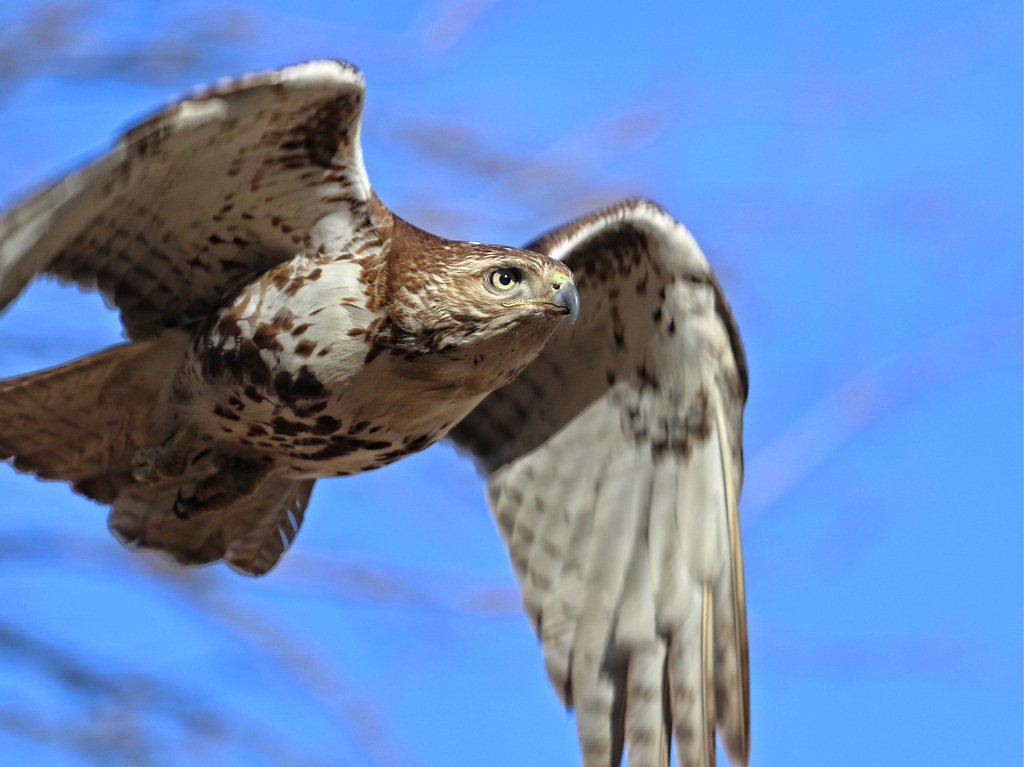 Back in Tompkins Square Park, Christo and Dora were working on their nest.  Below, Christo poses next to it. 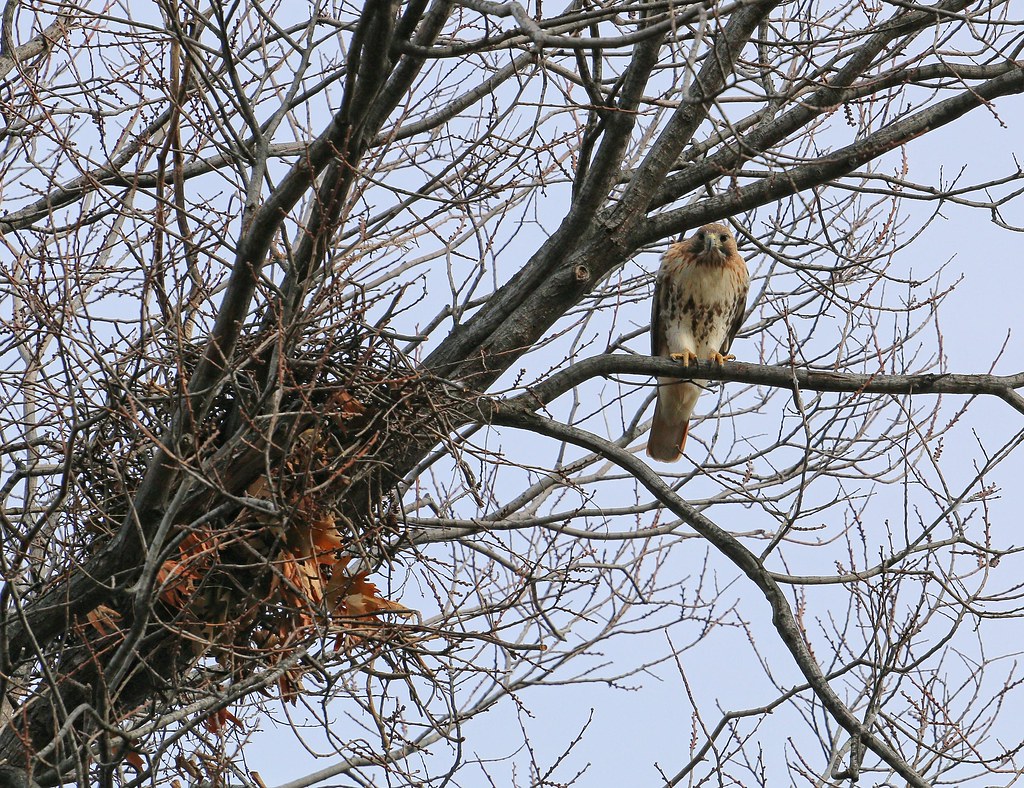 I watched him fly all the way across the park to get this one particular stick, then fly it all the way back. 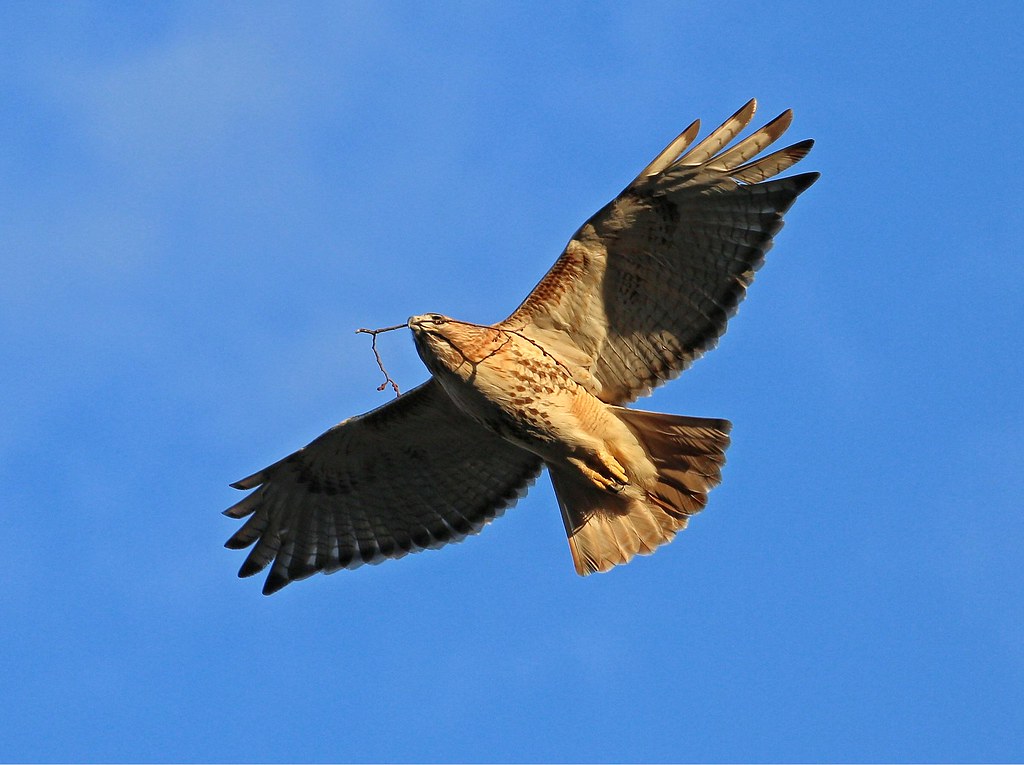 It seemed like an awfully long way to go to fetch a little twig. 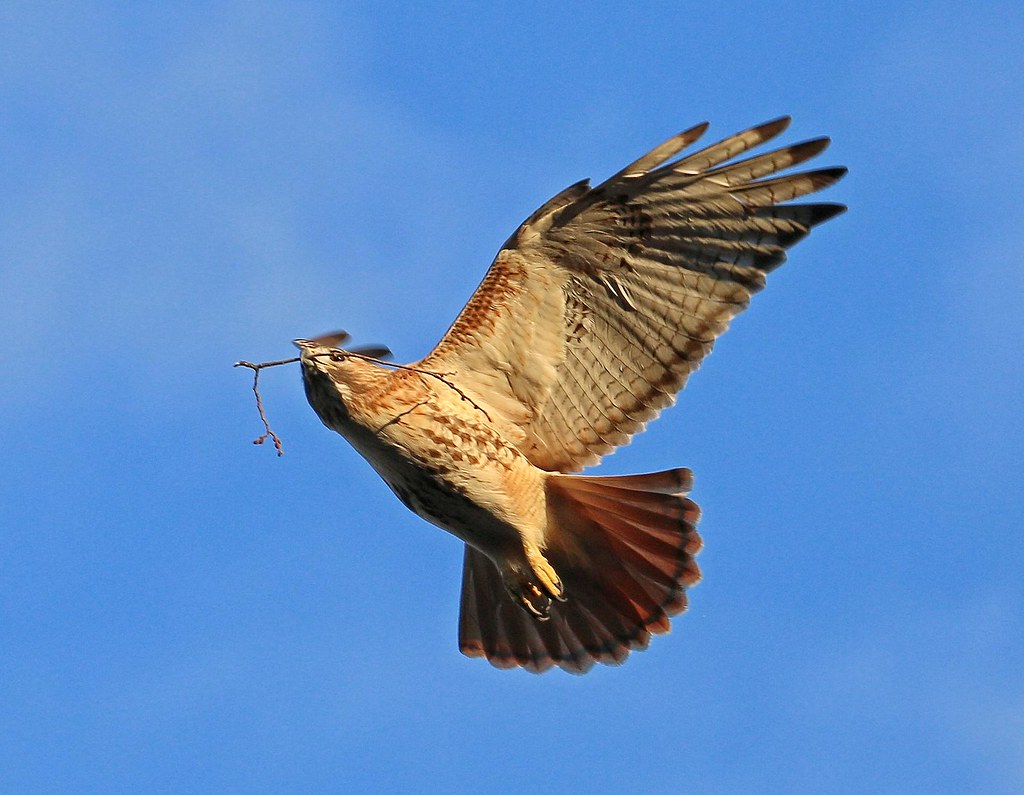 While Christo did chores, Dora quietly kept an eye on things from the SE corner of the park. 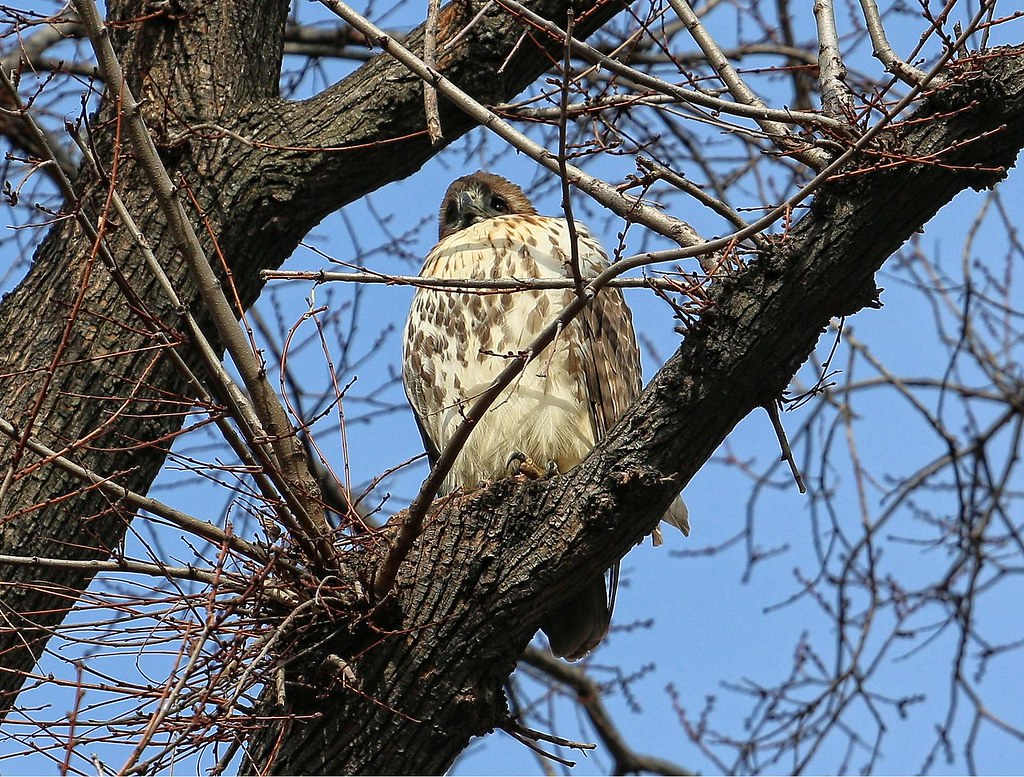 I don't often see her in odd positions like the one below - she's usually a no-nonsense gal. 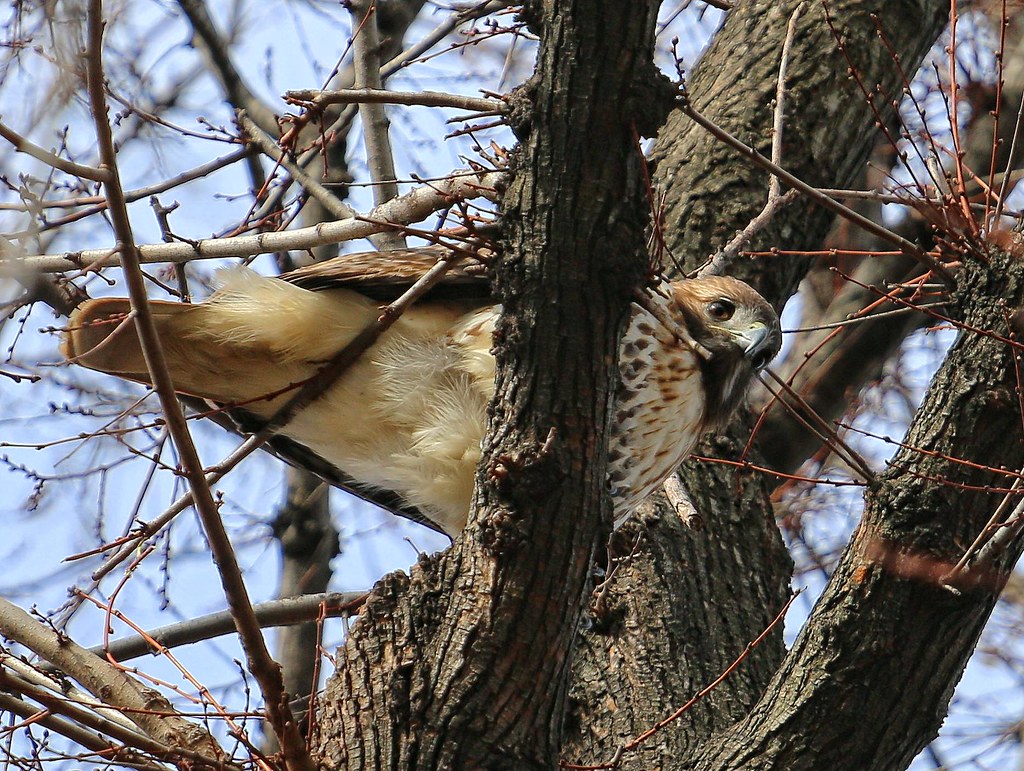 Note Dora's rich brown eye color compared to the bright yellow eyes of the juvenile hawk up above.  It's one easy way to tell the difference between the juveniles and adults.

It's been a good winter for seeing migrating hawks in the city, so I hope to see more before spring arrives and nesting season begins.
Posted by Laura Goggin Photography at 8:52 PM