What does a dashing young red-tailed hawk give his girlfriend for Valentine's Day? 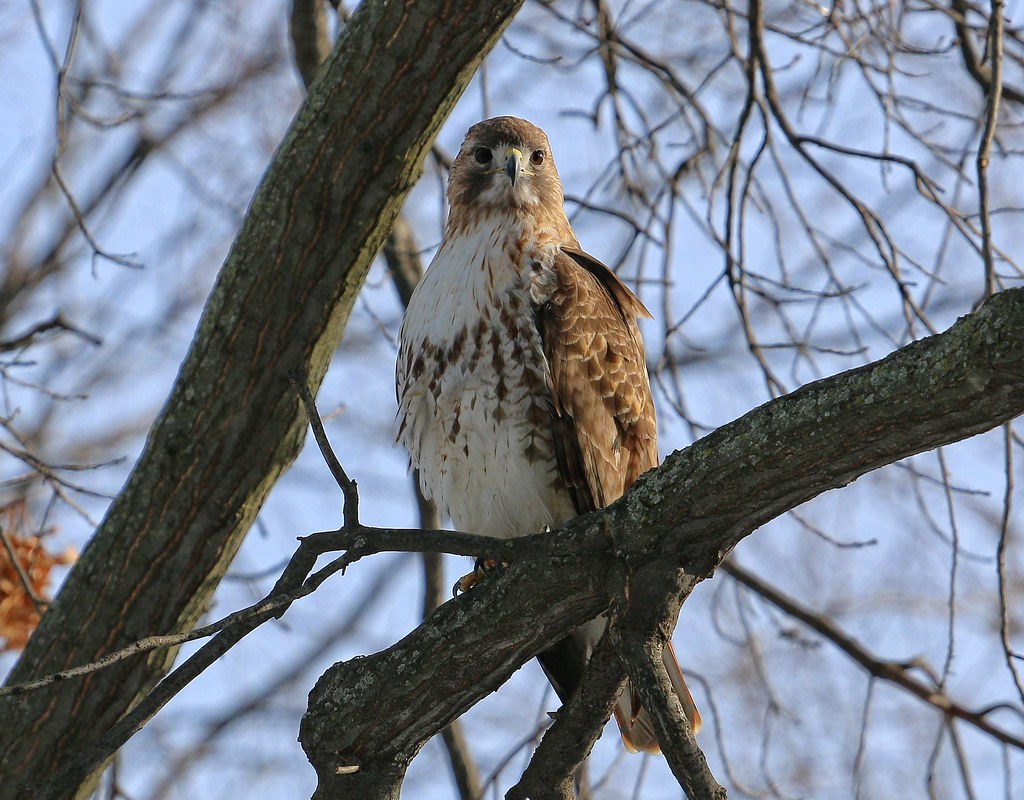 A fresh rat, of course! 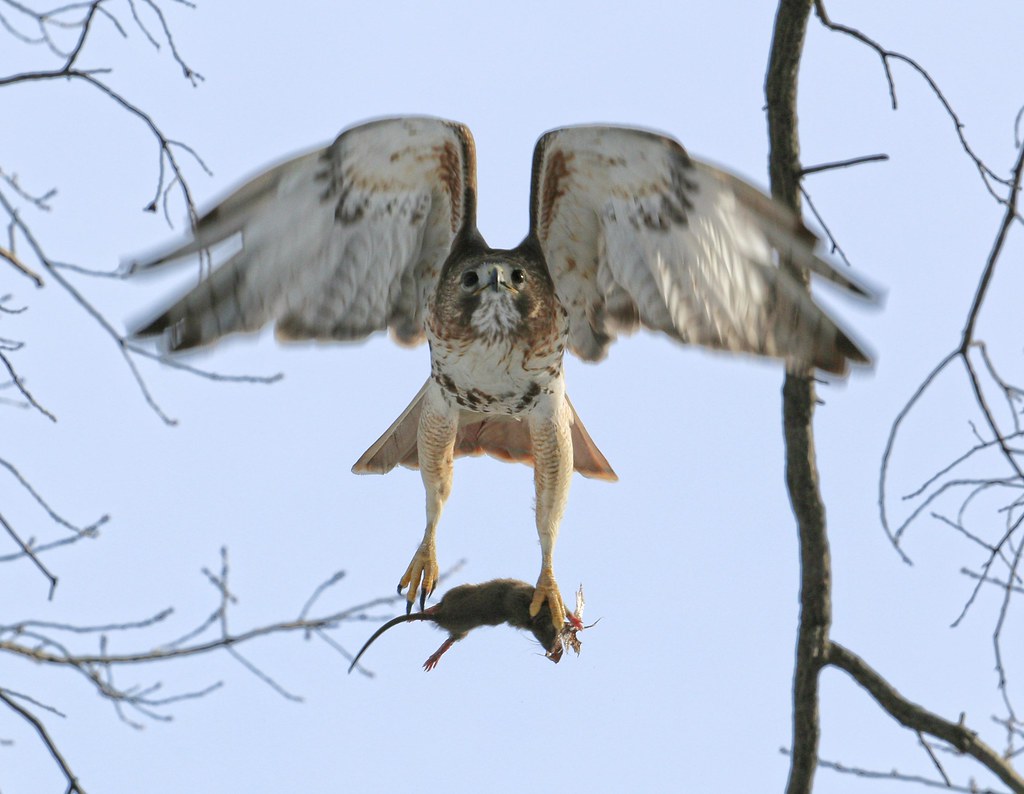 Over the weekend, I saw Christo and Dora gearing up for mating season by doing a little gift-giving.  The two of them briefly met up in a tree, then Christo quickly caught a rat just a few feet away.  He flew it to the tall elm south of the Krishna Tree and called to Dora to come get it. 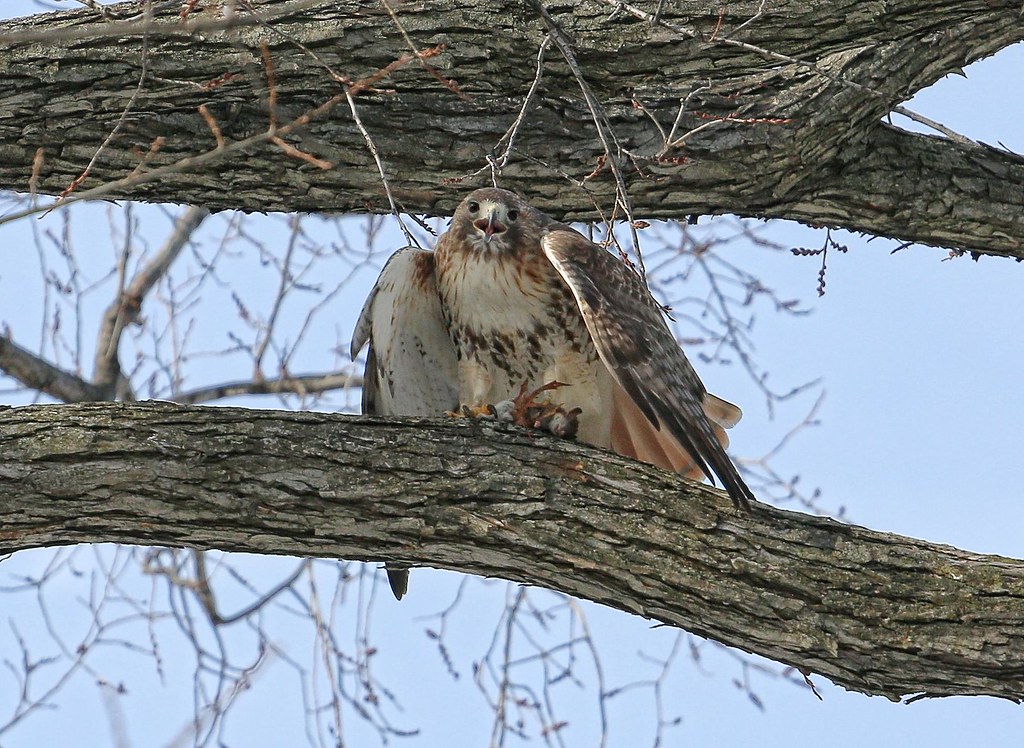 When she landed on a nearby branch, Christo decided to deliver the rat to her. 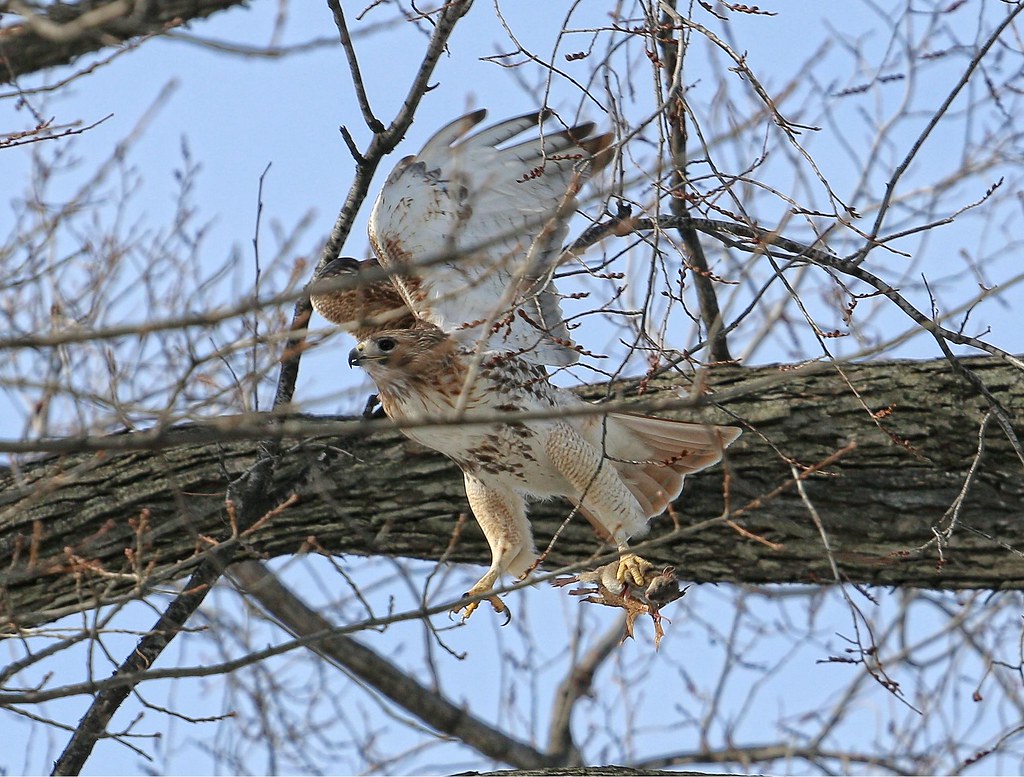 Below, Christo holds the rat in his left talon as Dora approaches from the left. 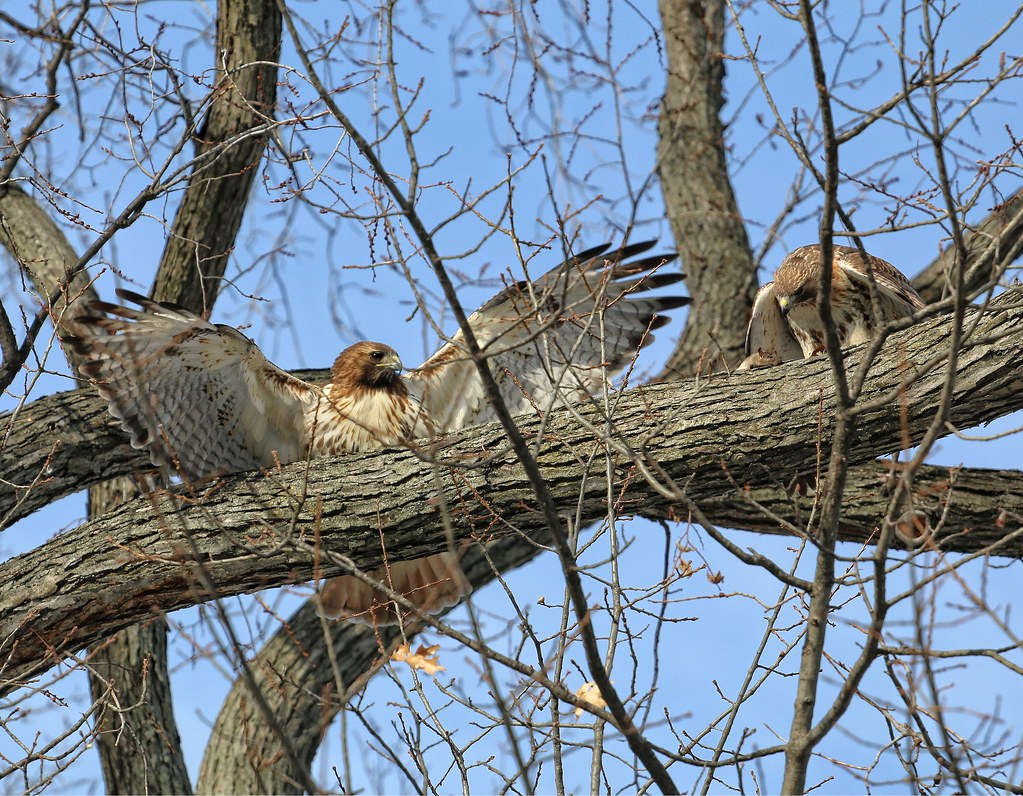 She reaches out and grabs the rat from him. 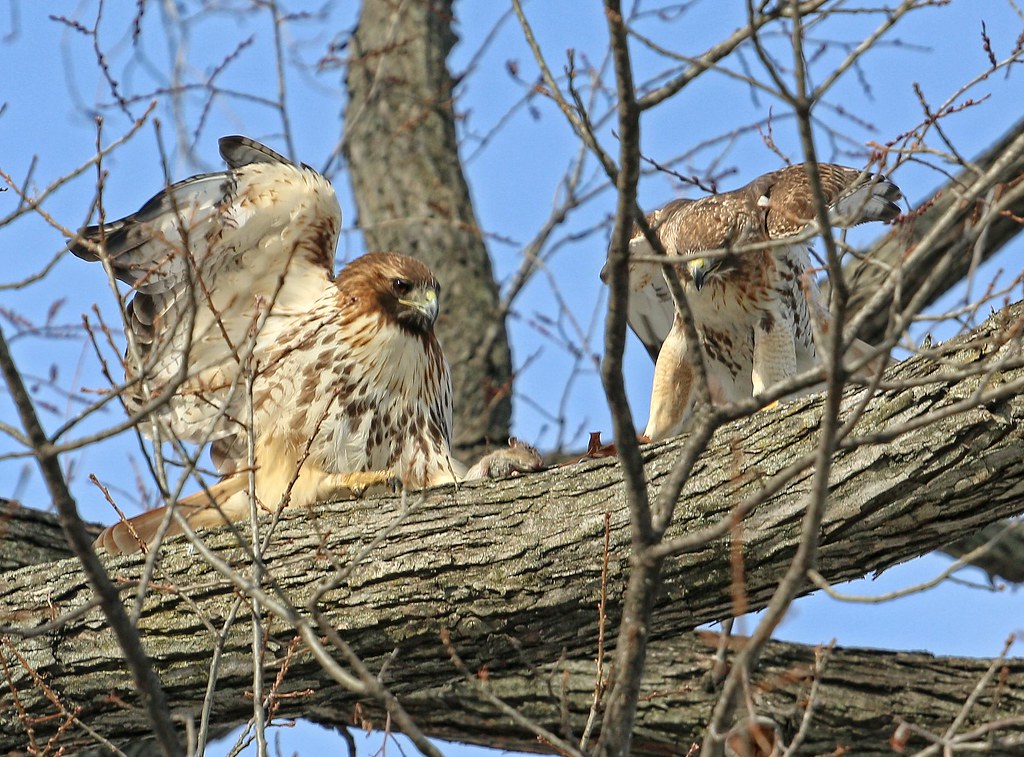 Christo looks on as Dora takes the rat. 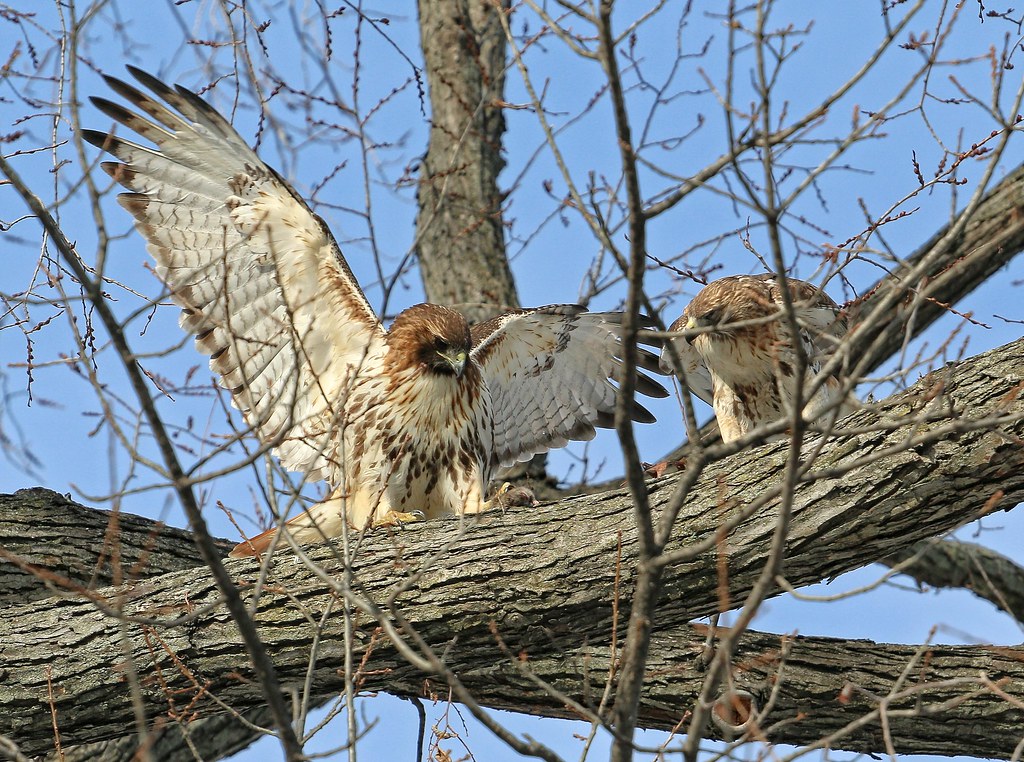 I have to wonder if he ever regrets giving up such a nice meal.  The photo below was taken last year on February 19.  Christo seems to gaze wistfully at the rat he has just given away to Dora. 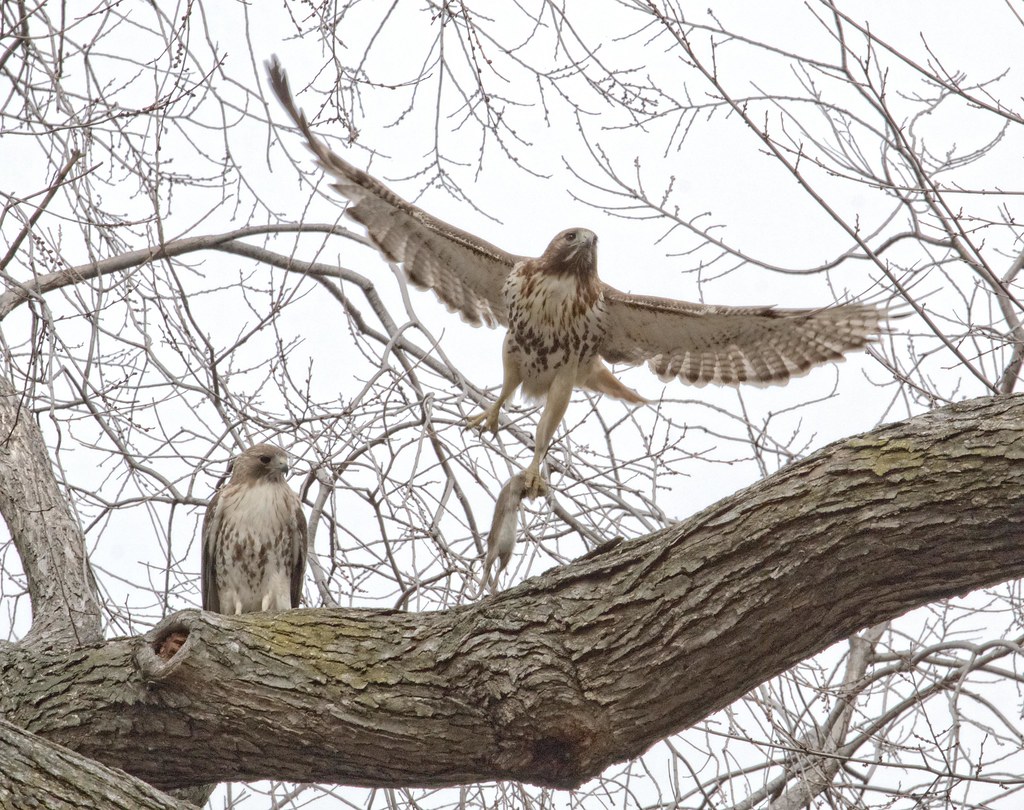 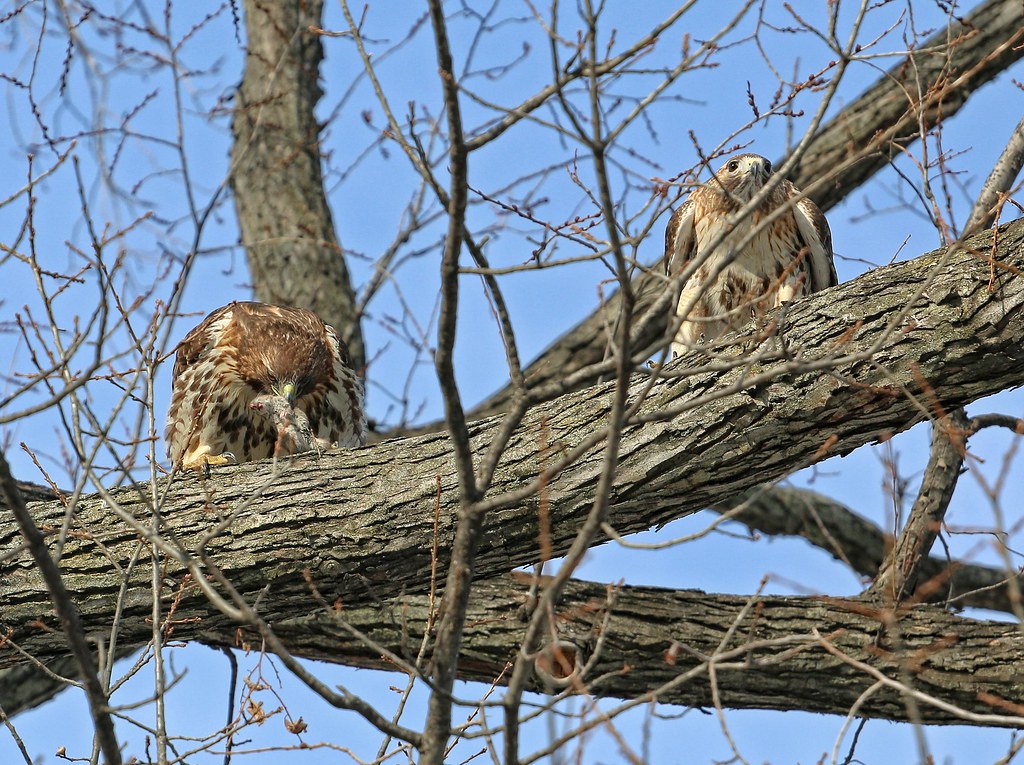 ...then appears to give Christo a thankful glance. 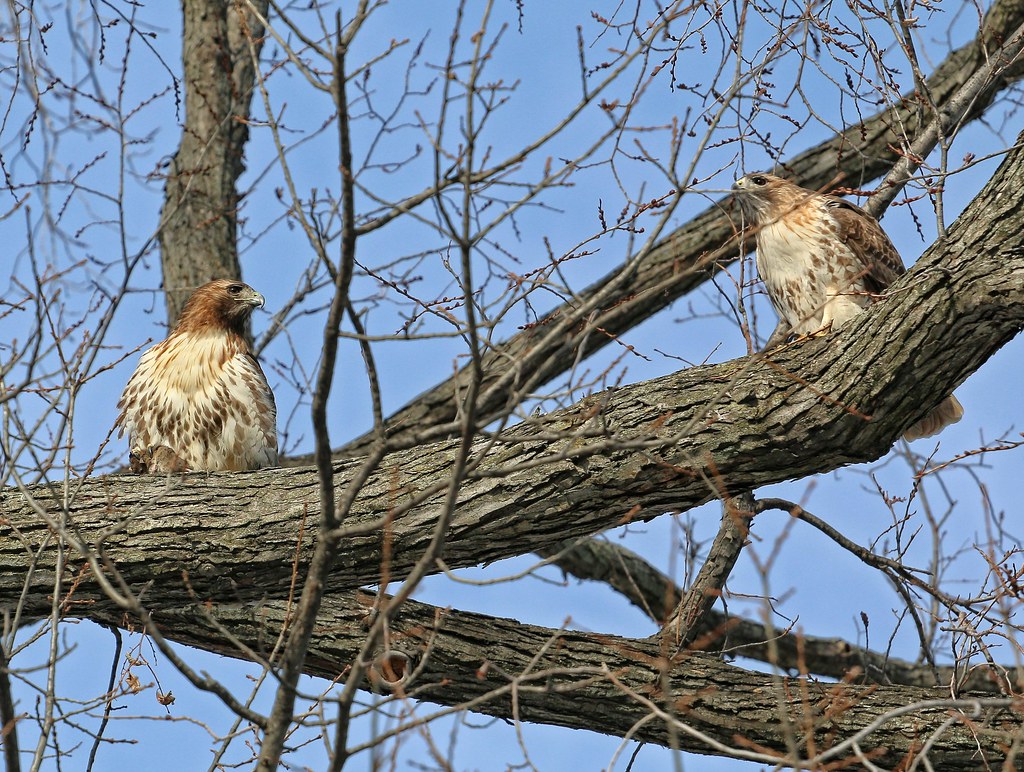 Later, the pair relaxed in their favorite locust tree on the east side of the park.  Christo is at the upper left and Dora is at the lower right. 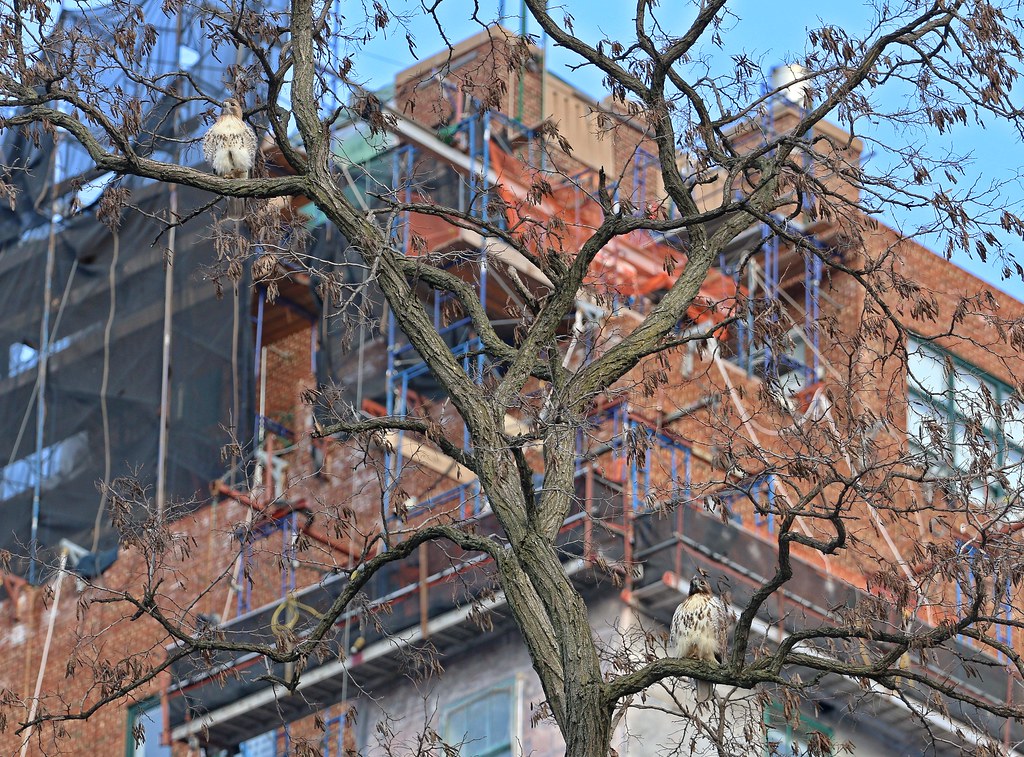 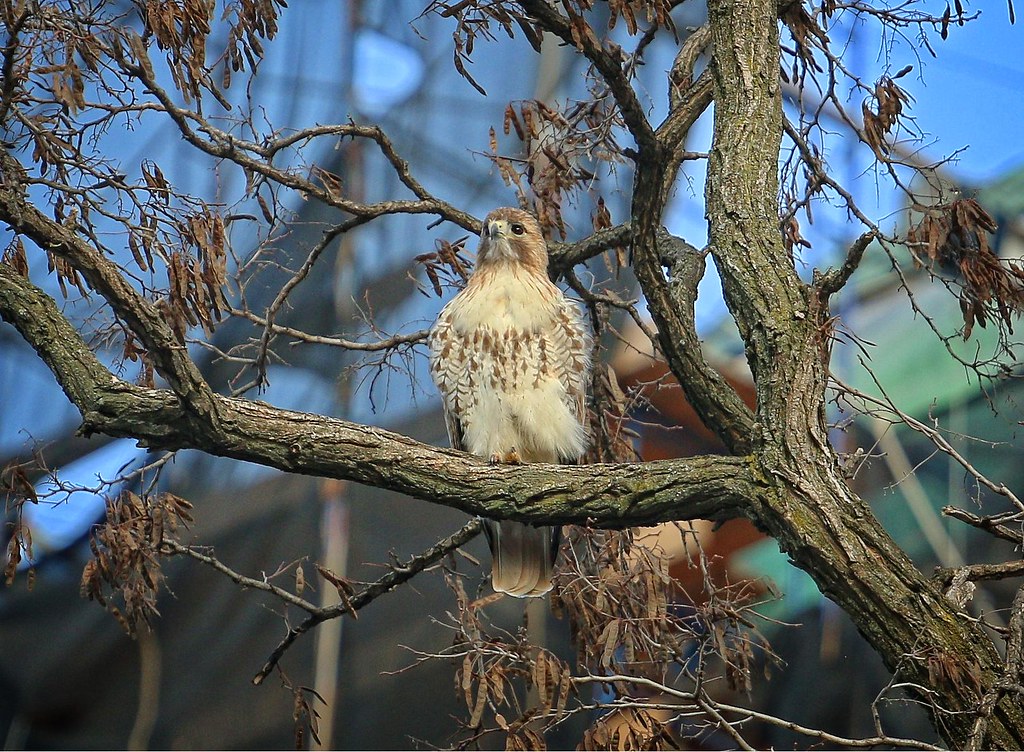 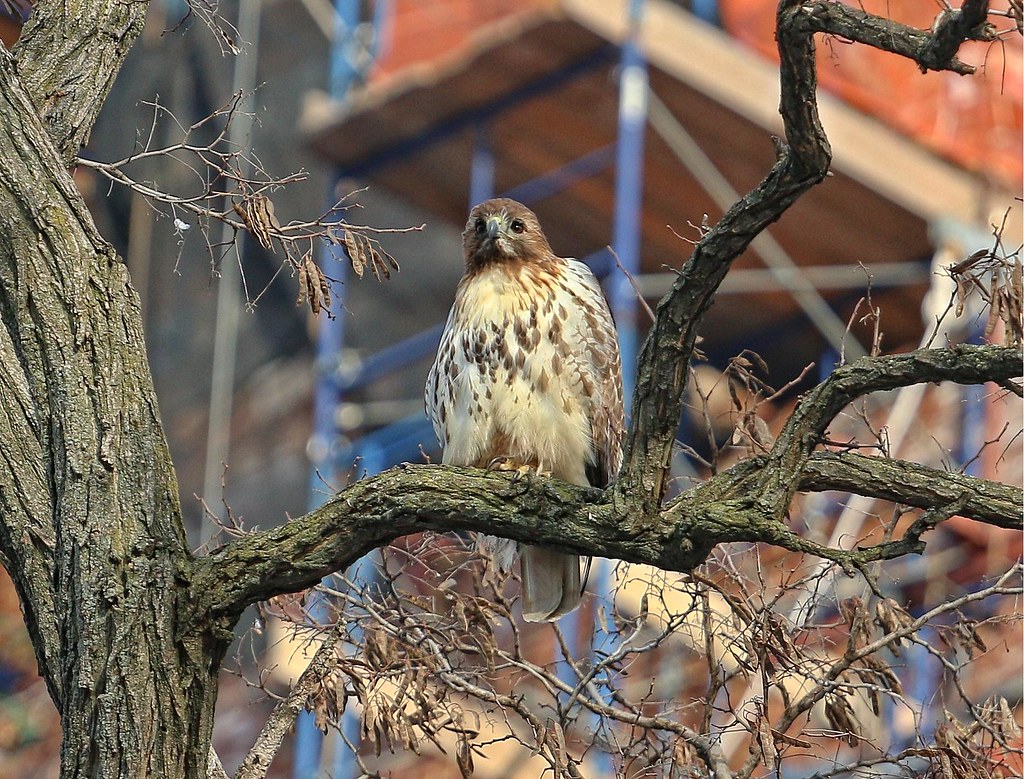 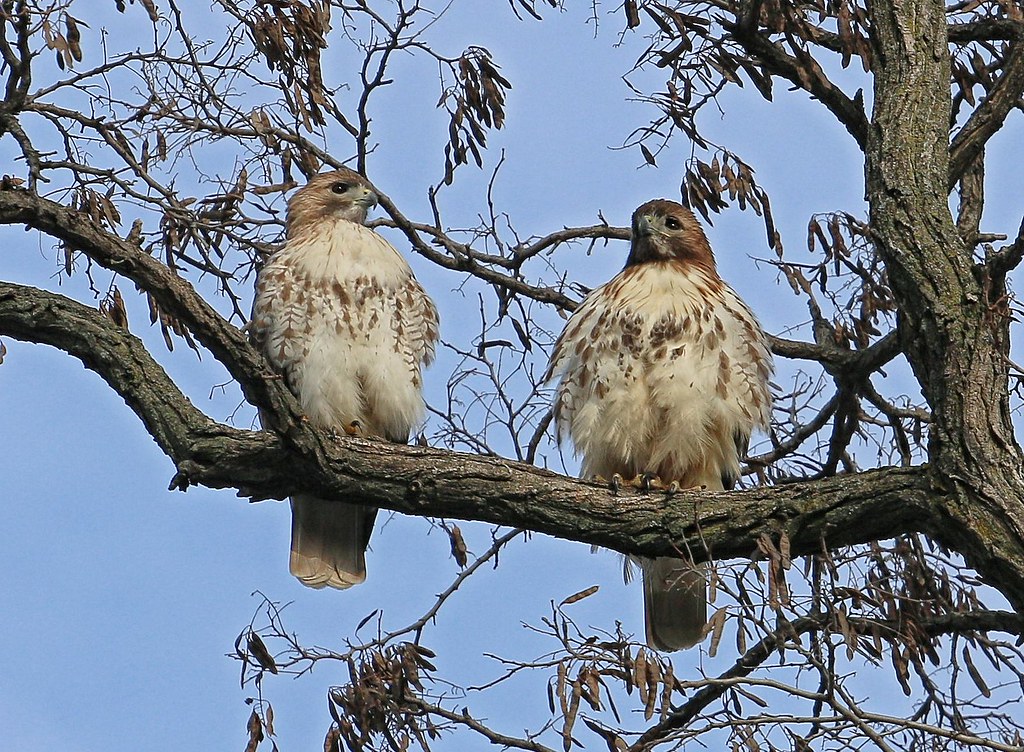 Compare how they look today compared to three years ago (2014), when they spent their first Valentine's Day together on a fire escape at Avenue A & St Mark's Place: 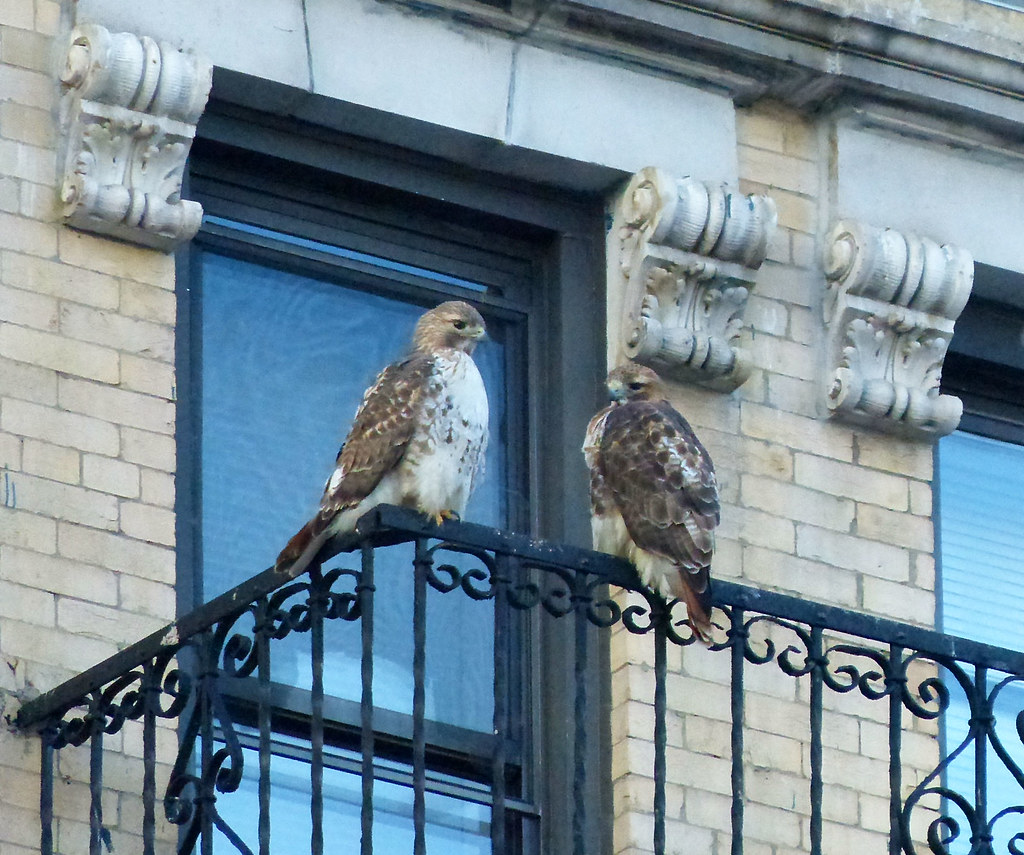 Since then, they've raised nine kids and I wish them well in this upcoming nesting season.


Note: I saw a first mating attempt on Sunday, February 11.  Dora was perched on the cross at St Brigid's church and Christo tried to land on top of her, but she shrugged him off.  He flew across the street to the Newsboy's Home and sulked a while in the sleet and rain.
Posted by Laura Goggin Photography at 11:59 AM