Hawk activity in Tompkins Square Park is picking up.  Over the weekend, I found Christo hunting rats and working on the new nest. 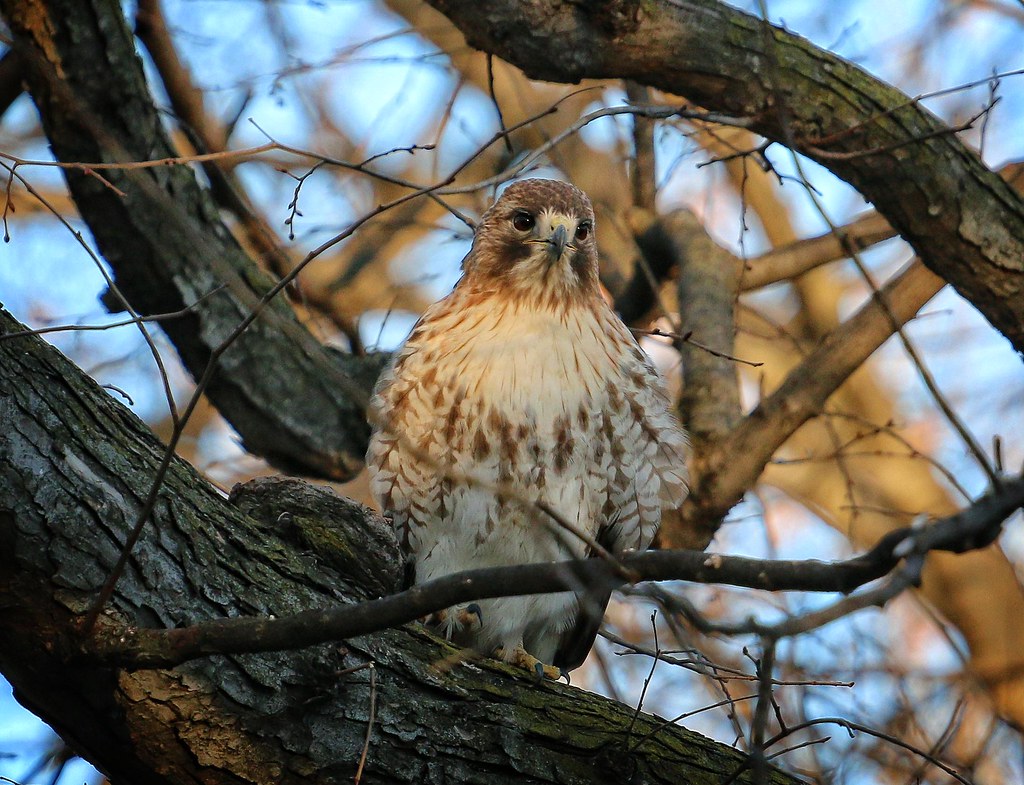 He and Dora (below, left) met up in a tree and did some telepathic communicating. 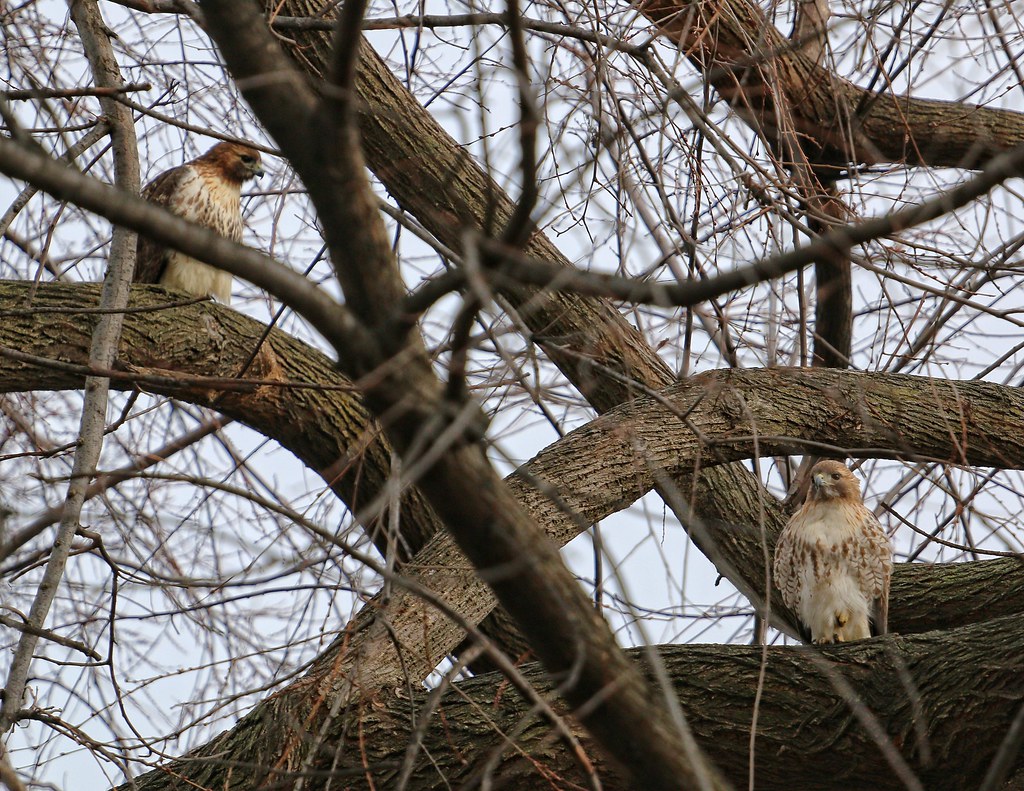 Christo dropped out of the tree and landed on the grass where a pre-dead rat lay waiting. I don't know if he caught it earlier or how it got there.  A fellow hawk-watcher was concerned about poison (poisoned rats have been seen in the area recently), and inspected the rat, but it appeared to be intact.  When rats die from anticoagulant poison, they often bleed from their eyes, nose and mouth.  It's horrible.

Anyway, this rat appeared to be clean. 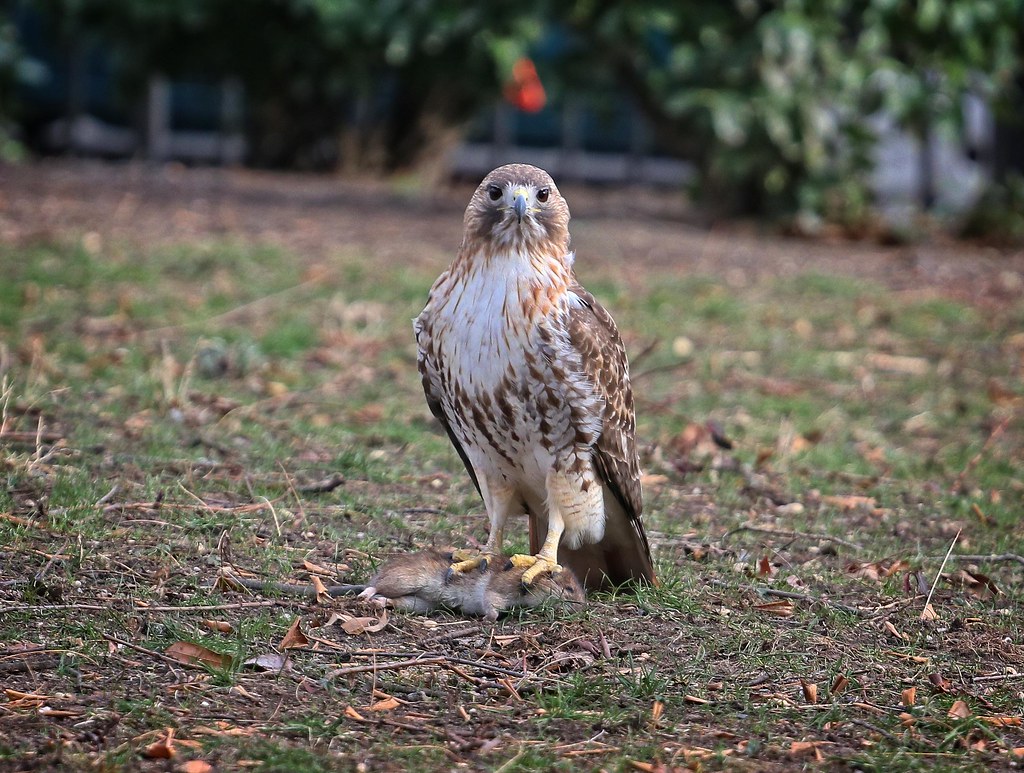 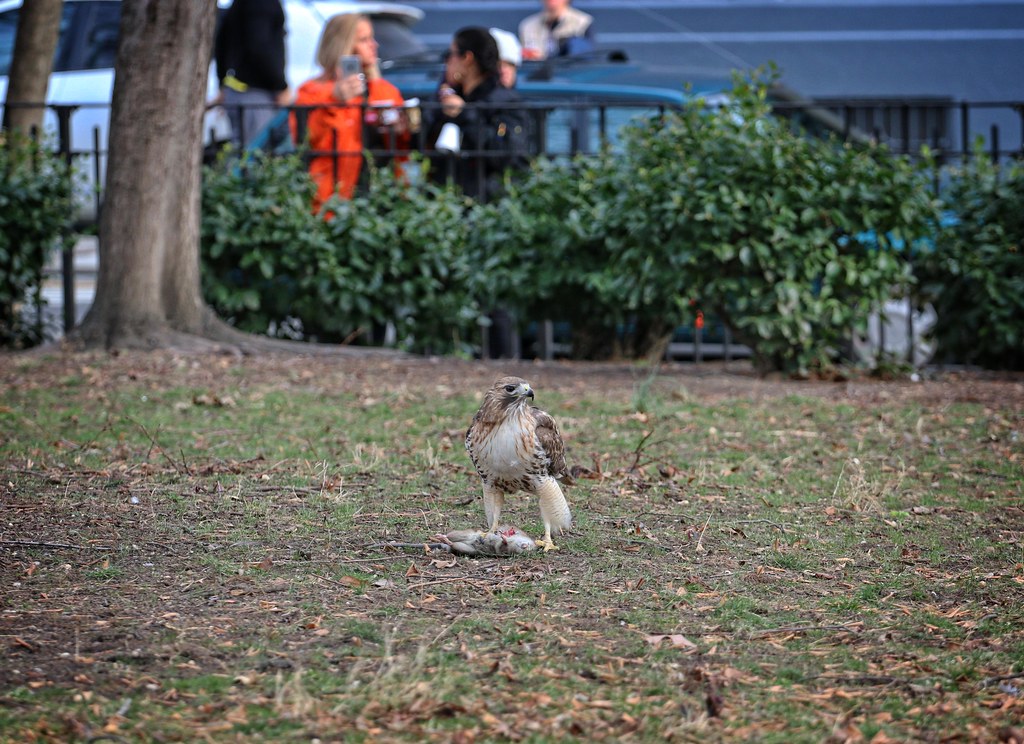 After eating his fill, Christo took off, leaving the rat on the ground. 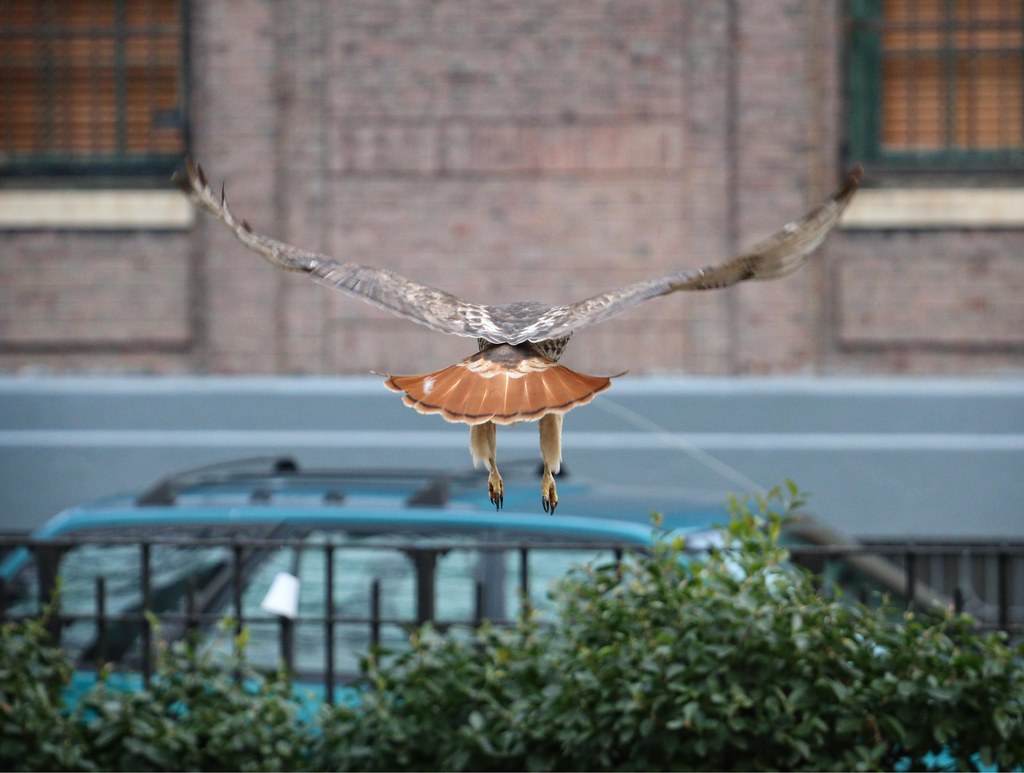 He made one more fly-by before heading off to work on the nest. 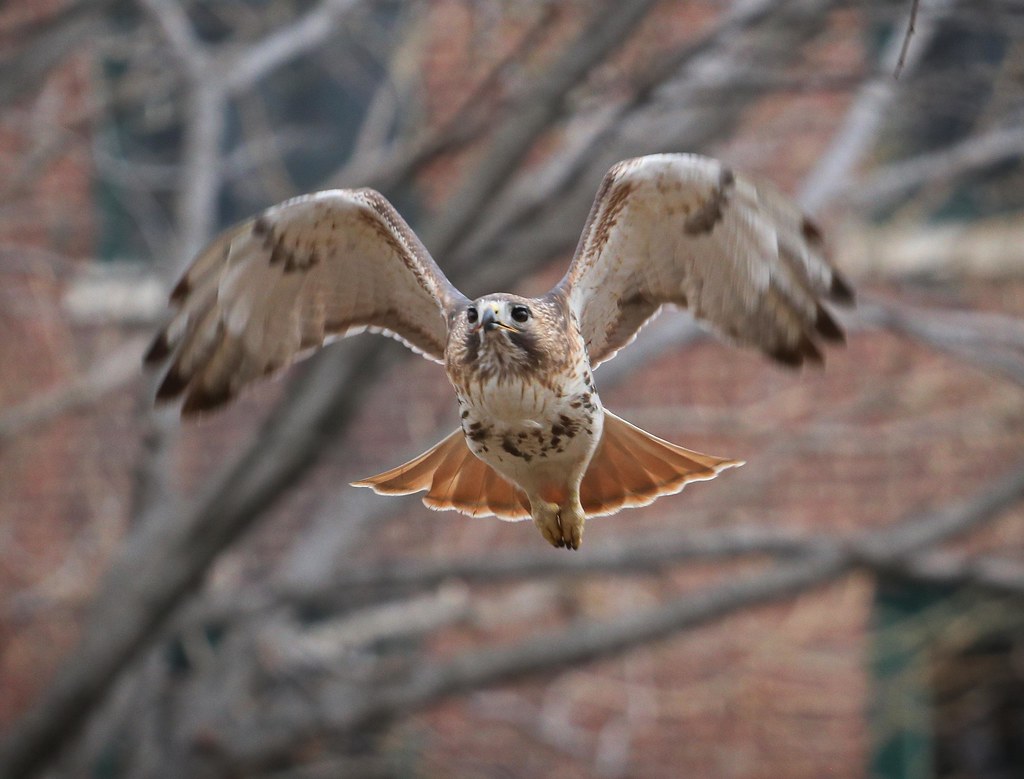 While Christo was eating, Dora had been watching him from the tree above.  After he was done, I thought she'd come down and finish the meal, but she flew to a taller tree instead. 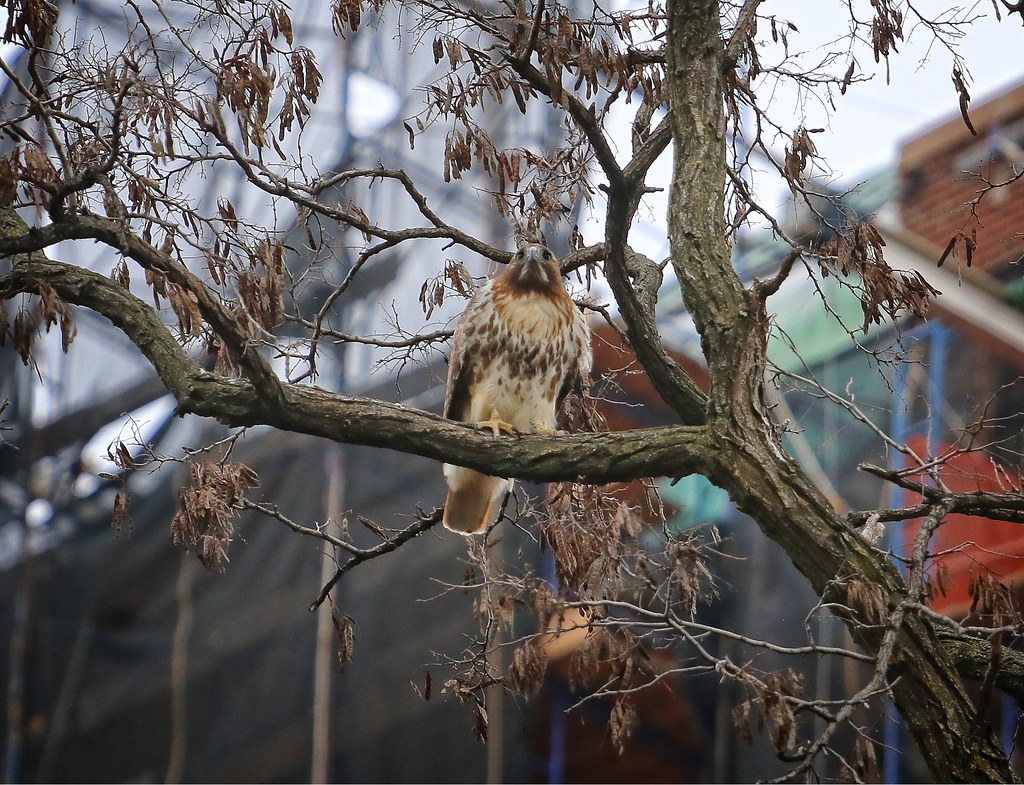 The last time I saw Dora retrieve food from the ground was in 2014 when she went to the central lawn at the end of the day and scavenged food she'd previously dumped there after cleaning out the nest on the Christodora.  I think she prefers her food to either be brought to her or left in a tree. 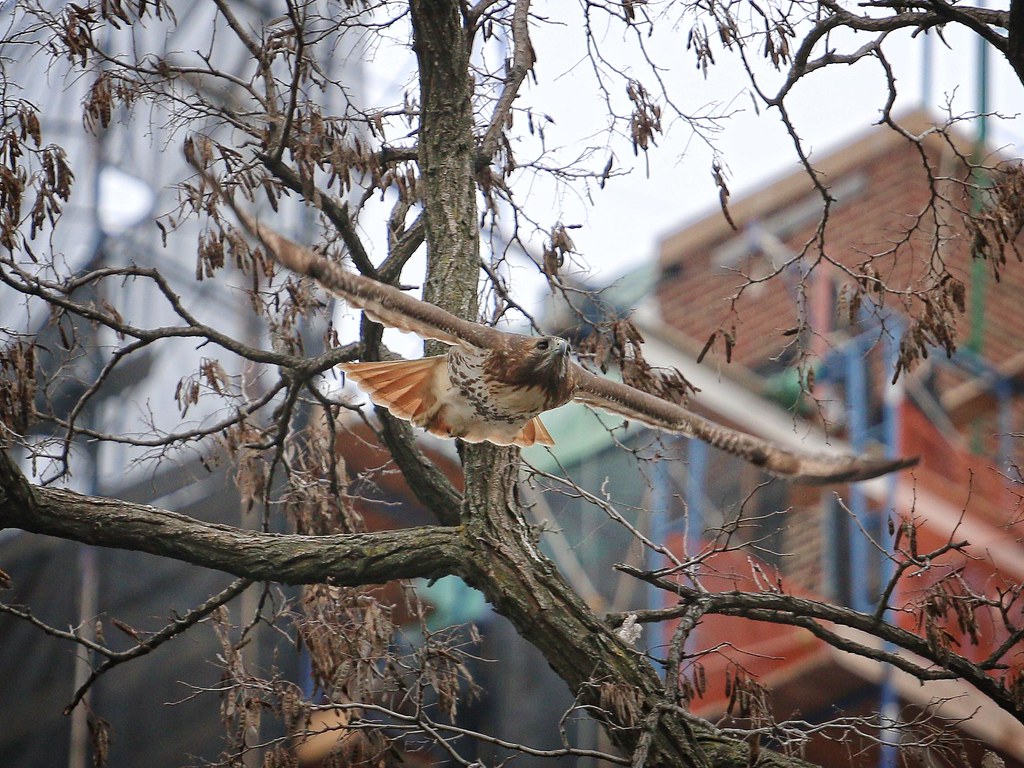 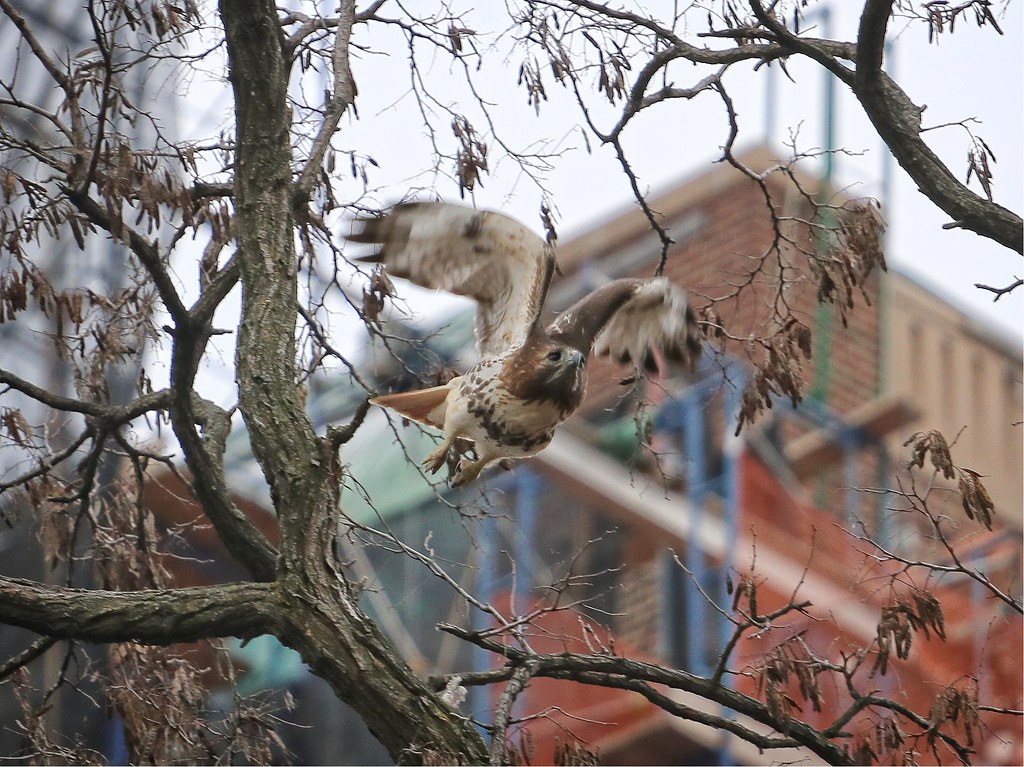 Late in the day, there was some activity along 7th Street that turned out to be a juvenile Cooper's hawk.  It perched across from the park entrance for a few minutes before being chased off by Christo. 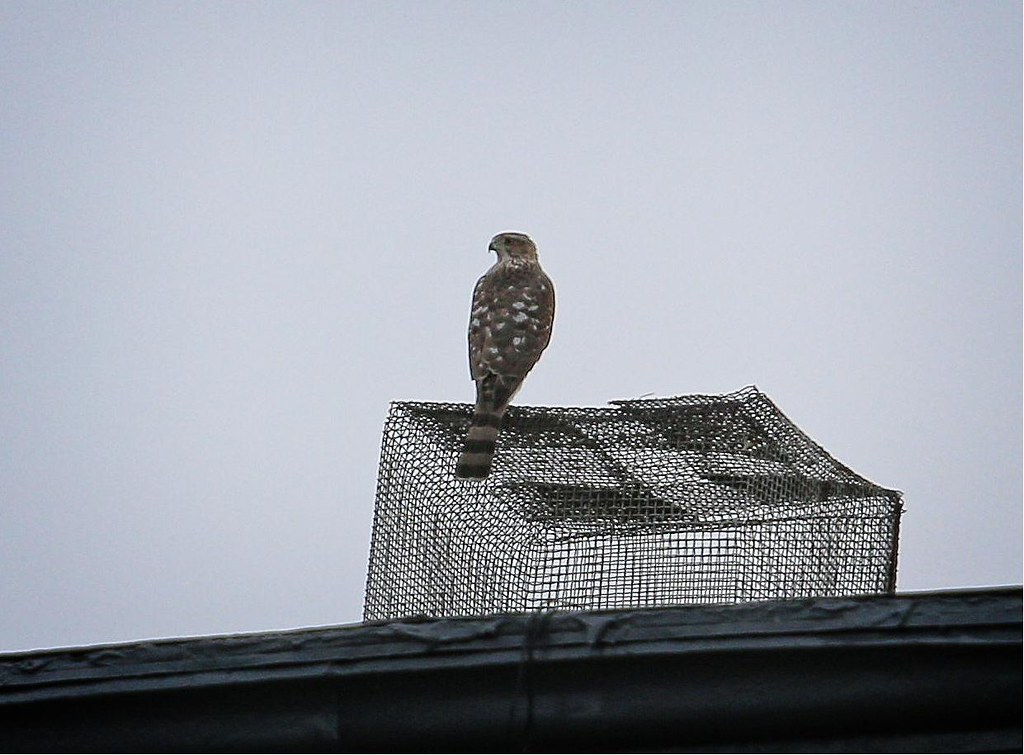 In other neighborhood hawk news, the juvenile red-tails that were hanging out in the neighborhood for the last several weeks have all left.  The day after I photographed this hawk, they all vanished.  I am guessing they migrated, so am grateful to have been able to enjoy them while they were here.

Over in Washington Square, the live hawk cam has been turned on.  You can tune in to the NYU Hawk Cam here, and I have also put a link to it in the right-hand column of this site.
Posted by Laura Goggin Photography at 7:18 PM