Christo and Dora keep busy while waiting for eggs to hatch

It's been a slow hawk-watching time while Christo and Dora brood their eggs in Tompkins Square.  They take turns doing nest duty every hour or so.  When Dora is on break, she usually flies around to stretch her wings, then perches somewhere near the nest to eat and preen.  When Christo is out and about, he does some hunting and gathering of nest material.  This season, he seems to be spending more time outside the park, perhaps securing their territory.

As we've had some crummy weather lately, the photos below are all from the 29th when we enjoyed a bit of sun.  I found Christo perched on the Christodora late in the day and he seemed to be watching the area of the park near the basketball courts. 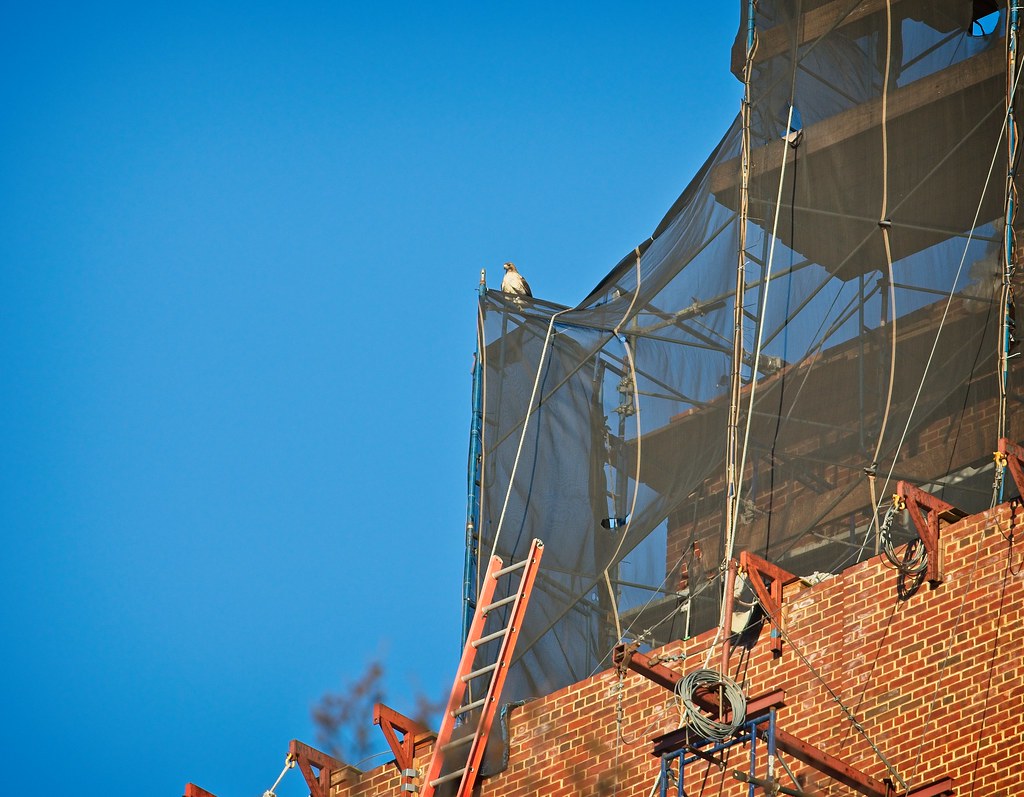 After a few minutes, Christo dove off the building and came right down to the area where I was standing on the east side of the women's restroom. 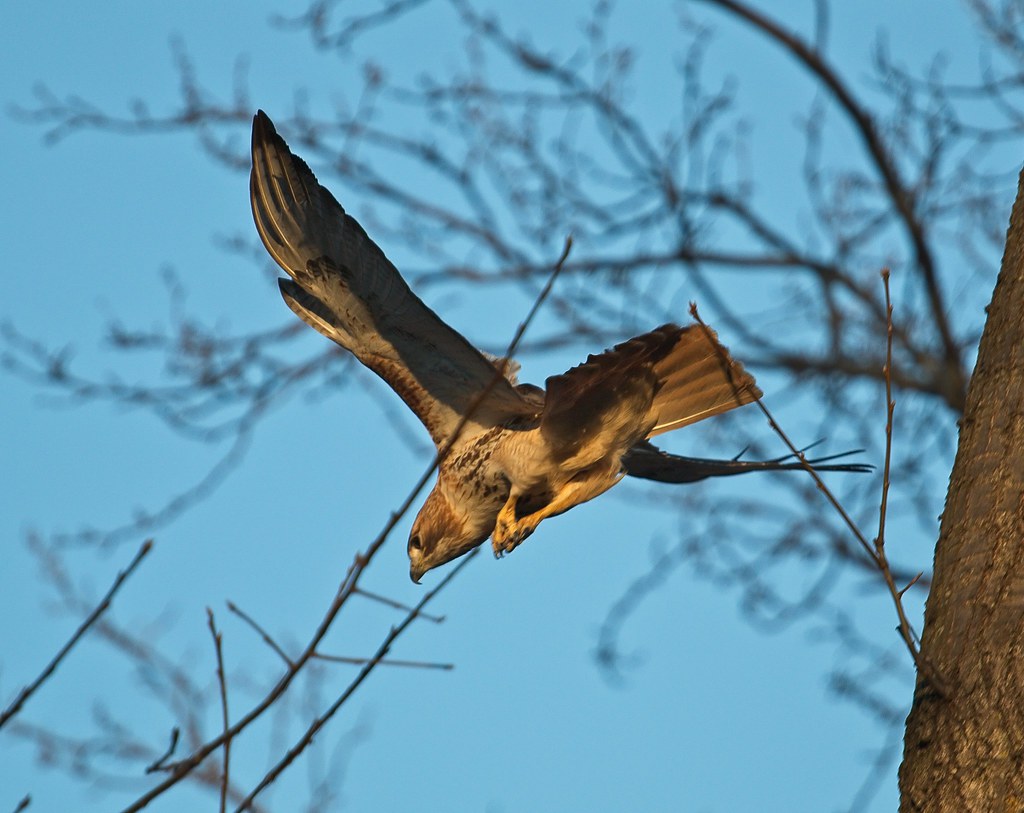 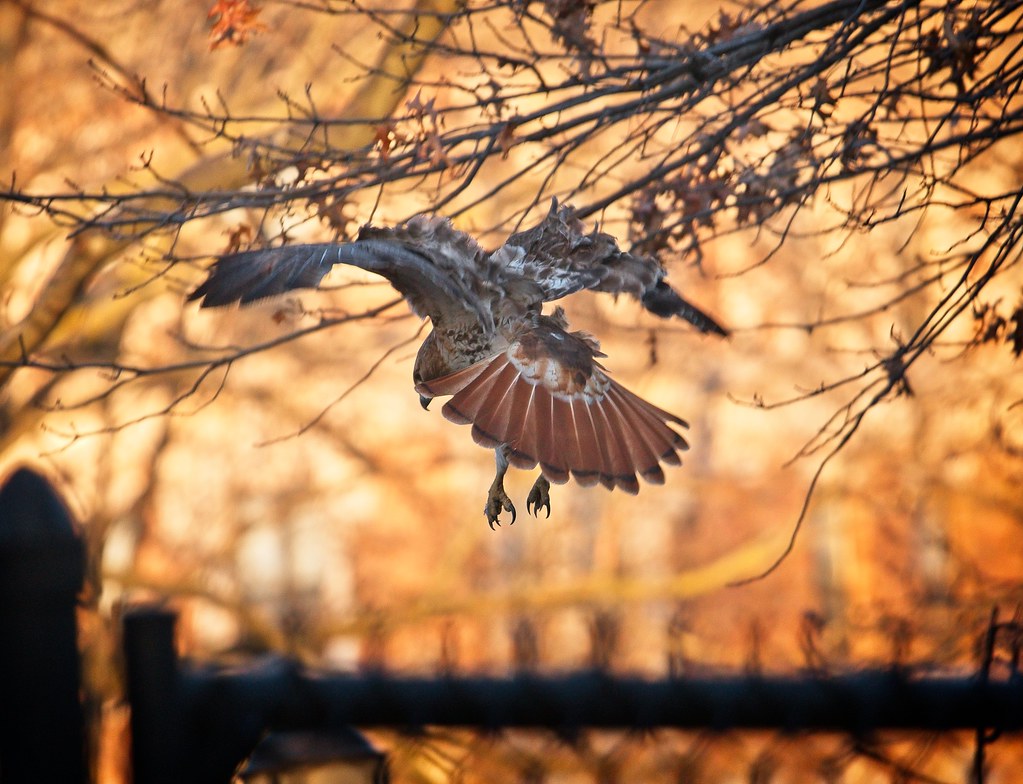 He landed on a fence to take a closer look at the dinner selection running around in the bushes. 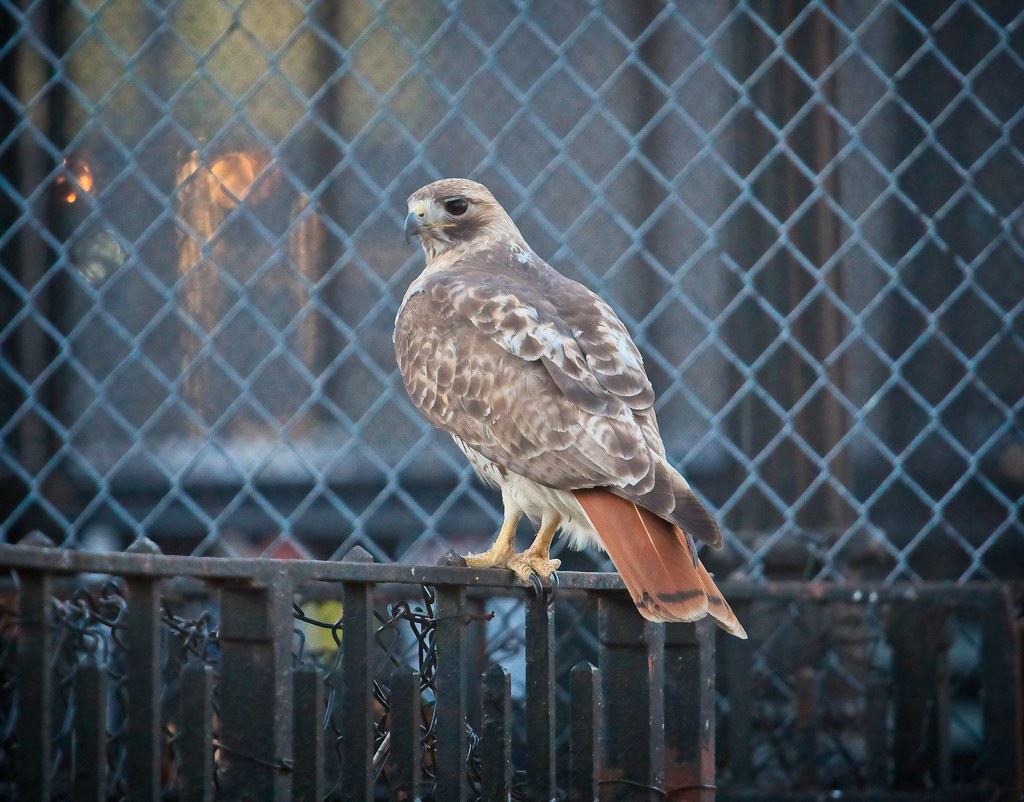 It took him just seconds to pull up a rat. 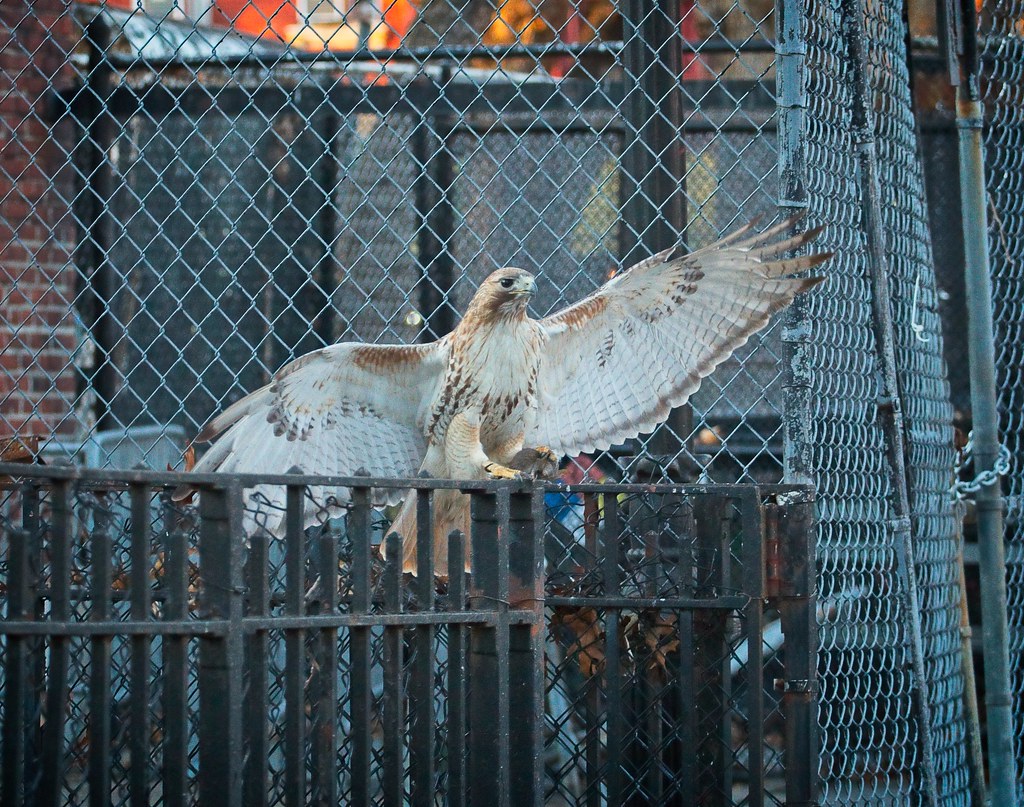 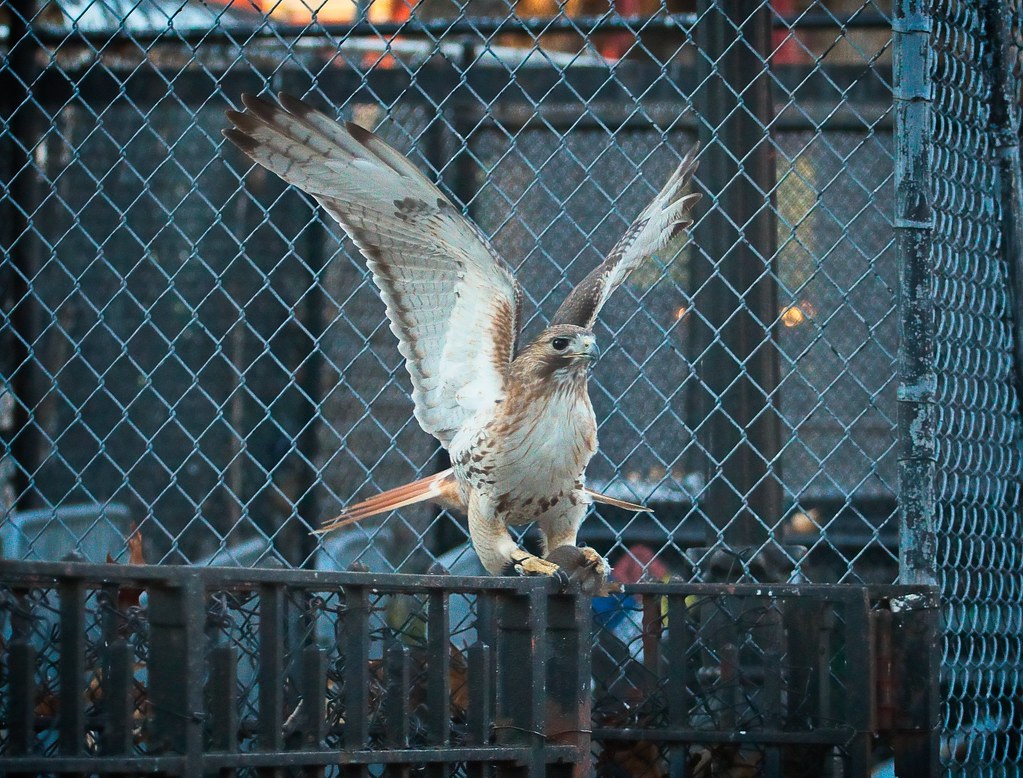 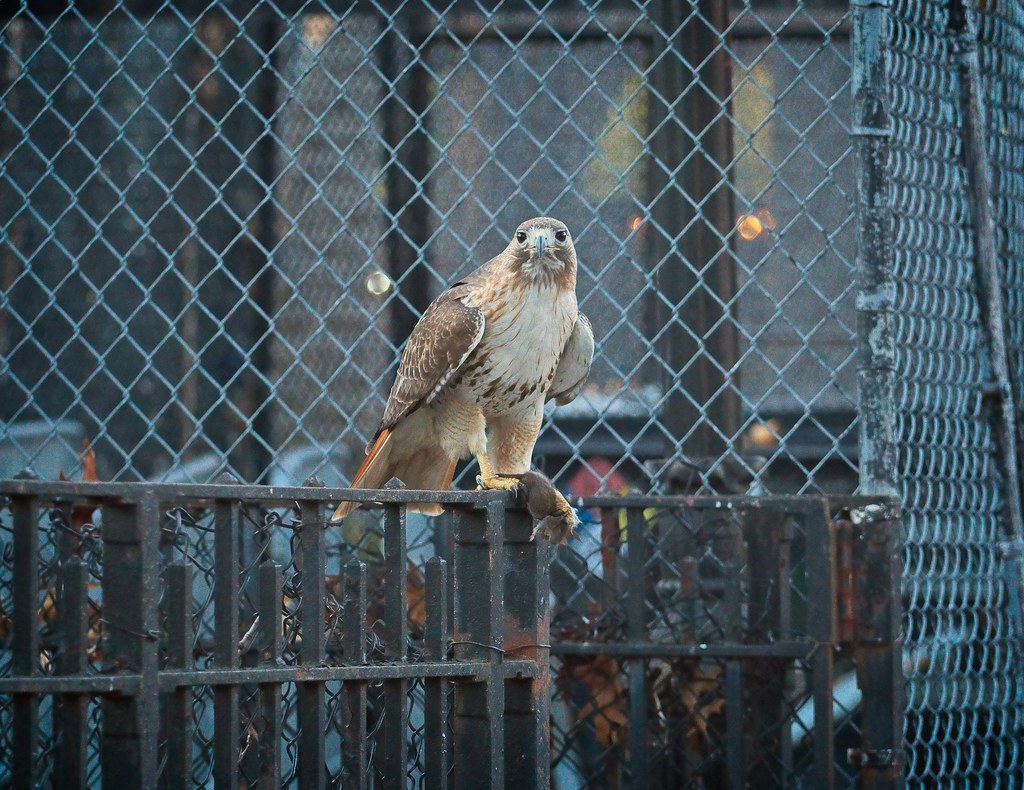 He took the rat to the area behind the park offices, which was locked, so I was unable to follow.  I thought he'd bring it back out to the nest and hand it off to Dora, but he must have eaten it all himself as he took a while and, when he did fly out of the area, he no longer had the rat.

Ever industrious, Christo flew straight to an elm tree on the central lawn where he stripped some bark off a branch.  Judging by the state of the branch, it looks like this is a favorite. 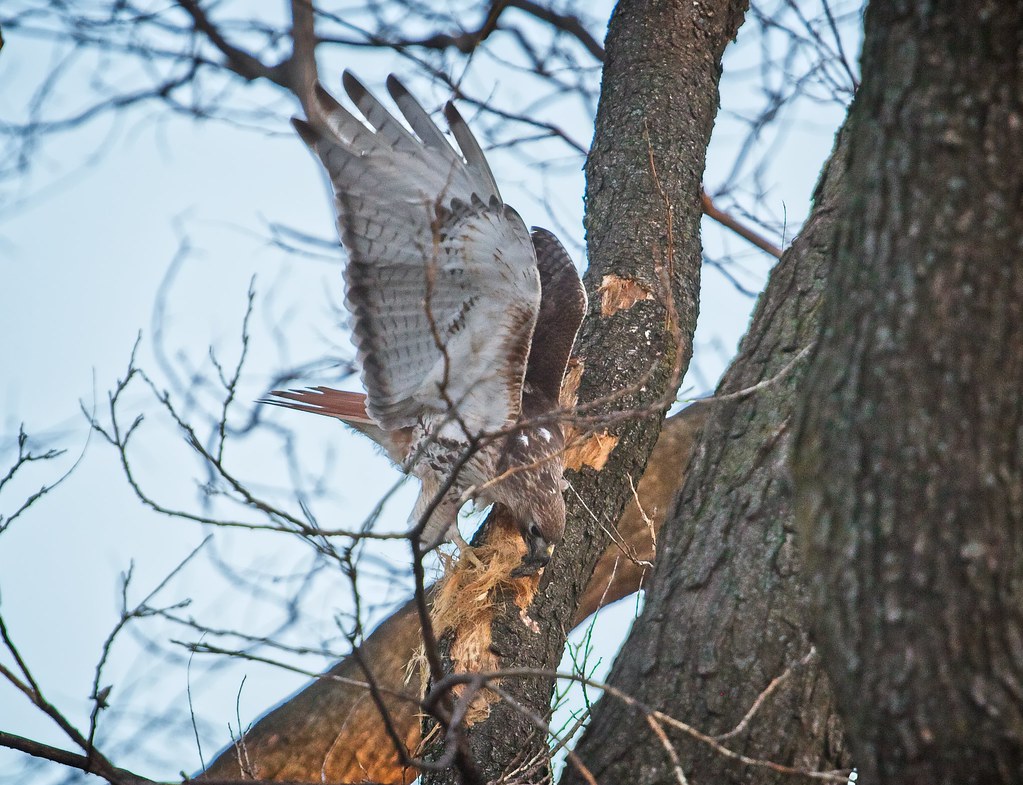 The branch is dead, so maybe the bark is loose and easy to pull off. 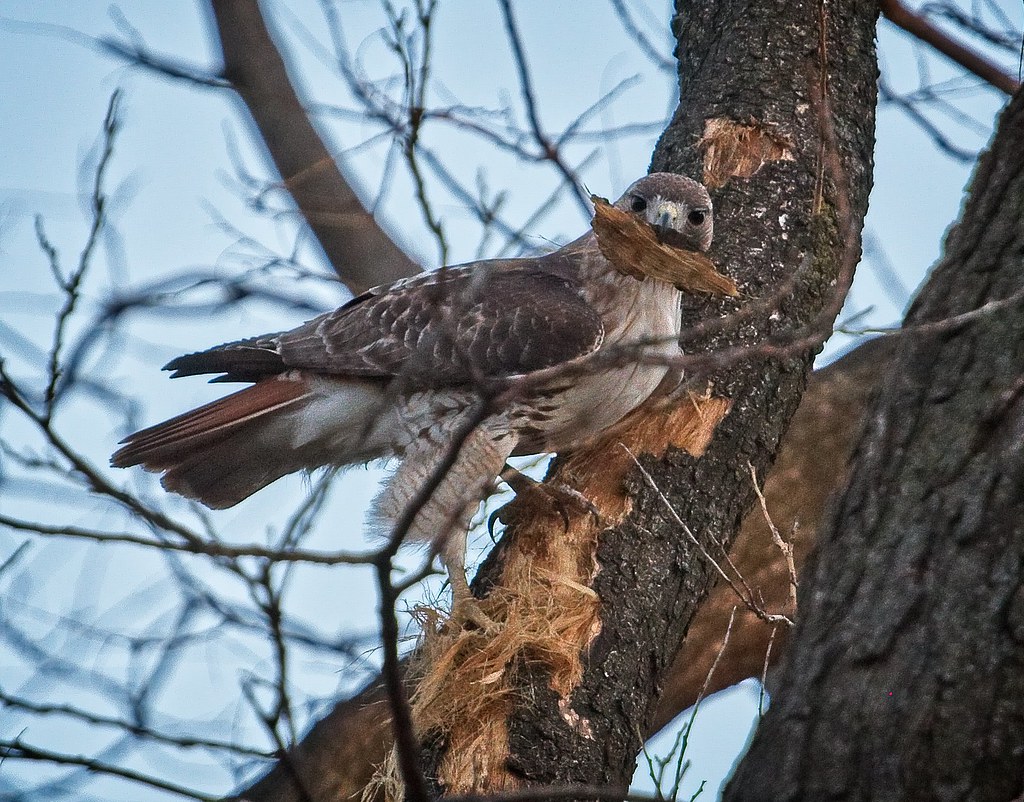 Christo then flew the bark up to the nest where he took over egg-brooding duty and gave Dora a dinner break. 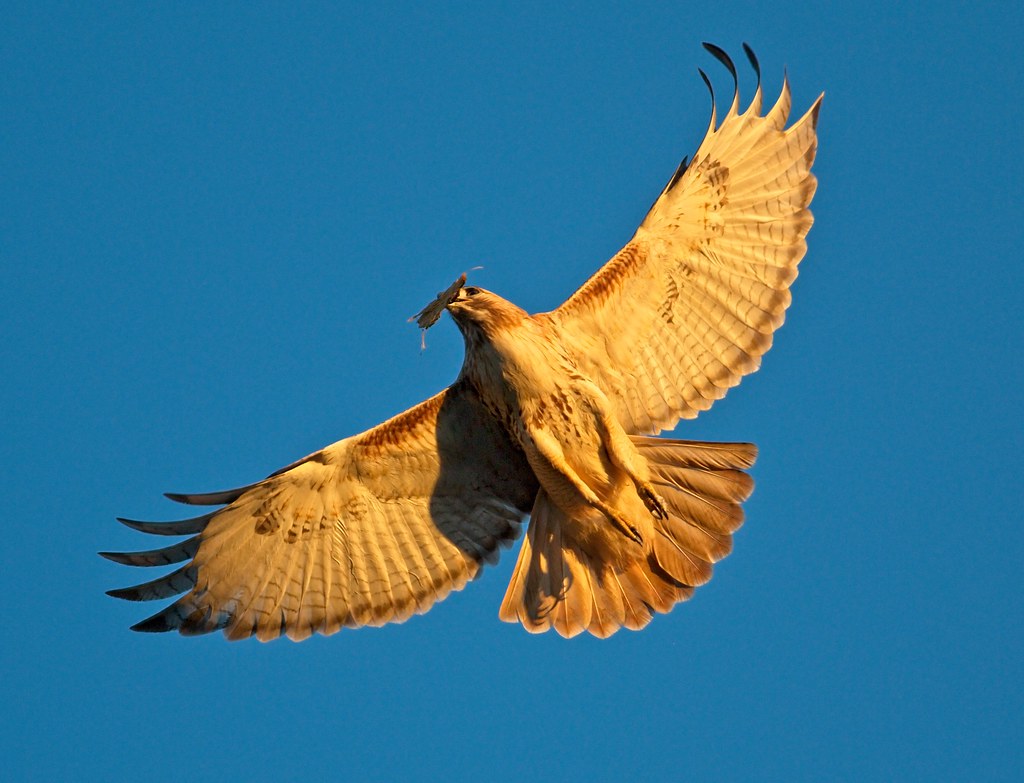 Just as the sun set, Dora flew out of the nest and went over to a tree next to the Avenue A playground where she ate some stashed food. 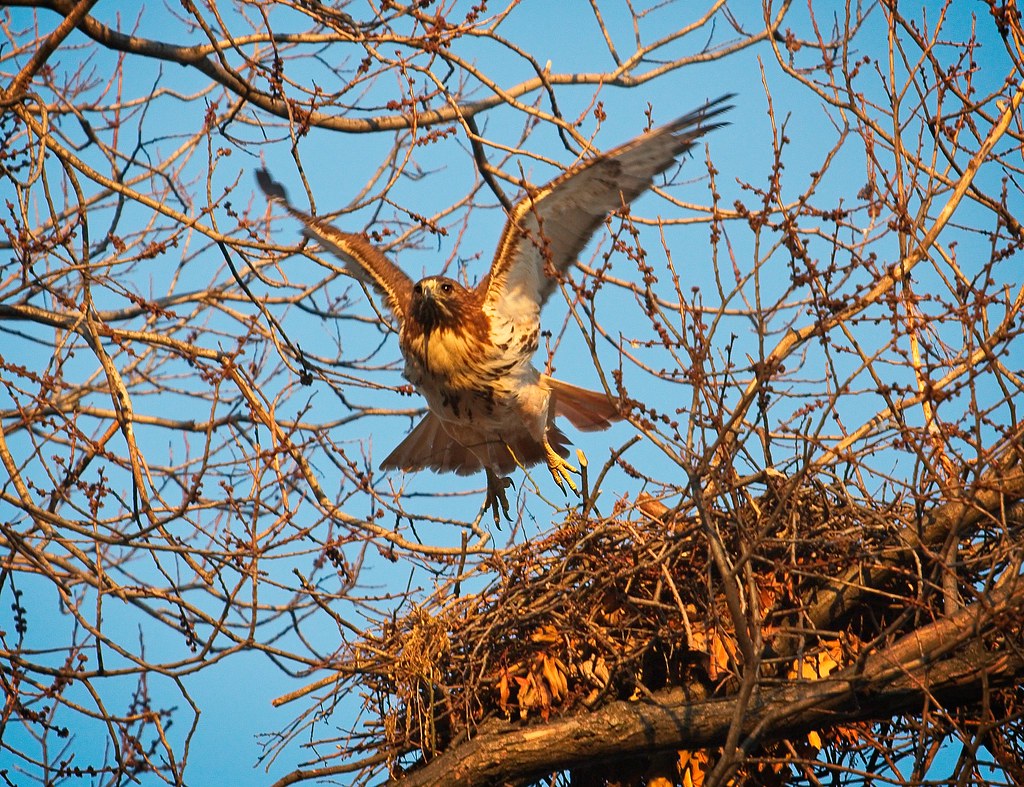 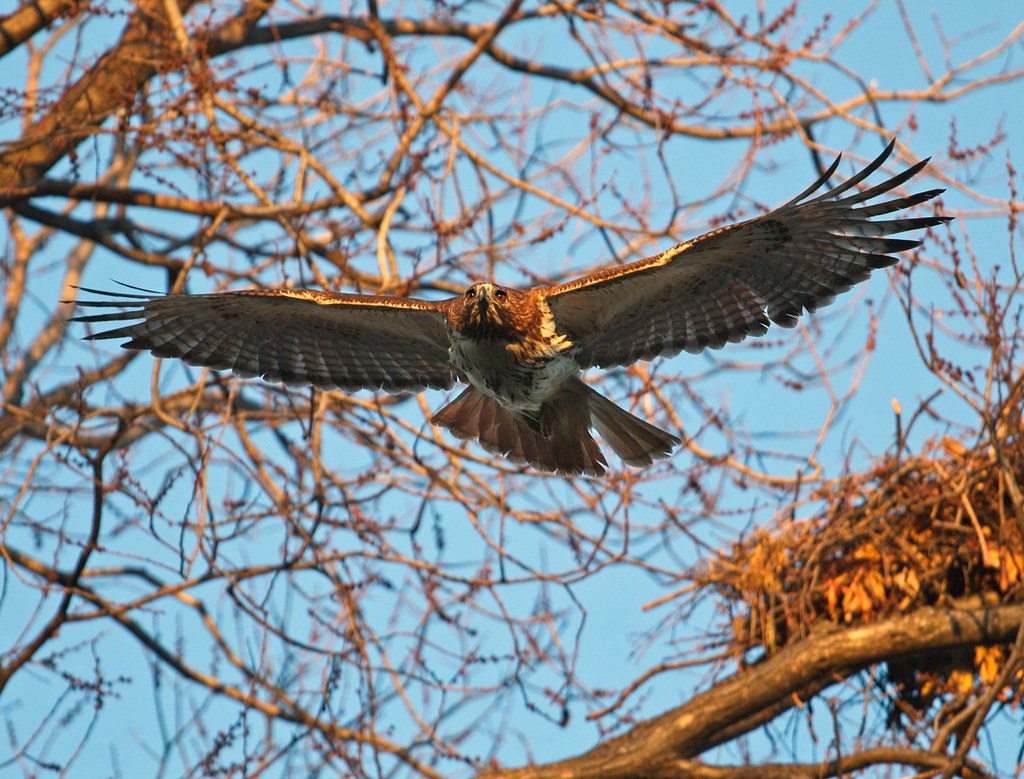 I love how Dora's chest feathers look so glamorously swishy. 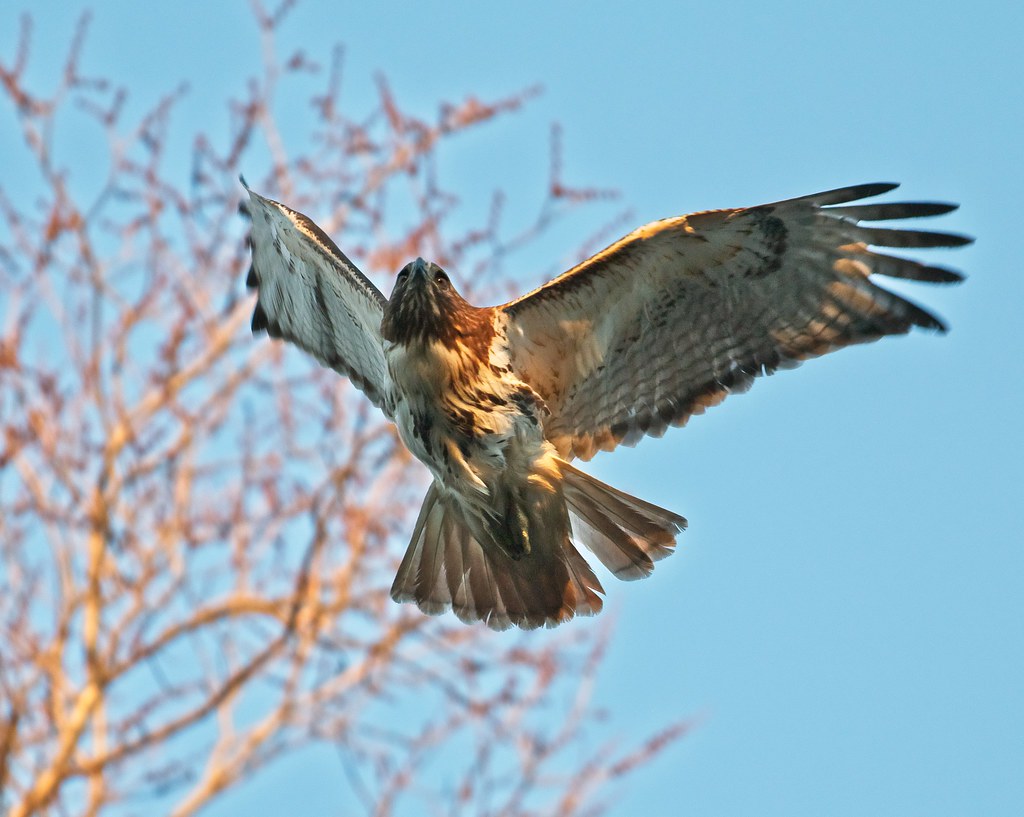 Meanwhile, the previous nest in the ginkgo tree is almost gone.  Here's how it looked on Saturday: 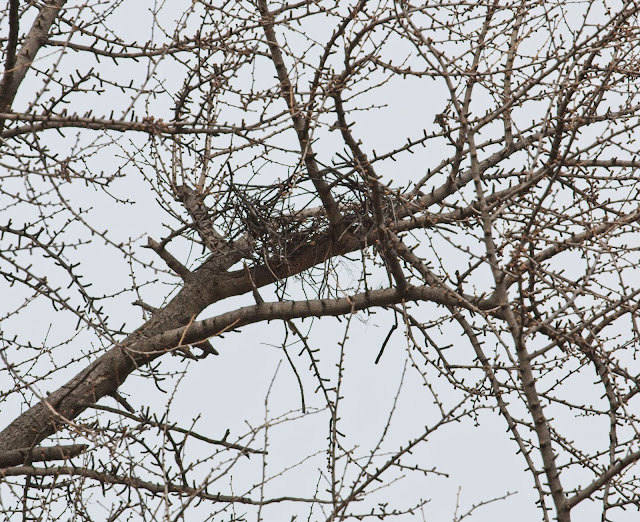 Compared to last May: 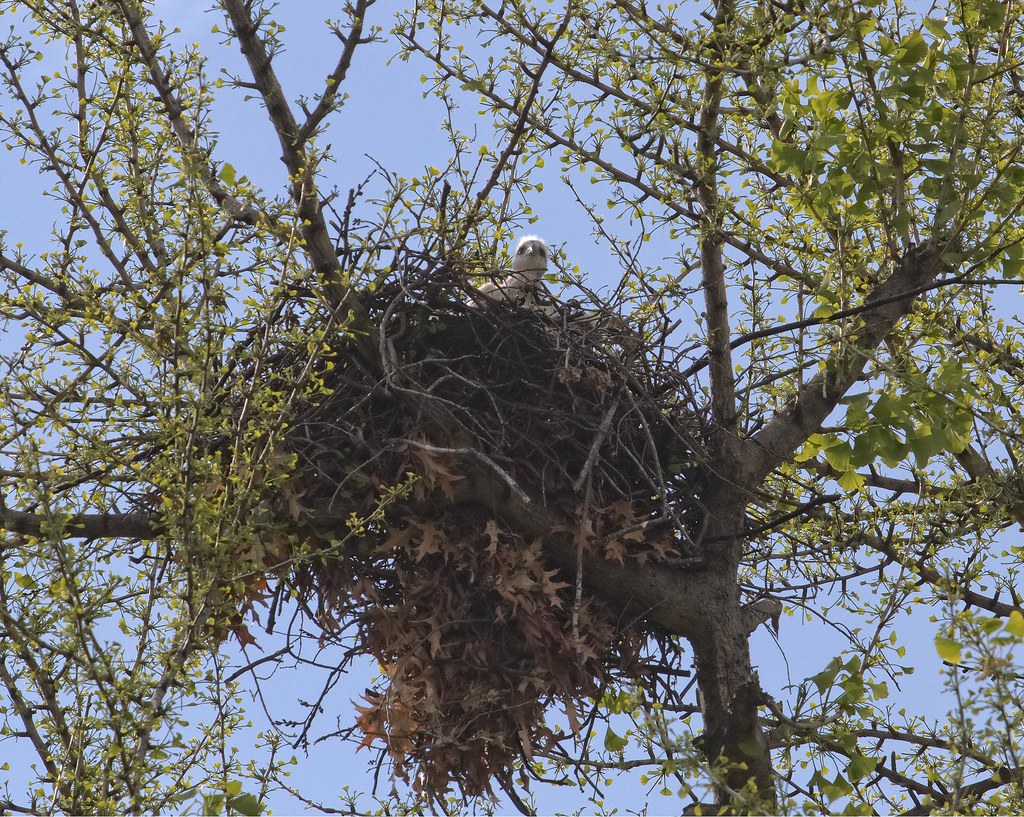 I hope we'll have a view of fuzzy little bobbleheads in the new nest by mid-May.