Tompkins hawk family holding up in the heat

It's been a hot and humid week, making hawk-watching challenging for this photographer, who suffers from heat sickness at the drop of a hat.  If it weren't for these birds, I'd spend the summer lounging on an ice berg.

But I can't resist spending time in the sauna of Tompkins Square if it means being with wildlife.  Below, Flatbush perches calmly in a tree, his band clearly visible on his left leg. 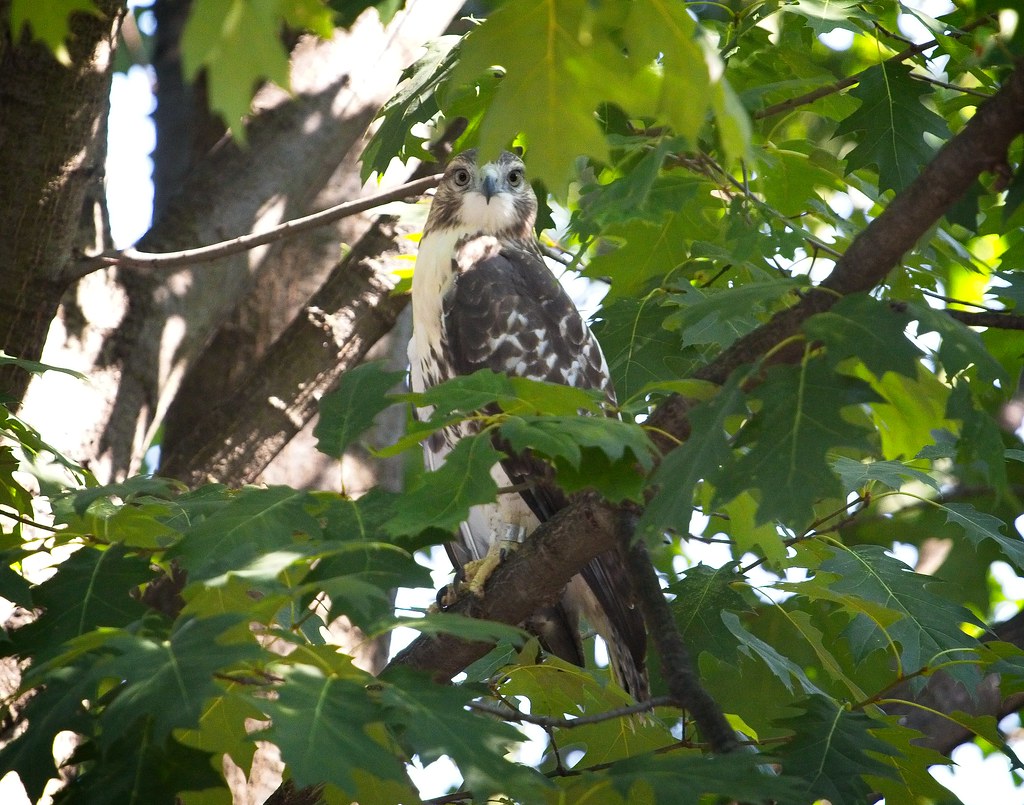 As far as I know, he's still being fed by Christo, but he's picking up food from the ground and is doing well. 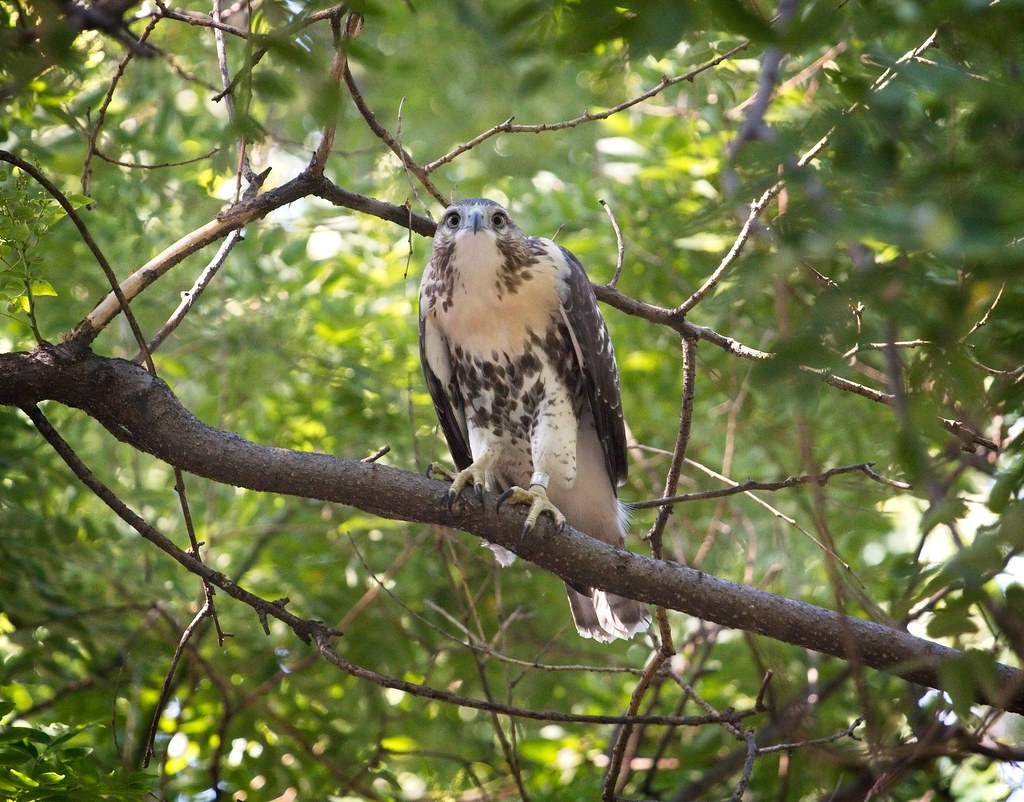 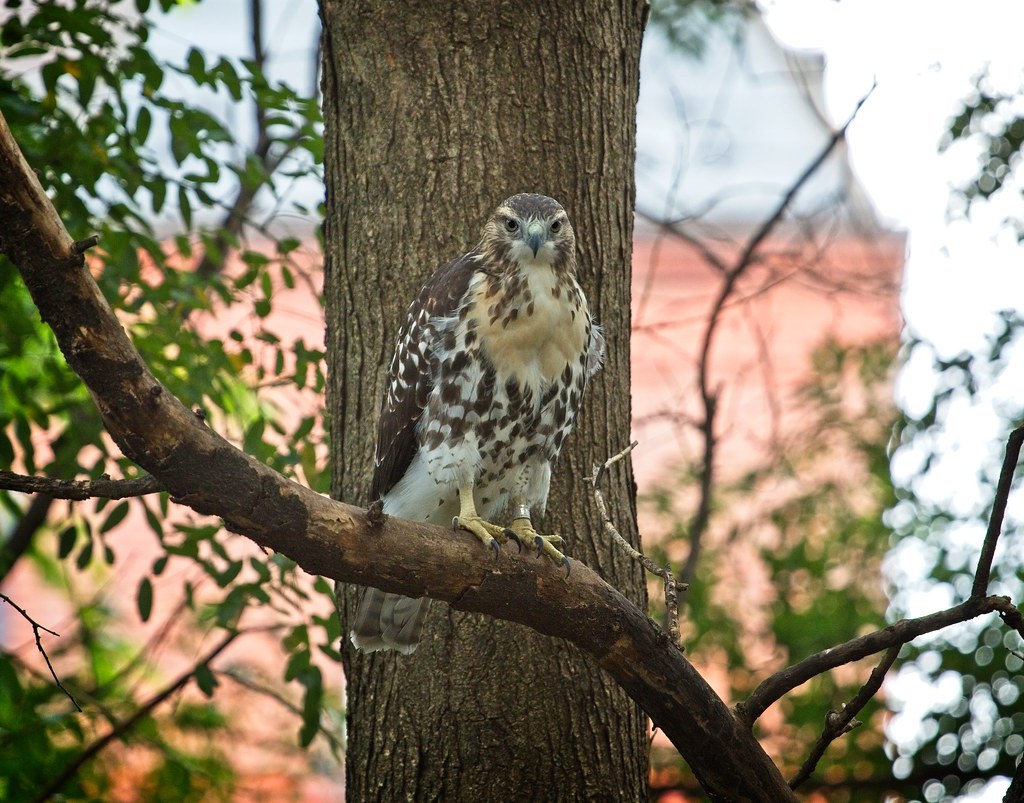 The squirrels are bold, still sensing that he can't get them... 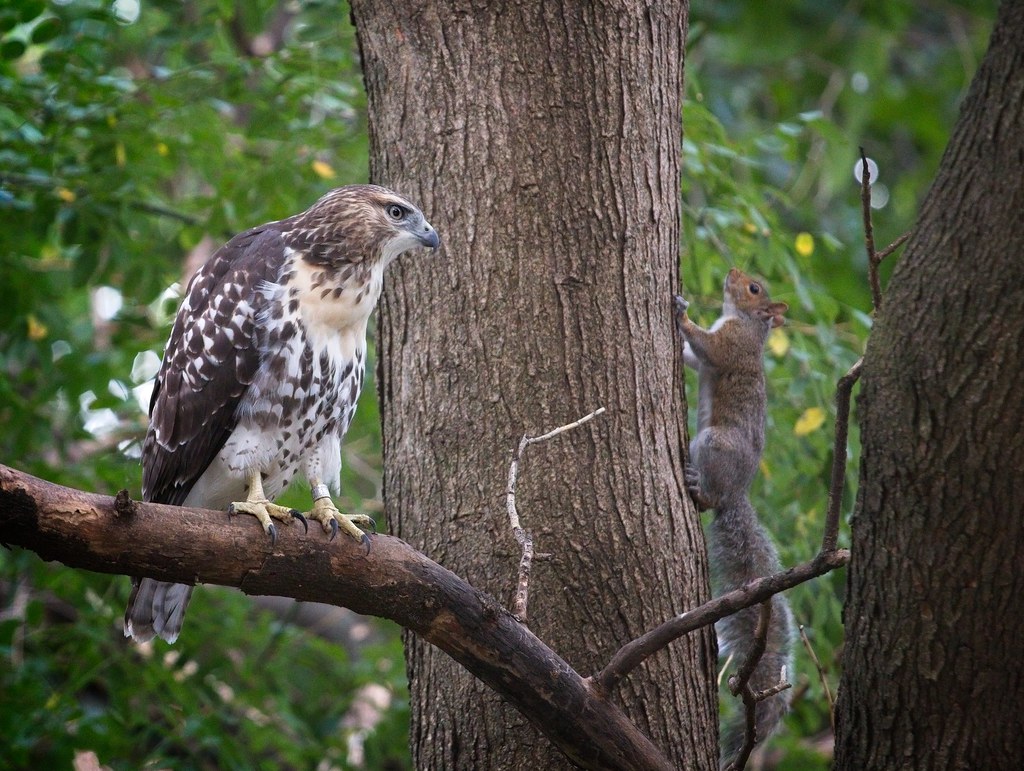 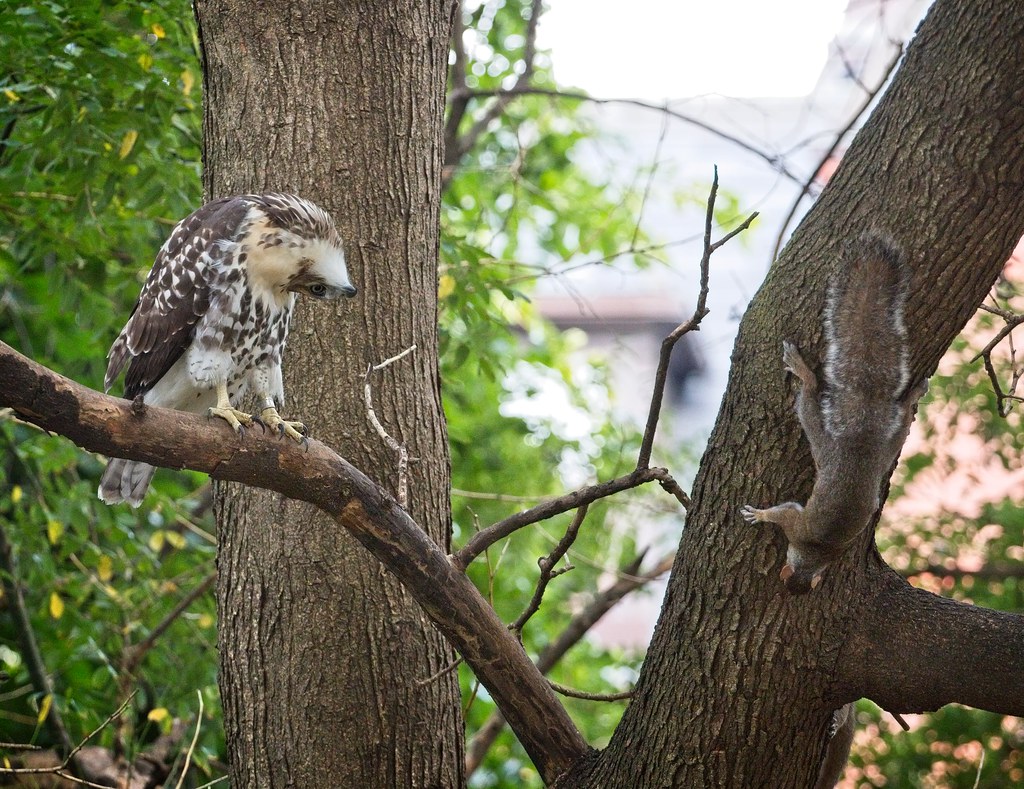 A stretch before take-off. 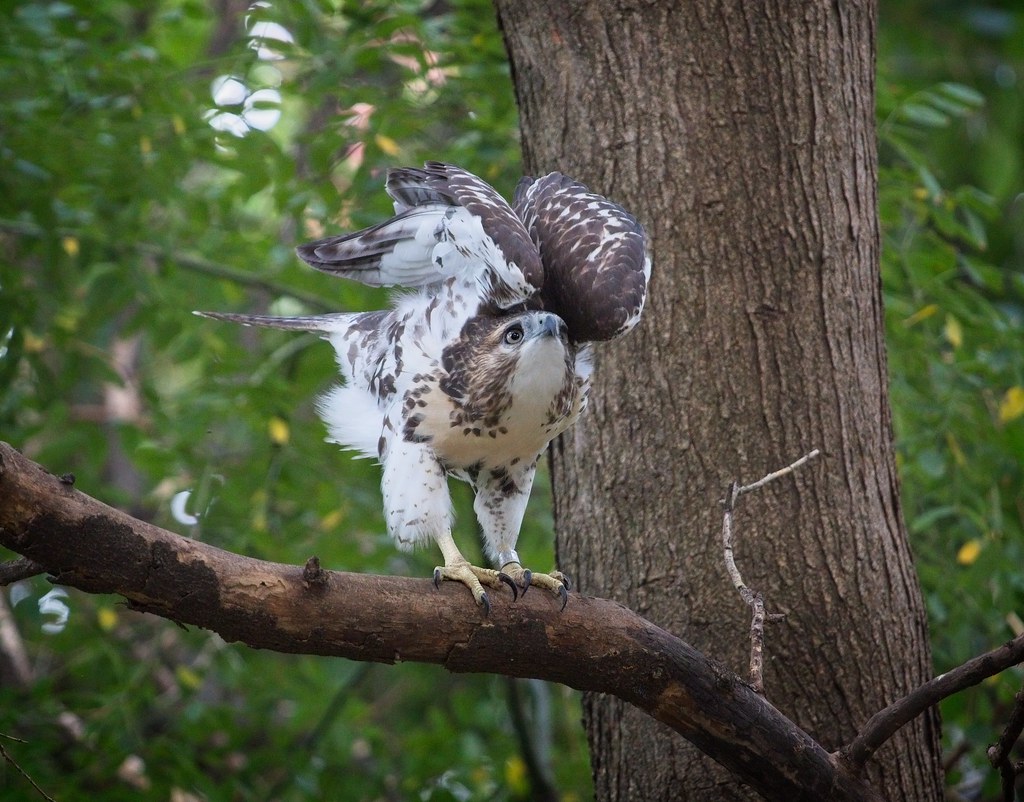 On a hot Saturday afternoon, Flatbush took a nap on a branch of the big elm in the SW corner of the park.  He blended in really well, looking just like a bump on a log. 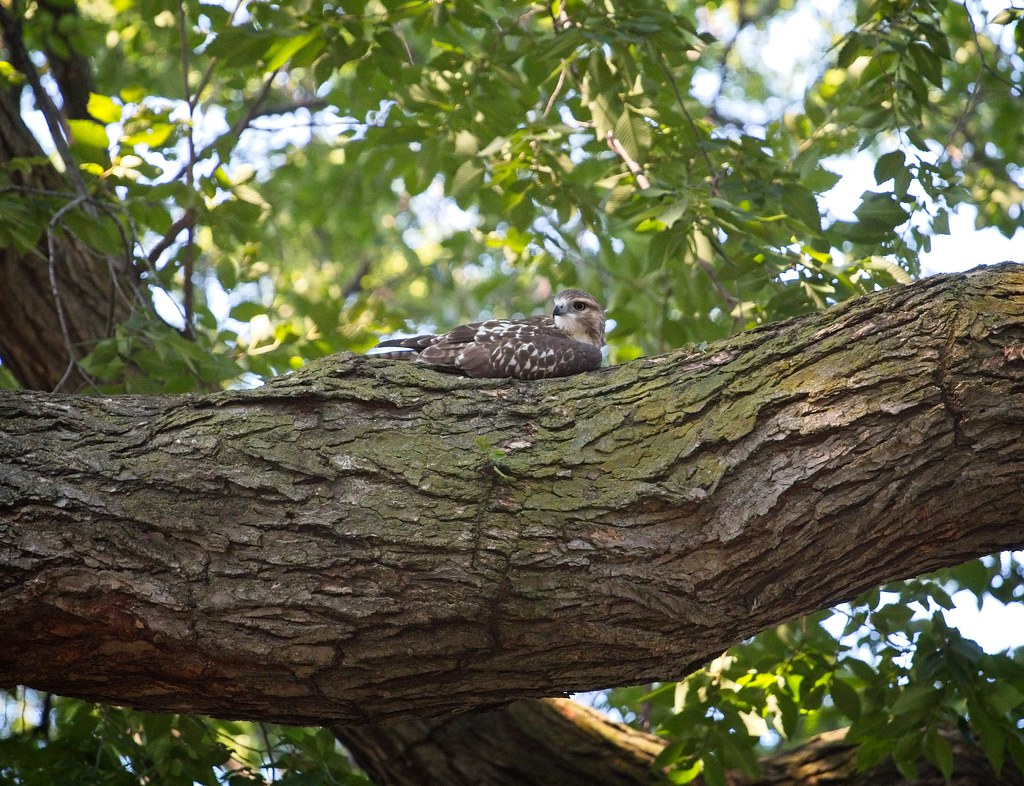 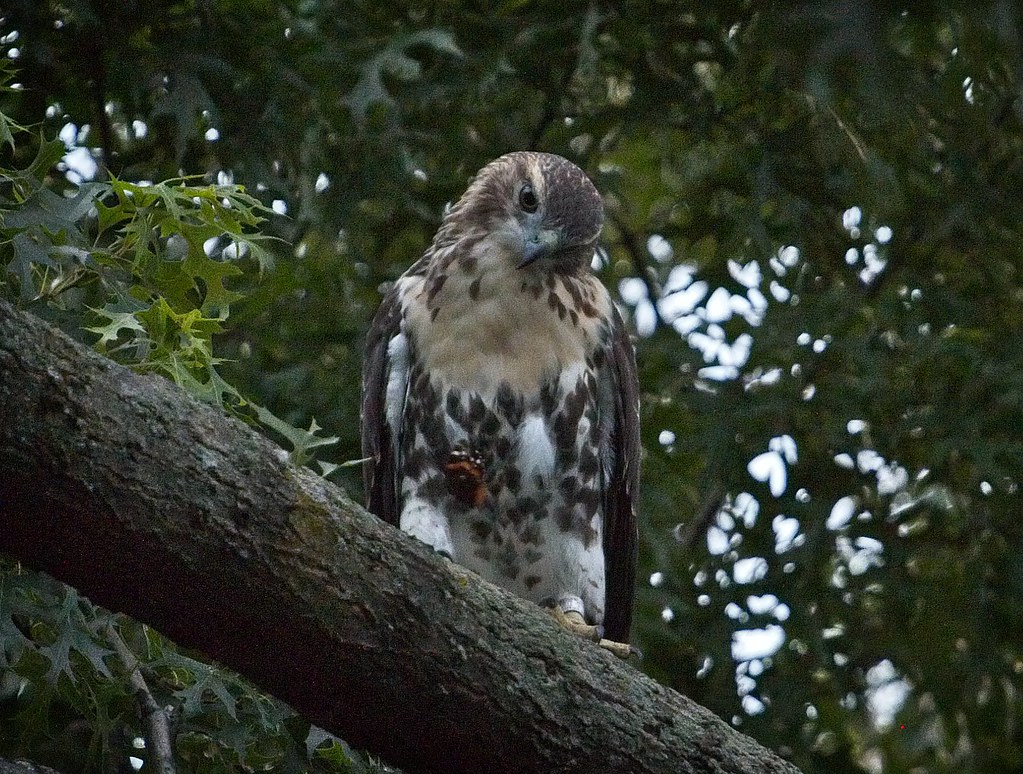 The butterfly flitted around the hawk's head, and it seemed Flatbush wasn't quite sure what to make of it.  See his reaction in the video below.  Ten makes a brief appearance when she flies through the frame near the end of the video.

Both fledglings have been hanging out on the rooftops on 7th Street, on the south side of the park.  Below, Flatbush is on the left and Ten is on the right. 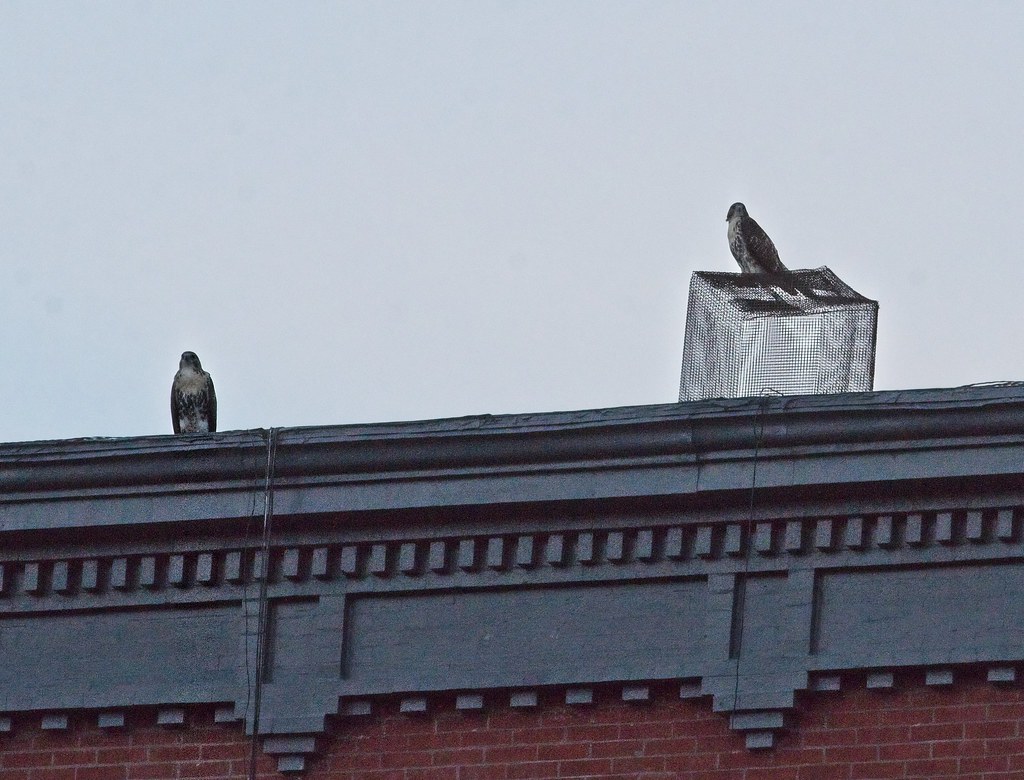 Tuesday evening, Flatbush had the place to himself. 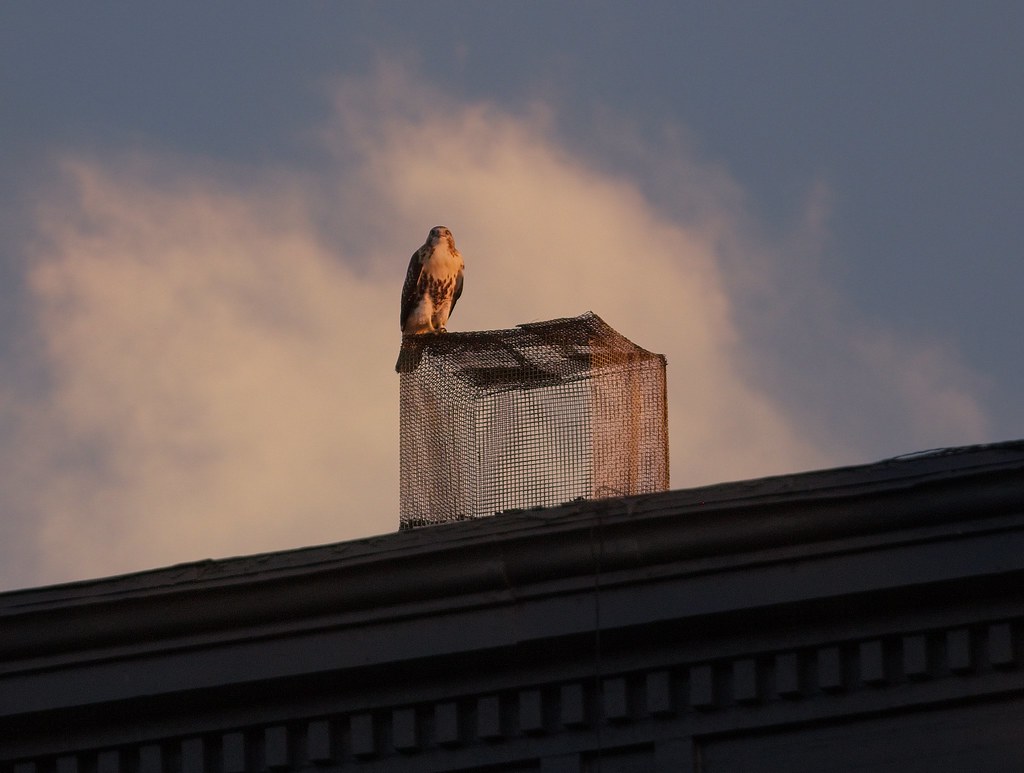 Meanwhile, Christo and Dora have been spending a lot of time on Village View along First Avenue.  I see them there almost daily, most often in the morning and evening. 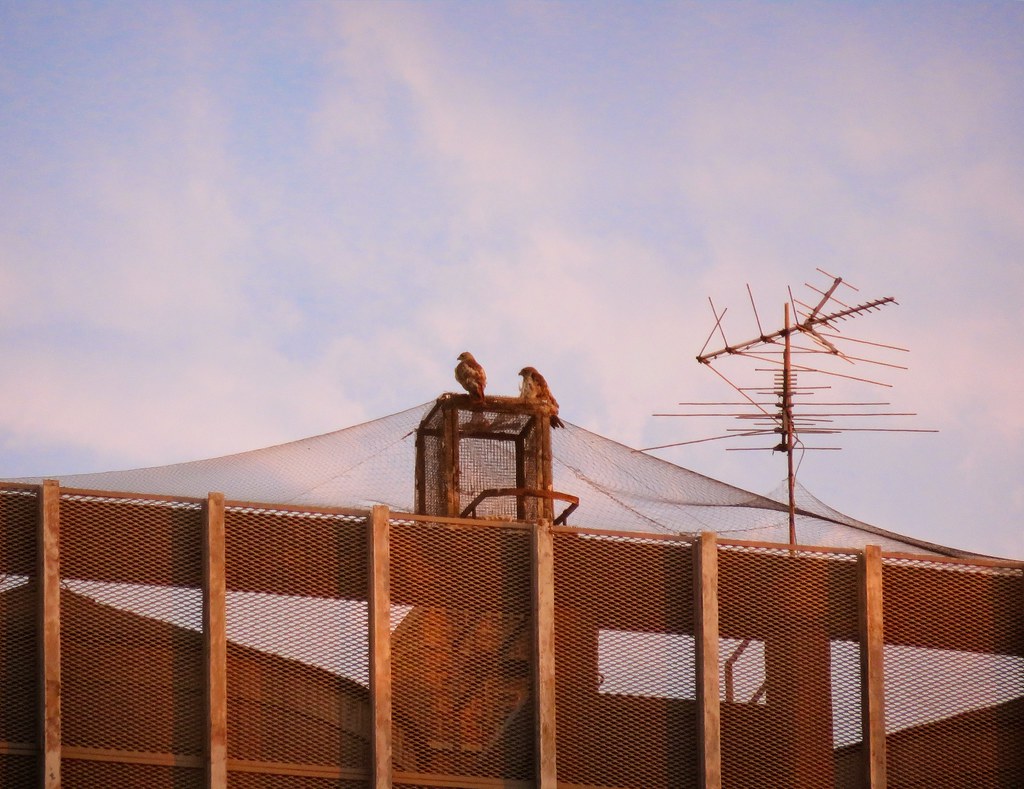 Christo is in full molt, so he's looking pretty raggedy.  His head is fuzzy and his eyes look bigger and deep-set.  I think he's now down to eight tail feathers (they normally have twelve). 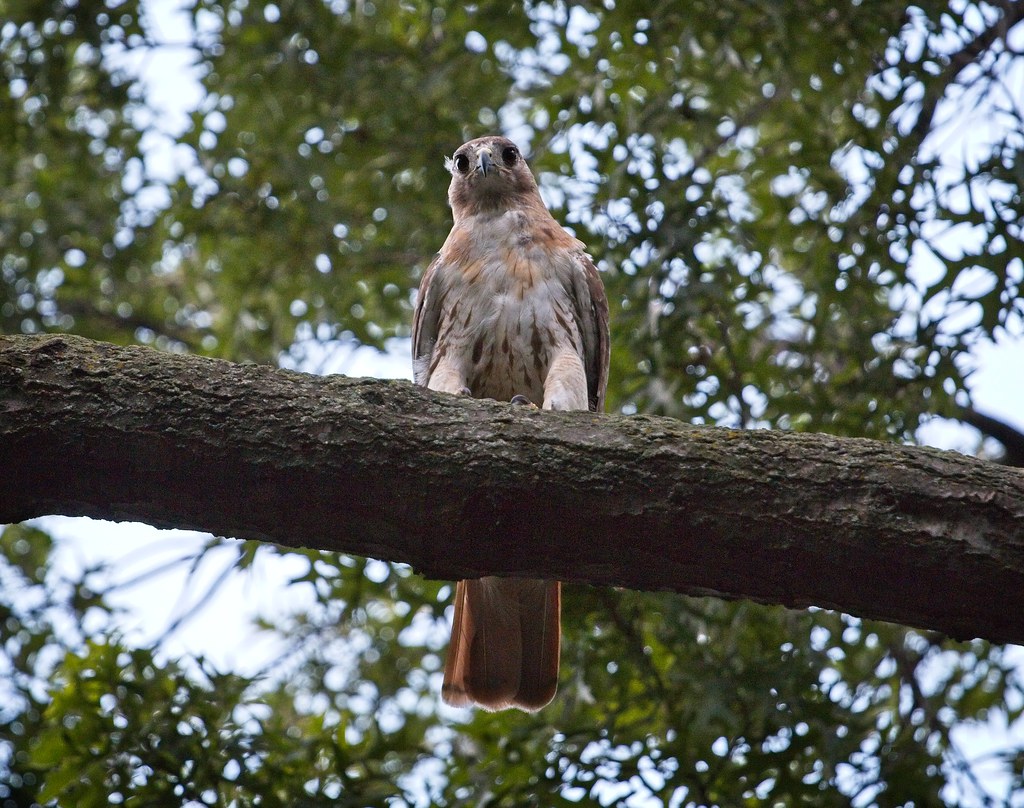 Despite his disheveled appearance, he's fine, and he's been doing a lot of hunting after sunset. 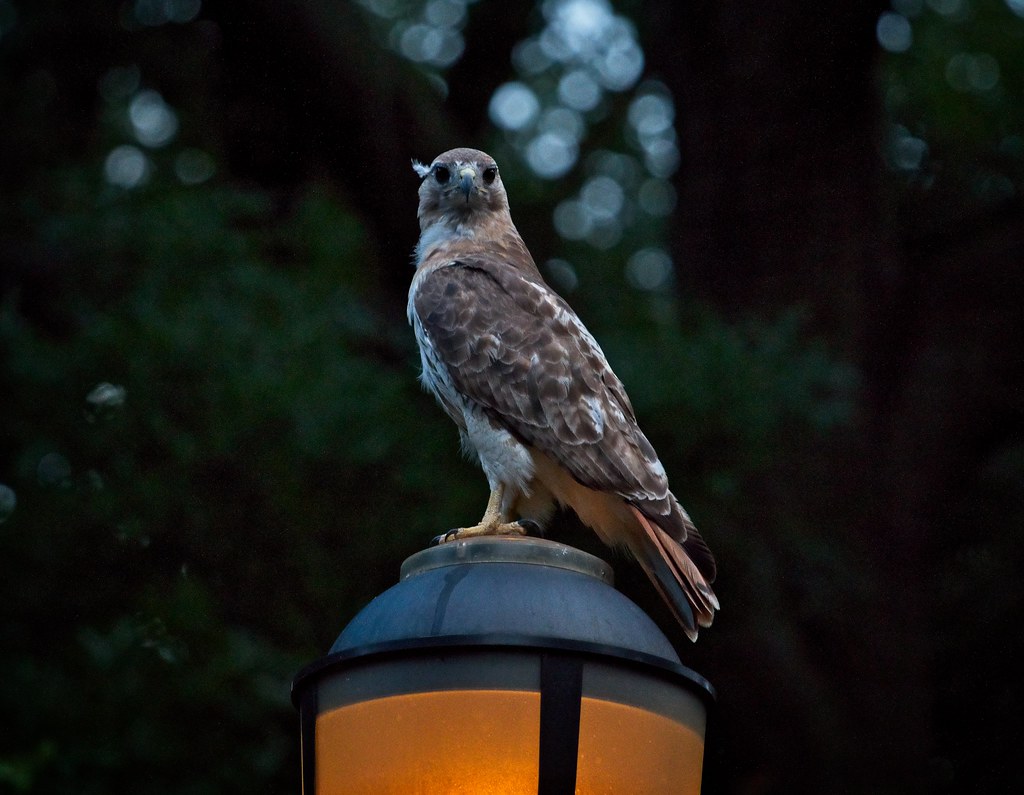 When Christo flies over the park lights in the dark, he looks otherworldly. 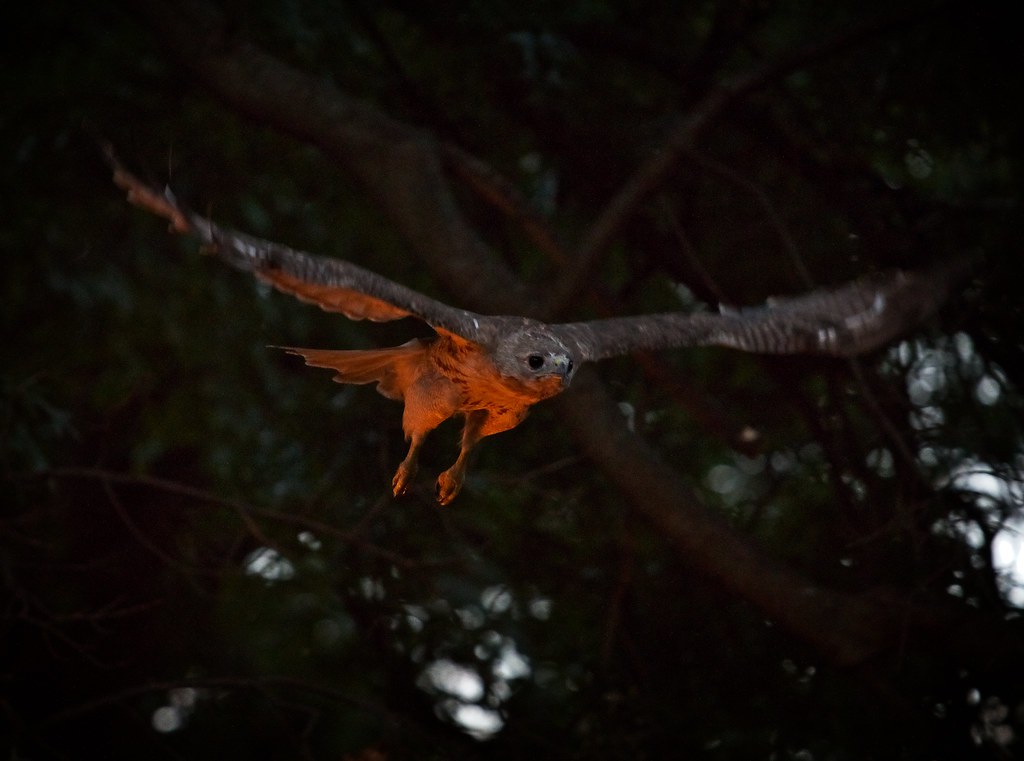 And when Christo ends the rat-hunting day shift, the night heron takes over.