The Tompkins Square Park red-tailed hawk fledgling, who is believed to be suffering from West Nile virus, continues to improve, although he is still not quite right. The good news is he has made it this far, proving he is strong.

The two images below are from September 3 when the hawk was having one of his slow days.  He bathed in the stagnant water on top of the men's room, then rested on the roof for about 20 minutes. 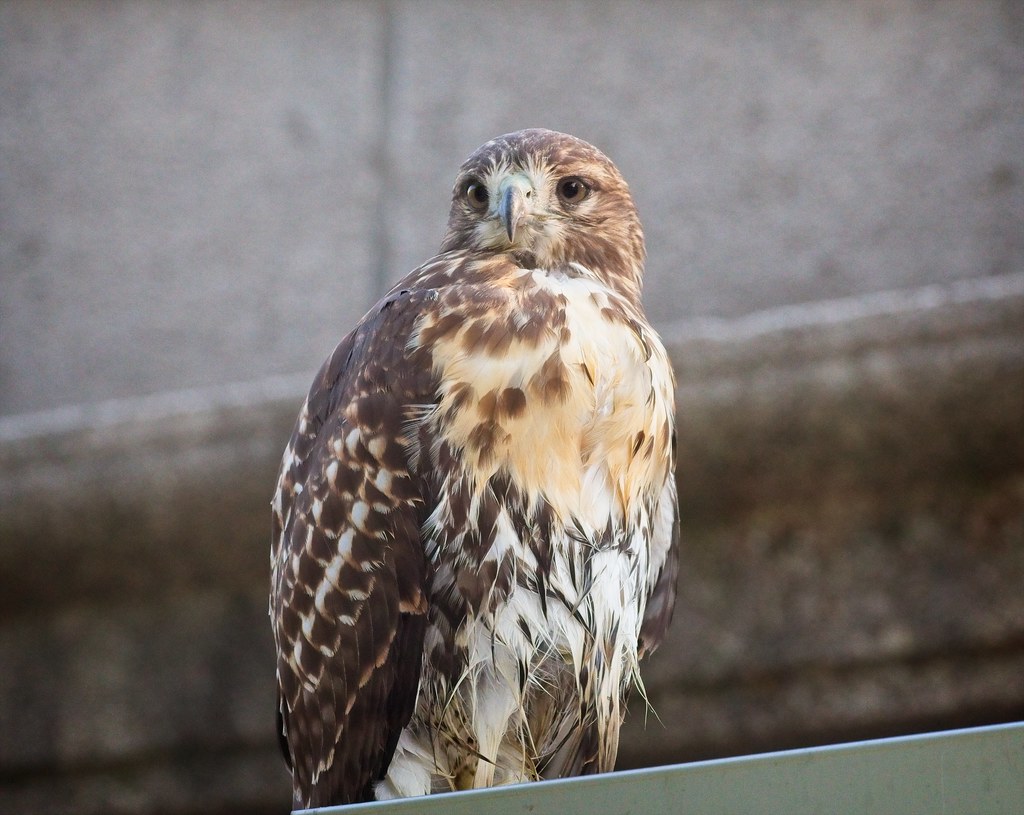 His lack of energy and the way he kept closing one eye were signs he wasn't feeling 100%. 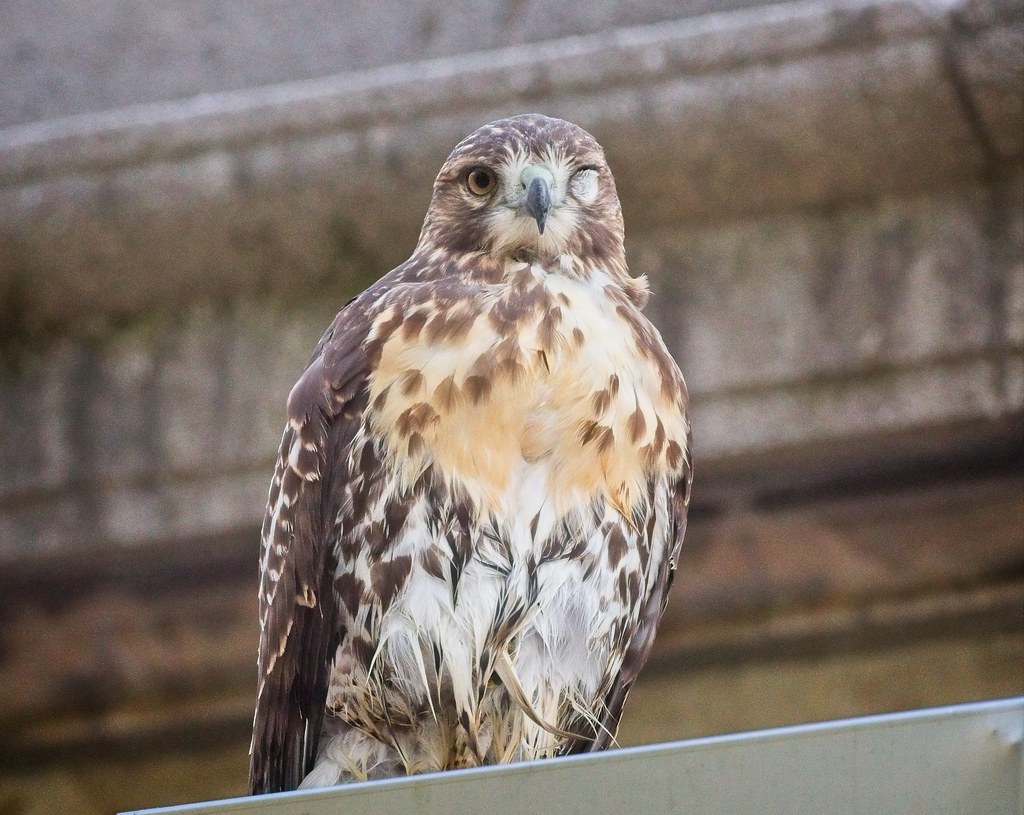 Despite his lethargy, the hawk is still improving, has been hunting, and seems to have a good appetite. Parents, Christo and Amelia, are looking after him and provide him with supplemental food, like this mouse (below) caught by Christo. 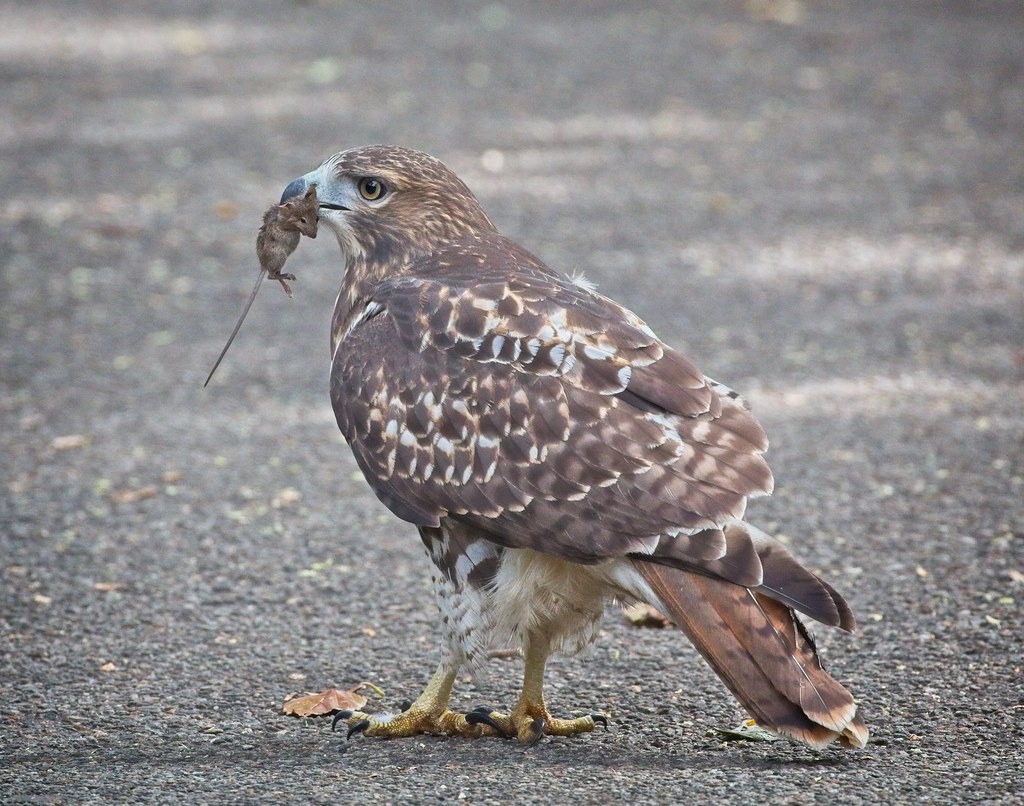 The mouse fell to the ground, so the fledgling had to retrieve it himself. 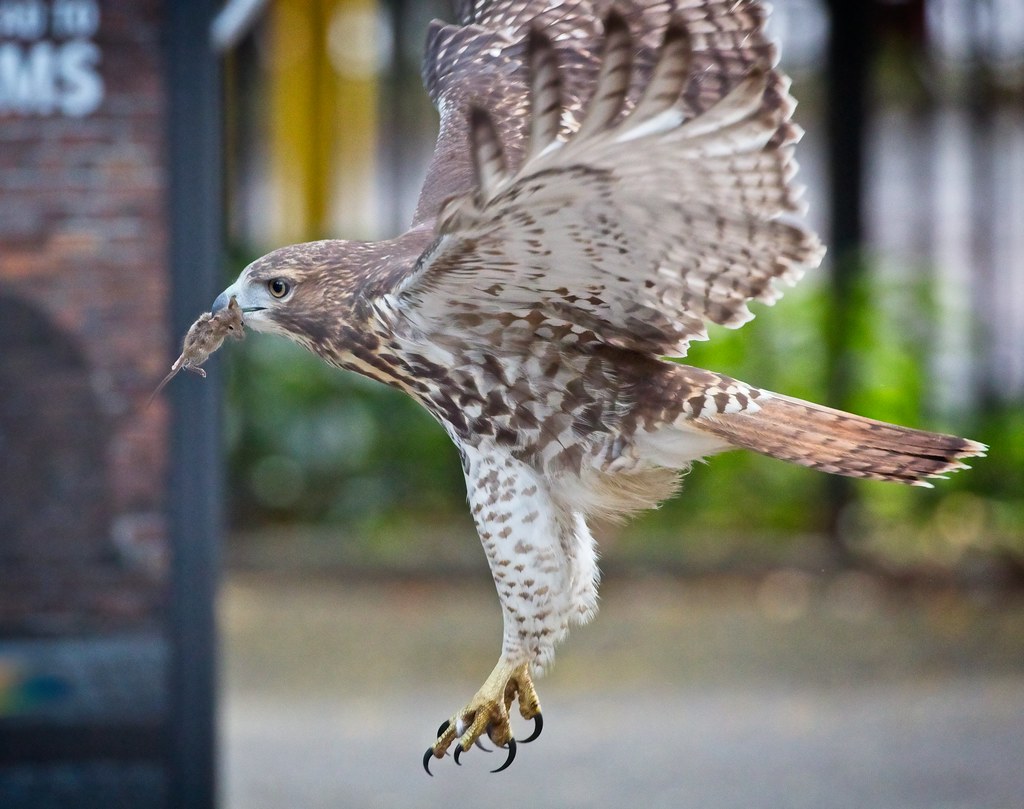 He still prefers low perches like fences and benches, and doesn't seem bothered by the presence of people. 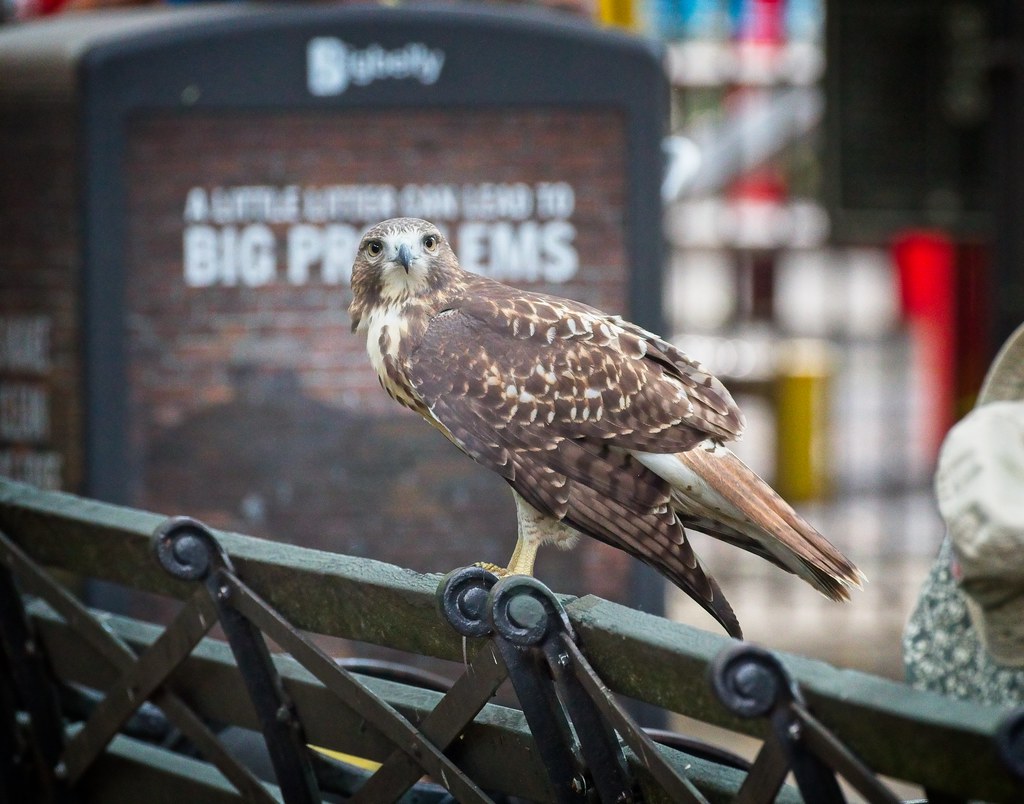 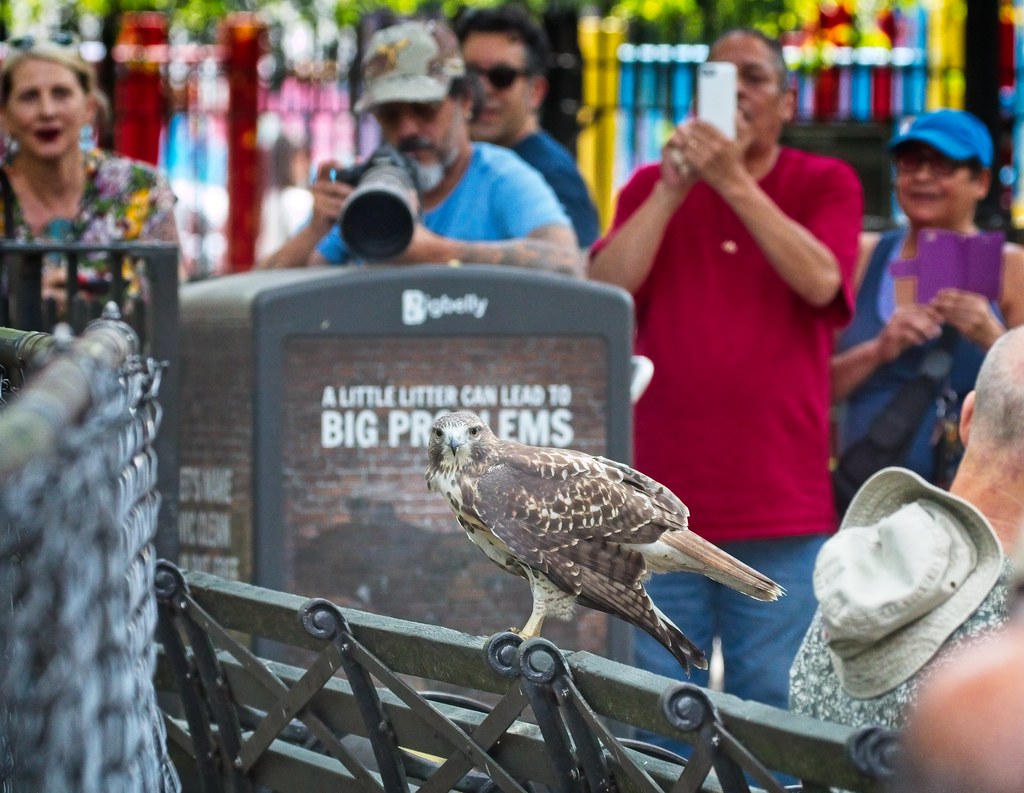 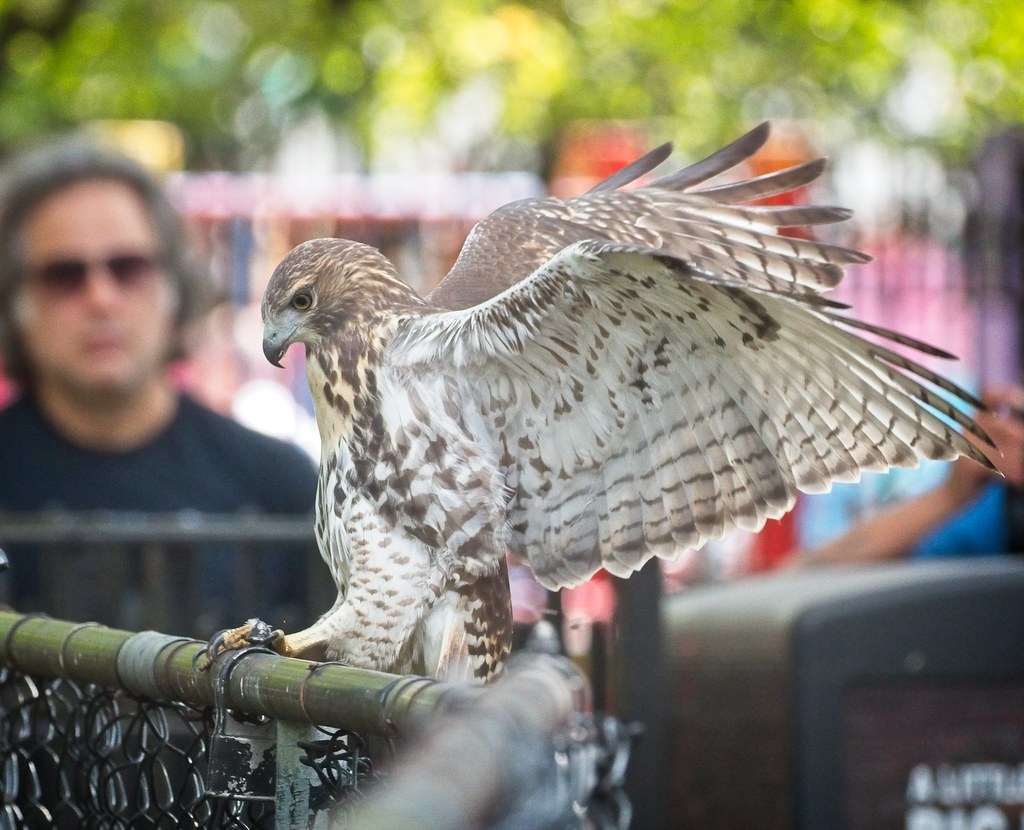 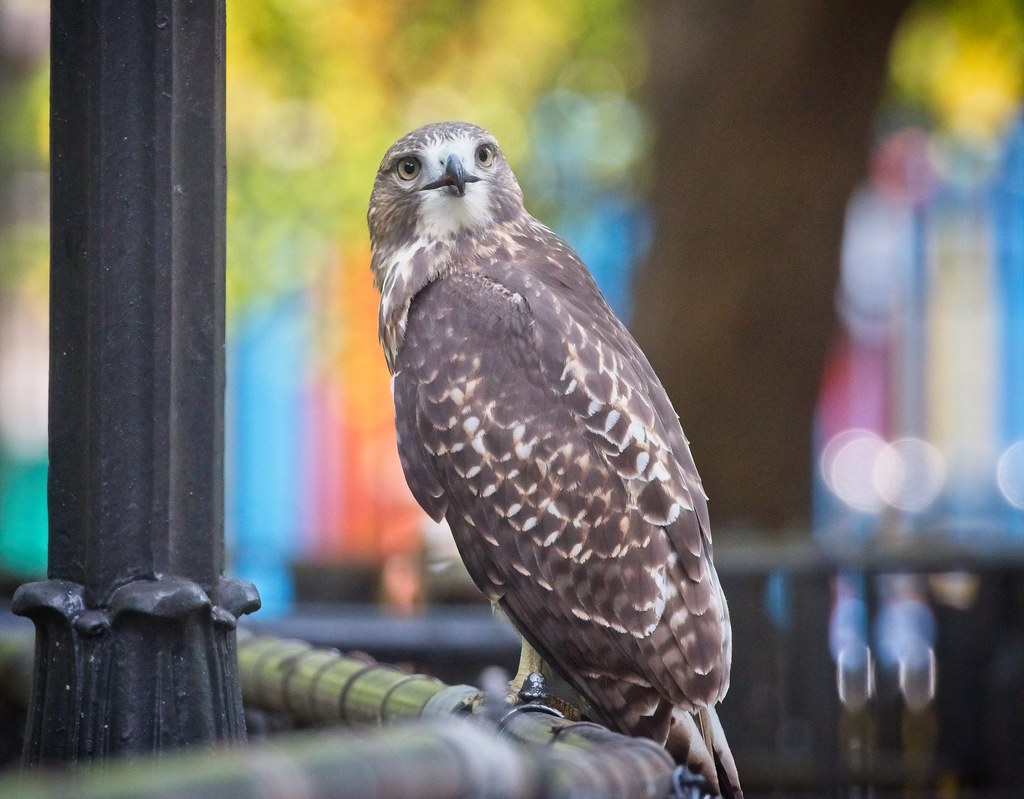 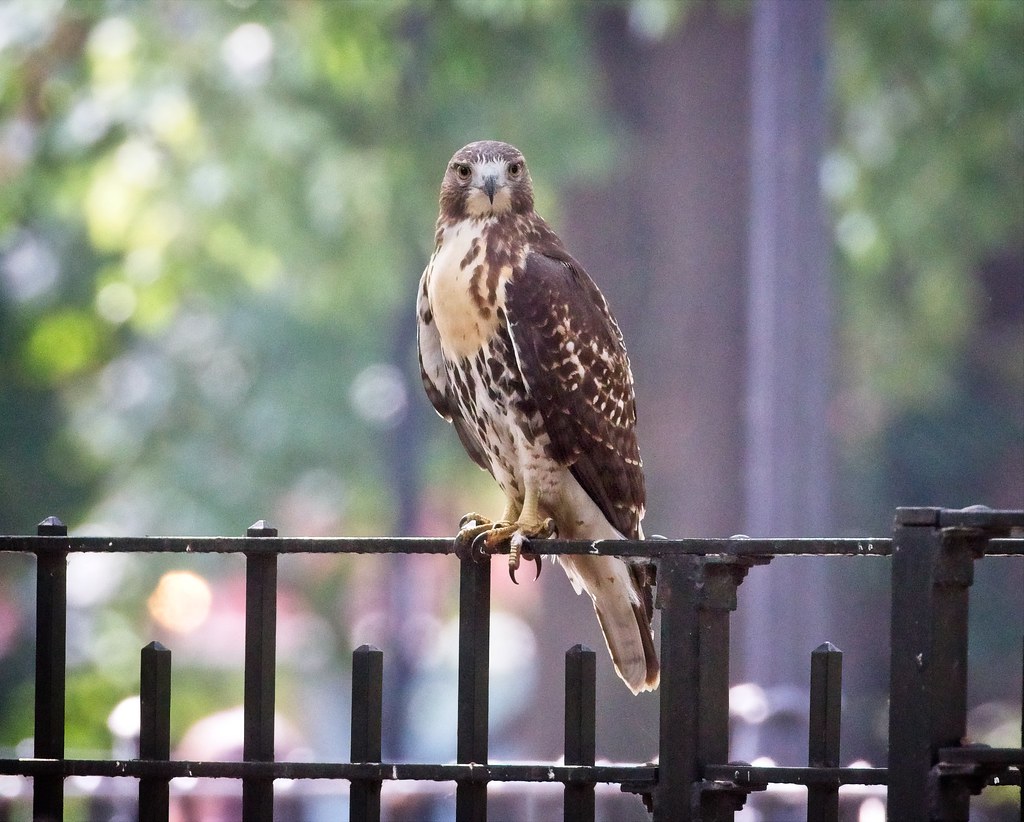 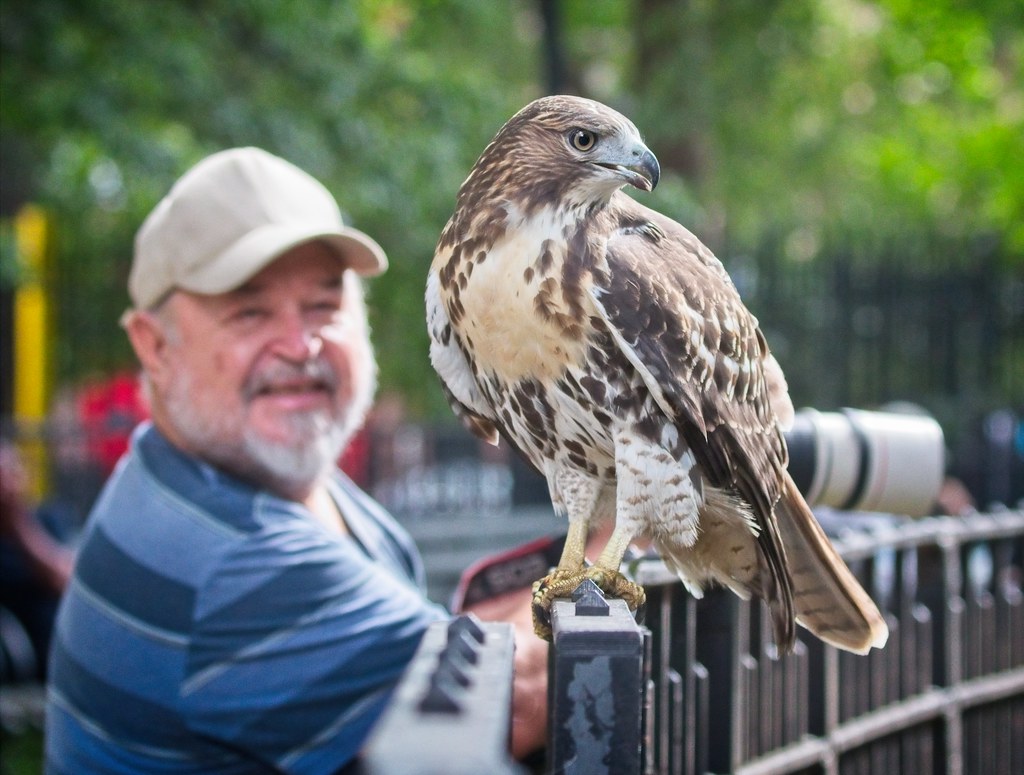 The fledgling is still just a kid, and is often seen sparring with squirrels, who relentlessly taunt him. 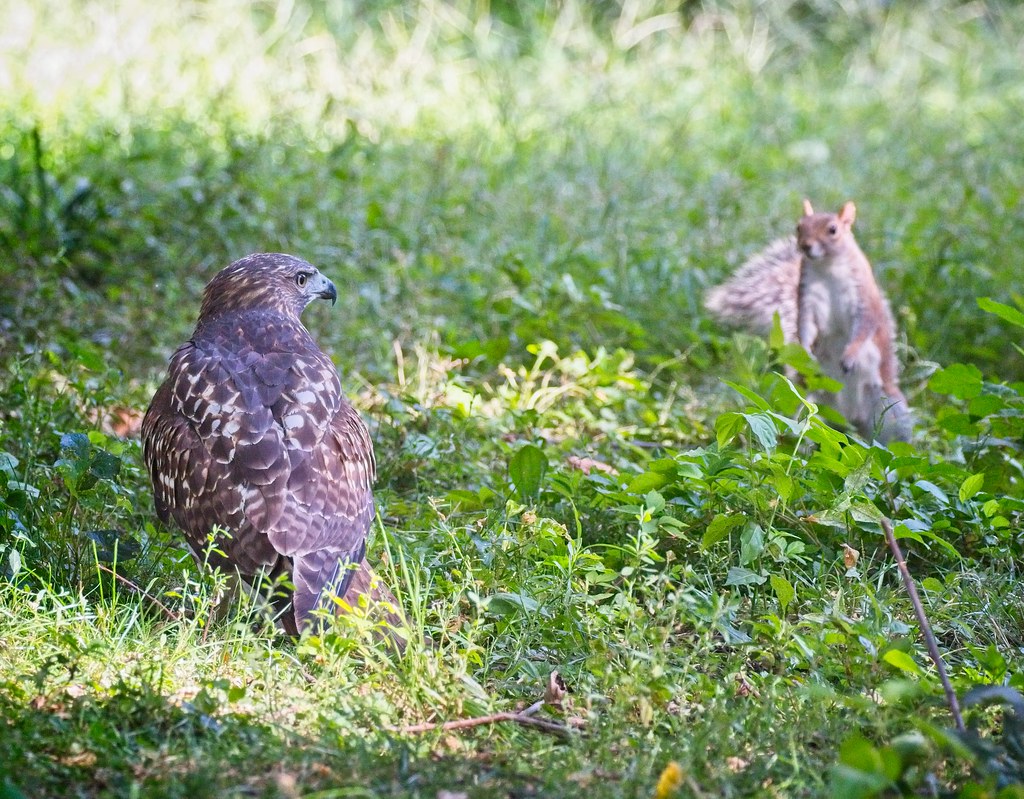 This squirrel is so confident it will get away, it doesn't even drop the acorn in its mouth! 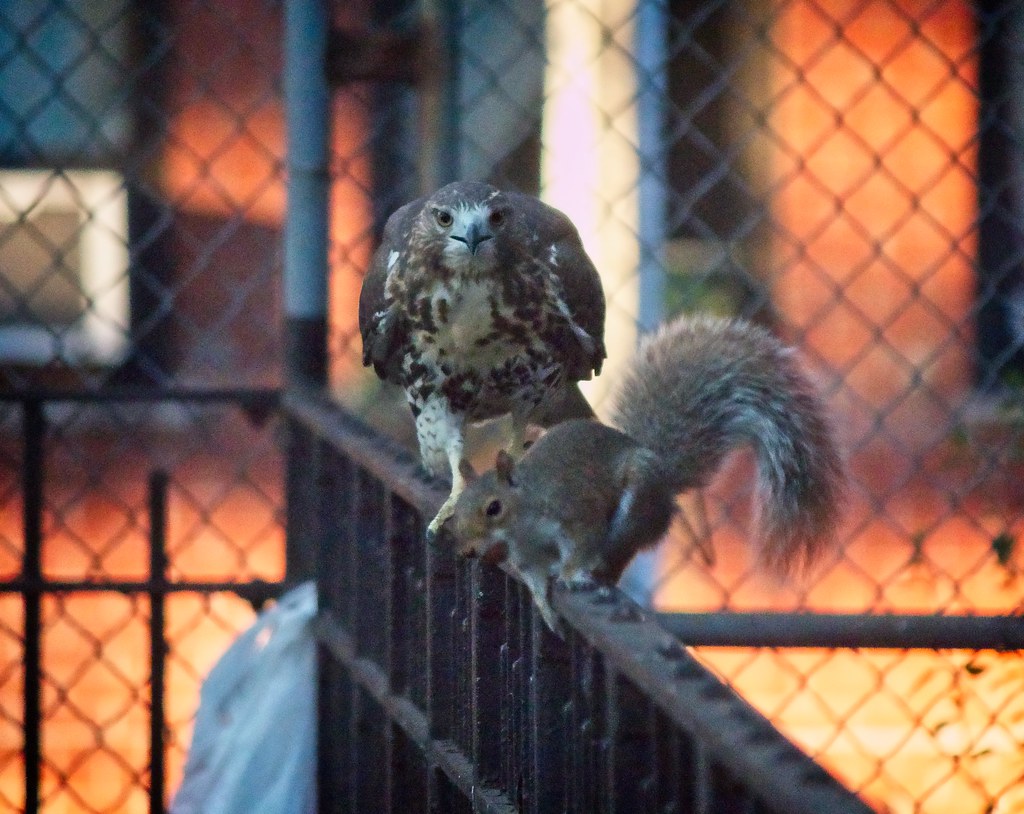 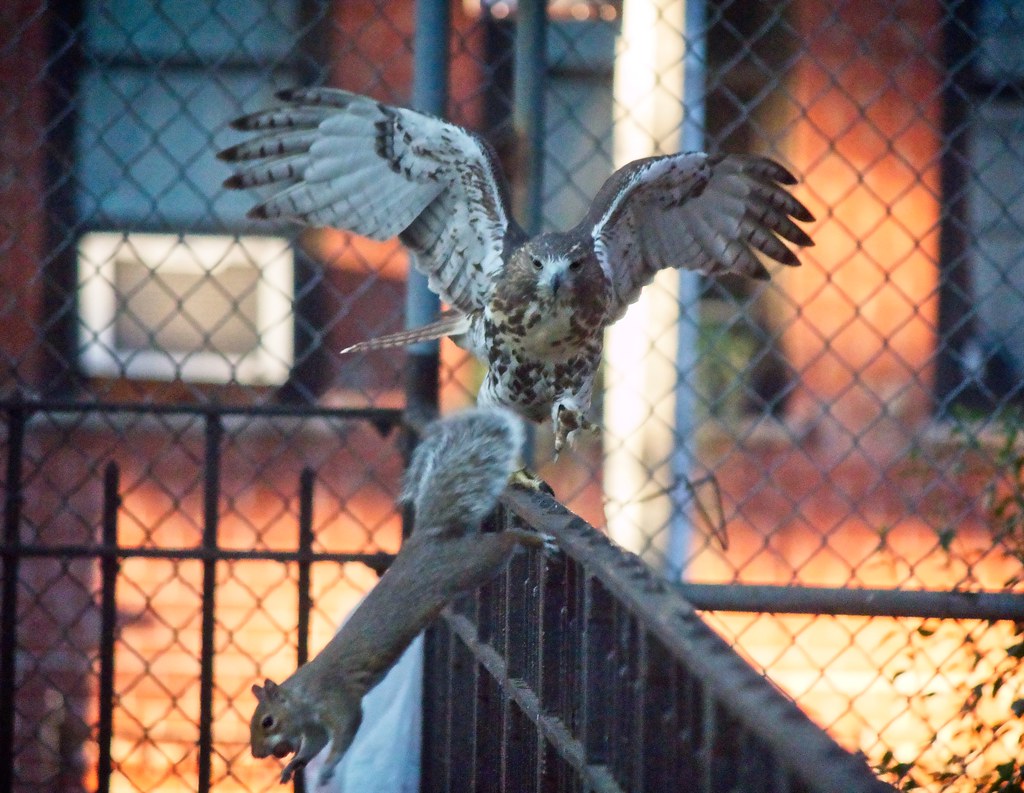 Despite playing around and acting like a toddler, the fledgling is beginning to look like an adult, and I hope he grows into a magnificent raptor. 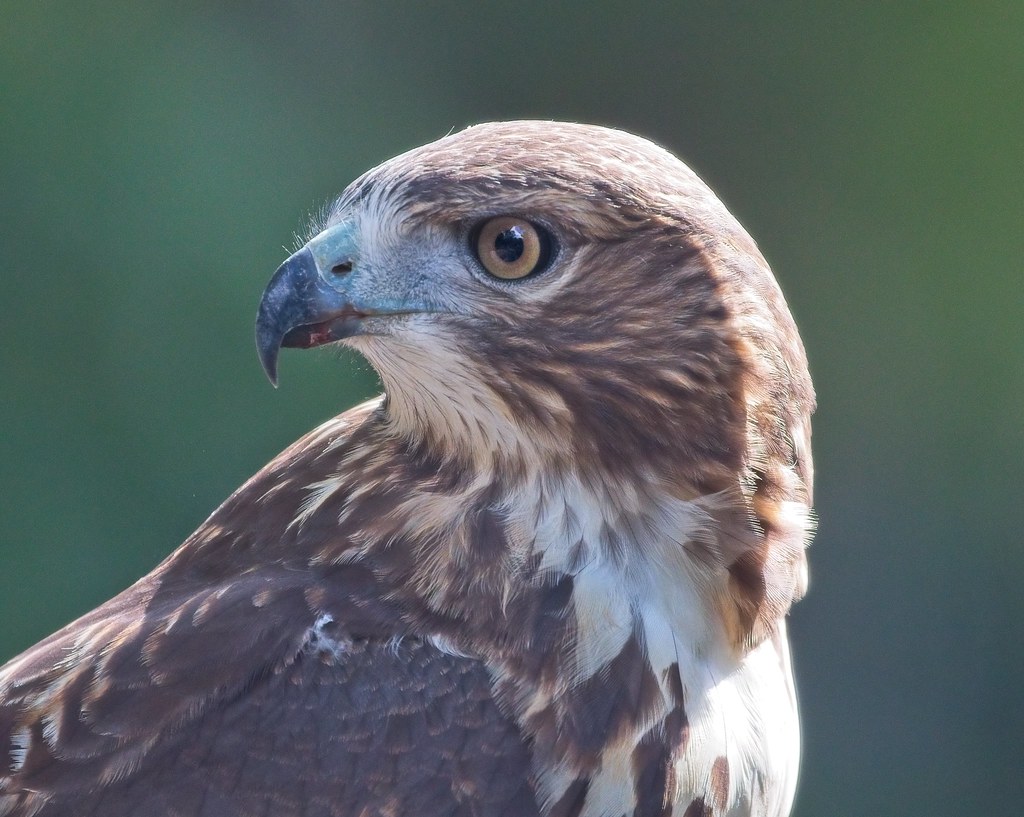