Tompkins red-tail fledgling is still with us

The Tompkins Square Park red-tailed hawk fledgling is still with us as of this fourth week of September, officially making him the first of Christo's kids to stick around this long.  He did hatch a month later than chicks in previous years, and he did have a set-back with illness, but I really didn't think he'd be with us this long.  At this point, every day with him is a bonus. 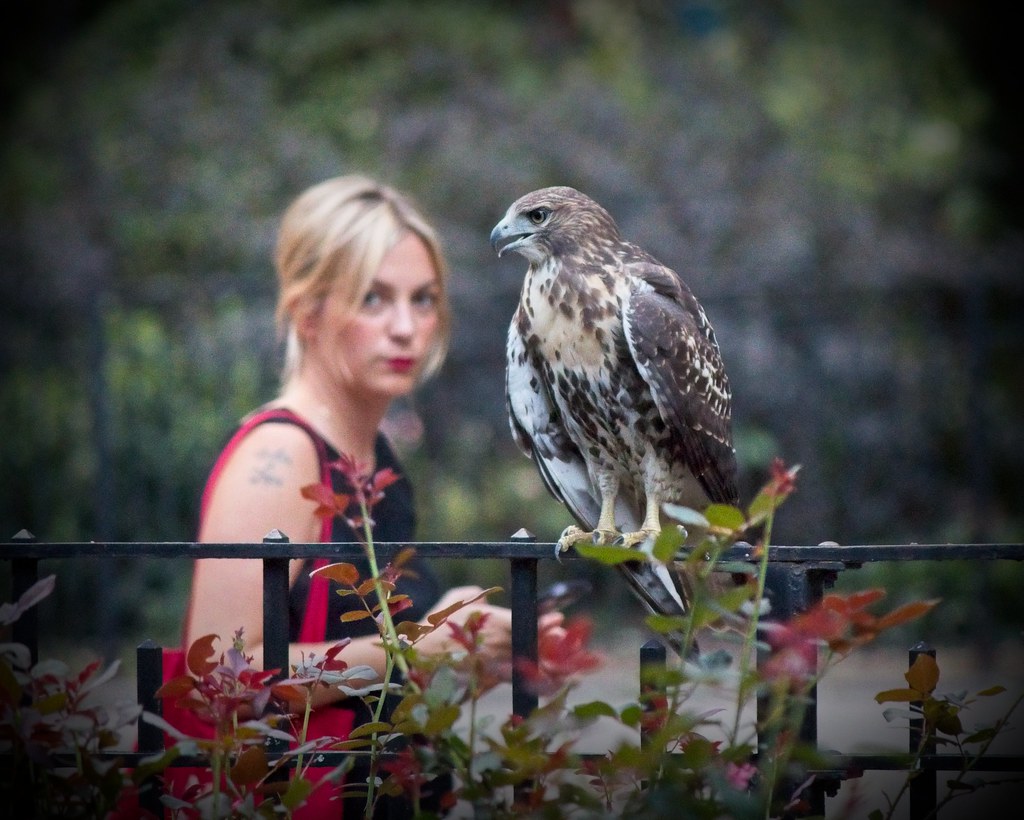 I've seen the fledgling perched on the cross of St Nicholas of Myra church at Avenue A and 10th Street, and eating lunch with mom Amelia on the roof above Mast Books on Avenue A and 5th Street, but I don't know if he's ventured much further from the park than that. He still seems perfectly happy to stay in the park where he continues to entertain his adoring fans. 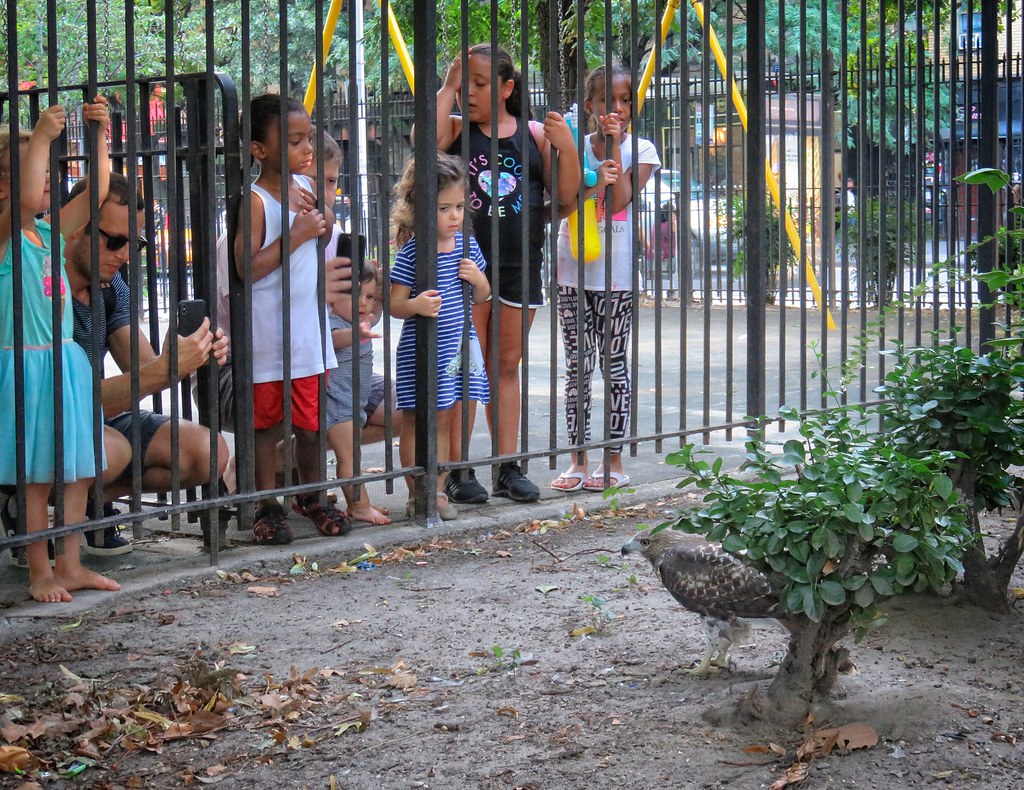 I caught him perched on the cellphone transmitters on the roof of the park bathrooms the other day just after he'd had a bath. 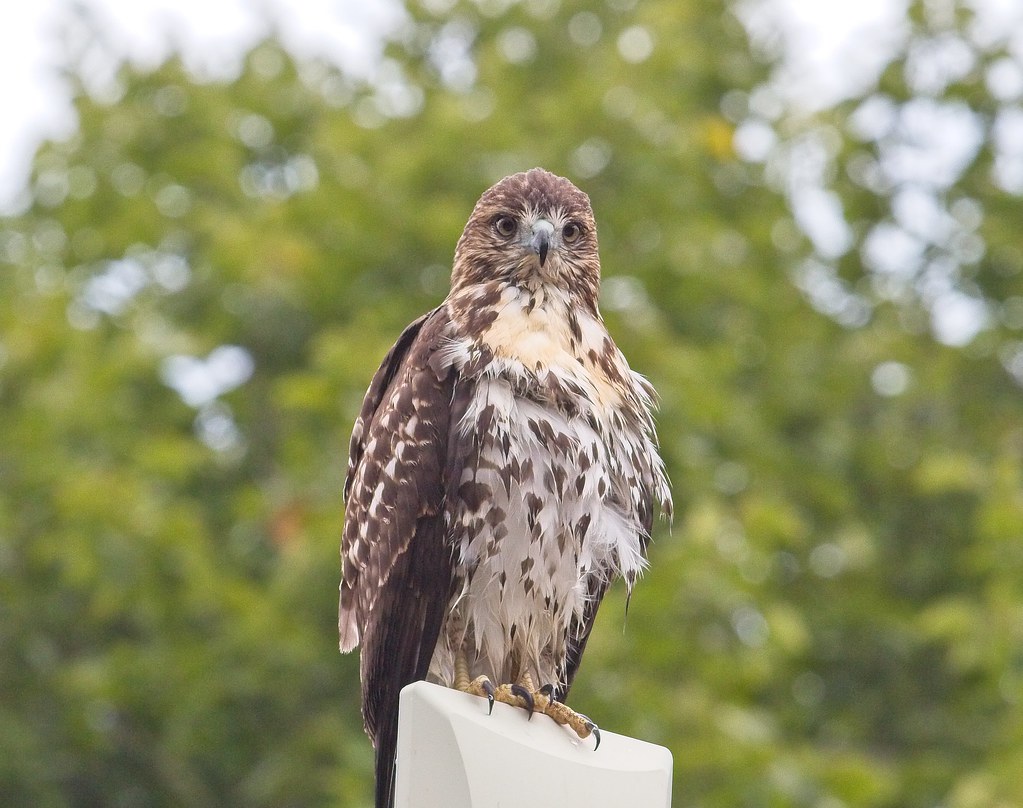 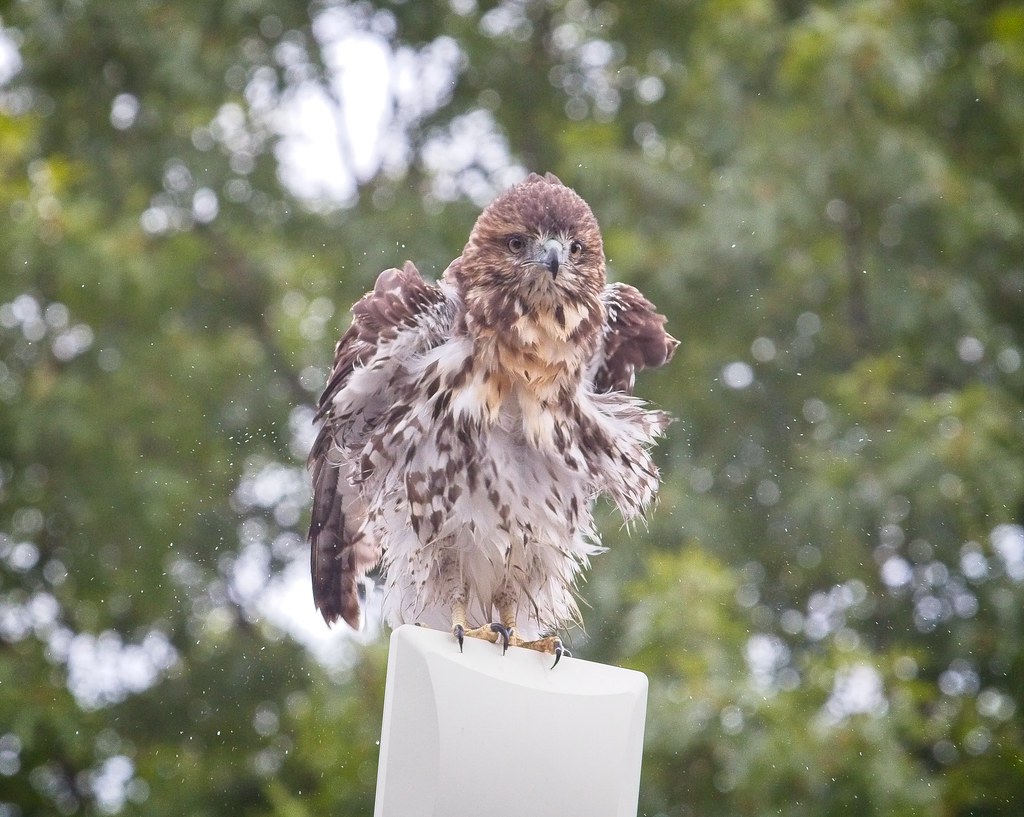 The park squirrels continue to bully and intimidate the young hawk, but one of them finally suffered the consequences and became a meal. 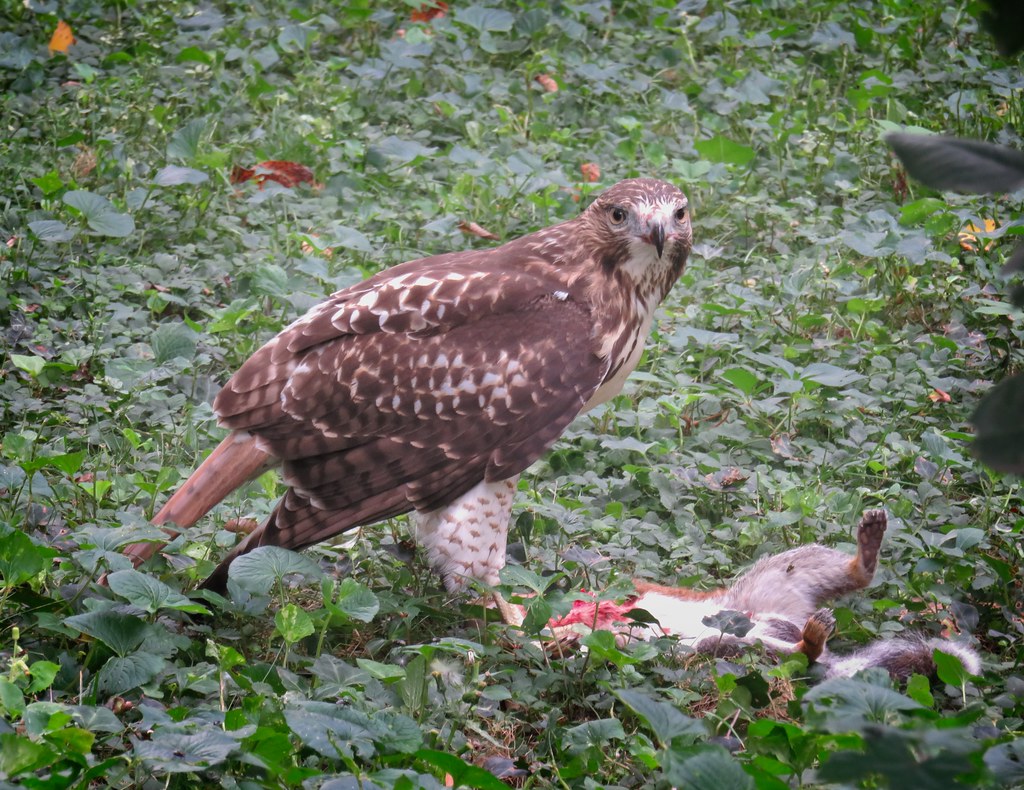 On Monday, I watched as the fledgling caught a monster rat near the basketball courts. 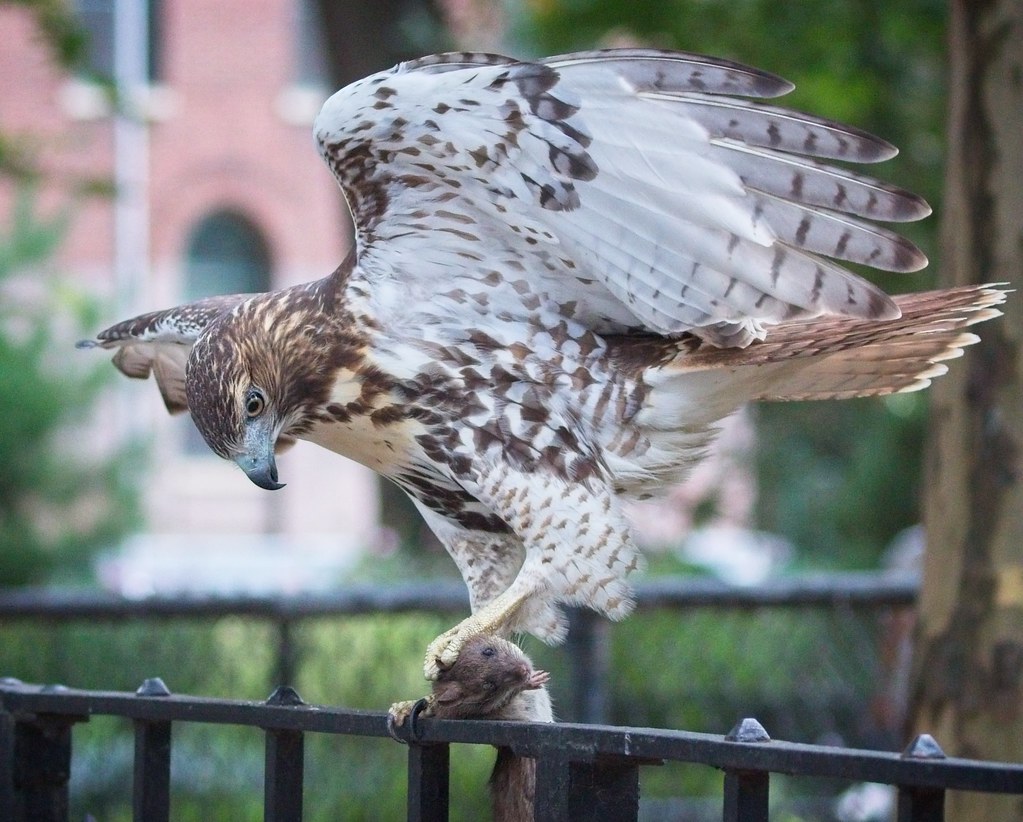 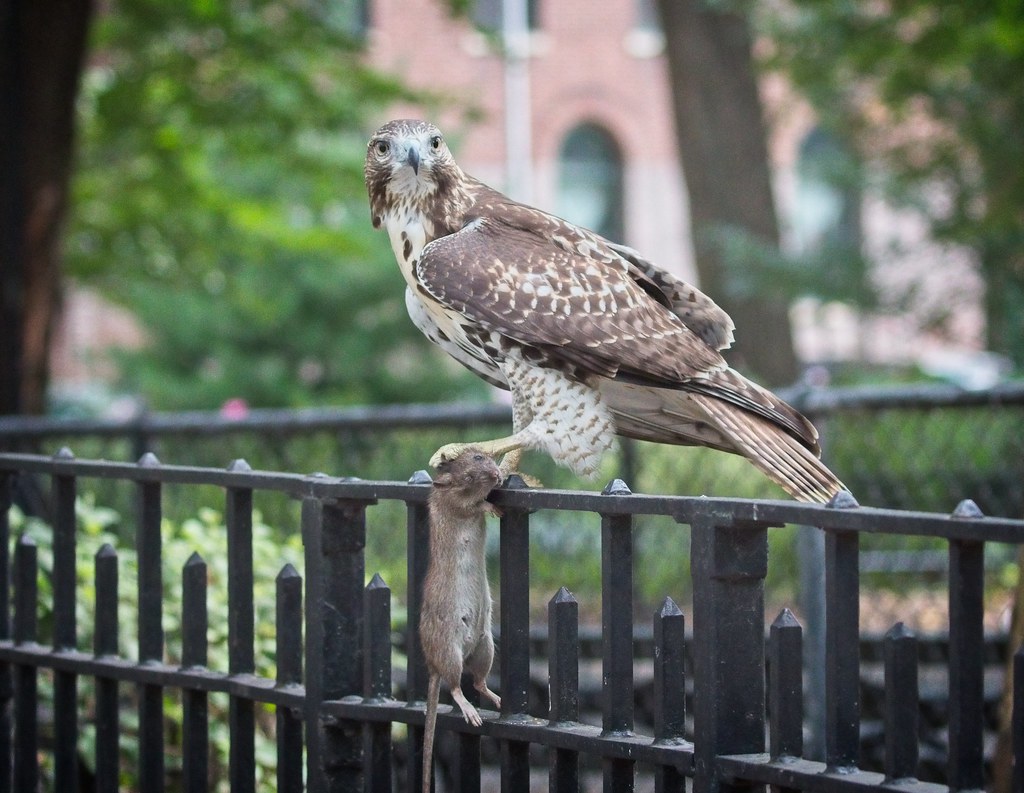 The rat put up a struggle, but this was the fatal bite to the neck. 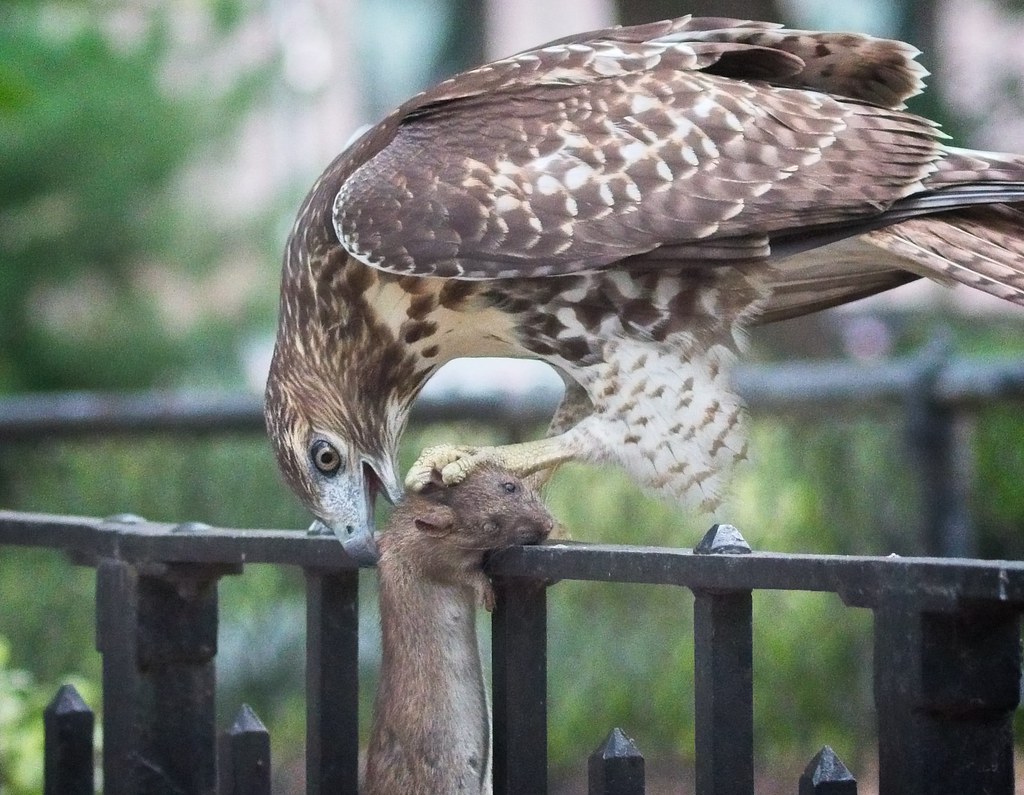 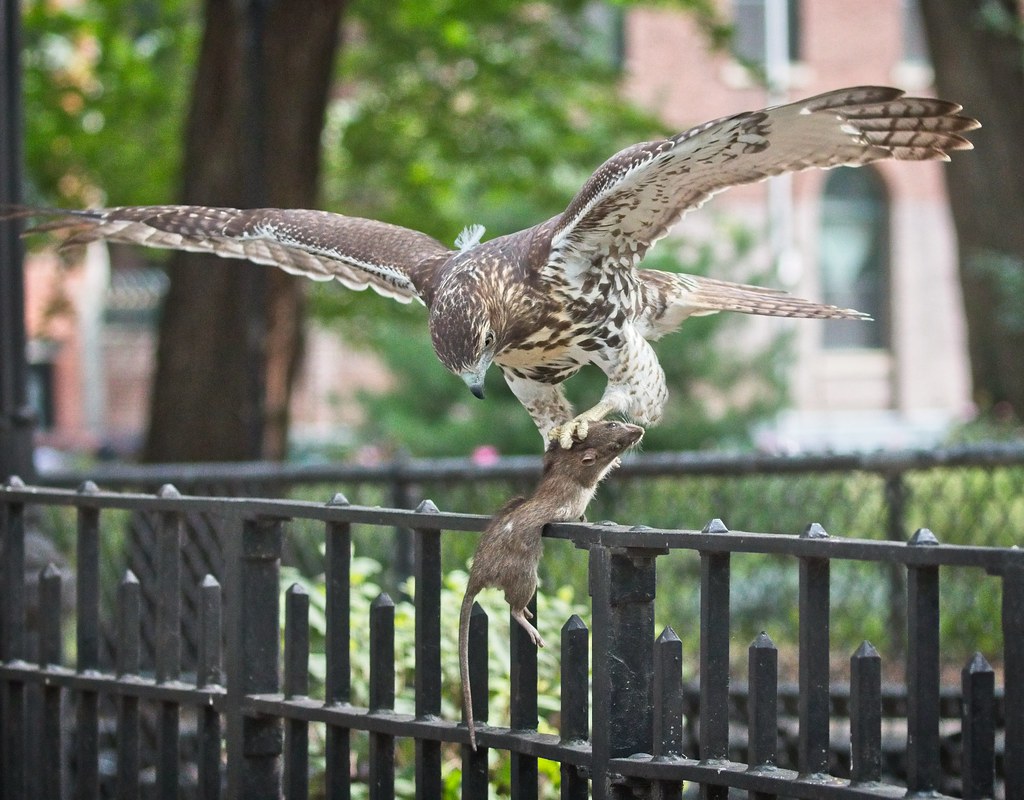 The hawk experienced some difficulties lifting his heavy catch, but he managed to take off and carry it to a nearby tree. 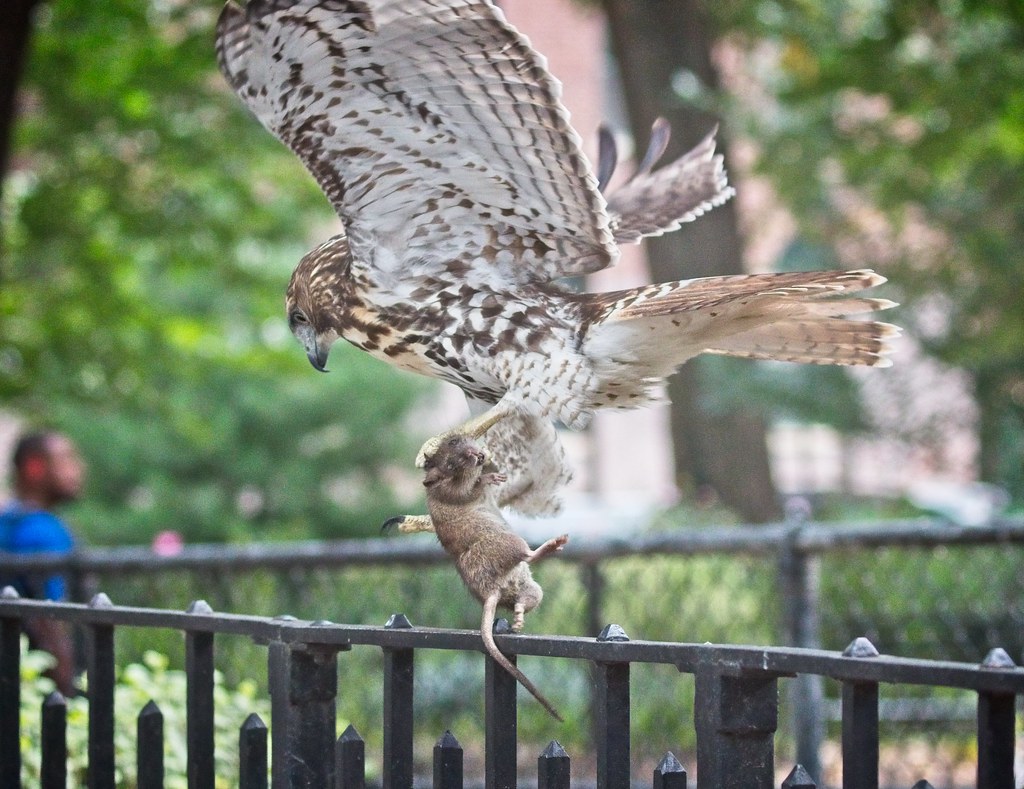 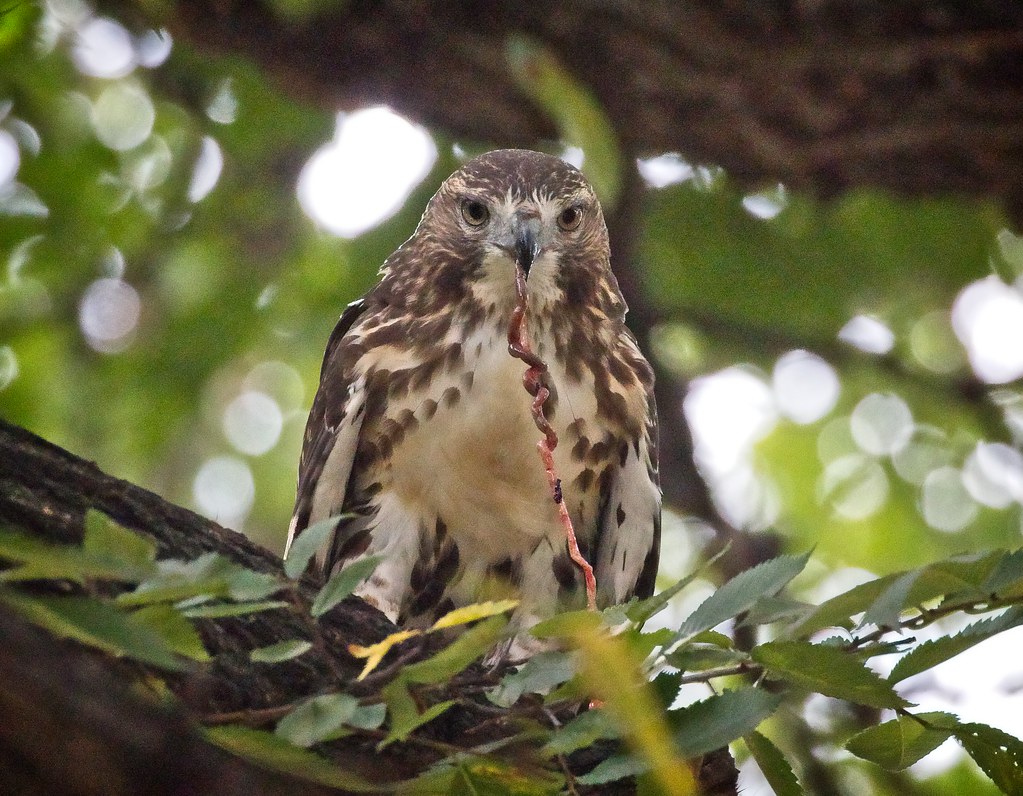 Apparently the giant rat wasn't enough, because after eating, the fledgling went and caught himself a second one. He's doing very well catching prey. 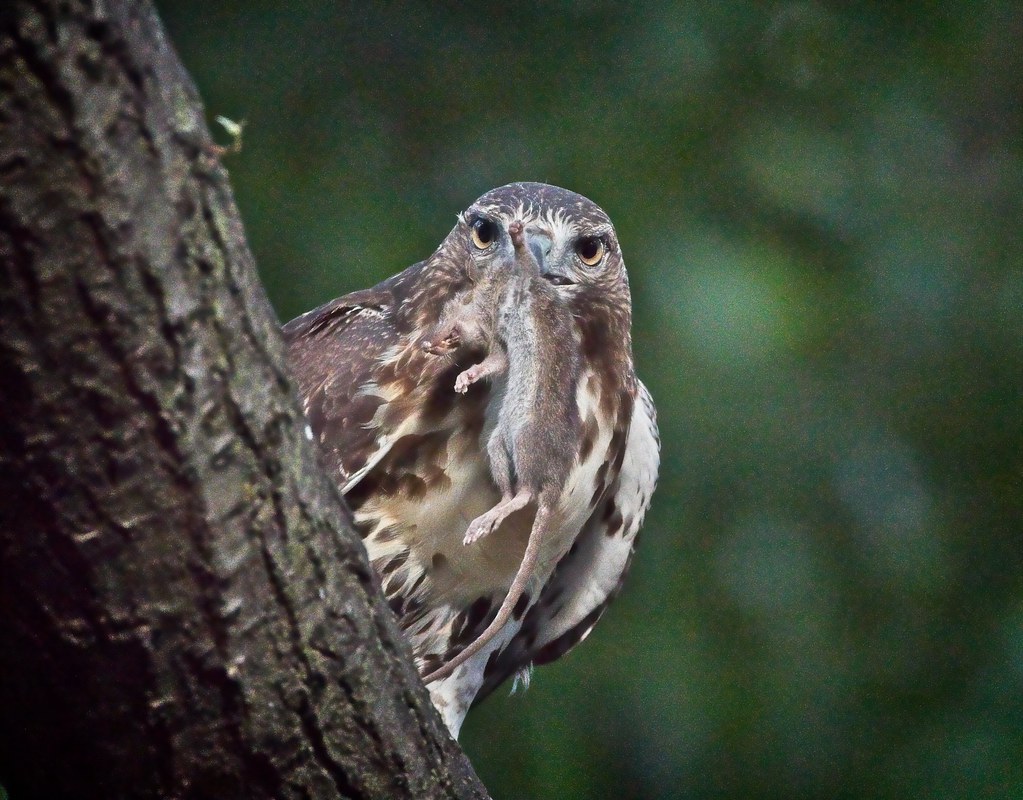 The hawk is still very much a kid and plays with his food.  Below, he chest-bumps a mouse before eating it. 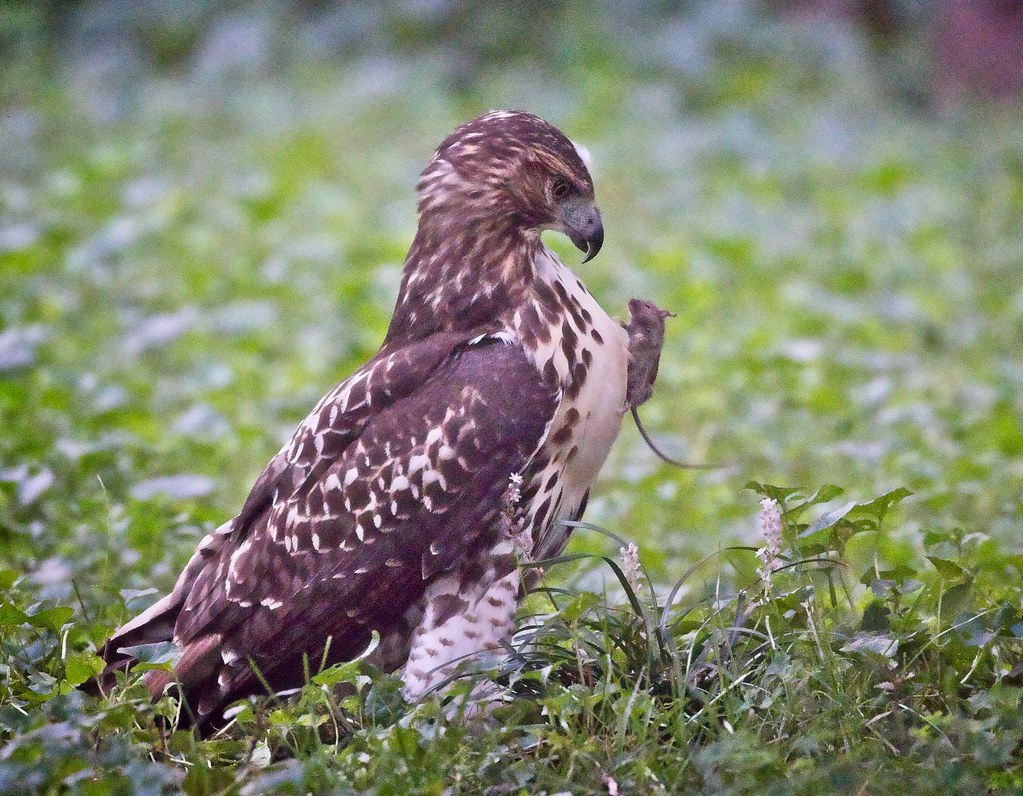 I have no idea how long the fledgling will stick around the park, but I hope he stays as long as possible.  He's become a familiar and joyful fixture there, and makes so many people happy.