On a recent trip to Florida, I was fortunate enough to catch sight of an immature Krider's red-tailed hawk. This is a subspecies of the Eastern red-tail, although there seems to be some disagreement over whether it is a true subspecies or not.

Regardless, this hawk was striking as it had a very pale head and almost pure white body. 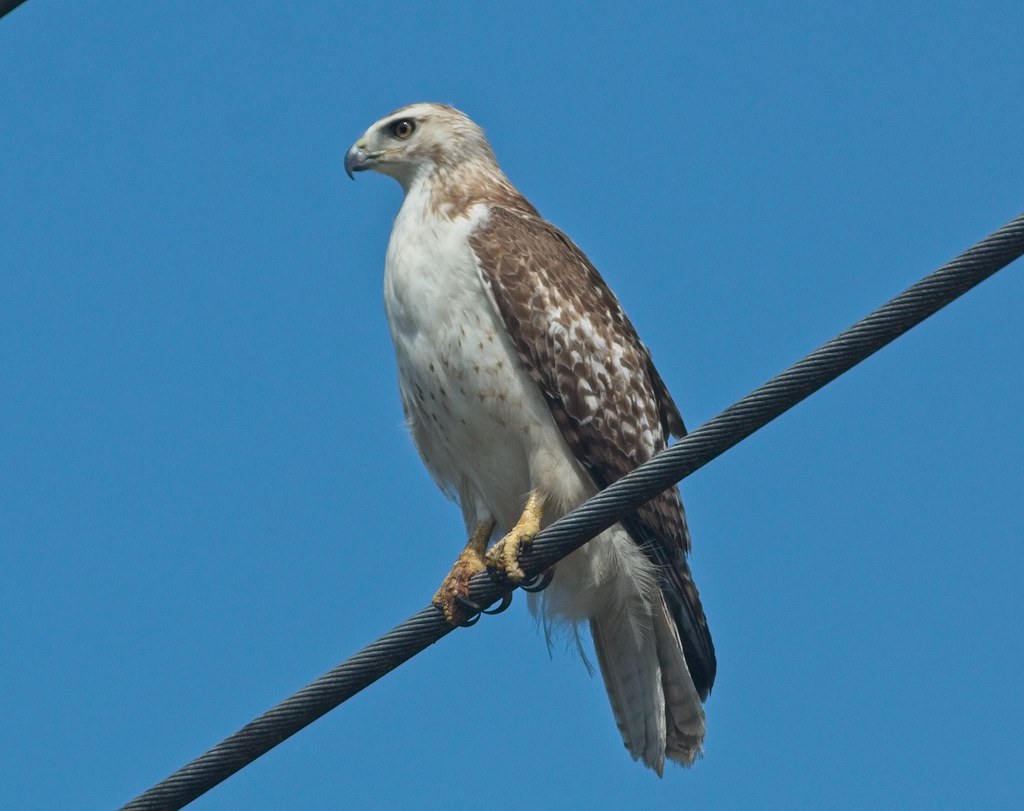 For comparison, below is a photo of an immature red-tail photographed last year in Tompkins Square Park. Note the dark brown belly band, brown head and brown speckles on the legs. These are the hawks we usually see here in NYC. 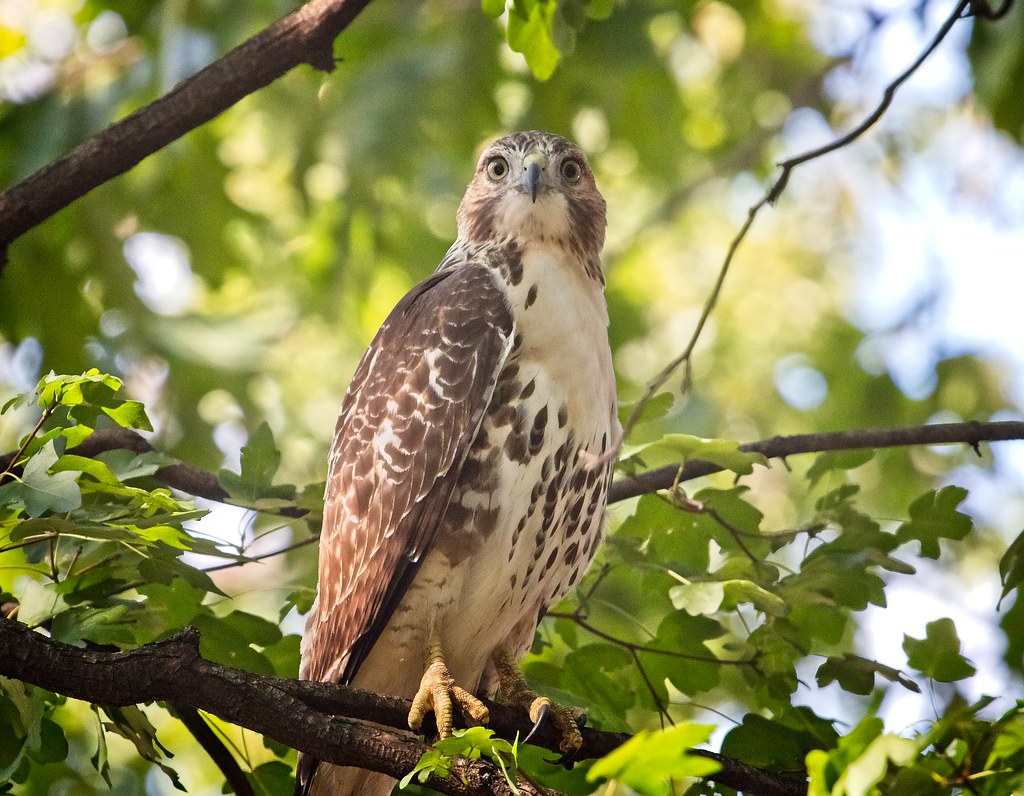 The Krider's tail feathers had four dark brown bands at the outer ends and a pale cocoa base. I was unable to get a photo of the hawk's back as it flew away, but it had a butterfly-shaped white pattern across the wings. 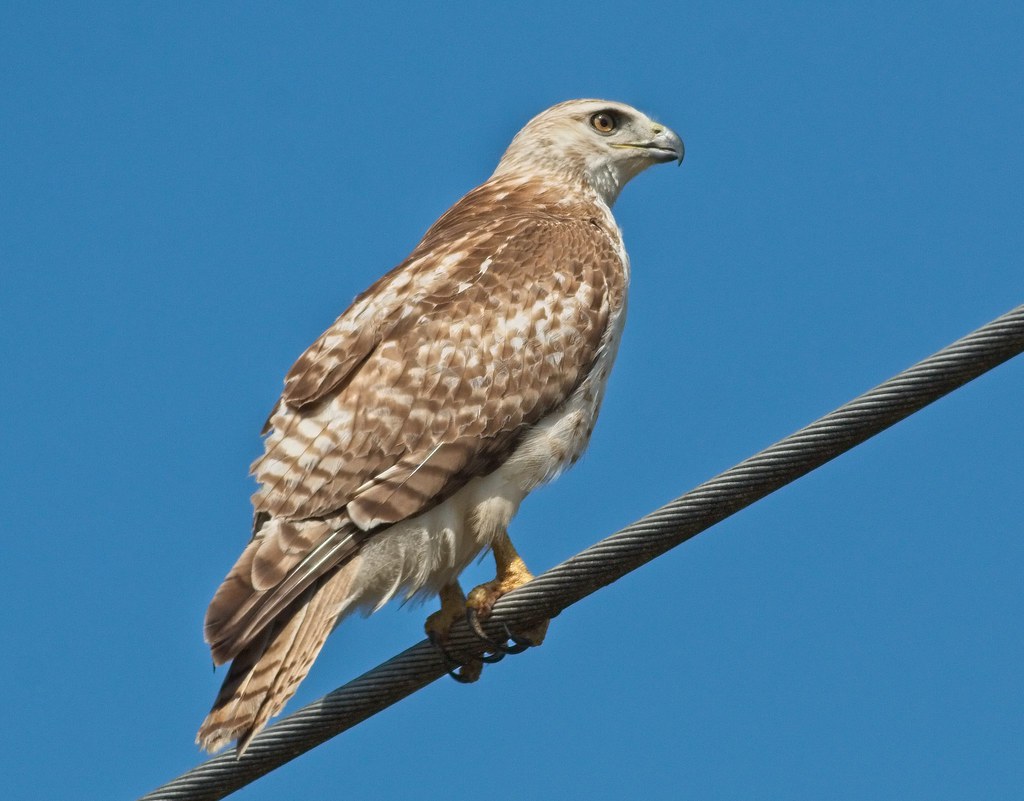 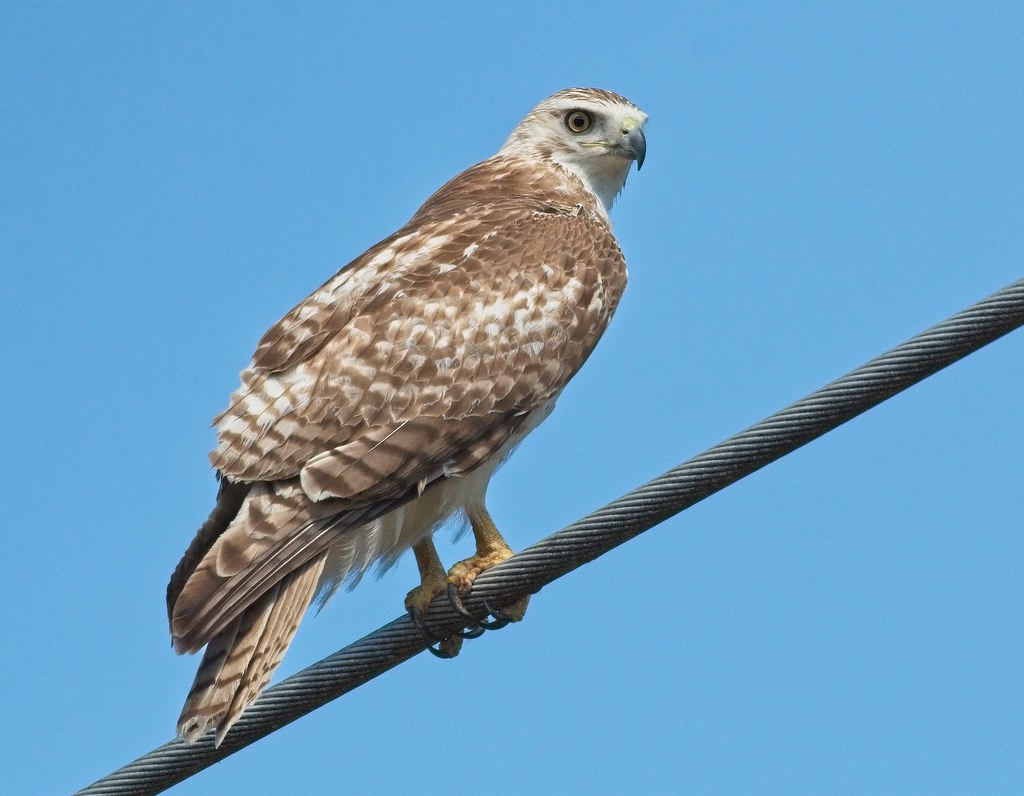 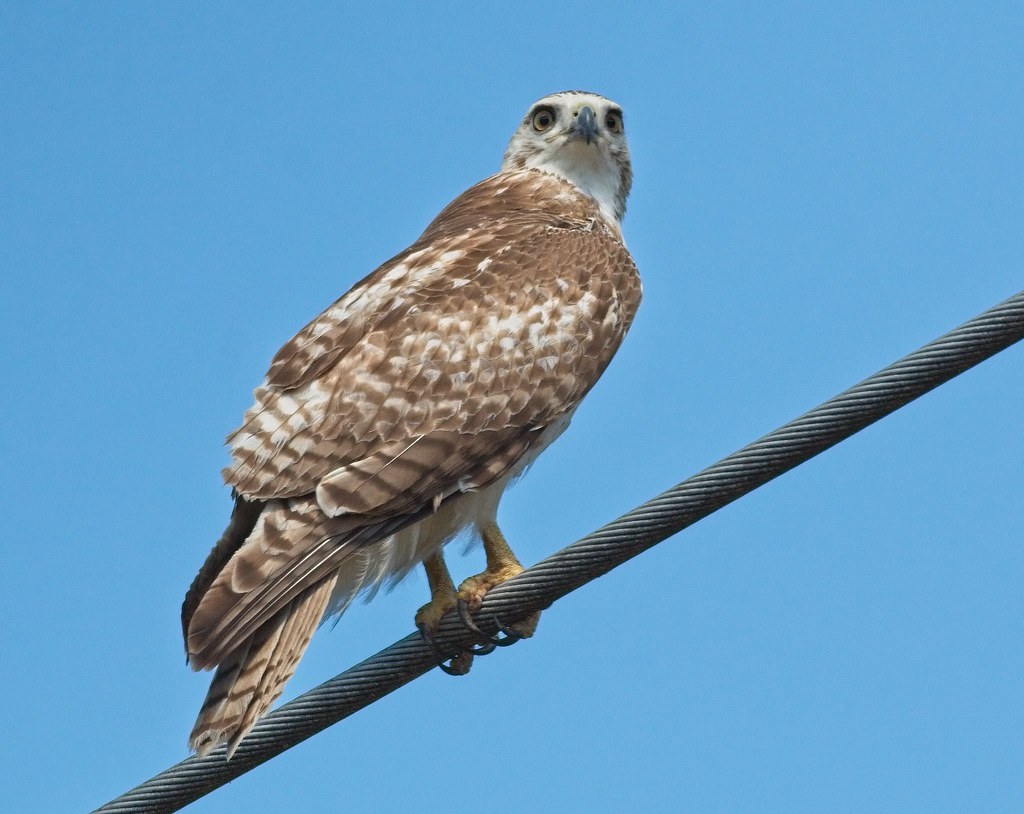 The hawk was seen along Highway 98 near the Lower Waccasassa Conservation Area. Thank you to my companion who spun the car around and doubled back so we could get a closer look. This was a thrill to see!