In November, I visited St. Marks Wildlife Refuge in northwest Florida and was stunned to find this male Vermilion Flycatcher. 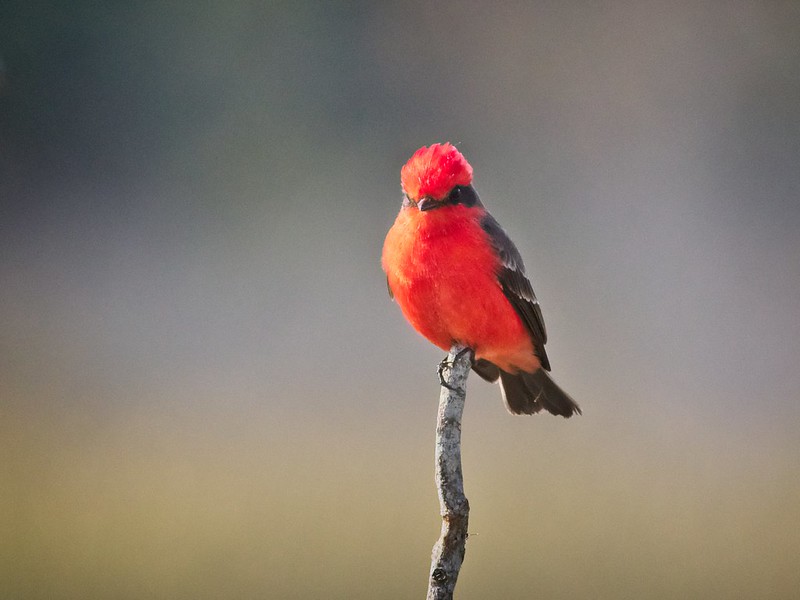 I first visited the wildlife refuge back in February and also saw a male Vermilion Flycatcher. Could this be the same individual nine months later? It's possible, but I can't say for sure. 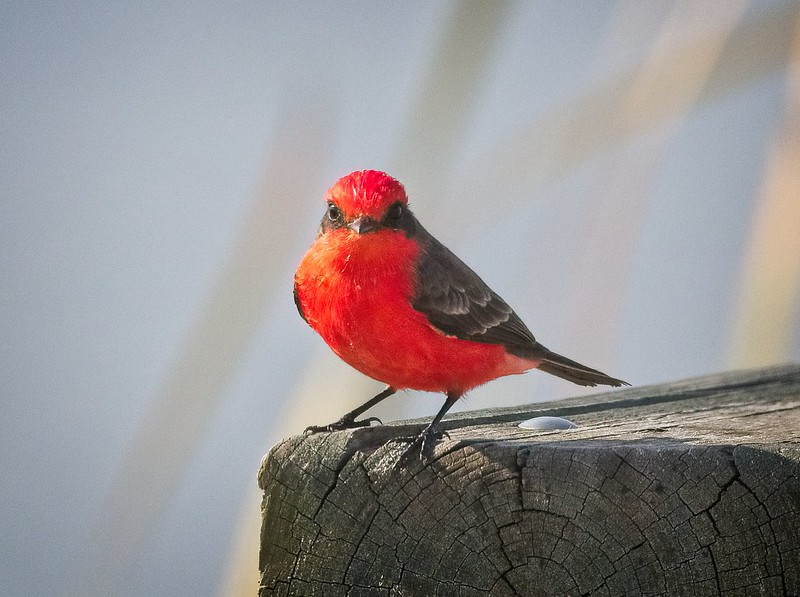 Ebird stats show a Vermilion Flycatcher occurring at this location regularly October through March, so either the same male over-winters there, or this is a popular spot for them to visit. This video shows one at the same spot in the refuge in November 2017. 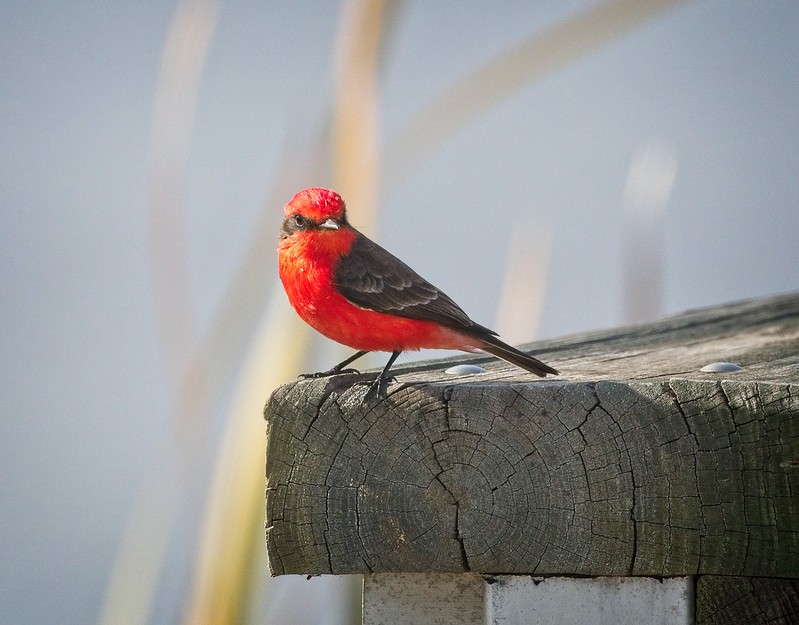 I'd like to believe it's the same bird as he appears alone, and has been found in the same small area of the 80,000 acre refuge. 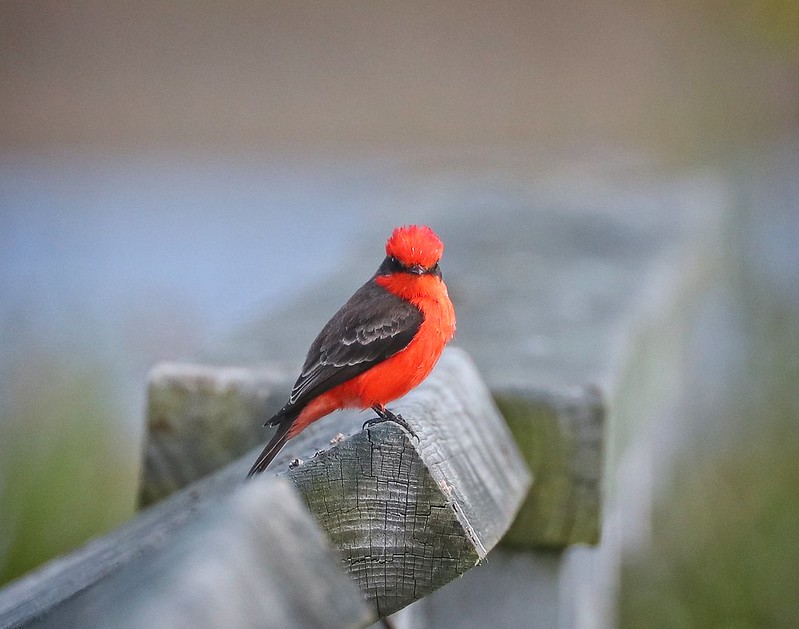 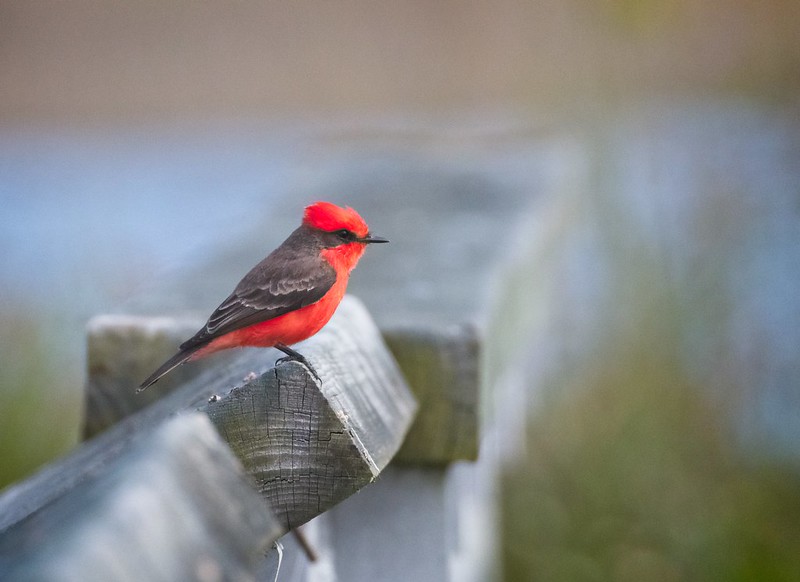 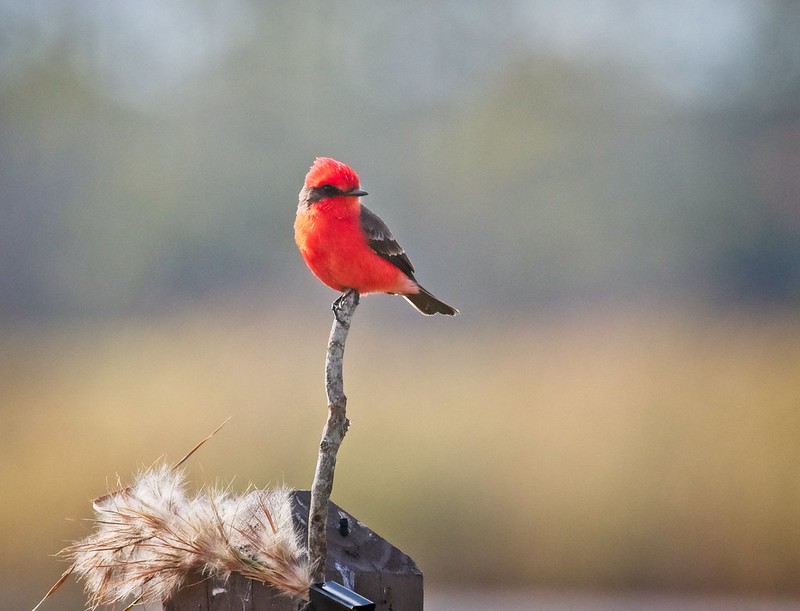 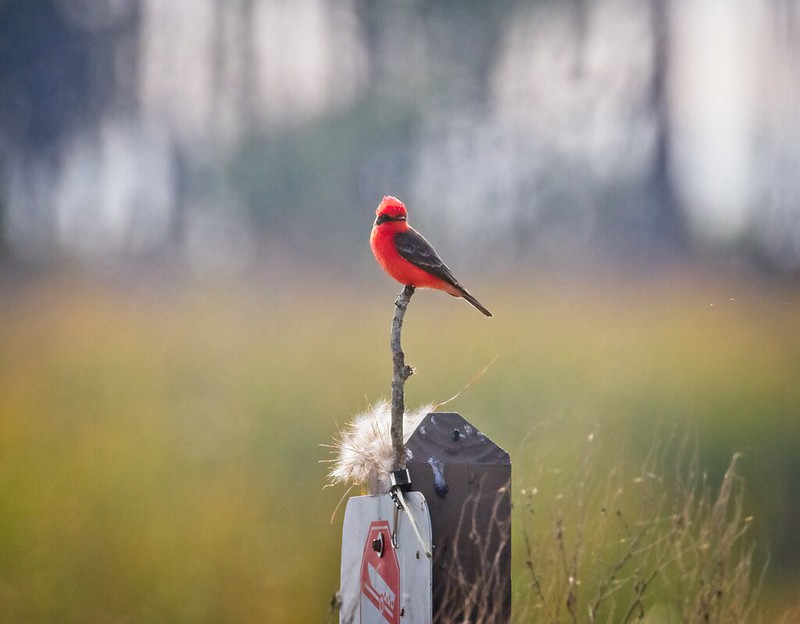 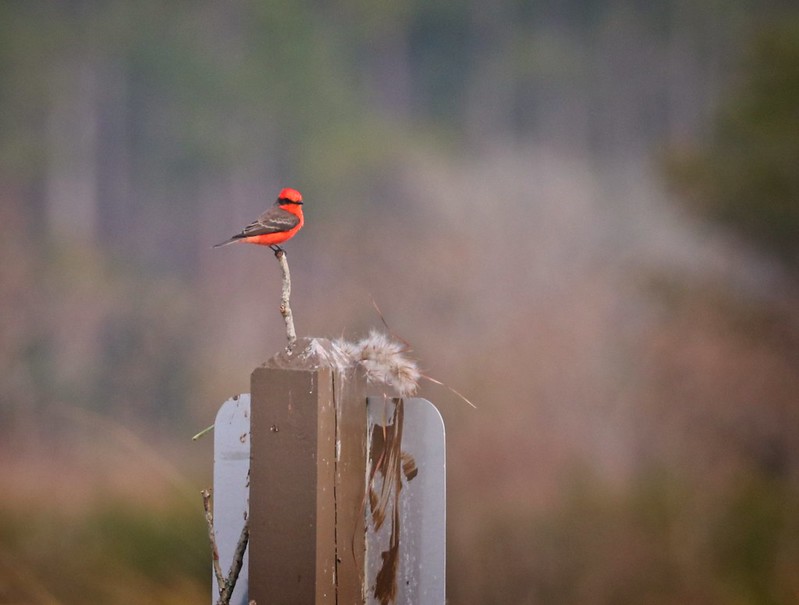 Whether or not he is the same bird seen last spring is up for debate, but either way, I'm really excited to have seen a Vermilion Flycatcher twice in the same area.
Posted by Laura Goggin Photography at 7:13 PM