Late Sunday afternoon, I found red-tailed hawk Amelia munching on the remains of a pigeon in Tompkins Square Park. 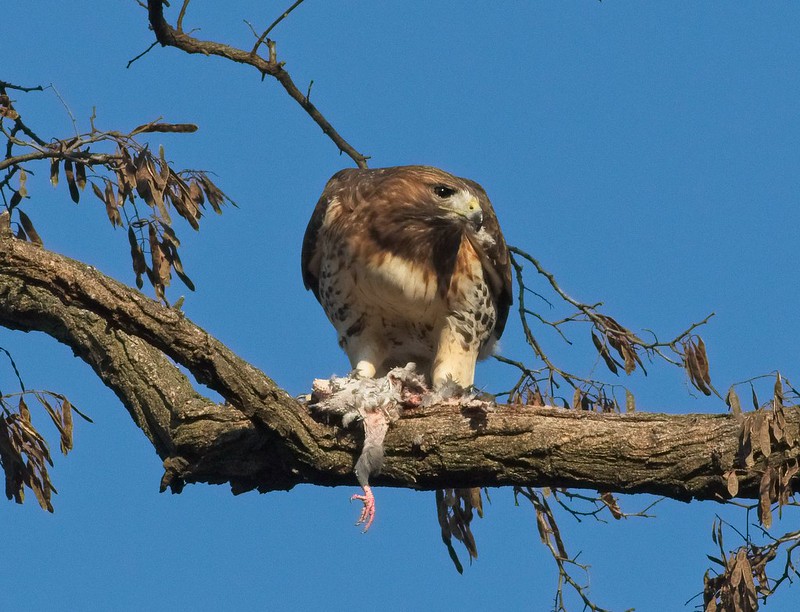 All that was left was the drumstick. 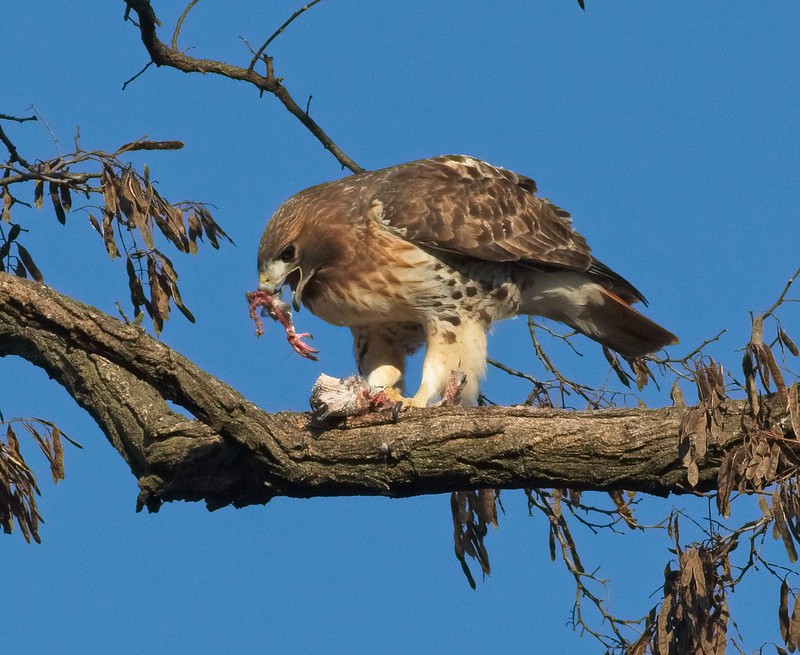 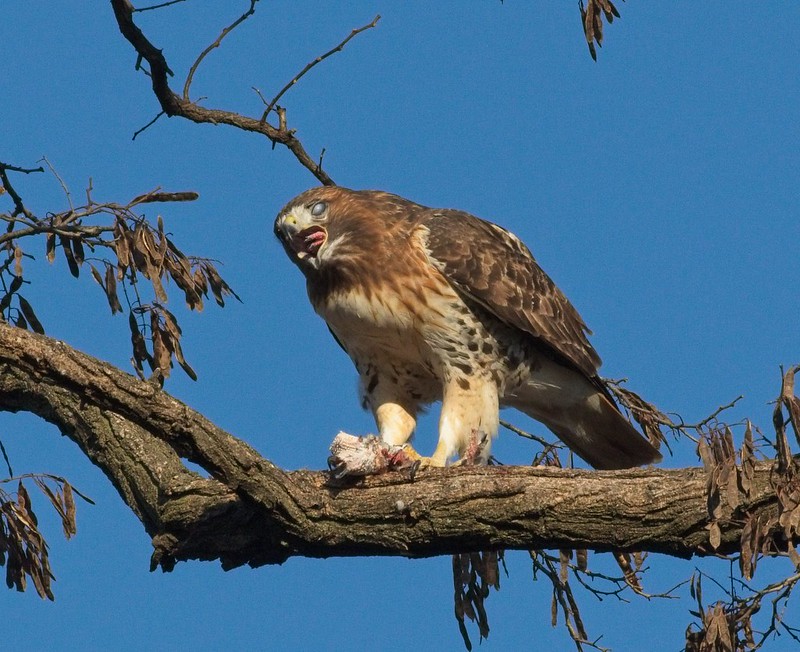 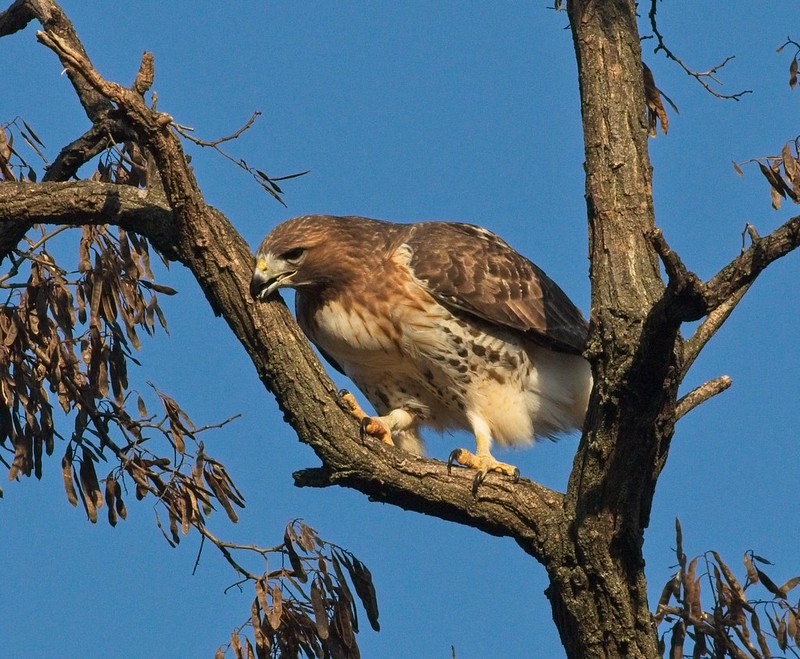 After such a big meal, Amelia showed off her huge bulging crop. She then spent the next hour resting and digesting. 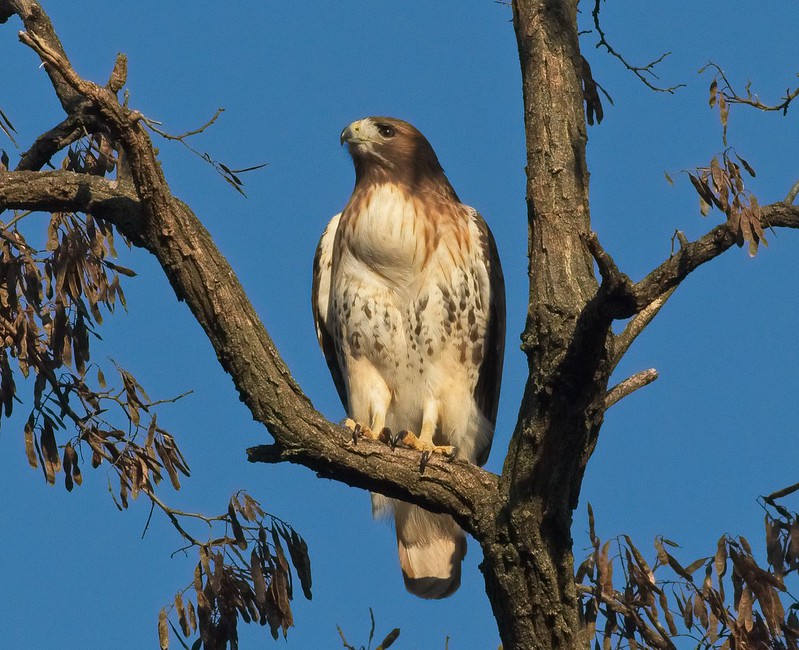 Meanwhile, Christo took up a pose on his golden throne, the top of the flag pole in front of the park offices. 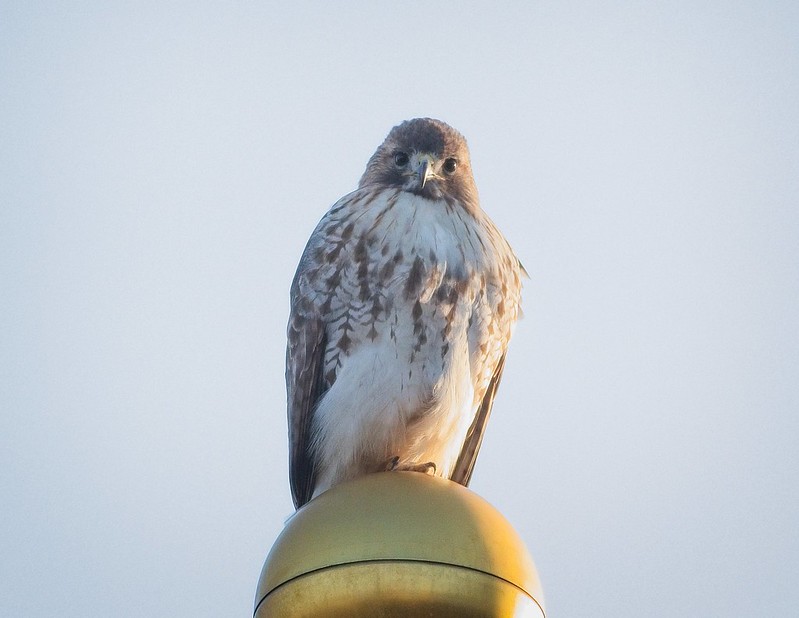 Something caught his eye... 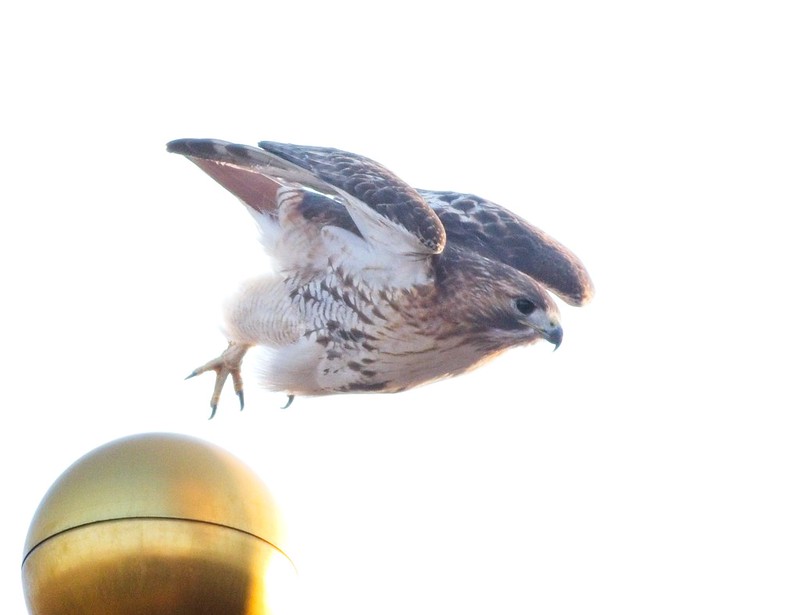 I followed him to a tree near the Temperance Fountain, where he was taking in the last of the late afternoon sun. 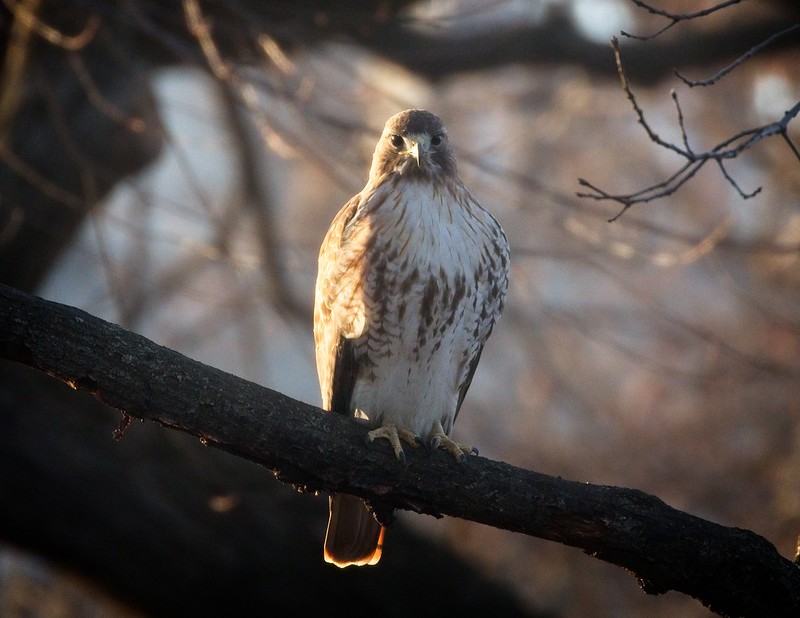 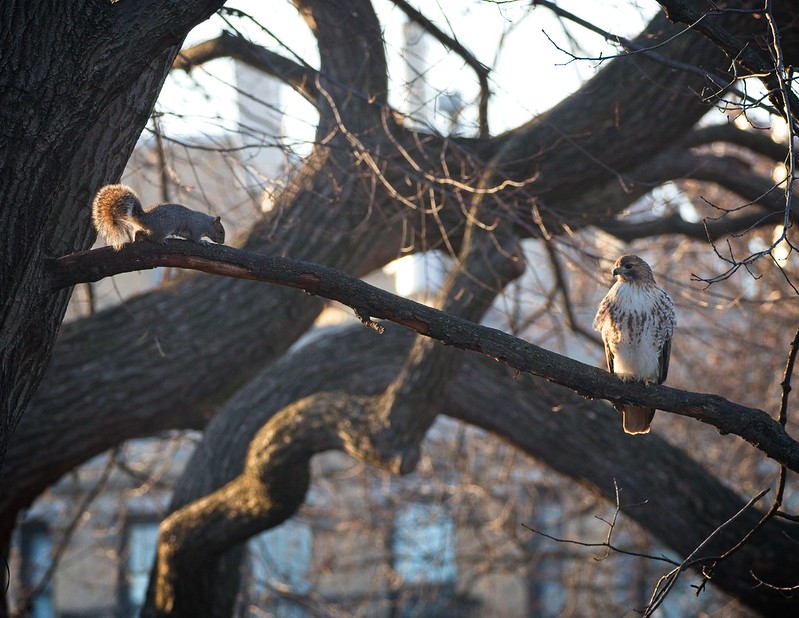 Instead, Christo chose to dive after something else. 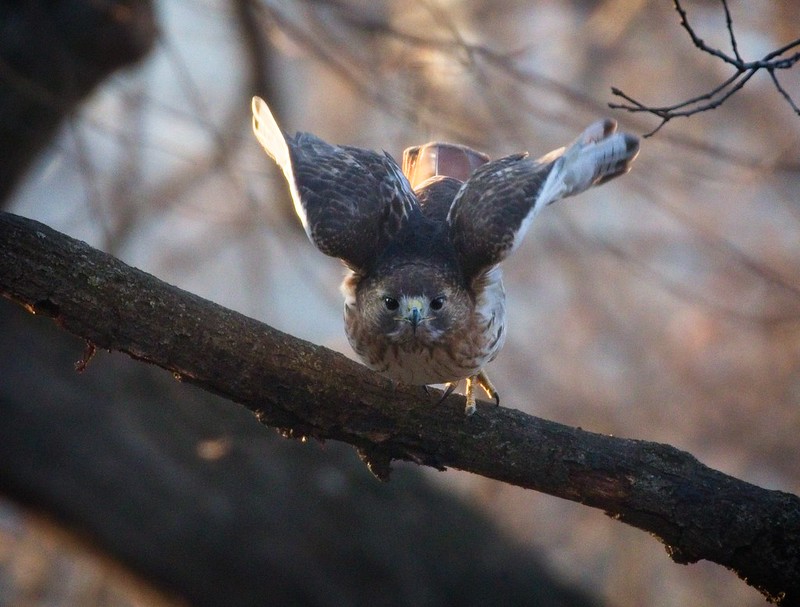 Something right in front of me. 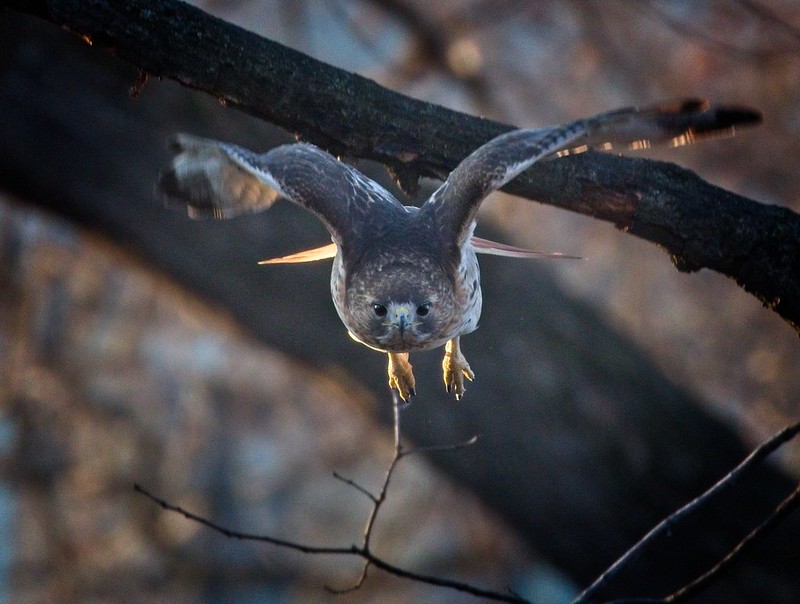 My camera lost focus after this. He landed on a rat that had been frolicking in the grass a couple of feet in front of me. 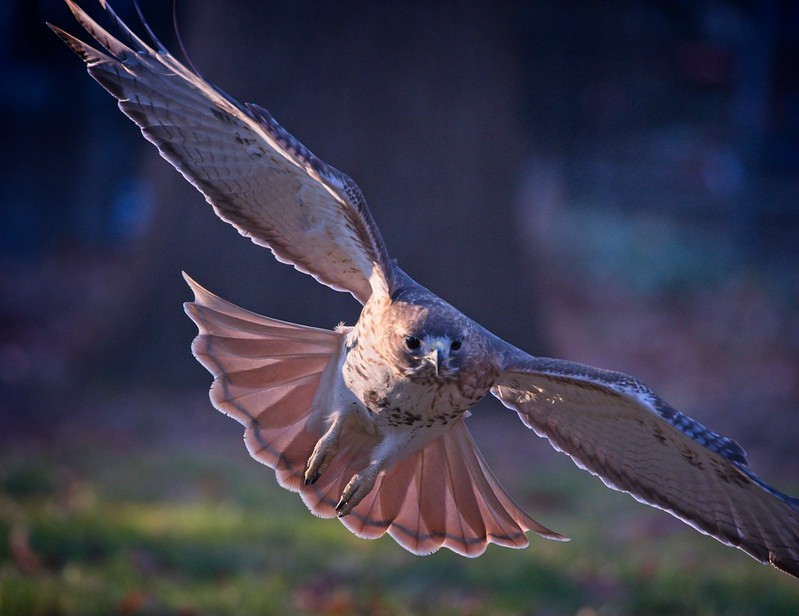 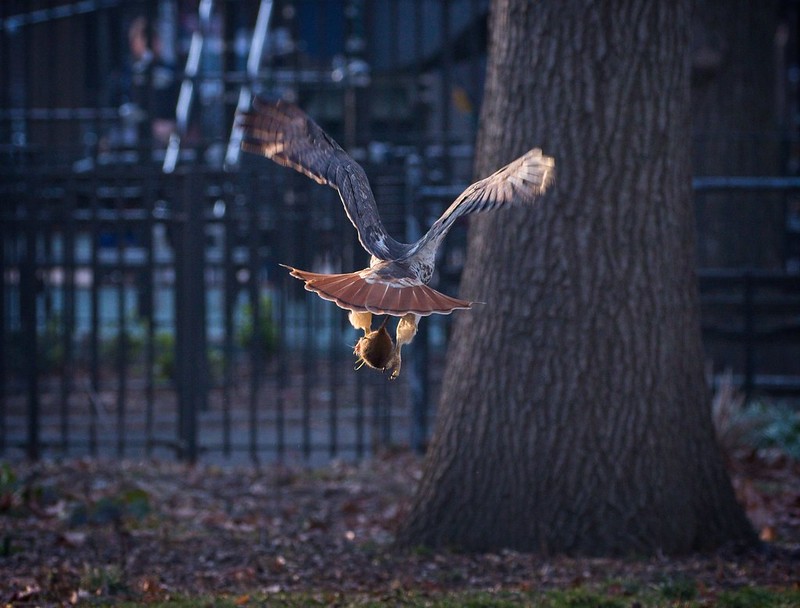 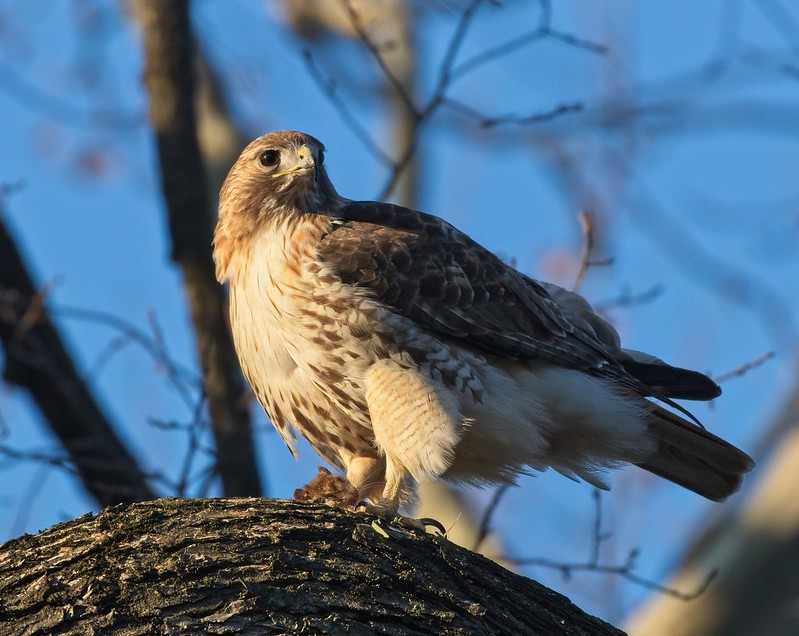 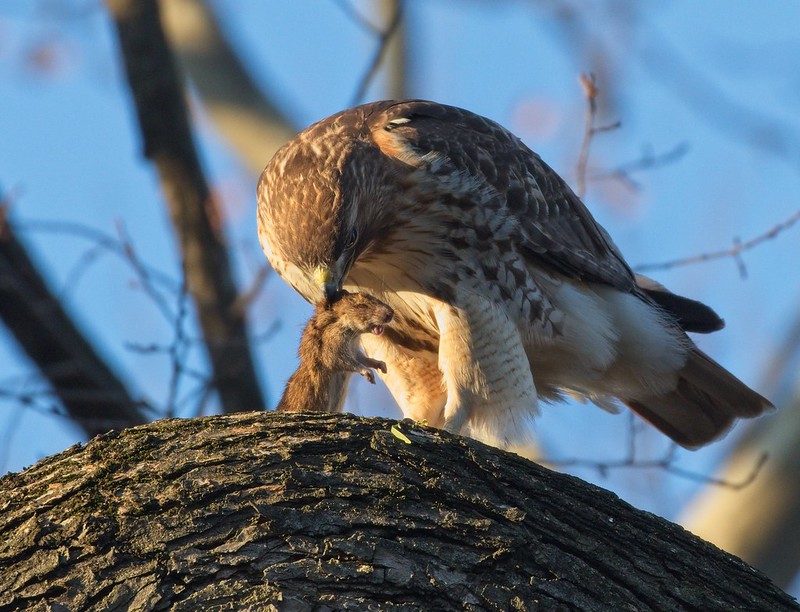 The procedure is to pop off the head and eat that first. 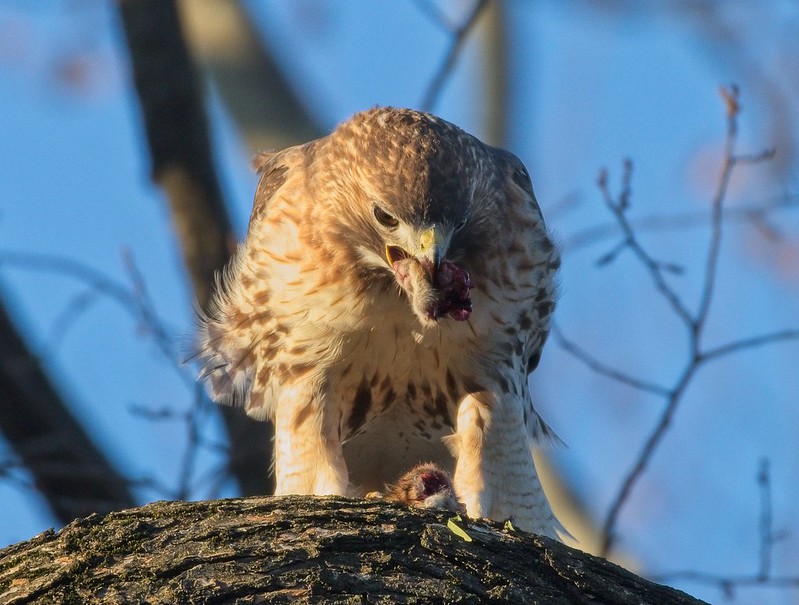 As Christo enjoyed his dinner, an immature Cooper's hawk snuck into the tree across the way and watched as Christo ate. 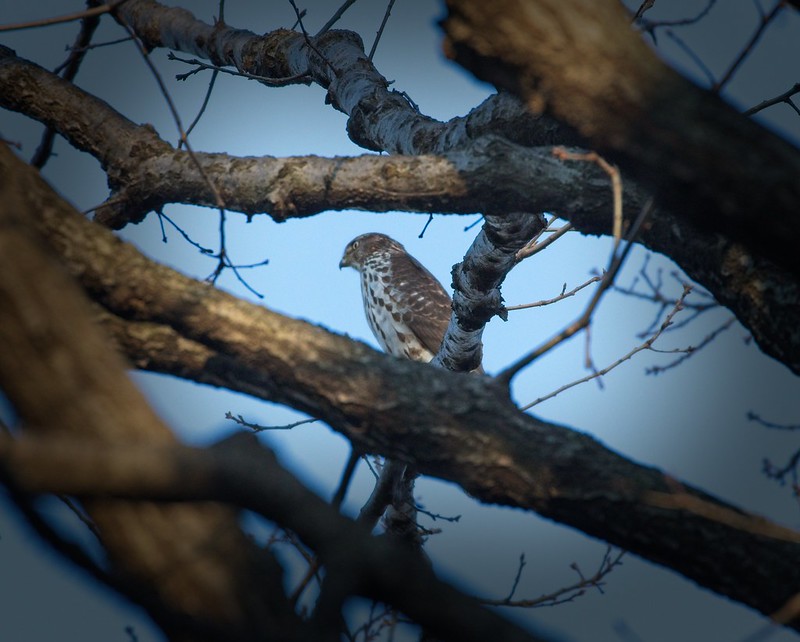 No time for chasing Cooper's hawks today! Christo quickly downed the rat and took one last look around before the sun disappeared behind the buildings. 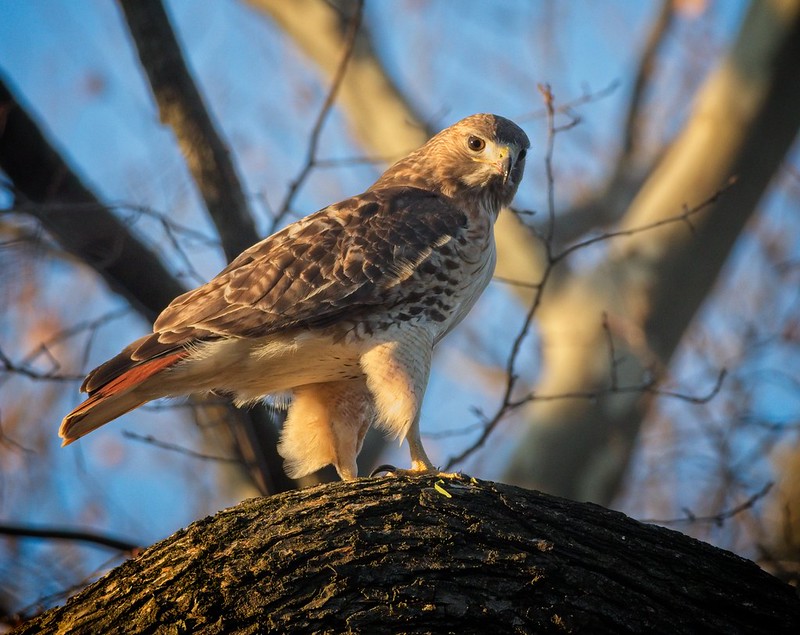 And then he went off to roost under a fire escape. In winter months, he usually does this, keeping close to the warm brick buildings. 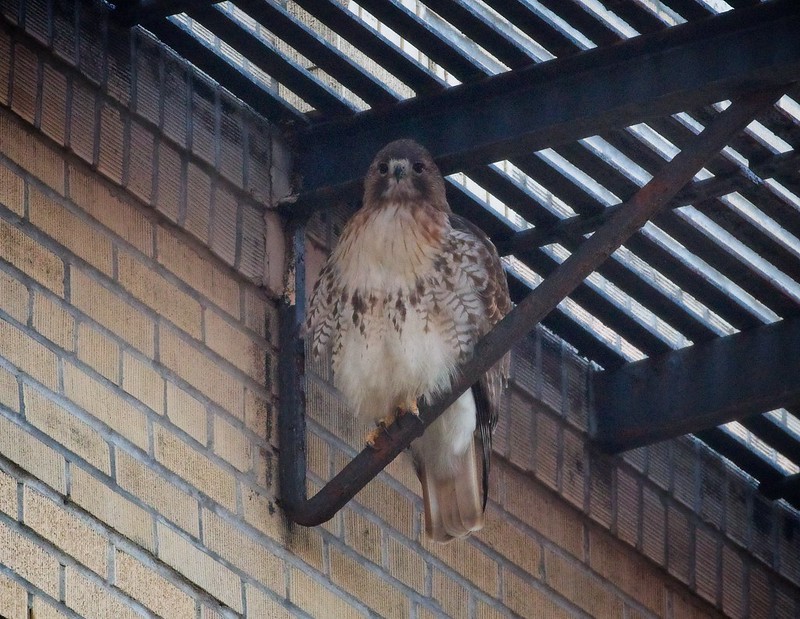 After Christo was put to bed, I returned to check on Amelia. She did not stay in the park, but disappeared over the buildings west of Avenue A where I was unable to relocate her. I've only caught her going to roost once - she's much more secretive than Christo, who sticks close to the park at night.
Posted by Laura Goggin Photography at 8:54 PM