Egg time for Christo and Amelia 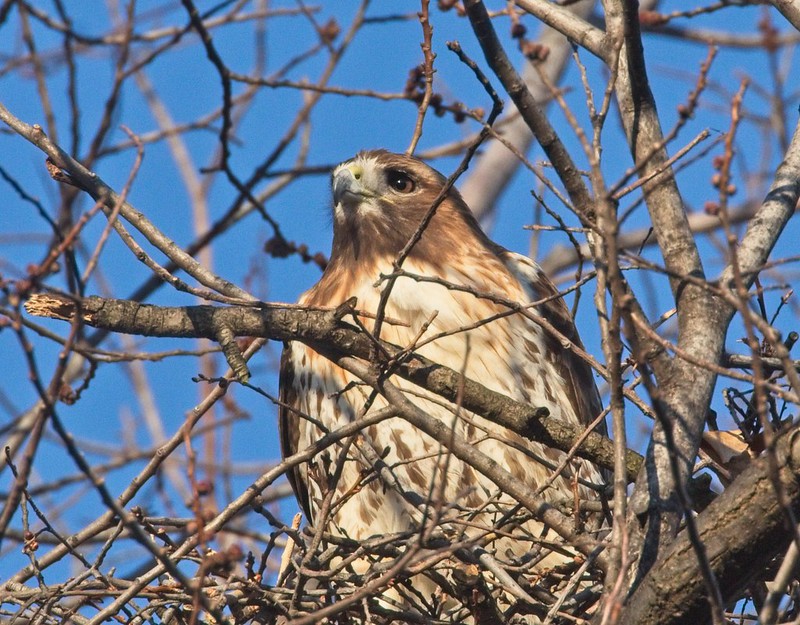 We cannot see into the nest as it is high in a tree, but we can make educated guesses about what is going on up there based on the hawks' behavior.

Leading up to this moment, both hawks had been active throughout the day, but Amelia settled into the nest late in the afternoon. Christo brought her a rat in the nest, but she wasn't interested in eating. He took it to a nearby tree, eating it and periodically calling to her to come and eat as well. She remained perched on the edge of the nest for about half an hour. She then sat down low in the nest for a few minutes, then popped up suddenly and immediately began digging around and making motions as if she had just laid an egg. She then laid down in the nest. Christo visited a couple of times, but she wouldn't get up, and she ended up spending the night there while Christo roosted in a nearby tree. 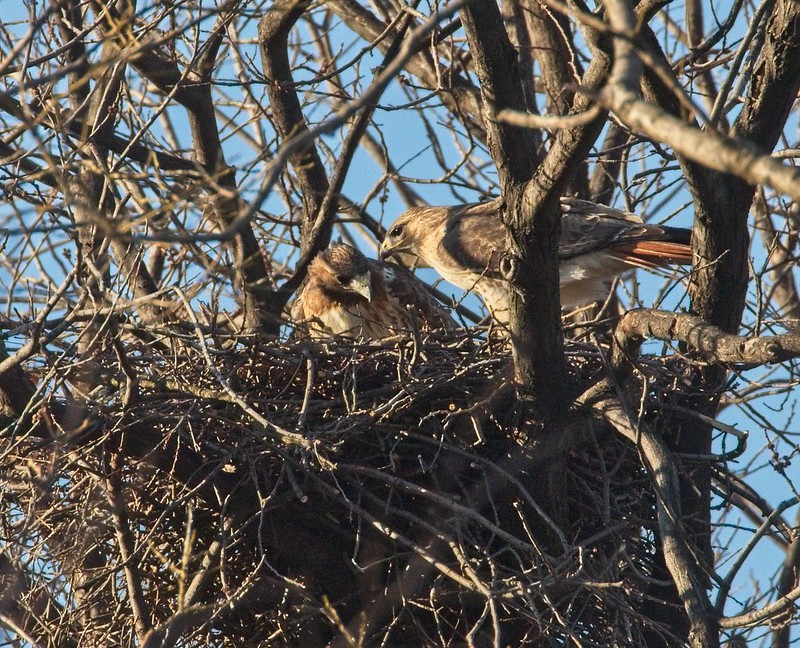 I wasn't positive of the situation until I returned to the park at sunrise this morning and found Christo laying down in the nest and Amelia perched nearby. He came out for a few minutes and they mated, then returned to the nest with tree bark. At that point, Amelia laid back down in the nest and remained there for most of the day. I saw them trade places twice, which is classic brooding behavior.

Hawks usually lay 1-3 eggs over the span of a few days. After the first egg is laid, they will continue to leave the nest to mate, but Amelia will stay in the nest through the night. Last year, Amelia appeared to lay her first egg March 13, so they are early this year. However, I'm not really surprised as they completed their nest in January and have been mating regularly over the last few weeks. Incubation will take about six weeks, so a hatch time would be mid to late April.

Below are some highlights from the last couple of days.

Amelia on the nest: 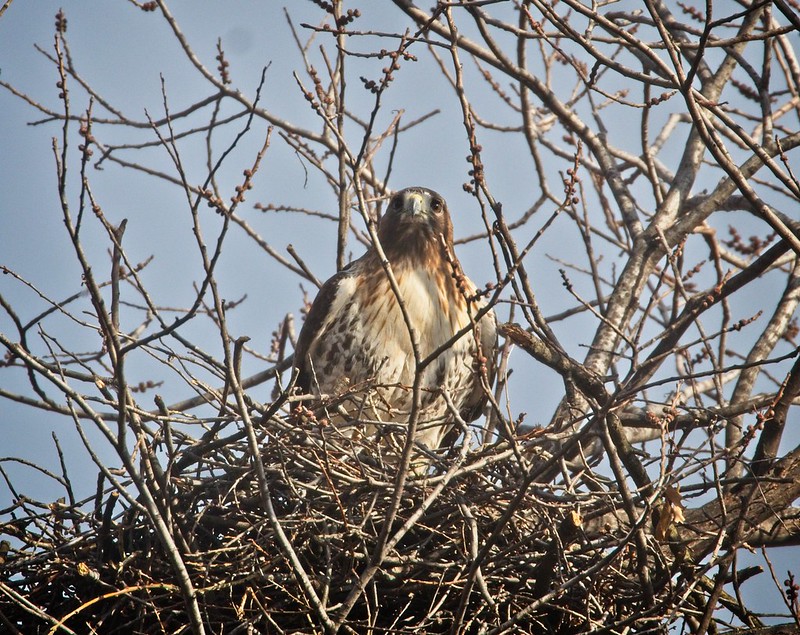 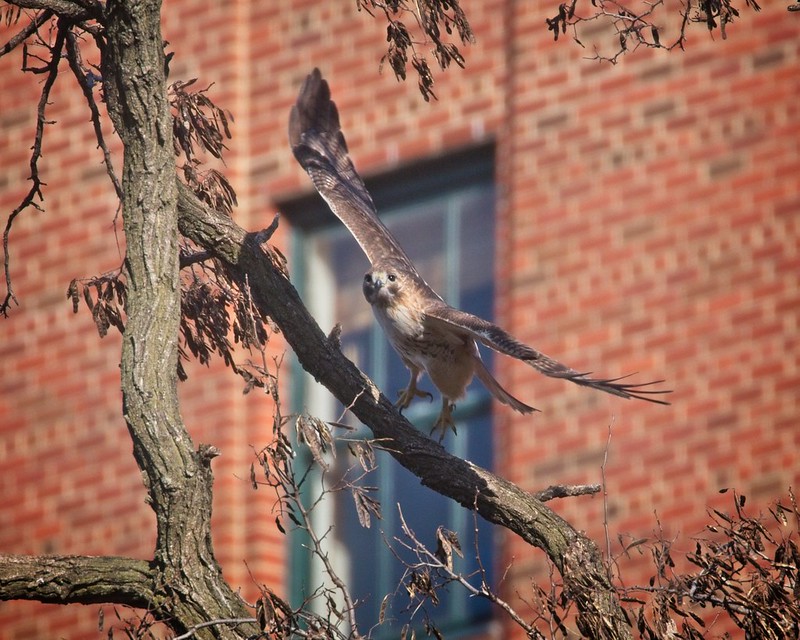 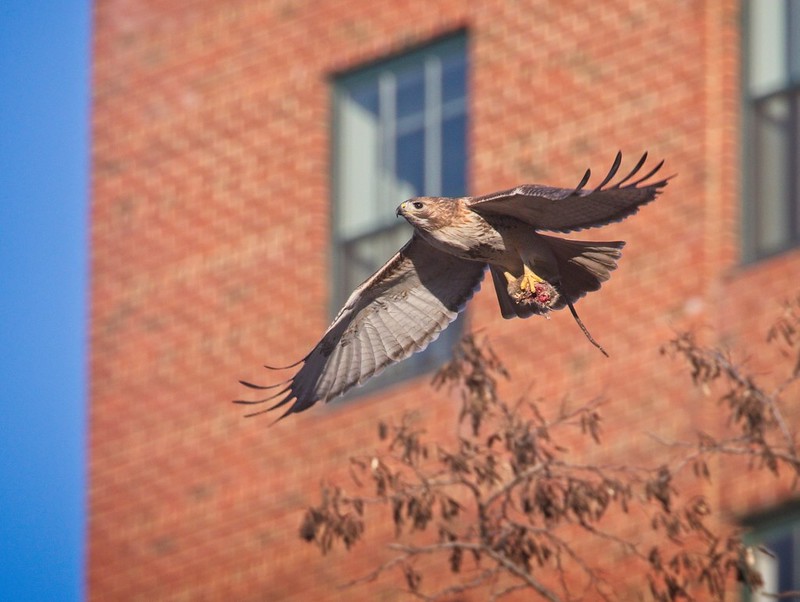 Christo and Amelia hanging out at Most Holy Redeemer church: 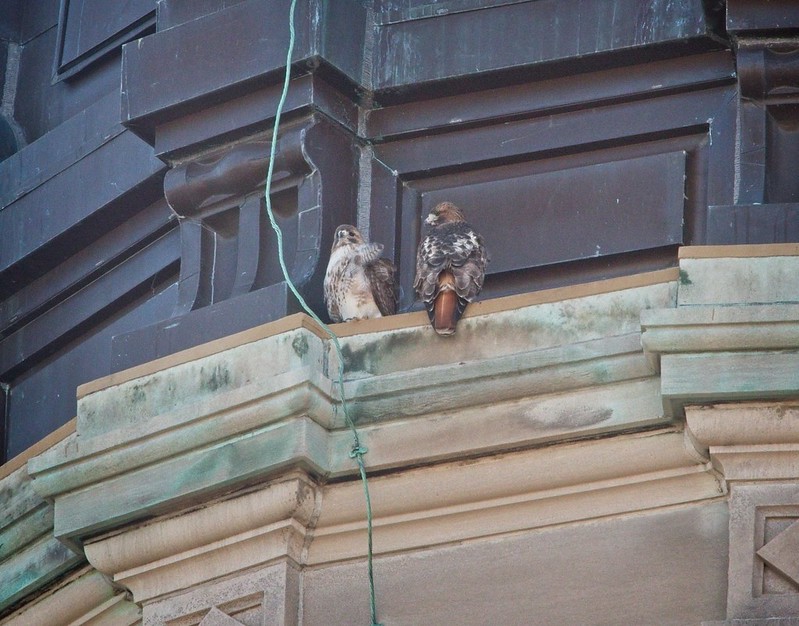 Mating on the church! 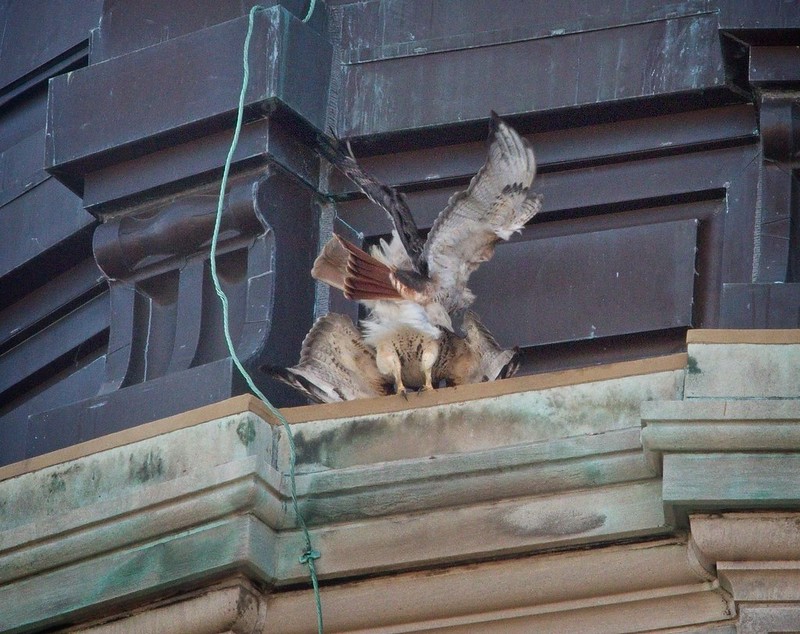 Mating on the cross! 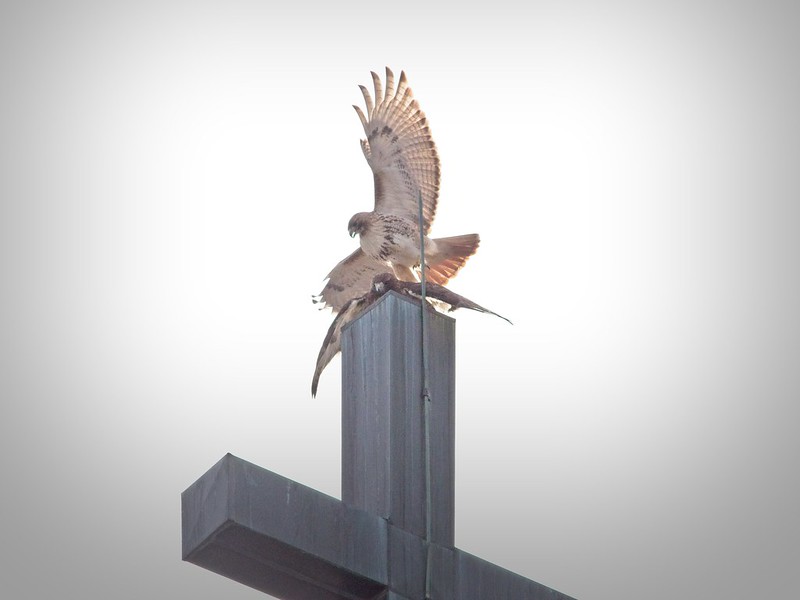 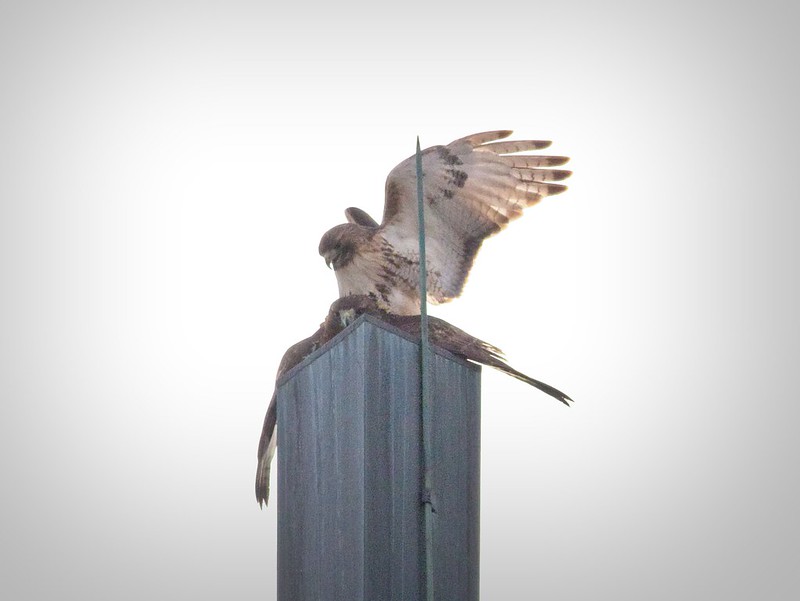 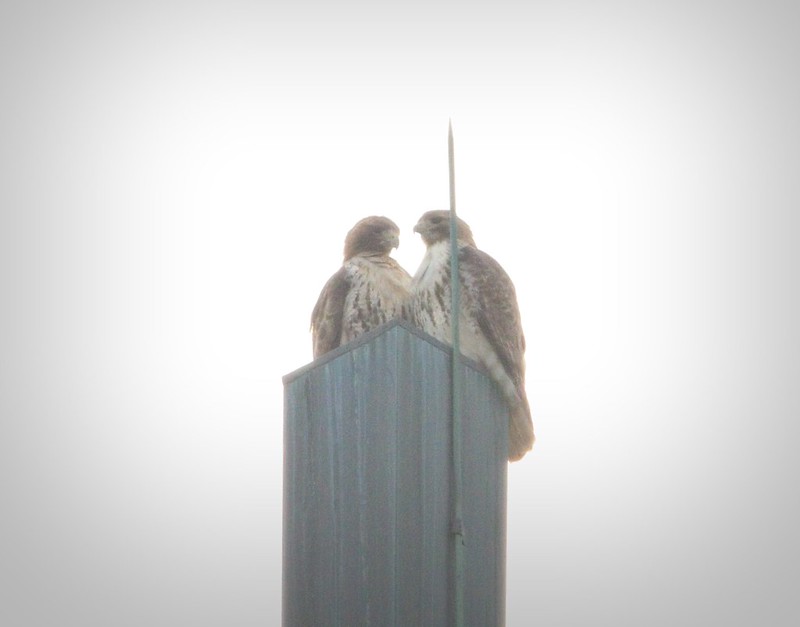 Amelia and Christo on the cross at Most Holy Redeemer as evening sets in: 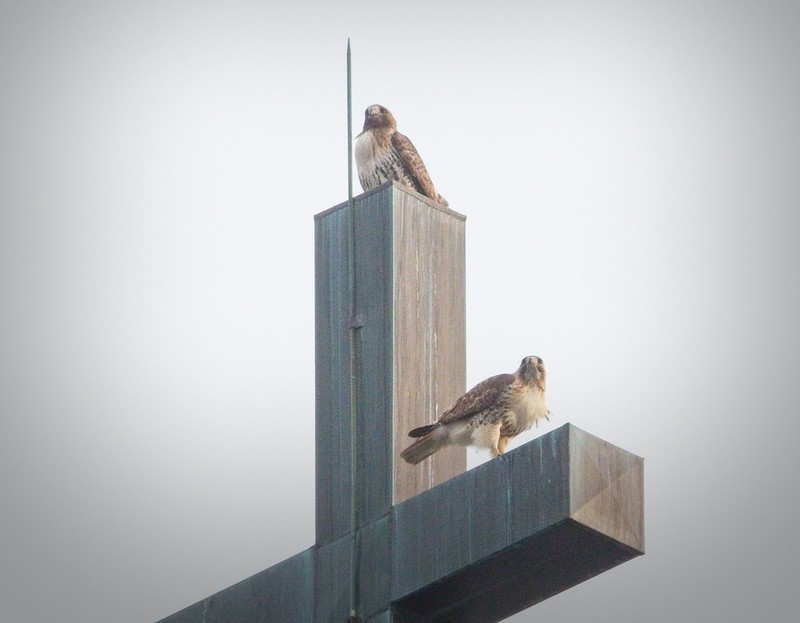